Ever had the desire to cut a couch into pieces? Shahar has, and for quite a while. It finally happened during the 49th round of PILOTENKUECHE international residence program. Mundane objects and structures such as the couch, stairs, or a door are endowed with new roles, or rather, they get stripped from their original purpose in Shahar’s works. She deals with memory and relationships: right at the intersection of art and science.

From alienation to relation

Needless to say, the pandemic took a toll on us in various ways. Even though this is such an exhausted topic, it’s still worth mentioning here, since the link to Shahar’s practice is quite strong. Often having dealt with questions around alienation of the human, this rapid change in the world not only surprised, but rather shocked her. Suddenly, the matters she contemplated in her works became so real it made her reconsider her approach. The work 28 Kisses I Bought On Craigslist (2020) captures this shift quite well. Shahar posted advertisements on the website Craigslist and offered to buy videos of users kissing, paying them one dollar per minute. The final piece consists of 28 videos of people kissing in front of their webcams, which was also displayed in various different ways depending on context. Shahar started the project in early 2019, when we had no clue what would come in 2020. “Life imitates art far more than art imitates life,”  said Oscar Wilde. At times it is curious how artworks seem like predictions of the future, when looking back. In conclusion, the pandemic influenced Shahar’s practice to navigate more towards exploring connection rather than observing estrangement.

In the beginning, I wrote ‘happened’ instead of ‘did’ for a reason. Such a distinction is important to understand the process of how Shahar’s artworks come about. As she put it, she acts like a fisher who throws a net in the water and waits for the catch. This method is something very characteristic of her practice. One of the things which interests her most is talking to people or ‘characters’ who she feels ‘have something’. This is also how Shahar found the person who had a couch, helped her transport and cut it up as well. Strangely enough, this happened with the help of another person who joined the process sort of by accident – having had spent the night before on the very couch with its owner, then cutting the couch together with a chainsaw. Shahar filmed the whole process of transporting, cutting, while at the same time, documenting something invisible about the relation of the two people doing it.

The mundane, familiar interests Shahar. In the serie of five sculptures:  Performance of Failure (2019), everyday objects lose their function through acts of subversion. Here, Shahar comments on alienation by capitalist production, and addresses questions of futility, invisibility. Objects and structures become useless, for example in the following video piece: we see a beautiful, empty seashore, with a door in the middle of the scenario, on which a person (the artist) knocks from one side, then walks to the other to open, just to find out that there is nobody there. Then she closes the door, and knocks on it from the other side, And this continues on and on, in a loop. Another sculpture features a piece of a staircase, rotated from diagonal angle to horizontal, becoming completely useless compared to its original purpose. 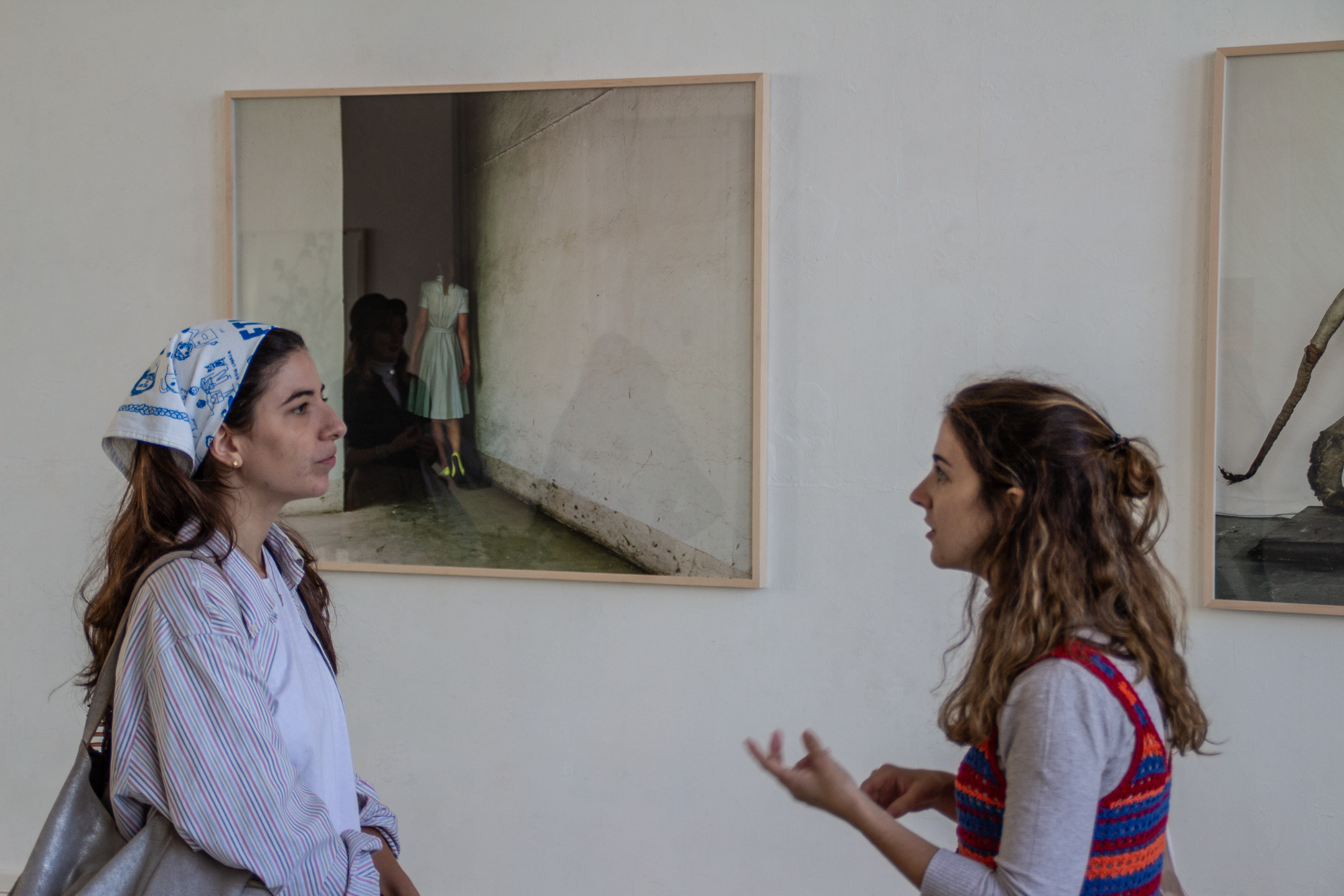 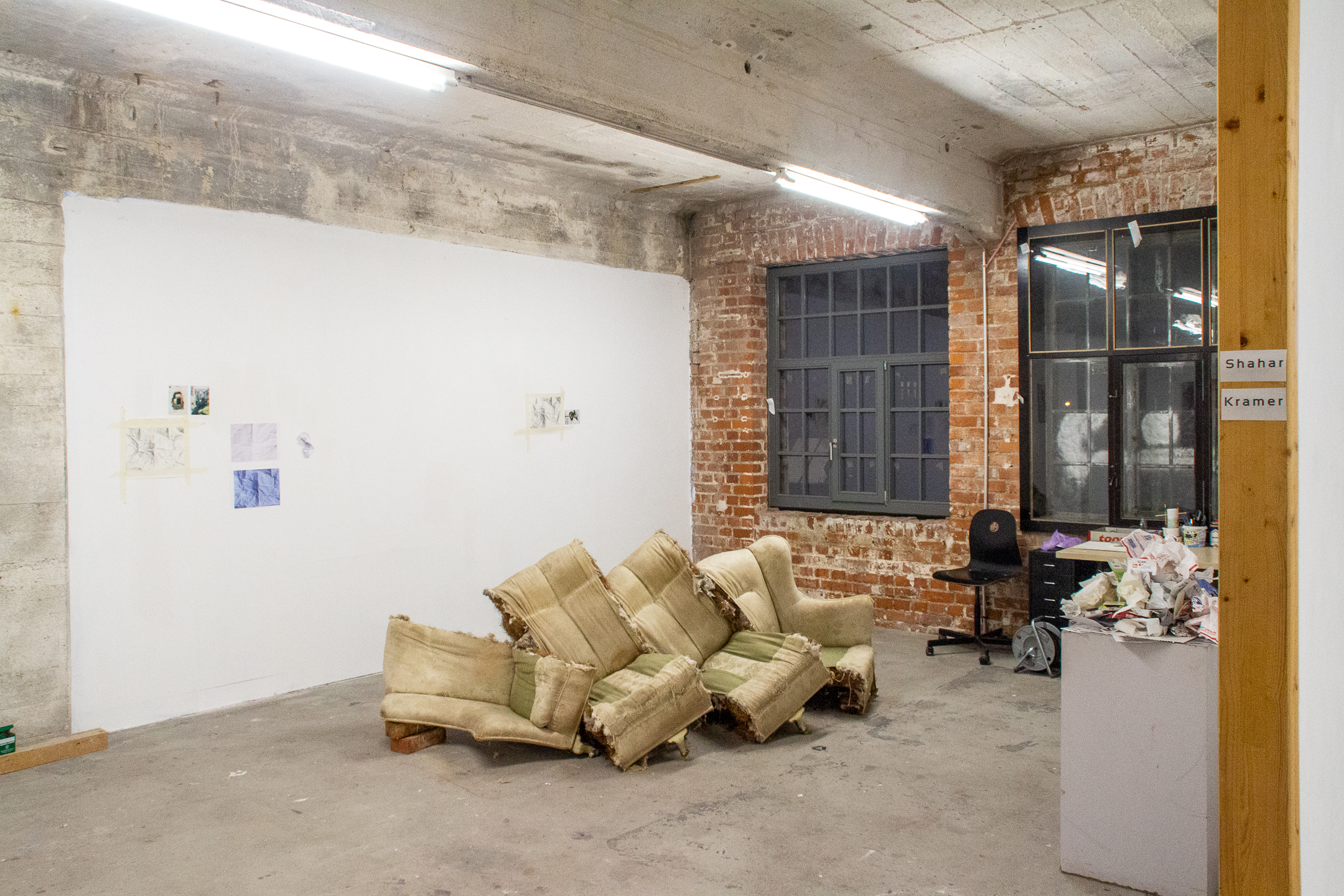 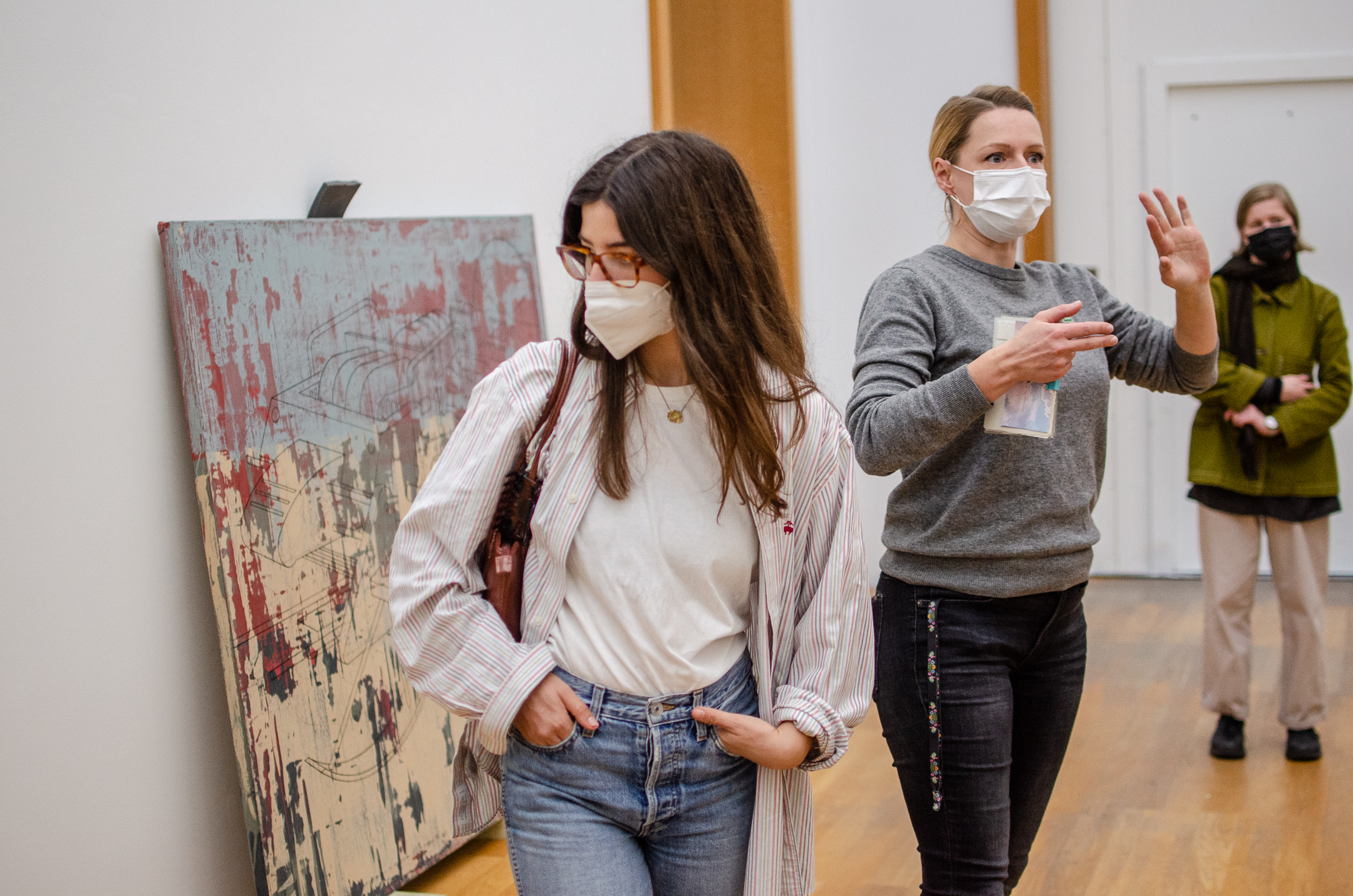 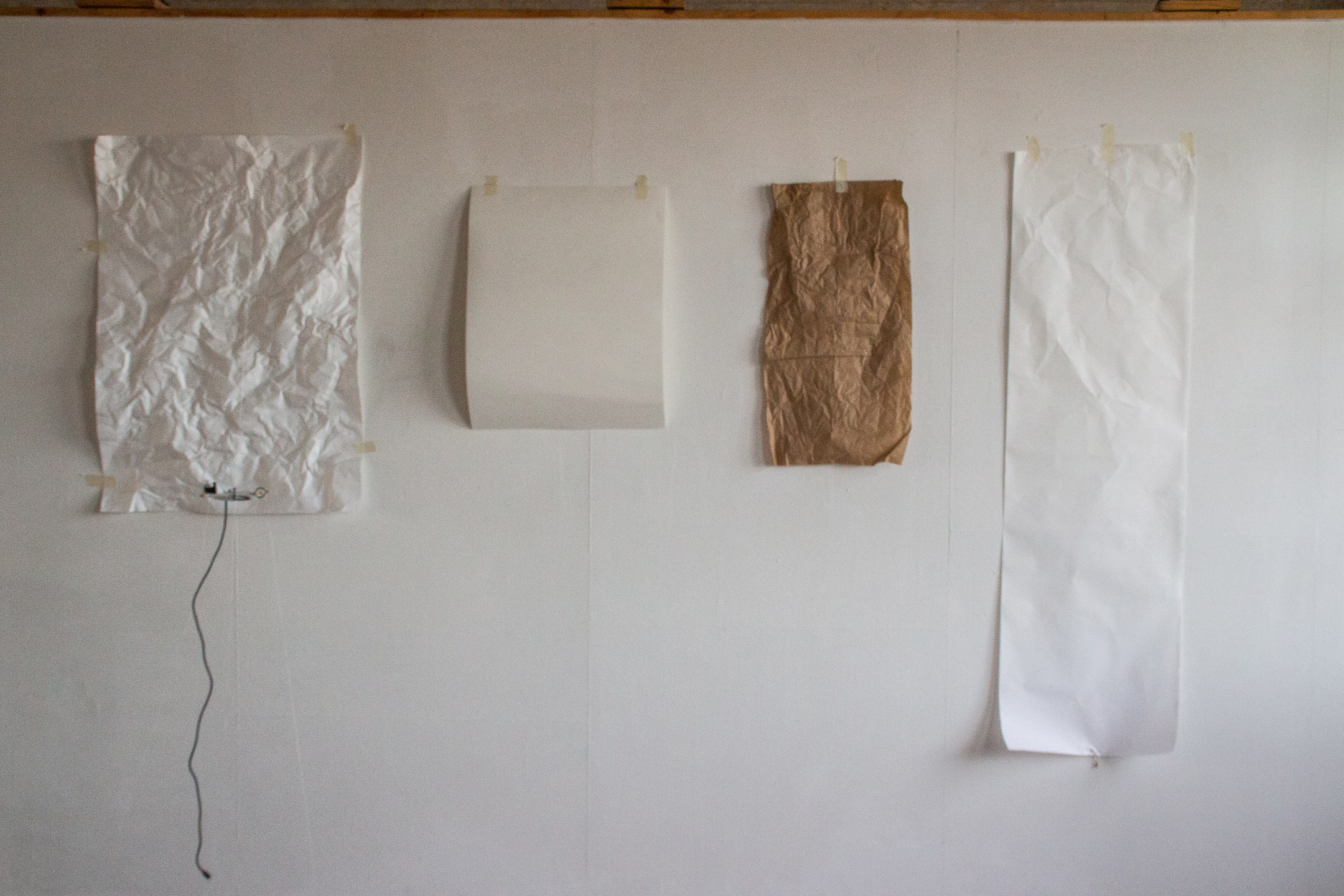 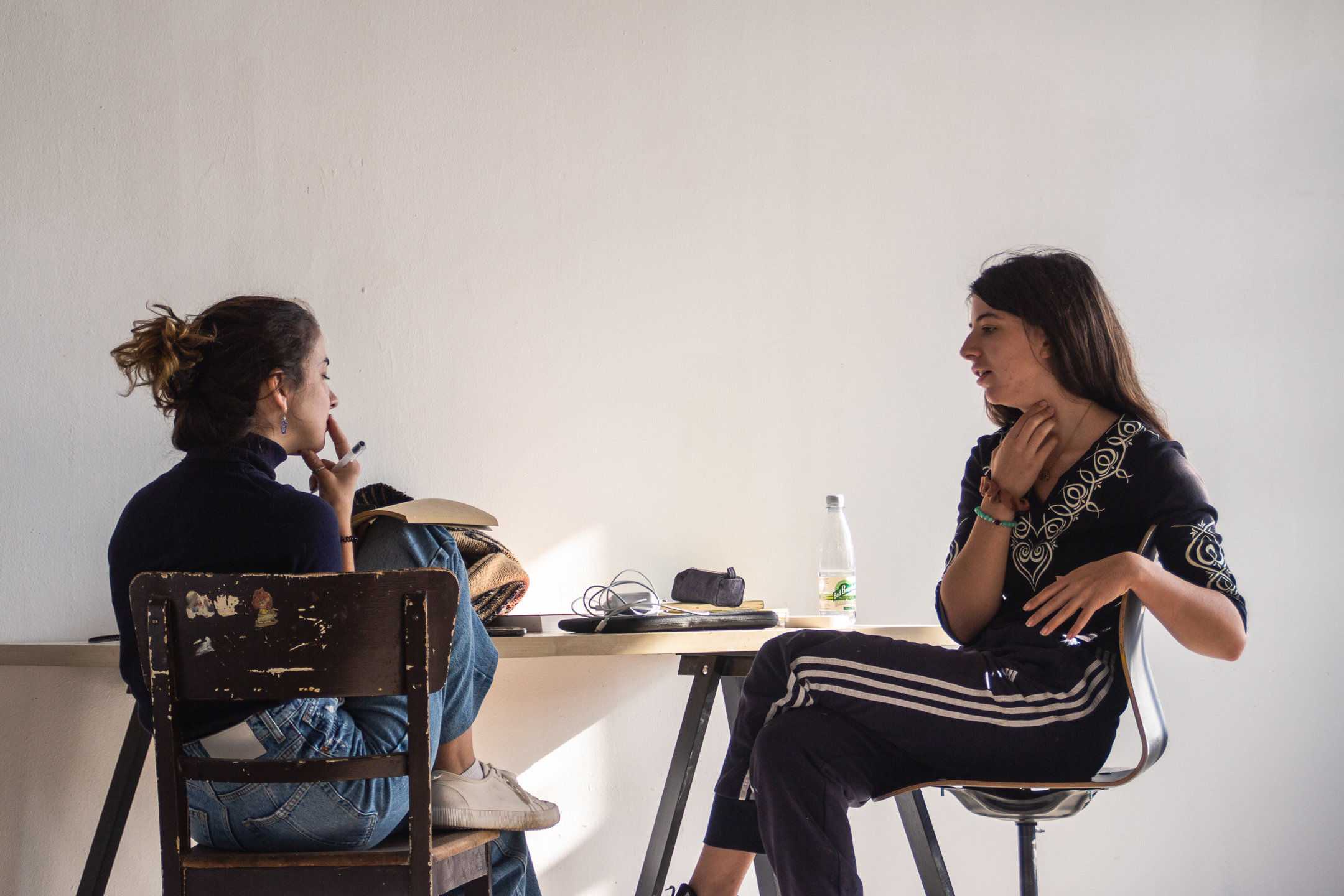 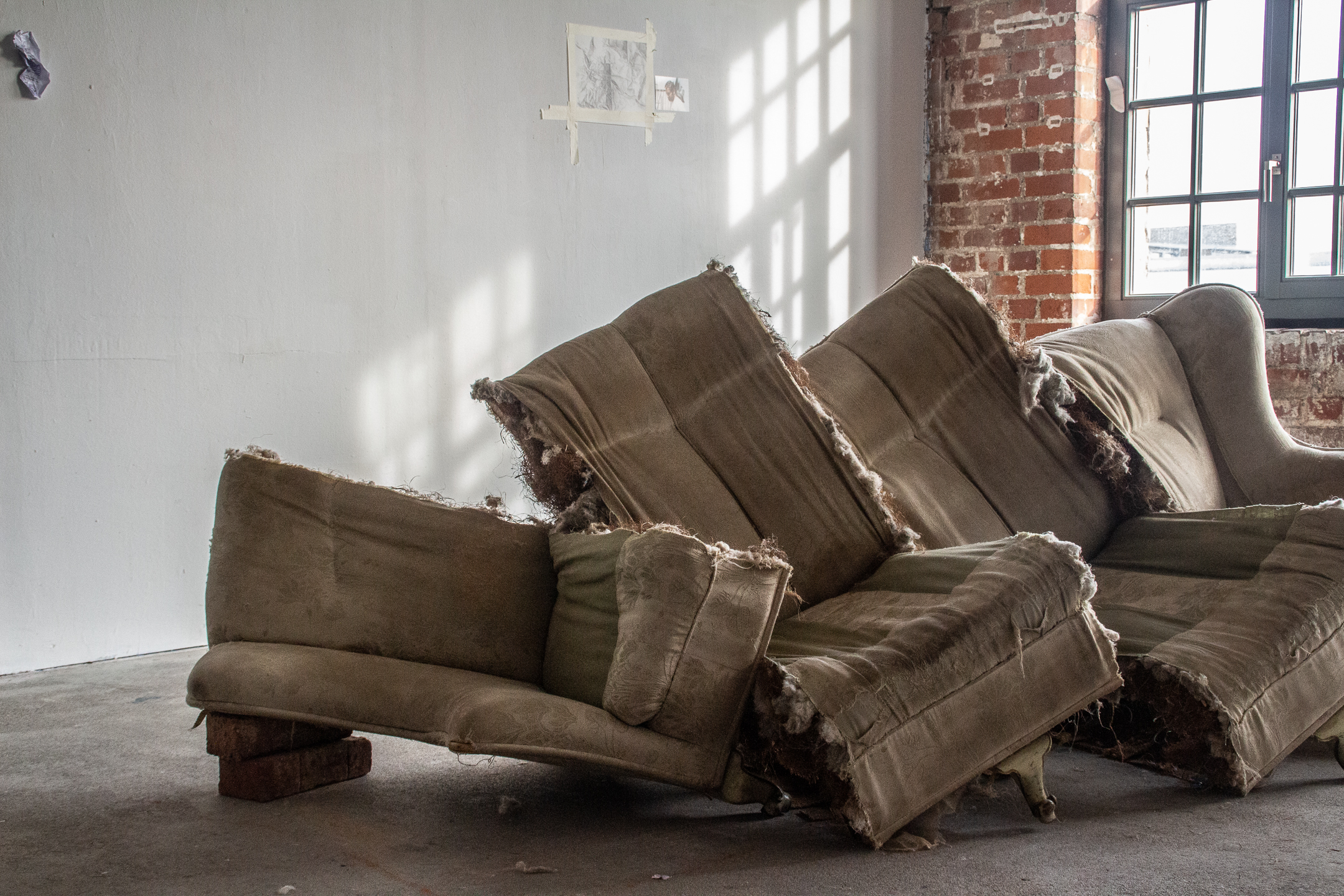 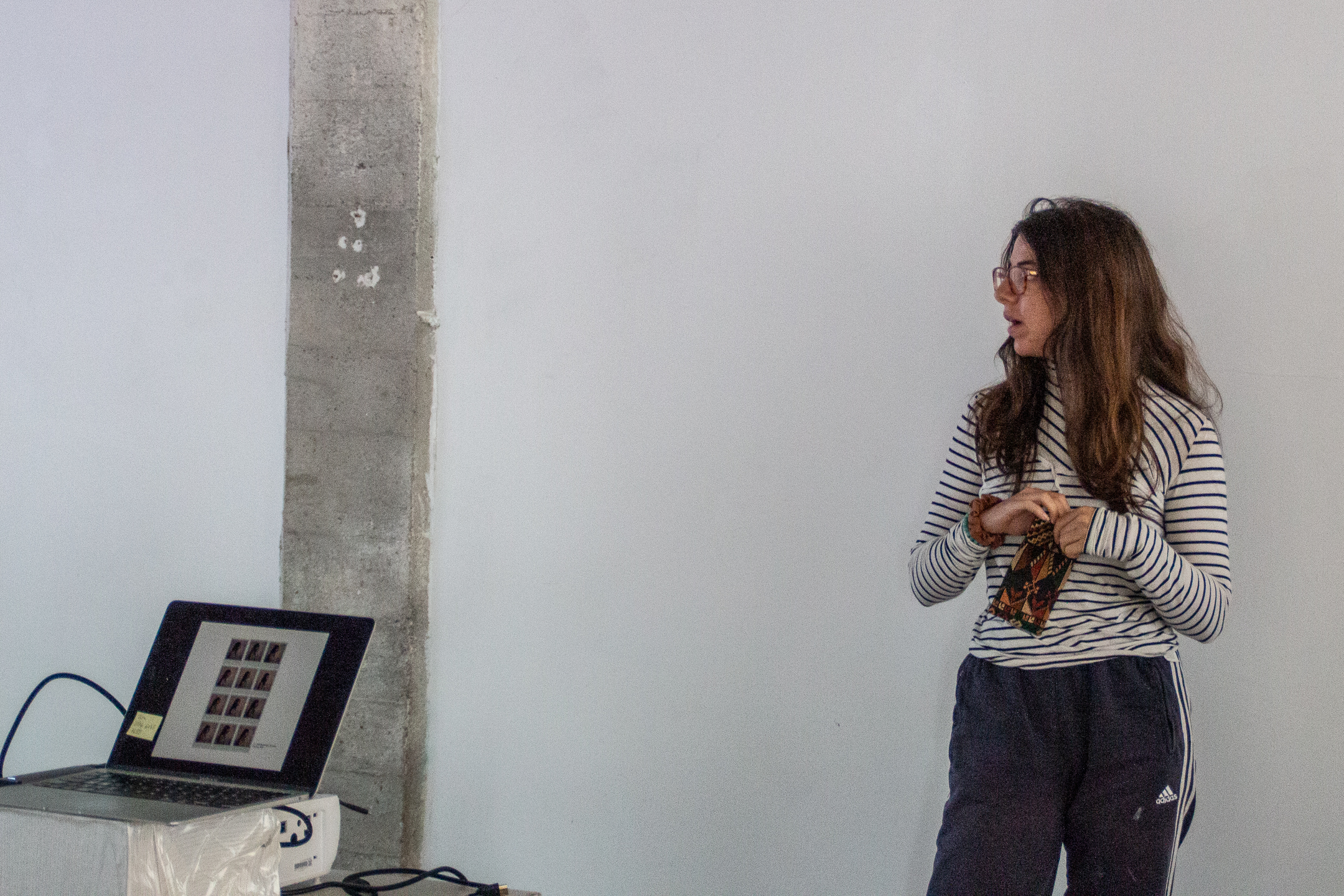 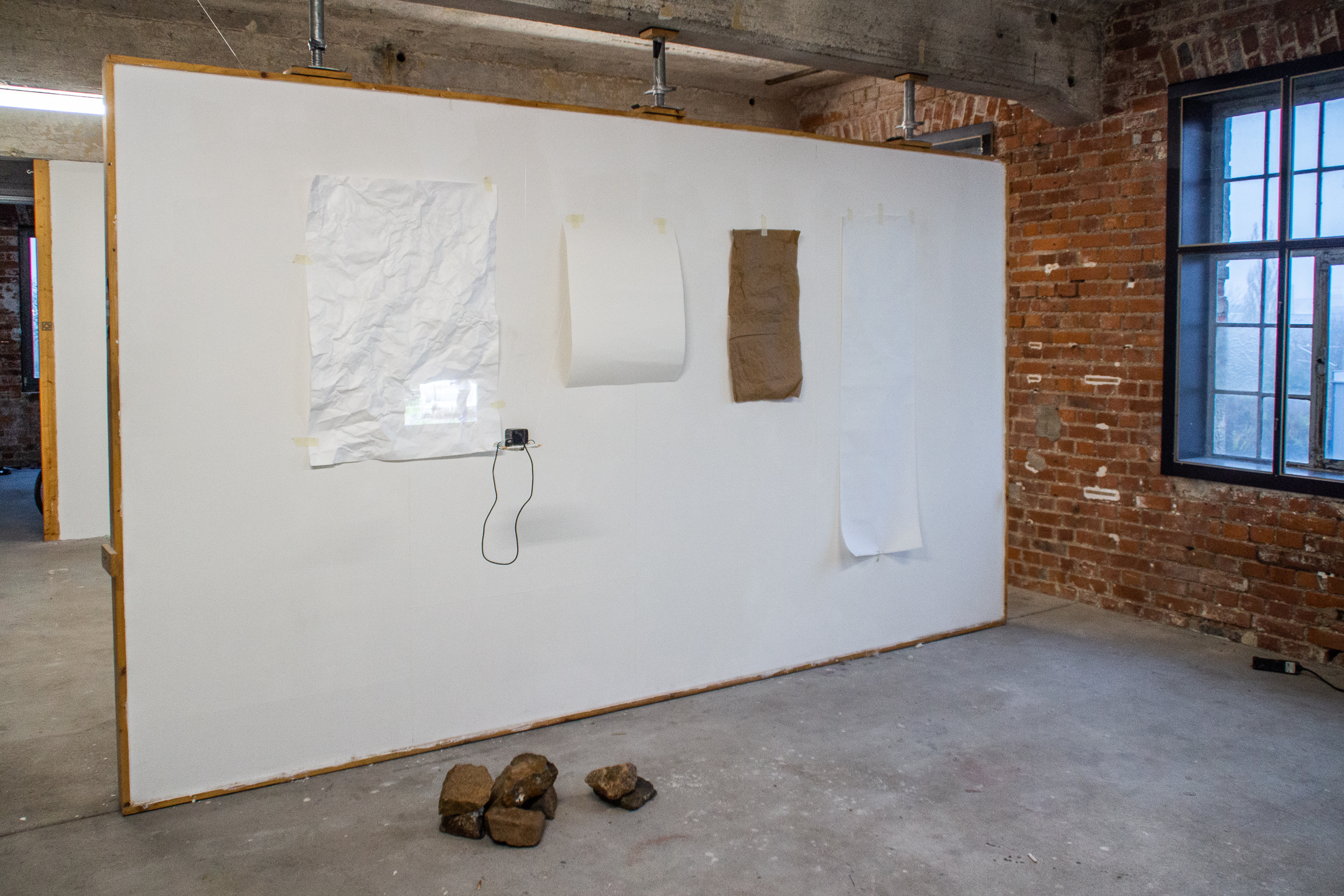 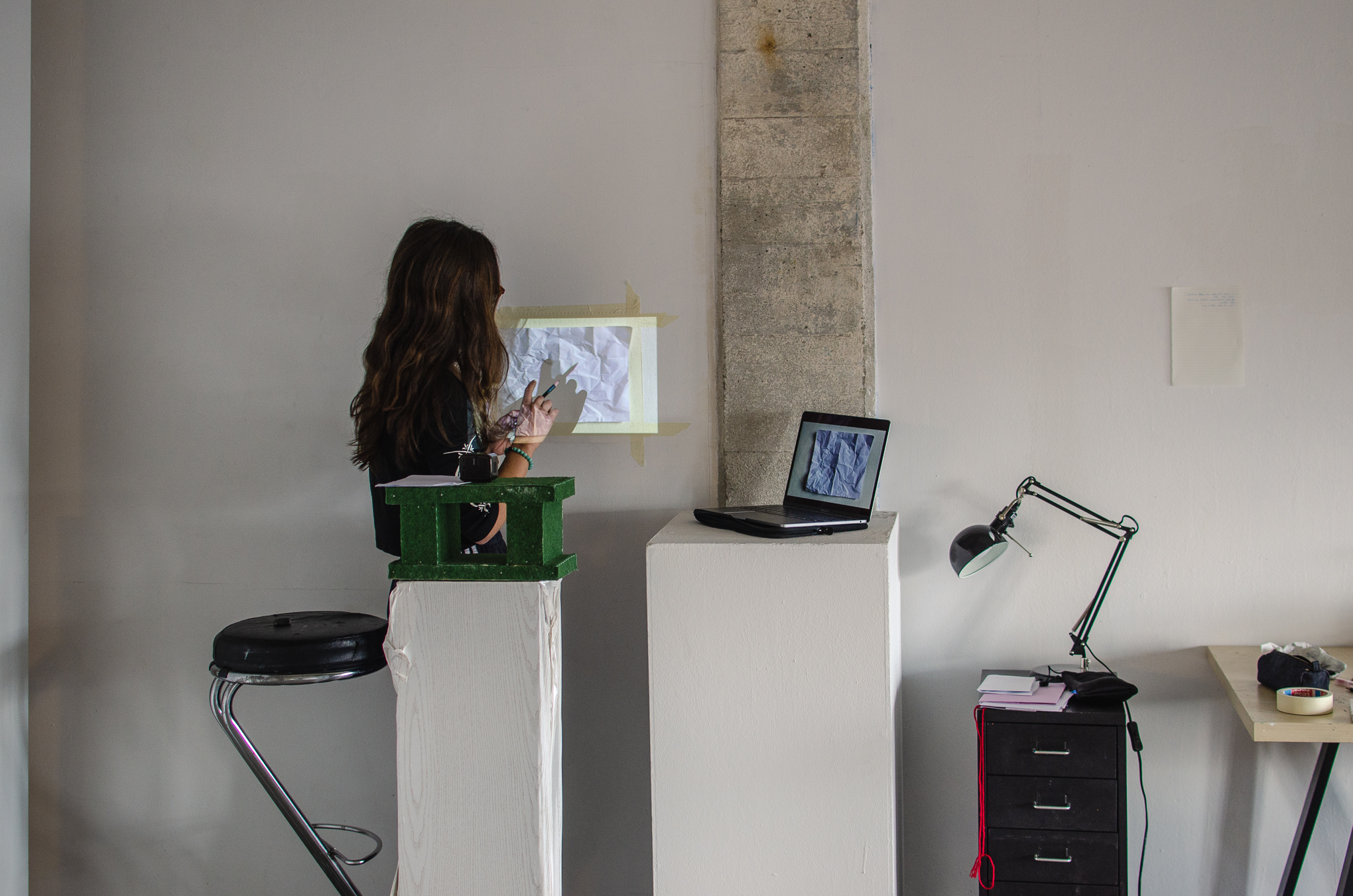 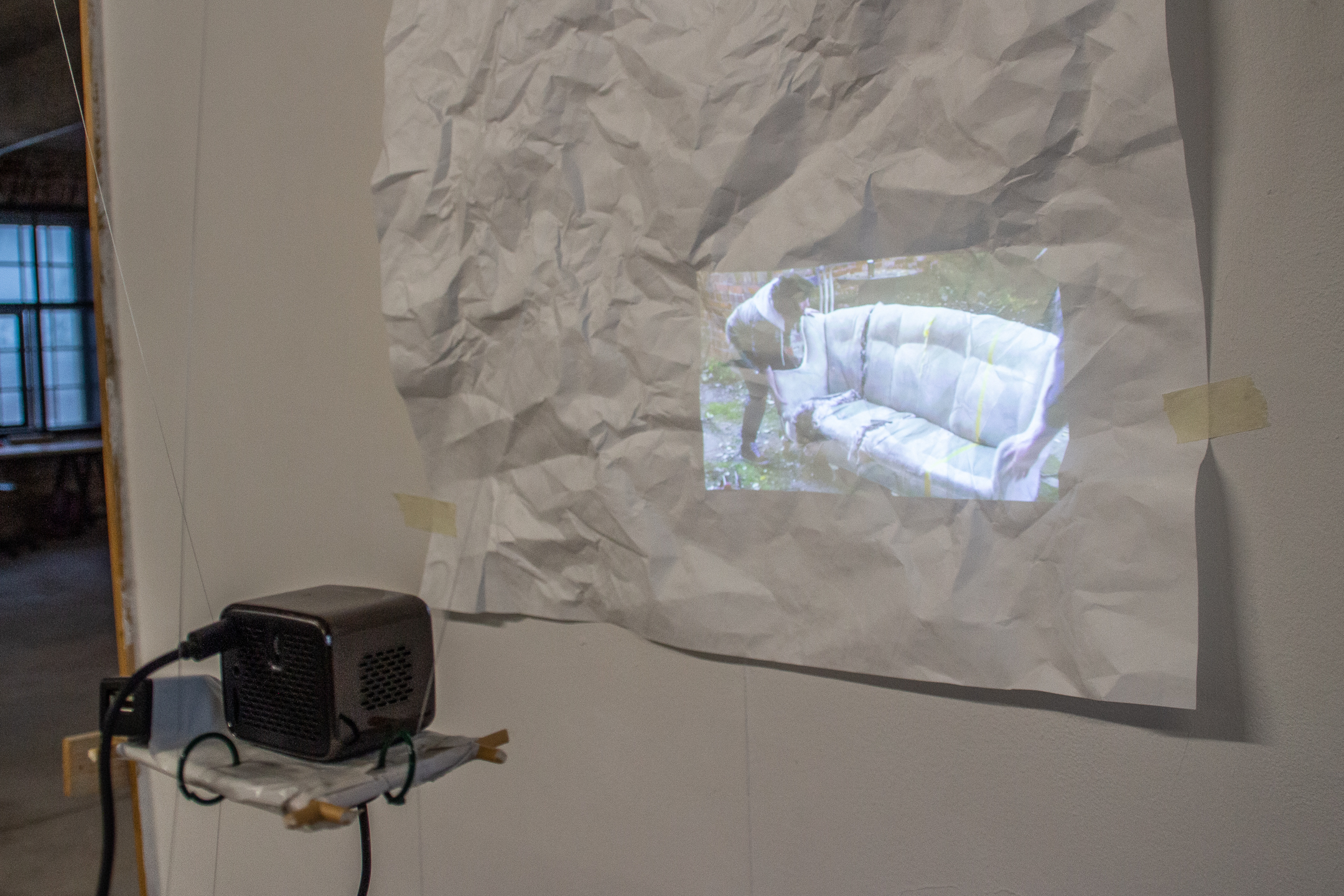 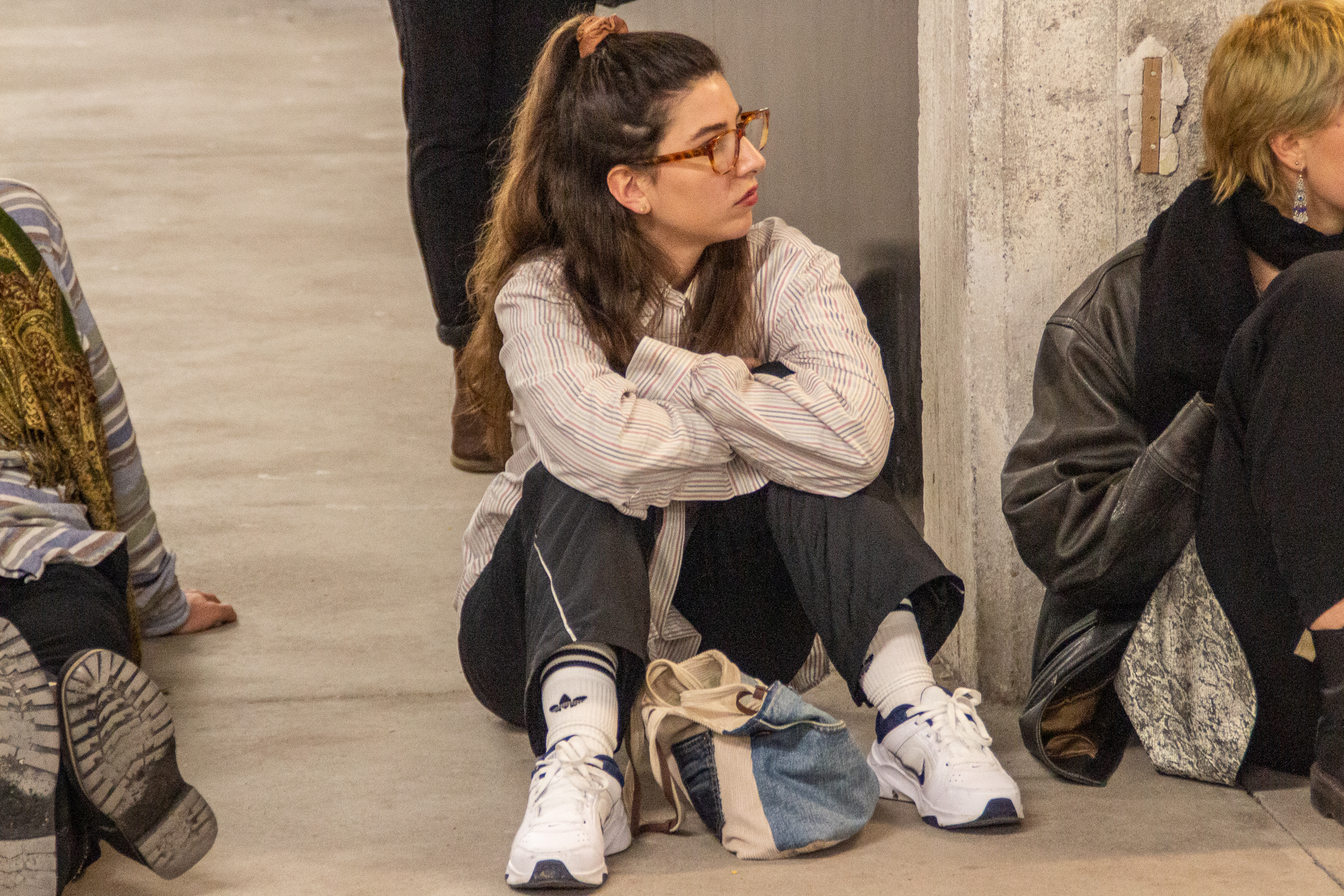 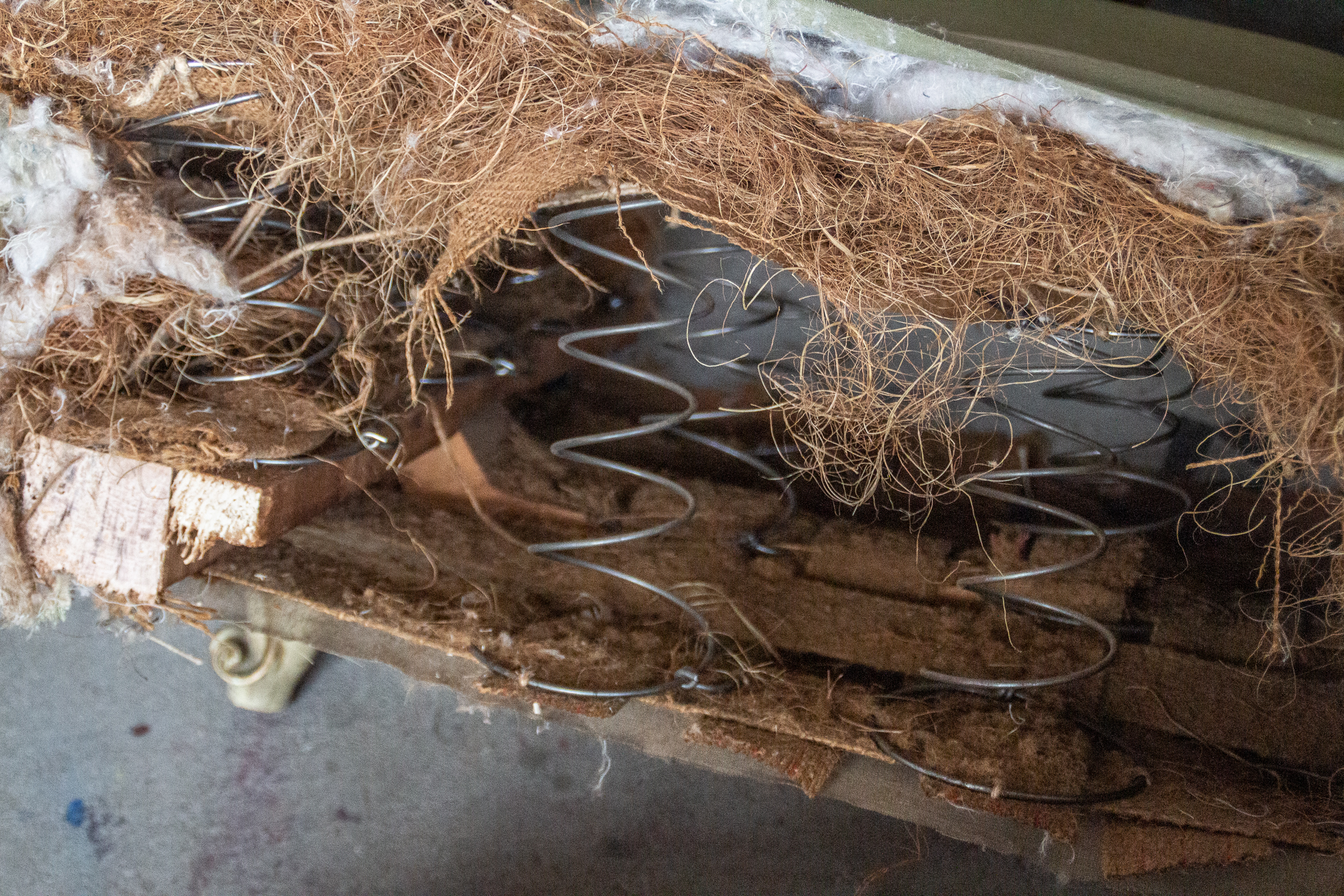 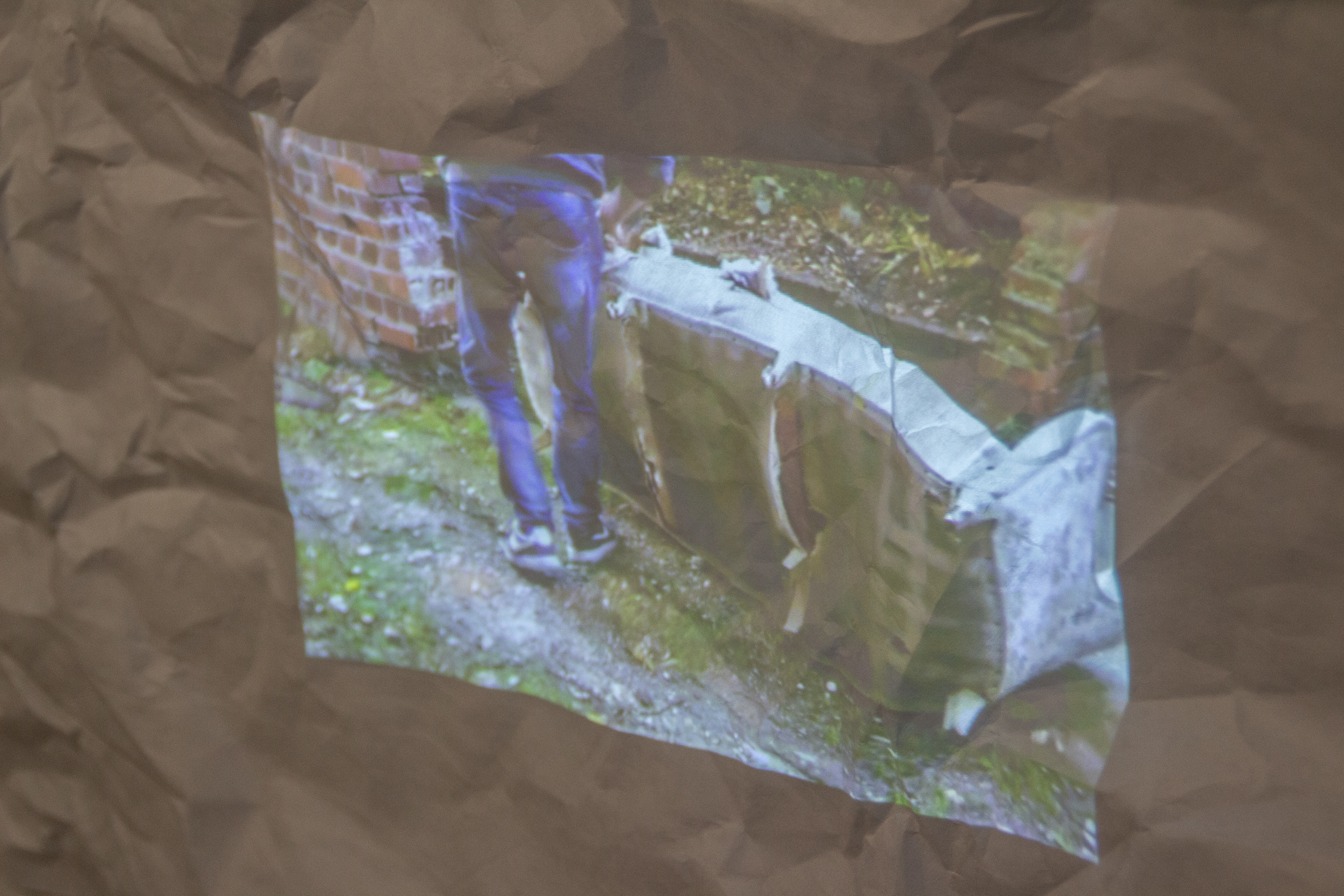 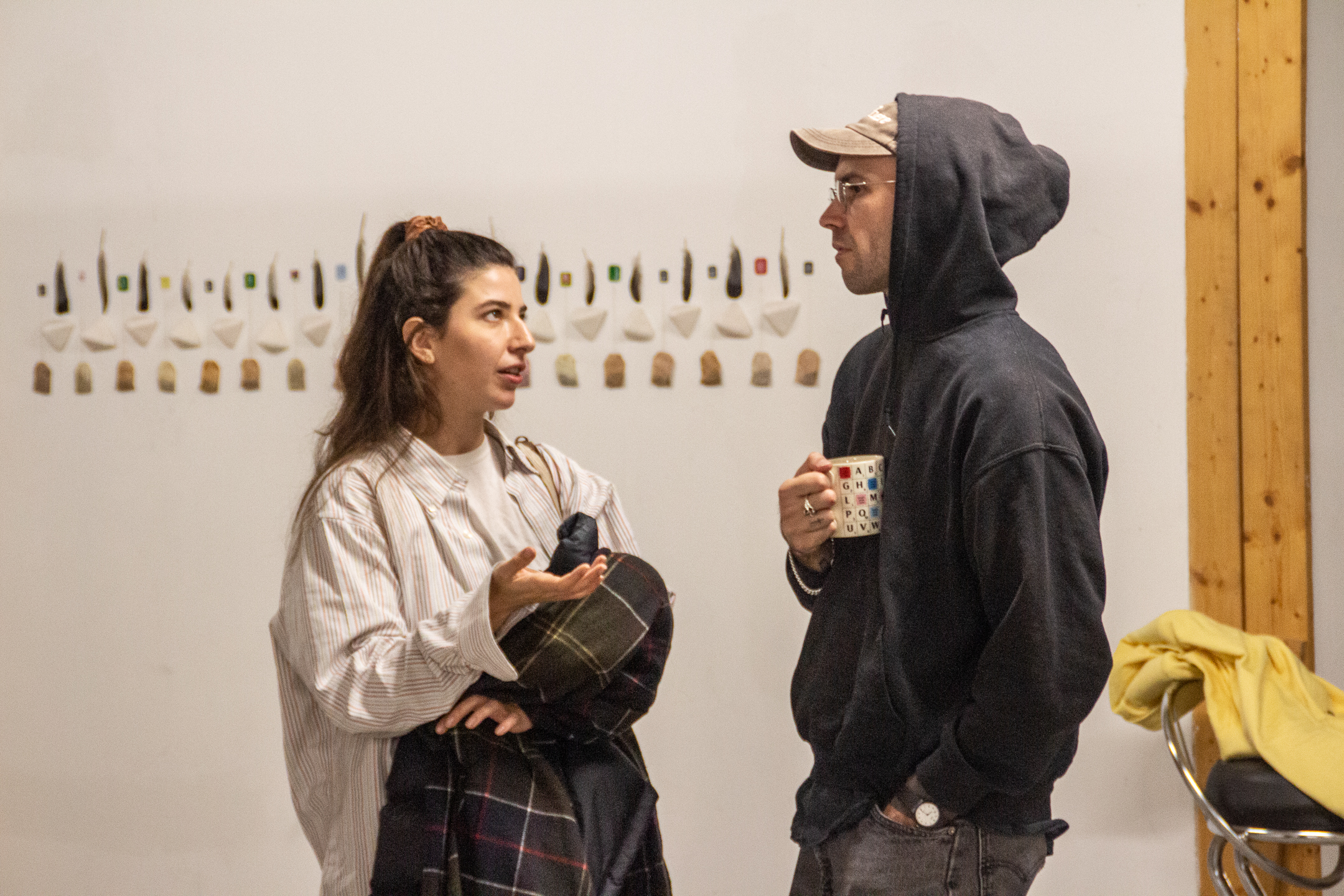 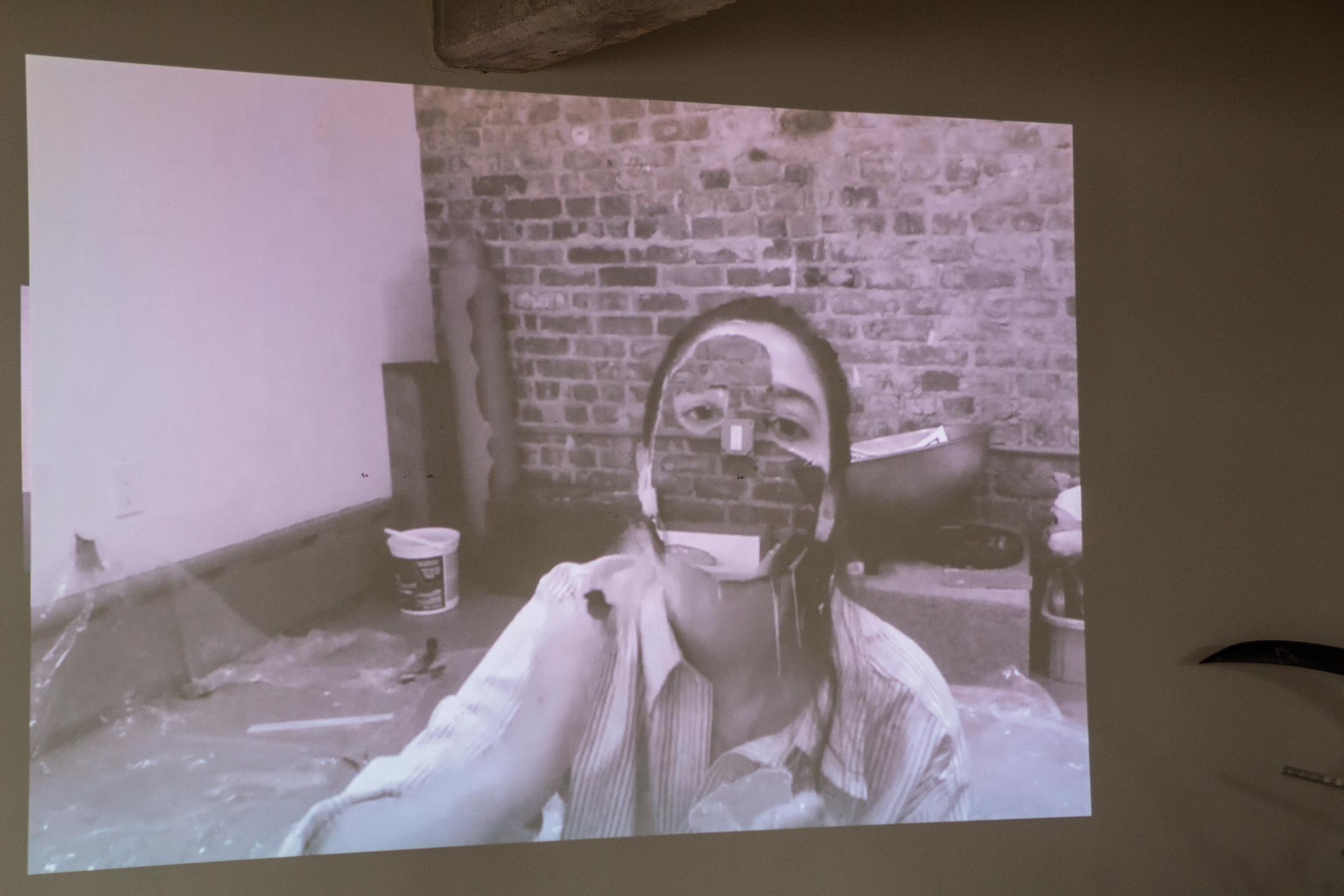 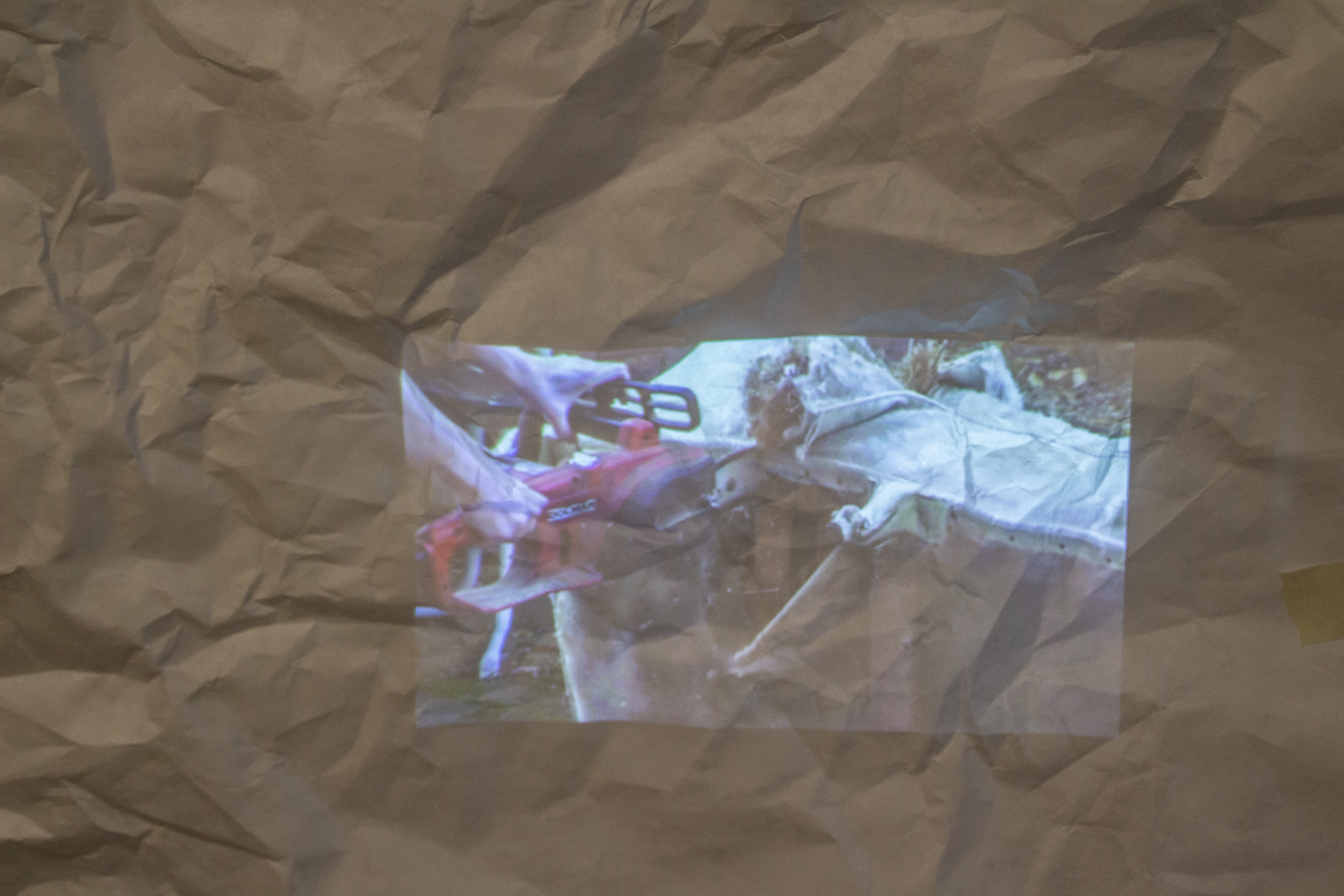 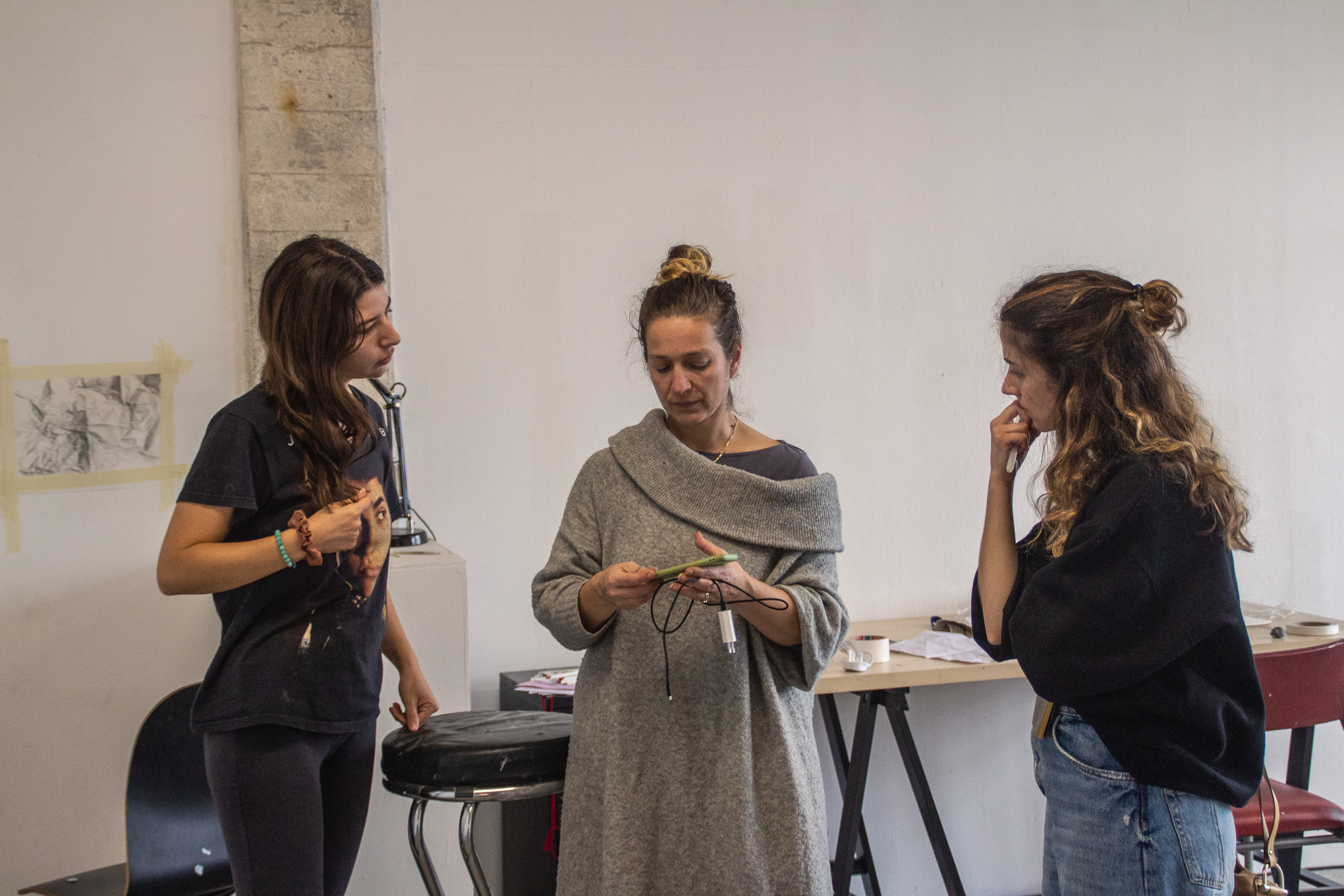 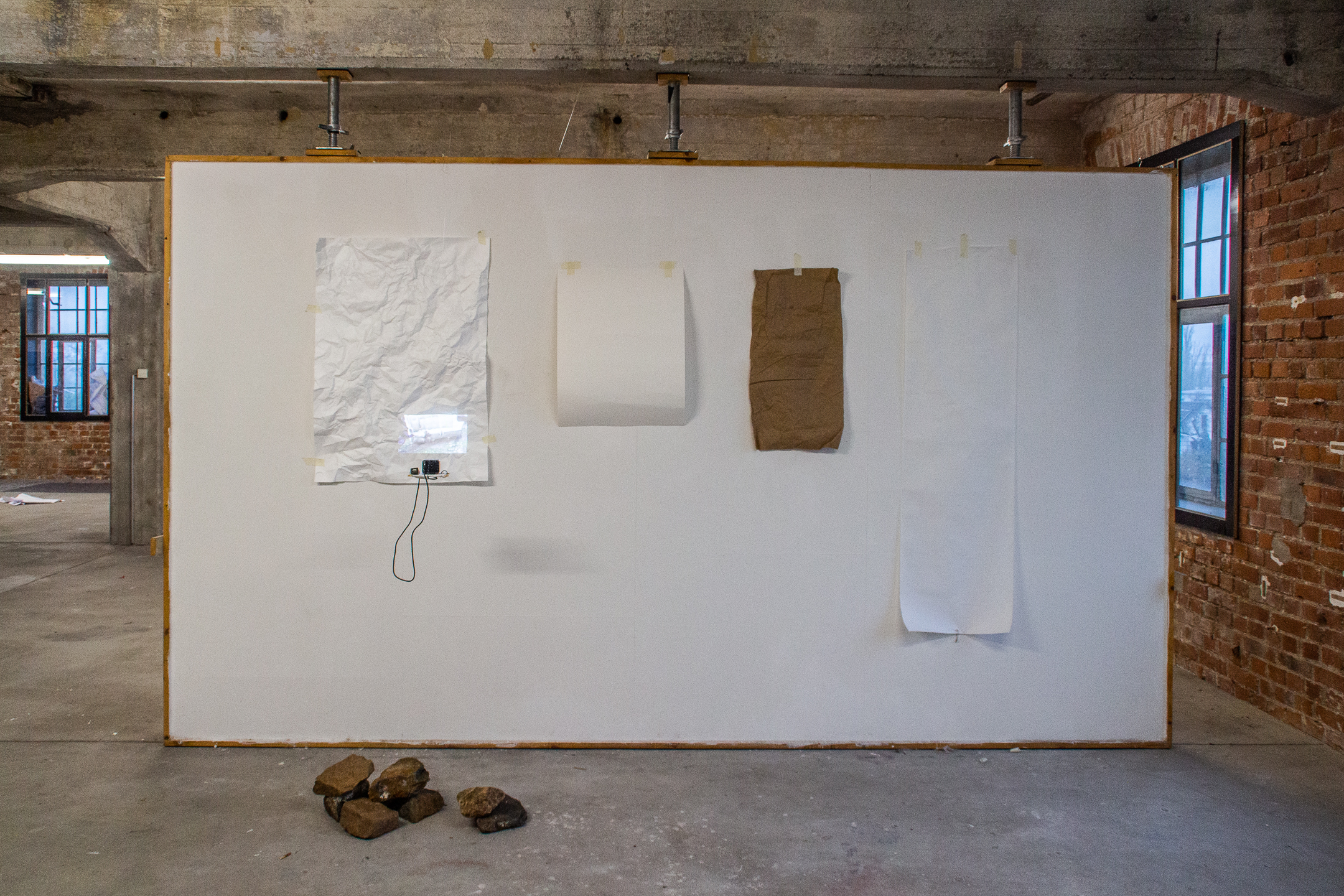 Maybe it’s just my impression, or the resurge of the mystical in contemporary art in the past couple of years… Even though it’s not a main feature at all, a hint of magic lingers through her works. At the same time, there is also something poetic about the way mundane objects are portrayed. The sculptures of Performance of Failure are also very clean and simple, functioning like symbols, while still holding complex meanings. Moreover, in the case of the couch, we can think of how old objects are believed to hold energy and memory.

The notion of memory also brings me to one of Shahar’s ongoing projects where she investigates how crumbled paper holds memories. During the first lockdown, she started to draw again, and one of her subjects became crumbled paper. Curiously, she also happened to meet someone in Tel Aviv who currently doing his phD research on how crumbled paper holds memories, which complemented her own investigation. A part of this process was shown at the open studio event at PILOTENKUECHE, Warm Gestalt.

This interest in different scientific and technological fields is also something that often appears in Shahar’s practice. For one of her new projects, she is intends to send some earth picked up in Leipzig to a lab which can then identify the history of the land the earth came from. This will connect to a pseudo-research about her late grandmother she never met, in which Shahar would like to interview people who knew women with the same name as her grandmother, to build up a patchwork-portrait about her based on other people’s memories.

Before the final exhibition at Alte Handelsschule, Shahar will also present one of her previous videoworks ‘Soft Objections’ which has never been exhibited before, during the Lichtspiele des Westens in one of the windows on Josephstraße.

Check out more of Shahar’s works on her website.