Canadian visual artist Rachael Thorleifson is enchanted by the utopian potential of art and artifice to simulate human connection. As an organizer, she stands committed to the power of creative acts to manifest imagined realities that serve a cultural community. Her artistic practice grapples with the notion that material objects and spaces carry and transmit personal experiences. Rachael seeks to investigate those experiences, to more authentically reconstruct and transform them to produce new realities from new perspectives.

Born and raised in Winnipeg—“the geographic center of North America,” as I’m eagerly informed—, Rachael discovered an early appreciation for the tight-knit, small-town ambience. She also cultivated a critical eye for examining her proximate environment. Dealing with the enduring challenges of dyslexia, she developed a keen awareness and skepticism of the confines of normative expectations. As she maintains, “I saw the world in a certain way, so art just always made sense for me.” In various capacities, art provided her an outlet to reimagine possibilities beyond societal norms. It impelled her to start questioning the established structures that inhibit the creative spirit, not just her own.

At the heart of her practice lies a profound dedication to community. After graduating from the University of Manitoba in 2015, Rachael stayed immersed in an eclectic scene of friends and artists. As she lyrically describes it, “we stuck together and forged our path in the streets of Winnipeg.” Despite attending art school, they found that the art world had remained fairly impenetrable to newcomers and outsiders. Observing a dearth of alternative art spaces to address this, Rachael and co. took matters into their own hands. In 2017, along with three others, she co-founded Blinkers, an artists-run project space based in Winnipeg. During her four years as co-director, she built formative connections with the community and artists alike. Such endeavors ultimately informed her commitment to analyzing human interventions within constructed environments; how thoughtfulness and care can facilitate the growth of a cultural space.

Inspired by the likes of Félix González-Torres and Guy Maddin (who she once took a class with), Rachael aspires to the romanticism of uninhibited emotional expression. Following art school, she became fascinated by retail spaces, observing how marketers use visual information to sell consumers a fantasy. By appropriating and recontextualizing retail aesthetics, she strives to reveal people’s core vulnerabilities but for her own purposes. First drawn to certain glossy materials, such as sequins, shiny latex, and special plastics, she creates objects to evoke a wide range of collective, affective experiences. Like González-Torres, her works incorporate a compelling interplay of contrasts, portraying universal dynamics of love, death, longing, and fear. Like Maddin, she embraces melodrama as a formula for heightening the suppressed elements of the everyday. With her art, Rachael is continuously searching for those scintillating moments of emotional truth hidden within the facade of rote behavior. 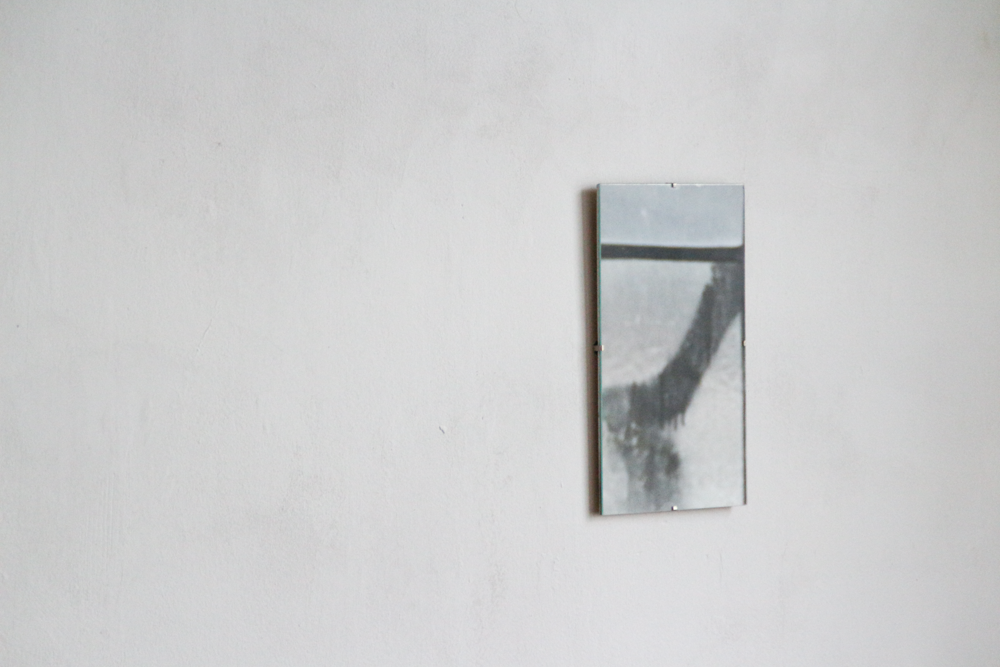 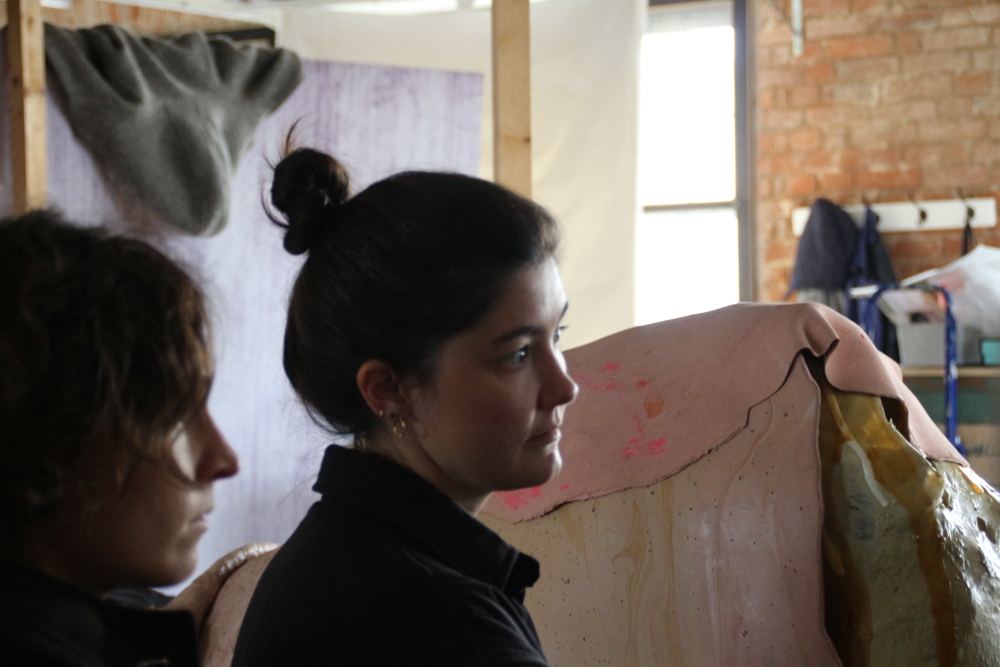 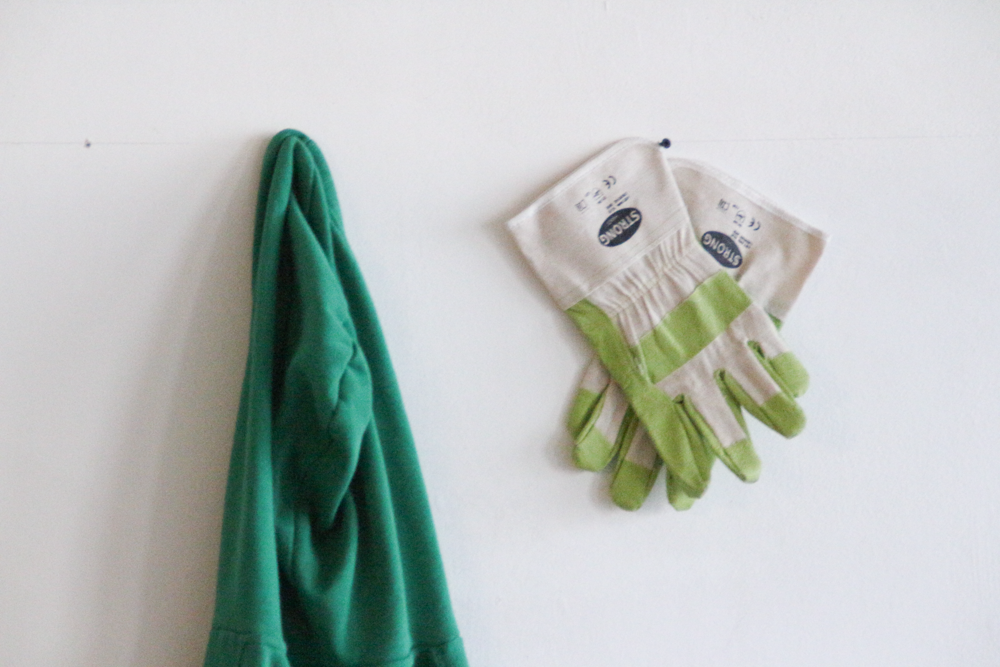 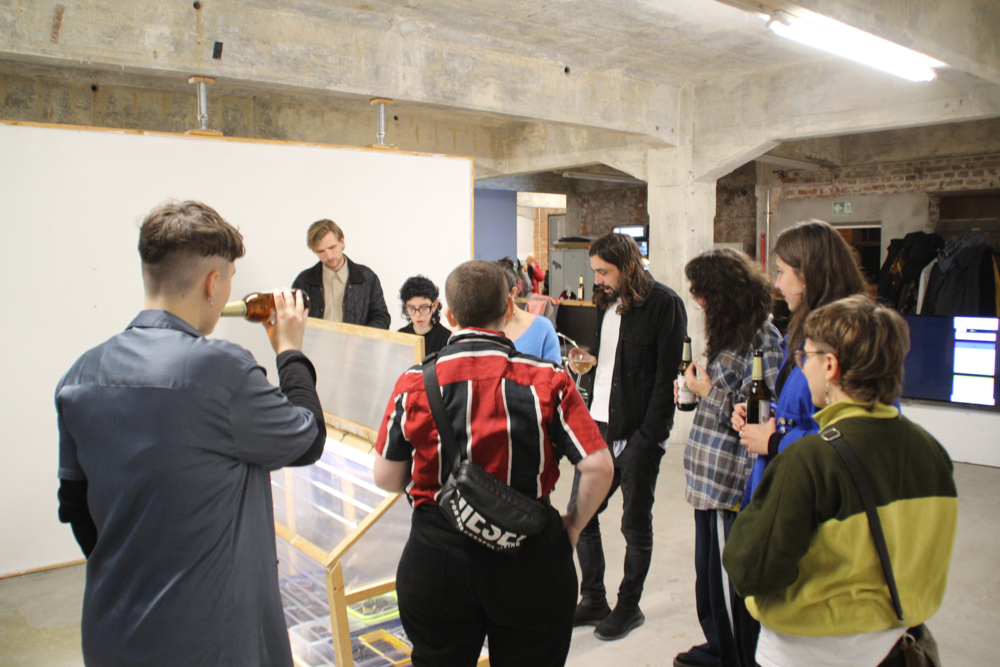 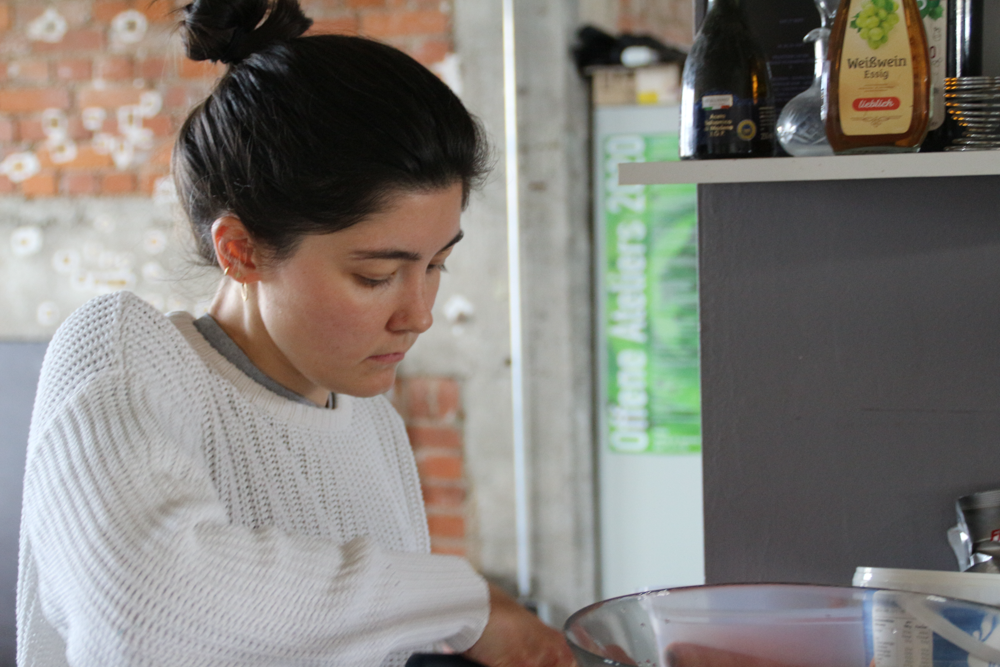 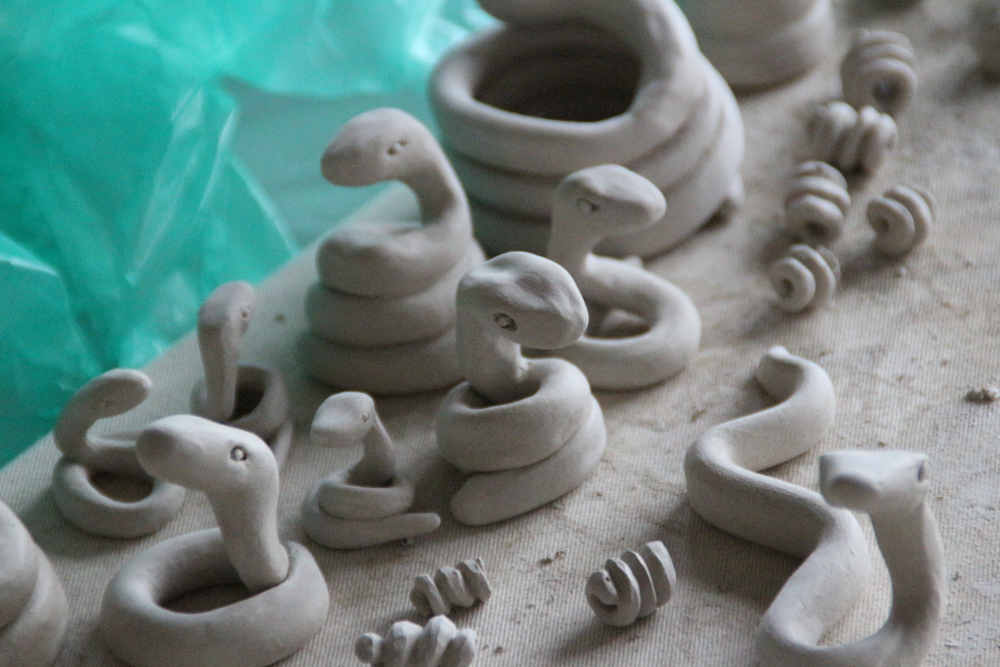 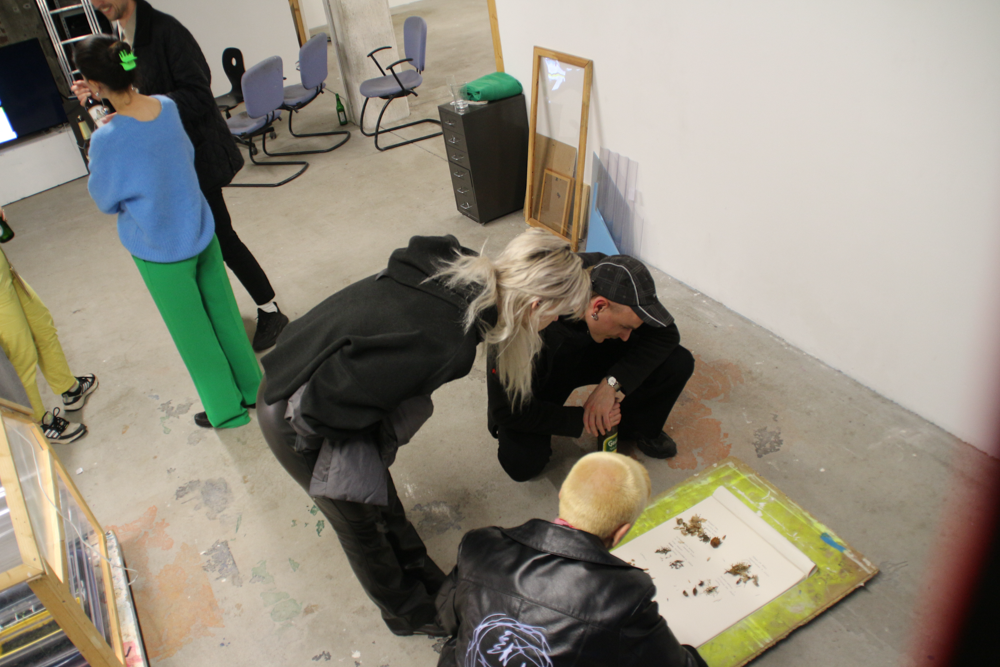 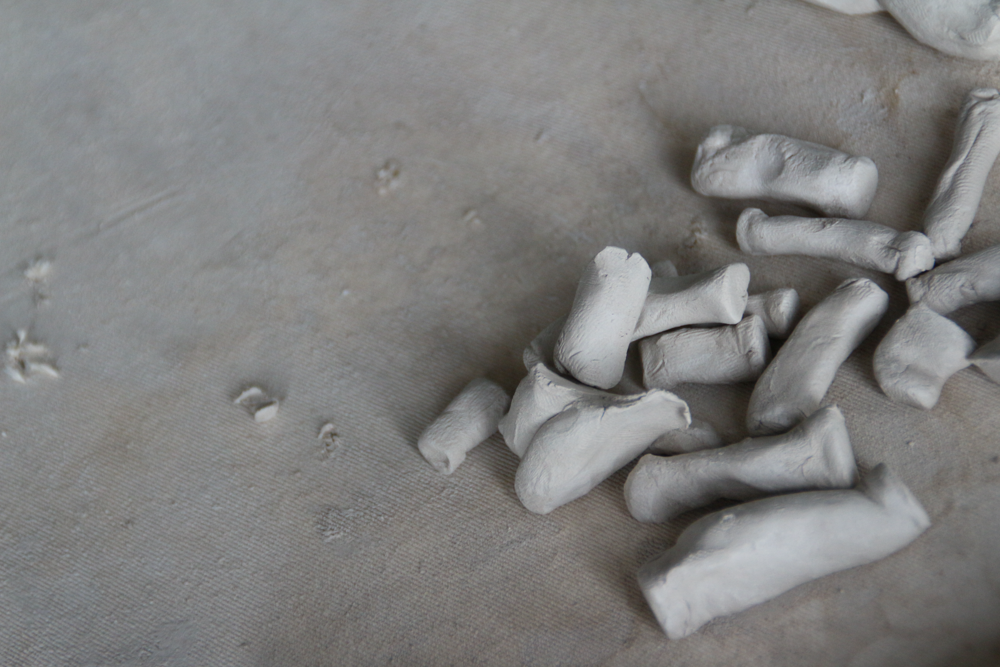 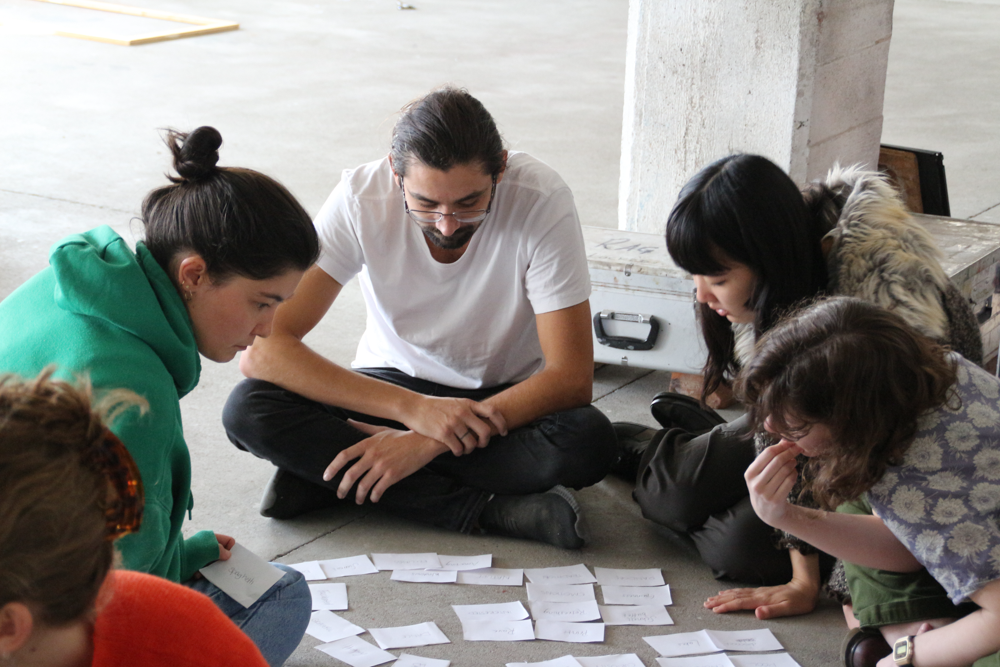 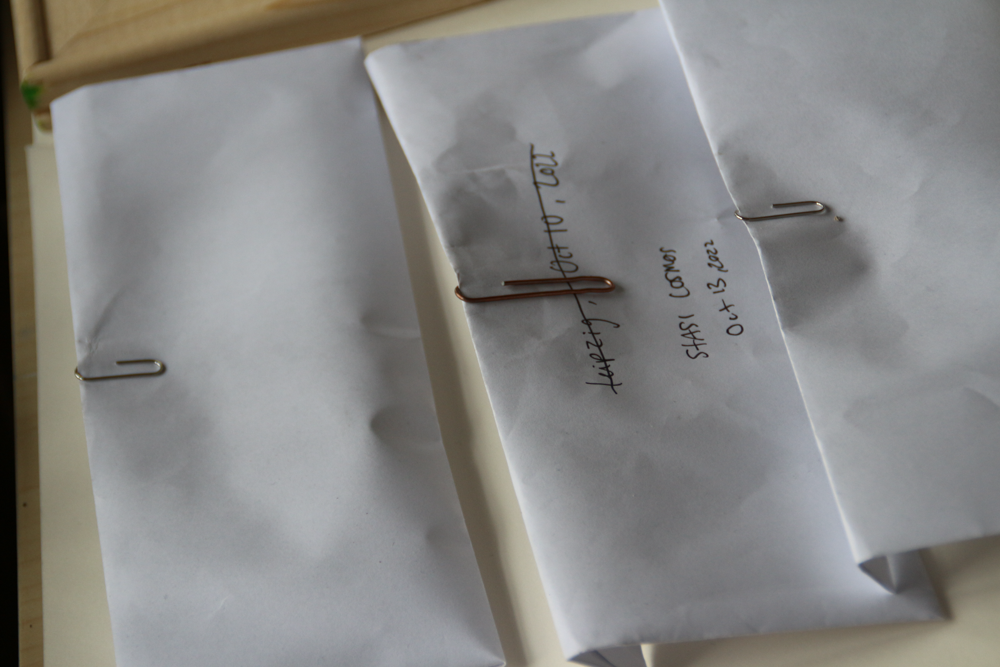 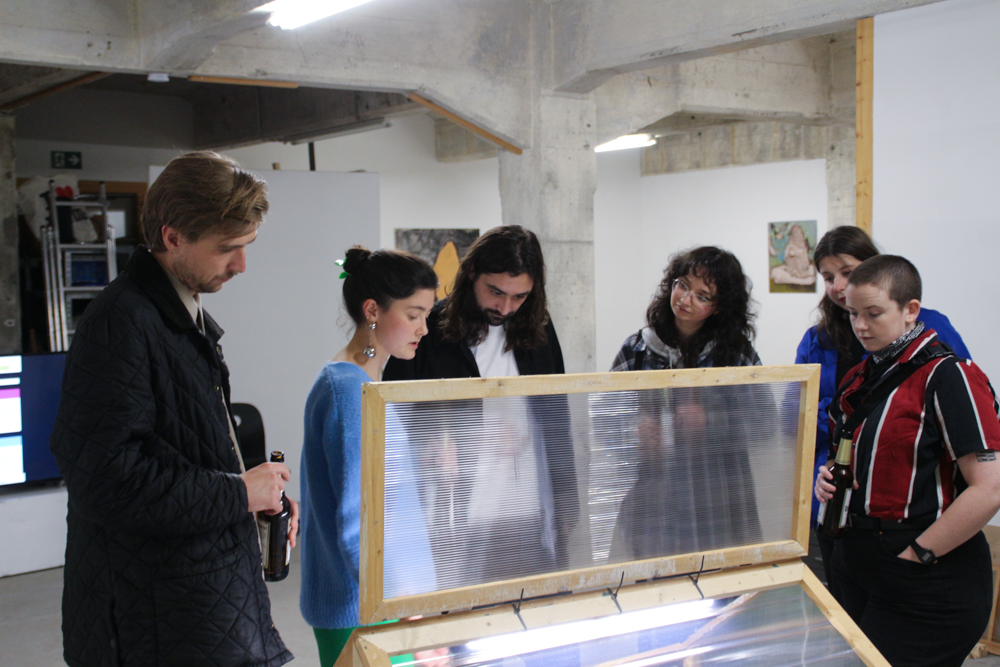 In her recent solo-exhibition Glass Factory (2022), Rachael turns her gaze to her own family’s mysteries. Multidisciplinary in nature, the project merges installation with sculptural objects, light, and video to probe the illusive coincidences of death within her family. Through the visual motif of glass, she draws on her familial connection to the material—the glass industry her grandfather worked for, the glass heirlooms she inherited from him, and the glass-like calcium build-up that spread through her aunt before she died. Tinged with wistful nostalgia for things past, the installation space and accompanying video are deceptively minimalist. Near-empty rooms enclosed by flowing, white curtains atop luminous, crystalline objects comprise the scene. Combining the crispness and shininess of the materials with the heaviness of the context, Rachael meditates on the reciprocal relations between environments, objects, and people; how place and materiality can function as referents of human activity.

Now straddled between Weimar and Leipzig, Rachael hopes to use art-making as a means to understand her new environment. As she sees it, “I’m contextualizing my practice through the idea of tending.” Through the theme of ‘tending’, she considers both everyday tasks such as gardening, and the experience of taking care of a space. In her latest project, she has gathered seeds from around Leipzig with the intent of exploring the city through its gardens. Still adapting to her current context here at PK, Rachael reflects, “it’s a thing of spreading out and kind of reaching for every possible tangent and going down every path.”