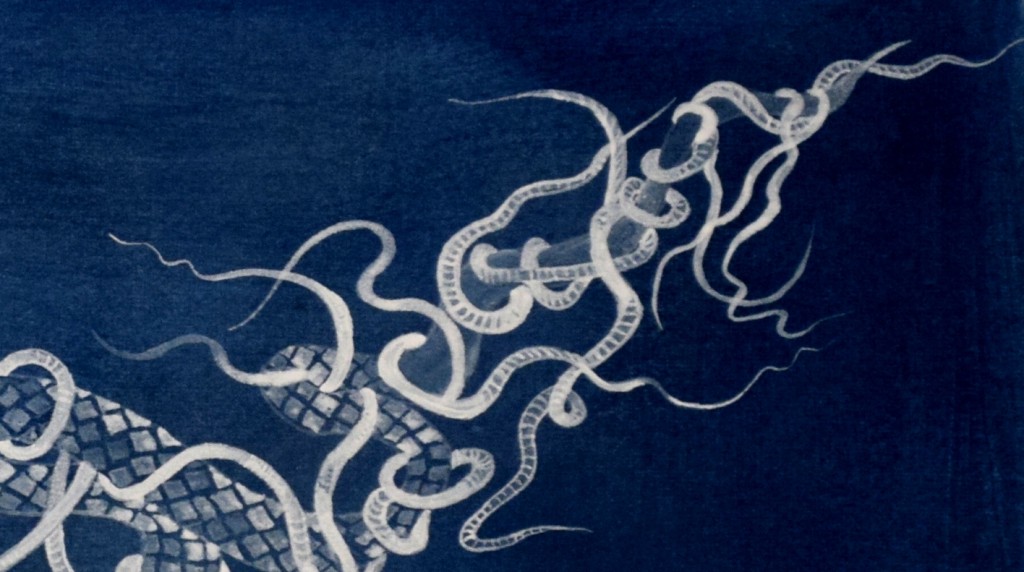 Anushka Rustomji, Ariz of the deep ink and gouache on paper 43 x 30 cm

Anushka Rustomji is currently based in Dessau.  Born in Karachi in 1989, she graduated from the National College of Arts in Lahore with a BFA in Painting. Her drawings and paintings are inspired by the varying shapes and patterns found in natural elements and land forms. We asked her three questions to get to know her better.

Your work is influenced by the duality of nature: stillness and movement, chaos and order. Eternity through adaptability.  An intricate, swirling choreography: not completely devoid of conflict, but nonetheless serene in its path towards survival. Do you see a similar pattern outside of nature too? In our society/ies?

I feel duality is a key part of our existence, in terms of us as individuals and collectively as a society. I think in order for a society to simply exist, it has to undergo transformation and evolution. This constant struggle between the opposing ends of a spectrum is a recognizable part of a society’s existence, yet the true embodiment of duality, in its most harmonious form, can be observed exclusively in organic elements. Perhaps only nature can effortlessly boast such a divine balance resulting in eternal survival.

You don’t live in Leipzig but have you found a favorite spot in the city?

It’s difficult to choose, but I would say Augustusplatz.

I think it is difficult for an artist to put aside their emotions and create something-usually emotions play a central role in creating something. That being said, I would choose the option of focusing on making something great with a partner who I despise, as it could perhaps lead to a greater understanding of each other.