He wanted so much that he would need to clone himself so that five Michi could all work at the same time. In retrospect, our local artist Michael Eppler classifies these thoughts as his desperate wish to achieve everything. Looking at his old paintings brings up memories of a different time. He doesn’t even recognize the artist in his older work: as if two different painters could be alive in one person.

Michi is on a mission

When a lot of his older “collage-like” paintings were created, he was working in a factory on an assembly line. He started off painting only on the weekends and in his pint-sized bedroom. Over the years there were more and more. When he then finally entered the art academy in Karlsruhe a few years later, Michi started to exist in a completely new way. And so his art did.

The pedantic and calm art making he had previously known, developed into something else. Michi realized what painting actually was and what possibilities it could bring. He got drawn into a swirl, one in which he still finds himself today.

Once he entered university he immediately found himself in a competition. While he waited for ideas to come, he placed abstract strokes and splotches of color on the canvas. But because it didn’t happen according to a plan, he never liked the outcome. There was this irrational fear to get lost in his paintings, which is why he started to deconstruct and destroy his own work. Today Michi says with a smile: “It was important for me to go through this process. I never acheived the perfect painting, because I wanted it too much.”

Only through this phase, Michi experienced many things he really hated about the discipline and the market. He only tried to smooth out the waves and to find a way for his art to make sense in this world. He still continues his mission to extend the medium of painting. 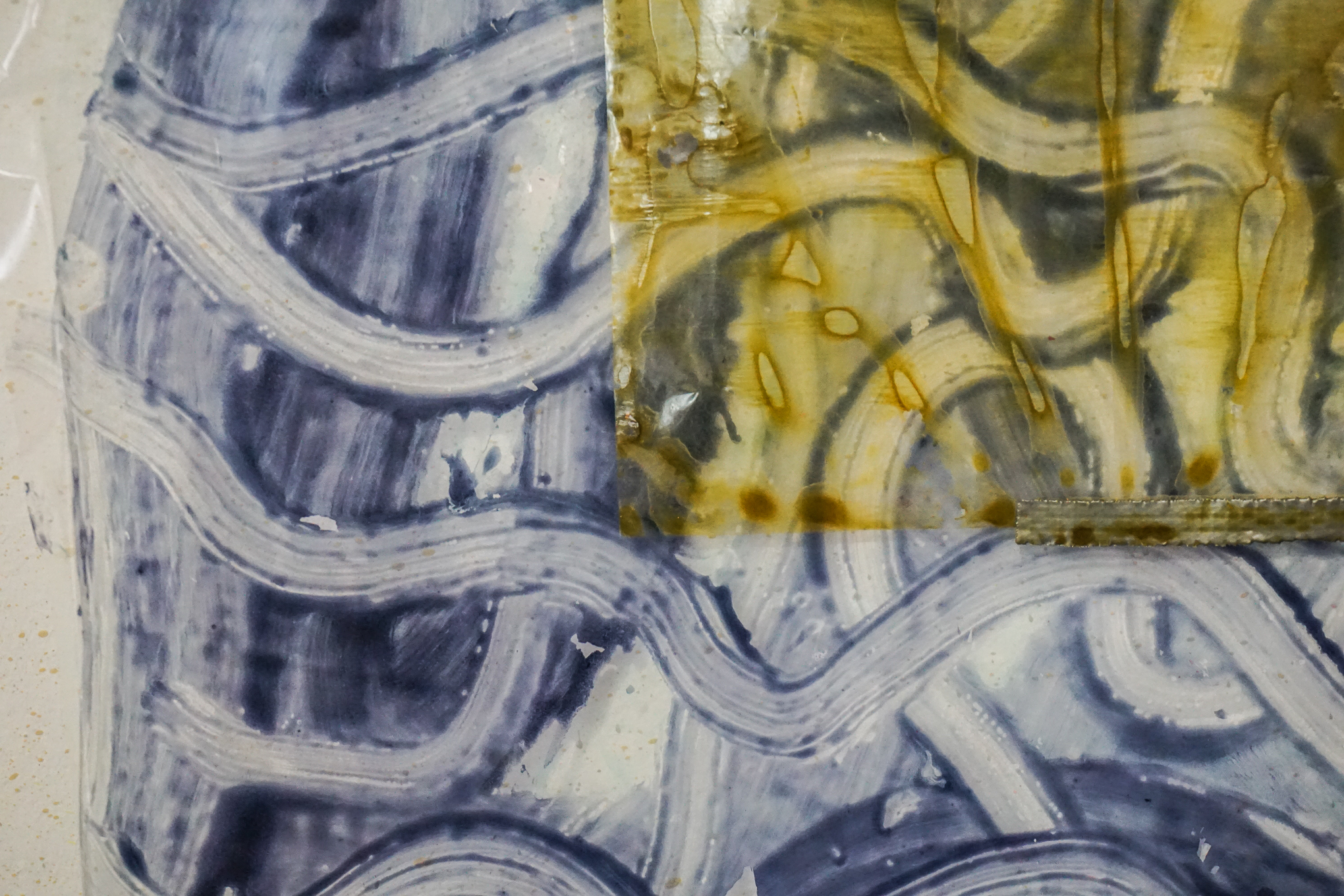 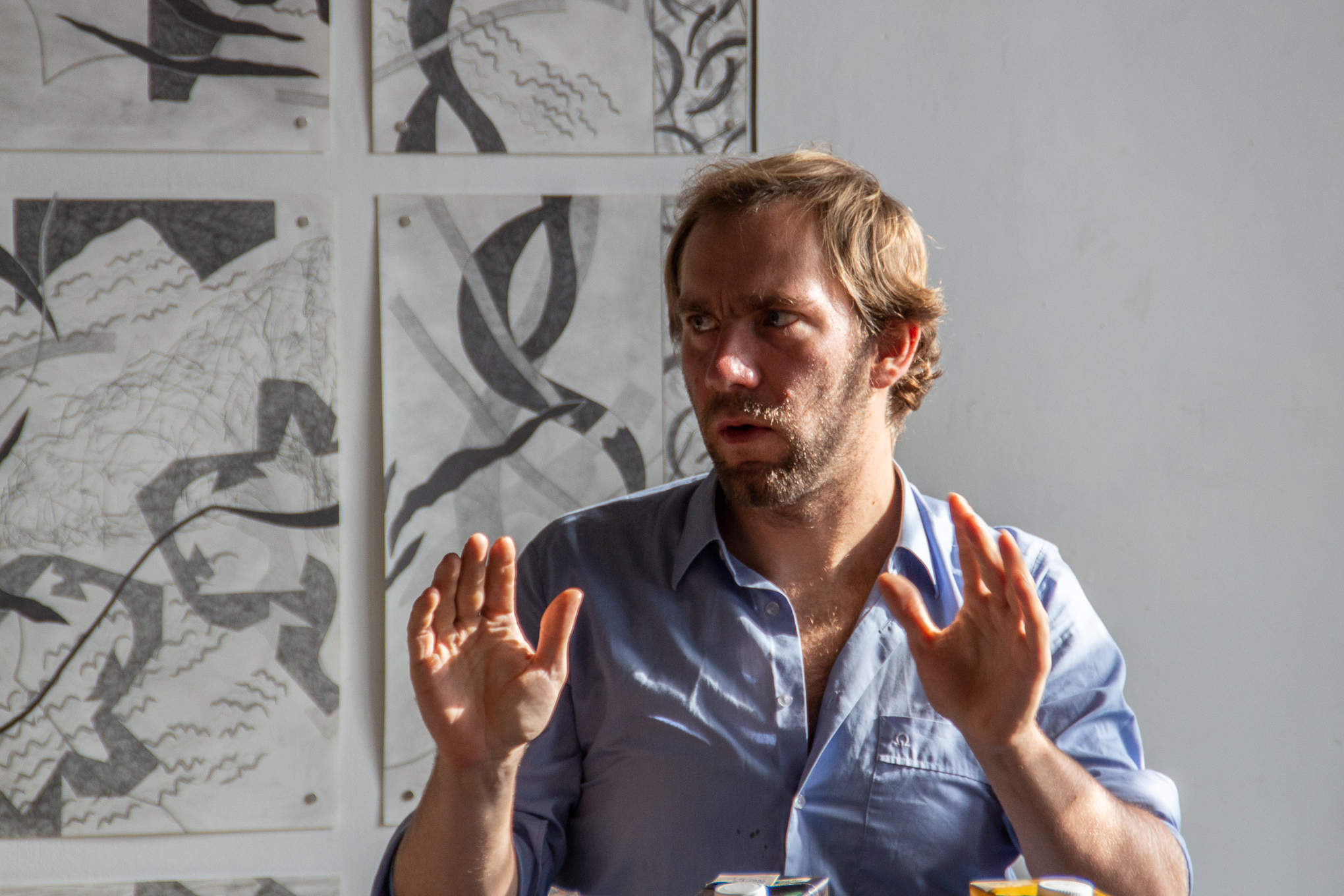 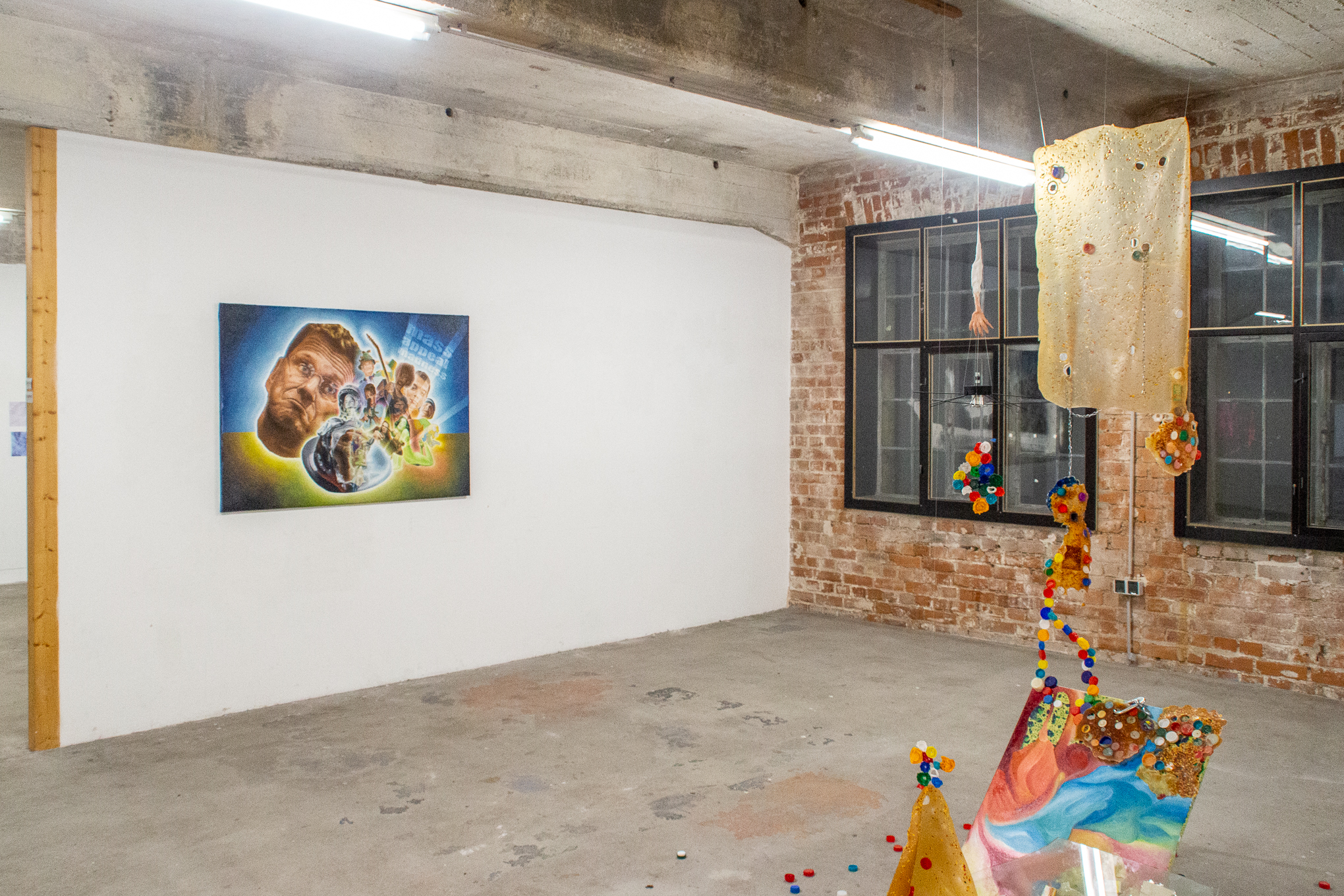 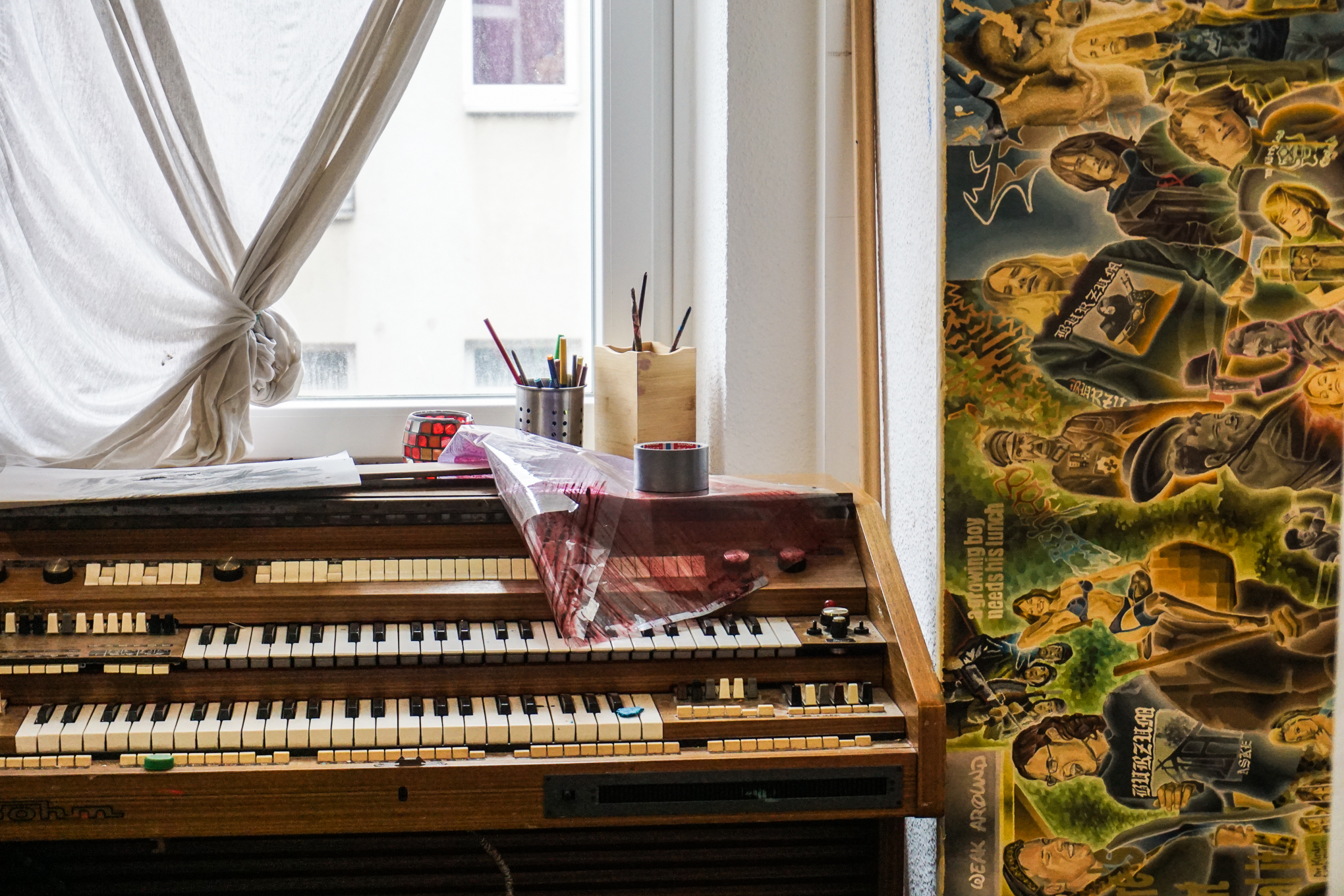 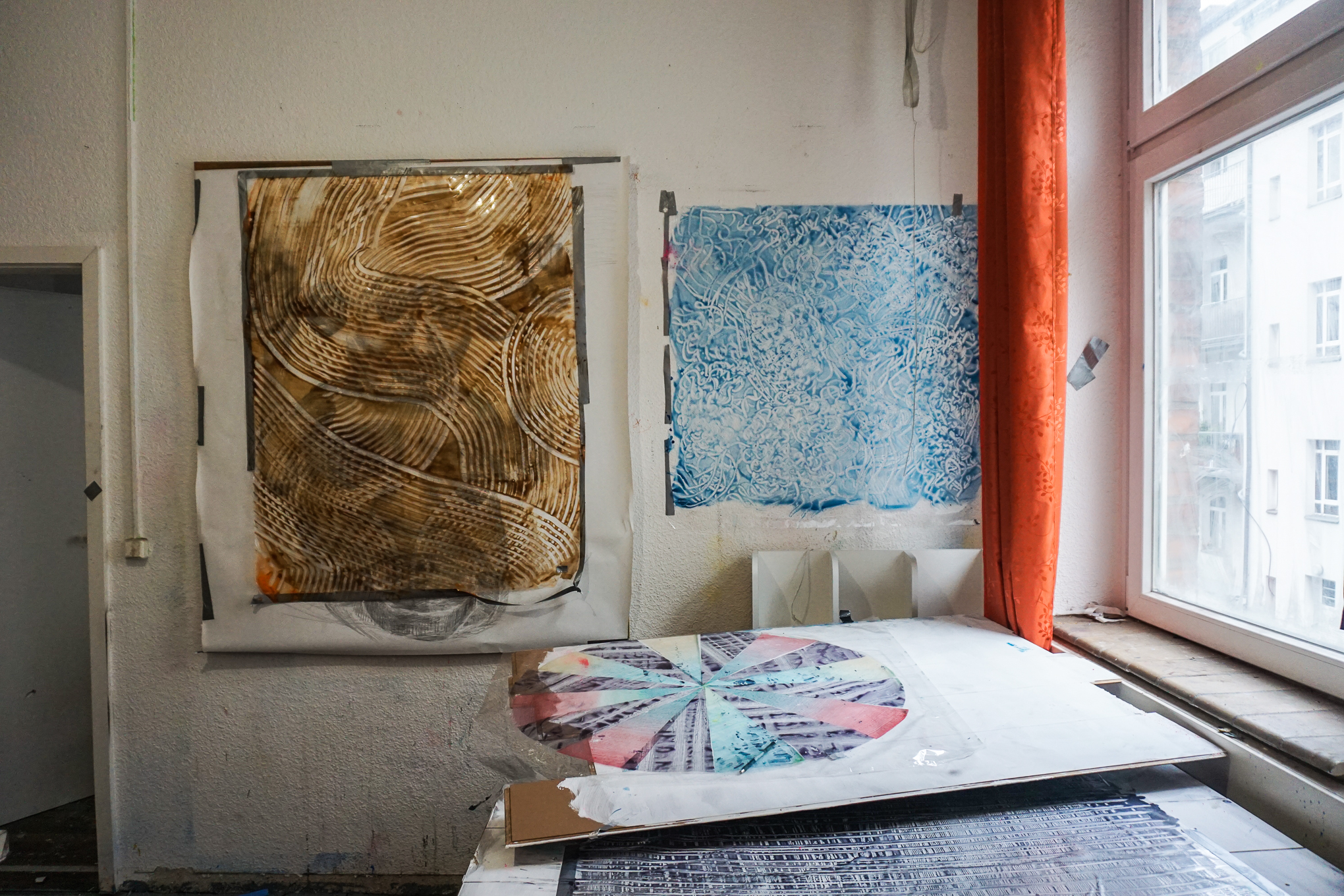 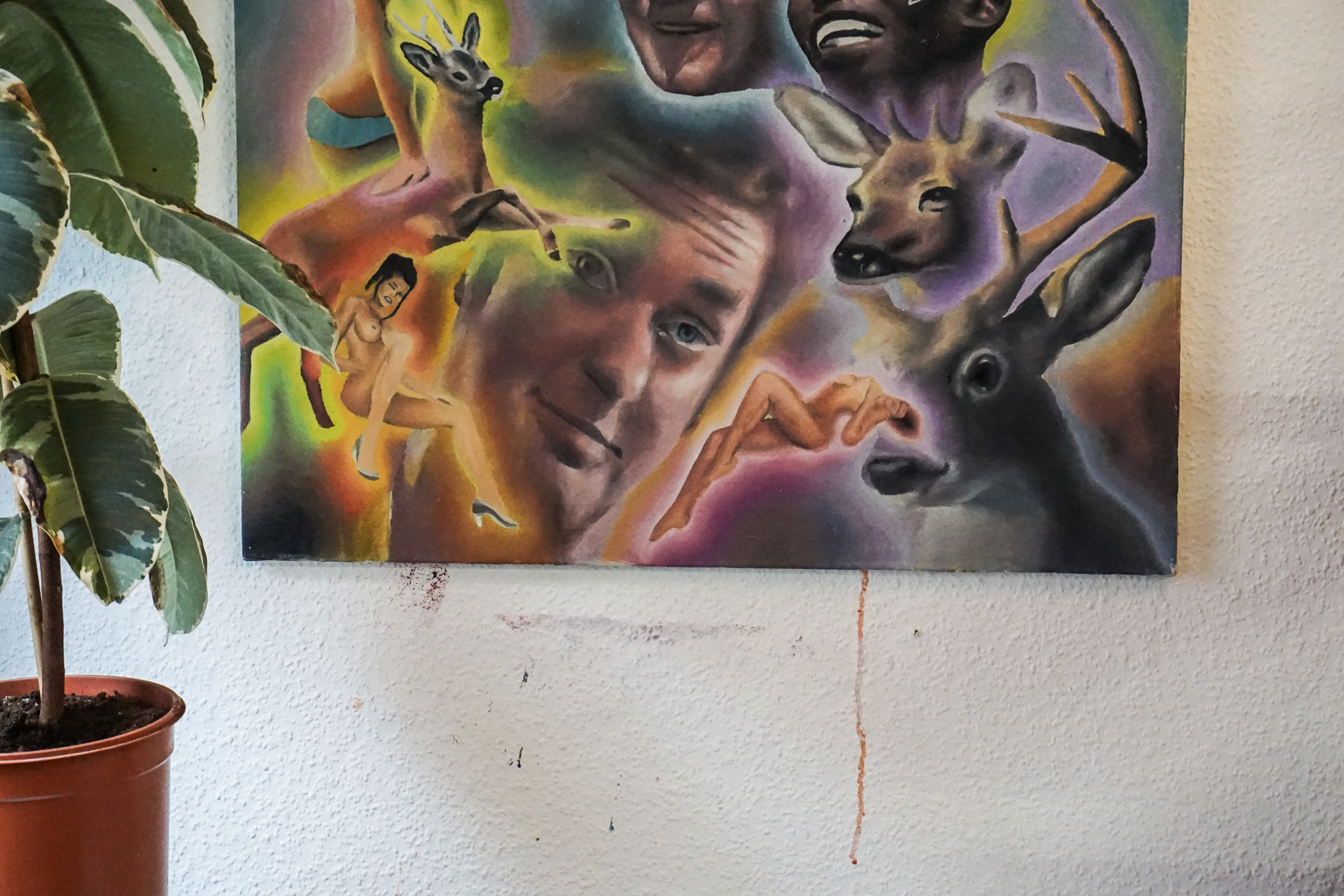 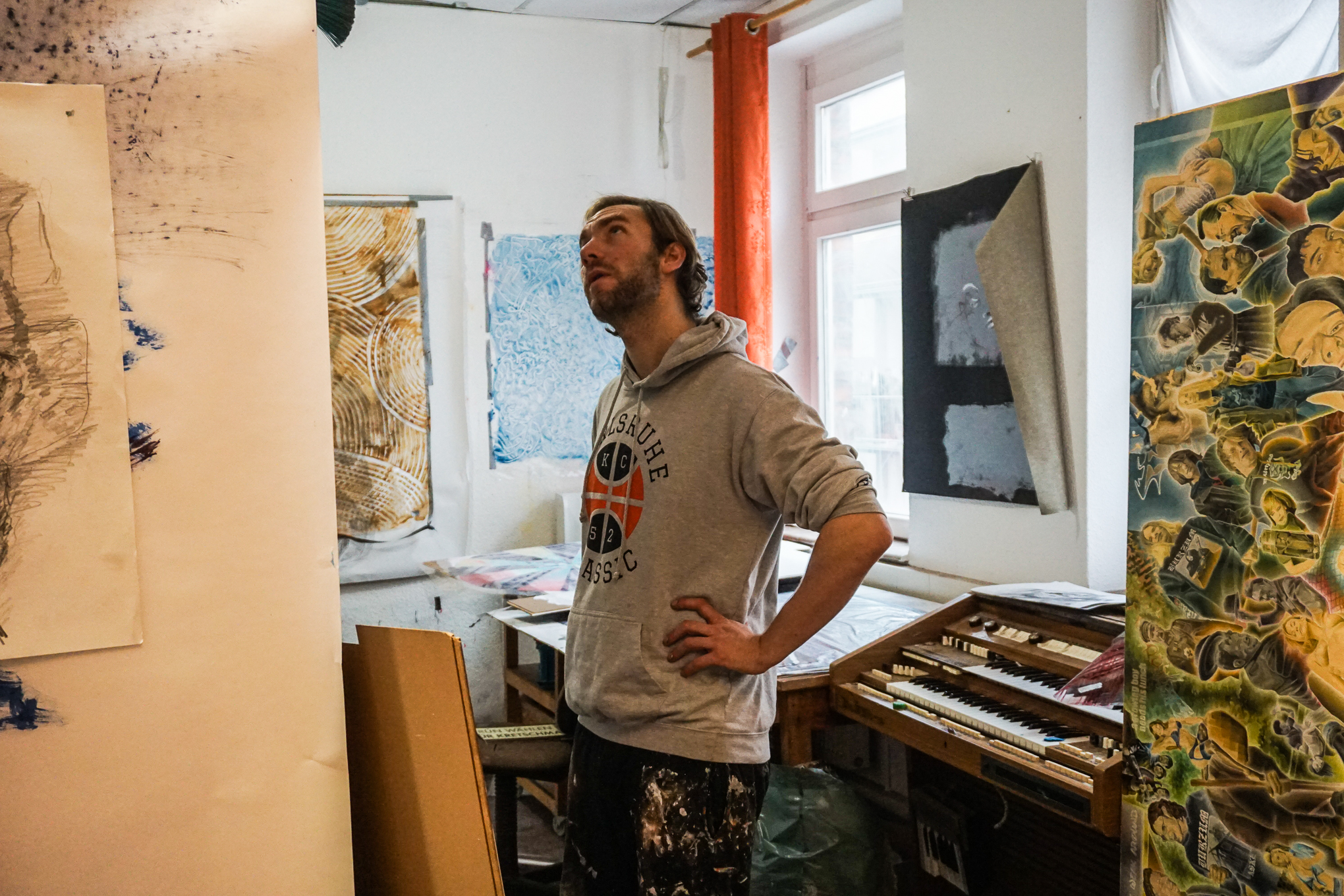 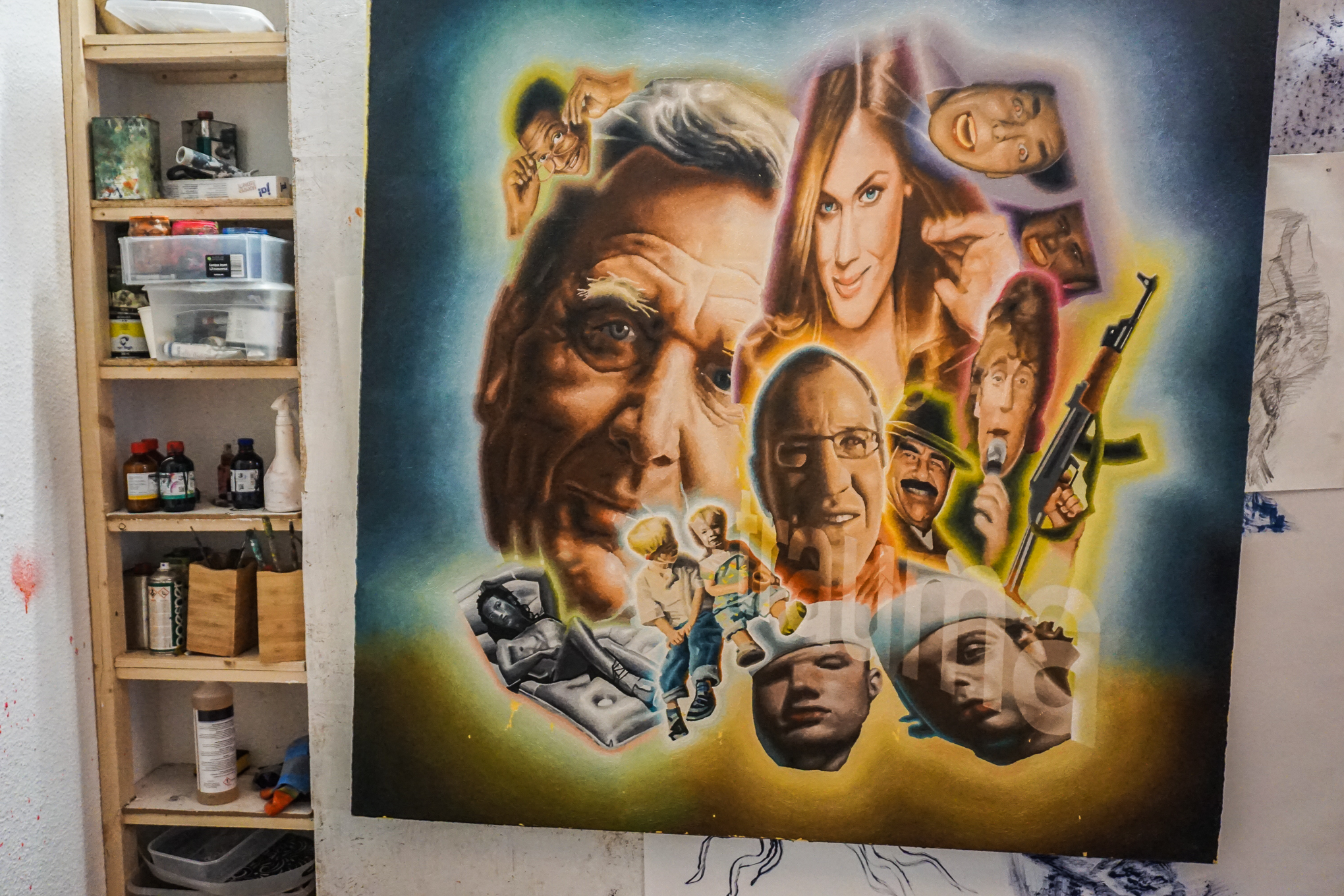 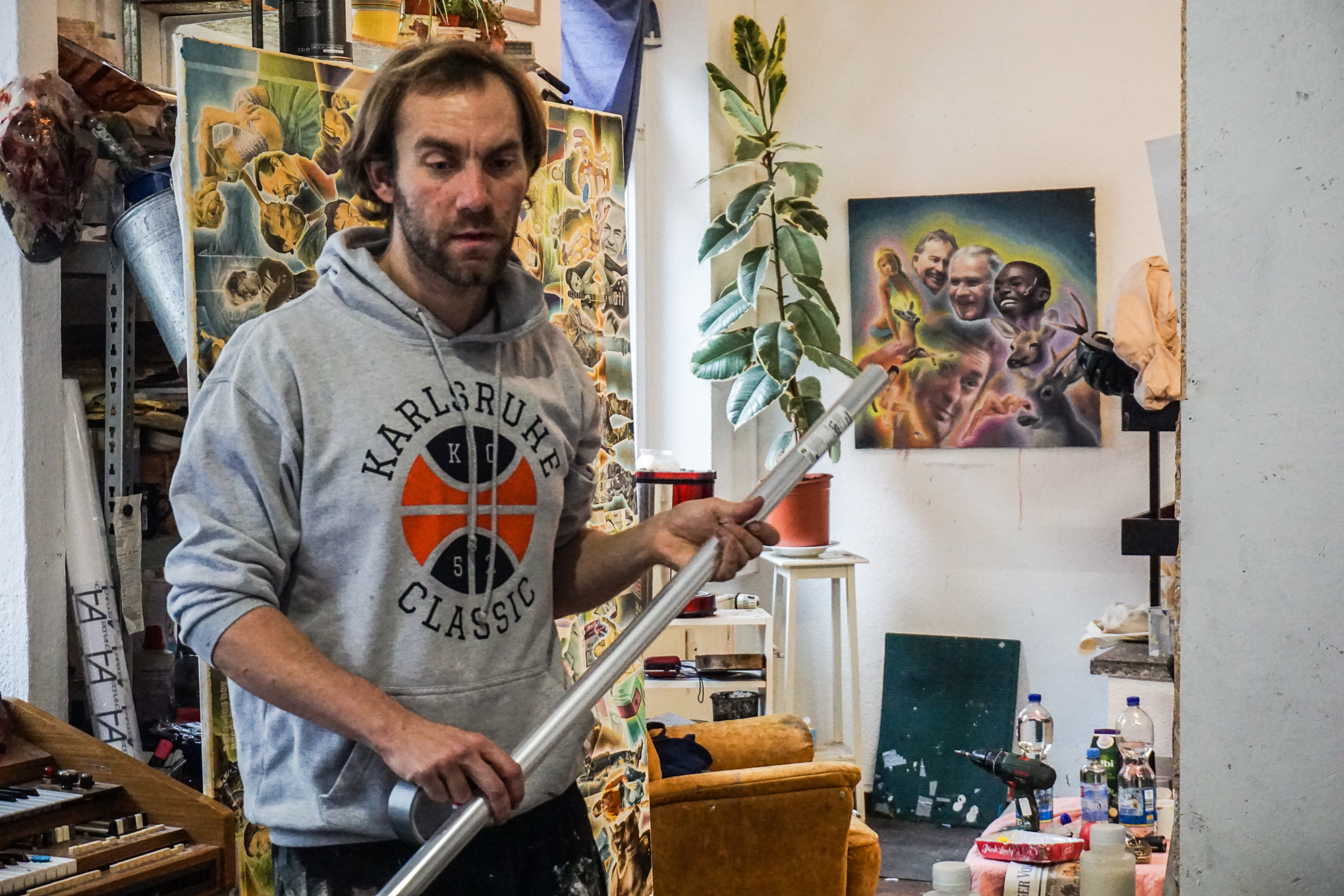 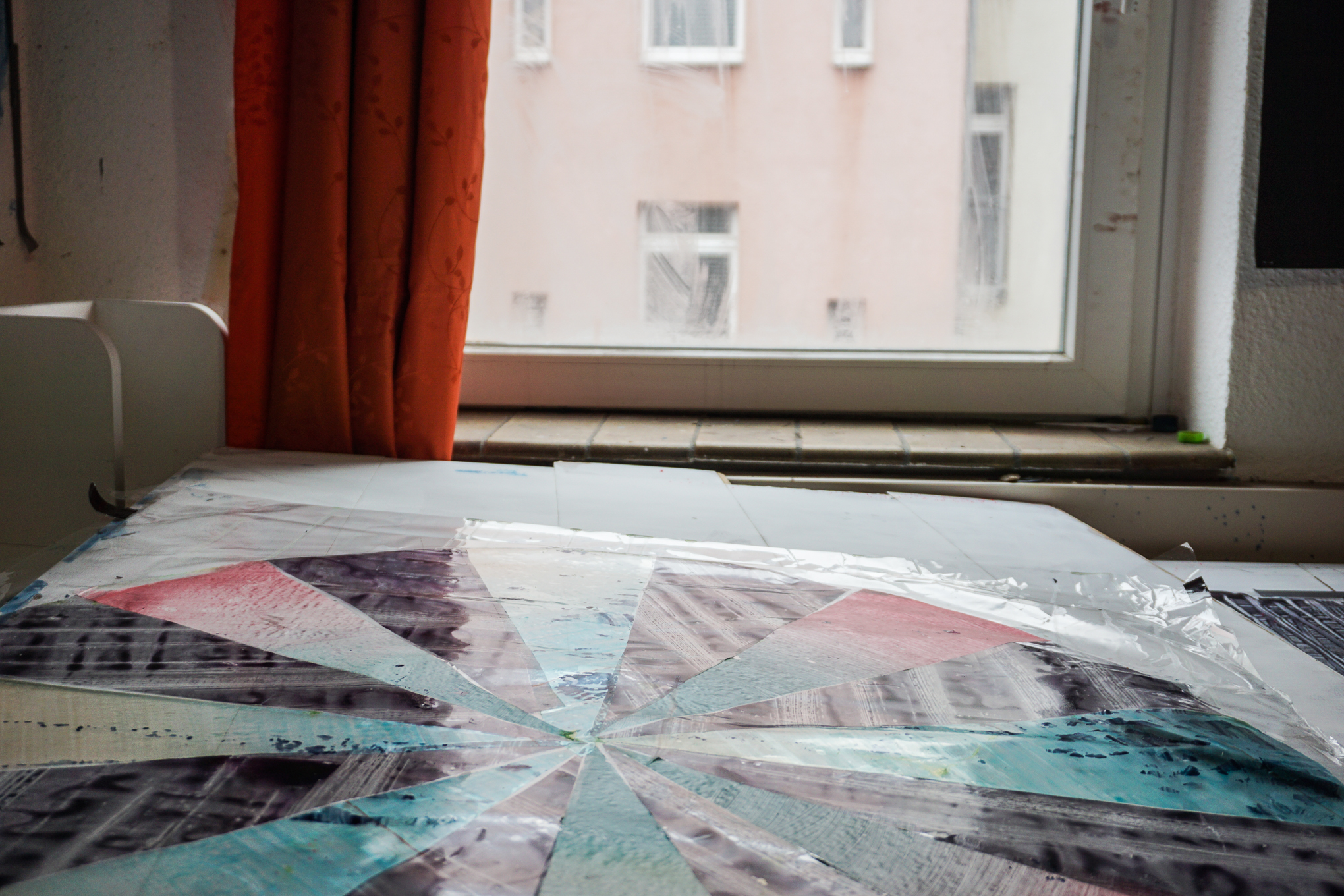 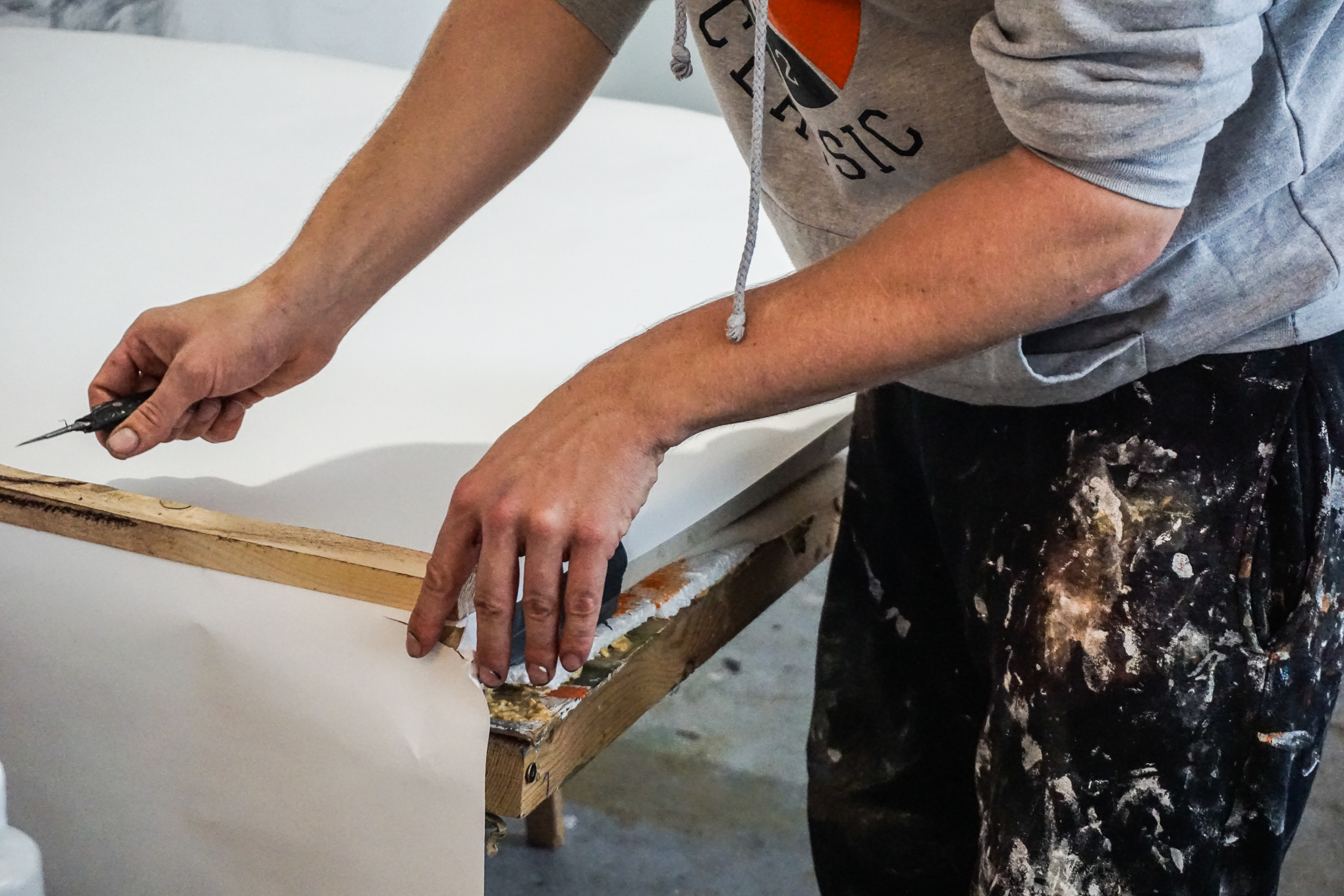 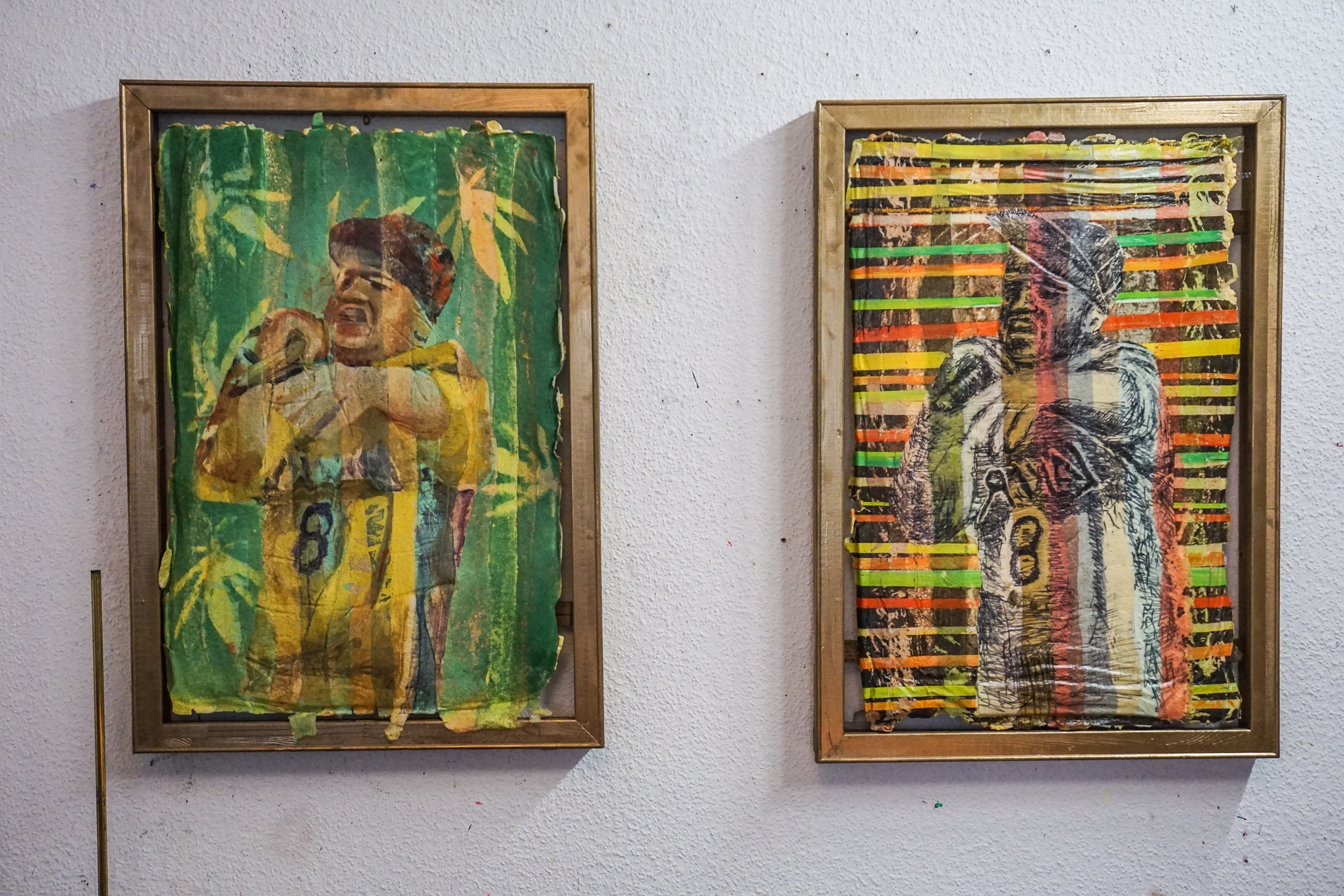 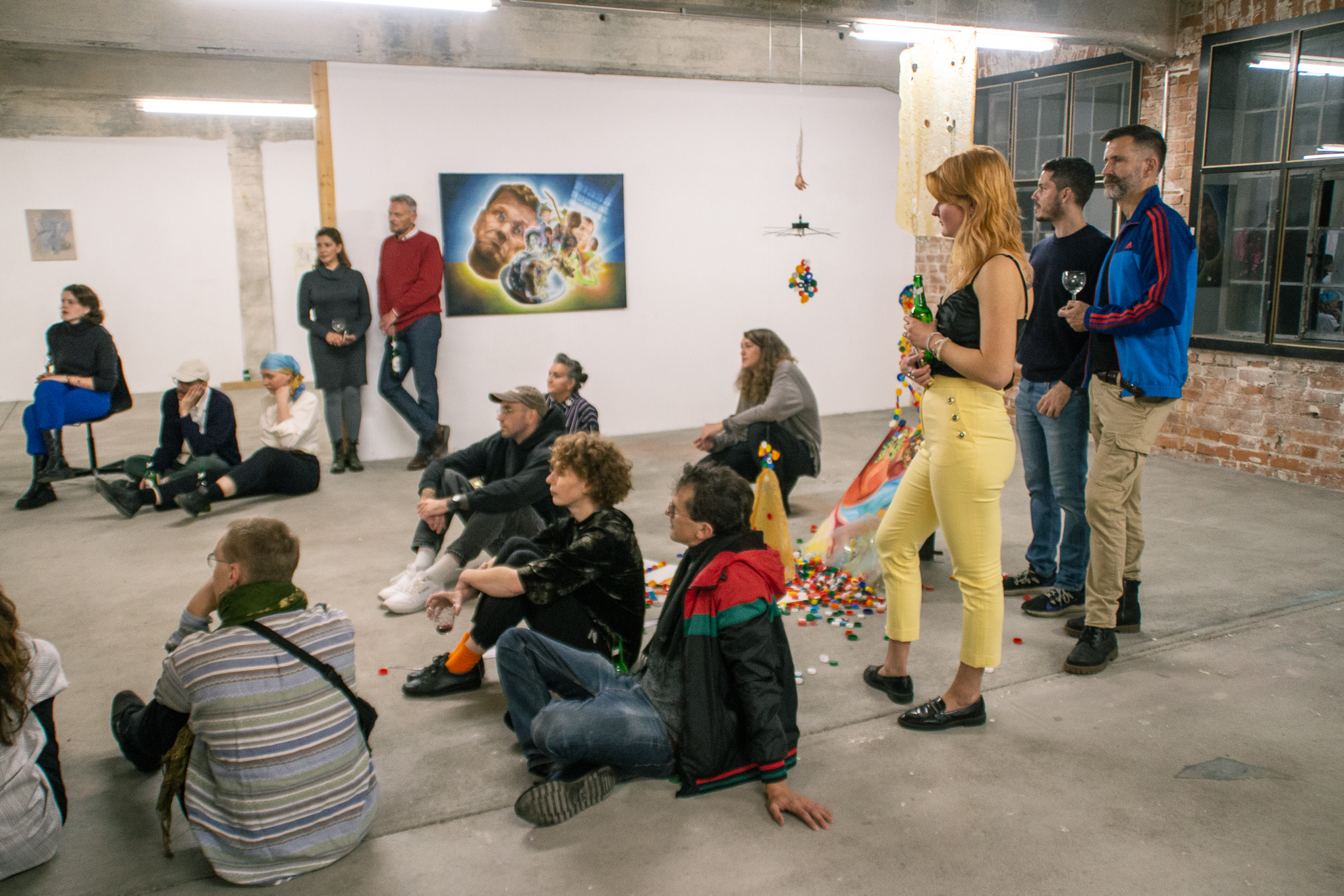 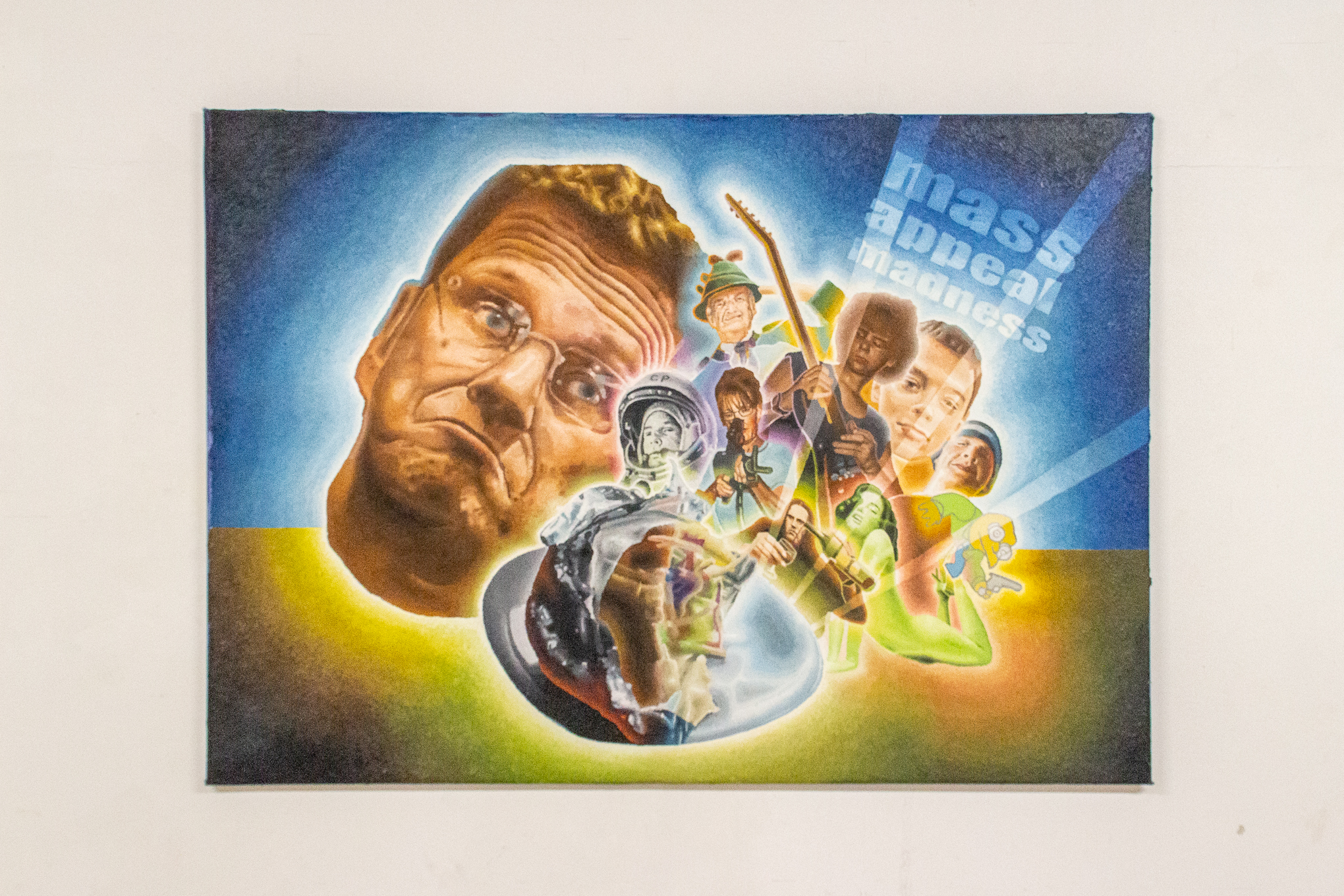 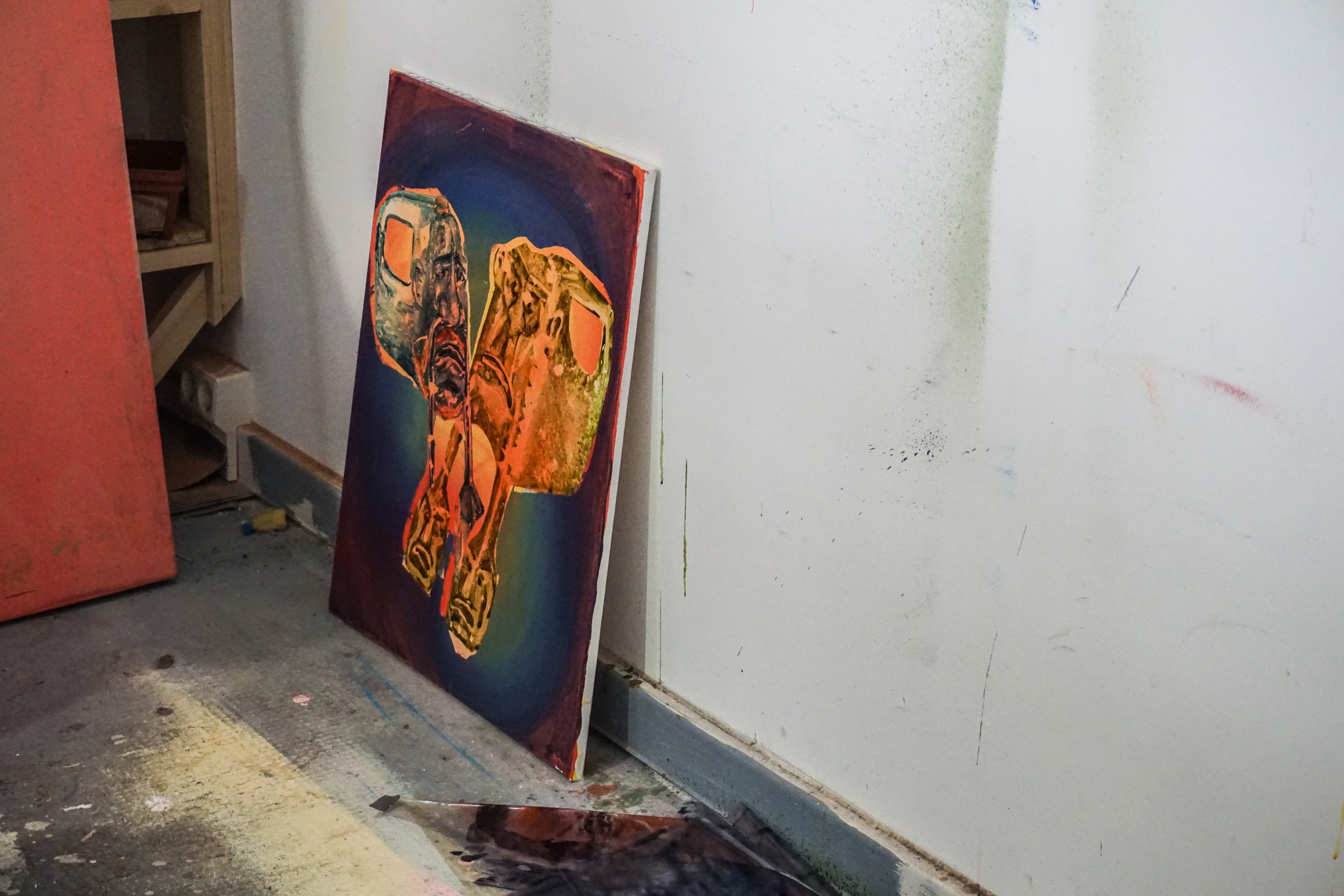 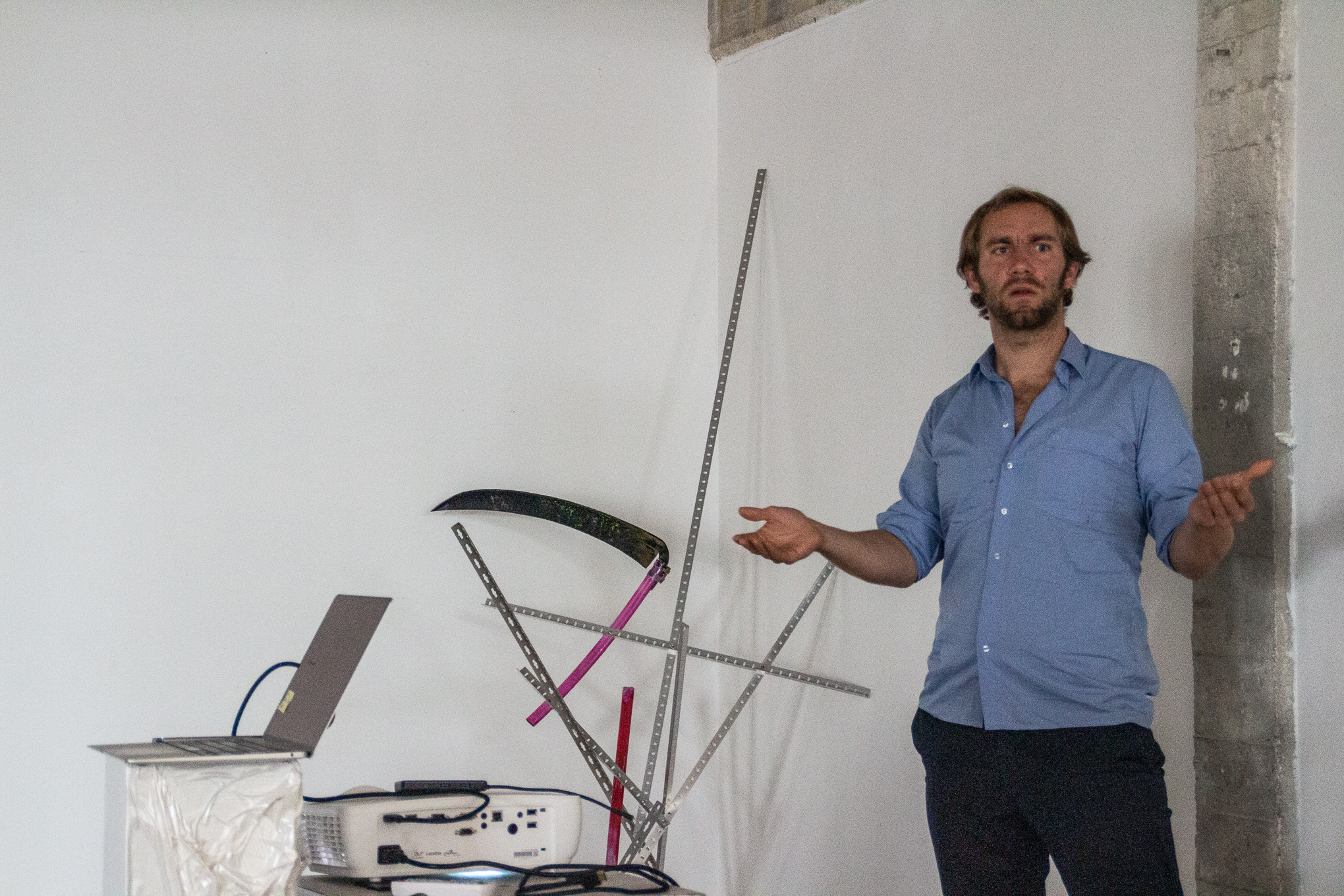 After leaving the academy he could finally let loose. His curiousity exploded and he started researching, developing and searching, while making art. He started working at his own pace, started to develop trust and serenity.

Later on, he started feeling his art making had became very routine because he had done it so many times. Right now it’s the event and everything around his projects which interests him the most. In our interview he tells me about many stories of peoples’ reactions to his art, and how those interactions have become more important to him than the visuals.

Because of this, he always tries to create a space for interaction through his art and to bring people together. This is also why Michi loves participating in the international artist residency programme PILOTENKUECHE. He can profit from  the energy and the spirit of a group. He thinks this is what life is all about: staying curious and open to interactions and constantly renewing oneself.

Michael Eppler understands his own paintings as rooms in which he himself and others can think and grow their thoughts. Thats what he has always wanted: to develop things out of the act of doing them. And to never stop.

Check out more of Michi’s works on his website.