Passing behind the translucent curtains, we enter in Eliana’s studio. The curtains mimic what is taking shape behind them: this place condenses Eliana’s thoughts. In the words of Virgina Woolf in “A Room of One’s Own”, Eliana takes the room for her own fruitful place of creation. Subtlety, calmness and awareness; these are the constants in her vision. However, her peace is intermingled with one of the unknown passions. Secretly being a metalhead, she admits that there are ironic connections to her reflective and contemplative art.

Belonging to a Jewish family, she went to a course focused on traditional Jewish art where she discovered papercutting. This practice became part of her work due to its meditative and tactile qualities. Since then, she has used this technique as a manner of appreciation of the Jewish culture, her own history and as a tool for self-examination.

The grandchild of three Holocaust survivors and the great-grandchild of victims murdered by the Nazis, Eliana has decided to research the Holocaust for her artwork. She has grown up experiencing the inter-generational effects of this historical trauma.

The project that she is doing in Pilotenkueche is called Re-Emergence. It examines the re-growth of plants on the sites of former concentration camps. This project incorporates research about the histories, constructions, and locations of the camps, in addition to contemporary protocols for the preservation of the sites. With the research she will produce a series of papercut-collages inspired by her findings. Among the layers of meaning of this project, she asks the question:

How can we allow plants, forest, and natural landscape reclaim their territories whilst not letting them conceal the atrocities that occurred on that same land? 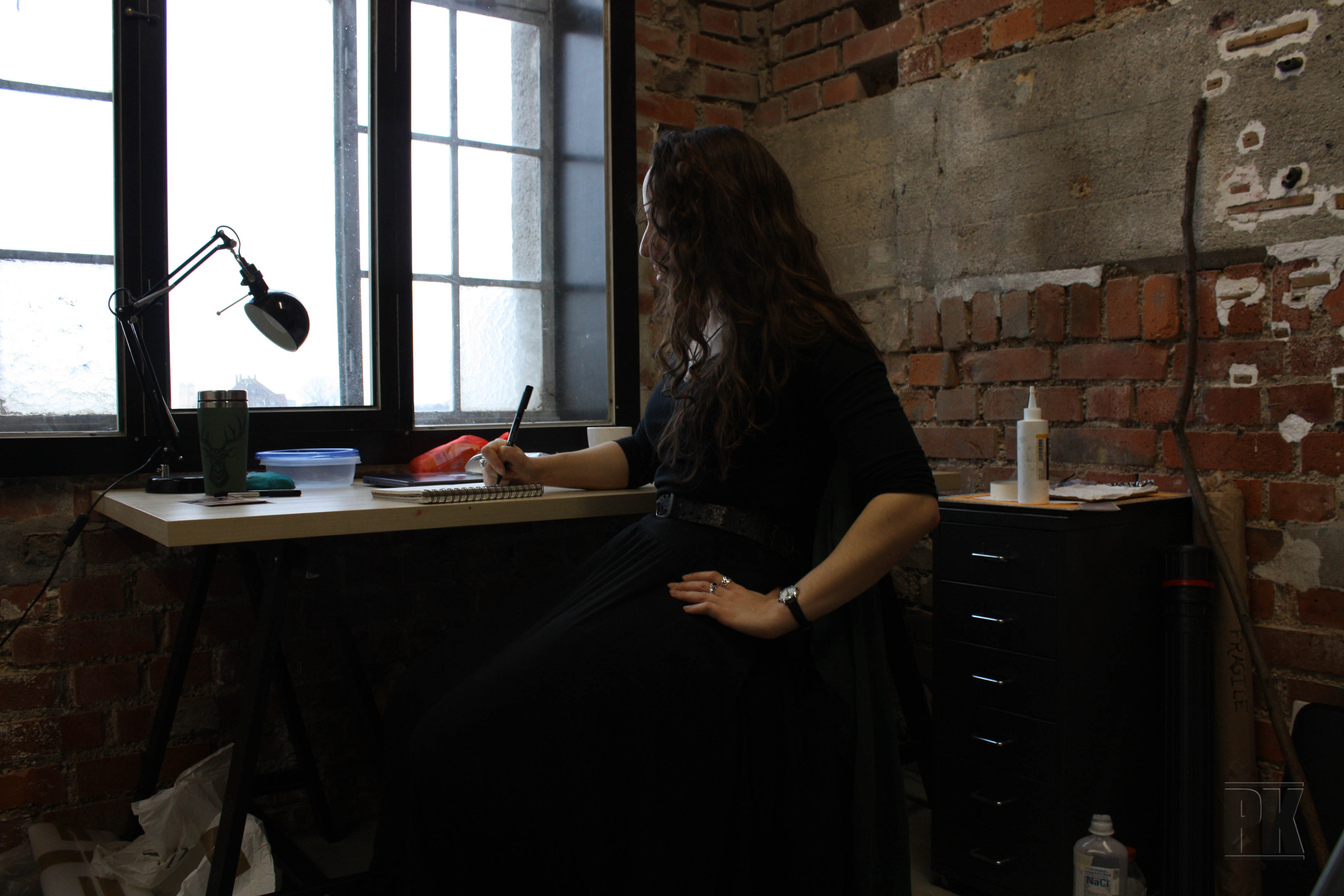 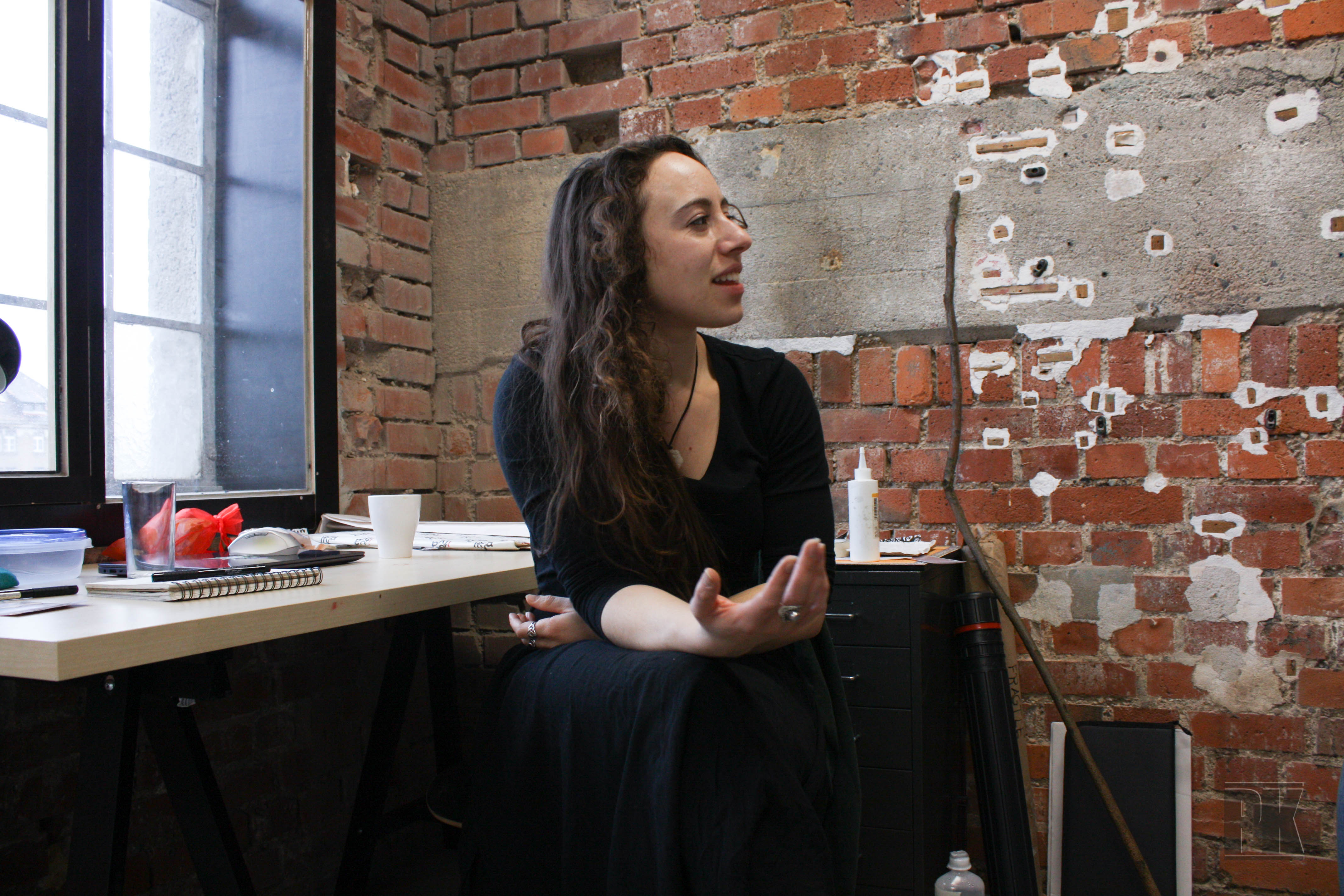 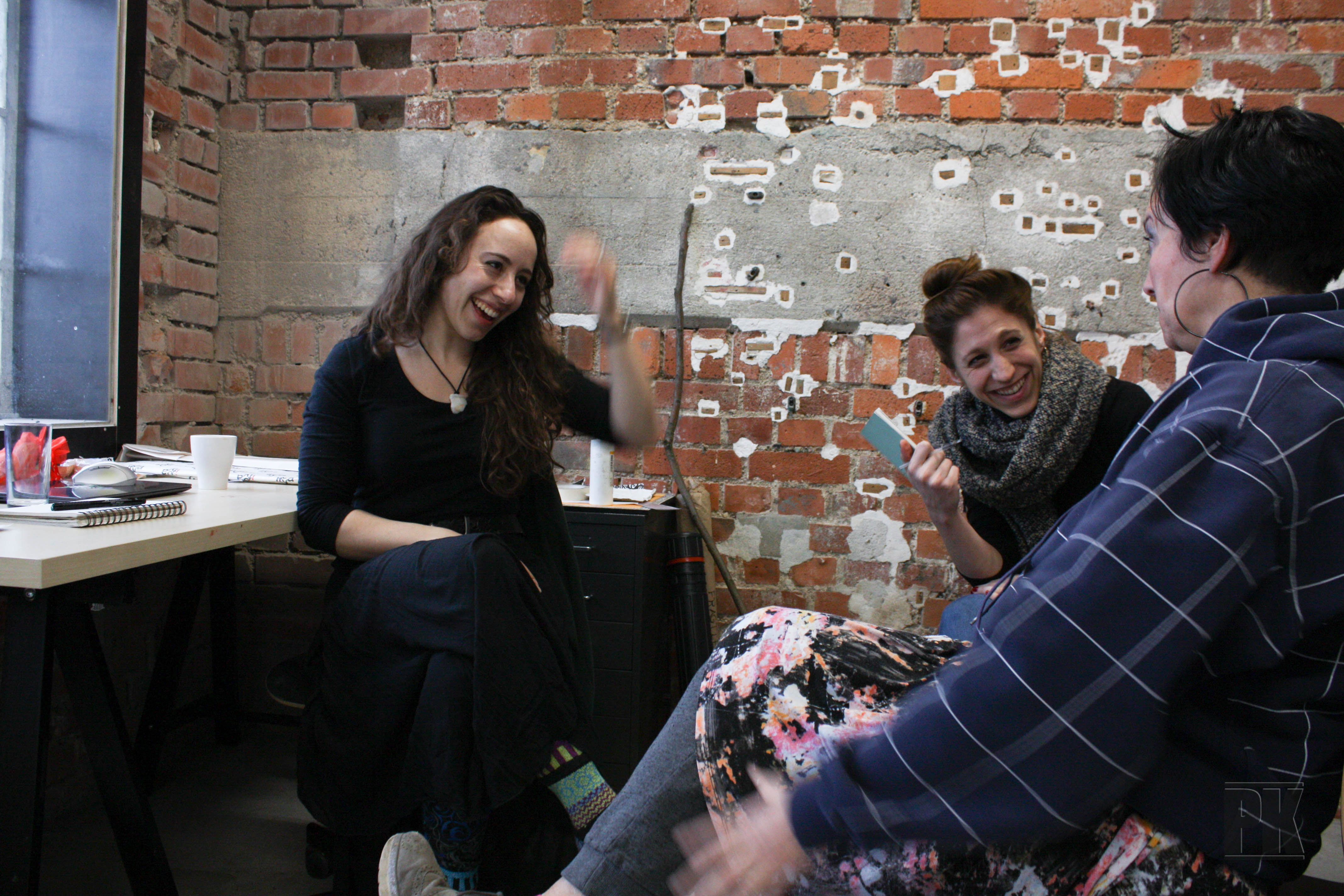 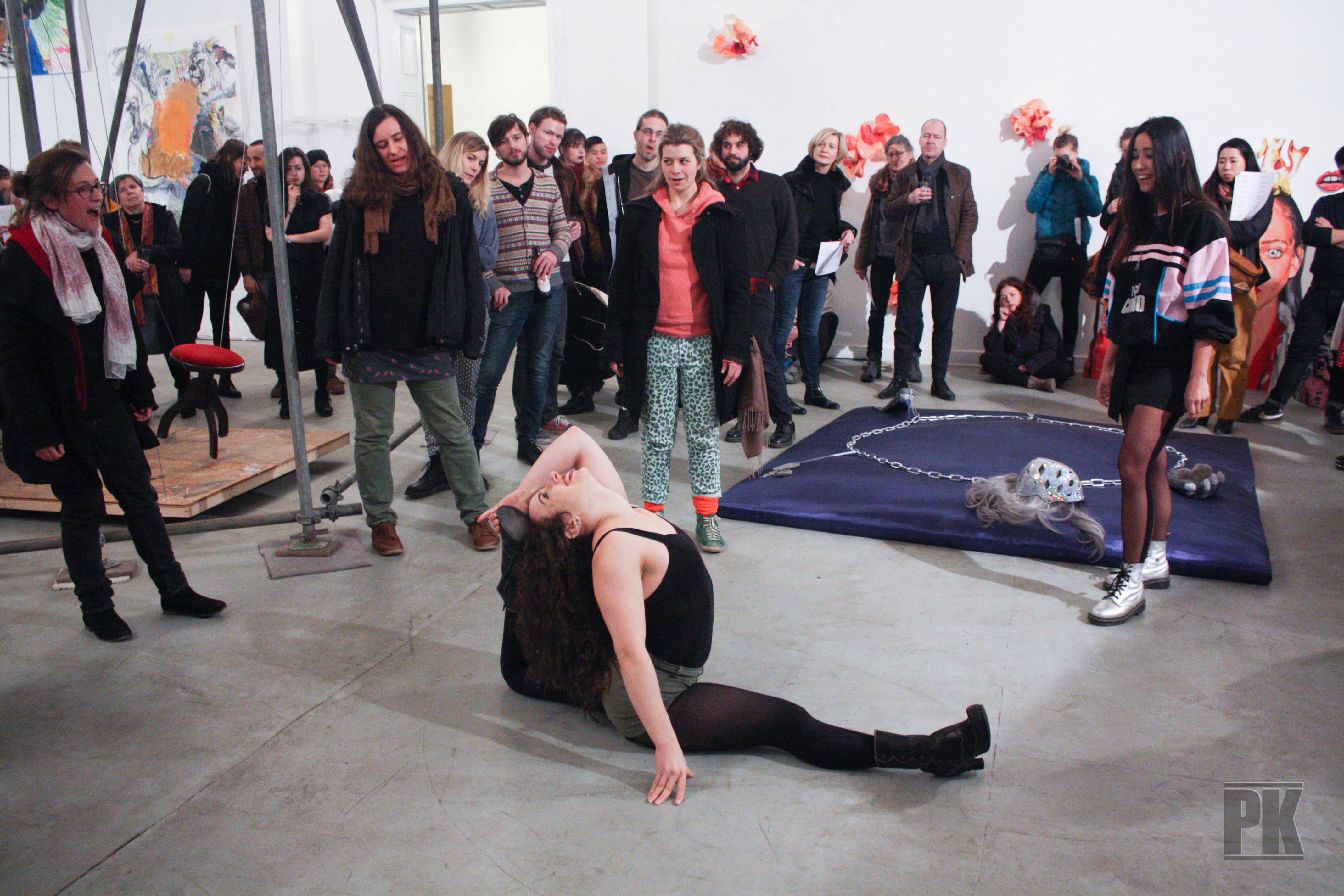 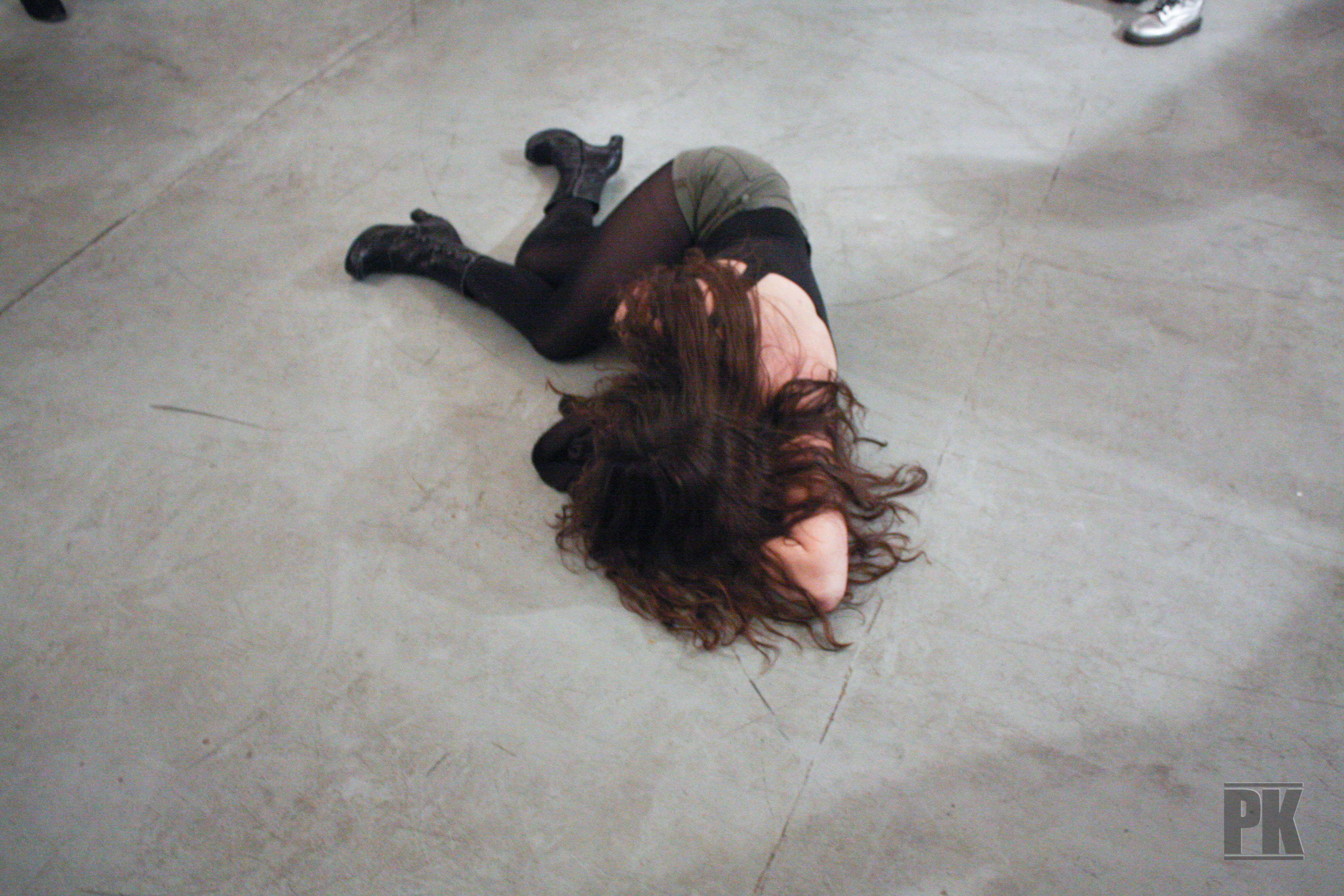 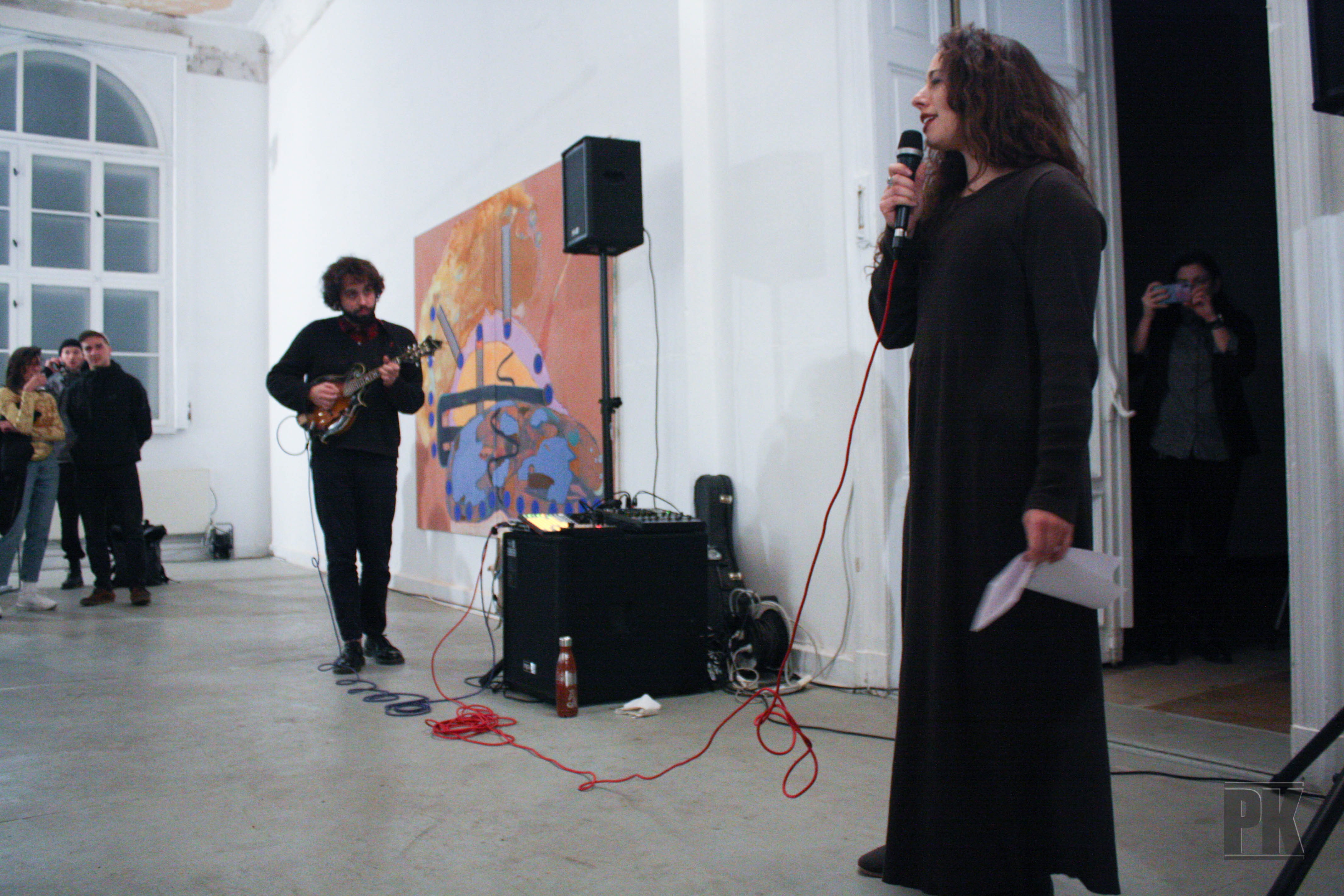 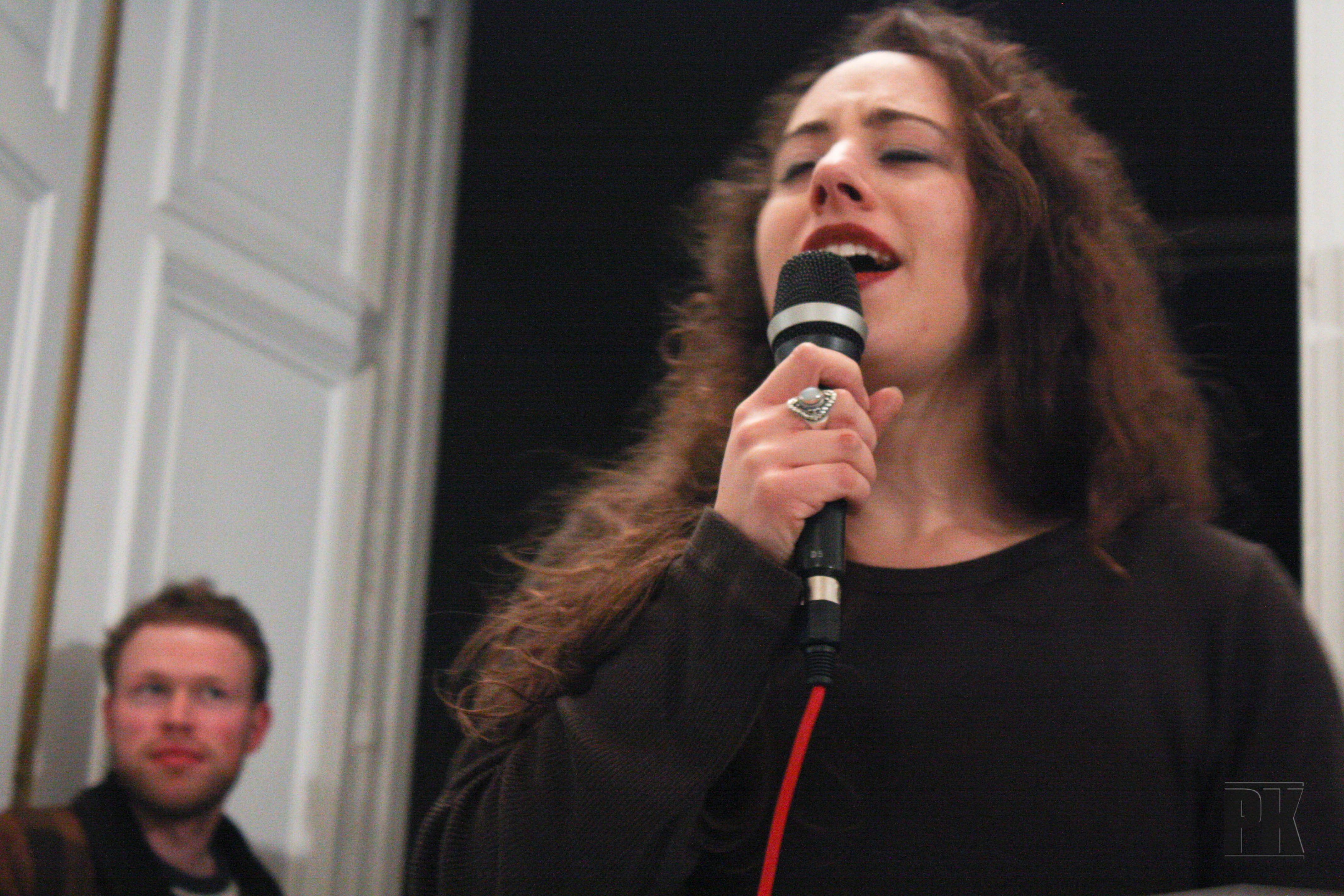 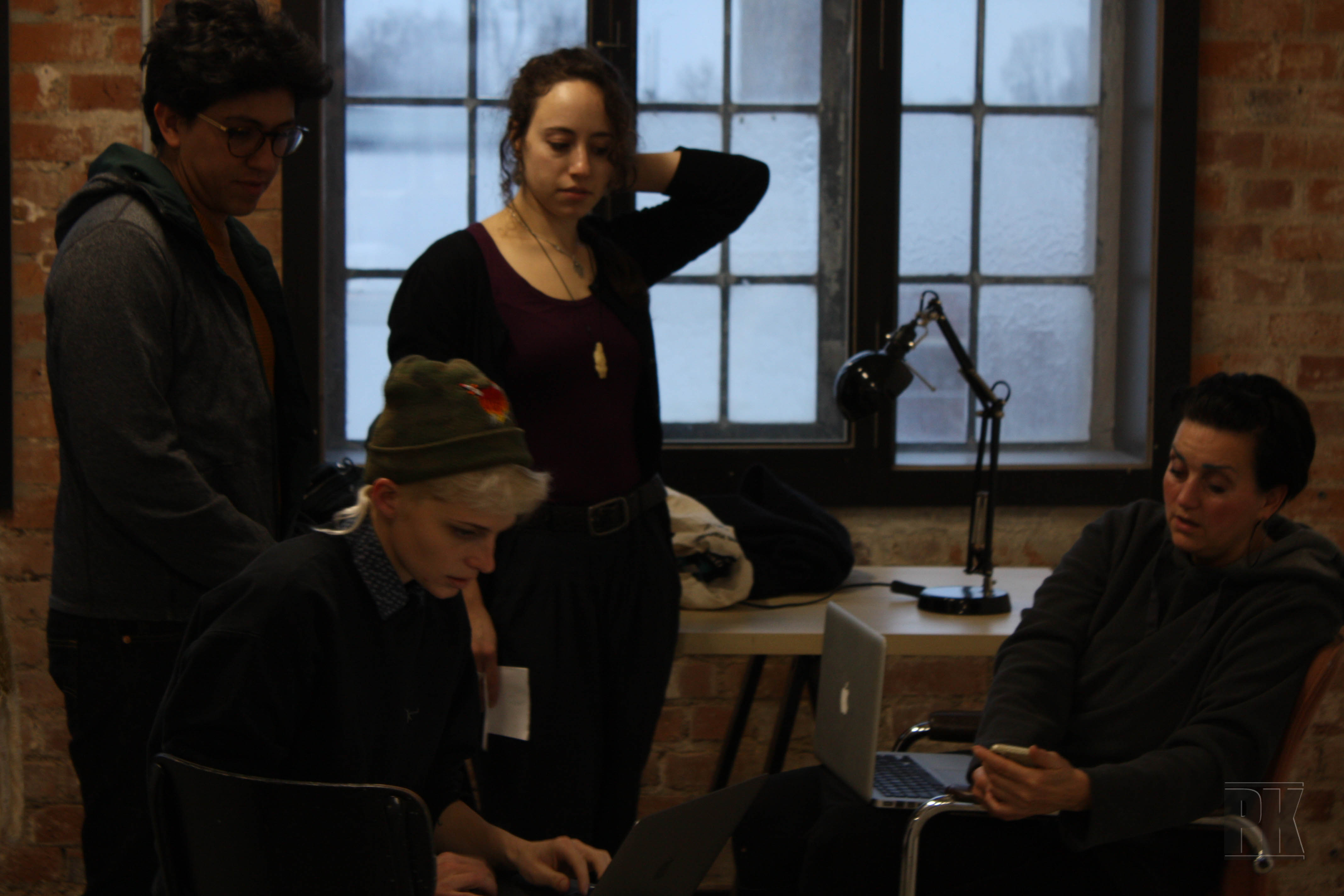 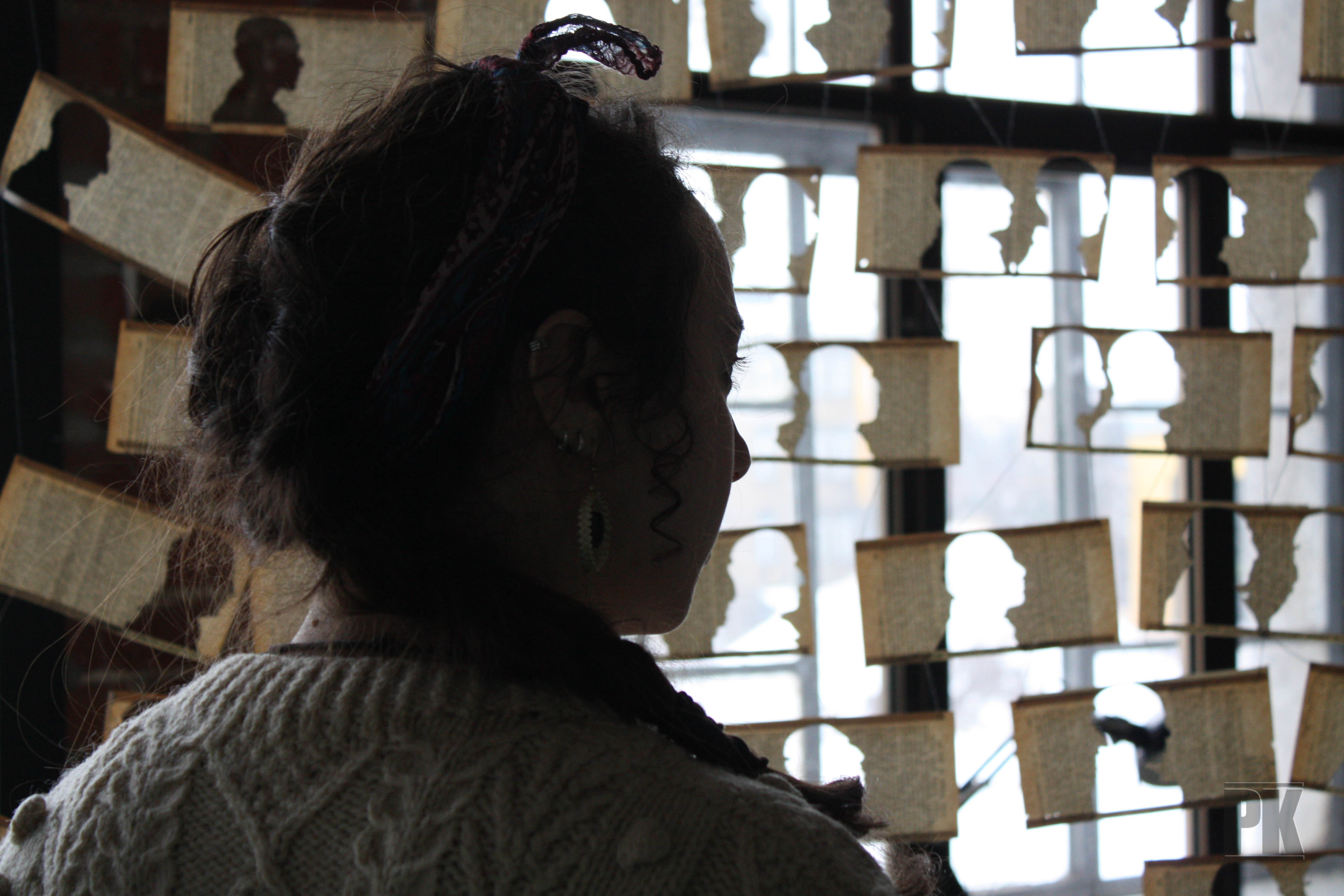 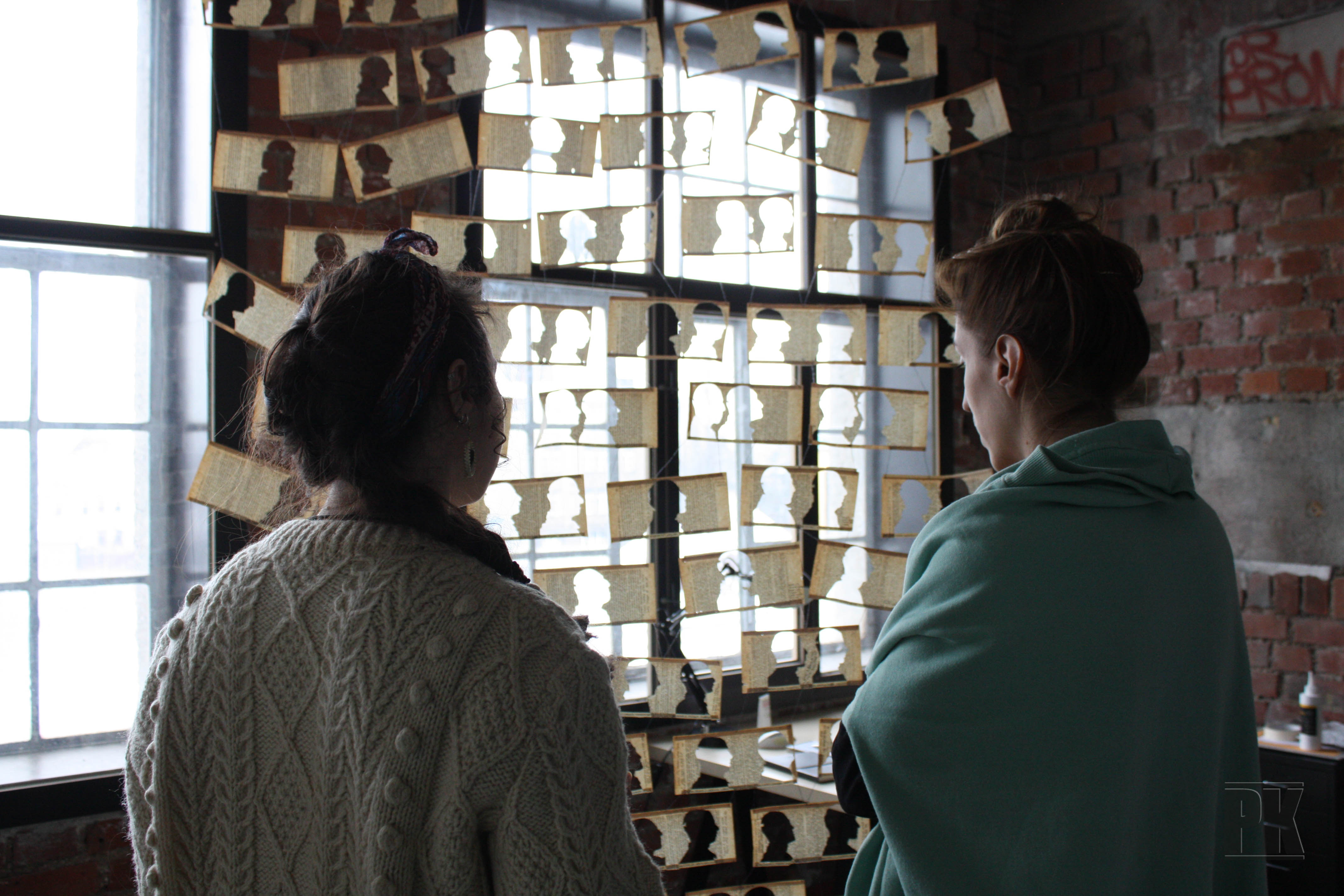 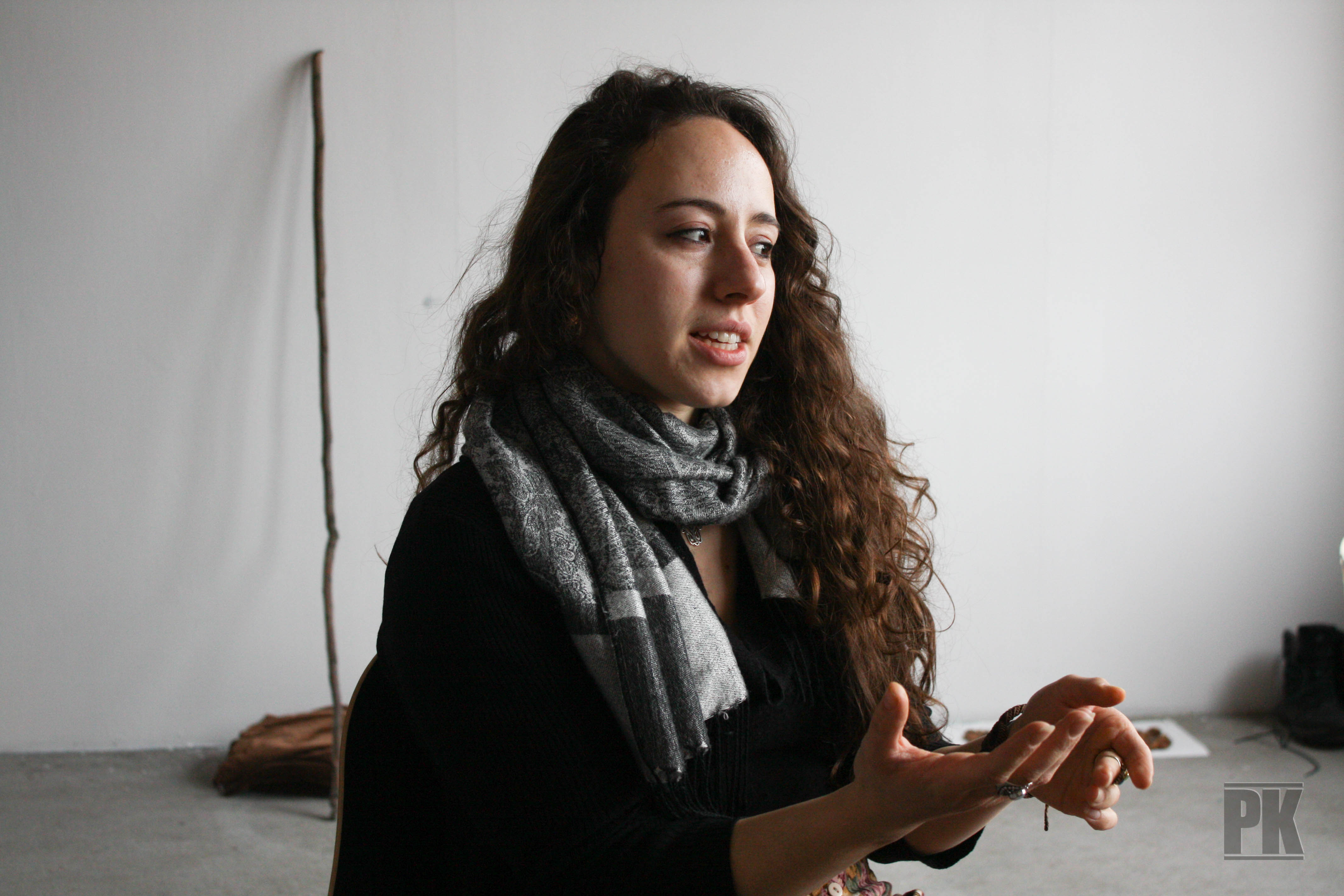 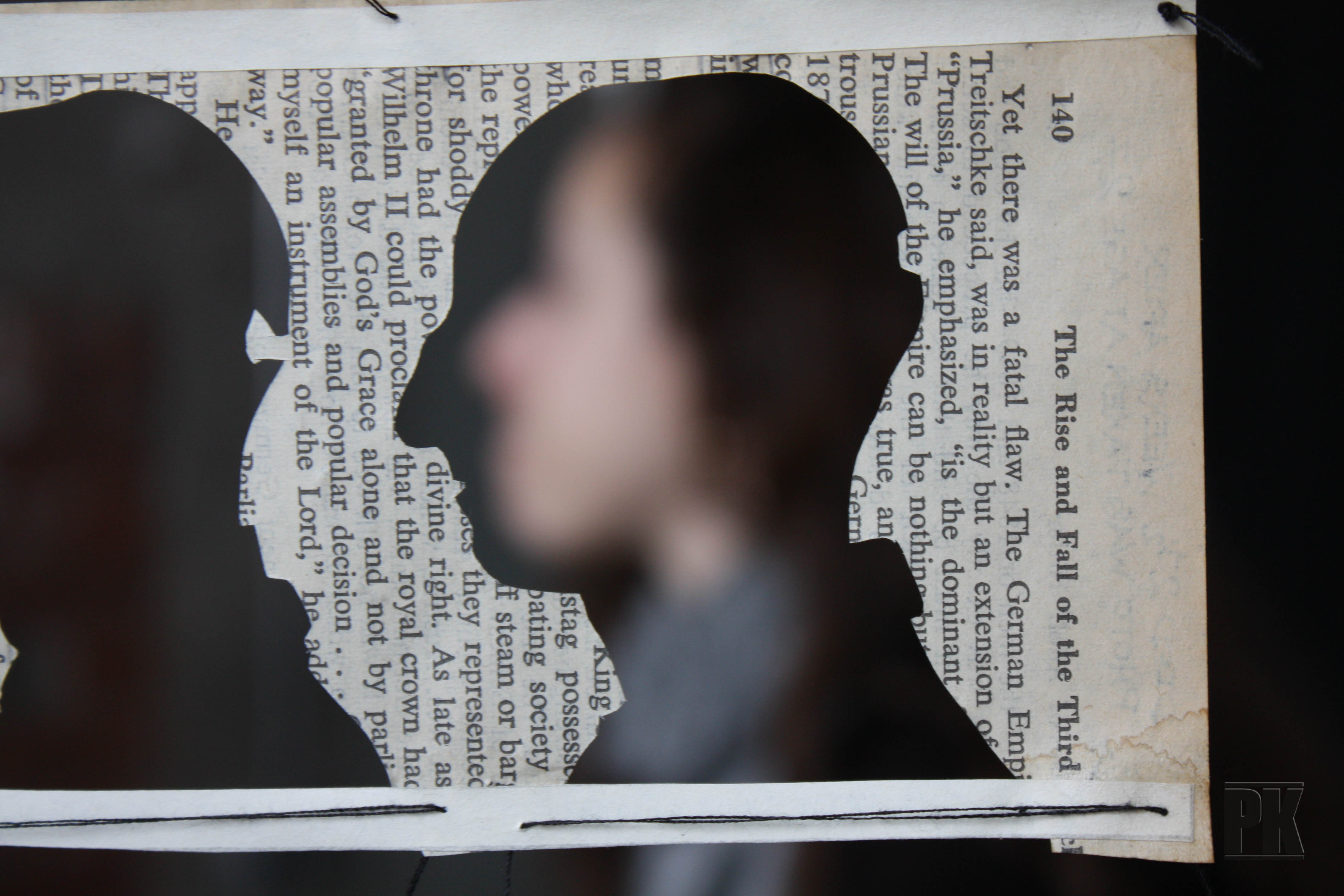 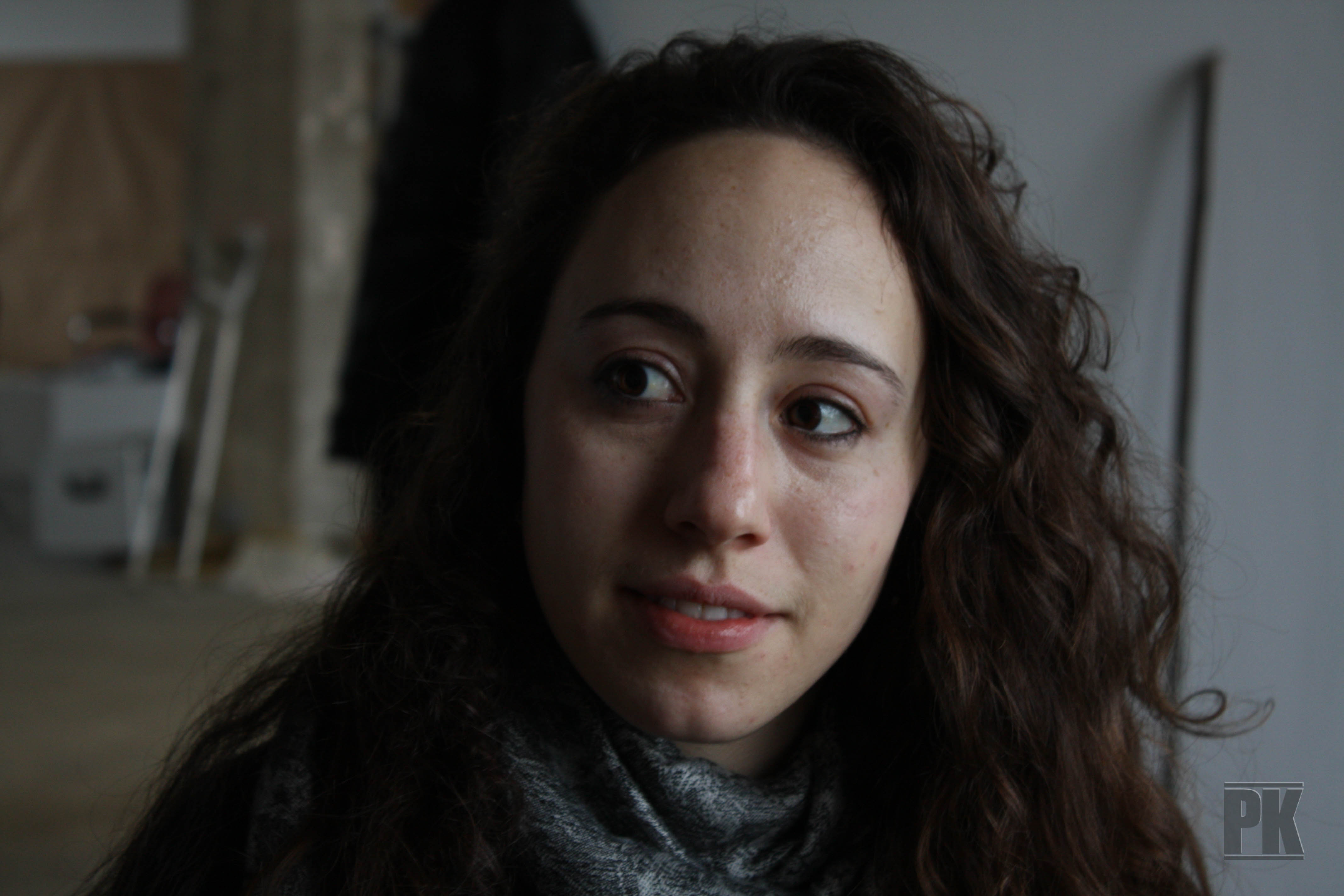 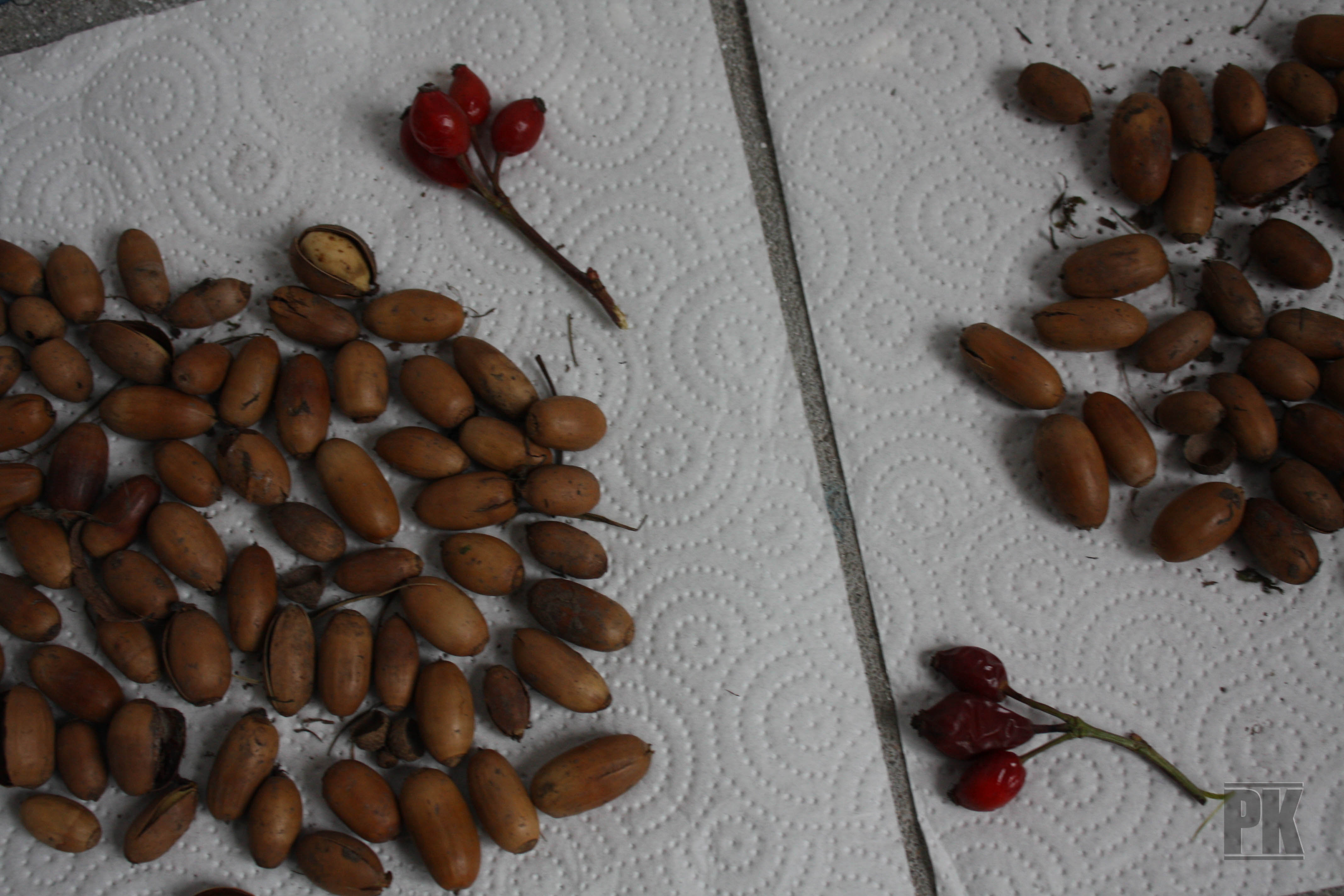 Eliana is a very multi-faceted individual with a thirst for a complete experience. This lead her to, among other things, gymnastics. Not being a tough competitive person, she decided to give up on gymnastics lessons and find another love- the circus. She finds circus a perfect platform for artistic self-exploration and analysis of the movement and body. Her purpose in development is to incorporate the circus with the rest of her art practices.

Eliana’s path to art was somehow a parental influence. As a 2-year-old, her mother introduced her to art of Monet. Later she would listen to Bach with her father. As an art history graduate, accumulated knowledge and interest in Medieval art, Baroque, Impressionism would later influence her practice.

Whilst conversing with Beau Dick [a Kwakwaka’wakw (North-West Coast Indigenous) hereditary chief and artist] about relevance of language, and its relationship with culture, she was asked, “And you, do you speak your language?” This was the moment she realized that her inability to speak Yiddish distanced her from her own culture. Soon after, she began creating research-based art about her family and Jewish history.

Eliana defends art as a irrefutable educative instrument, where old knowledge is unlearned, and new intertwined. This artist devotes a lot of time in her day to thought. In her universe between the curtains, every little detail has its reason to be. Her method of working is based on repeated reflection and contemplation. Rather than giving answers, she poses questions to the viewer. These questions are not to be answered necessarily, but considered. Dialogue, contact, spreading tolerance and cultural diversity are some of her own personal answers, at least.

Currently, she is collaborating on a music project with Ben Osborn (Jewish, UK based in Berlin). With his electronic music background and her classically trained voice, they are reinterpreting traditional Yiddish songs into the contemporary. We are pleased to have them perform at the vernissage of Unfinished Hase, 15 February at Alte Handelsschule.

In Leipzig in general and in Pilotenkueche in particular, Eliana is eager to keep the research alive and open, with the aim to get closer to understanding present occurrences, and keep finding out who she is.

And you, would you also like to see through the curtain?

Come experience Eliana’s performance and other works in the following shows: