Horizontal and Vertical Lines (Symmetric Version) 5 and 6 was Jan Vasilko’s contribution to Big Soft Illusion, PILOTENKUECHE Round 45’s first exhibition. For the viewer from afar, the two acrylic paintings are characterised by abstract shapes. Close up, the dimensional design is an illusion of line after line. Leaving the viewer with many unanswered questions, from how the Slovakian artist created it to what it represents, Jan’s work is mesmerising and mystifying and it is this response that he strives for.

As the essential element of his practice, lines are Jan’s means of expression. Drawn to their structural simplicity as a singular line yet their potential complexity as a series, Jano creates abstract symbols and signs by layering lines on a canvas. He pays attention to their length, gap, colour and direction, constructing them with precision and allowing them to merge into various geometric sets and forms. Whilst embracing cubist tendencies, Jan does not simply transform natural shapes into abstract ones, as his line compositions are now rarely based on the physical. Instead, Jan describes how he plays with lines as ‘subconscious improvisations’, deriving from his state of mind and resulting in a purer level of visual abstraction.

Fixed by various rules and procedures, geometric art is conventionally characterised by strict rigour, rationality and precision. Although Jan undoubtedly paints with exactness, he does not conform to the mathematically-calculated decision making and order of the geometric system. By combining juxtaposing geometric and expressionist styles of painting, Jan is able to embrace unpredictability yet with control. Untied from the traditions of geometry, he explores subjectivity and finds freedom within restraint. This is also relevant to Jan’s process of creation as he constructs geometric shapes spontaneously and entwines his practice with elements of chance and change. Not knowing when one line will end and another will start, extending indefinitely in both directions, his vision develops in parallel to the art itself. He does not follow the typical pattern of idea, sketch, painting. Instead of painting to replicate or enlarge a preexisting design, Jano paints to discover. 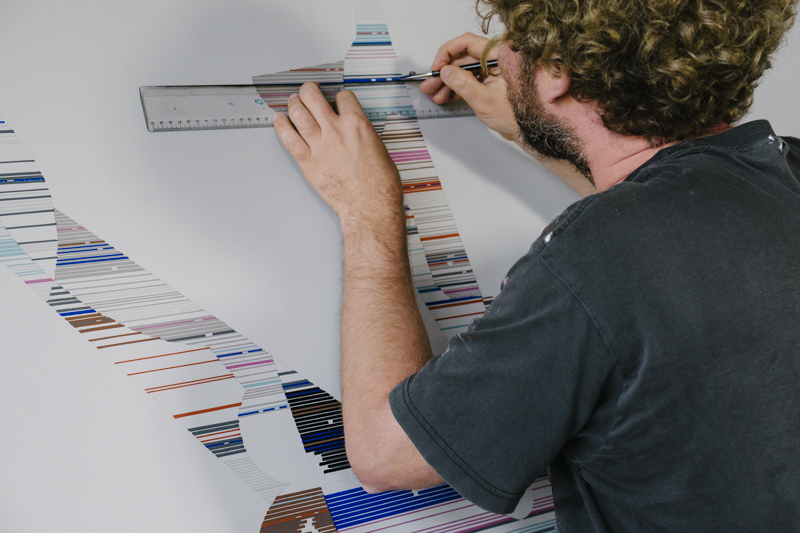 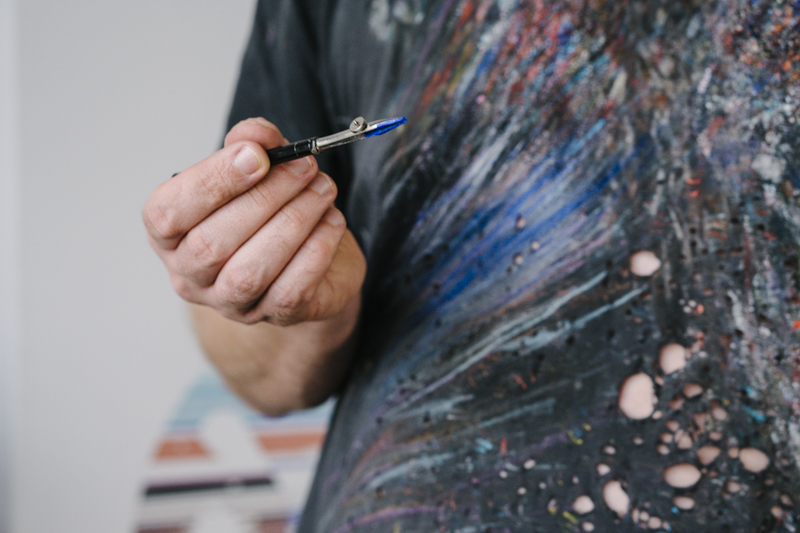 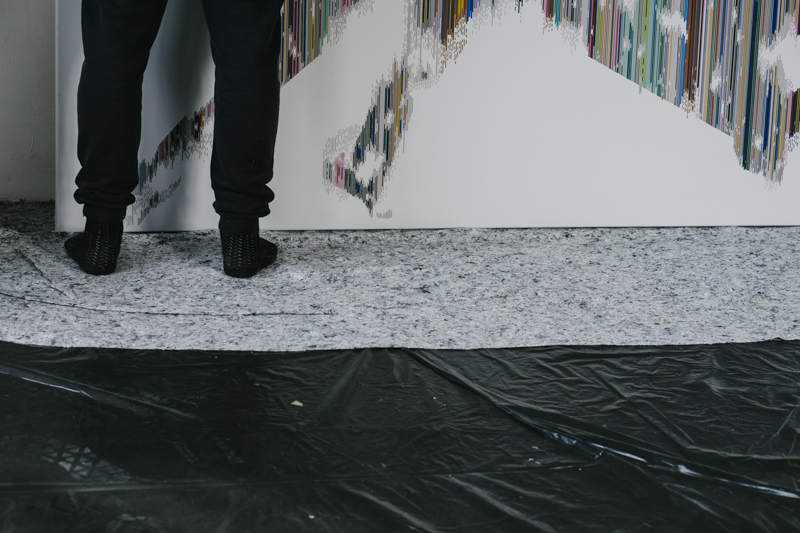 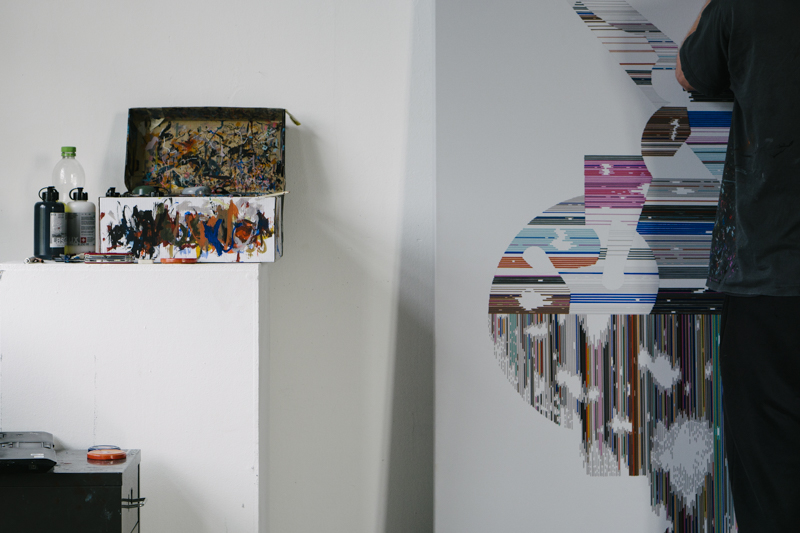 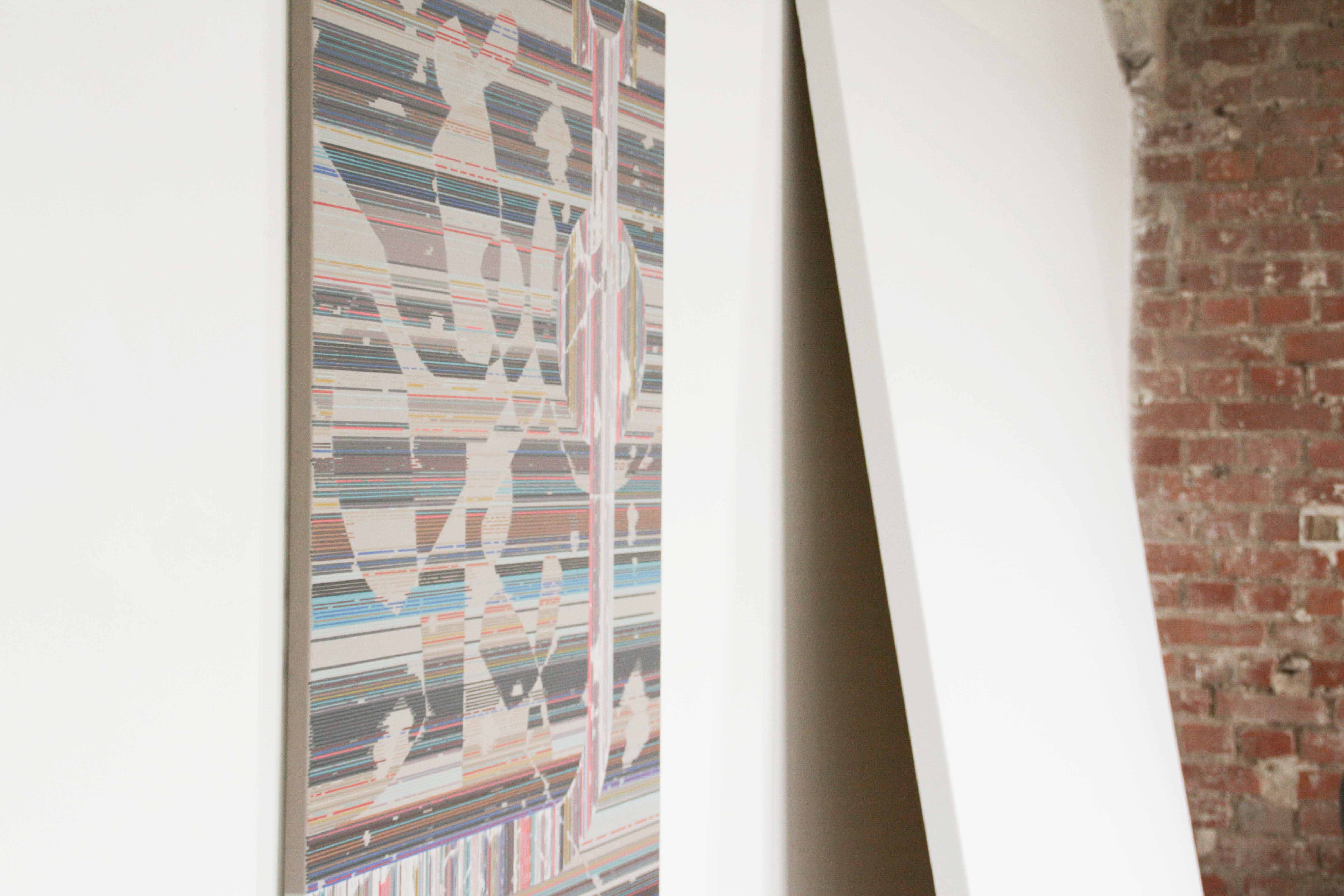 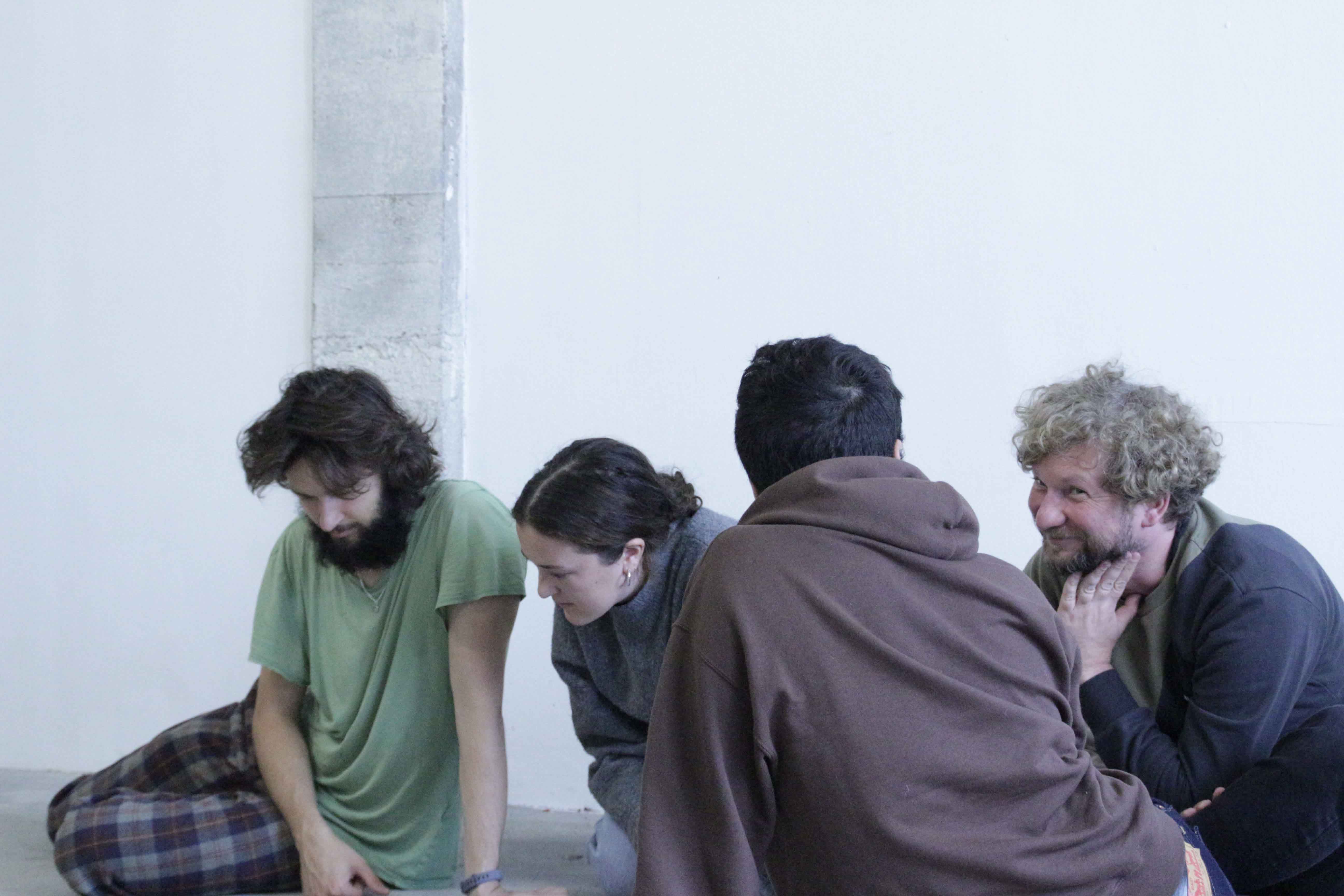 Jan’s current direction may depart from the representational, however there are various motifs and themes that draw his paintings back to reality. Incorporating various industrial objects, from spanners to cogs to a chain saw, Jan explores notions of labour, invention and production through a romantic lens. His monochromatic Still Life from a Chemical Laboratory is composed of impressions of scientific apparatus and The Mind of a Constructivist Painter resembles a network of metallic pipes. Utility machines and mechanisms are recurring gestures in Jan’s paintings, appearing sometimes antiquated and sometimes futuristic. Yet whether Jano is extracting remnants of the past or glimpses of the future, he balances on the line that separates abstraction from reality.

“Perfection is in balance”.

Jan harmonises verticality and horizontality in his paintings. He imagines their relation like the central figures depicted in Raphael’s The School of Athens, with Aristotle pointing at the Earth and Plato pointing upwards. Their gestures along different planes create a balance between them, and within the fresco more generally. This is Jan’s goal for his paintings, to create an equilibrium in his line composition. By striving for both freedom of expression and this element of balance, Jan works within a geometric paradise; where he is unbound by laws and where the various paradoxes of his work, expressionist vs. geometric, romanticism vs. mechanism and abstraction vs. reality, are all equalised.

Big Soft Illusion may be over, however Jan’s work will also be at the final exhibition of Round 45 in December, Flat Time Experience. To see more of his work, visit his website and instagram. 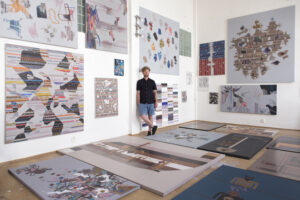