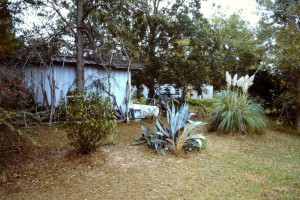 Eriz Moreno is an artist from Bilbao, Basque Country. His practice has led him to places as different as Eastern Europe, North America and Western Asia where he spent time researching and collecting documentation for his projects. He has been part of several collective shows, such as  “9980 km el horizonte que nos separa” at the Domus Artium 2002 Museum (Salamanca) and” Horizonte” at the Guggenheim Museum Bilbao. His solo shows include “Projekt Beton” at the Szczecinek Regional Museum (Poland) and  “Ararat” at the Ereván Contemporary Art Museum (Armenia). We asked him a few questions about the process behind his work.

When you decide on a project, do you focus on the place first and then stumble upon its history? Or do you decide to tell a story using the place where it took place?

Both. Usually you start one project that then takes you to the next. For example, while I was in Poland I came to Leipzig to research something related to the project, and during my stay here I first learned about the Battle of the Nations monument. Sometimes I’m just listening to people talking about a place or a history and I see potential. Afterwards, you just need to know how to take advantage of this potential. It doesn’t matter which one come first, it matters how you get to it.

Which element informs your work the most, symbol or reality?

If I enter too much on the symbolic, I give too many opinions. For example the Battle of the Nations monument, or Mount Ararat: they are both physical and symbolic places. I have to be careful, because I’m working with things that hold a lot of meaning for different people. That’s why in these cases it is best to see these things as objects and to remain neutral, so that after people can form their own opinion during the exhibition.  That’s why I’d rather use photos and documents and also why I try to present them in a neutral way. Because we weren’t there, so we don’t know for sure what happened, and therefore we could be unfair to those for whom these places have a much deeper meaning. But of course everything in art is a negotiation between the symbolic and the real: the final artwork becomes not just a collection of symbols, but something that by existing in reality creates a symbolic relationship with the public.

When do you know that a project is finished?

When I start another. No really, when there’s nothing else I can add. A project can be reopened whenever I find anything related to it. That is not my main concern, when to finish. I can reuse things, make new interpretations, revisit places and what happened to them in the meantime.

Investigate, collect, tell. There is never a final artwork, it changes depending on the exhibition it needs to be tailored to the exhibition, the place, the audience. As Bruce Lee says: “Be fluid, be water, my friend.”