Late into the night on any given day, you’ll find Sotiria Bramou working in her Victoria Square studio. It’s not the poshest address in Athens, in fact quite the opposite. The derelict neighborhood is home to many immigrant communities and the perfect area of town for the self-described “punk” to create her visual and wearable art. Interested in art’s militant potential, she is motivated by what society deems unacceptable.

“My thinking, and thus my work, revolves around deconstructing dominant social stereotypes and expressing my own values as a worker, as a female, as a designer. I have participated in contemporary art exhibitions in Greece and abroad with projects mainly related to social issues, minorities and vulnerable groups. I do not accept the title “artist”. I treat myself as a worker in arts and not as an artist.”

Art as catalyst for change

The current state of crisis has not brought people together in a wave of mutual support. Conversely, it has enhanced the ethos of “us or them”. Otherism results in a divide. The dominant, usual and orderly are pitted against the partial, foreign and extreme. Sotiria gathers inspiration from minorities and vulnerable groups. She removes the questions of religion, nationality, gender or age. Through her creations she aims to encourage support, not only to deal with discrimination and all forms of violence directed at the discriminated, but also to heal their wounds. Once strong enough, they will be in a position to claim their inalienable rights, and move forward with a creative remodeling of their lives. She sees a long road ahead and COVID is not helping.

Sotiria and the body

In her project ΗΛRT, the body becomes the key figure. Sotiria fashioned mixed media pieces to be worn on the head and body. Her efforts to communicate “the different”, materialize in a series of weird creatures who stand strong and proud. The forms confuse human categories, as well as the distinction between human and animal. These “ugly” creatures have obnoxious personal habits. Not quite male or female, they are the “other”, the “different”, the “wild”, the “freak”. 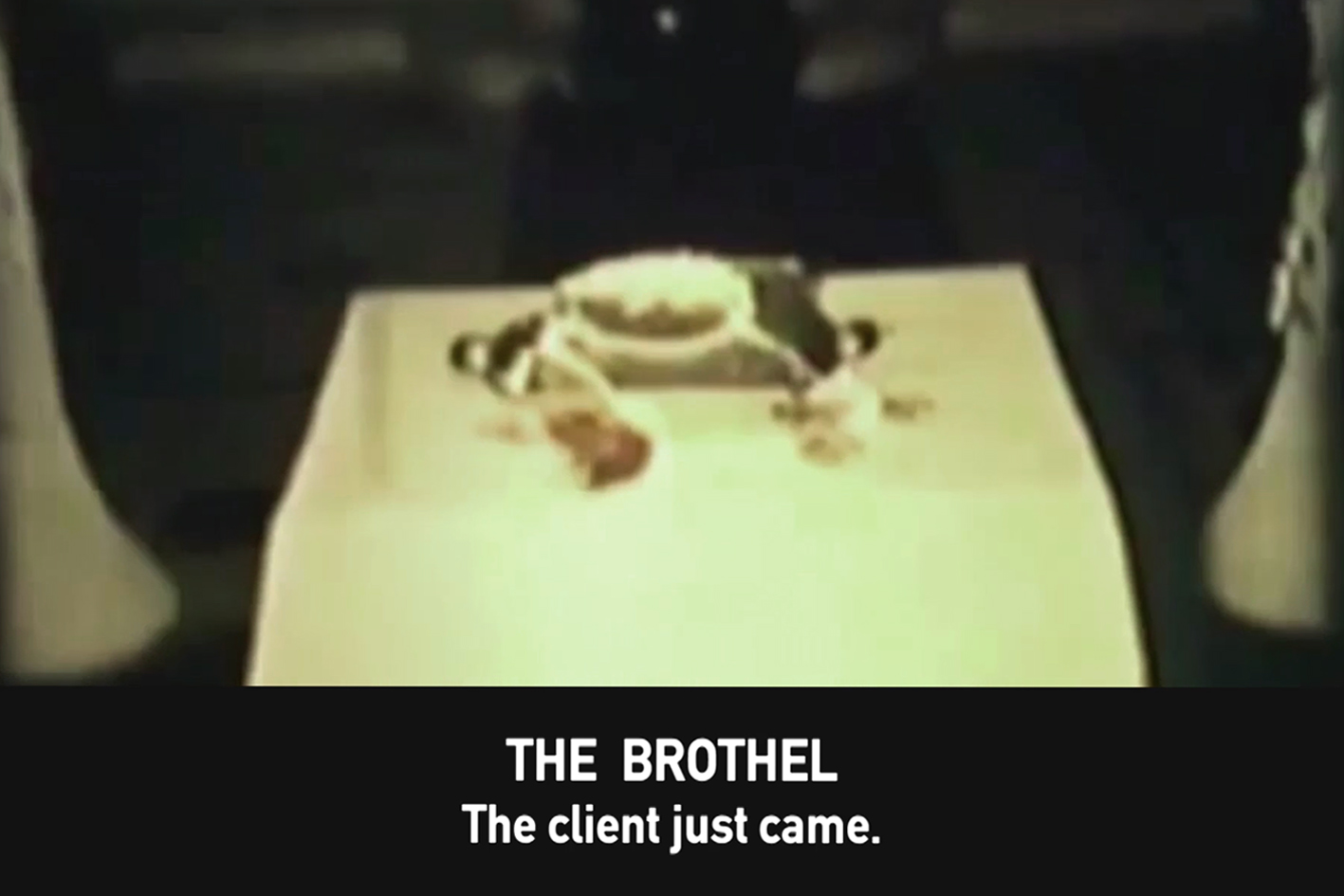 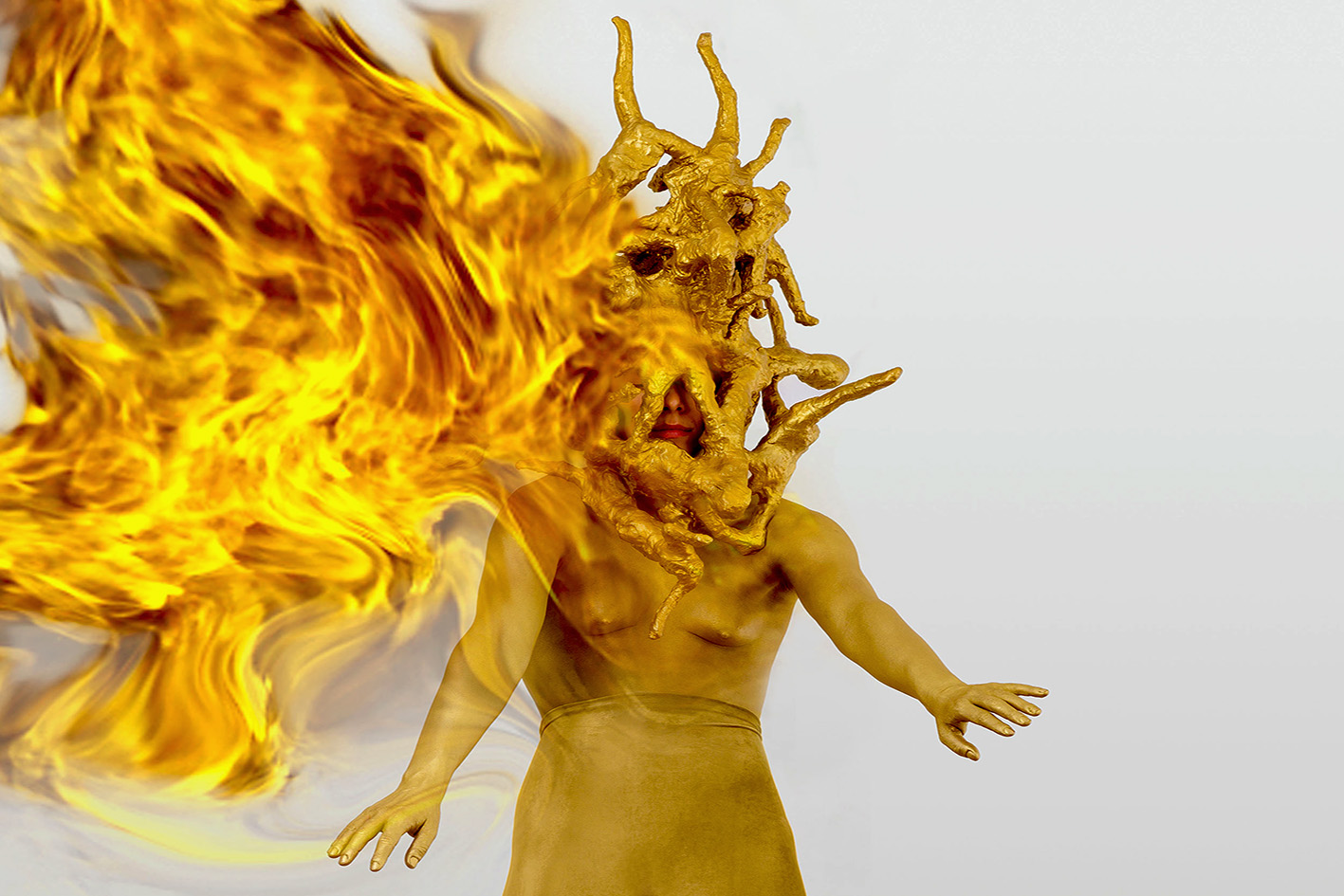 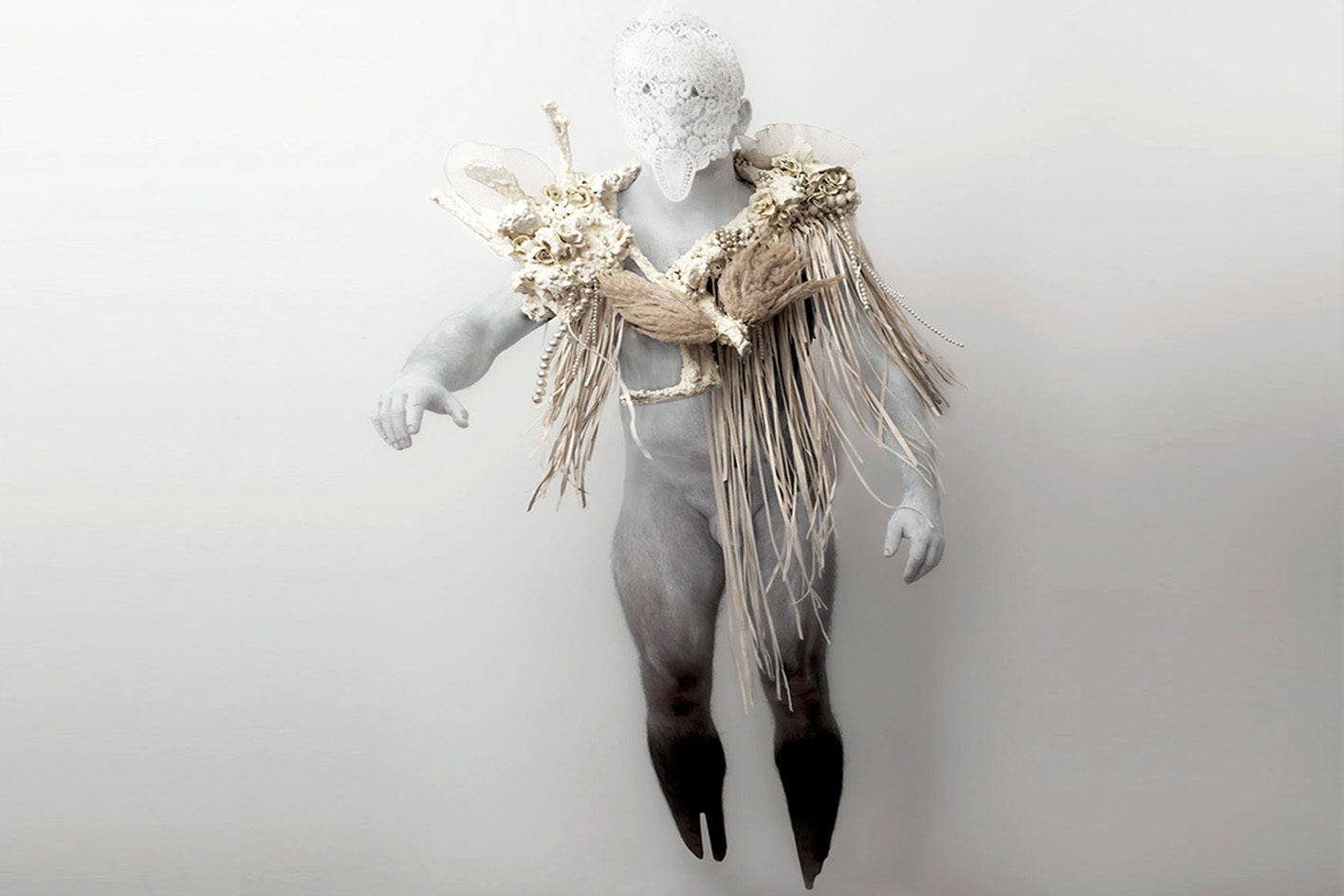 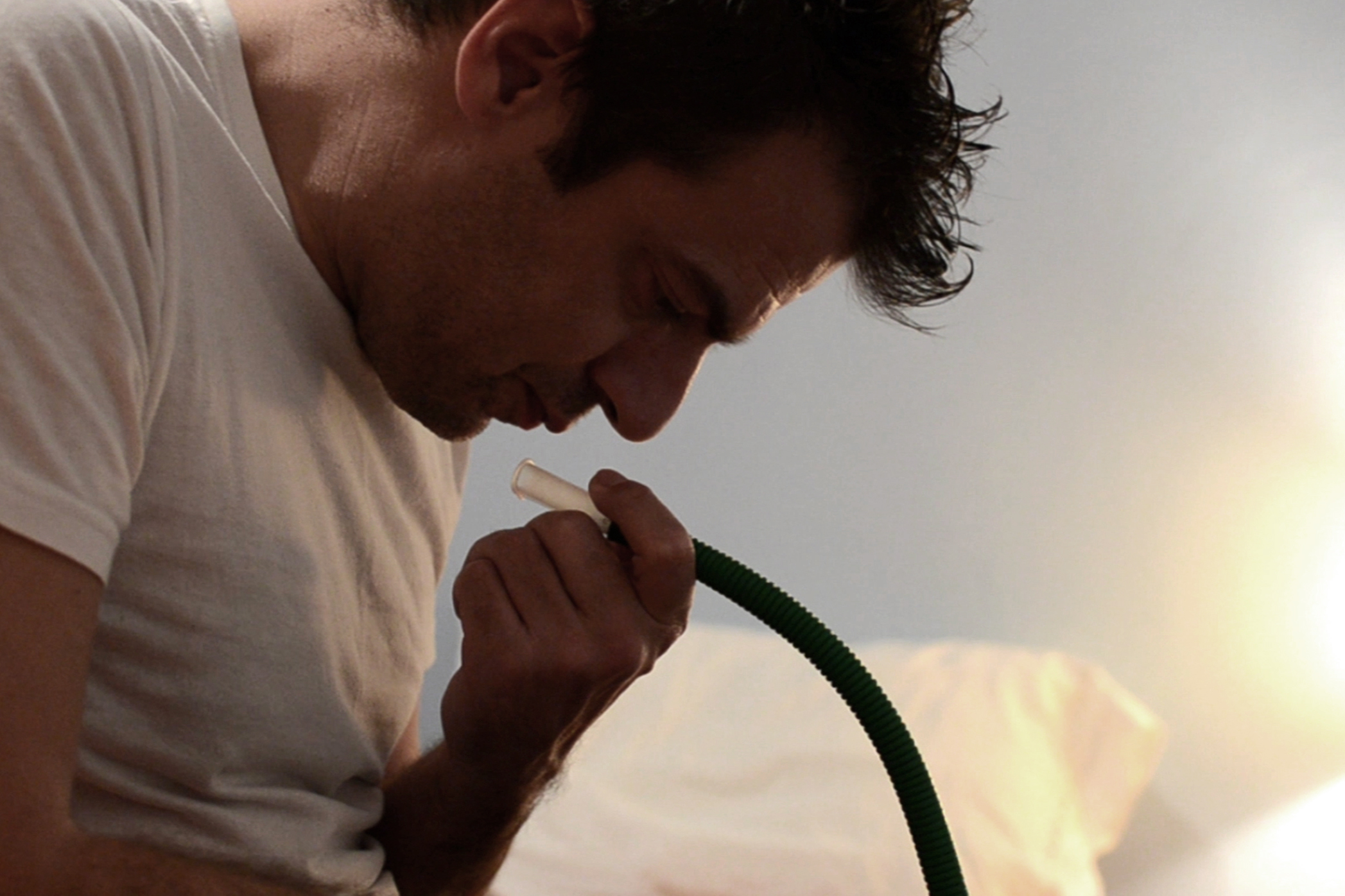 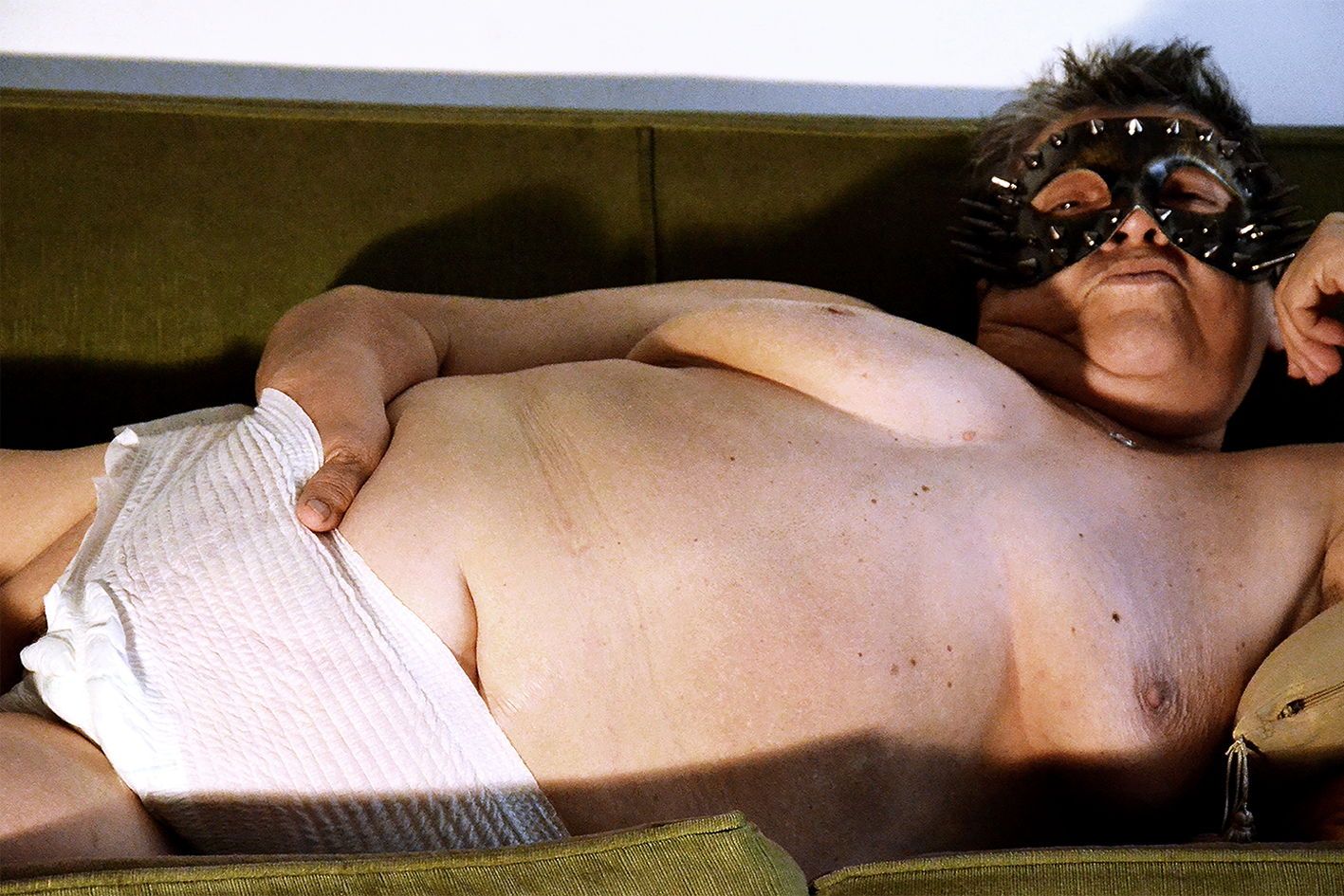 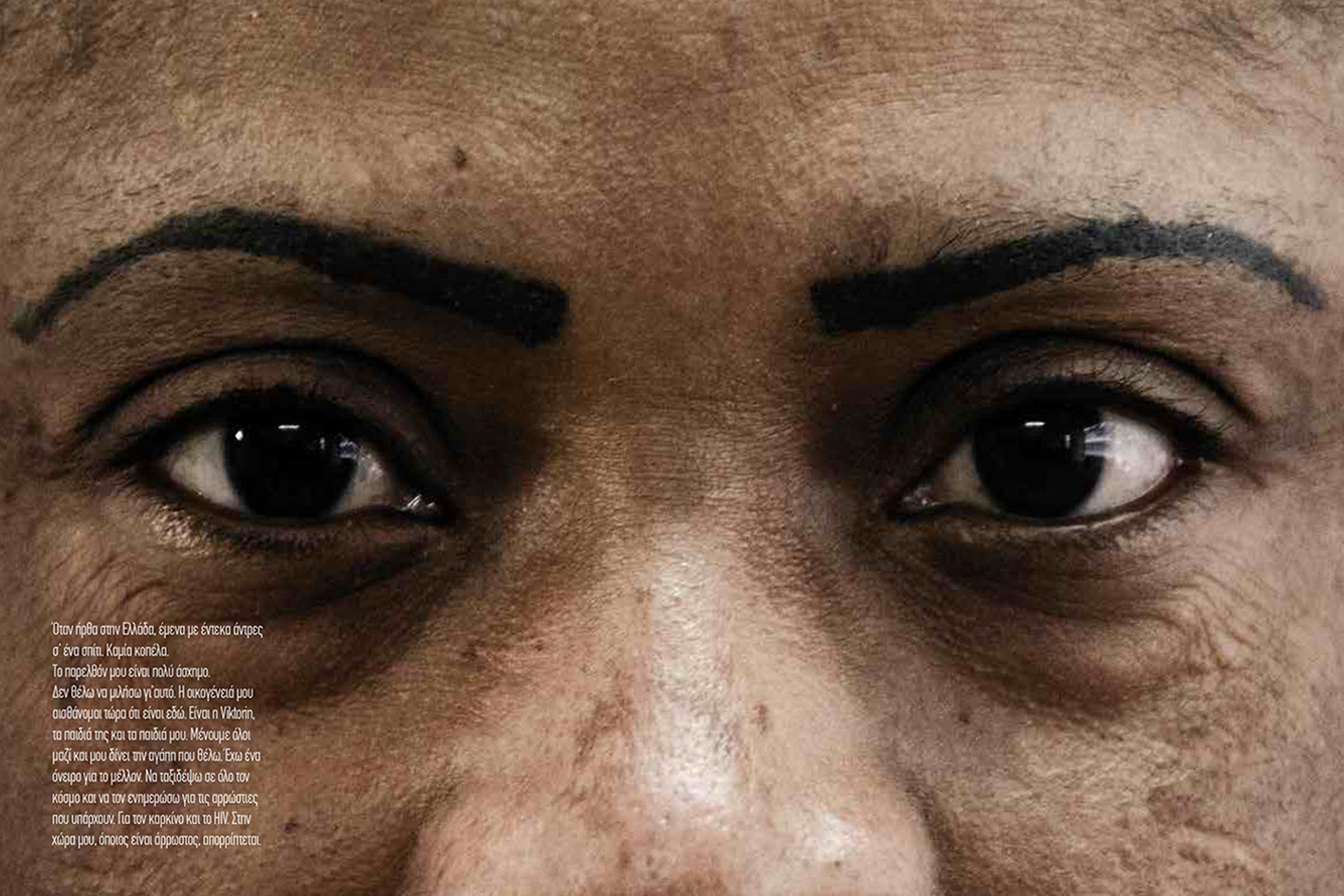 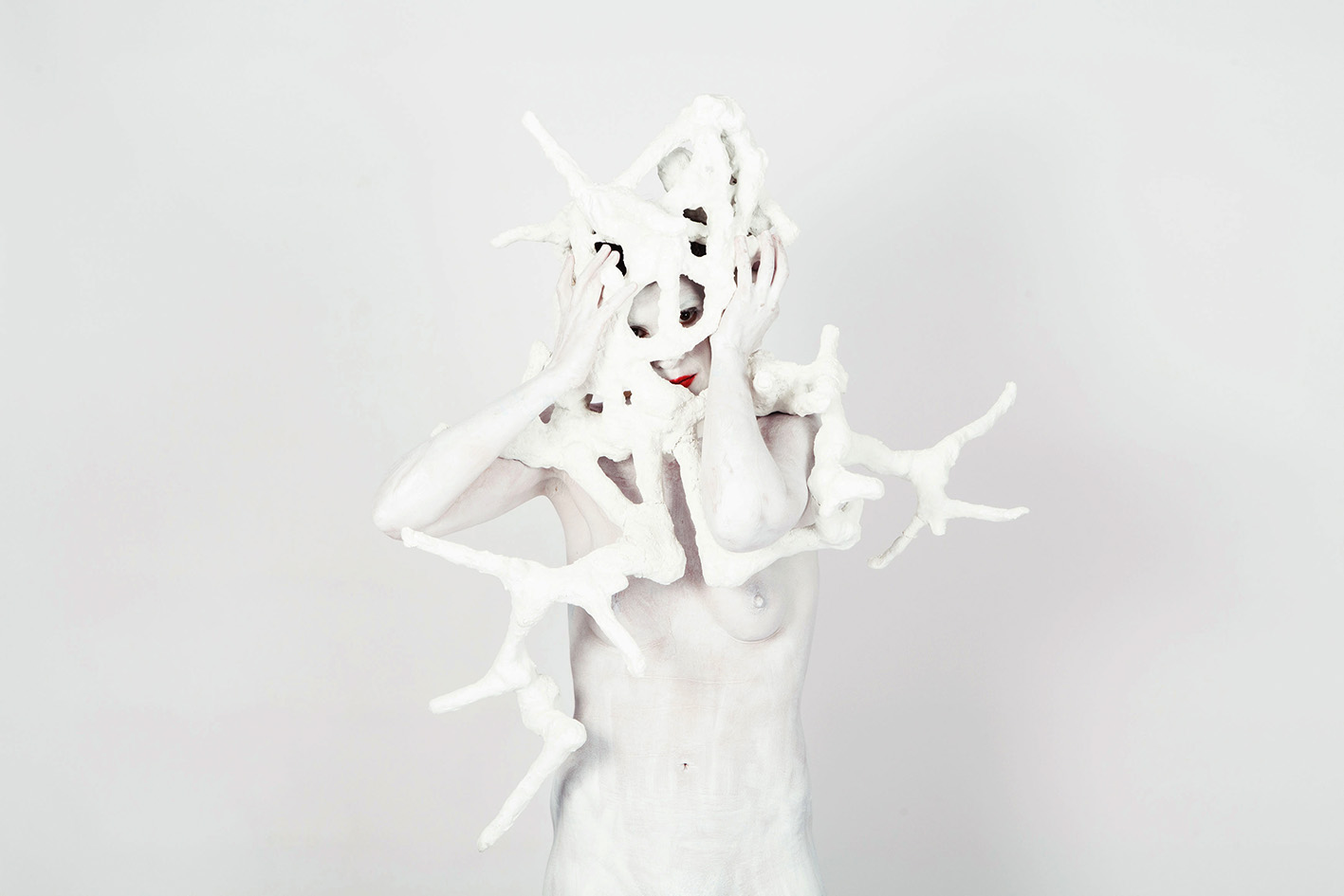 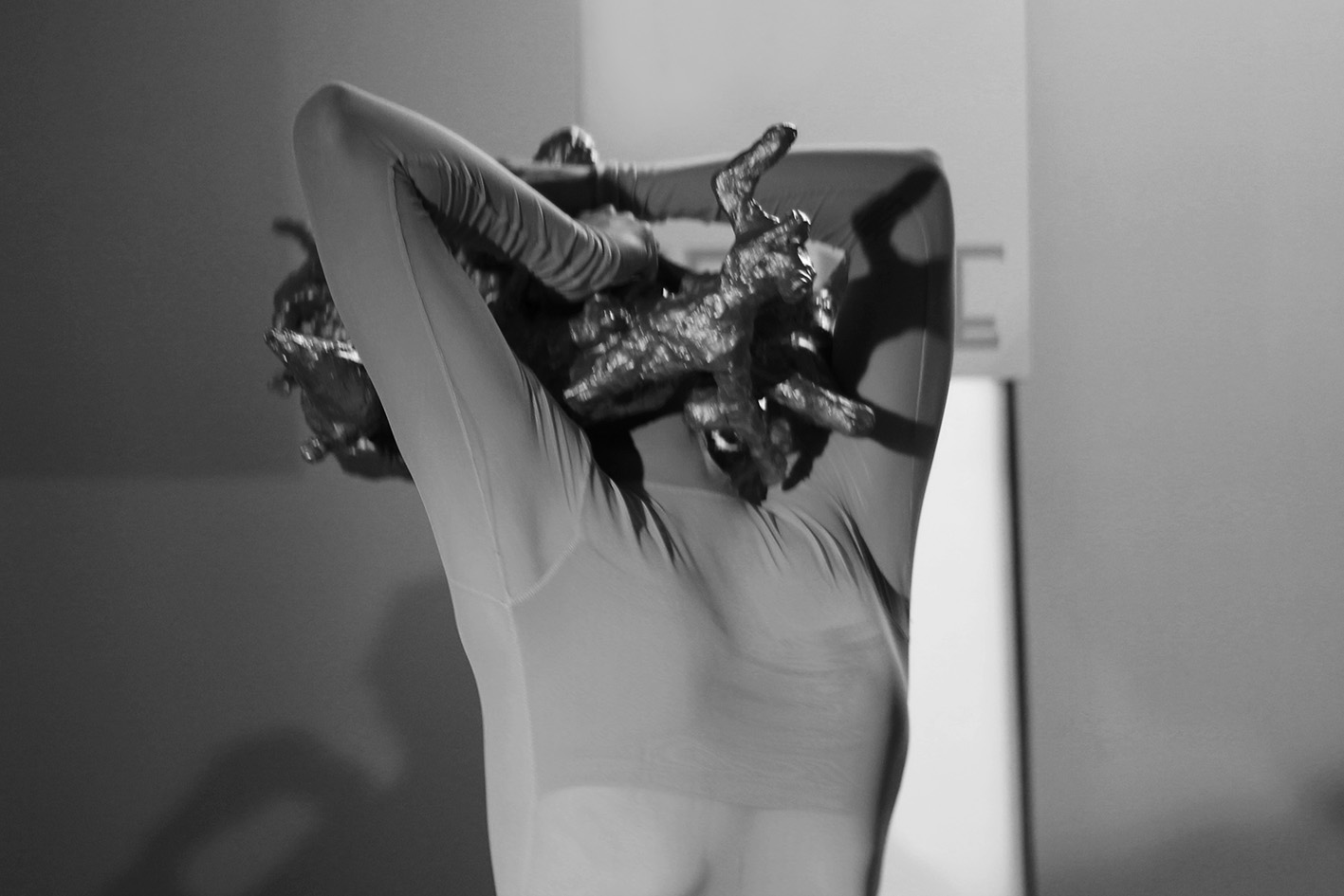 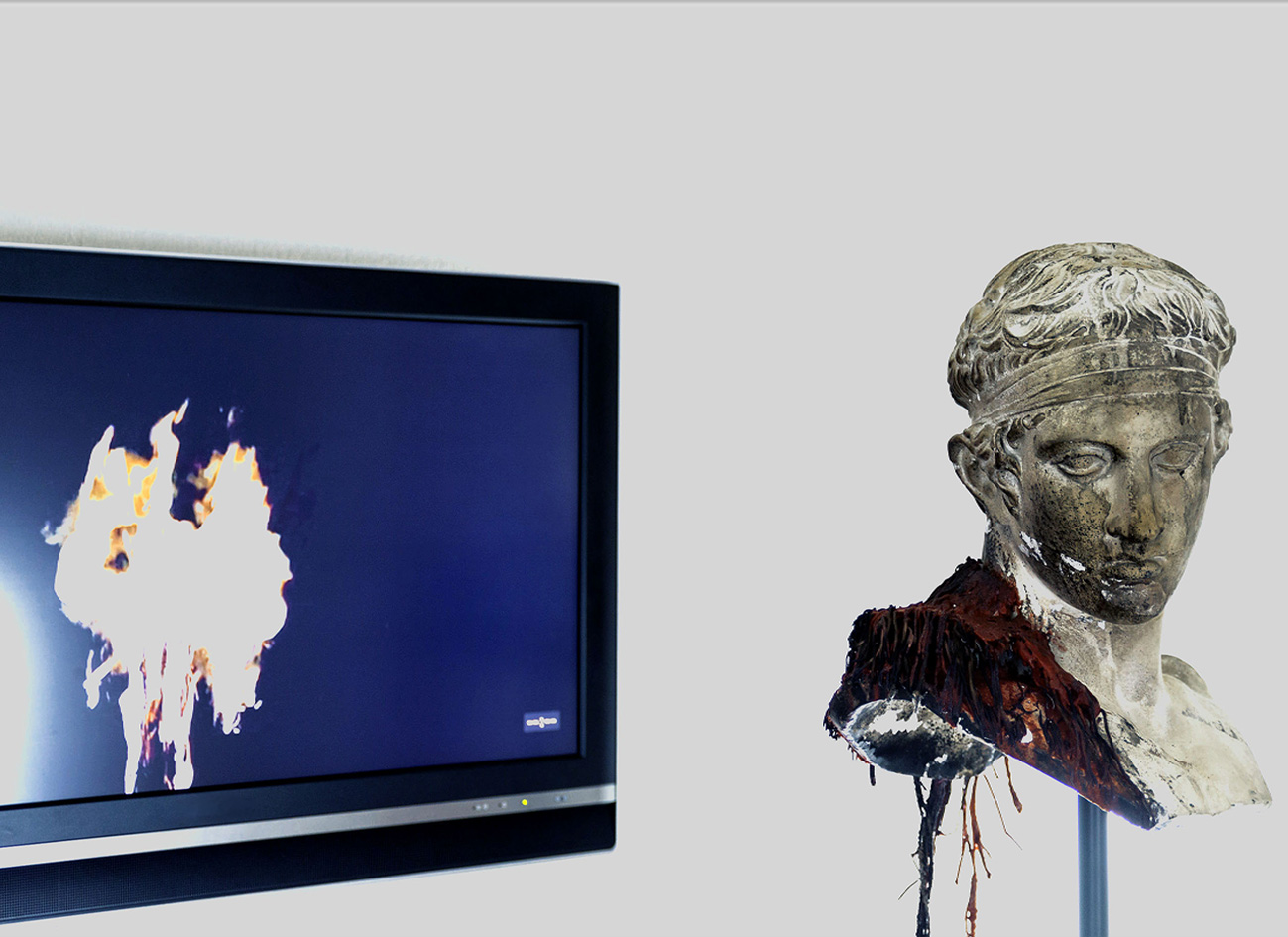 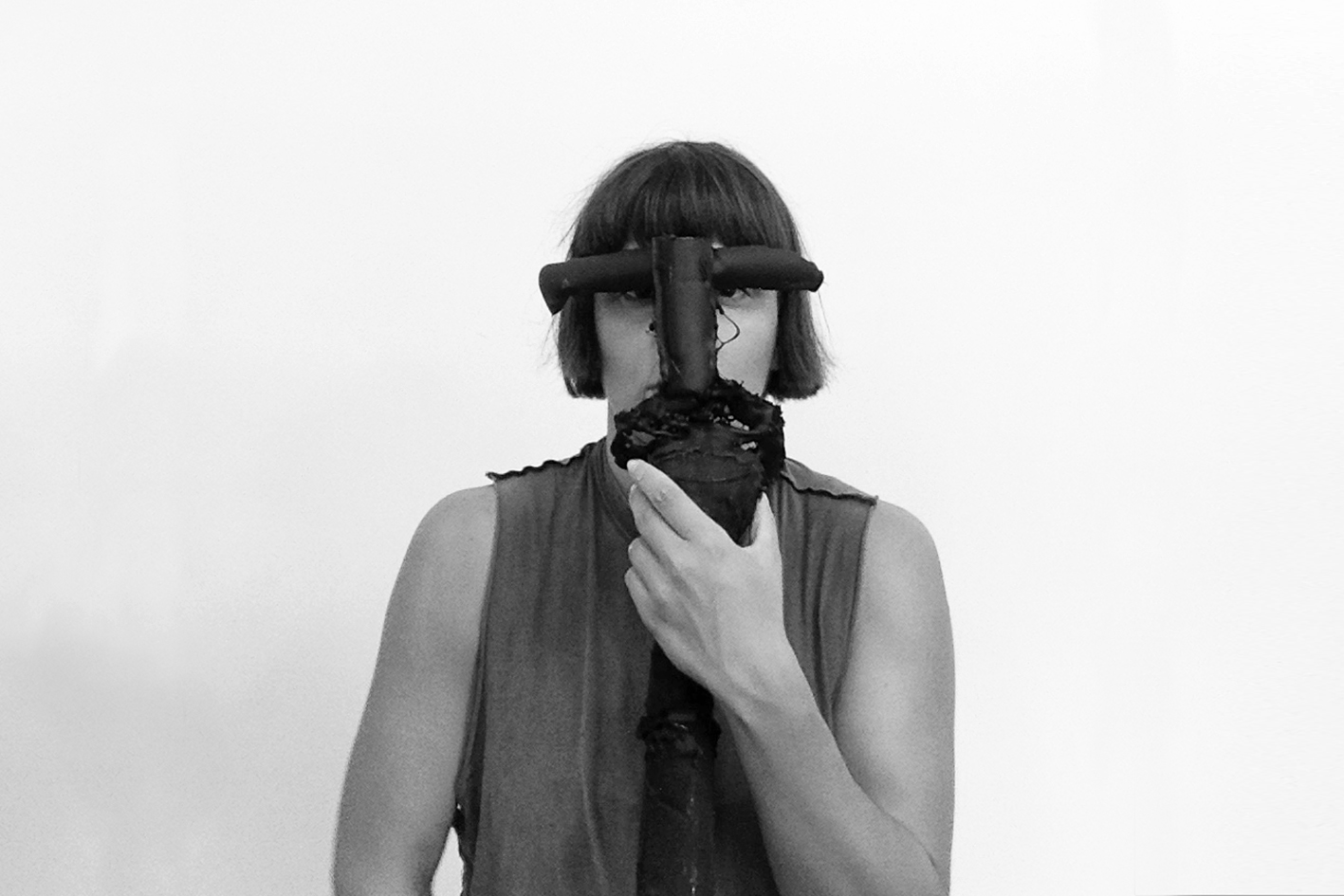 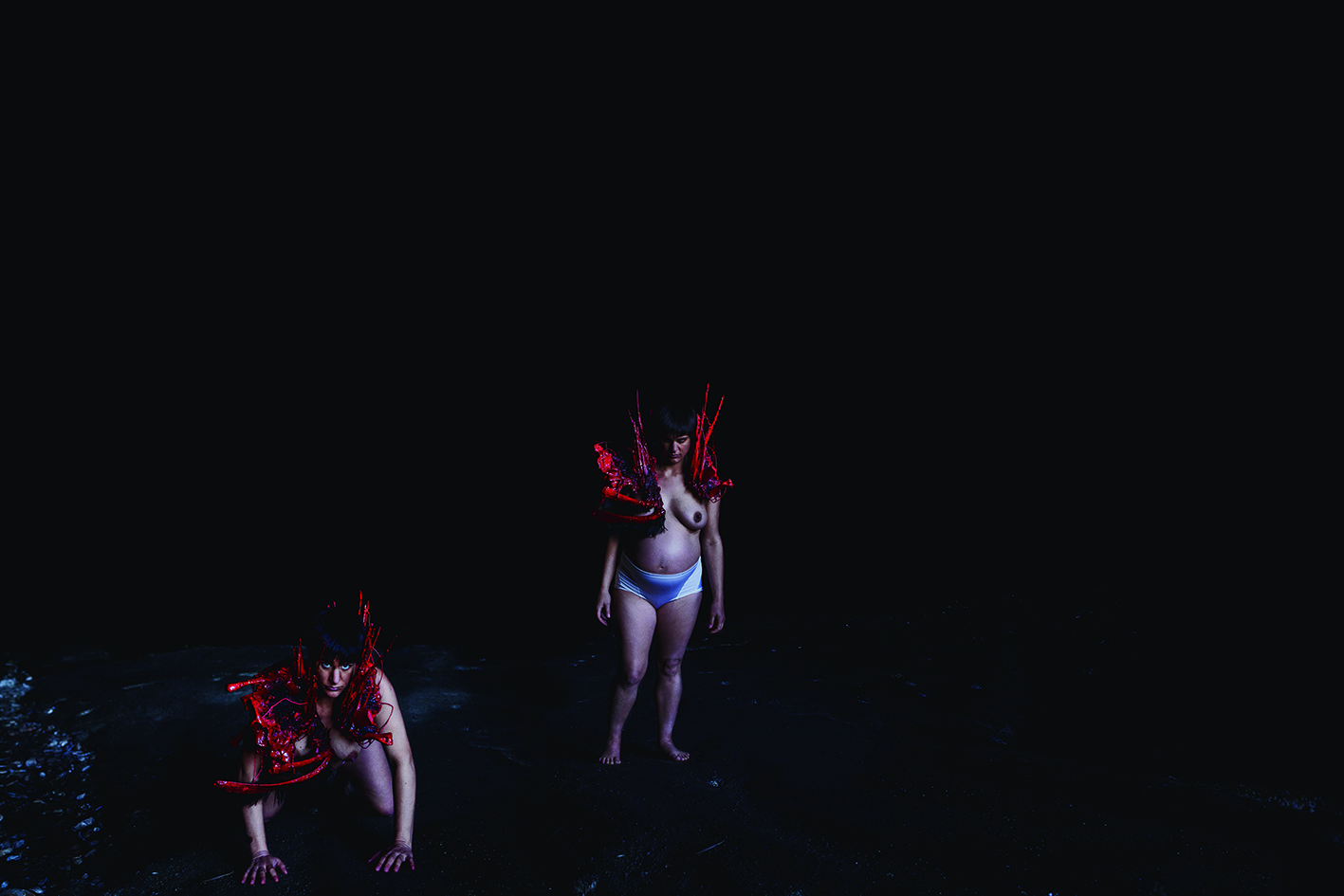 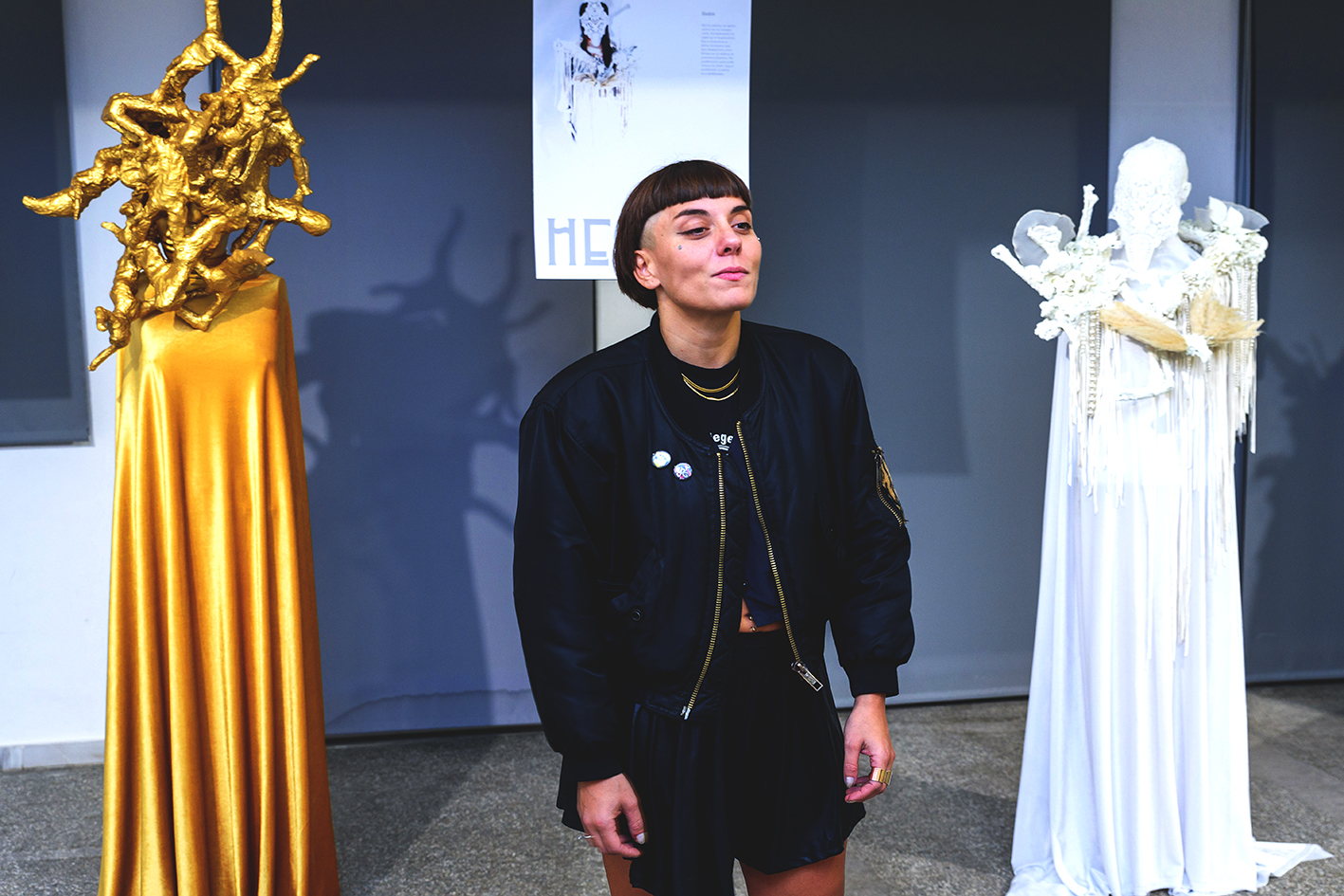 In Homeless. The real. Athens. Sotiria wanted to dispel the commonly held belief that all homeless are alcoholics, addicts or even criminals. Through the eyes of 11 homeless people, we witness the challenges of daily life on the street and learn the stories of how they ended up there. This candid work reminds us that any of us could find ourselves in this position. “Homeless people can potentially be any of us: mother, brother, colleague, friend.”

One of her most recent projects, The Client, addresses sex trafficking. In the video Sotiria juxtaposes home movie footage from a wedding with actual audio from a brothel. The unedited combining of the two makes for a disturbing realization of how traditional gender roles enable this abomination to continue. “Proud male lads” rape thousands of women each day in “homes” and brothels which stretch from the capital to the last village. Sex trafficking is one of the most profitable economy activities in Greece. Simple, yet multi-layered, the work leads to a plethora of concerns for each and every aspect of the industry.

Sotiria’s work is thought provoking without being preachy. She brings voices to those who are silenced by others. This call for action starts with the way we perceive those inside and outside our communities and hopes to result in social change.

Sotiria is currently on PK’s Online Residency Program. Keep up to date on her actions on her instagram.