Electrical charges are responsible for brain activity. Filled with a lifetime of experiences, our brains project meaning onto objects, sounds and images. Sculptor Julianne Csapo harnesses what some people see as dangerous; thoughts or even electricity. The phenomenon of objects or images themselves, and how the viewer perceives them, is her playground.

Through means of scale, (a)symmetry, proportion, and closed or open forms, she explores the relationship between sculpture and space. Her most important focuses are vulnerability, minimalistic shapes, art value and human relationships. In contrast to flat visual art, the sculpture offers a tangible result. Working in plaster and clay preserves the plastic memory, the slightest tracks and efforts, and even the fingermarks of the artist.

Julianne has been keen on drawing since she was a child. Later her interest shifted to building things. She learned wood sculpture and carving in Flensburg. Her motherboard carved out of wood is one of the experimental works from that period. It was among the first objects to depict the intricate nature of electricity and its reactions to different substances. 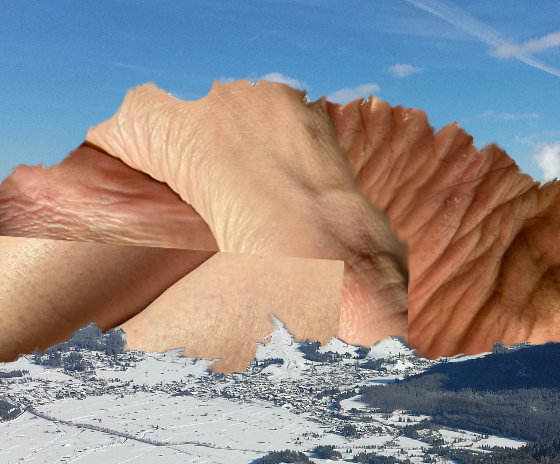 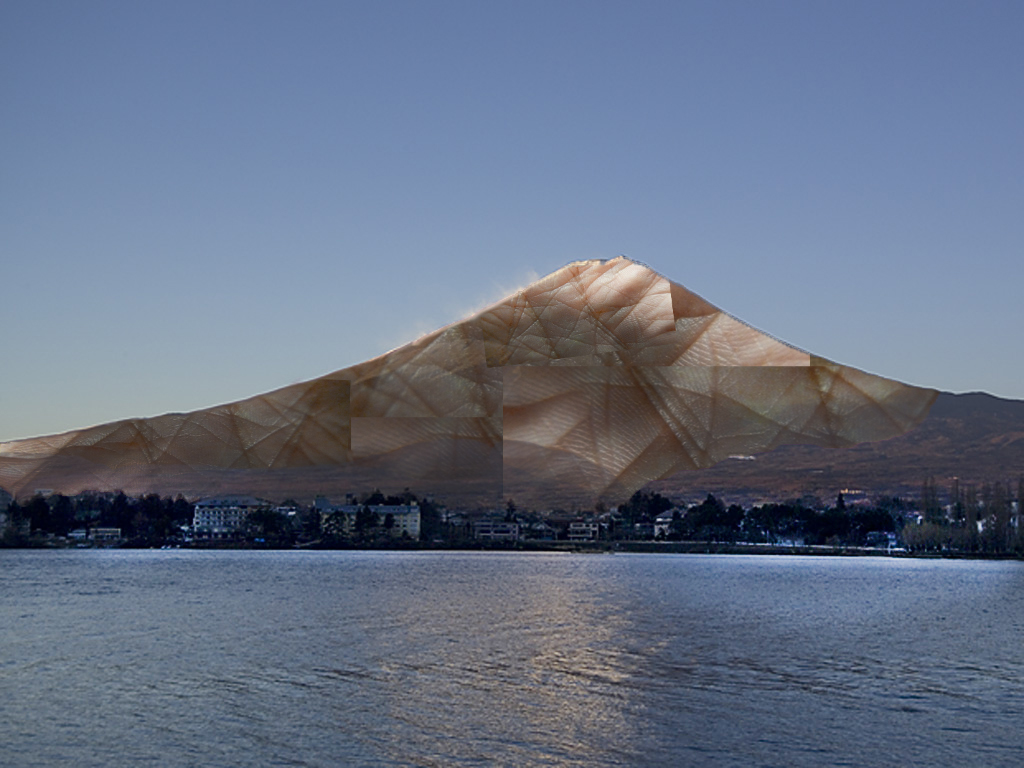 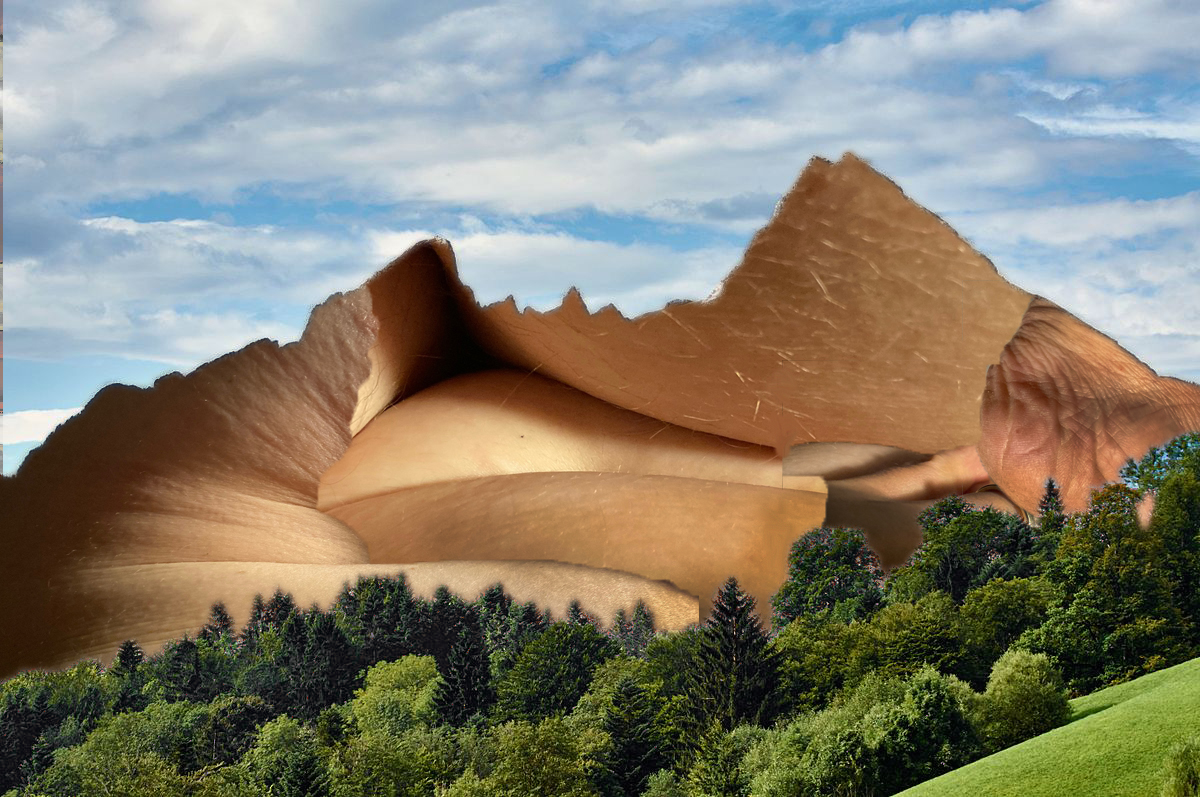 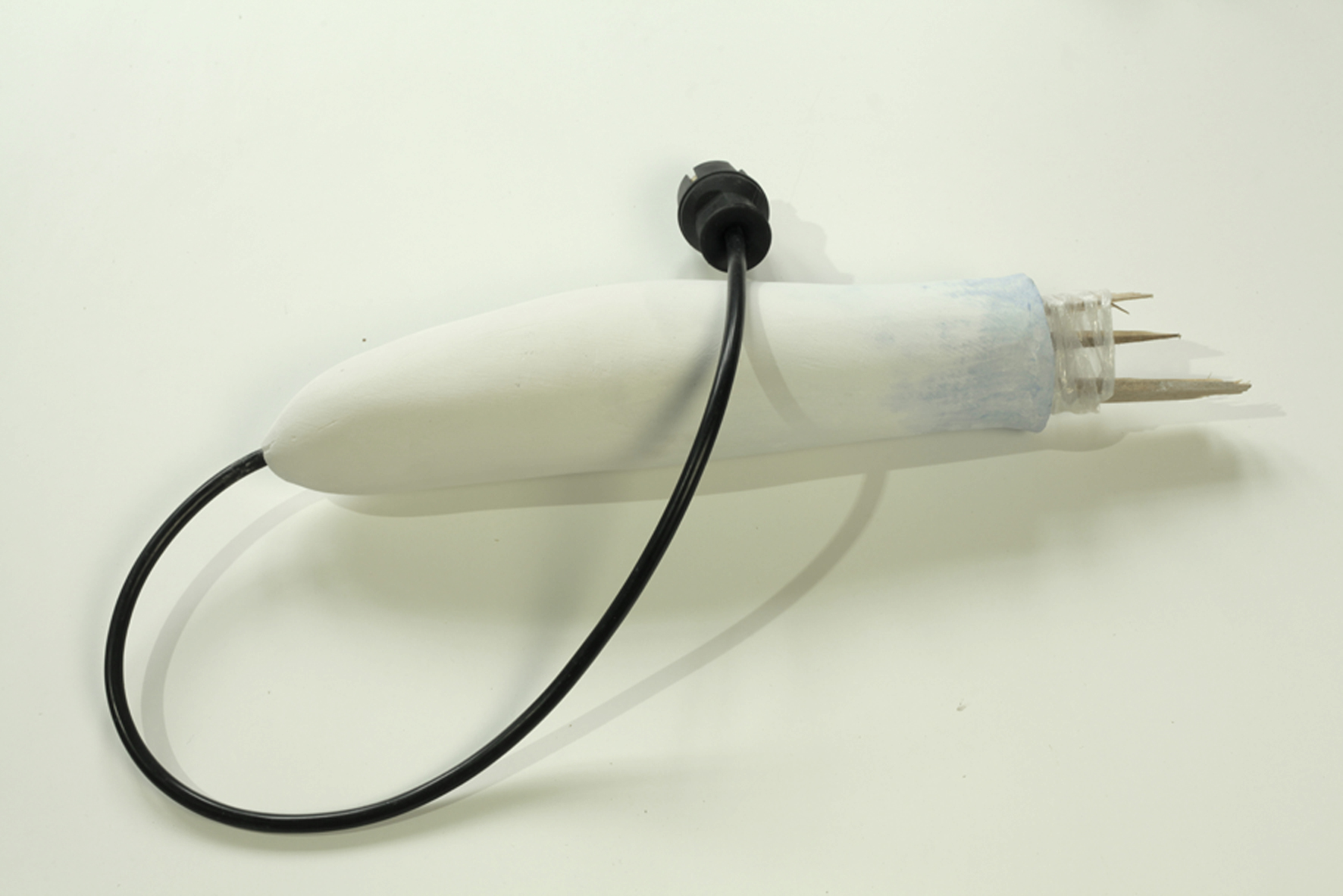 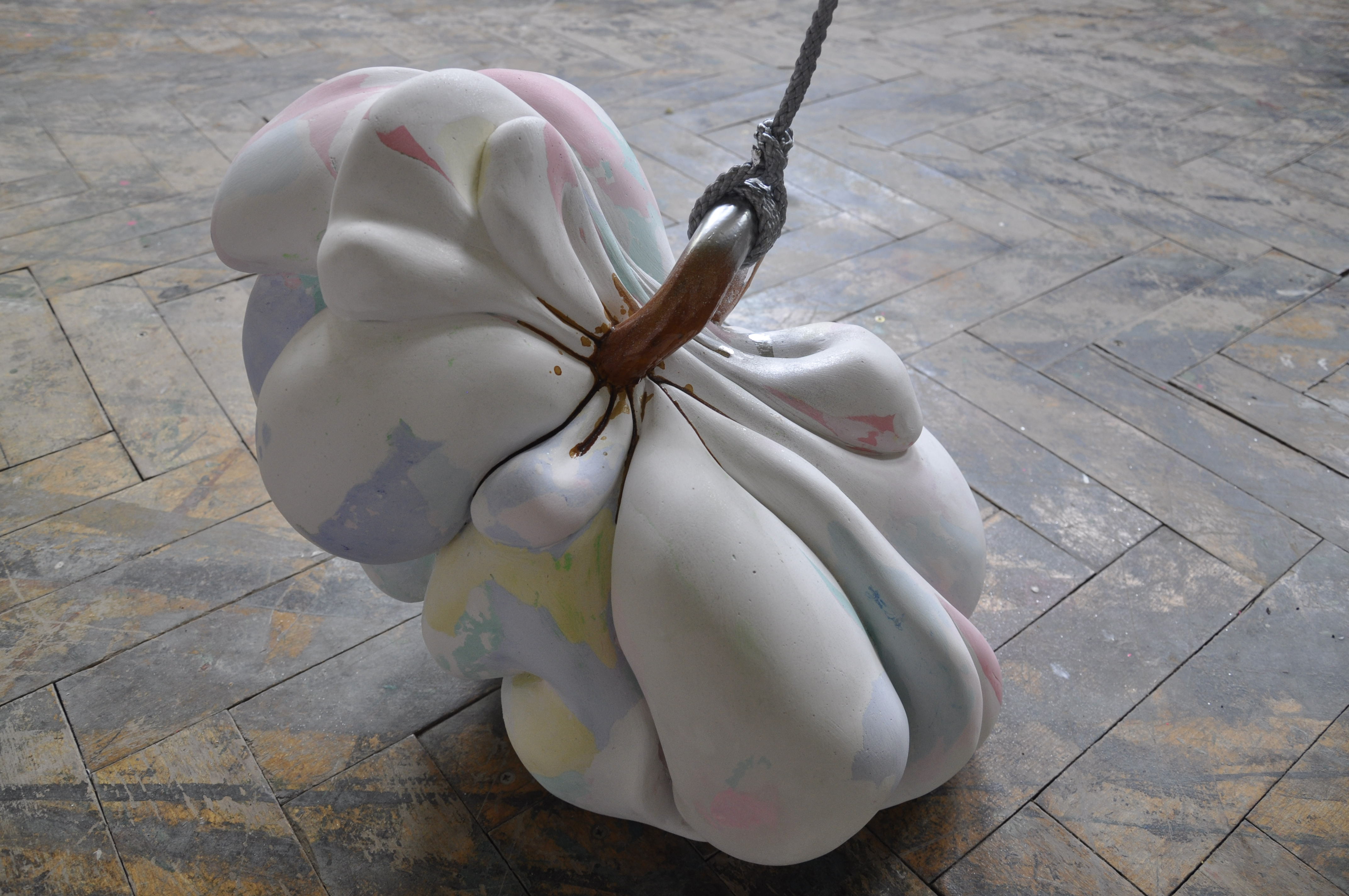 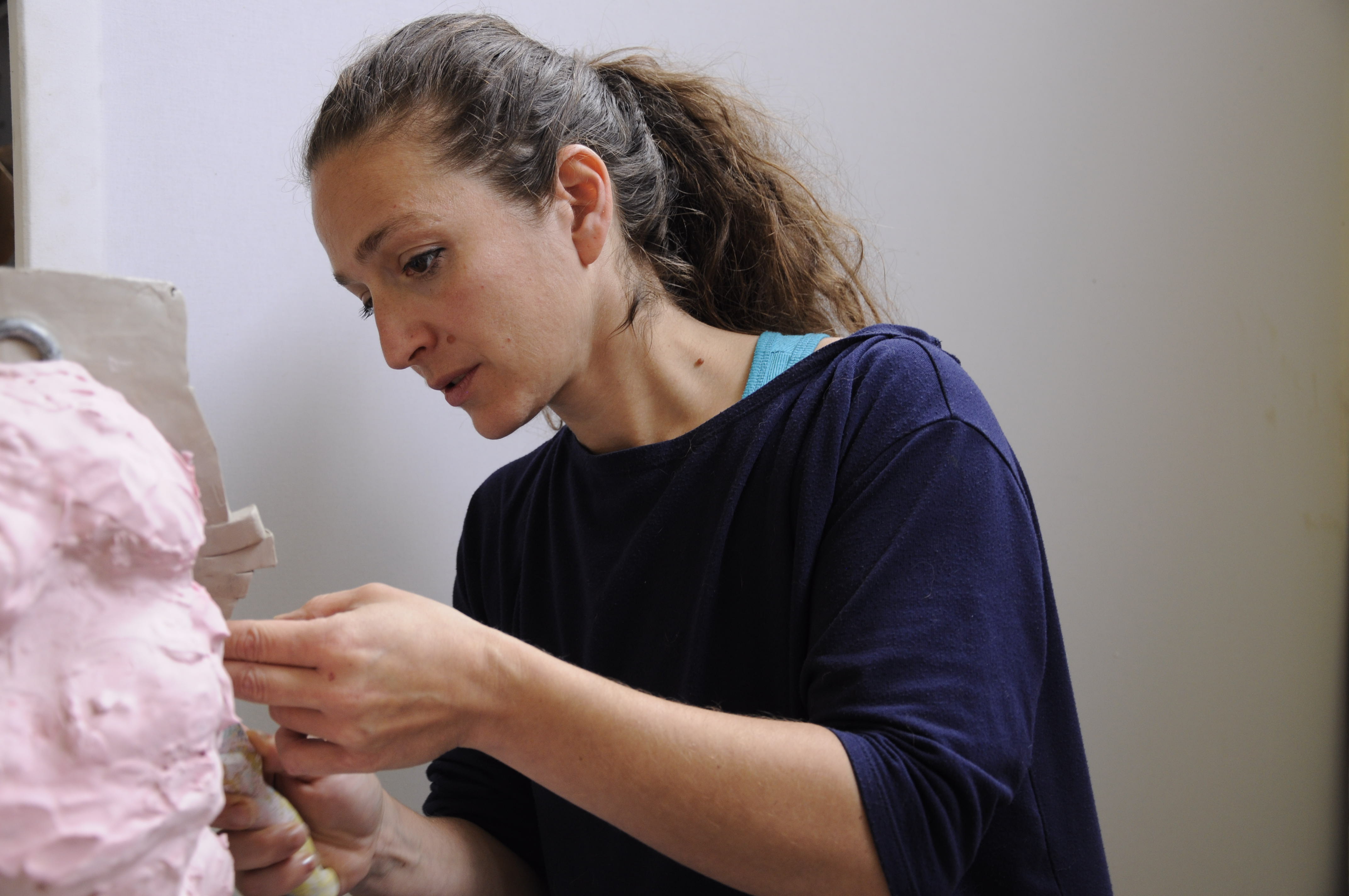 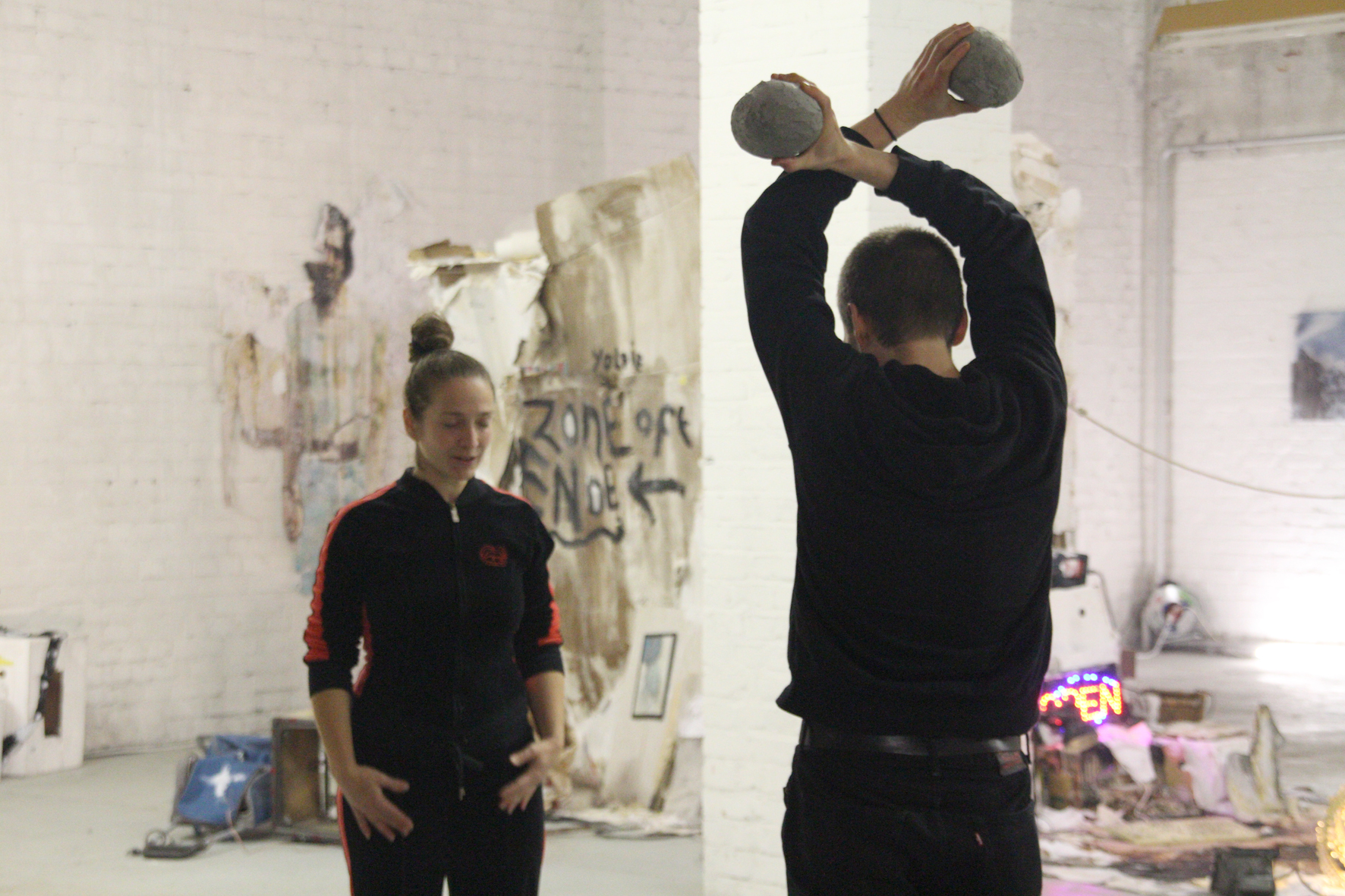 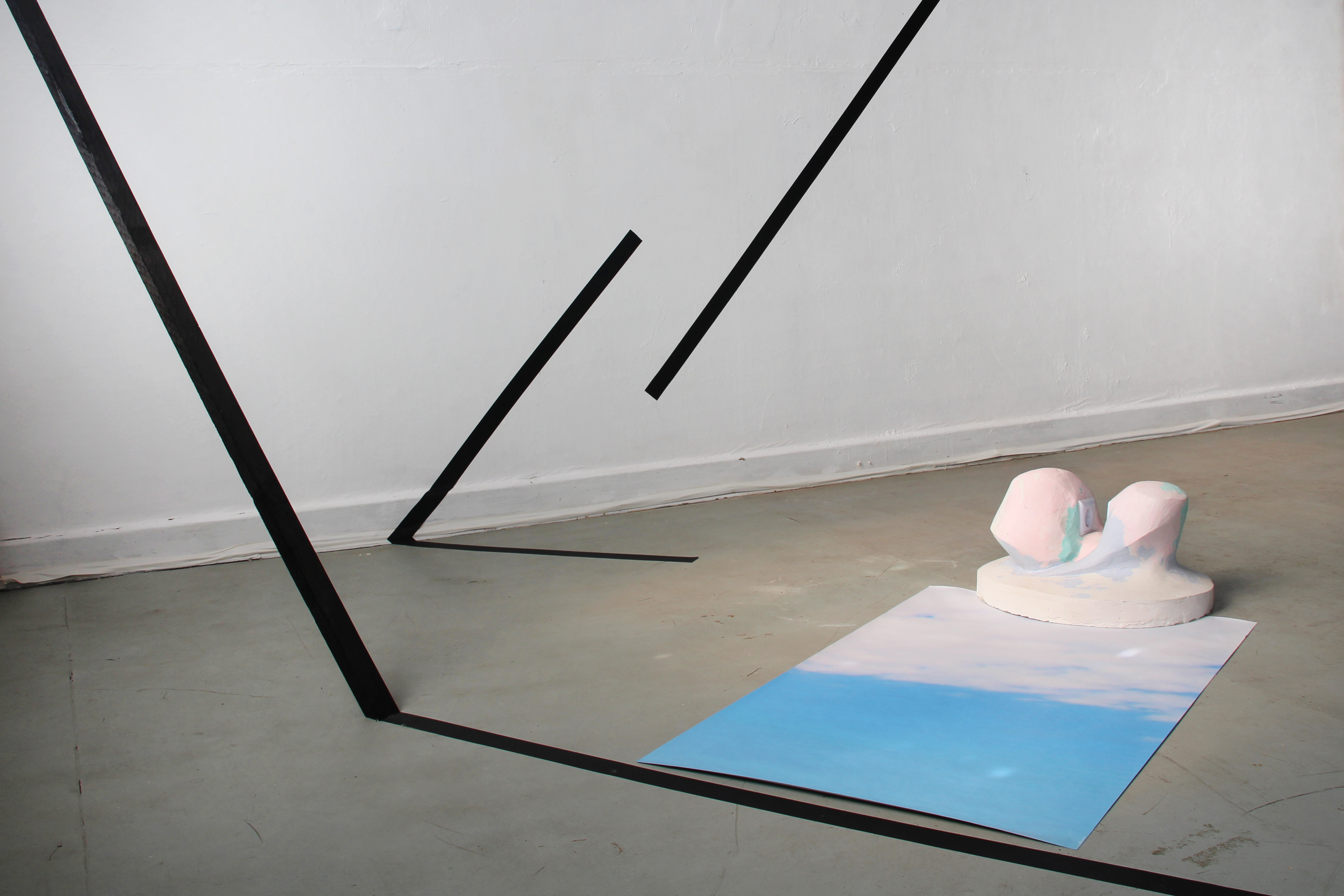 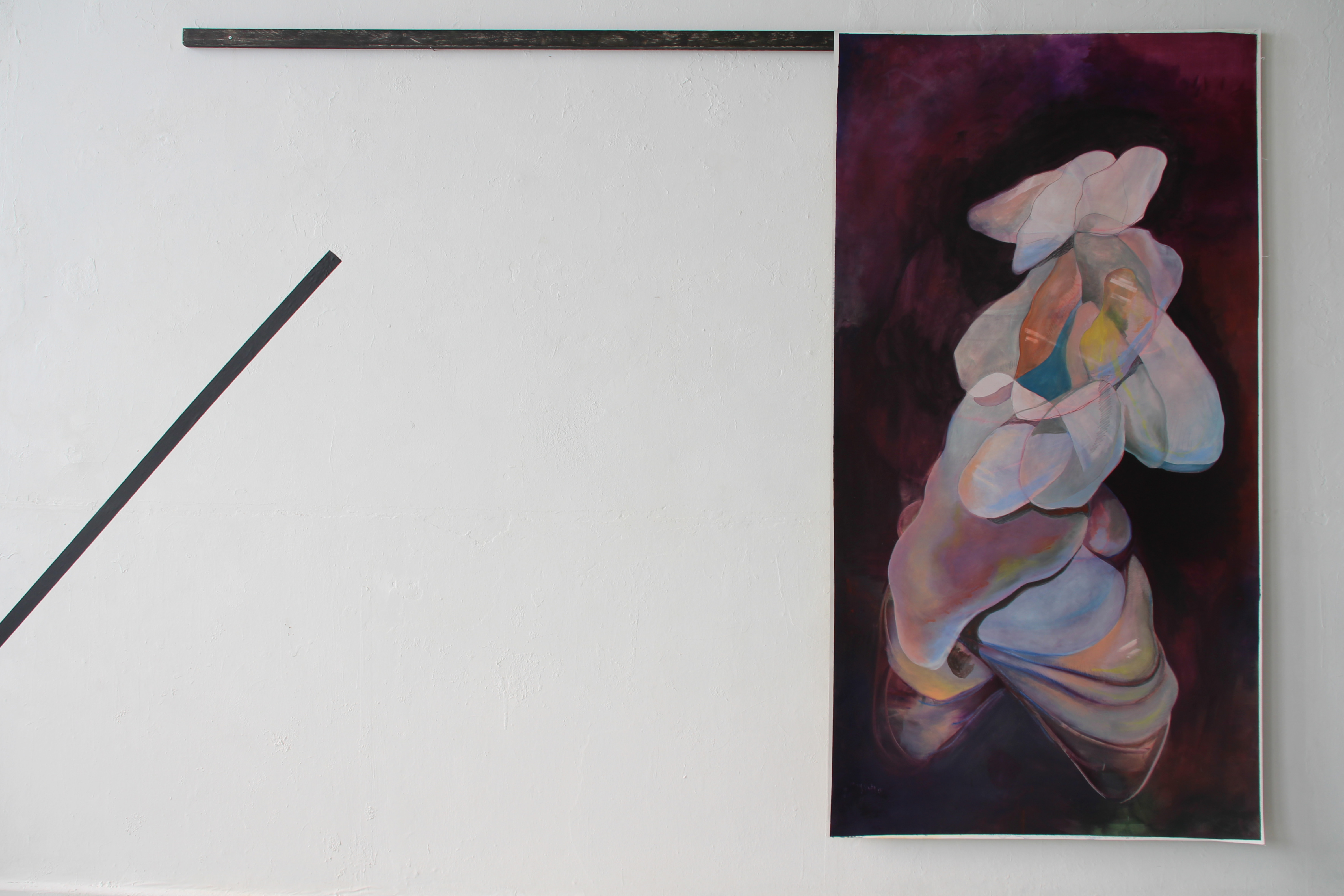 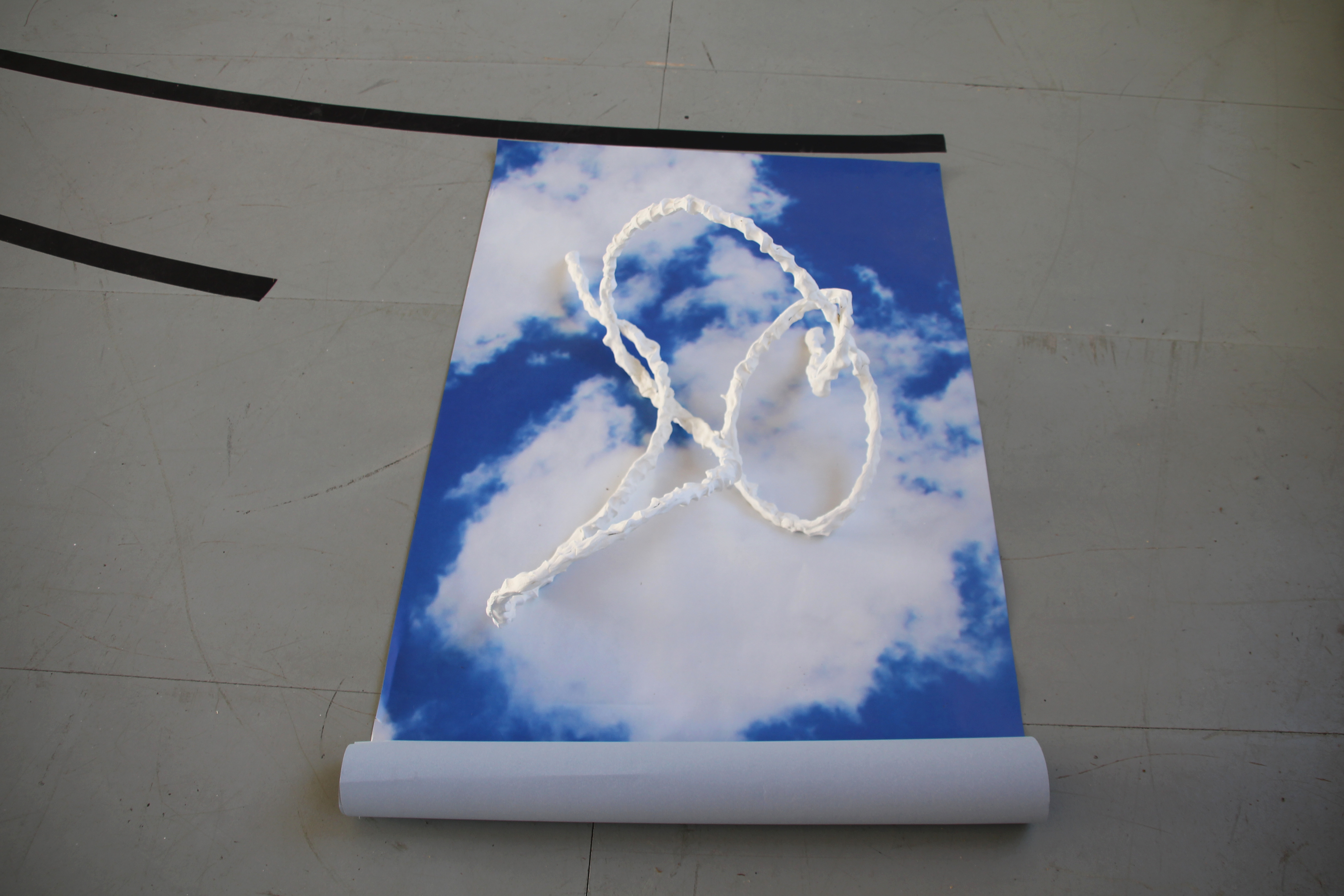 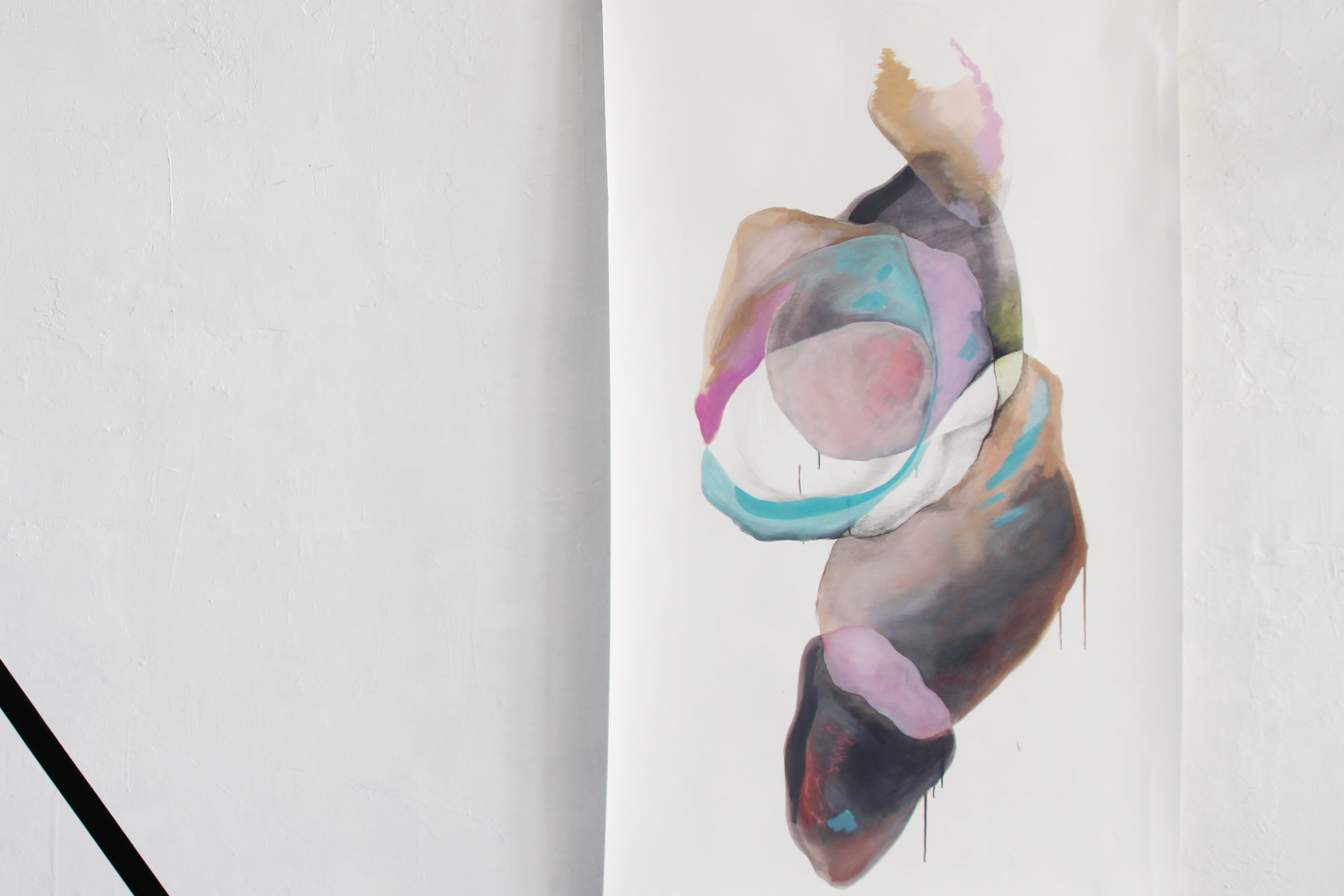 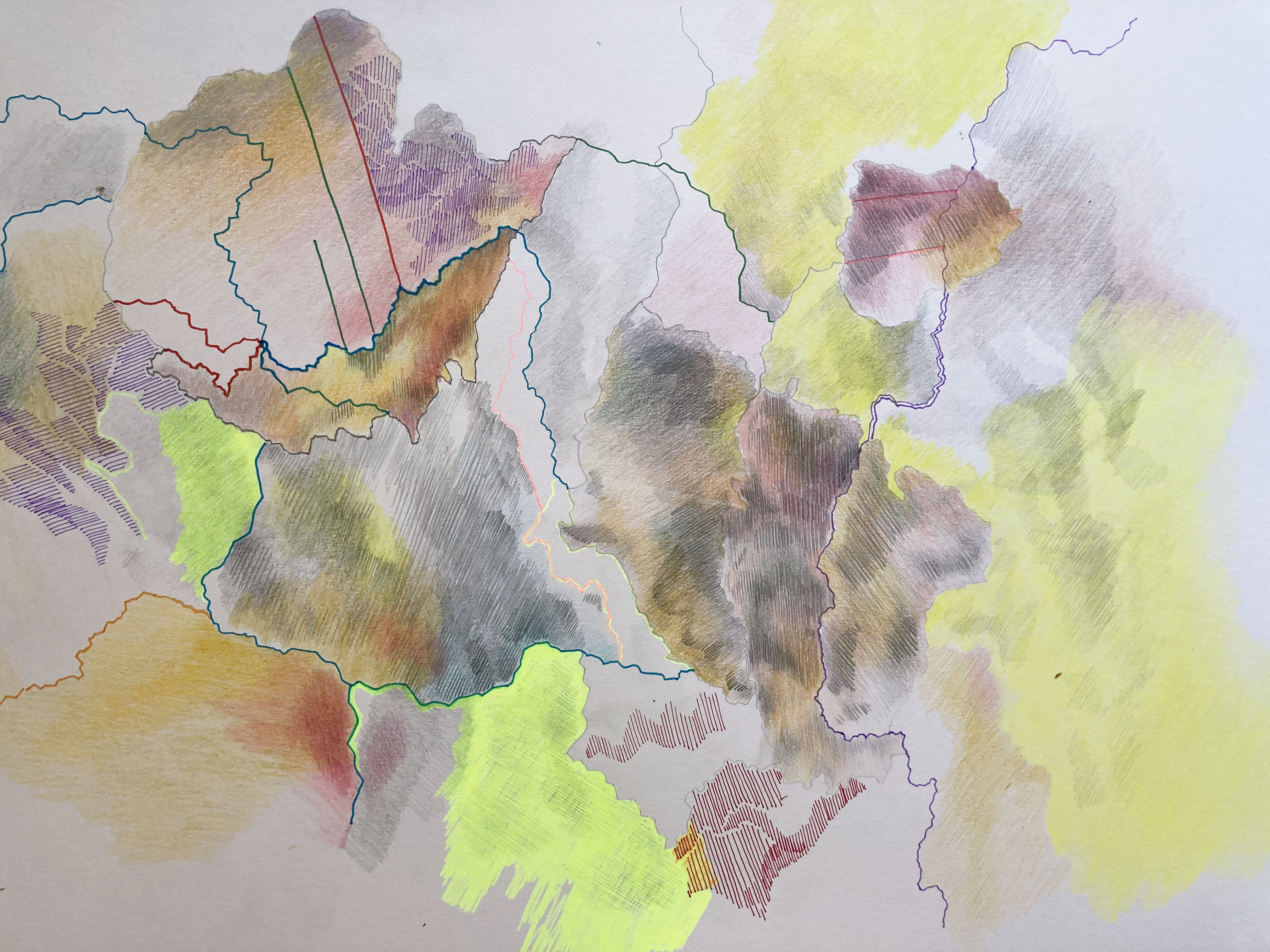 Electricity launches most effects in our world, not to mention the Internet. It’s often dangerous, but that’s the magic. Like fire, depending on the intentions, electricity can both illuminate objects and destroy them. Therefore, wires, sockets, and plugs are important to Julianne as the “fire” moves along with them.

Julianne has been obsessed with using the concept of the electric current as a metaphor for a long time. Maybe it’s because her father was a nuclear power station security engineer. Even before she studied art, she sketched the wires hanging in the air during a two-week field trip to Spain. In her sculptures, the artist combines outlets with clay or plaster: materials that are typically used as resistors. The artworks become allegories of intolerance, ignorance, defiance and the unwillingness to do the “right thing.” For example, people say procrastination is bad, but sometimes time is needed to lead to a new awareness.

Volatility and unpredictability are some of the attributes of creative energy. Artists require safe space for their activities. That is why Julianne decided to found the Gym, as a work and exhibition space, and later became the Executive Director of PILOTENKUECHE International Art Program.

Founded in 2015, the “Gym”, a former sports hall, became a shelter for a dozen art studios. Here the diverse atmosphere prevails. Artists produce radically divergent pieces and yet tend to figure out those things they might have in common. Multiple disciplines, philosophies, backgrounds, and languages face each other here to carry out collective freedom. The intuitive approach in managing the artist-run space has resulted in a great score of artistic contributions, site-specific interventions, and curated exhibitions.

Since summer 2019 Julianne has been the director of the PILOTENKUECHE International Art Program. Since she started, she has constantly been working on realizing a safe space for young and mature international artists to show their perspectives. She knows how difficult it is to come to a foreign place, especially in former East Germany where people are still fighting for their own identities. Other points of view are starting to be more common, but we need more new perspectives to continue growing. This is true not only in the arts but as humans too. She knows how it is to be a stranger, since she has always had to struggle with being a foreigner herself, never being part of the majority.

criticism is not empowering

In Julianne’s worldview, criticism and judgment as is common in most art universities are not helpful in terms of development and gaining a new perspective. Rather, it is inhibiting and disheartening. Artists need a supportive and friendly environment. Sometimes this involves mentorship and constructive critique, but never the cultivation of anxiety. People in general, and creatives especially, doubt themselves and feel insecure enough without contributing to these fears even more.

Art aims to point out the challenges, to add something that is missing to the world, and offer alternative visions and solutions. Using various techniques and media, artists shape a body of reflections. They arise from uncertainty and surprise at what is happening in the world. Art is a complex phenomenon of restoring balance and filling the hollows.

Electricity could also be interpreted as a metaphor for investing and getting something back. It acquires even more tension with today’s connotation of everything gone virtual. Digital connections have achieved major importance in times of the never-ending pandemic.

Electricity is the vital force of humankind. It creates all the buzzing that overflows our world. And yet, there is something very disturbing about this amount of electricity that we are trapped in: these mysterious lights, shimmering in the dark, emitting beautiful sounds, and tirelessly give us incredible light. Like in Julianne’s work, these moving electrons speak of time and life.