Wilm creates surreal environments in which spontaneous actions play out. These collective dreamscapes are populated with objects, plants and characters that explore constructed landscapes. Through his practice he seeks out beautiful scenes full of chaos and mayhem.

There are several different strands to his work. Along with his background in traditional painting, he creates sculpture, performances and music videos. Within these videos he works with miniature sets, green screen technology, props, costumes and mask making. He is constantly exploring new ways to bring these different skills together. This combination of multimedia practices results in colourful, layered compositions of surreal events.

The worlds that we see within Wilm’s paintings and videos are all somehow connected. They reflect elements of the real world, whilst seeming to exist as part of a parallel universe. Unintentionally characters might reappear in or influence later work. A character from the music video Shakedown Street, 2018 for Unknown Mortal Orchestra is starting to come back into his practice. This character appears as a knight in full armour and sunglasses, but with no weapons. With this image Wilm is interested in touching on the connotations of armour and issues of defensiveness.

Throughout his work he uses characters, costumes or situations to touch on current social questions. However, whilst it’s important for his practice to be socially engaged, he tries to avoid getting sucked into intellectual analyses: this can quickly become elitist and alienating. By moving way from an overly intellectual understanding of things, to a more bodily one, he has been going through a process of unlearning.

Wilm moves away from cerebral mayhem through bodily engagement.

Making work that physically engages the body has become increasingly important to Wilm. This process of unlearning involves rethinking previous ideas around duality and the separation of the mind from the body and the landscape. During lockdown this manifested in a desire to really engage with the Welsh landscape he was living in. Very consciously he began making work about being conscious. Whilst being immersed in nature and the elements, he was interested in fundamental questions like, ‘What is it to stand in a place and be awake?’

The process of relearning our connection to nature and an understanding that we are part of the world, is woven into his practice. Donna Haraway’s  writing on nature in Staying with the Trouble, 2016 informs this reevaluation of his relationship to the land. Currently he is considering ways to engage with other species, such as his upcoming collaboration with wild boars. 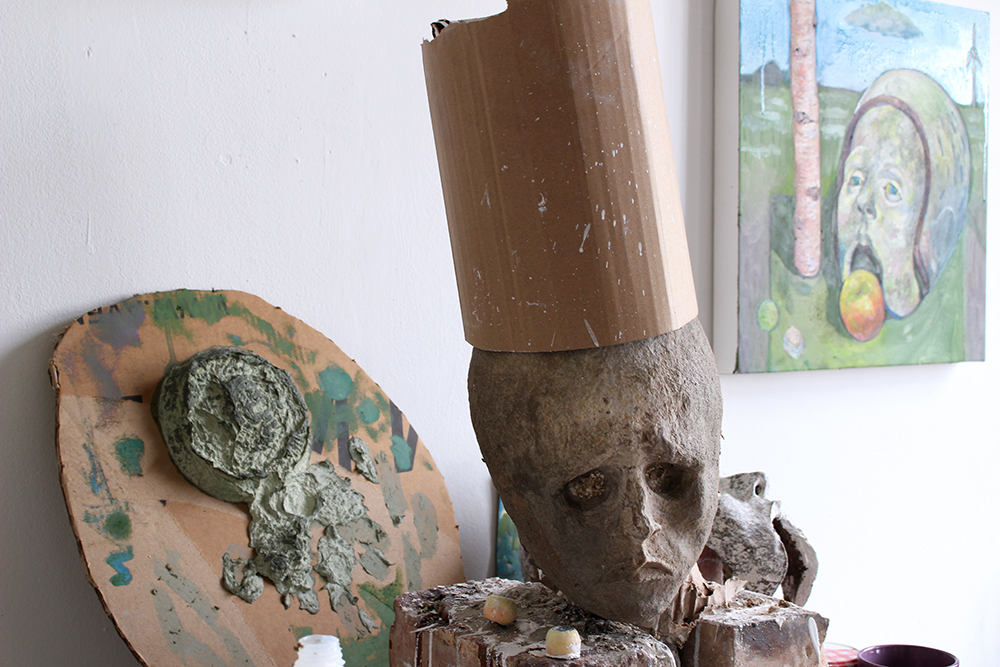 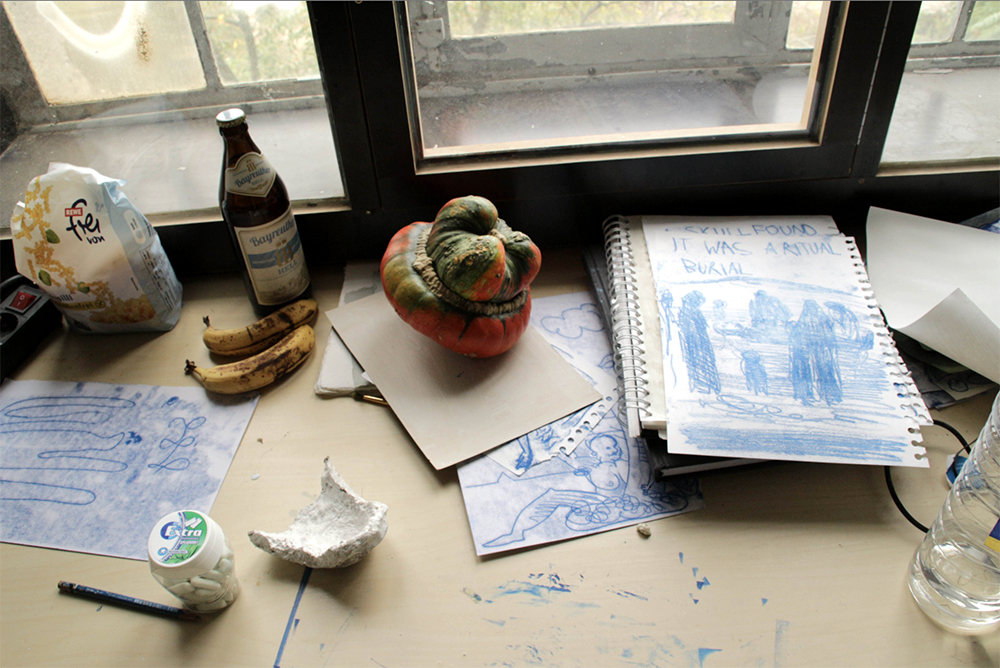 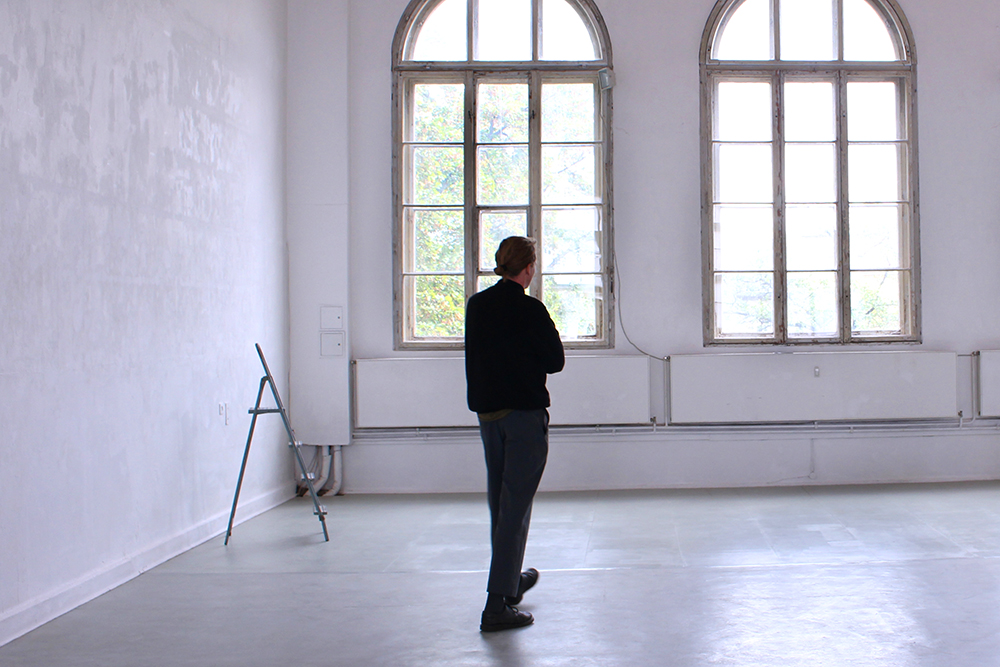 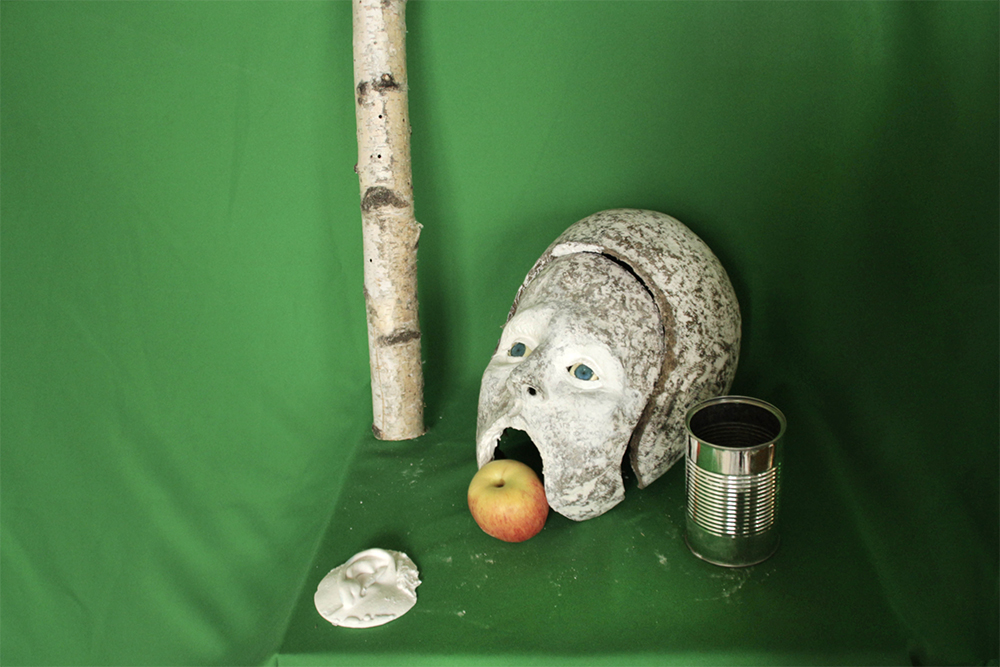 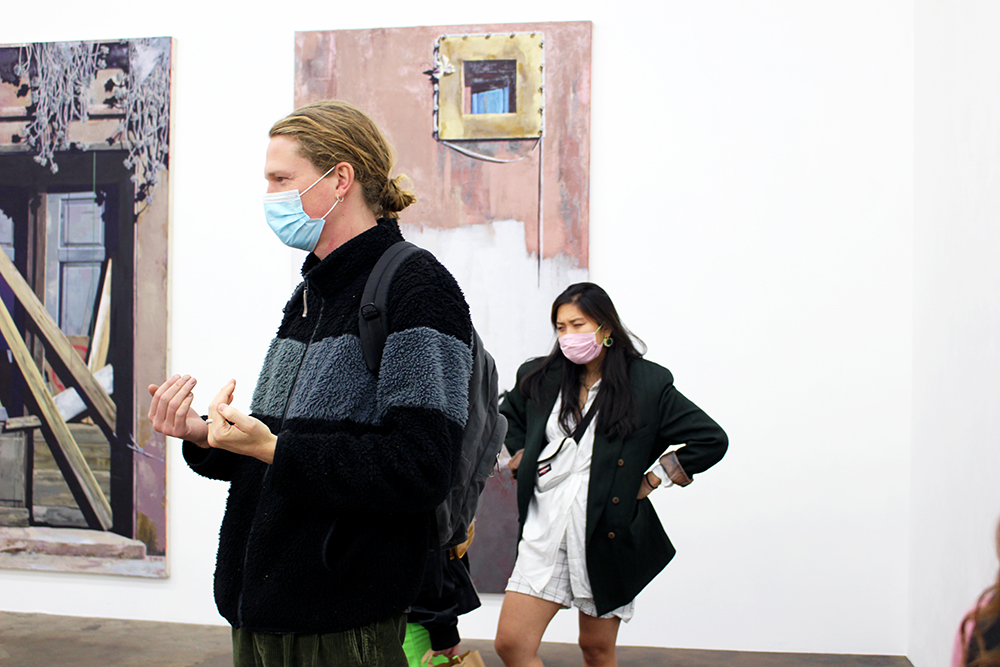 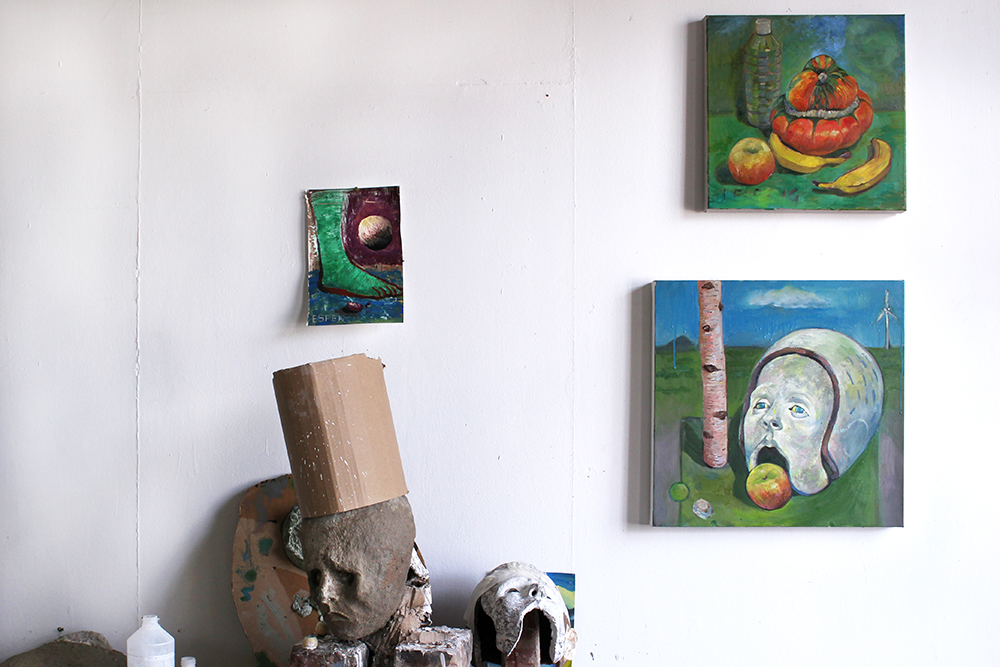 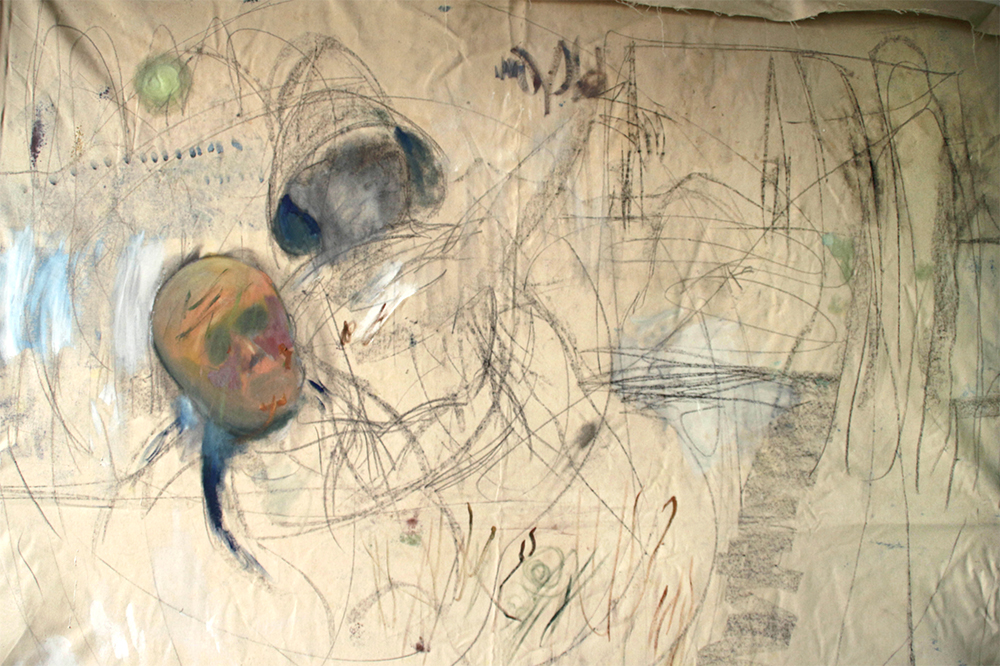 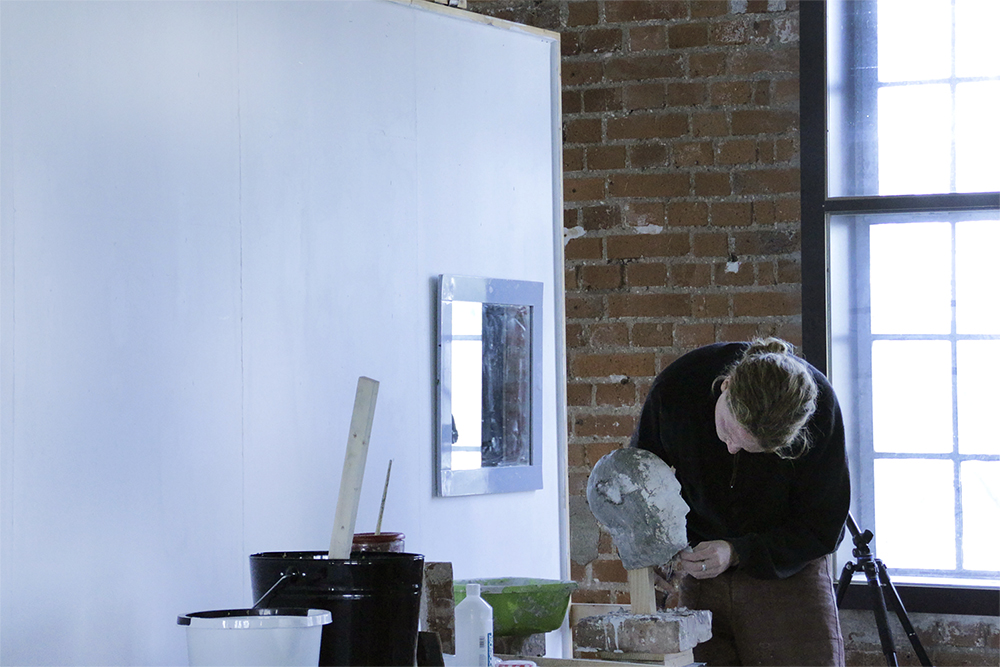 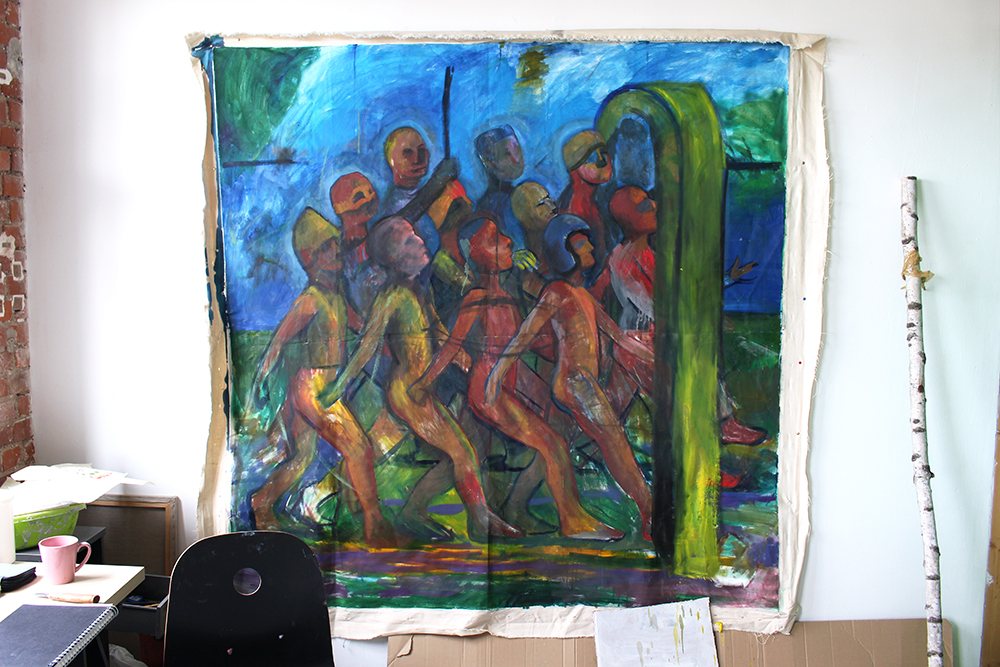 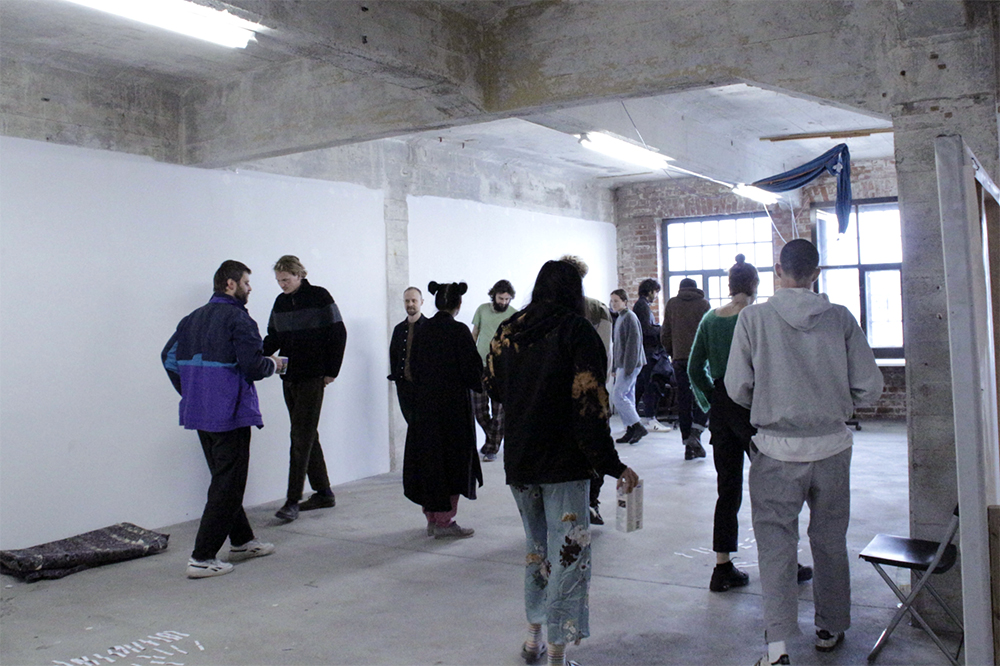 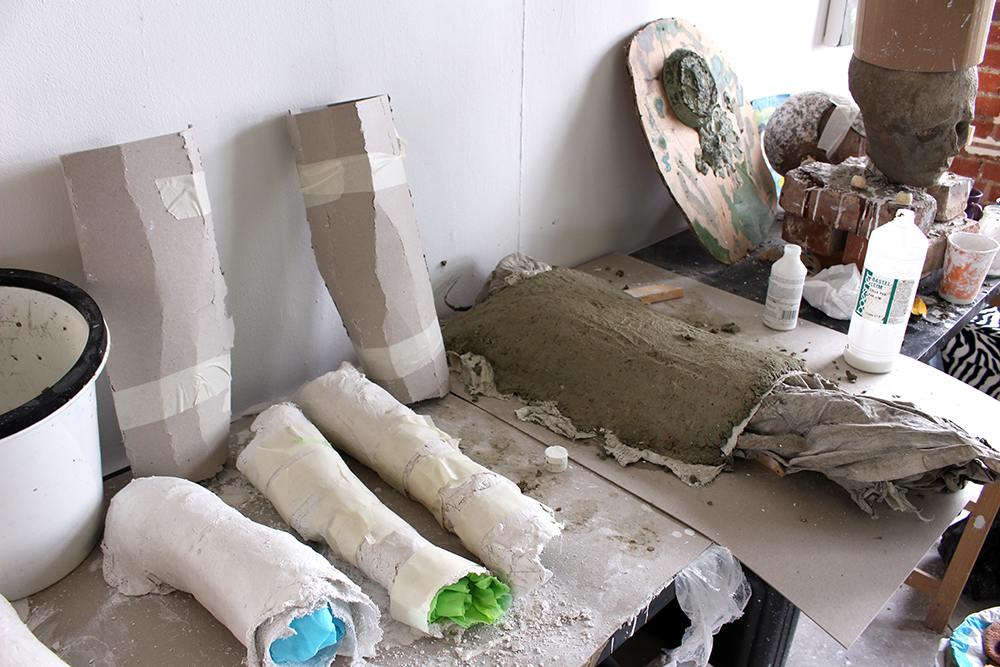 For Wilm, engaging with the body is an important way to combat cerebral mayhem. Bodily experiences can help us move away from fixations with non physical landscapes like social media. Through his work he creates spaces involving actions and dance where people can explore using their bodies in creative and playful ways.

A lot of his work revolves around moments of collective action and collaboration. For his music videos he will set up scenes, costumes and objects and invite people to be characters within a shared space. Sometimes the only structure will be an action that he initiates. He enjoys creating these immersive environments in which adults can be playful; situations that invariably end in some form of destruction. Filmed in front of a green screen, these events are then  edited together with miniature sets, props and video tricks. The resulting visuals are a collage of absurd encounters.

These scenes have developed from both a love of cinema and a great appreciation for the old master paintings. Wilms preoccupation with these classical modes of composition are woven into both his painting and video work. In general, film has been a massive influence on his work, especially depictions of ancient history. One film in particular that continually informs his practice is Fellini’s Satyricon, 1996. This ‘psychedelic roman orgy film’ is full of extravagant scenes of over indulgence and feasting. Wilm is interested in visual representations of gluttony, overabundance and hedonistic spectacle. This is something he sees reflected in todays culture of overconsumption.

These references also feed into his food performances like MASSIVE FRIED CHICKEN and WINE CHALLENGE!!! 2015. His events of people gorging on food act as an extreme way to engage with the body and a way to talk about over abundance. An element of humour is important to these events and his work in general.  The practice of making art can be absurd in itself and he believes humour is a fundamental emotion to engage with.

The time at PILOTENKUECHE is an opportunity to further explore ideas of shared spaces and spontaneous actions. He is hoping to create playful situations to engage and collaborate with others on the residency. 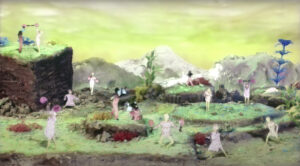 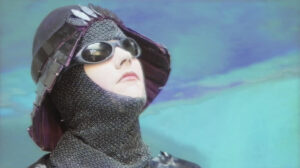