“I struggle to communicate properly with words. I keep to myself many thoughts and feelings. By creating sculptures, I am able to open a dialogue and be aware of my own subconscious. When the sculpture is finished or sometimes during the process, I feel the release of thoughts and feelings and find parts of me that I did not know before. I am not aware of my actions the whole time during the time of creating, but that is something even more exciting, to reach that point where I stop and everything makes sense for a few moments, and then the questions and curiosity emerge again.”

Mexican-American born artist Anabel Nájera-López was academically trained in painting and ceramics at the University of Texas, El Paso. Working predominantly with sculpture and in a figurative format, Anabel frequently uses materials traditional conflated with the traditional art of craft-making, notably clay. Her often fragmented portrayals of the human body undercut reality, without completely taking it away. Materials morph into flesh, the familiar regresses into the unknown. Through a continued exploration of material properties and modes of production, her work articulates a running commentary of the universal human condition, which conveys an on-going fascination with form and expression.

Her choice of ceramics; a medium historically confined to its utilitarian function, has long sparked debates regarding the status of craft in the world of contemporary art. Her work conveys temporality and duration implicit to the technical precision of making. She says “I like to show the process… marks, texture, fingerprints, brush strokes.” The finished product is inextricably bound with the process of fabrication and materials of production, often leaving tangible traces of its own evolution…

Always pushing the boundaries of her chosen medium, Anabel became fascinated by processes of construction and deconstruction. She describes her approach to ceramics as subtractive, starting with a block of clay and chiselling away in order to achieve her desired result. This led her to begin experimenting with deliberate kiln explosions, before piecing the fragments together again like a puzzle. 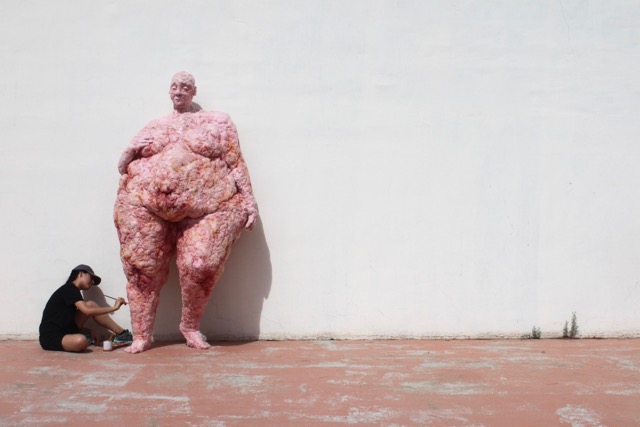 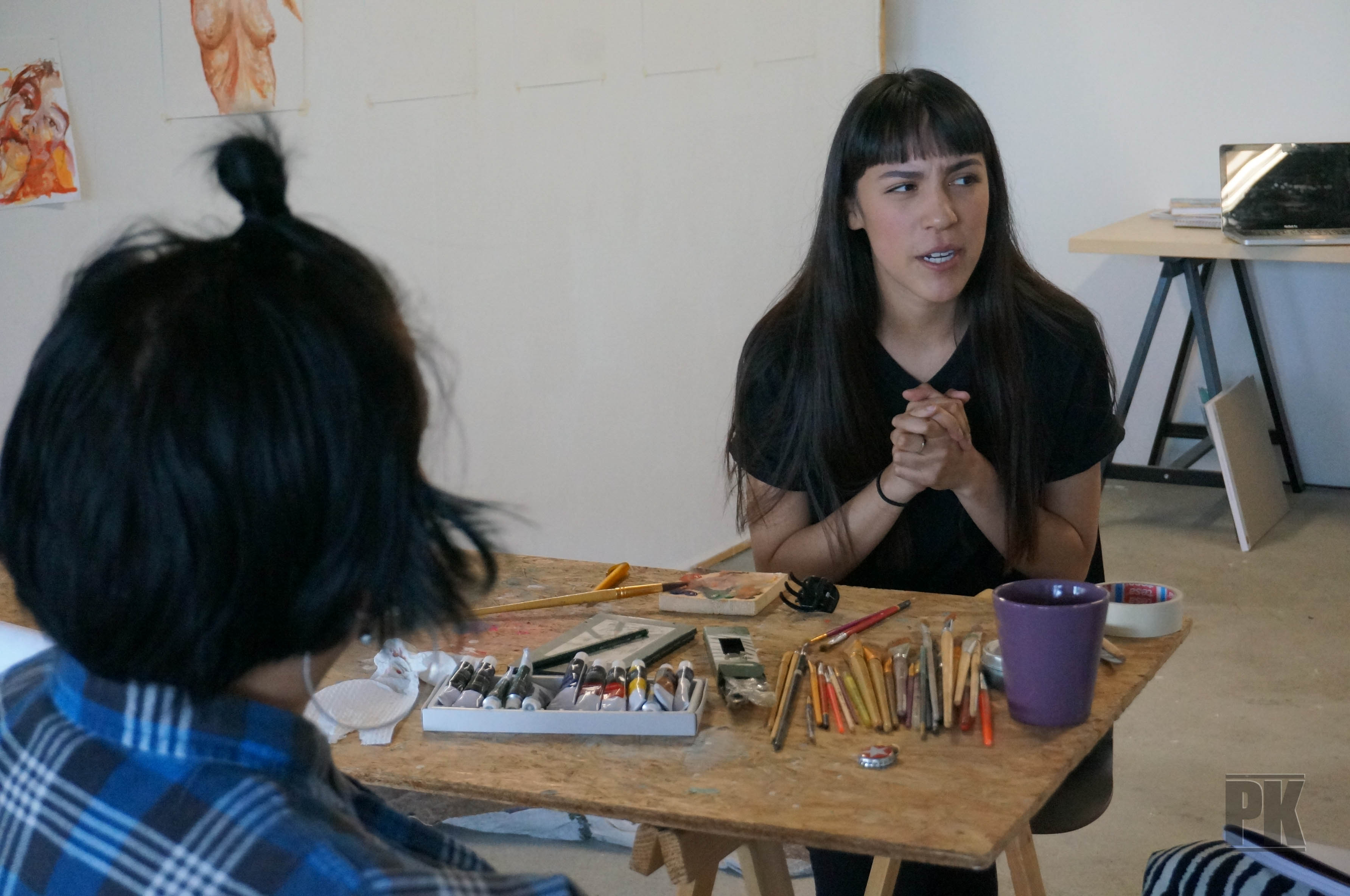 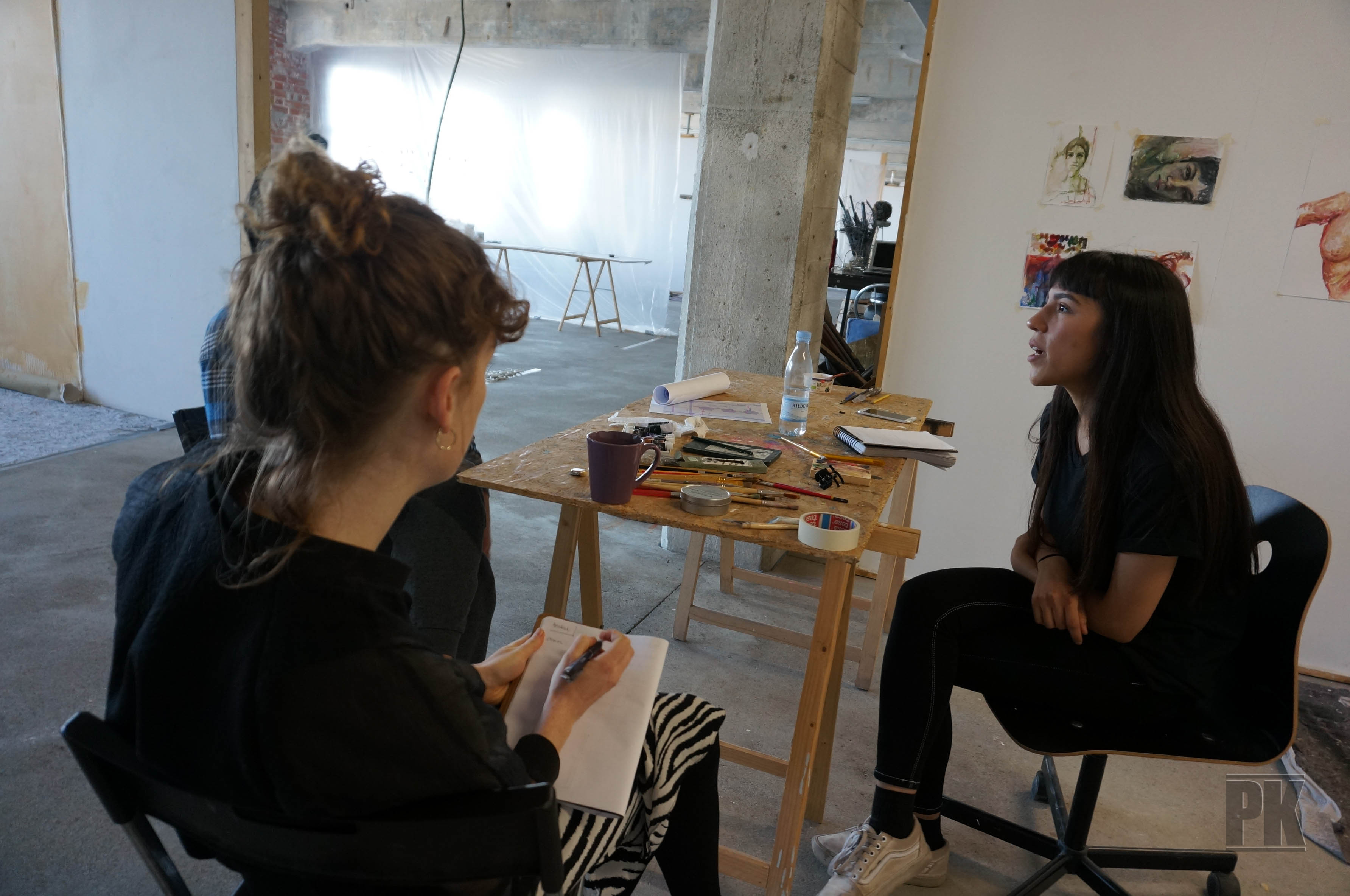 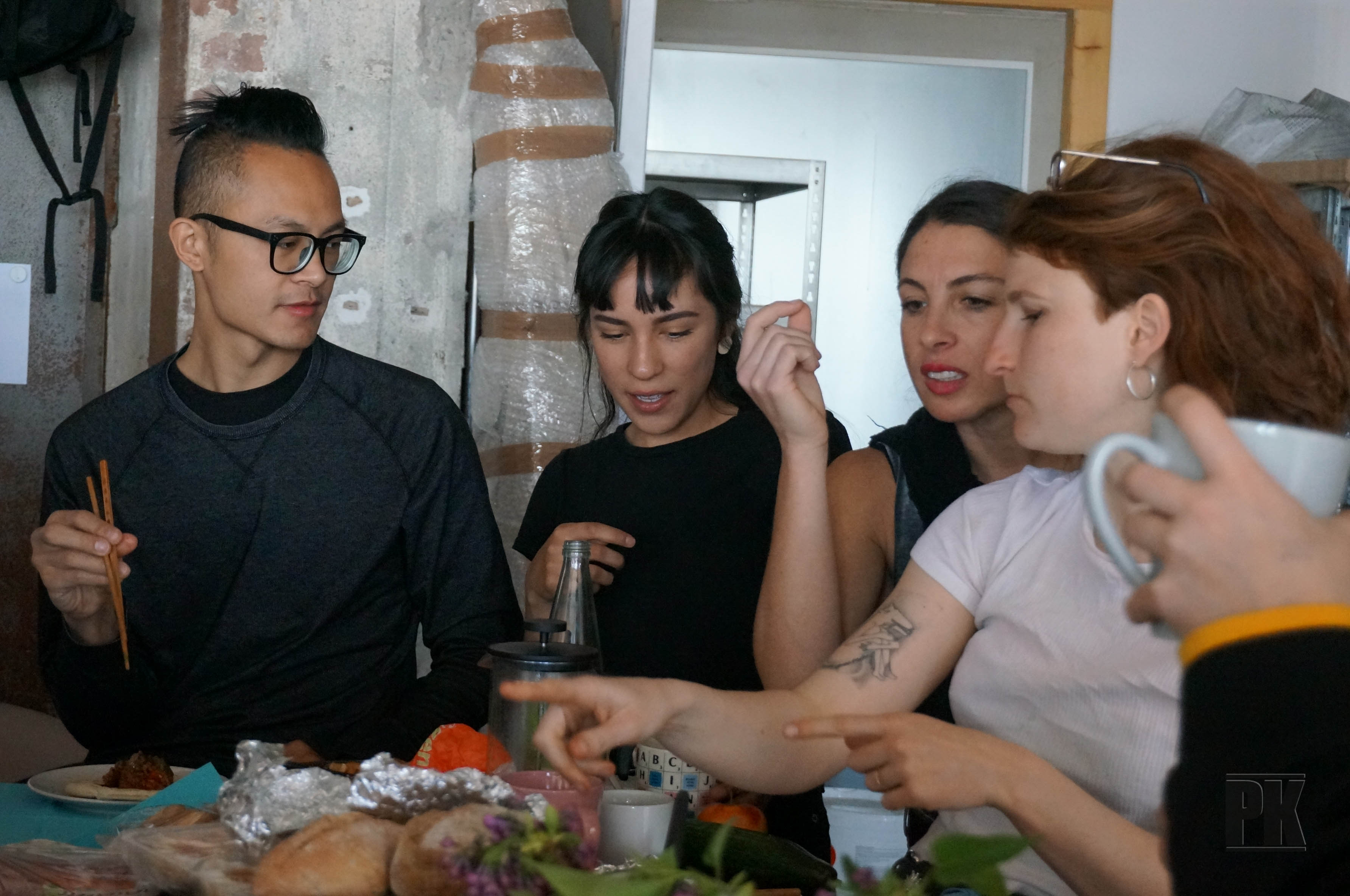 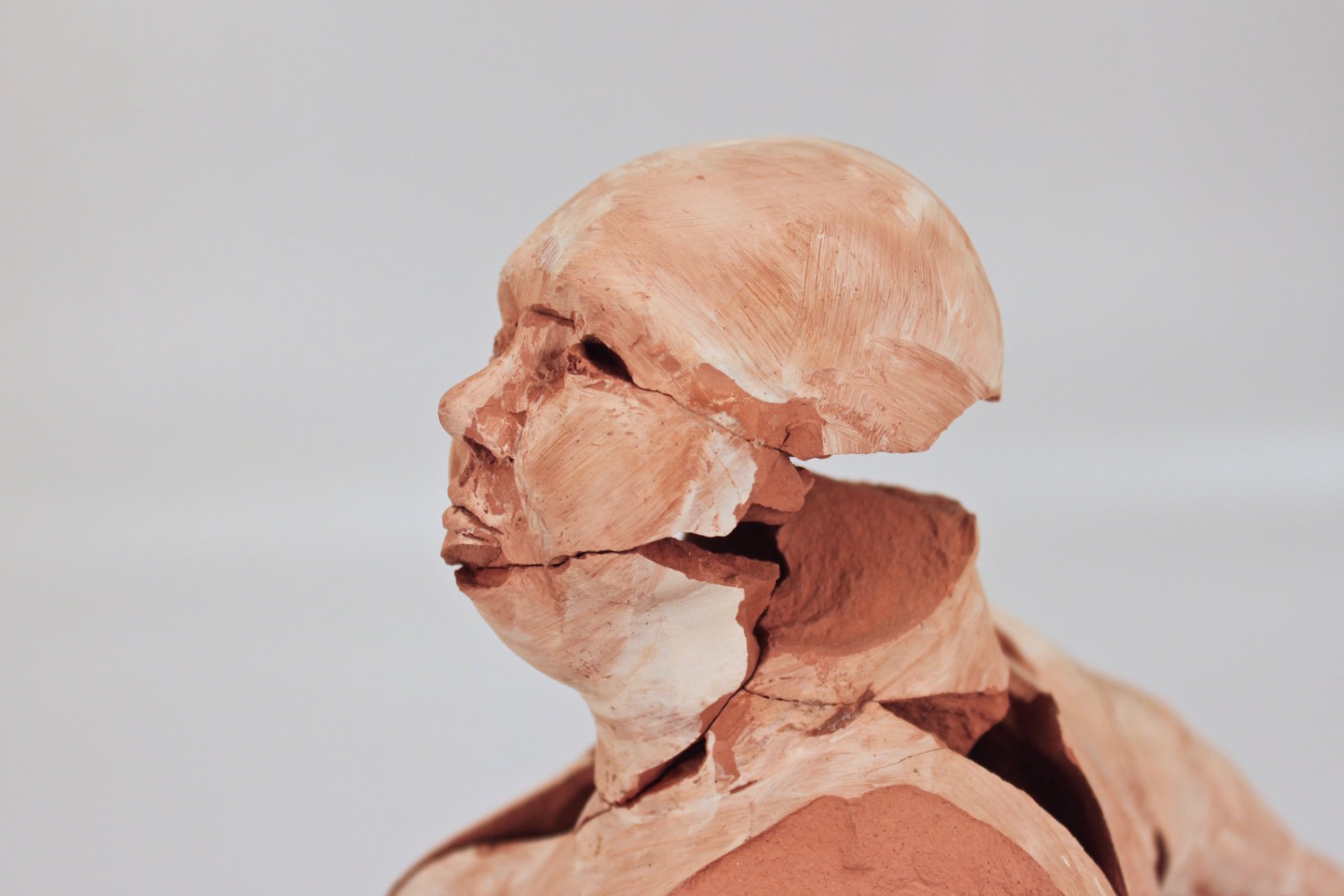 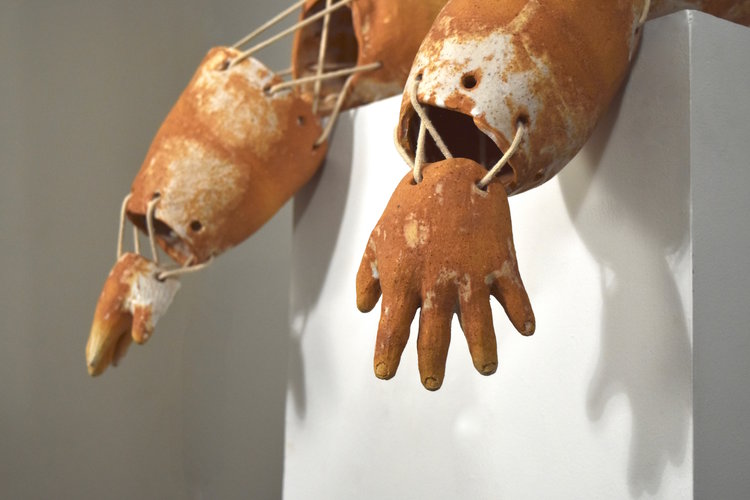 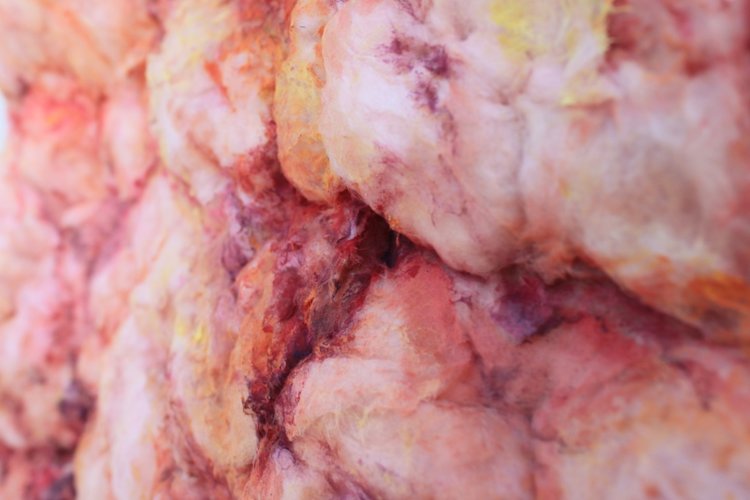 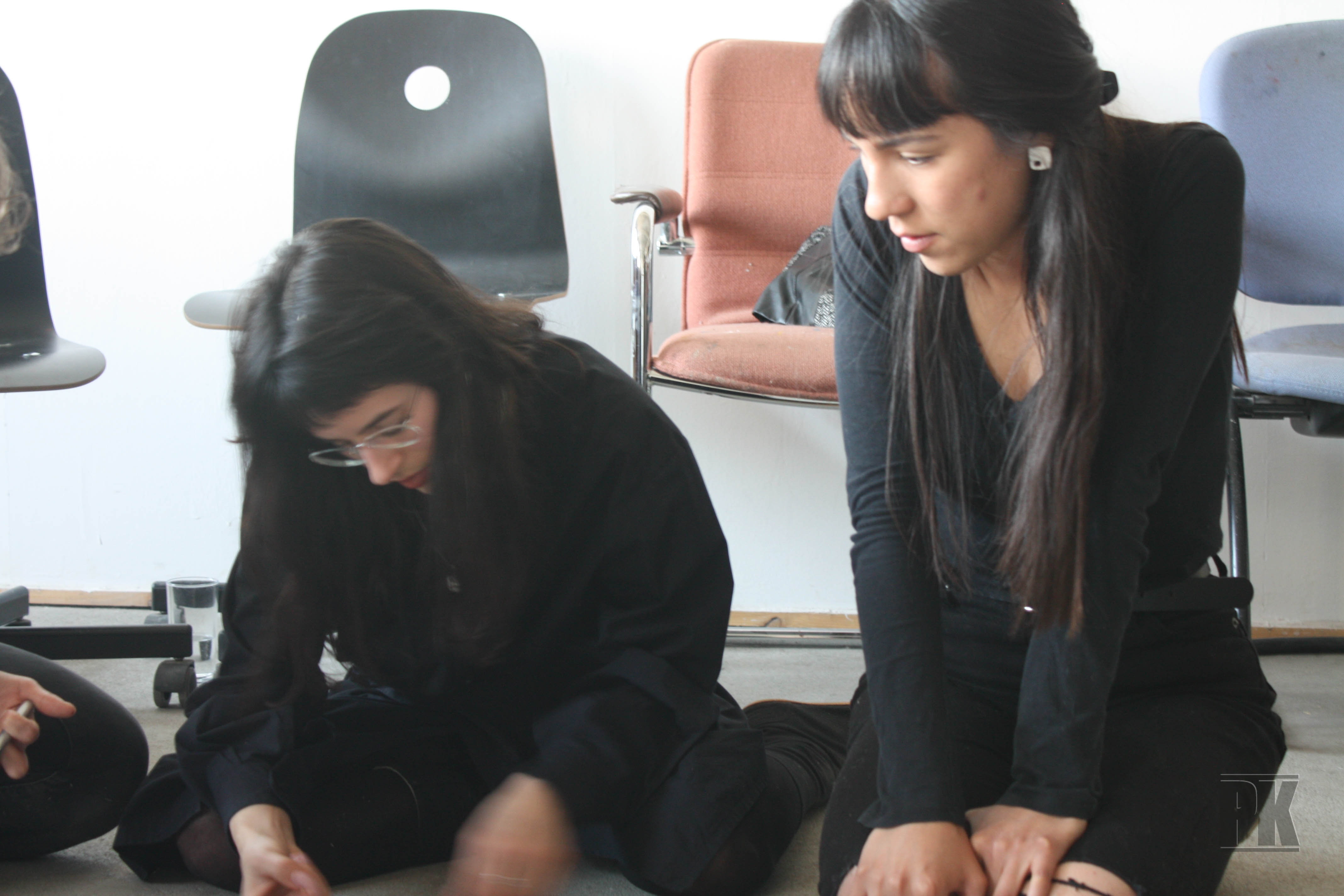 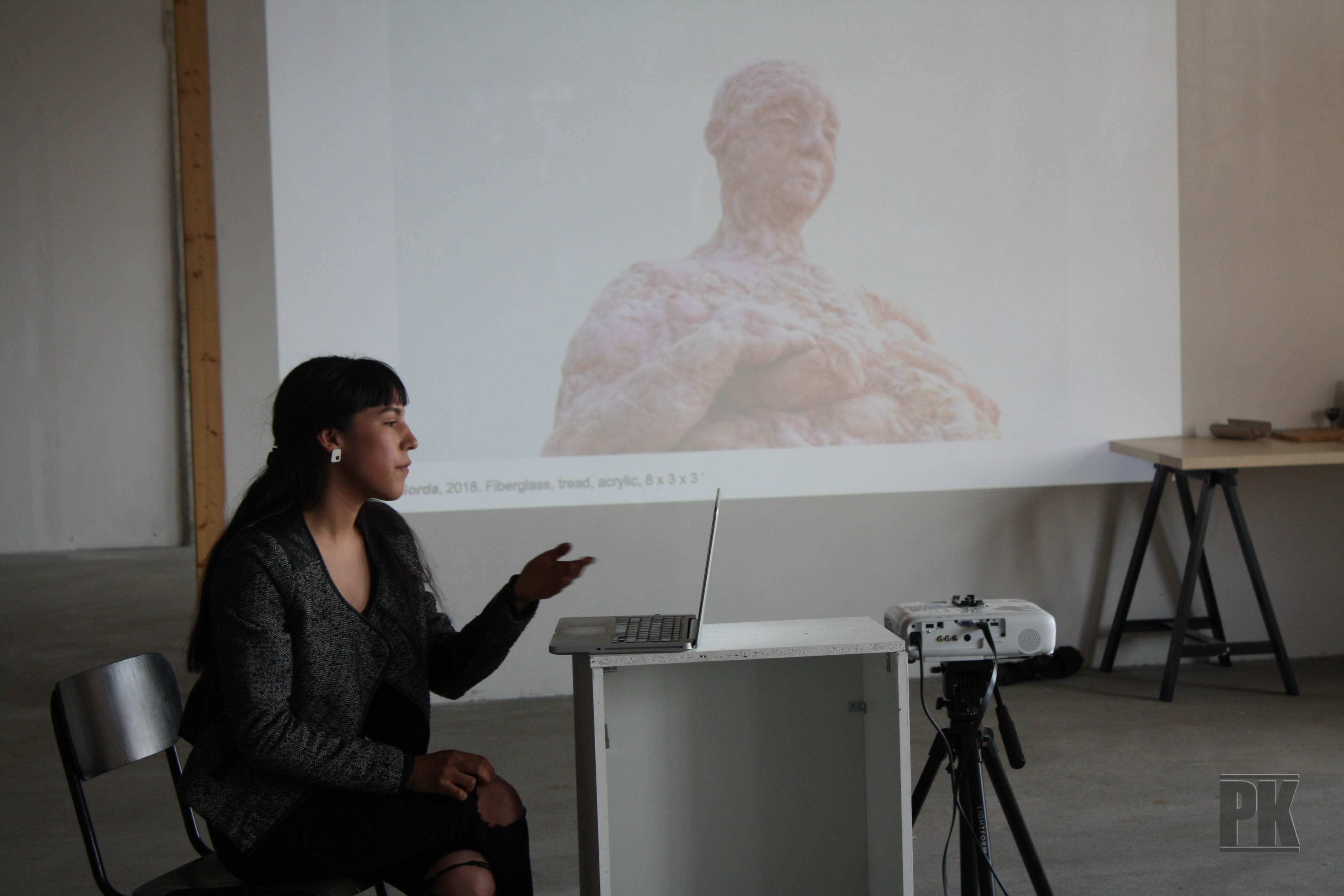 photos by PILOTENKUECHE or courtesy of artist

Fiberglass proved much more difficult to control. She said that she was initially drawn to the material because of its aesthetic similarities with the pigments and texture of skin. She would use darker pinks to create shadows and stitch into the fabric in order to recall lumps and muscles; exploiting the visual properties of the medium in order to map out a fleshy, visceral materiality.

Sculpture is inextricably tied to matter; through its physical production, its tactile nature and its historical conflations with figural representation. The very act of making in itself is a bodily process. Despite arming herself with protecting clothing, exposure to fiberglass can be incredibly toxic. The silvers would cut into her skin leaving her covered in splinters. The sculpture took over  one year to create. She tells me what is most interesting about the material is that it’s conventionally used to protect buildings in construction. Anabel uses this as a metaphor for the protection of the body; an intrinsic paradox given its harmful nature.

Violence towards the body also becomes implicit in her treatment of the material, intending to represent unpleasant events that have transpired in her life. Fragmented body parts hang limply by a string, pieces put together again to make an artistic whole. Underlying psychoanalytic impulses in her practice become evident through processes of disfigurement and reconfiguration, beautifully symbolising subliminal trauma and psychological repair.

Lastly, Anabel invites the viewer to reflect upon their own conceptions of the body, and draws light on the crises in pictorial representation. Aristotle viewed form and matter in gendered terms. While form was considered feminine, matter – on the other hand, was characteristically feminine.  Anabel’s sculptures are non-binary and work to transgress gendered hierarchies. When asked whether or not the ‘grotesque’ is a figure she endeavours to invoke in her work, she simply replies,

“I don’t think they are grotesque at all. I see them as normal bodies.”

What next? While in other countries people take their old clothes to Oxfam, in Leipzig people’s second hand goods can be found in abundance on the street. Anabel wants to work with found material and is currently sourcing unwanted fabrics to create her next sculpture. In doing so, she hopes to create something which is site-specific, while continuing in her on-going exploration of material forms.