People are invited to a small room. They are asked to expand the space by pushing the wall. Unbeknownst to them, behind the wall there is a bedroom. The moving wall displaces each piece of furniture and collapses the private space. As people push the wall, they can hear that something moves, falls and smashes. After shattered glasses and spilled water are cluttered on the floor, they can go behind the wall and understand what has taken place.

“Push the Wall” by Japanese artist Atsuko Mochida reveals her current artistic practice. Visitors are often encouraged to participate in space changing installations that question the notion of public and private, provoking a wide range of reactions.

For her 2017 project, called The revolving house of T., she cut out a portion of her grandmother’s house in Mito, Japan to create a revolving central area. Visitors can rotate the structure by pushing the walls. By the constant exchange of interior and exterior or public and private, she wanted to activate the house and change the energy, transforming a structure into a human body, while at the same time questioning the structure of one family. 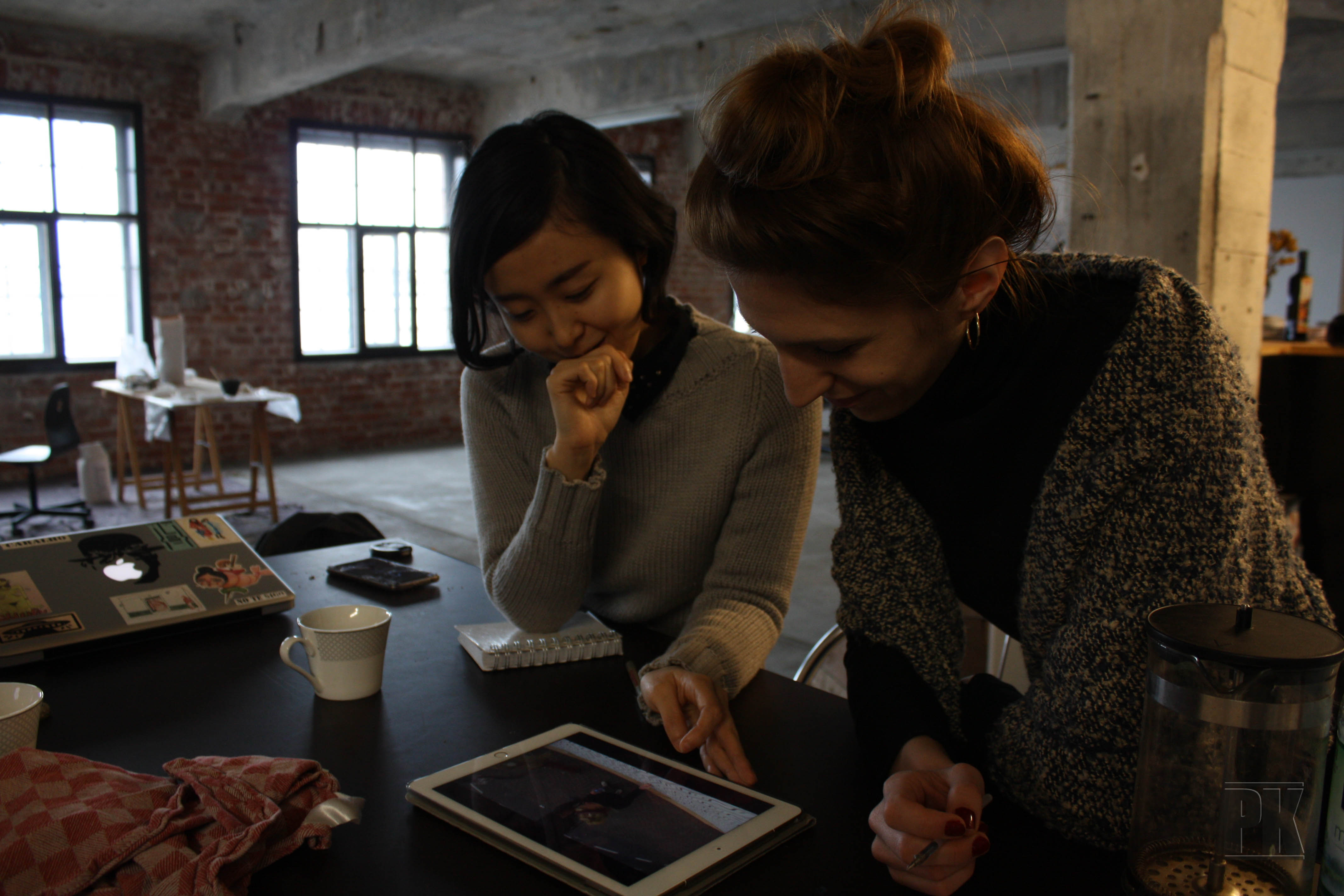 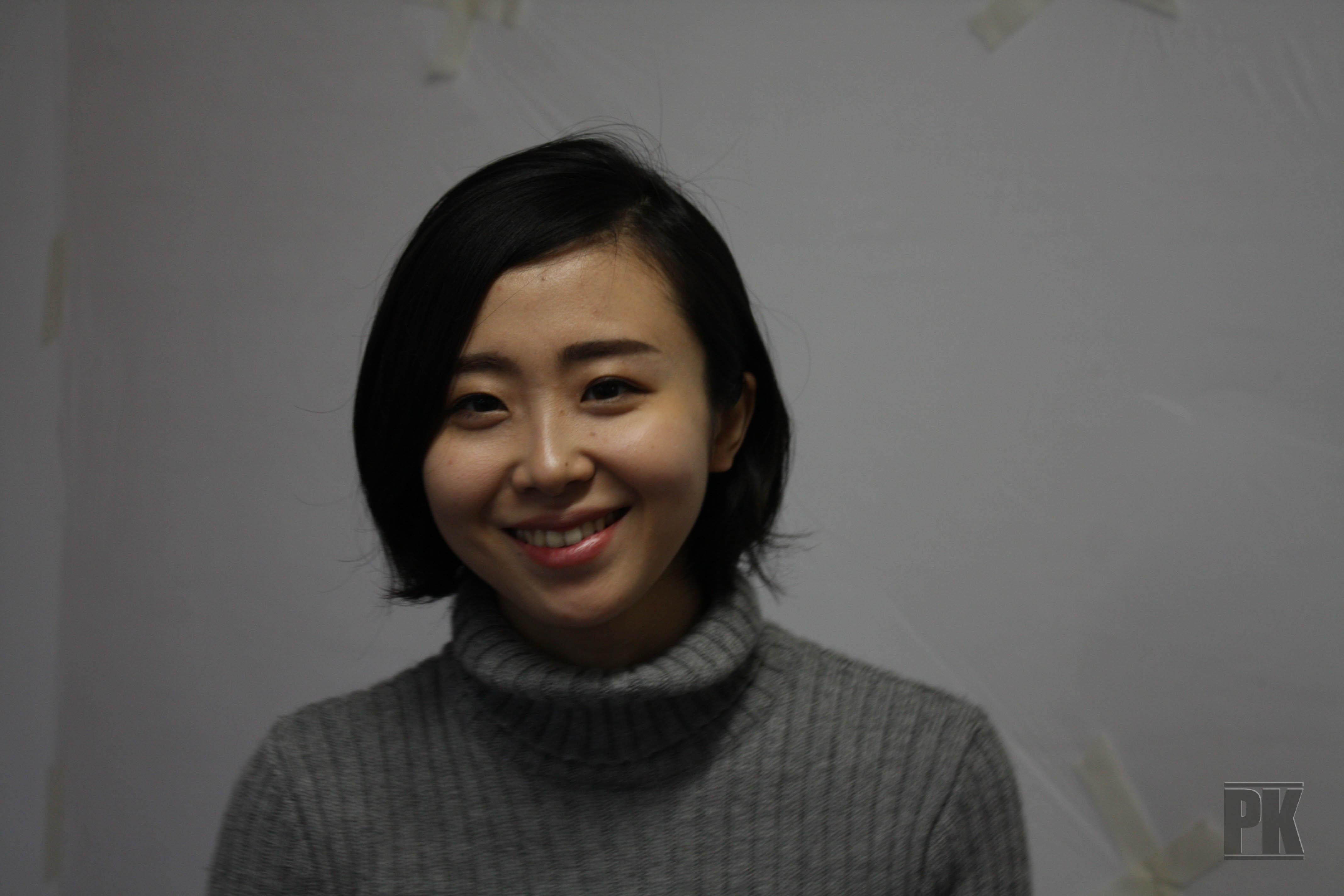 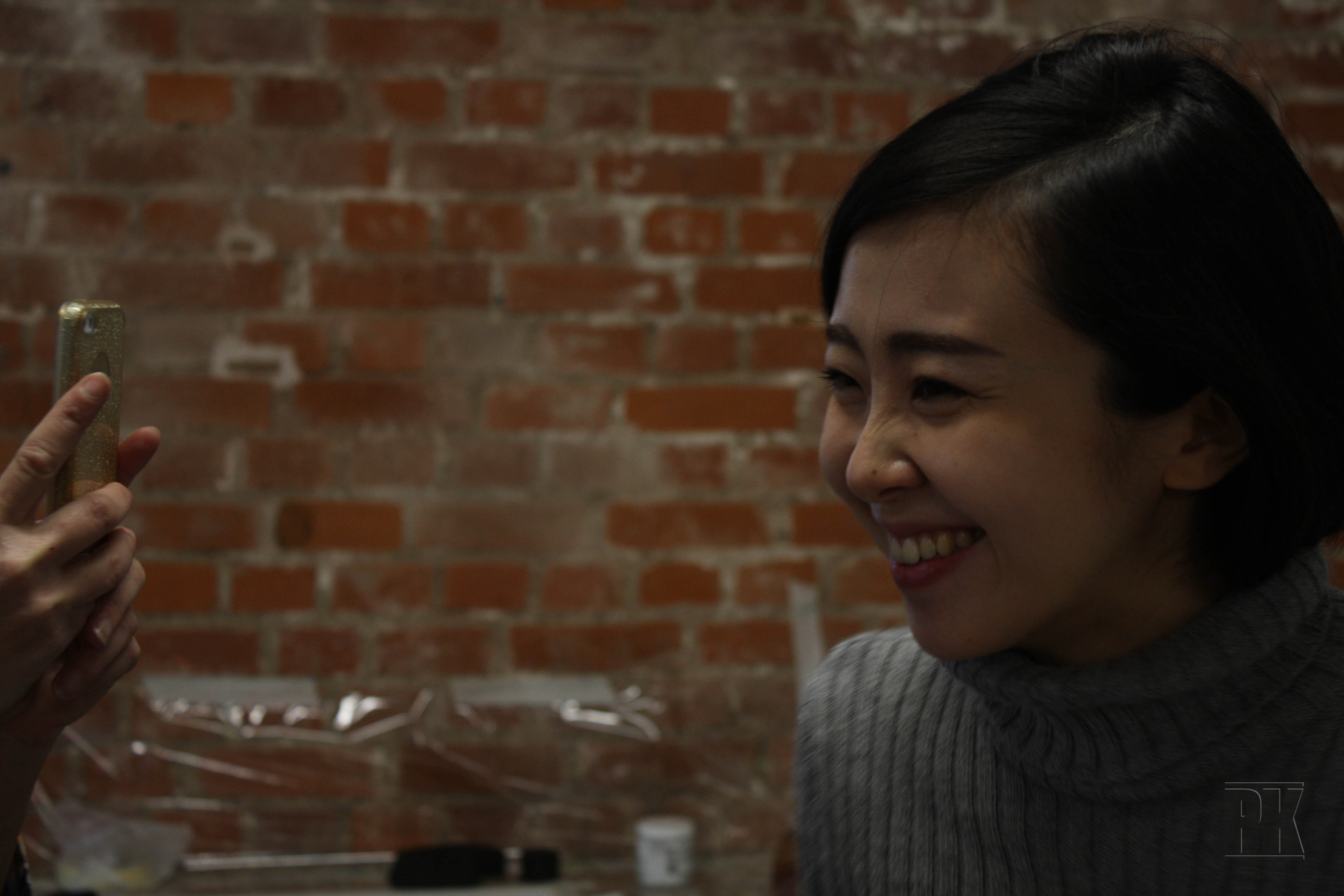 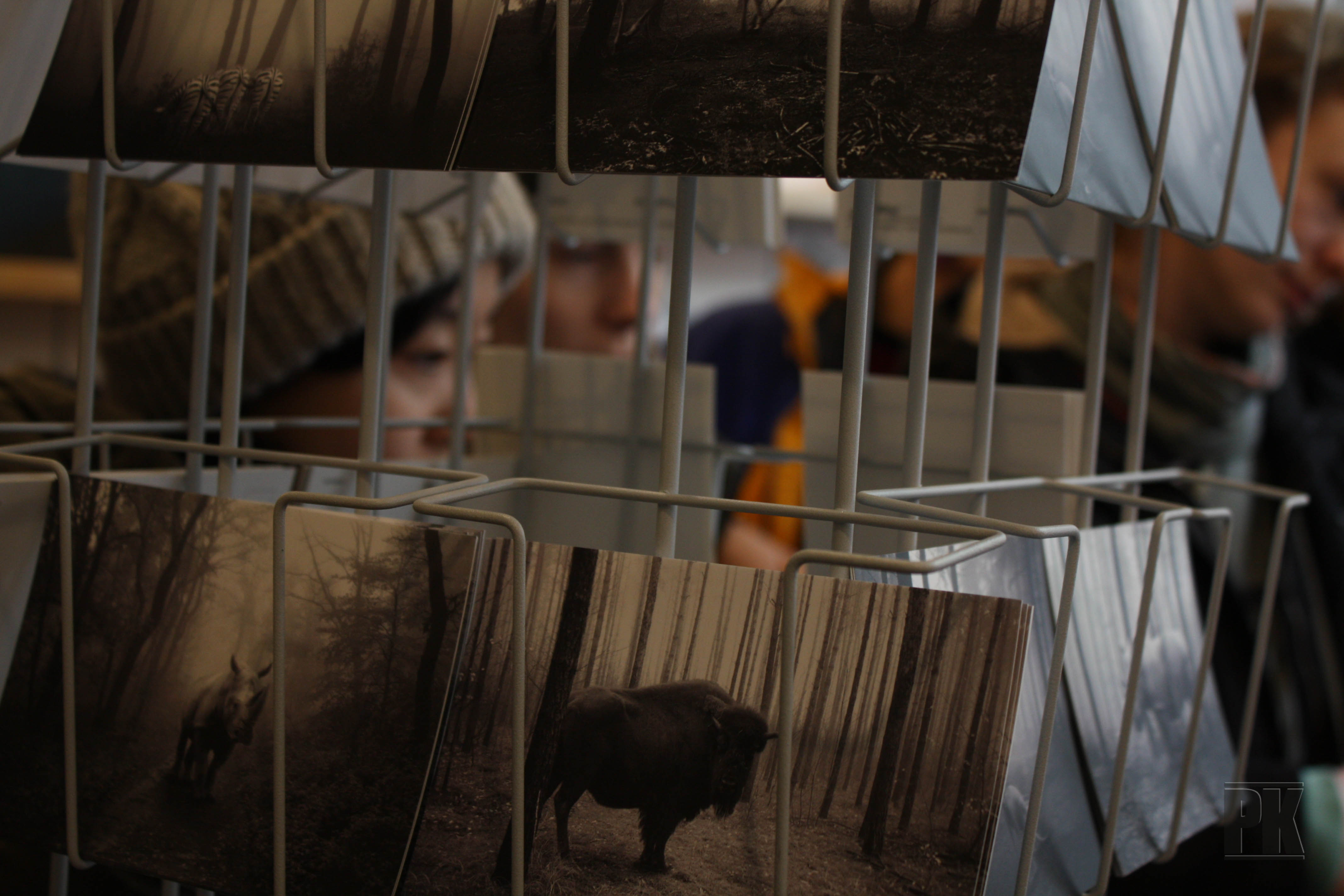 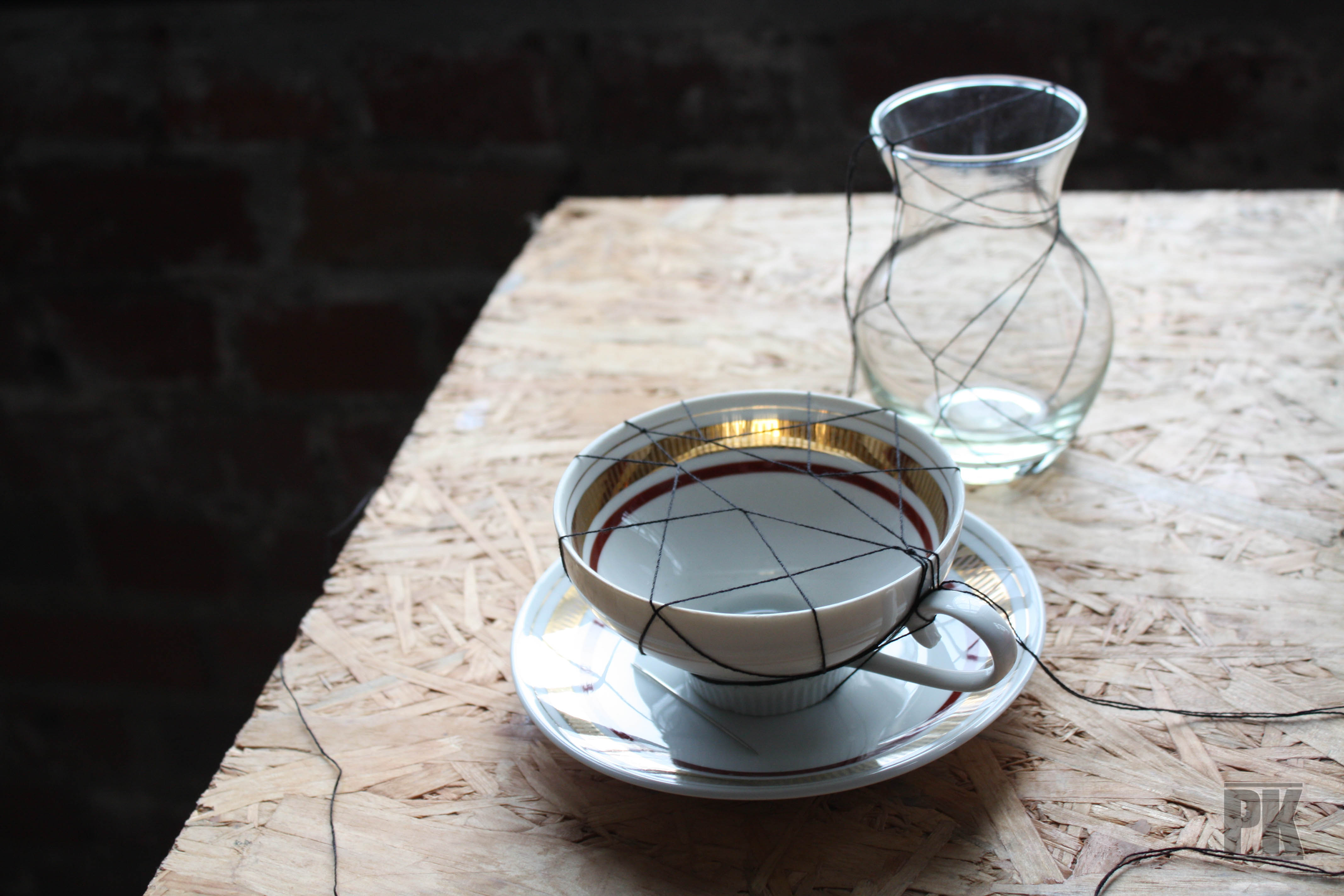 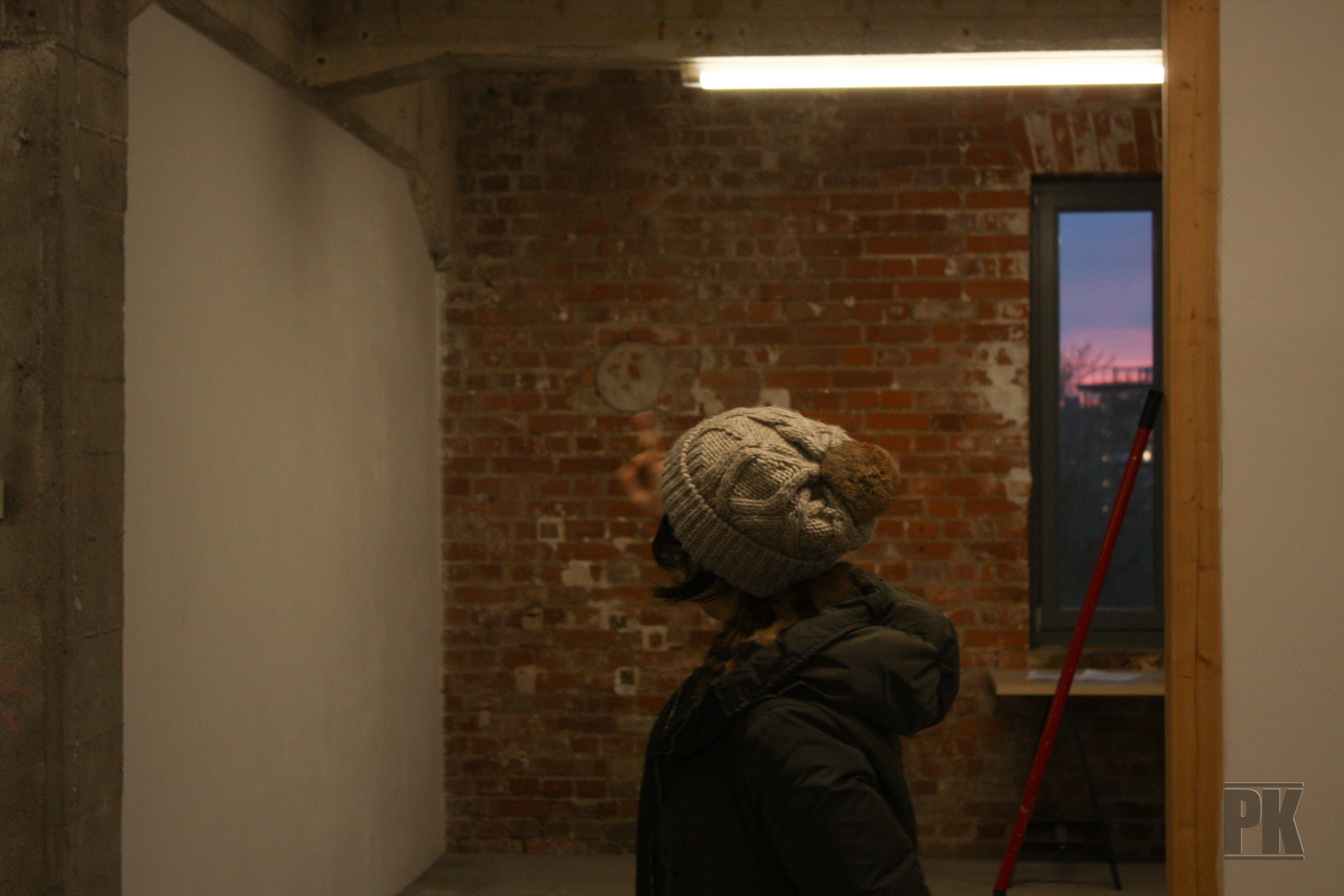 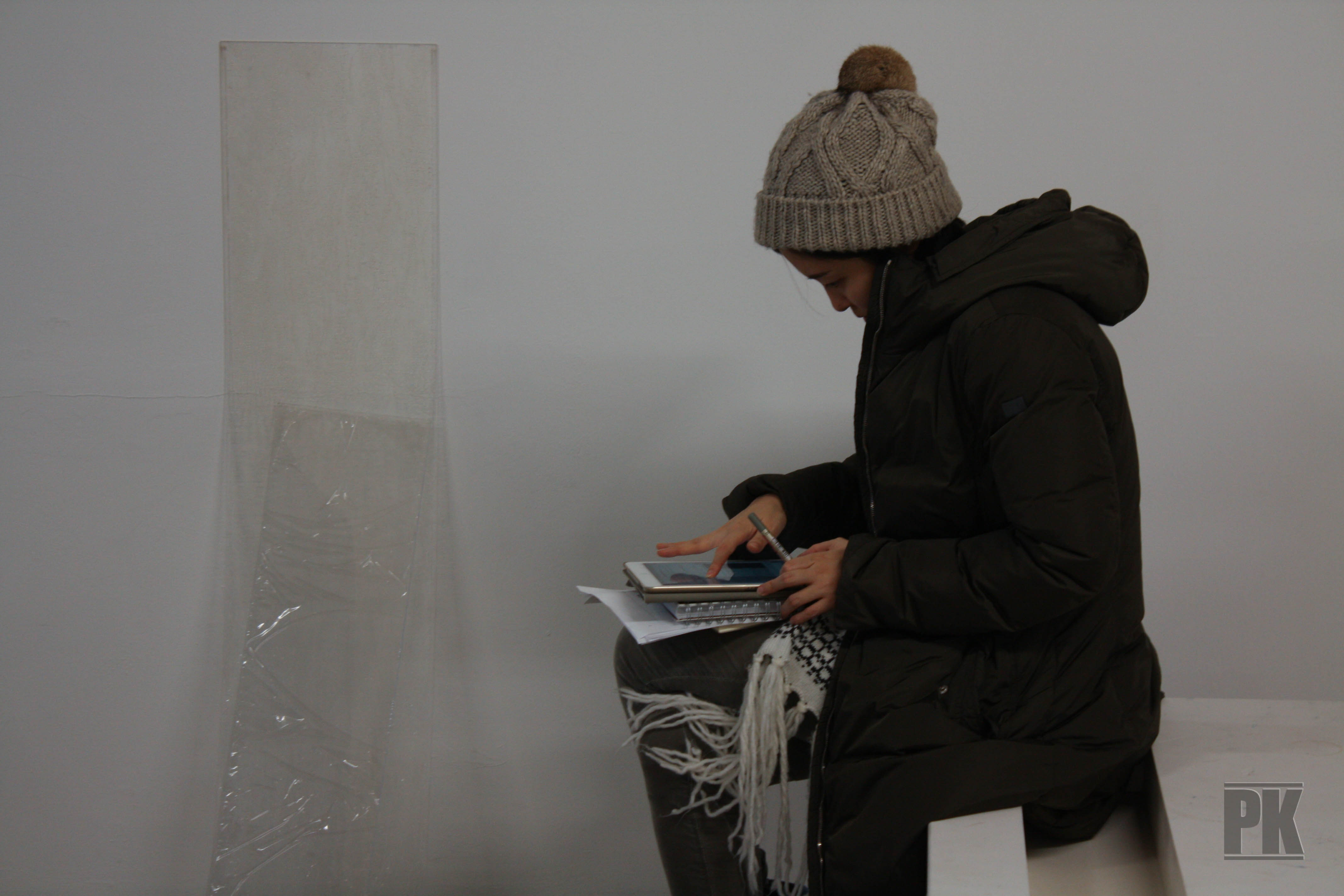 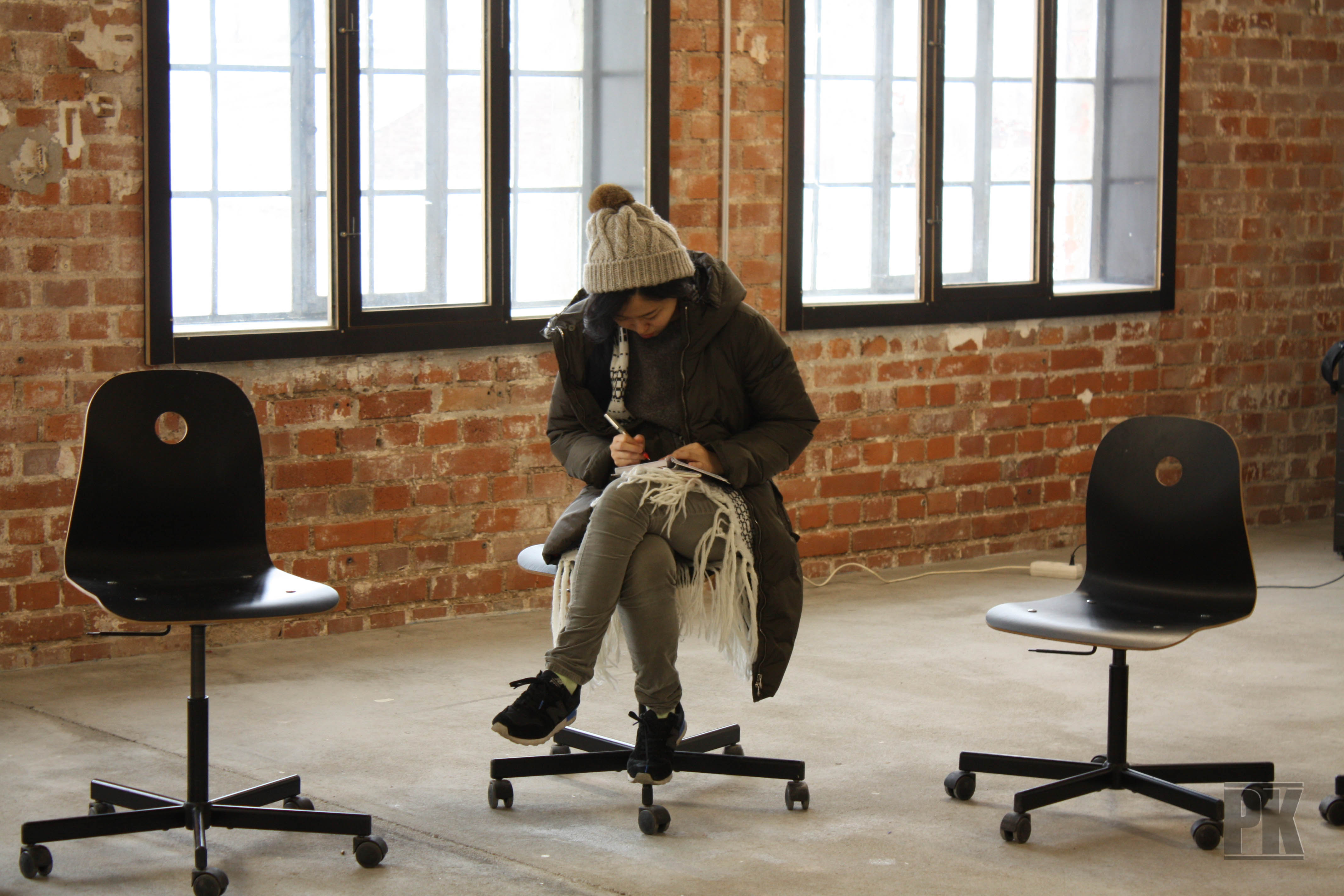 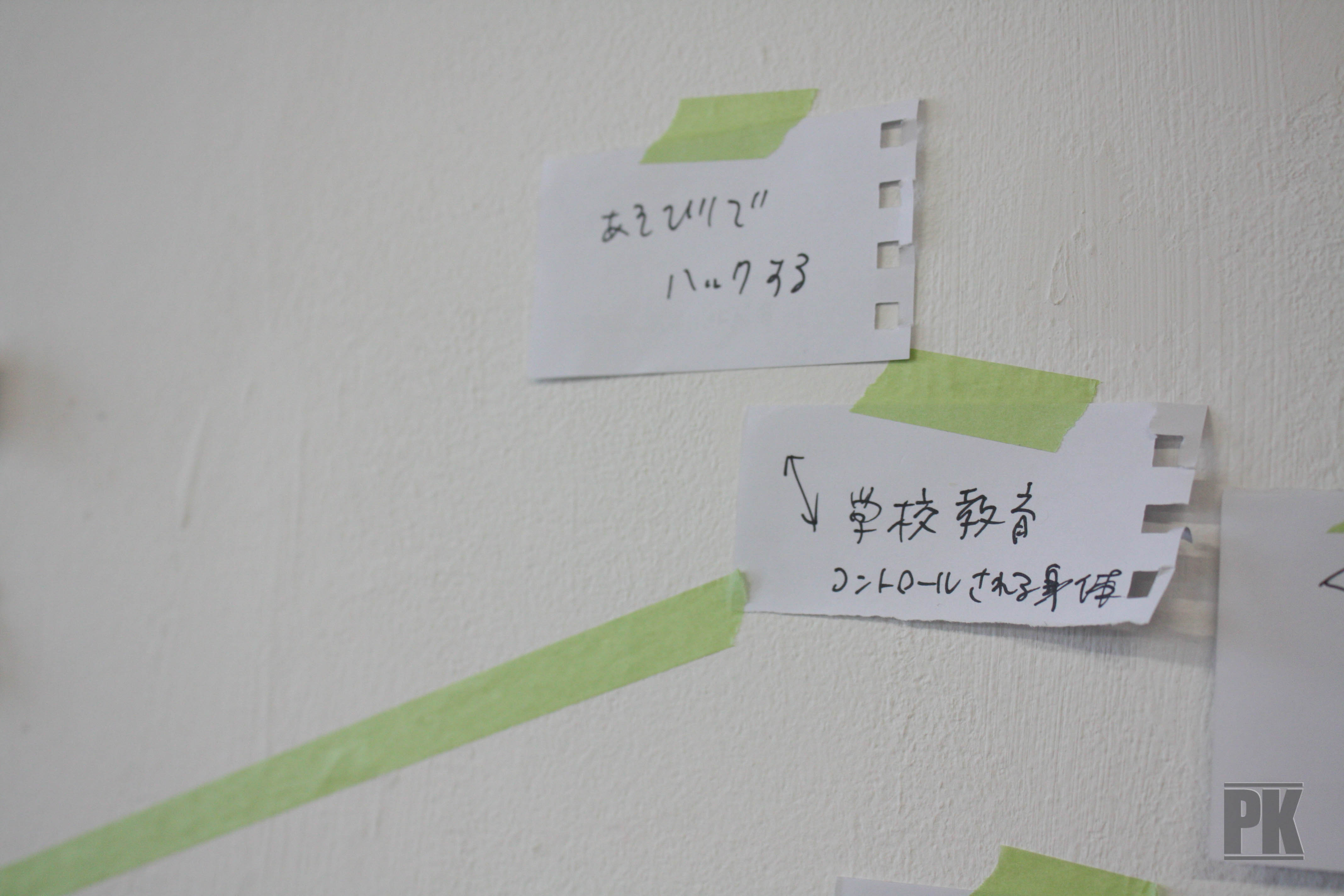 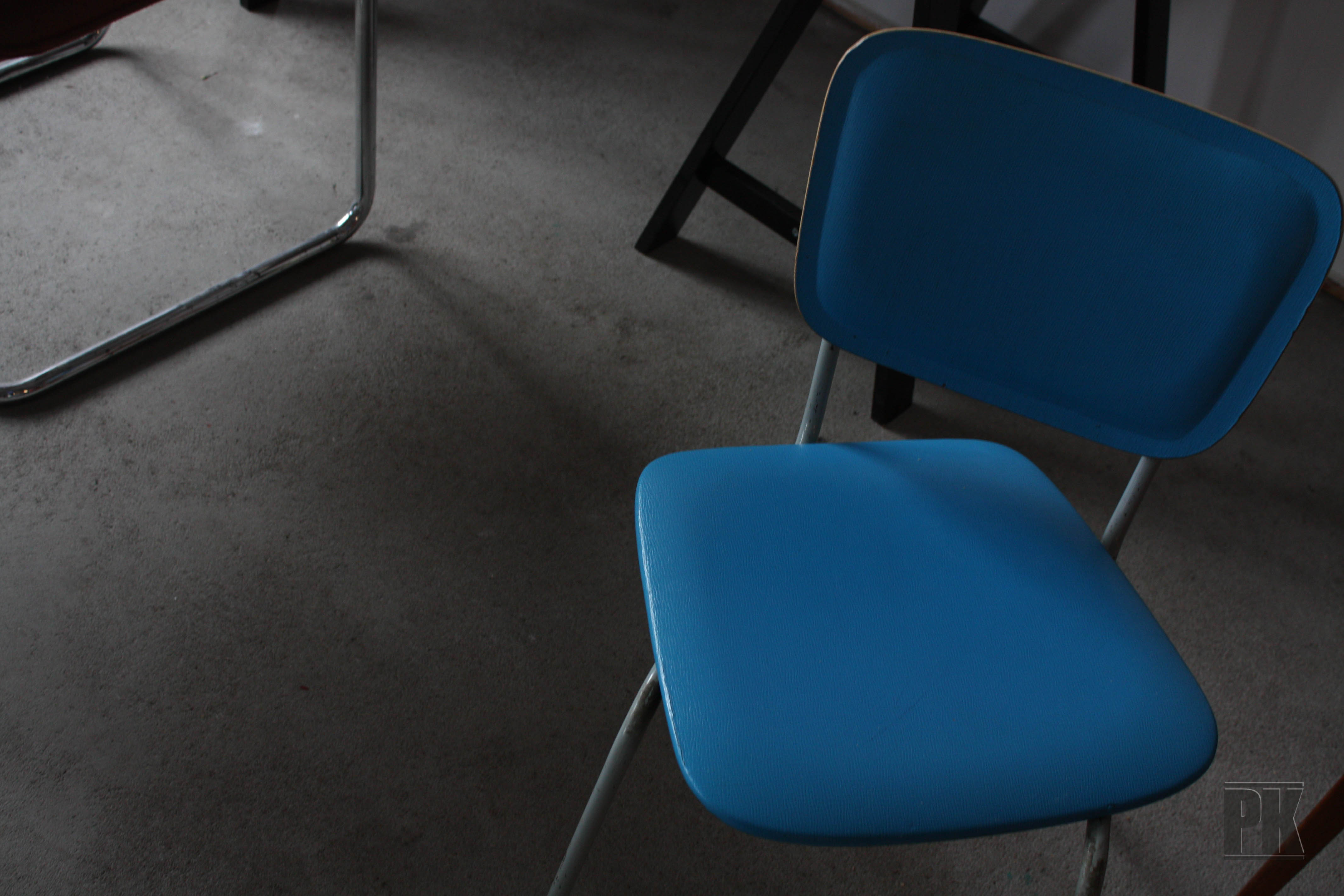 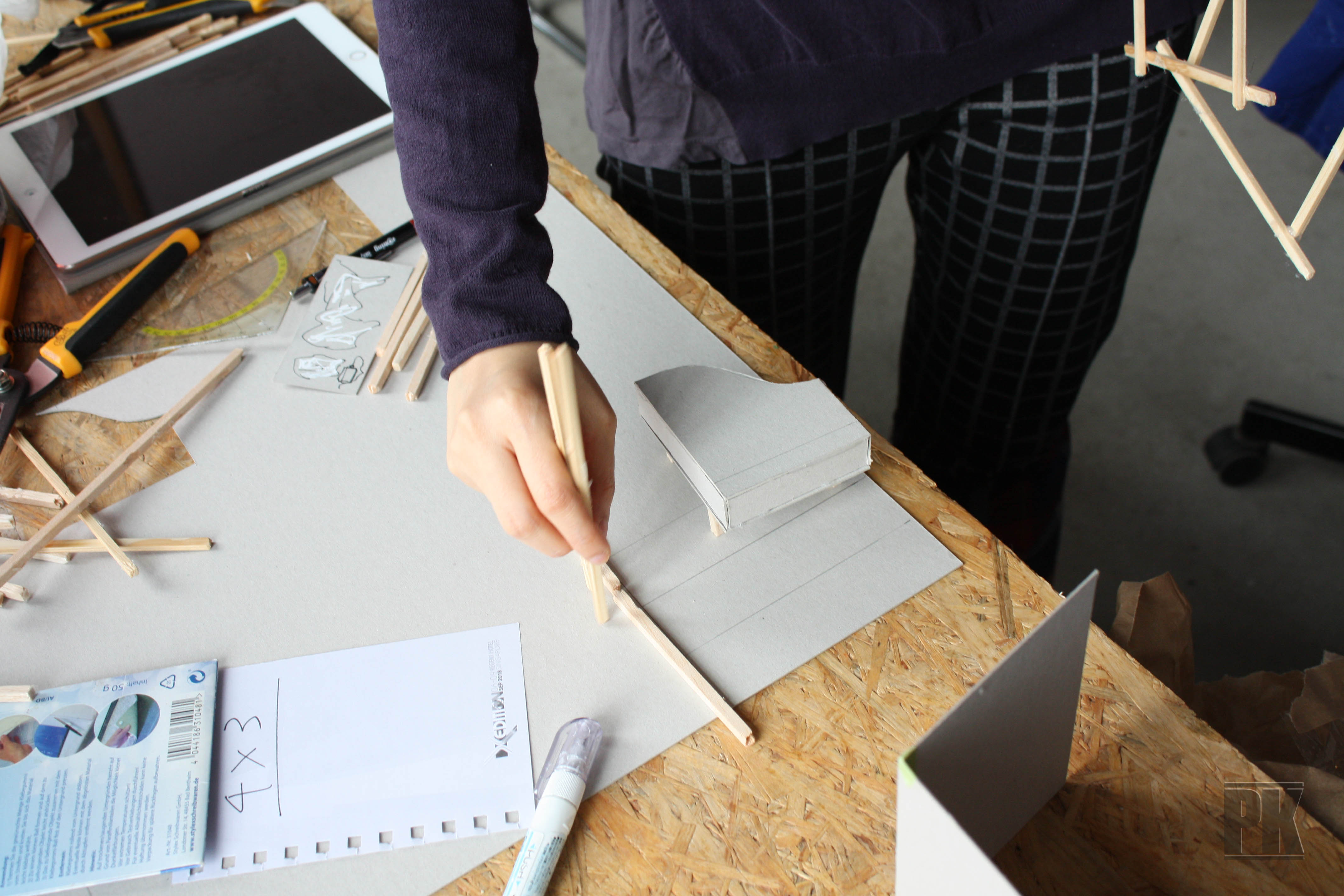 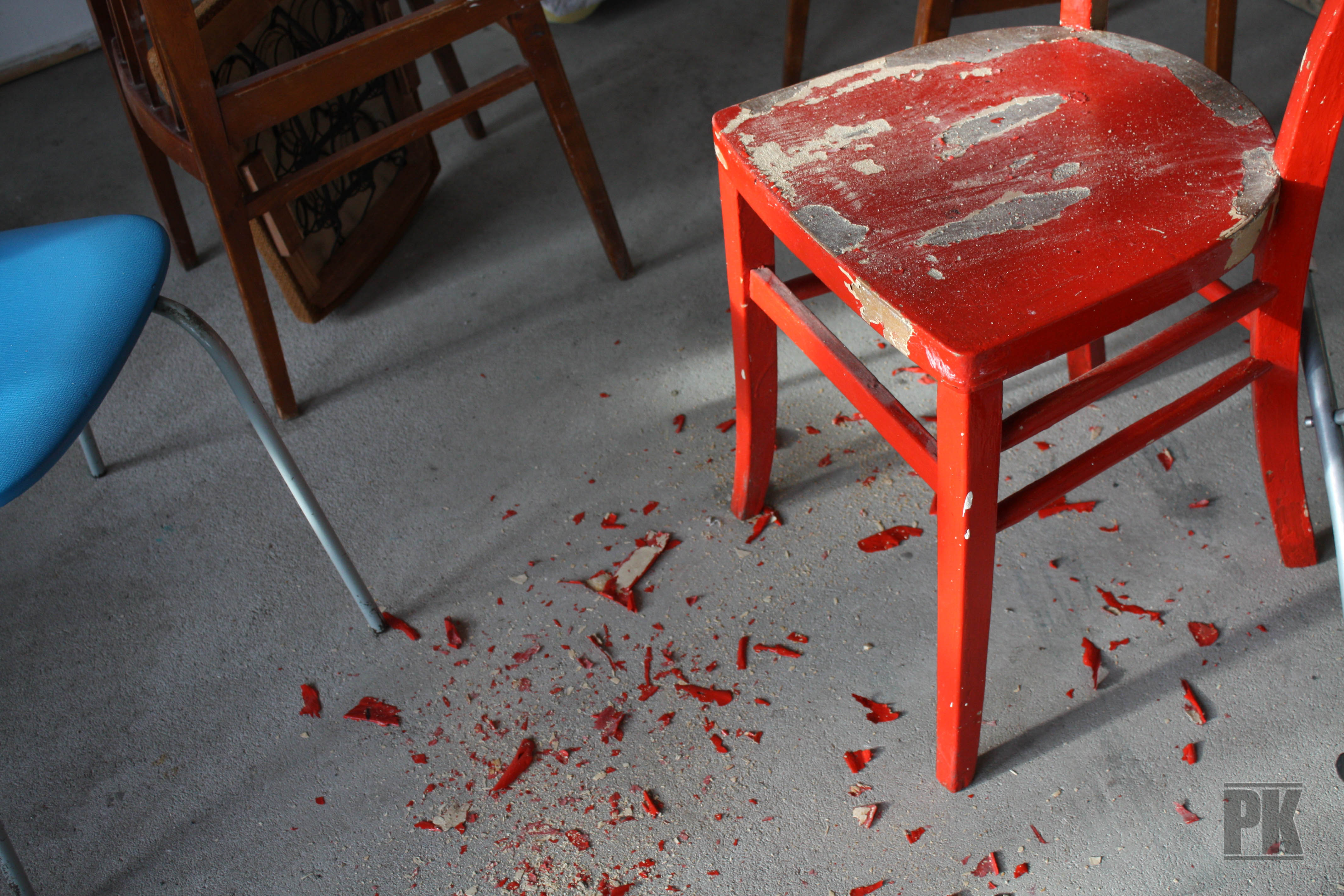 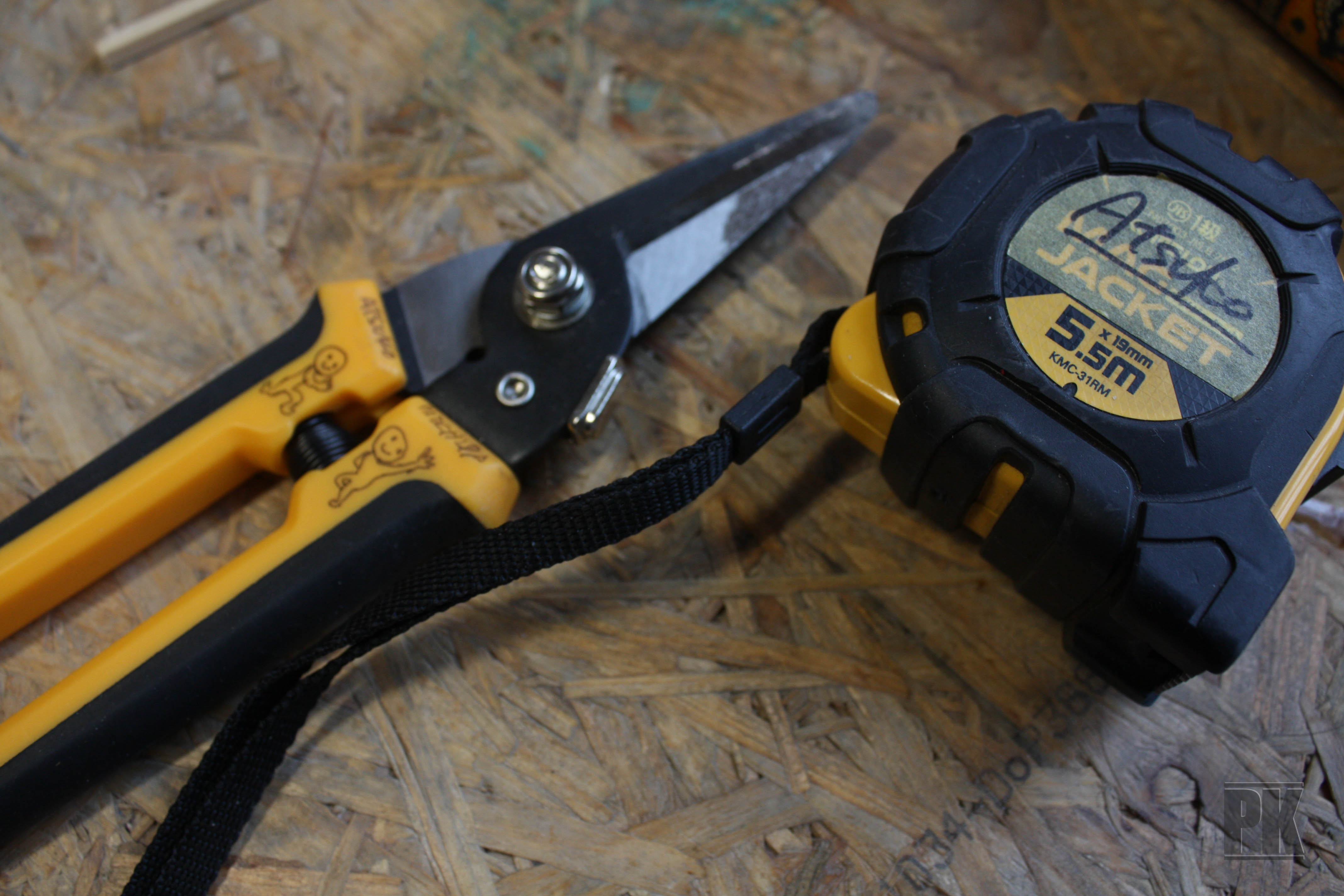 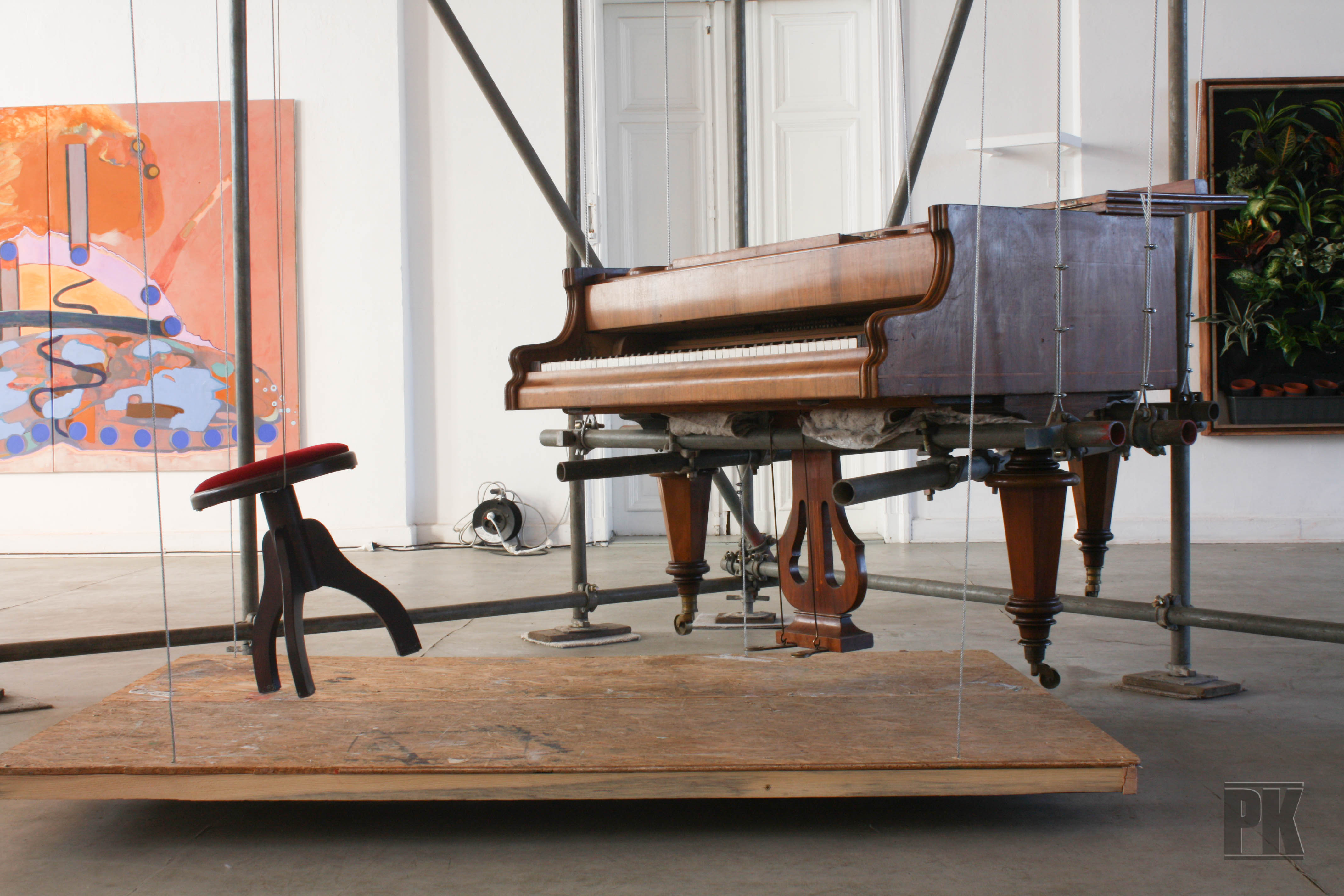 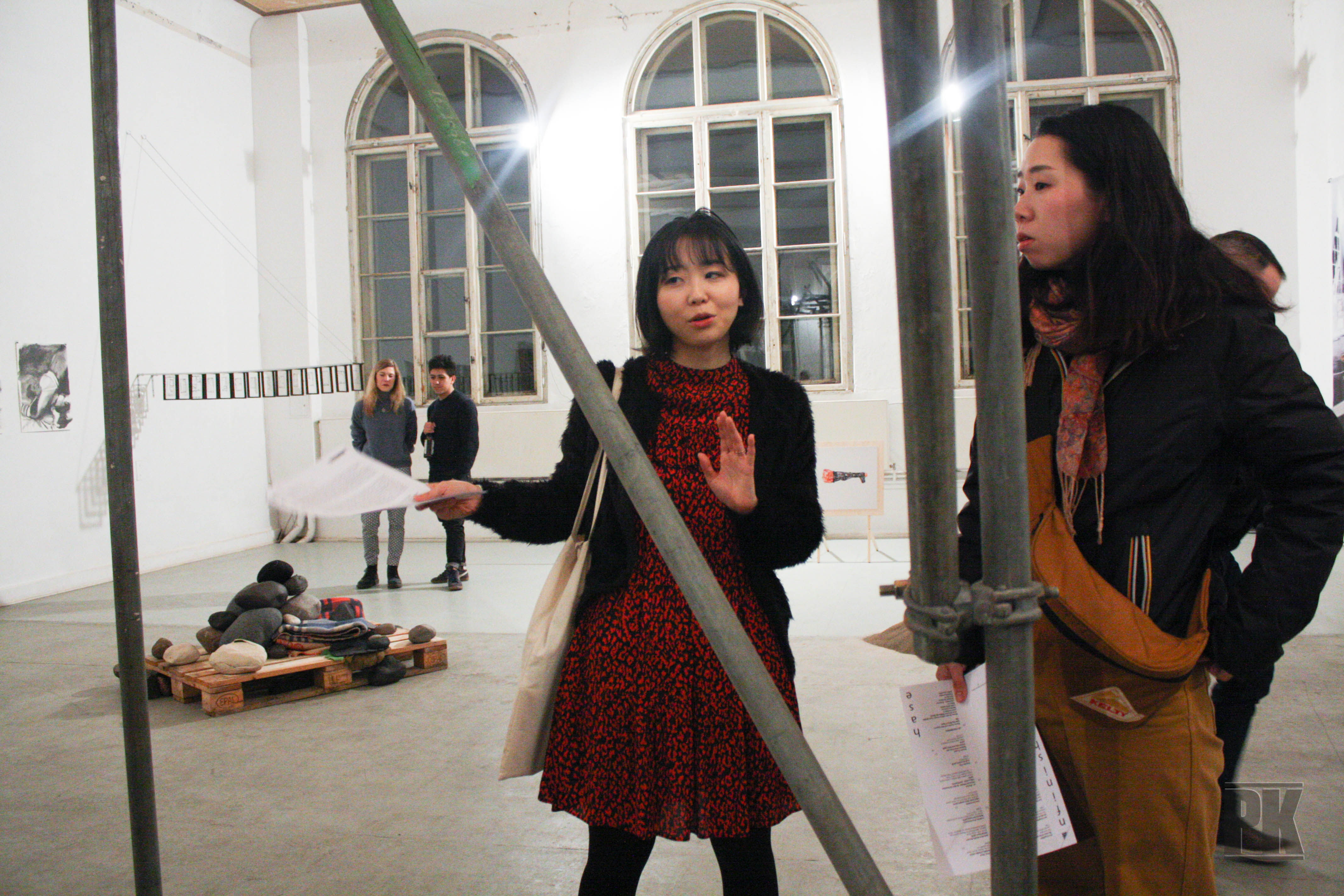 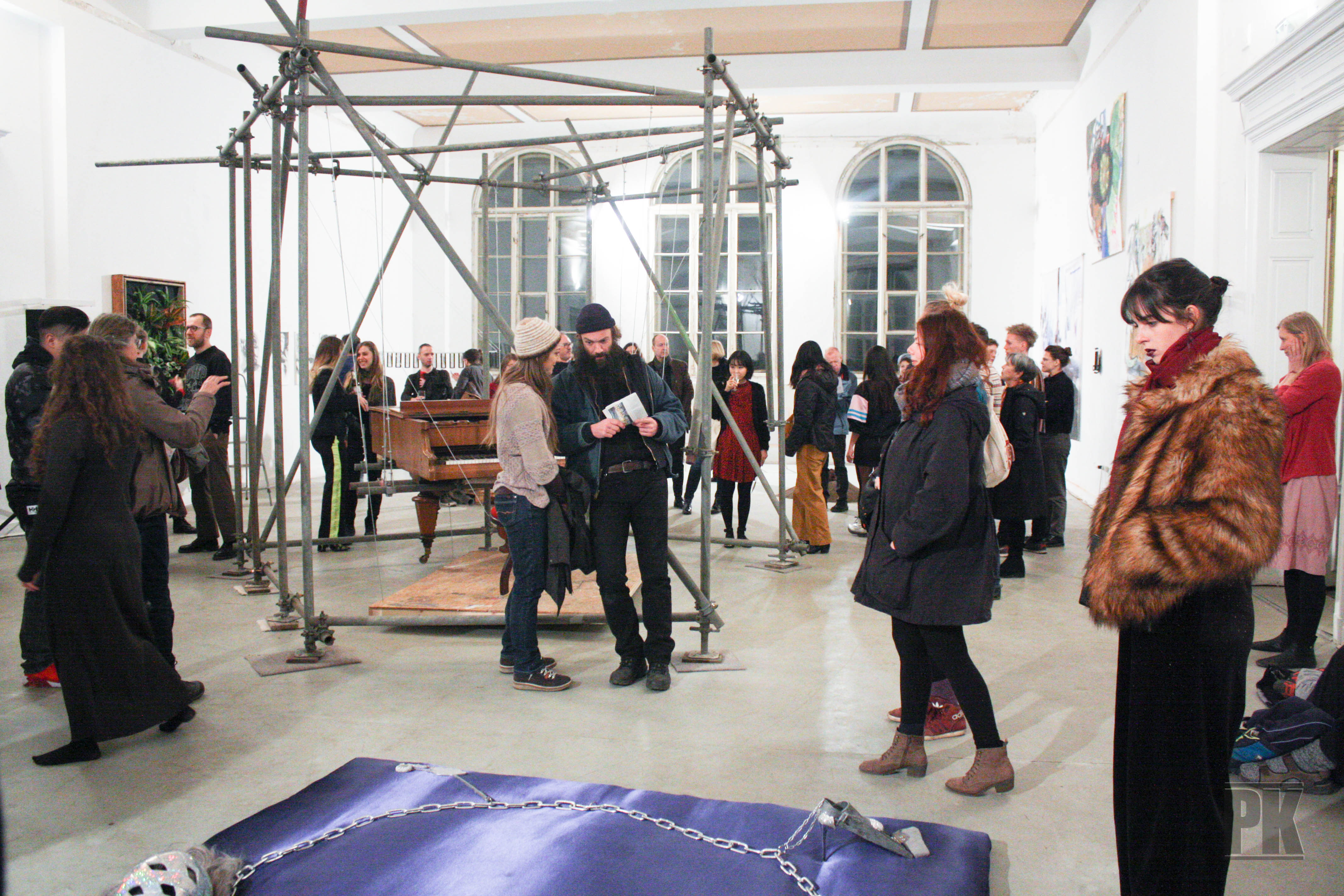 Before finding her own place between architecture and art, Atsuko studied Japanese traditional painting at Musashino Art University in Tokyo. Most of her colleagues were painting in a traditional manner. “In general painting has the intention of attracting the audience into a new reality, it serves as window into a different world”, she explains.

What pushed her more towards installation was the need to intervene in the observer’s world and make them interact with it. That is how she got the idea for her final graduation work. In the main staircase of the venue where the group exhibition took place, she built a wall and obstructed their passage. While at the same time causing the visitors to circle around the whole venue in an almost violent act, she built in a part of herself, making it a personal space. She covered the wall with the wallpaper from her own bedroom, describing it as “almost like a back of a lover”. This juxtaposition of intimacy and tenderness to cold inanimate objects continues to mark her work.

As major influence in her artwork, she points out the city where she grew up – Tokyo. It’s a setting that can’t easily be forgotten – the contrast between huge complex exterior structures and tiny personal spaces make the individual feel small and powerless.  While creating, she has an image in her mind of her body in direct opposition to something immense and cold, somehow having a need to try to wrap her arms around these structures. This ultimately leads to constructing big scale installations which are at the same time sublime and scary.

So, what brought her to Germany? A visiting lecture by Tatzu Nishi in Japan inspired her to apply to Bauhaus University in Weimar, where the local art scene embraced the potential of public art and enabled her to develop her artistic expression in a new direction. One of her semester shows was held in a former prison in Weimar. She pierced the walls of prison cells and connected them with a big steel ring, once again challenging physical and societal structures. She describes the difficulties encountered in complex construction interventions, “like fighting with reality more than it being a compromise”. This allows her to expand her work even further than expected. We are excited to see what the group shows in Pilotenkueche will bring.

Come and see what Atsuko creates in the following shows: