Yuuki Horiuchi was born in 1990 in Nara, Japan, and lives and works in Tokyo. During her childhood and teenage years, the artist enjoyed reading comic books and watching movies, and still does up to this day. In Japan, comic books are addressed to all age groups and come in many different formats, such as literature, in the shape of novels, as pornography. They can be sources of entertainment  or an expressive way of narrating historical facts. Also, the comics and animations whose target are teenage females – named ‘Shōjo manga’, after the meaning of ‘young girl’ in Japanese – are deeply related to feminism. The stories and characters in these books are usually influenced by Japan’s social and cultural background, and Yuuki understands them as a result of a big whirlpool of destiny.

The artist sees the moment of becoming conscious about death as turning point in her life. She is familiar with both western and eastern philosophers, recently identifying with Baruch Spinoza’s Sub specie aeternitatis – «an honorific expression describing what is universally and eternally true, without any reference to or dependence upon the temporal portions of reality». Also interested in matters such as time, past and future, the universe’s progression, shamanism and faith, the artist reflects on the circle of life, destiny, coincidence and inevitability. She is aware that human life and the present are fundamentally dependent on external factors, just like the characters in the comic books she reads.

“There was the past, and with it all the past events that happened regardless of my potential choices;  there’s the present, with happenings that are the result of chances and choices of my own;  and there’s the future, which remains an open book of uncertainty regarding what may or may not happen. And for me, this is a reminder that I am a fragment of this world and that most of the things are uncontrolled”, she describes.

For Yuuki Horiuchi, this is the starting point of her understanding of human life and, consequentially, of her production, which is intrinsically visible in most of her past works. More recently, the artist began pondering the relationship between these different life occurrences, their resulting emotional consequences and the way they are visually depicted in most comic books, often recurring to mnemonics. 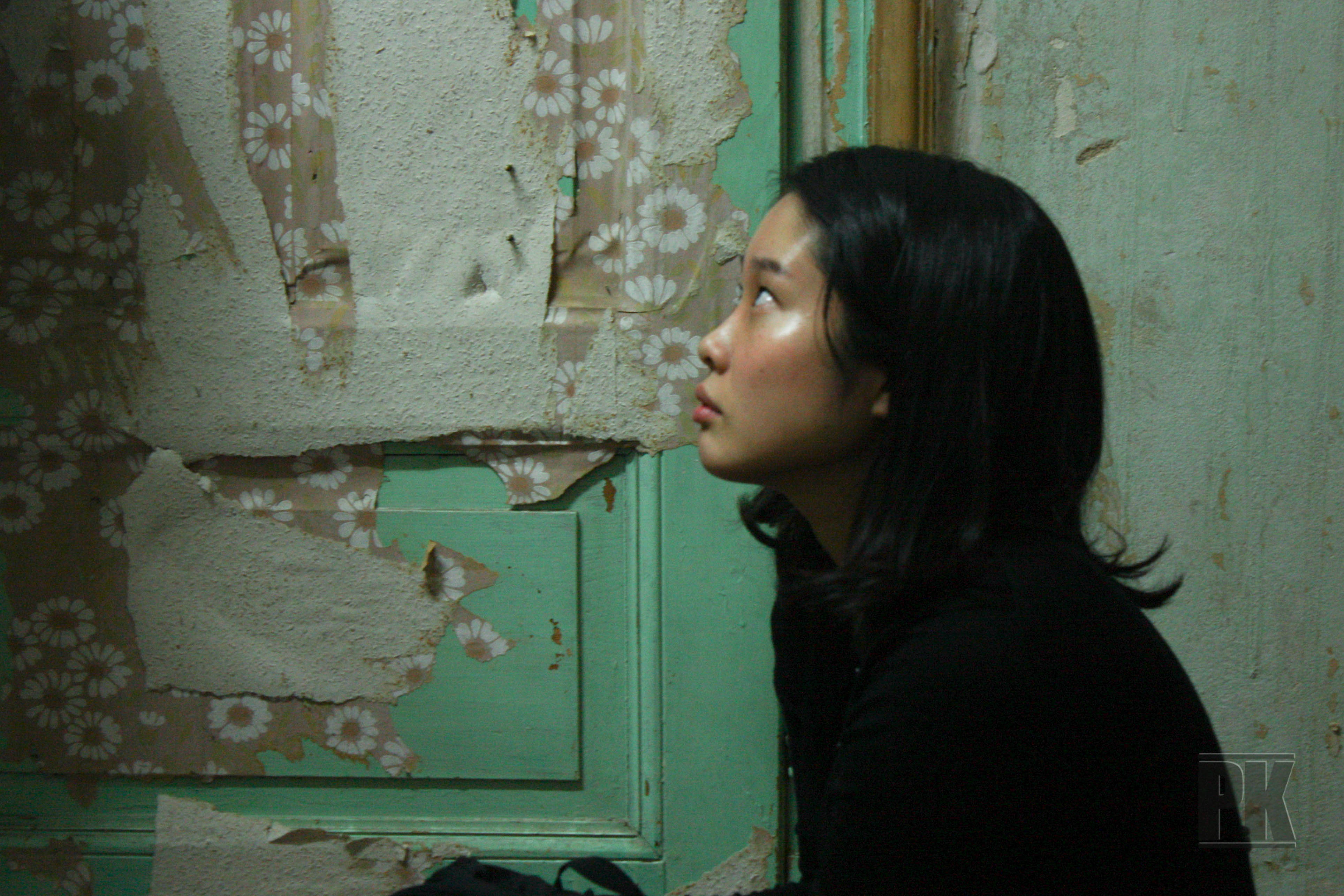 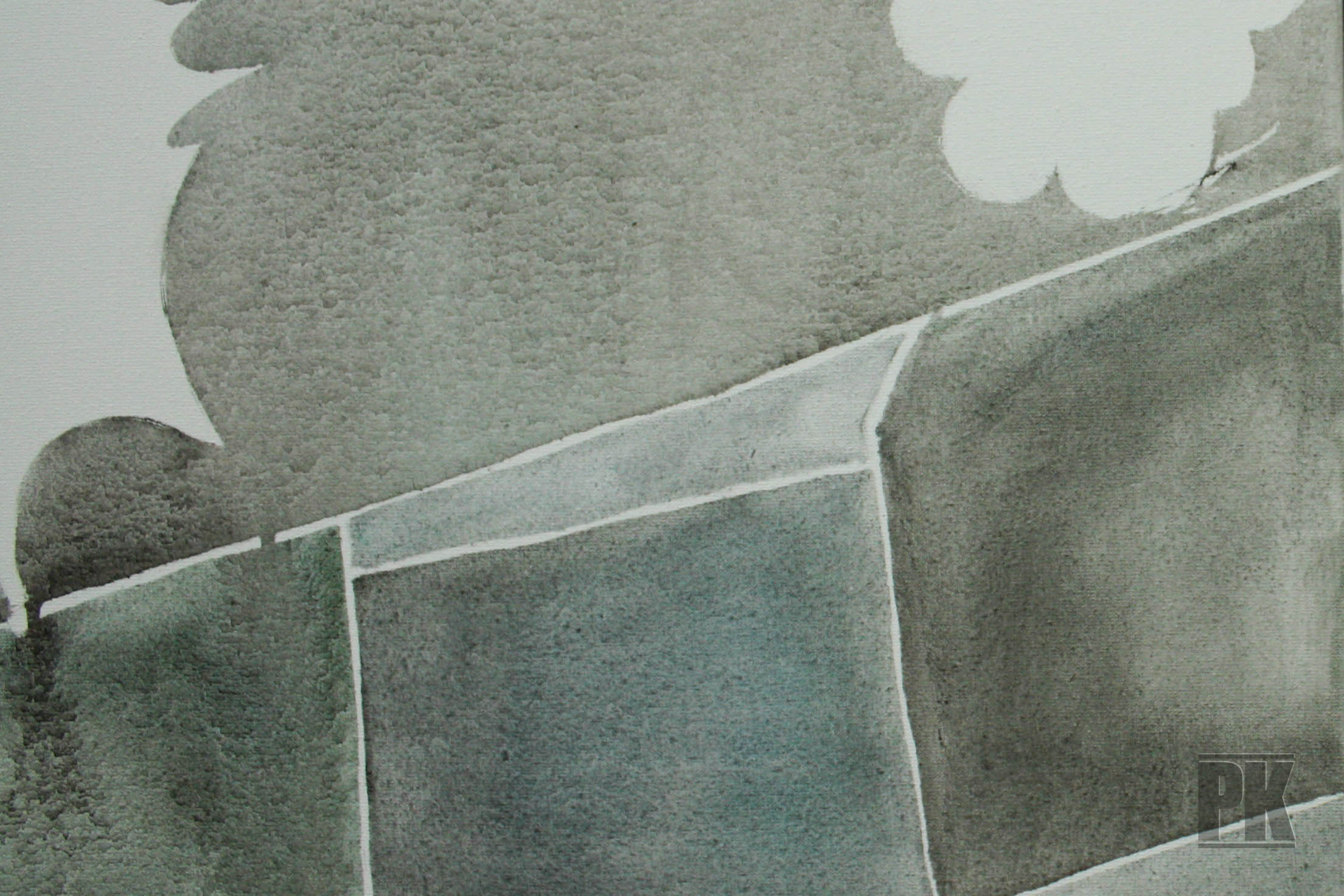 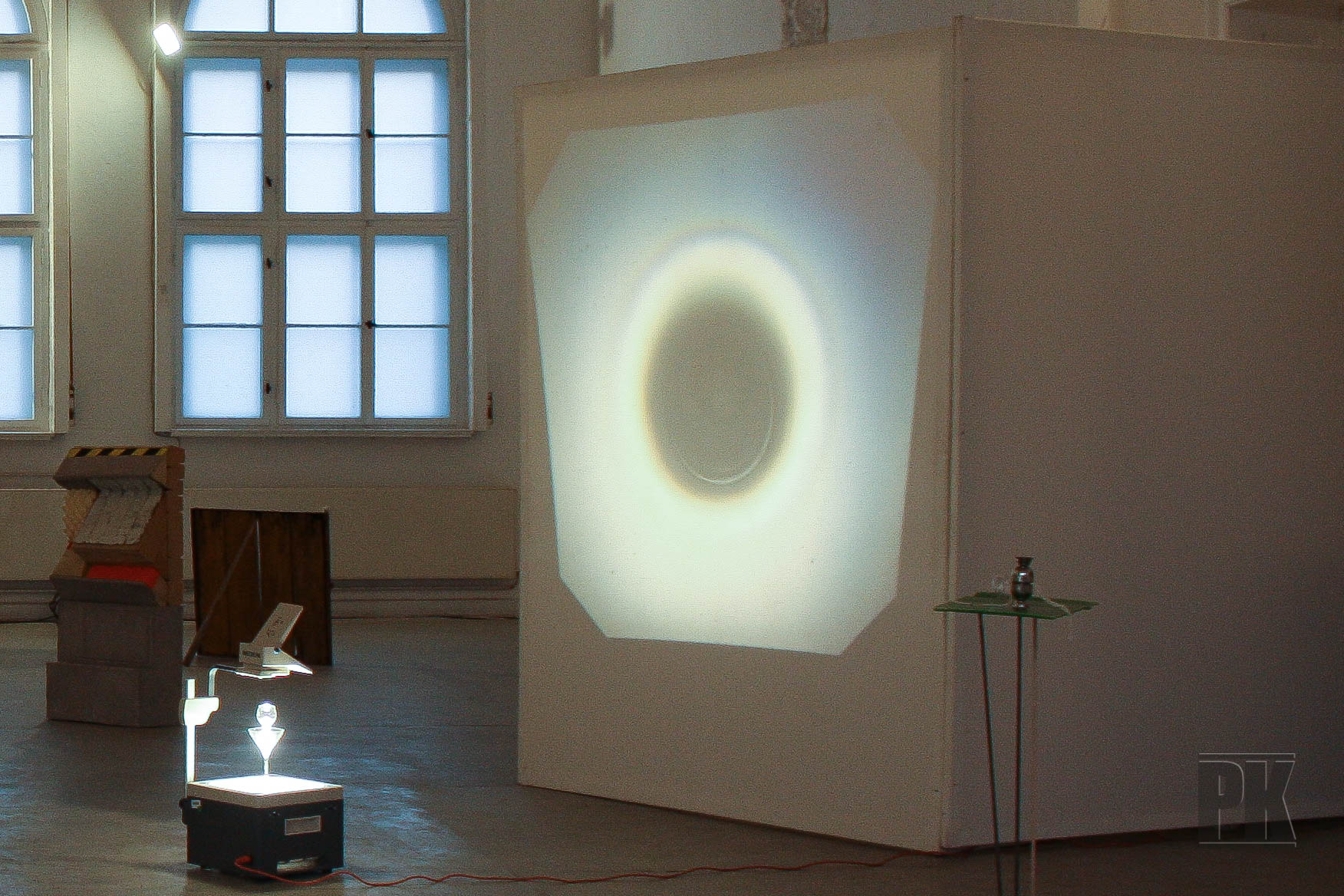 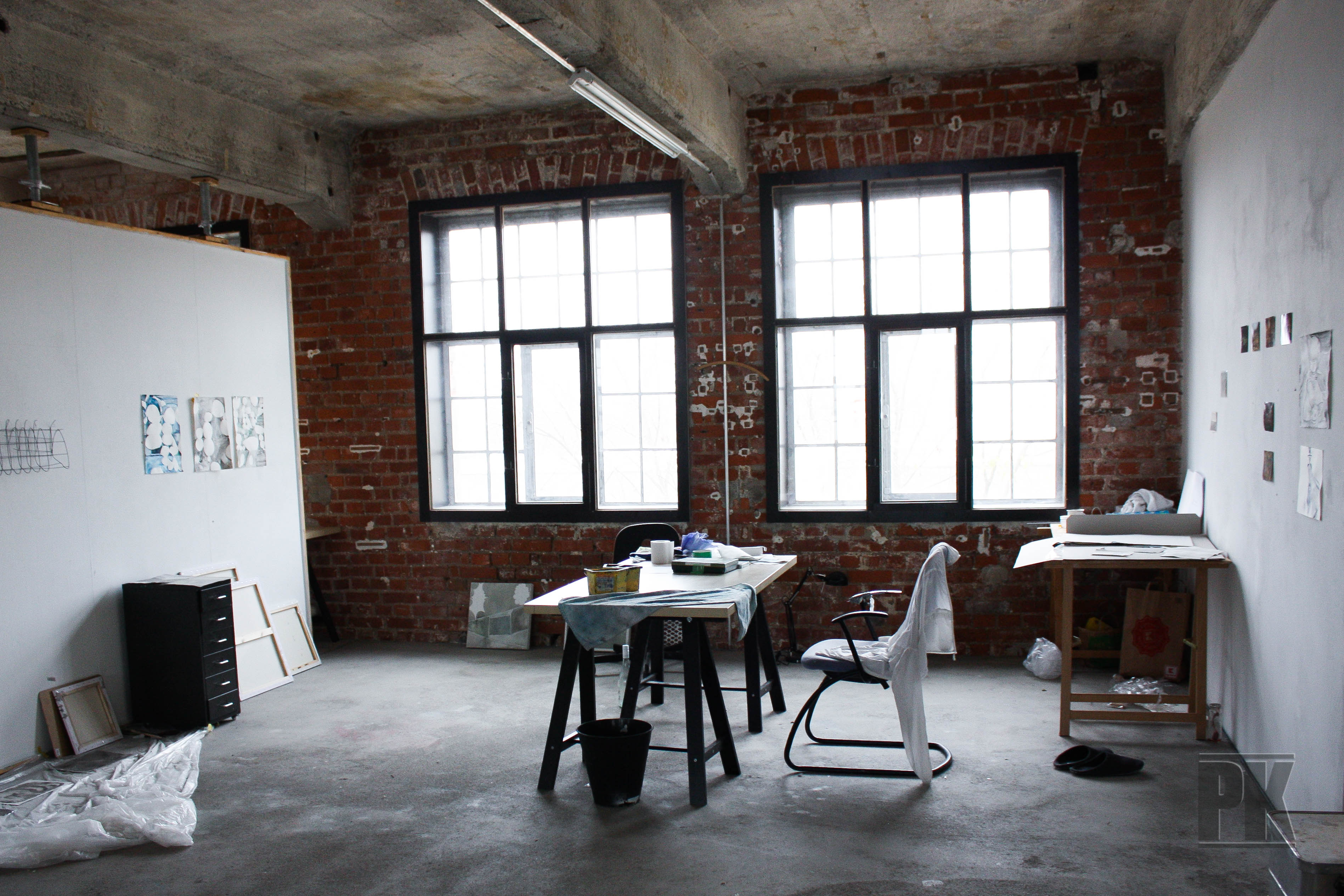 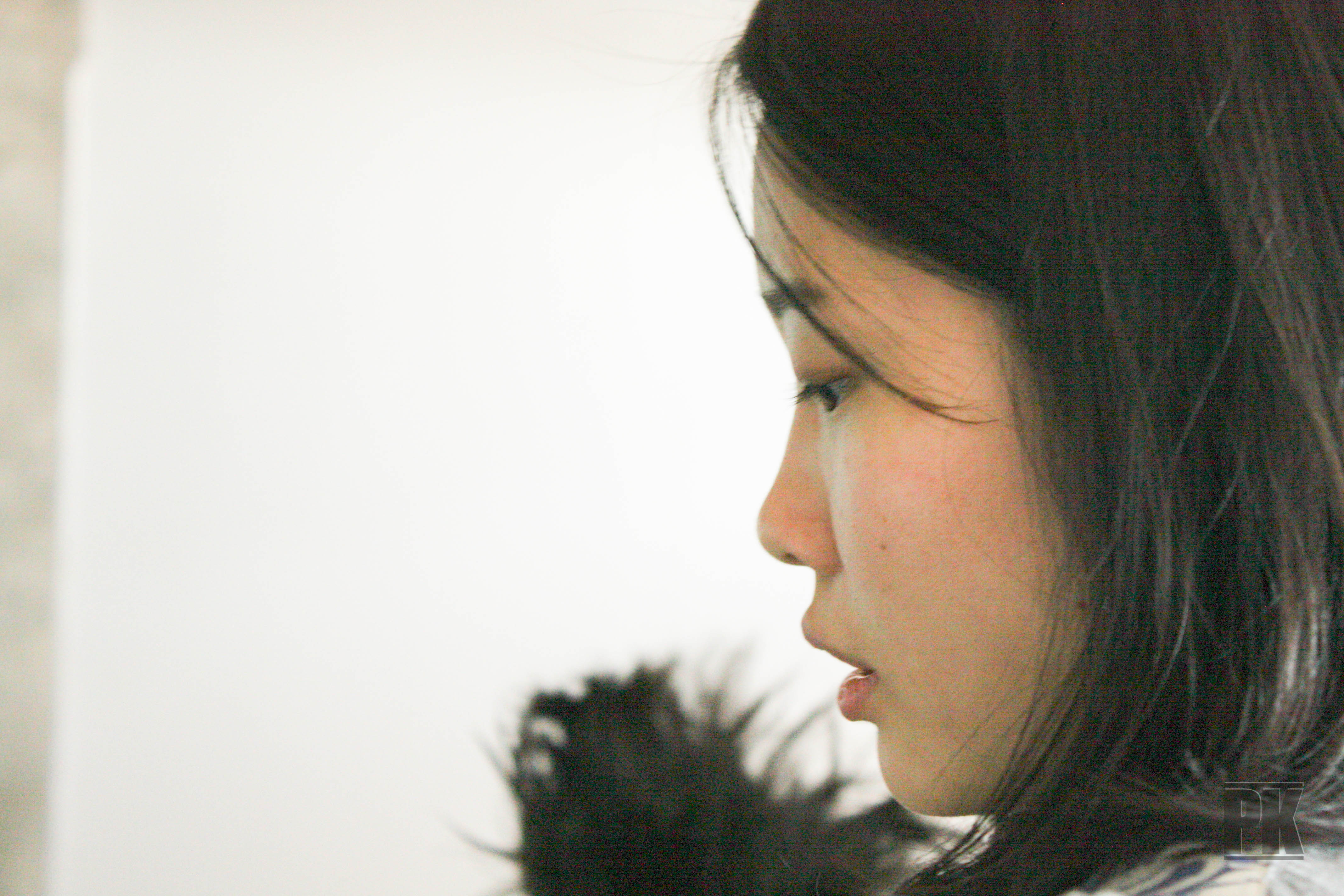 all photos by Pilotenkueche Art Program

Yuuki Horiuchi became fascinated with how incredibly well portrayed the characters’ expressions are – weather expressing happiness, surprise, sadness or anger – and how easily one can comprehend the characters’ emotions before one starts reading the actual story. For the artist, it is possible to illustrate meaning through simple graphics. She is currently exploring the importance of shapes and graphic forms as a direct influence in their narratives, from the pages’ composition to the speech bubbles included in it. The artist investigates the recurring patterns and symbolisms present in comic books and attempts to bring them into her fine art practice.

Instead of reproducing the standard appearance of a comic book – filled with stories, figurative images and flat colours – the artist reproduces solely the layout of the page using both organic and geometric shapes in shades of gray and blue pastels. These resemble translucent spaces entirely devoid of matter, and the speech bubbles particularly allude to the cosmos. The investigation is done through oil painting, although the artist dares to paint as one would with watercolour. This resemblance of the watercolour technique is even more evident in the artist’s paintings on paper, in which the marks dissolve fluently and unpredictably throughout the surface. When working in monochrome, this dissolution can also resemble etching. Yuuki Horiuchi is interested in discovering the different ways of how the audience receives these graphic elements in painting, as more layers are added through the use of brush strokes and fluid mediums.

Yuuki Horiuchi holds a Bachelor’s and Master’s degree from the Fine Arts in Tokyo University of the Arts, in Japan, and has also completed an exchange programme at Glasgow School of Art, in United Kingdom. The artist has taken part in many artistic residencies, such as The Central Saint Martins’ Associate Studio Programmes (Y-AIR Exchange), in London and Youkobo Art Space (Y-AIR Exchange), in Tokyo, both in 2018. She was awarded a place at the Art Project Ideas 2017 exhibition, in Hiroshima City Museum of Contemporary Art, Japan, and Video Field was her last solo exhibition, at Youkobo Art Space, in Tokyo.

You can see Yuuki Horiuchi’s work in the four upcoming shows of round 37.