In this series, we present artists currently working in our studio. Today, we introduce you to Jing Tan.

Originally from Shenzhen China, Jing Tan graduated with a Masters degree from Royal College of Art, London, this year. In her previous millinery studies, Jing created elaborate and eccentric hat designs heavily influenced by the idea of magic realism.

For her time at Pilotenkueche however, she is experimenting more with sculpture and installation work, channeling her medium into an abstract response to a specific story from Chinese folklore – The Snail Maiden. Her work plays with the tangibility and displacement of texture as a representation of this female snail form and the domestic role she has been given in the story. Collaborating with both artists and her new Leipzig audience, she hopes to collate responses to the folklore story; specifically the moment when the shell is taken away from the woman, revealing the soft body underneath. 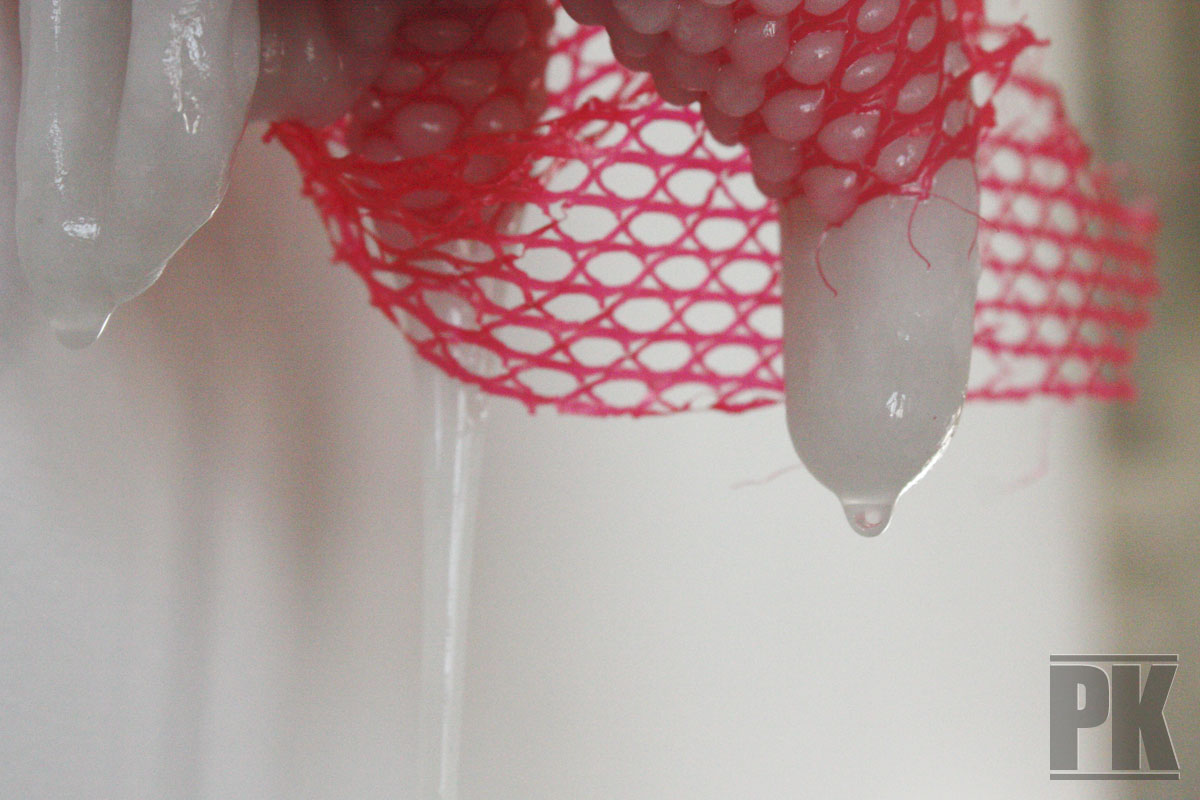 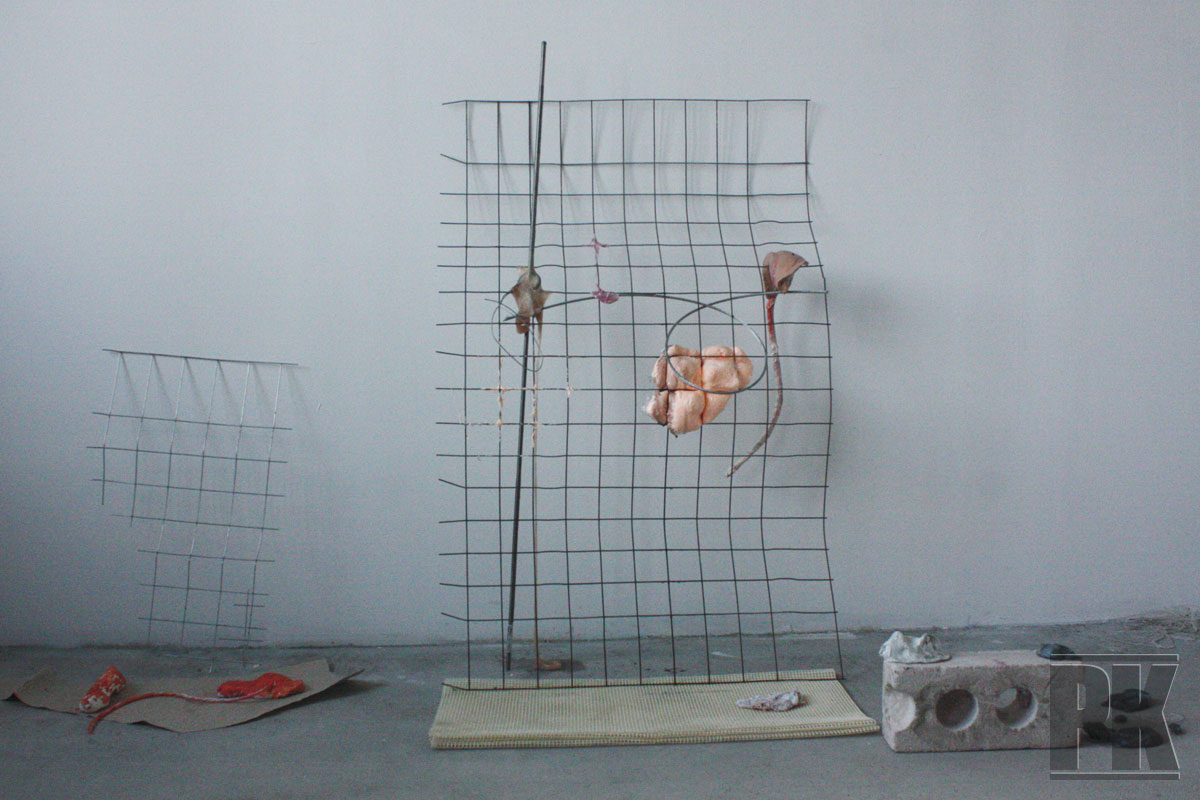 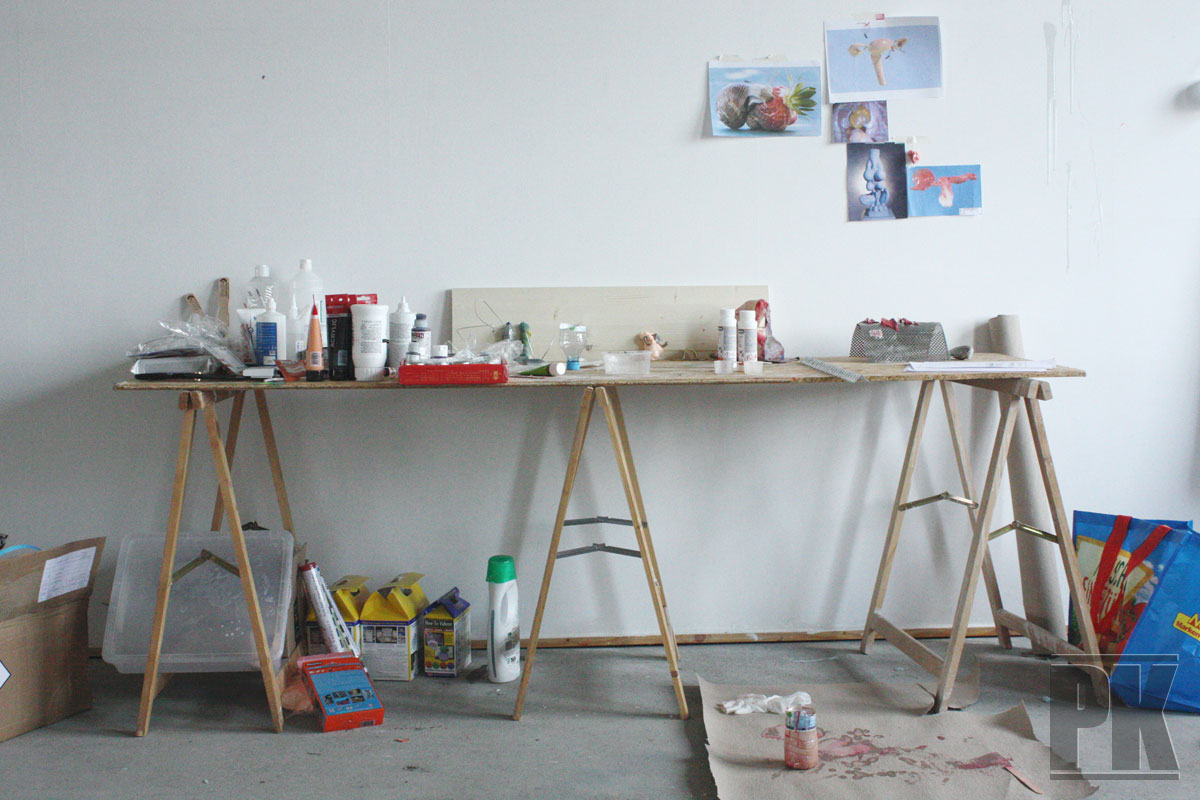 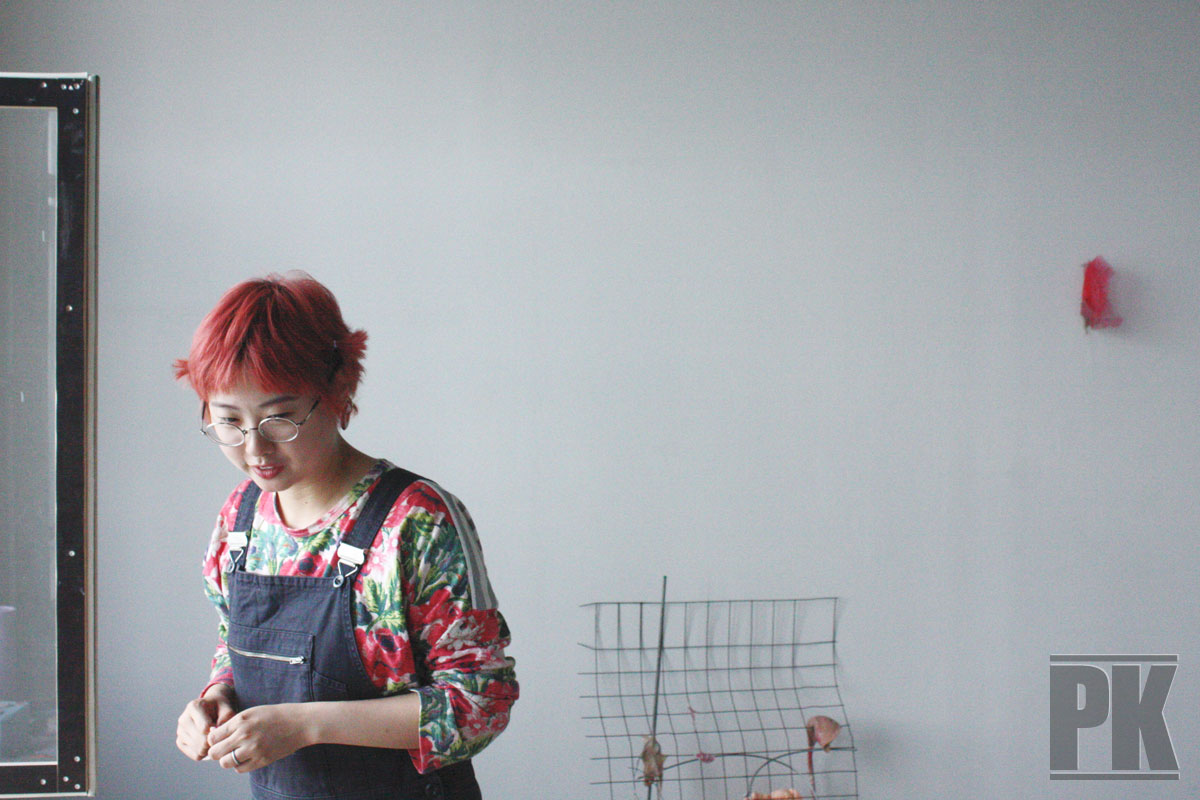 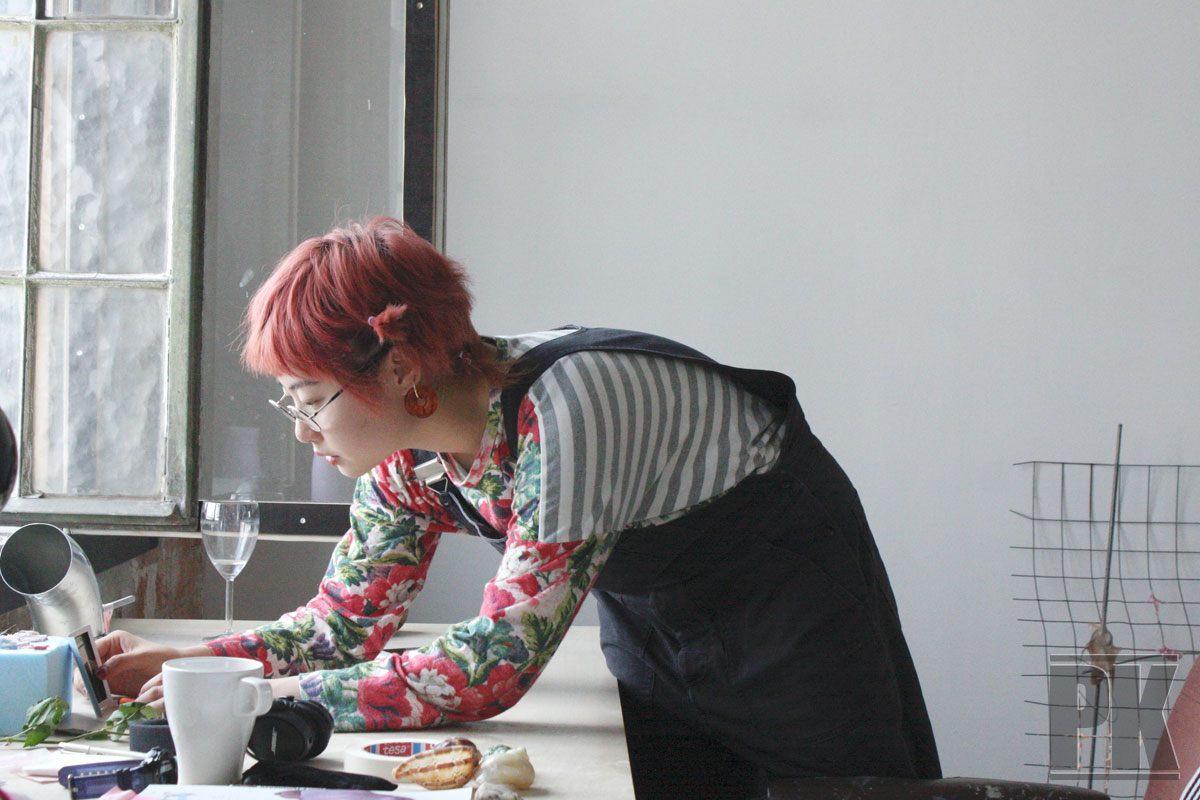 Looking at her studio space is an exciting insight into the way she works and the references she plays with, her own shrine to Snail Maiden culture. Jing is currently working on creating her own slime pigment that she hopes will deform and change throughout the time her work is exhibited.

Jing sees her project during Pilotenkueche as a “research based installation”, asking people to recount memories which they can equate to the shell of the snail being lifted. She explains that her idea initially developed from negative trauma, but she is now looking at individual memory, adding that “sometimes we ignore and to revisit is self healing”.

Jing is hoping to engage with the local people of Leipzig, including into her art subjective responses to this Chinese folklore. If you wish to contact her regarding her work, this can be done via her email or instagram linked below.