Leipzig-based artist, Lisa Wölfel, ponders the ineffable nature of human processes. Acknowledging the impermanence that nuances emotional and existential states, Lisa’s practice reveals our layered and at times puzzling condition as troubled humans. Her paintings become a living attempt to reflect on matters that transcend the spoken realm. “Sometimes there are thoughts in my mind that find a way to manifest themselves through painting. Possibility to flee the struggle of putting them into words”. Pouring such cavilations onto visual creation presents itself as an extension of Lisa’s breathing. An instinctive way to deal and decipher life.

Resorting to drawing from an early age, Lisa identifies art as an intrinsic and natural action and reaction.

“I don’t think being an artist is a choice. It just happens. There’s nothing else I can do with so much passion and interest”.

After studying free painting at the Academy of Fine Arts in Nuremberg, Lisa’s creative practice oscillated towards painting and drawing, despite her relentless exploration with other mediums. In her attempt to address a plethora of realities and emotional ebbs and flows, Lisa creates visual atmospheres that rely on the parallelisms between nature and the mundane, the body and the perishable. Sourcing memories and nurturing from the immediate surrounding she inhabits, Lisa admits that painting can trigger both freeing and uneasy inner currents. “Art allows you to always stay awake and in movement”. 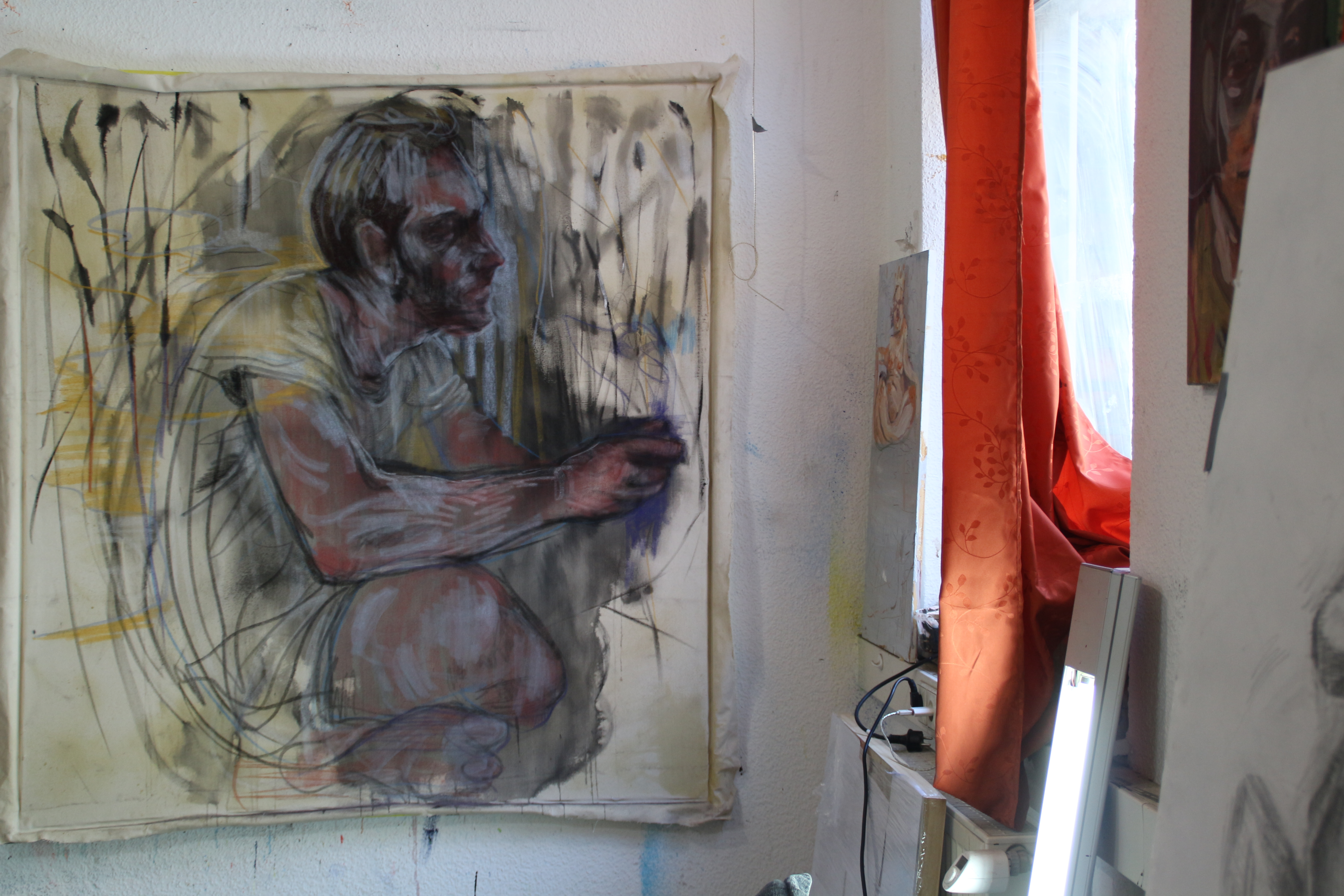 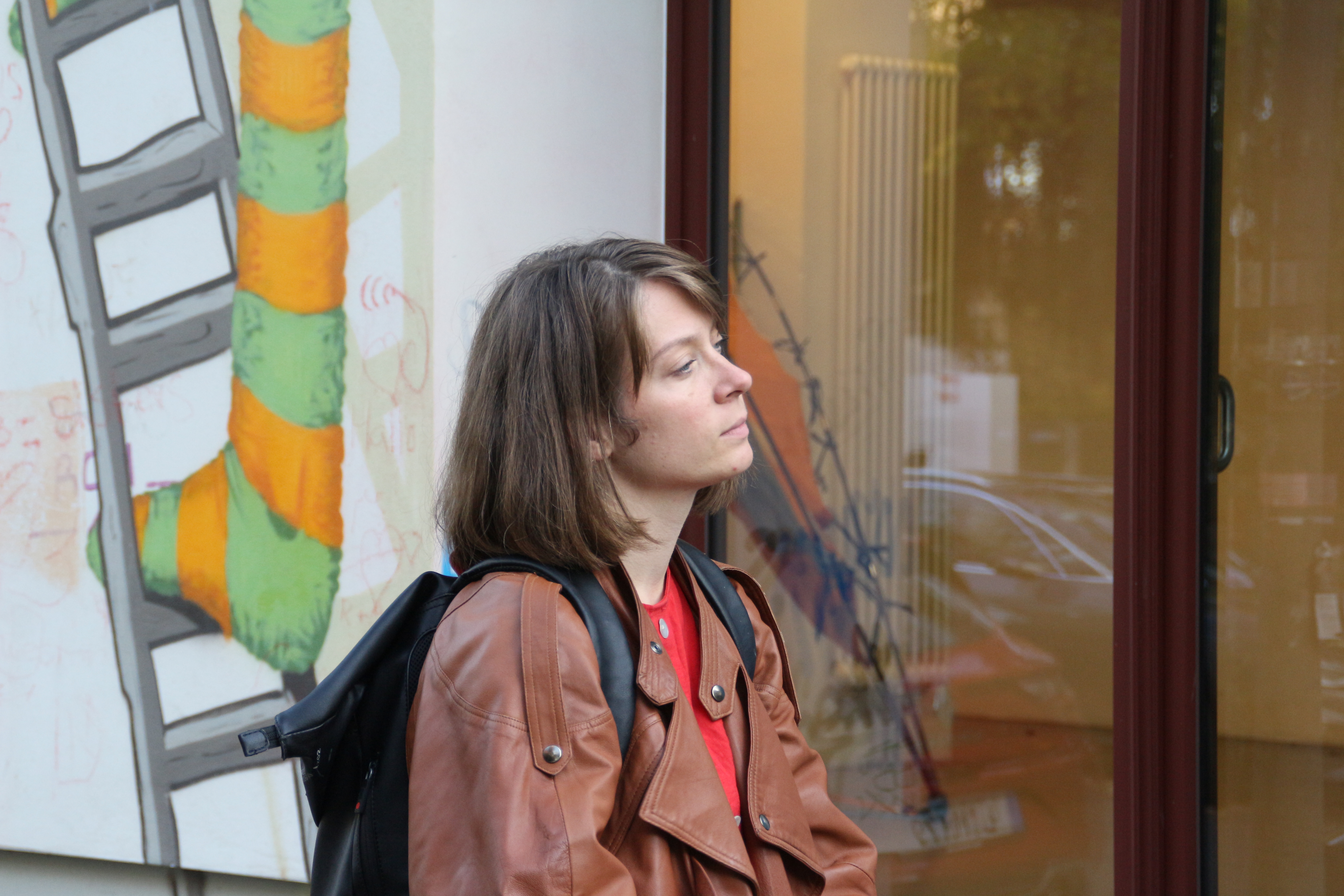 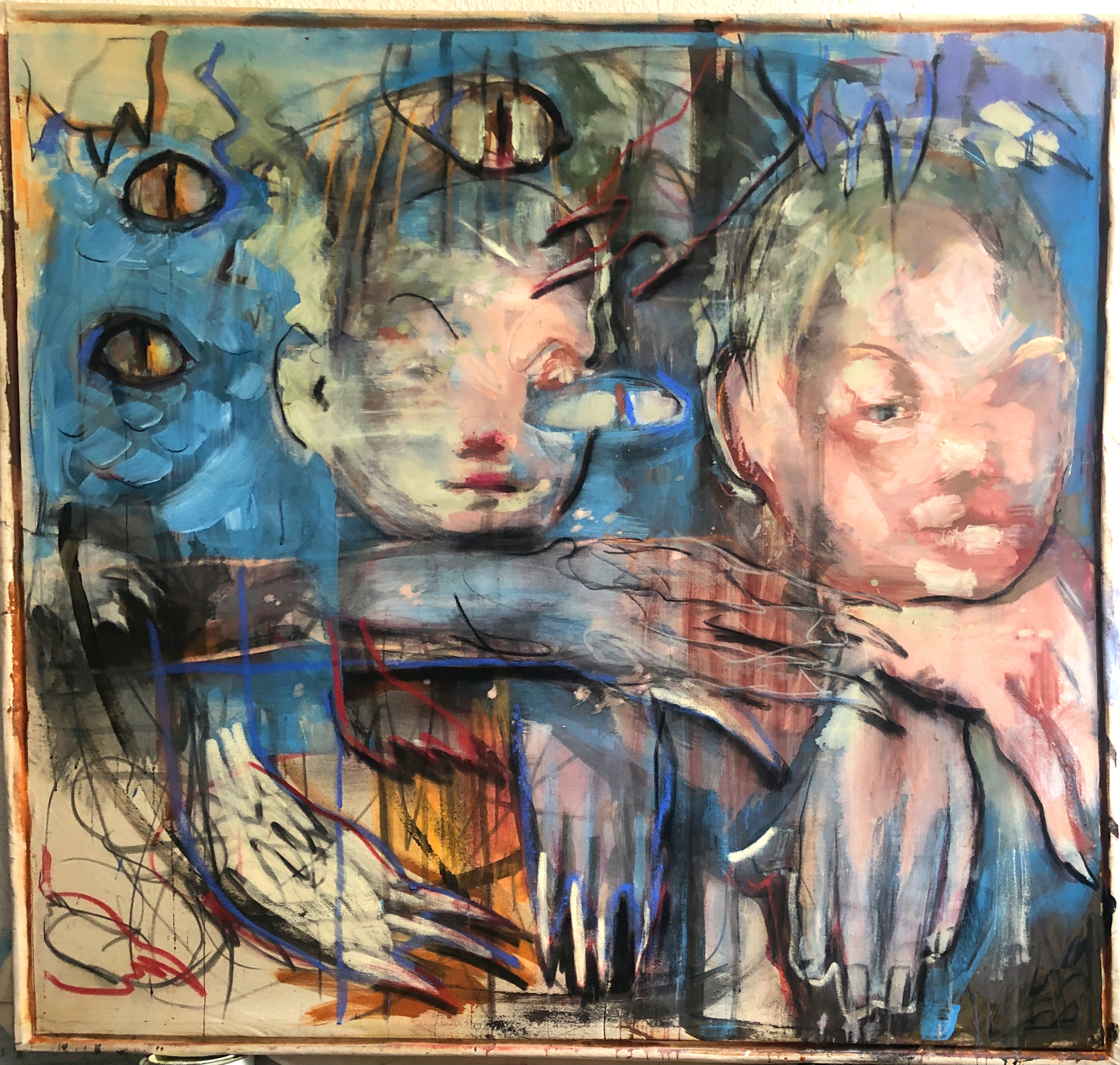 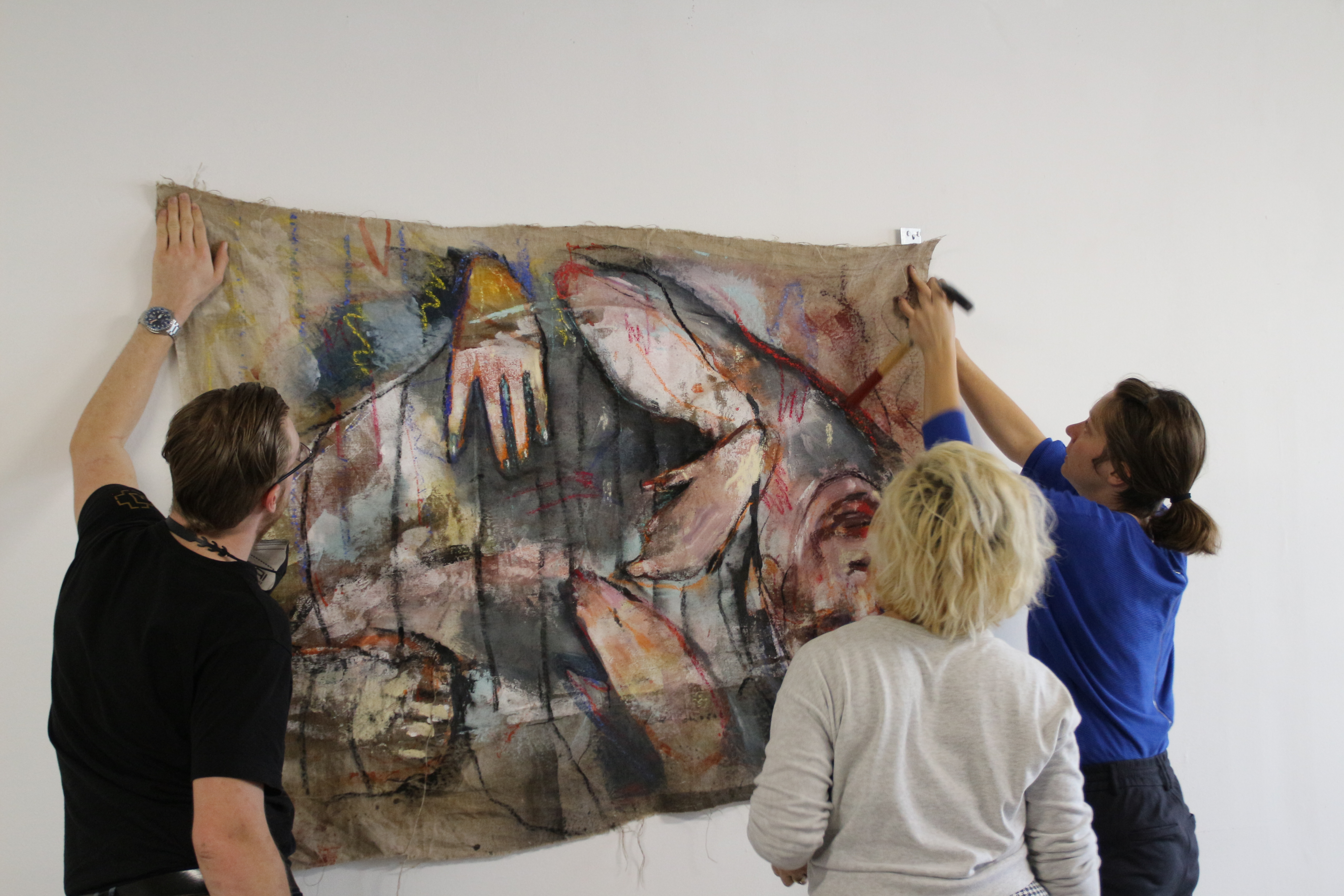 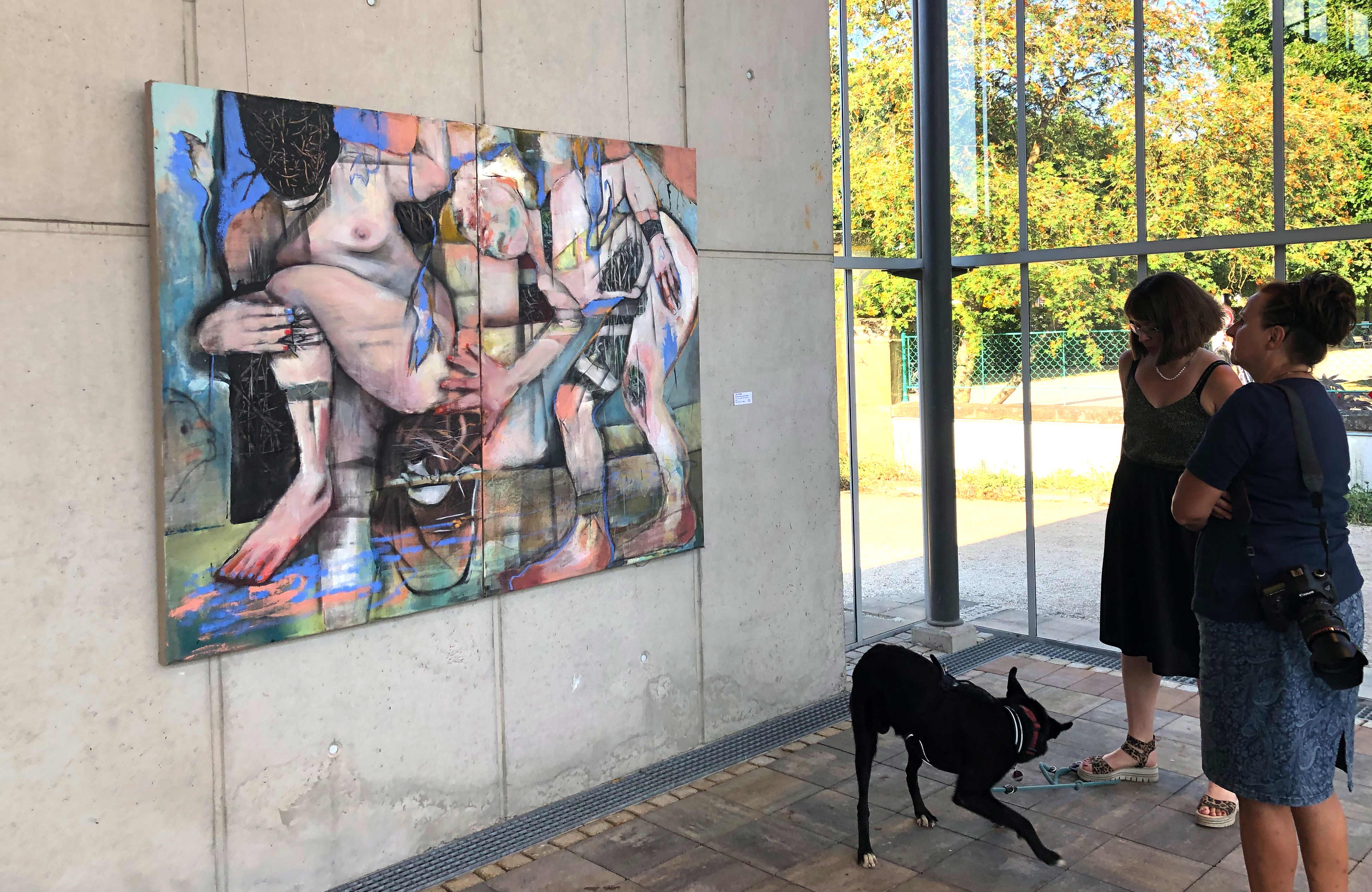 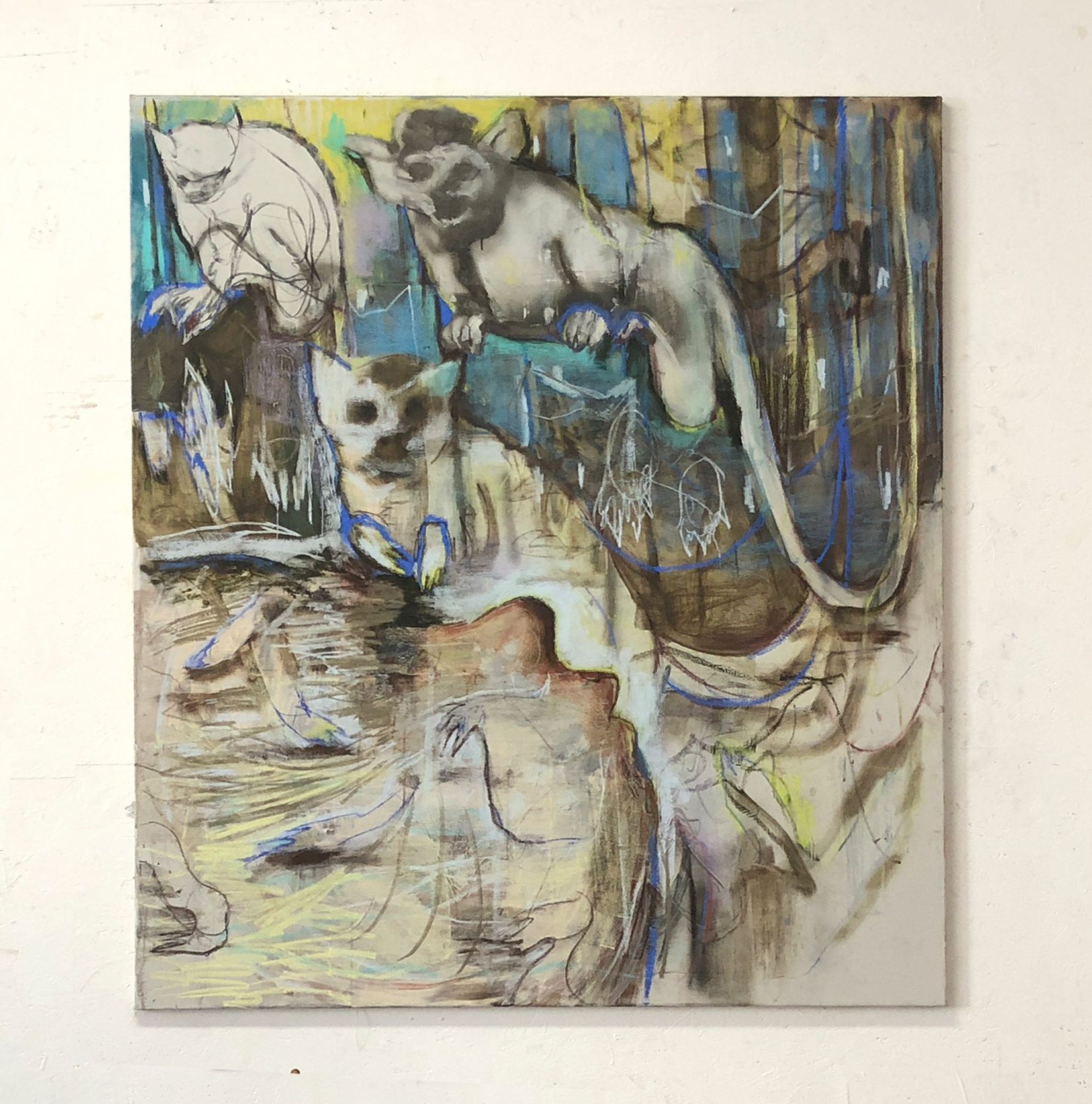 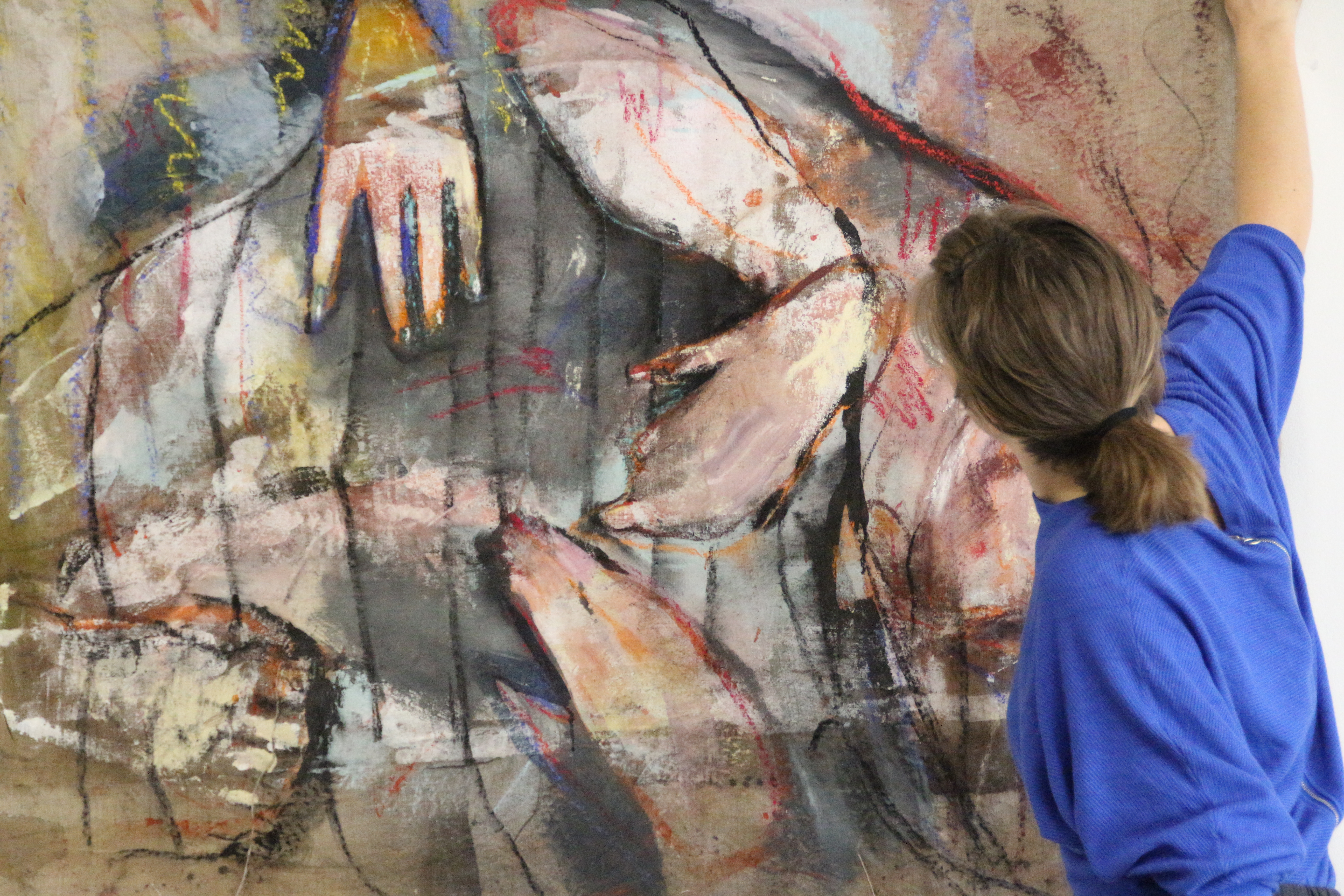 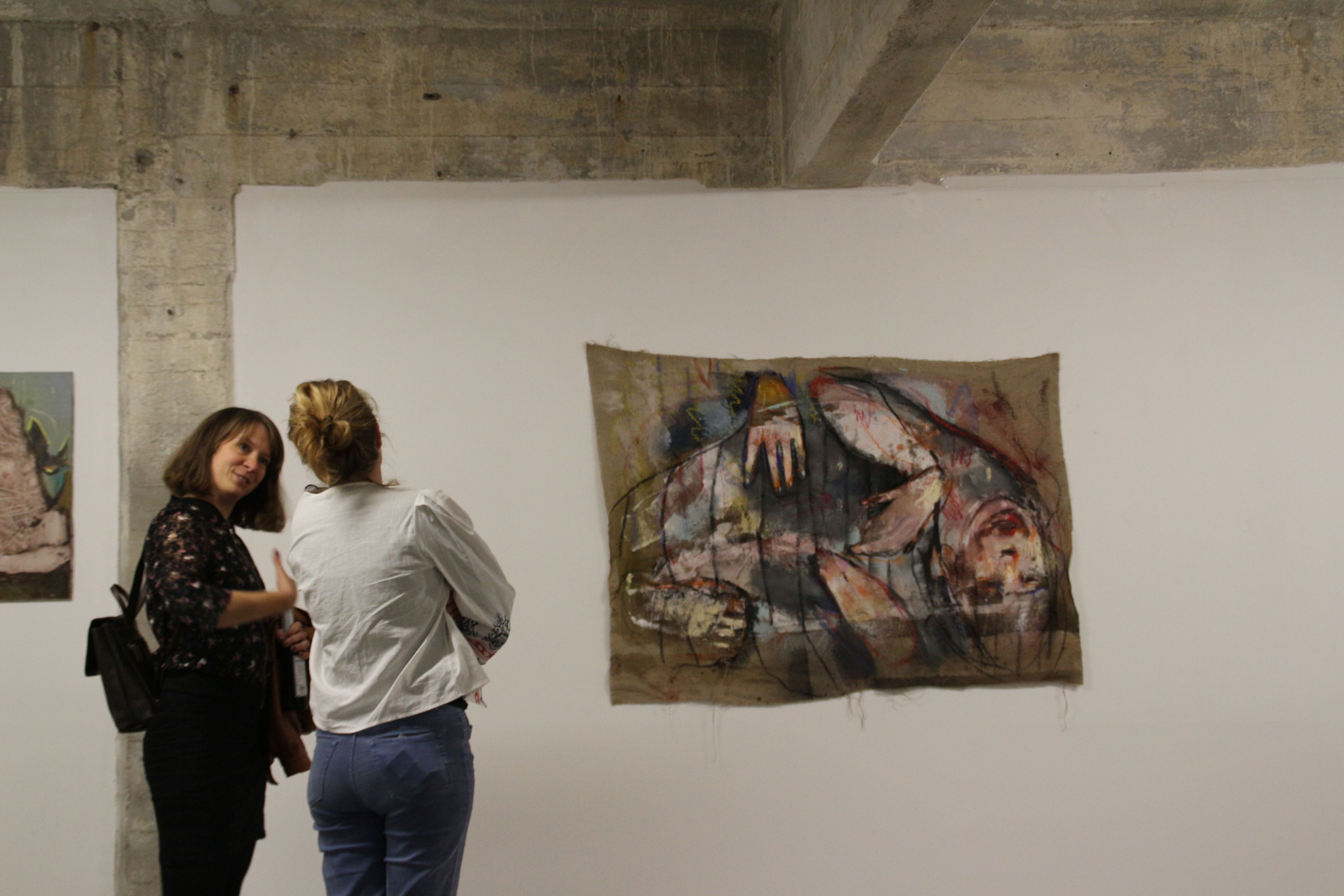 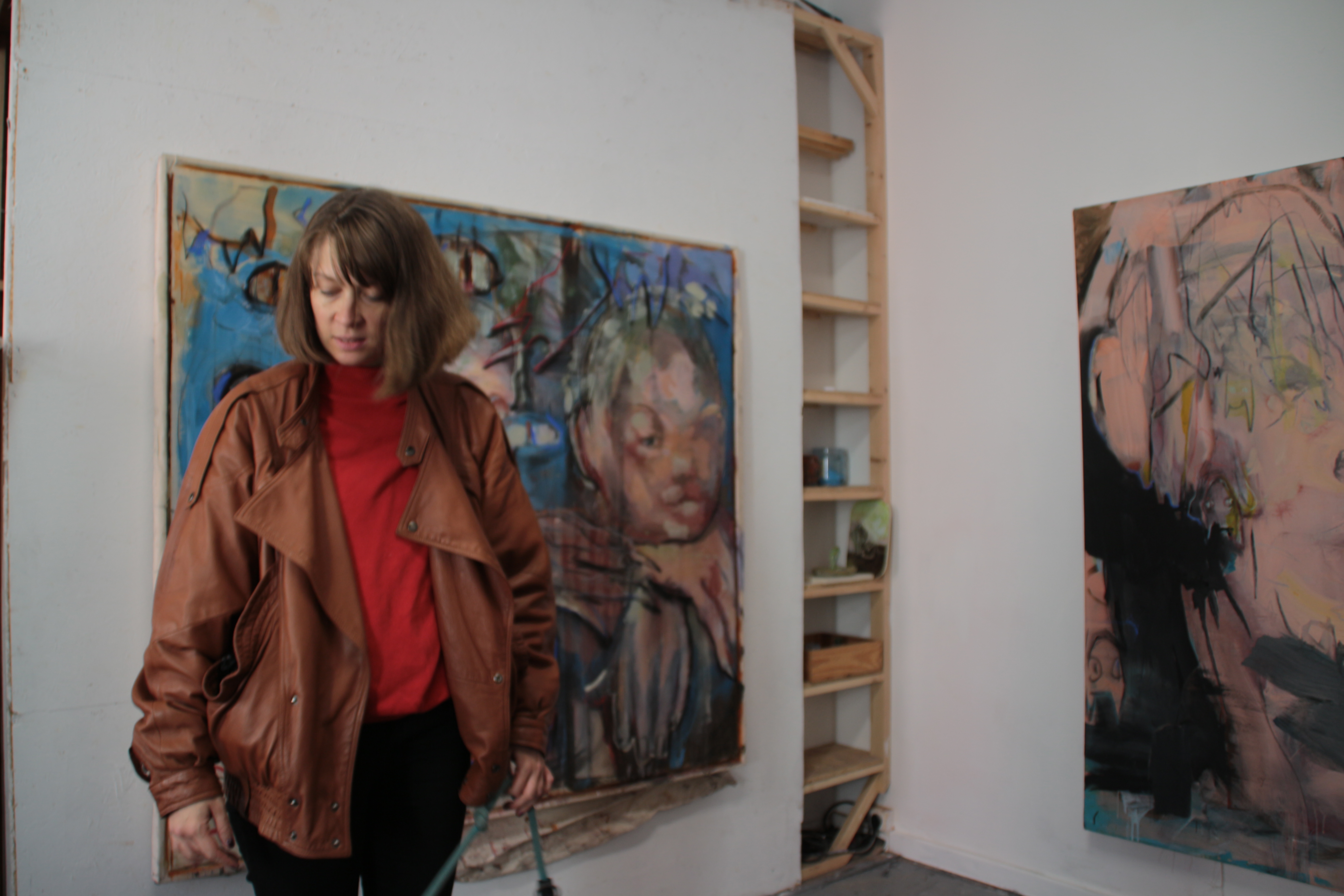 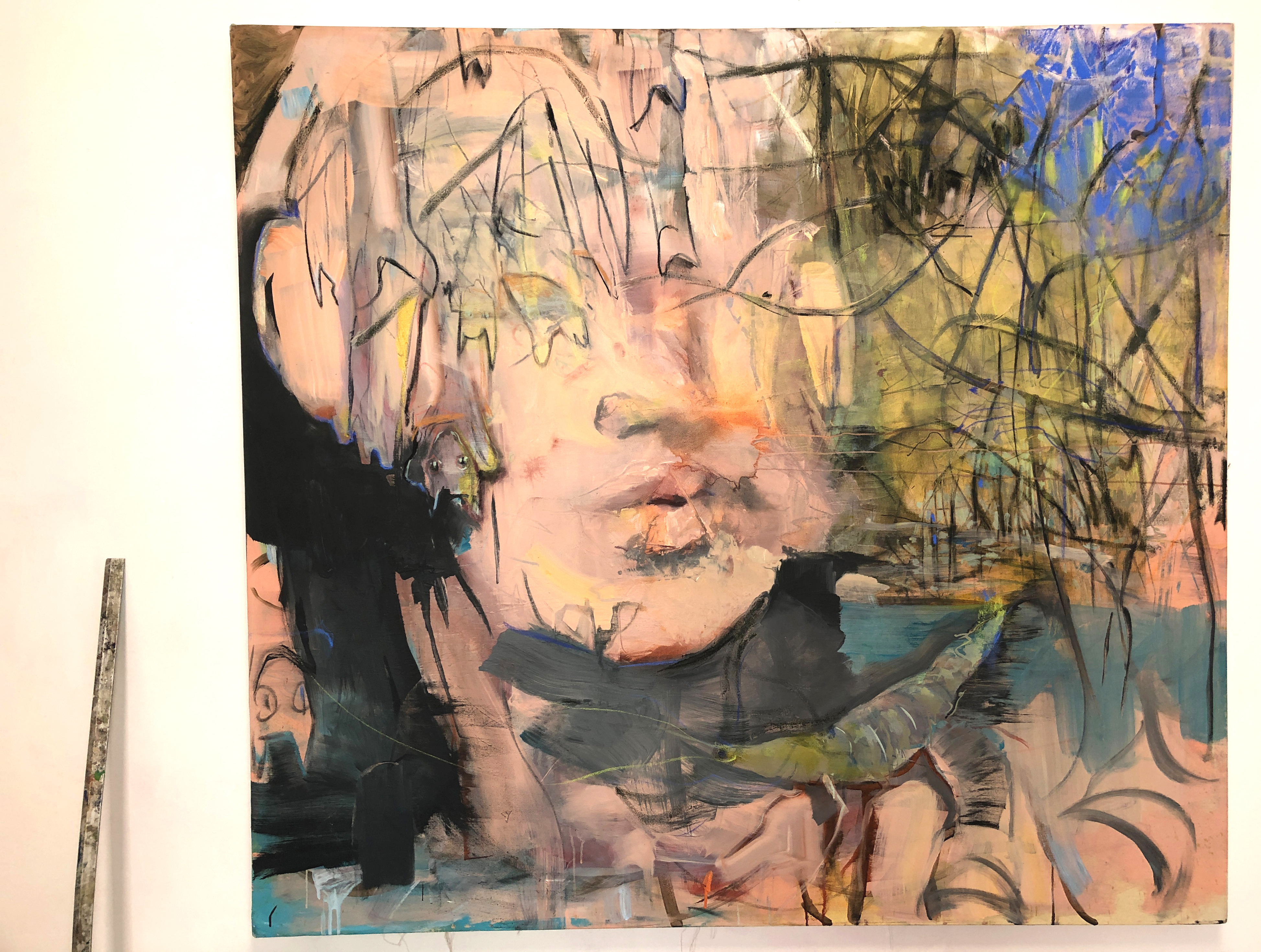 [Show thumbnails]
Fascinated by the traces of simultaneity, Lisa’s process is a restless observation of the collective and the personal. The entirety and the margins. Her perception feeds from an exchange of sensibility and intuition, often letting the latter determine the outcome of her pieces.

From entirety to the margins

Lisa grasps on the inputs that “enhance her senses”. The stimuli that trigger a fervent curiosity or a sudden sense of uncertainty are those that flourish a creative dialogue between her and the canvas. It’s an organic process, she says, that “has to be watched consciously, as one can very easily get emotionally lost in the painting”. To notice and be mindful of the details the senses can provide can be a “strenuous process”. Yet Lisa manages to skillfully translate them into tangible and textured pieces that speak for themselves. Lisa opts for rough materials that give each piece their own body, and bestows them their own entity. “That materiality”, she says, “binds them to the world”.

Evading discourses that pertain to single subject matters, Lisa intends her works to suggest a breadth of topics that rise to the surface through the interaction with the watcher. It’s a surprising exchange between the piece and the eye that requires no guidance. “The pieces don’t need me to define them”, they’re already suggestive in themselves.