Alexis Gros-Louis’ practice assembles its structure through a process of filing. He searches digital databases, wooden museum cabinets and the earth’s soil in order to assess how histories metamorphose as they travel through to the present. As a member of the Huron-Wendat Nation, Alexis’ recent work examines how Wendat culture can become buried by the inconsistencies of institutional records. Through his practice, he seeks to create alternative modes of preservation that may offer a route to cultural sovereignty and help reverse ‘colonial erasures.’

Alexis’ work centers itself in discussions of institutional critique. Whilst at NSCAD University, much of his work confronted the system of education; his outcomes often revealing the frailness of reason that institutional bodies ground themselves upon. More recently, these critical conversations have informed his enquiry into Wendat identity and cultural narrative.

Alexis’ research sits within an uncomfortable dichotomy, upholding close interactions with institutions that sustain distanced tethers to the Huron-Wendat history. This, paired with gaps within his own familial knowledge, pressures Alexis to approach external bodies in order to gain access to his culture.

His research explores the pedagogical validity of institutional sites, considering how their presentation of history might engage with cycles of misappropriation and silencing. Acknowledging these distortions, Alexis becomes interested in how these sites loosen and mutate histories. He specifically examines how the Huron-Wendat Nation history has undergone erasures via its cultural circulation through medias, institutions, and the archaeological process.

Much of Alexis’ practice studies vocabularies held within the museum. Lately, he has become interested in how modes of museum categorisation contribute to erasure. He interacts with data-base lingo such as ‘HD.15925’ – a label attached onto a Wendat cultural object in the museum. Just before arriving at PILOTENKUECHE, Alexis visited places such as the Royal Ontario Museum and the McCord Museum in Canada to explore their archives of Wendat objects. Currently, documentation of these visits remains as a set of images on his person. His phone now becomes the digital device through which he can remain in contact with these historical objects. 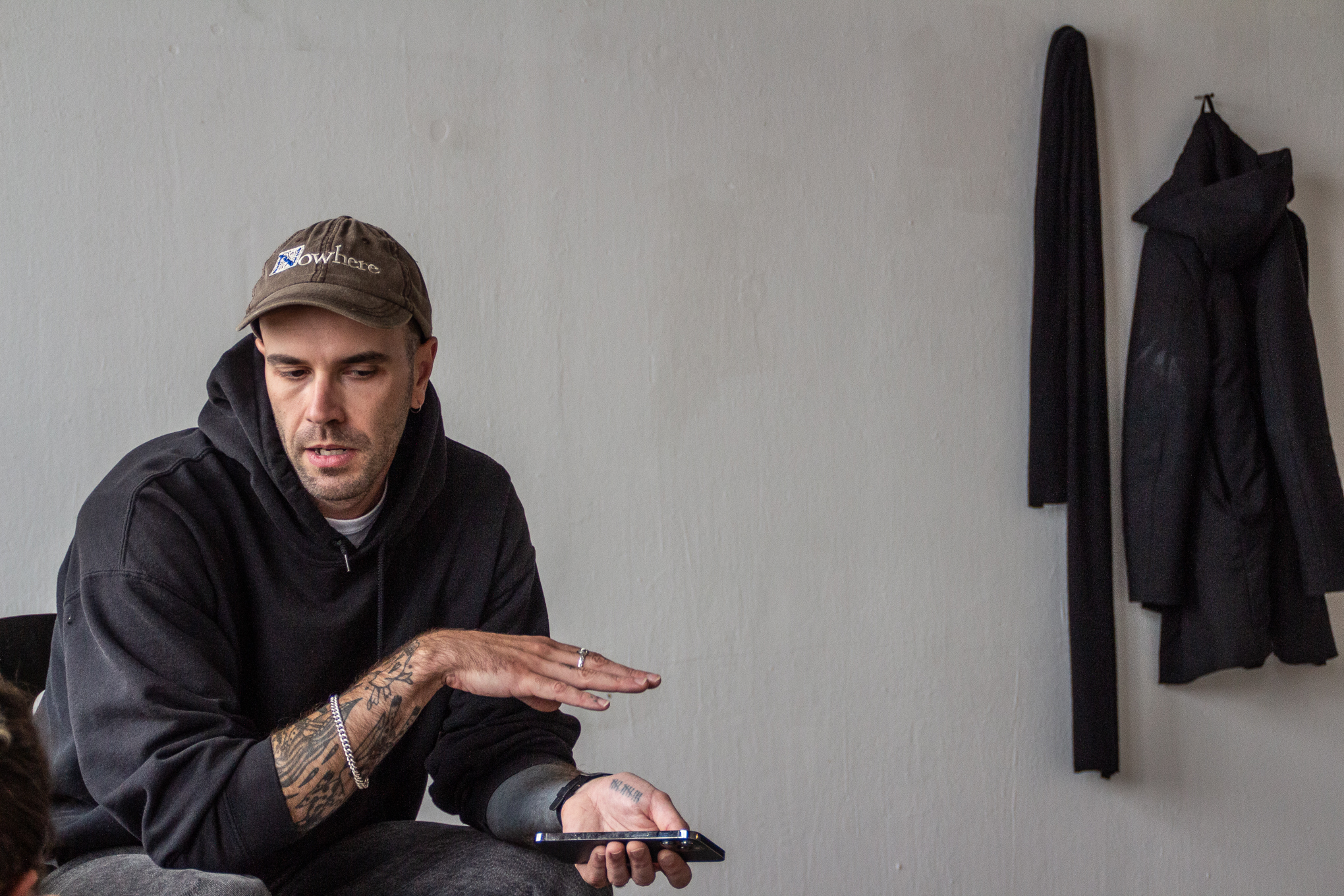 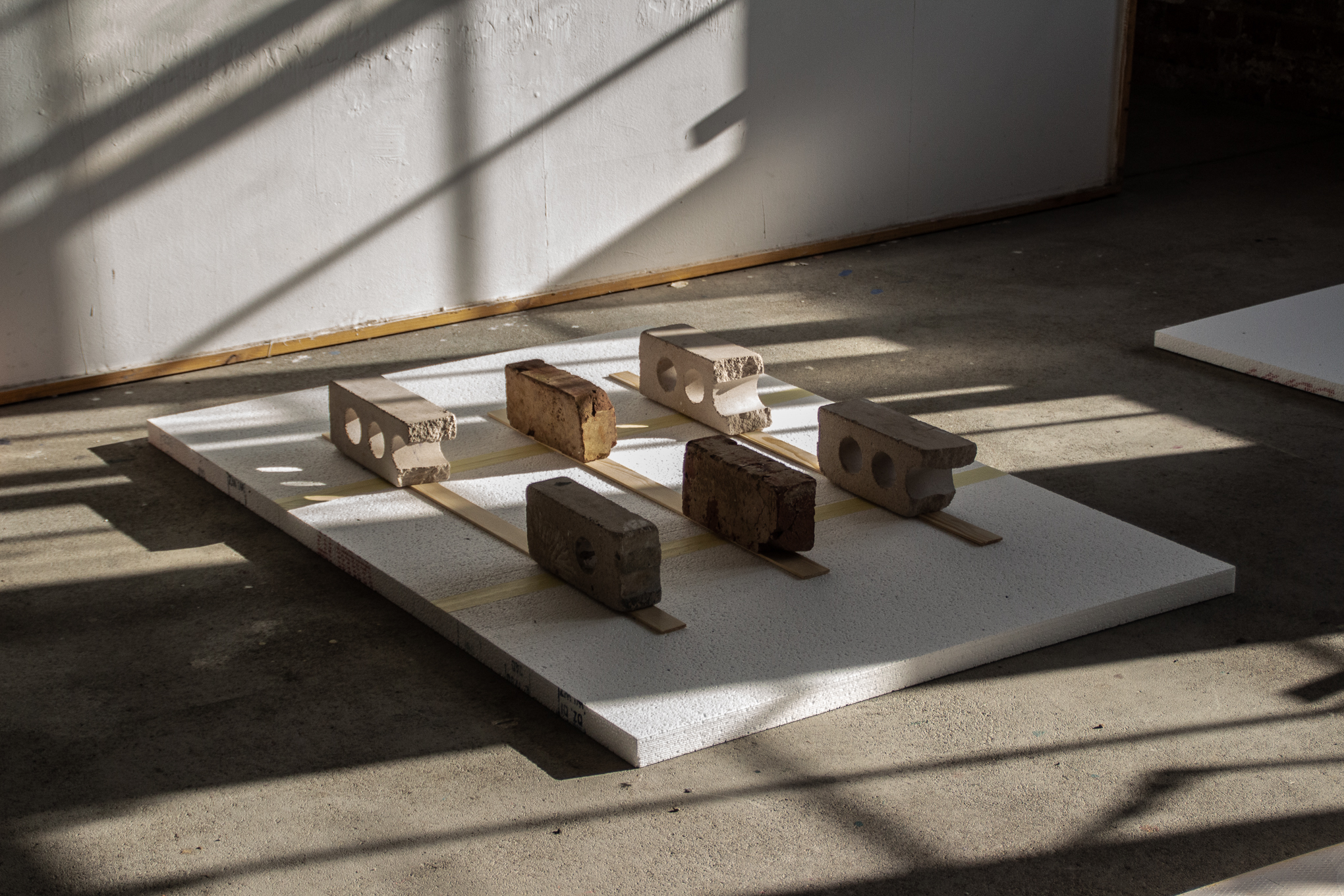 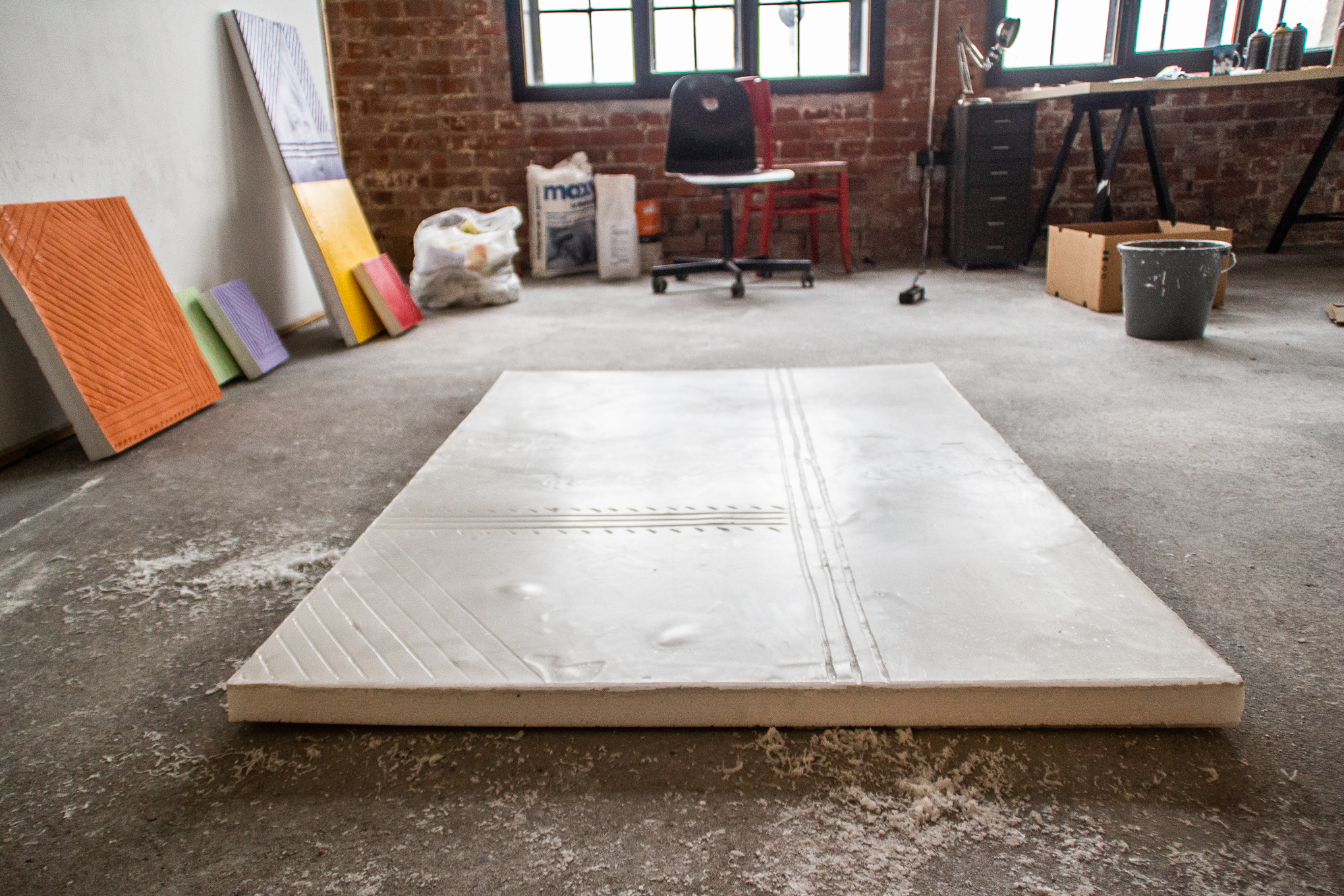 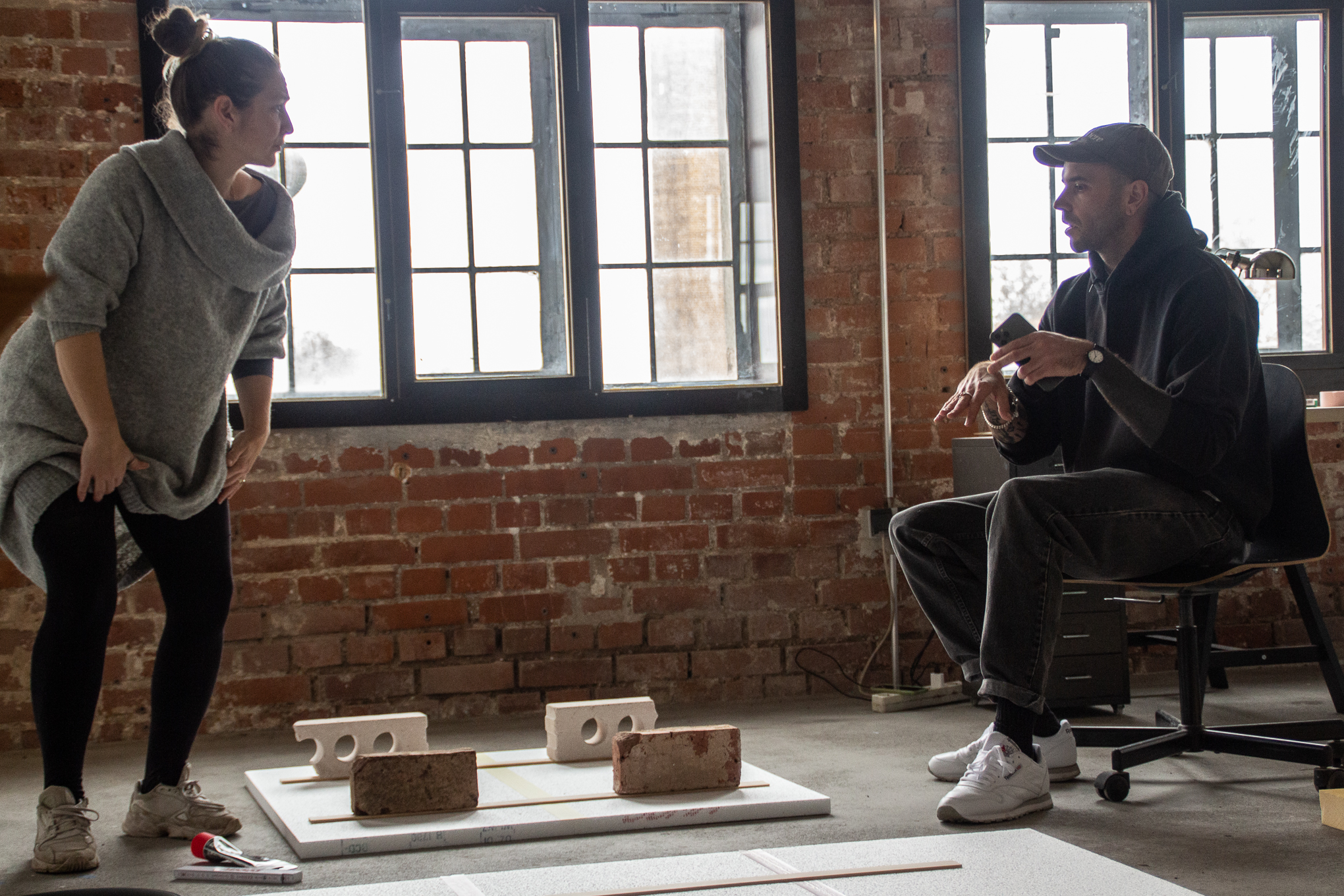 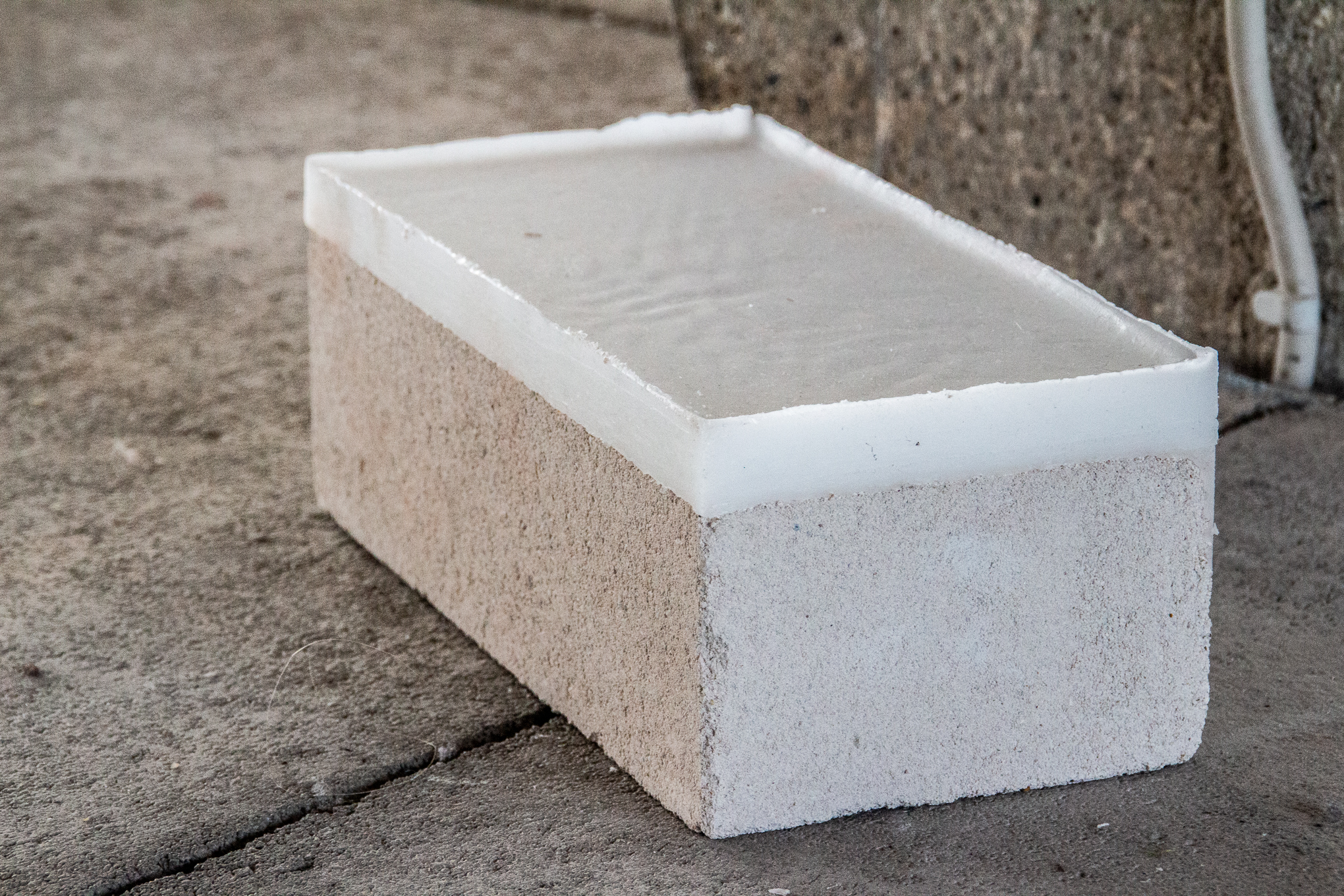 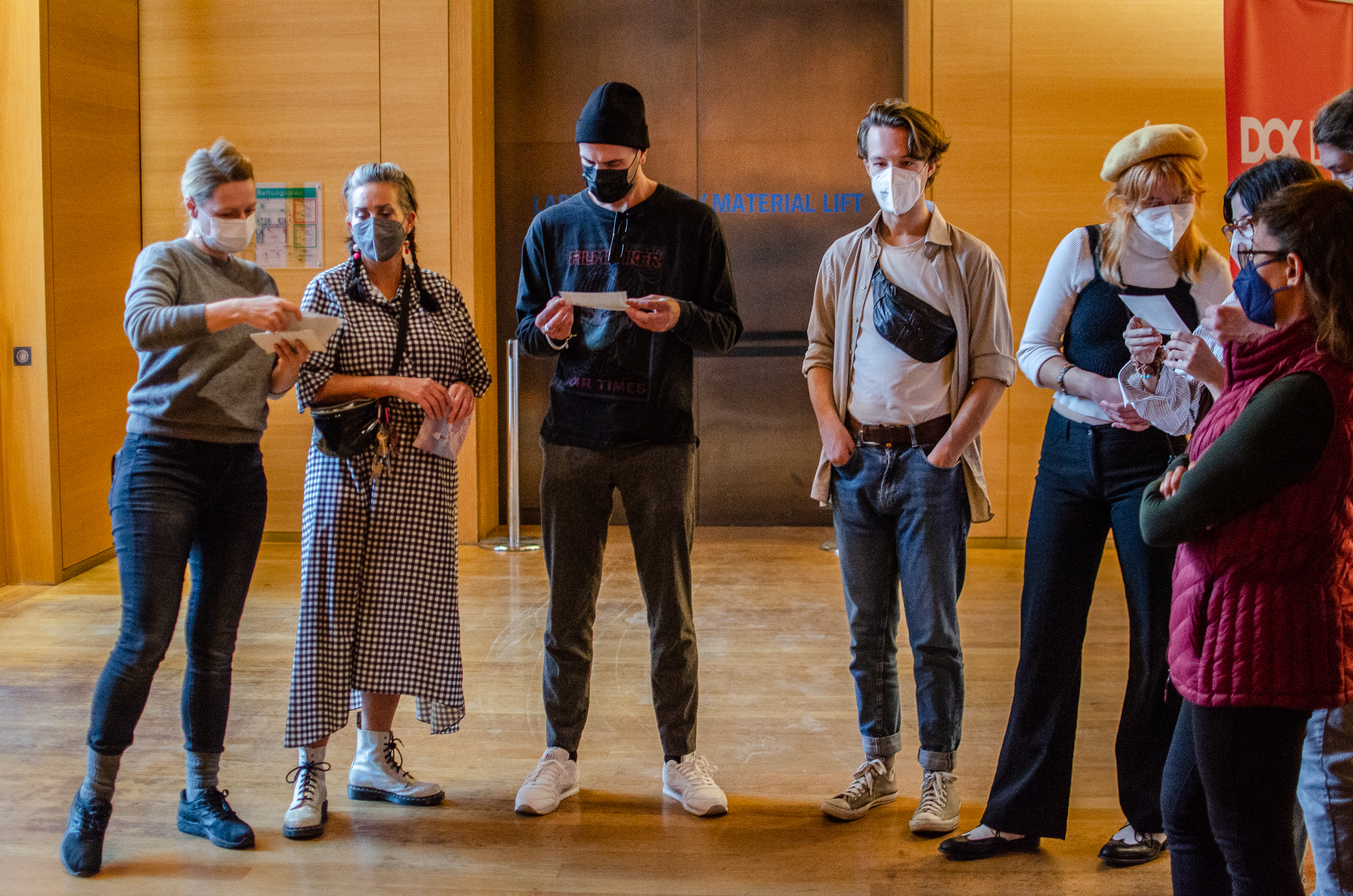 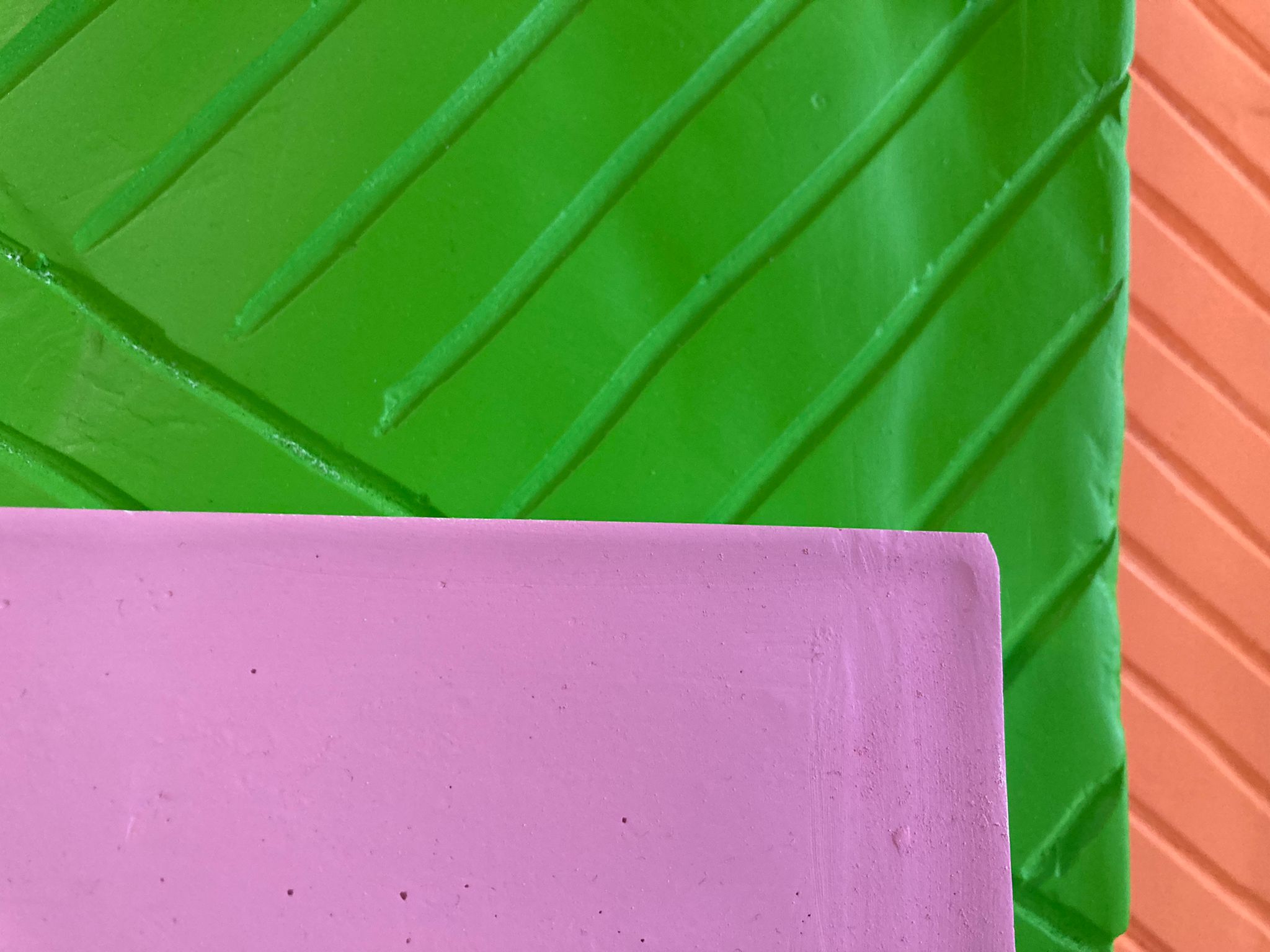 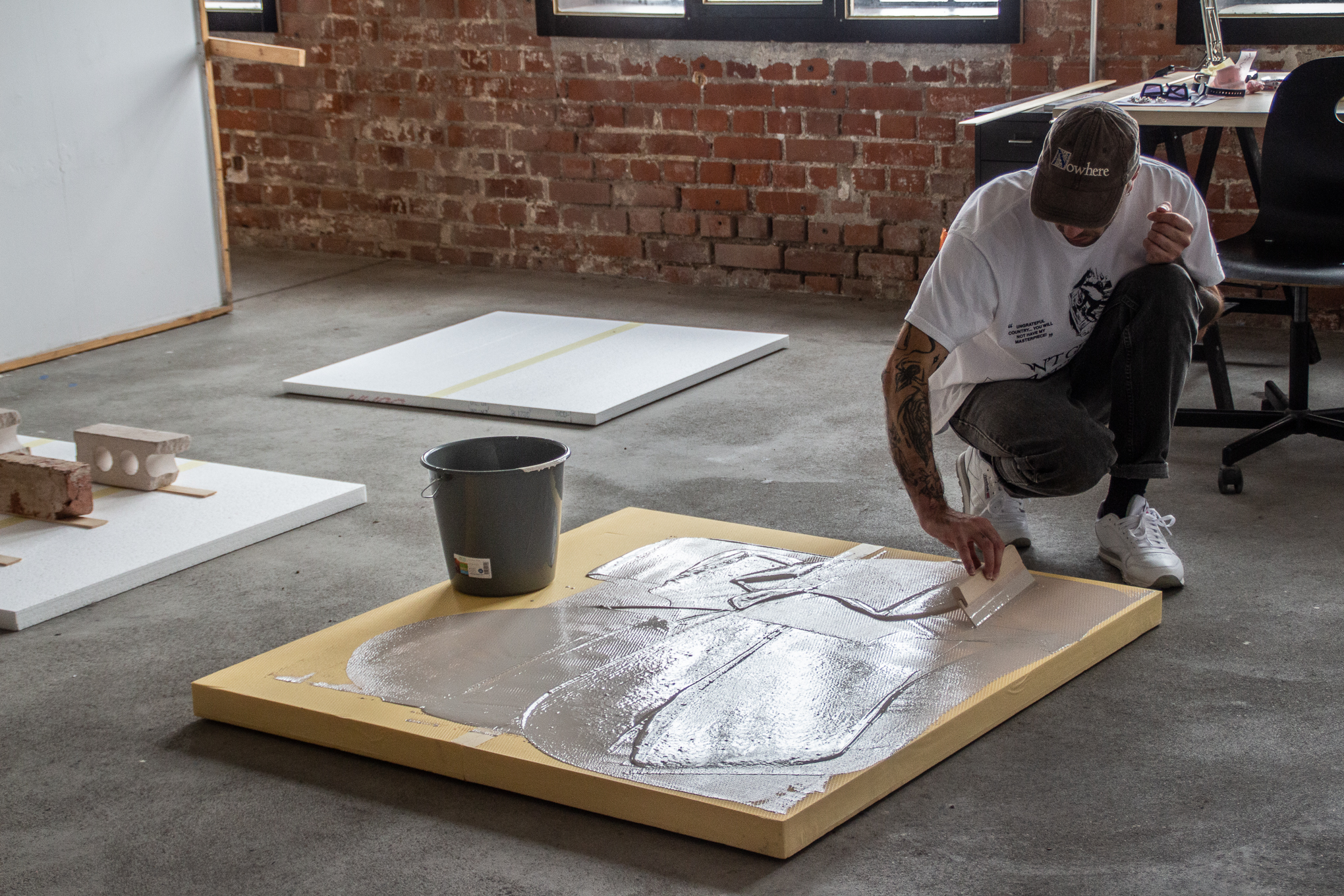 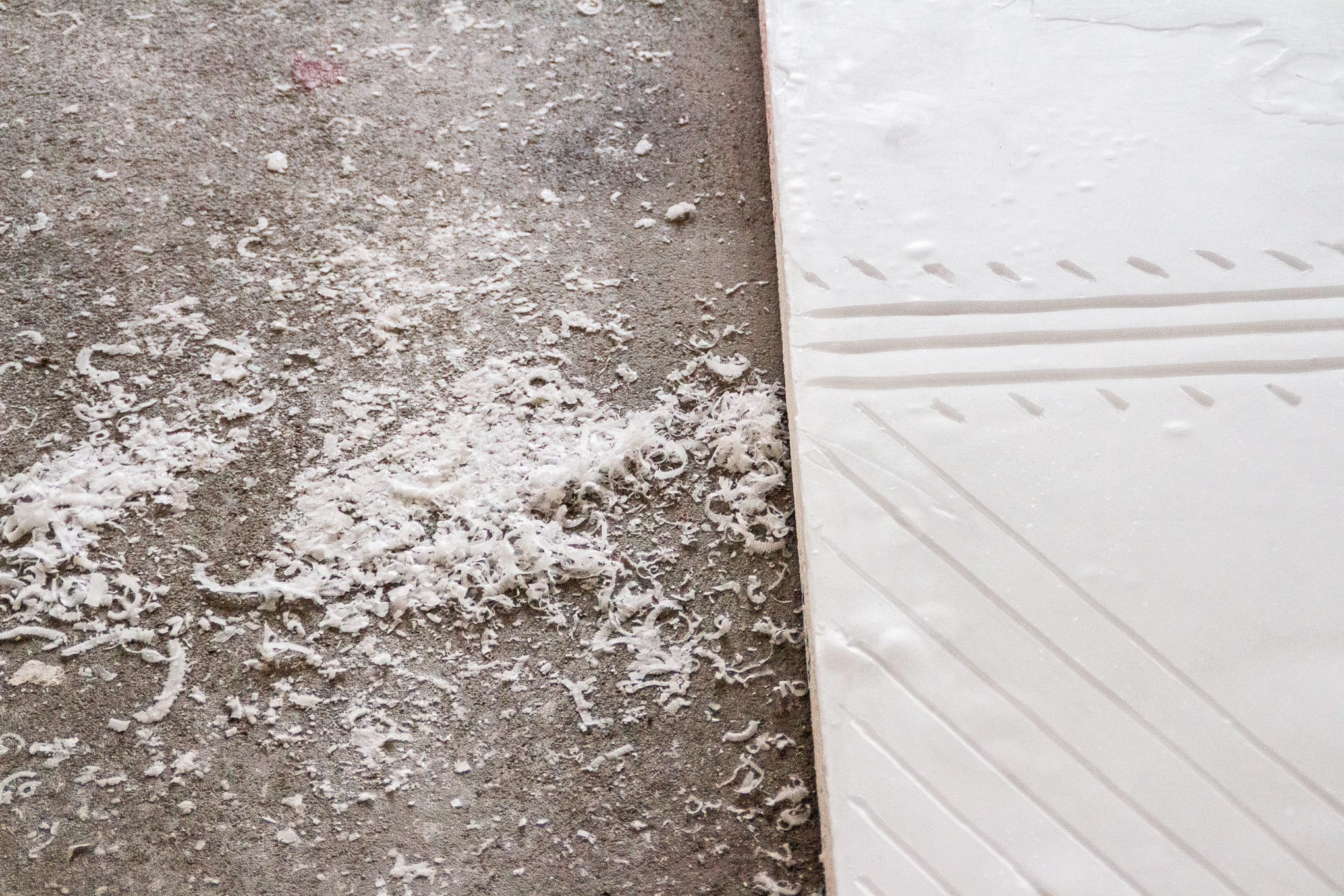 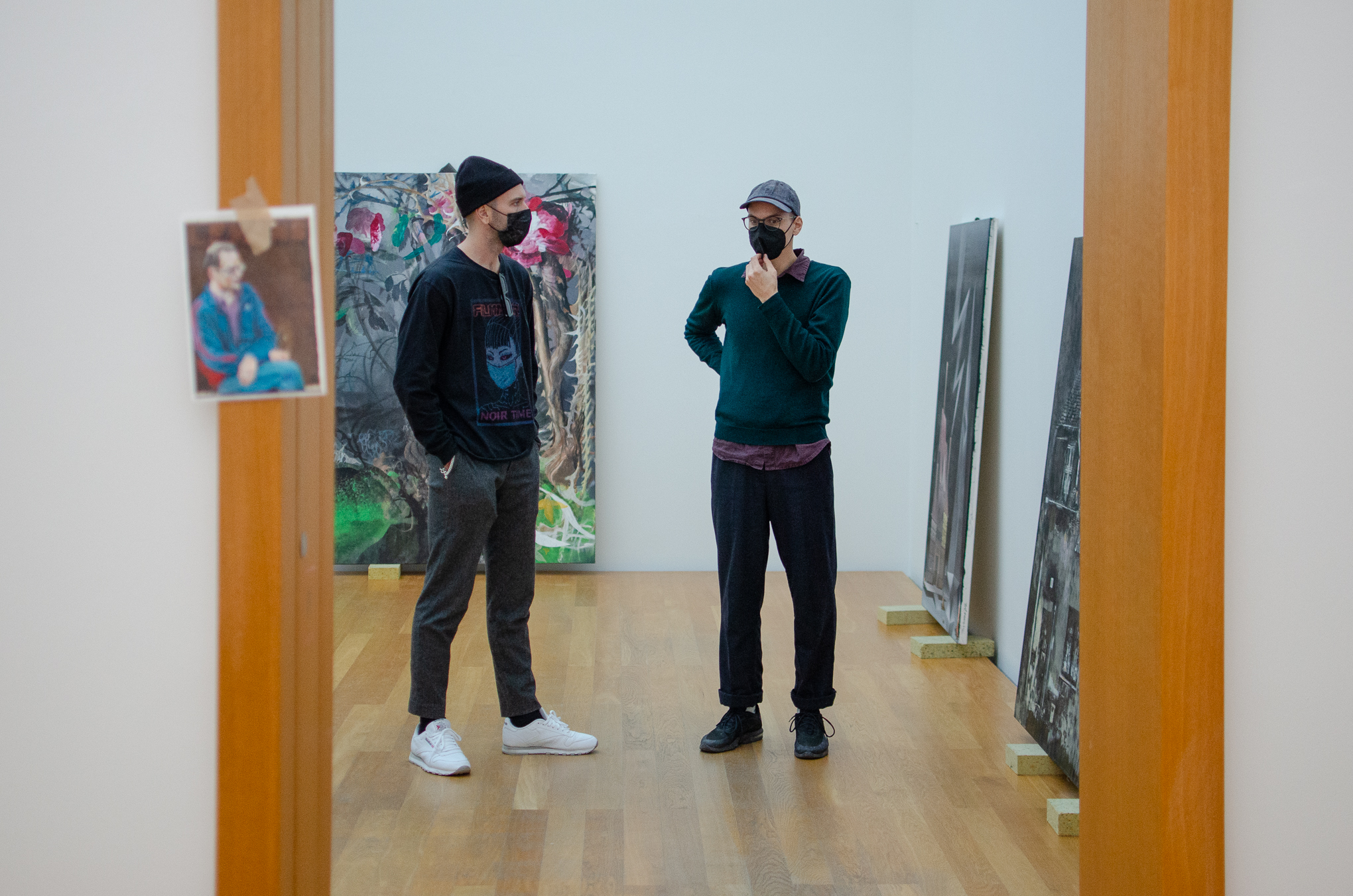 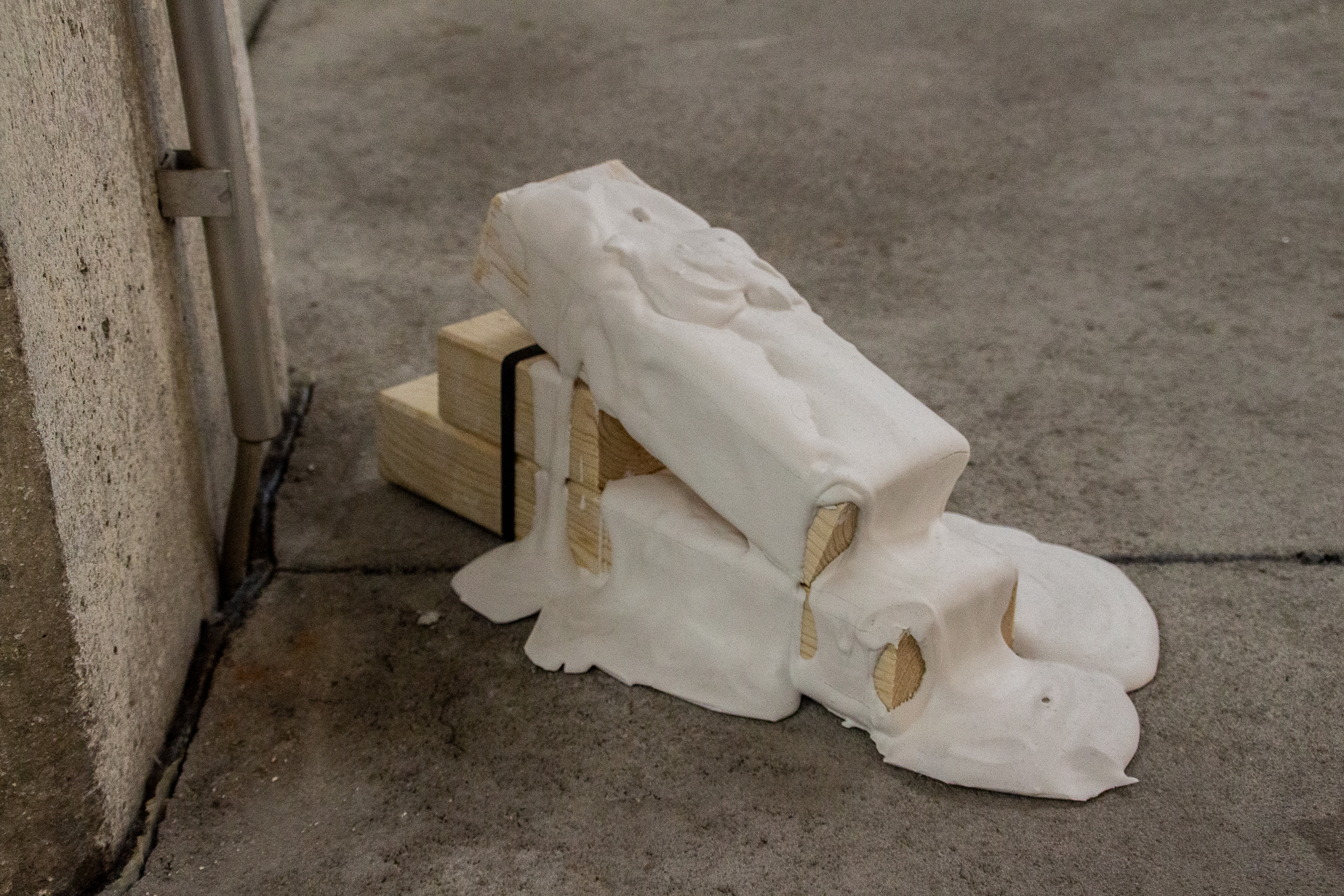 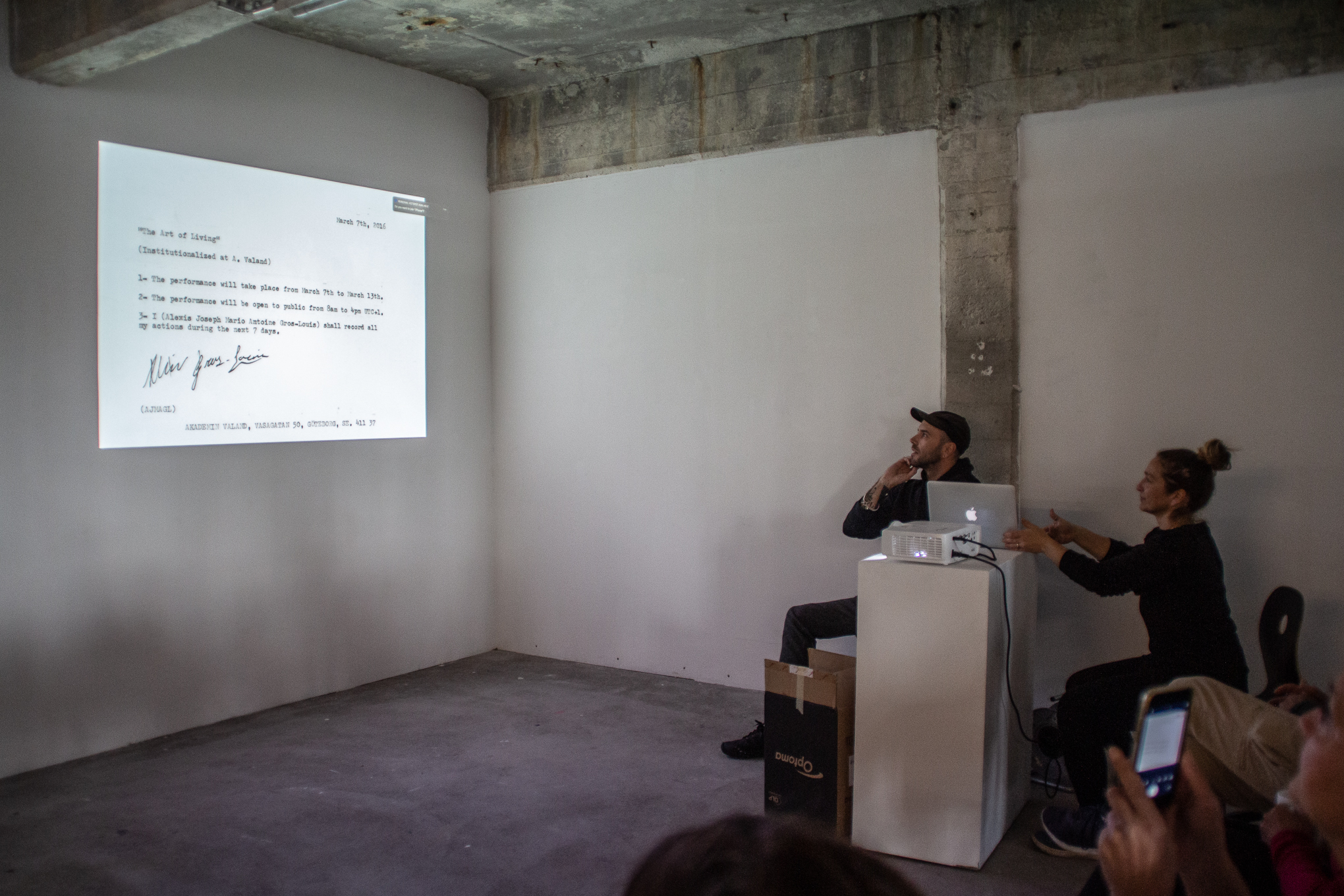 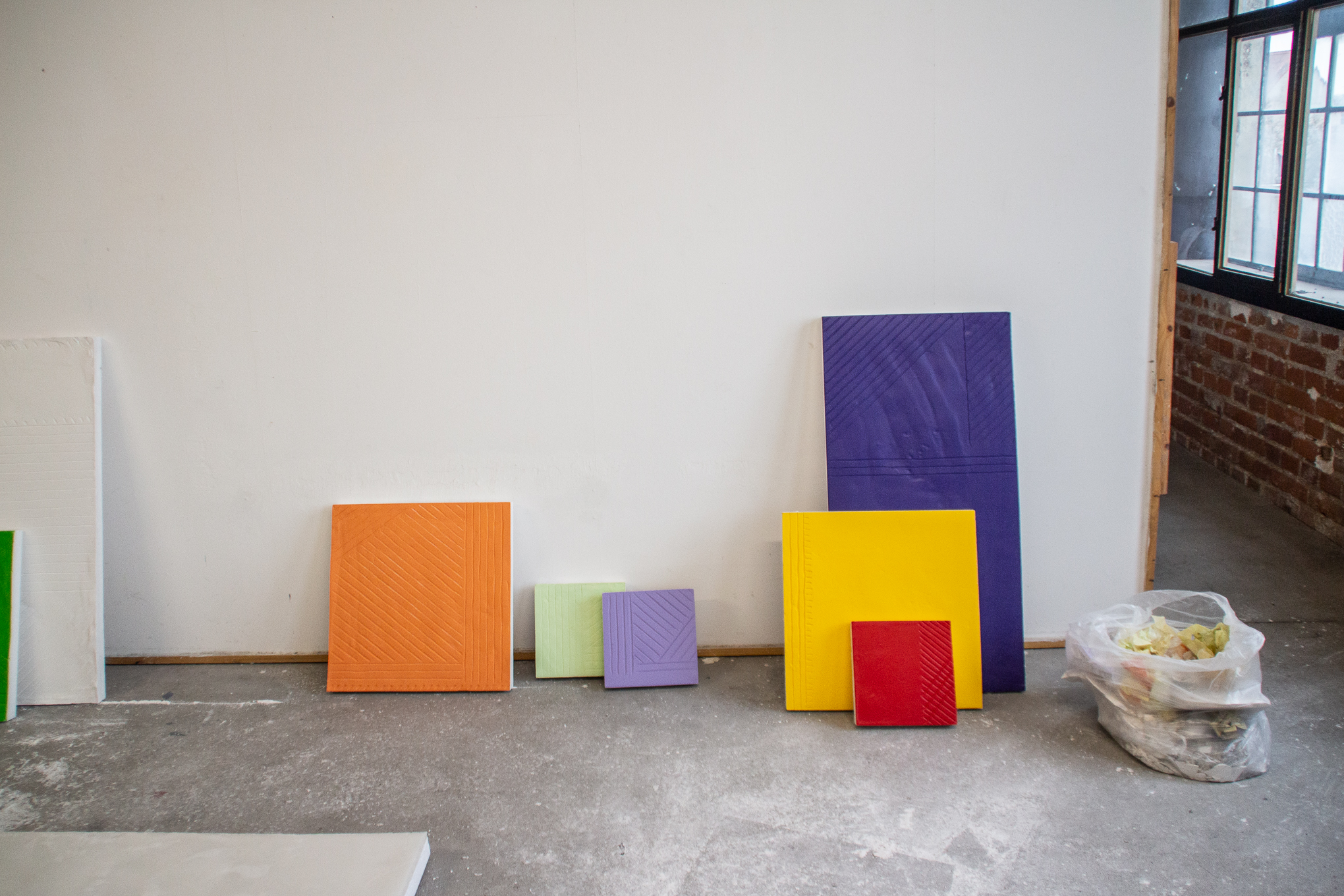 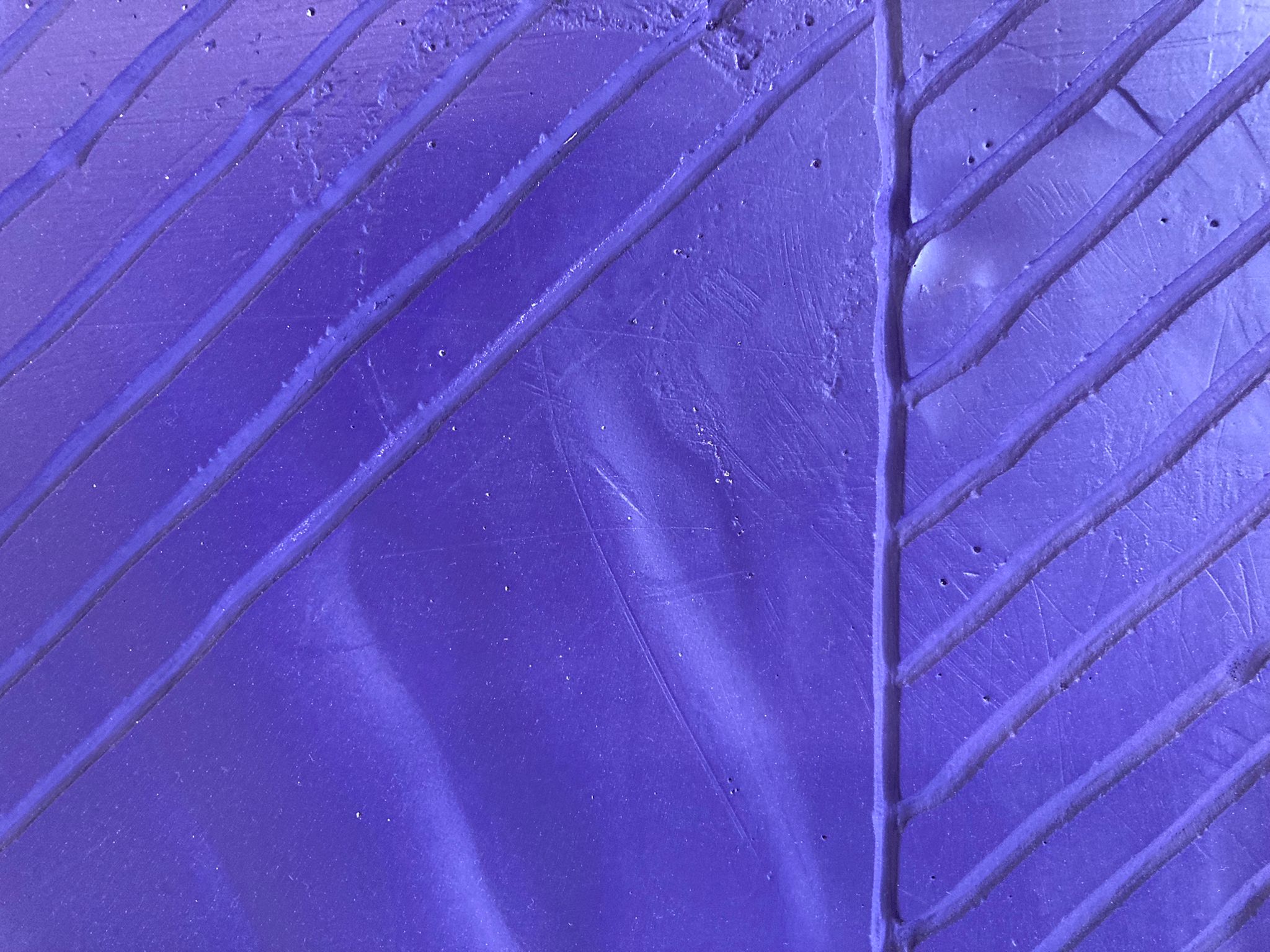 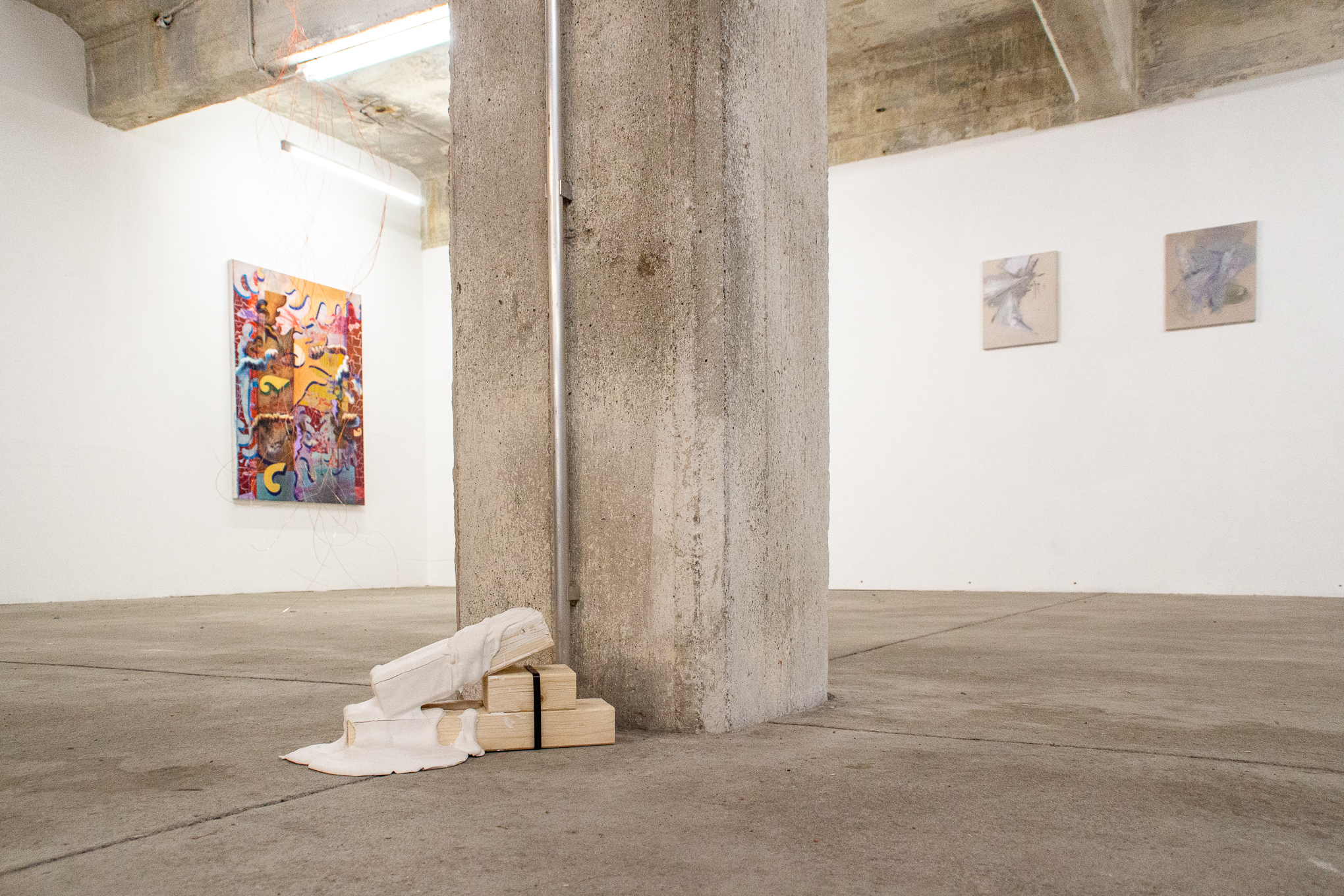 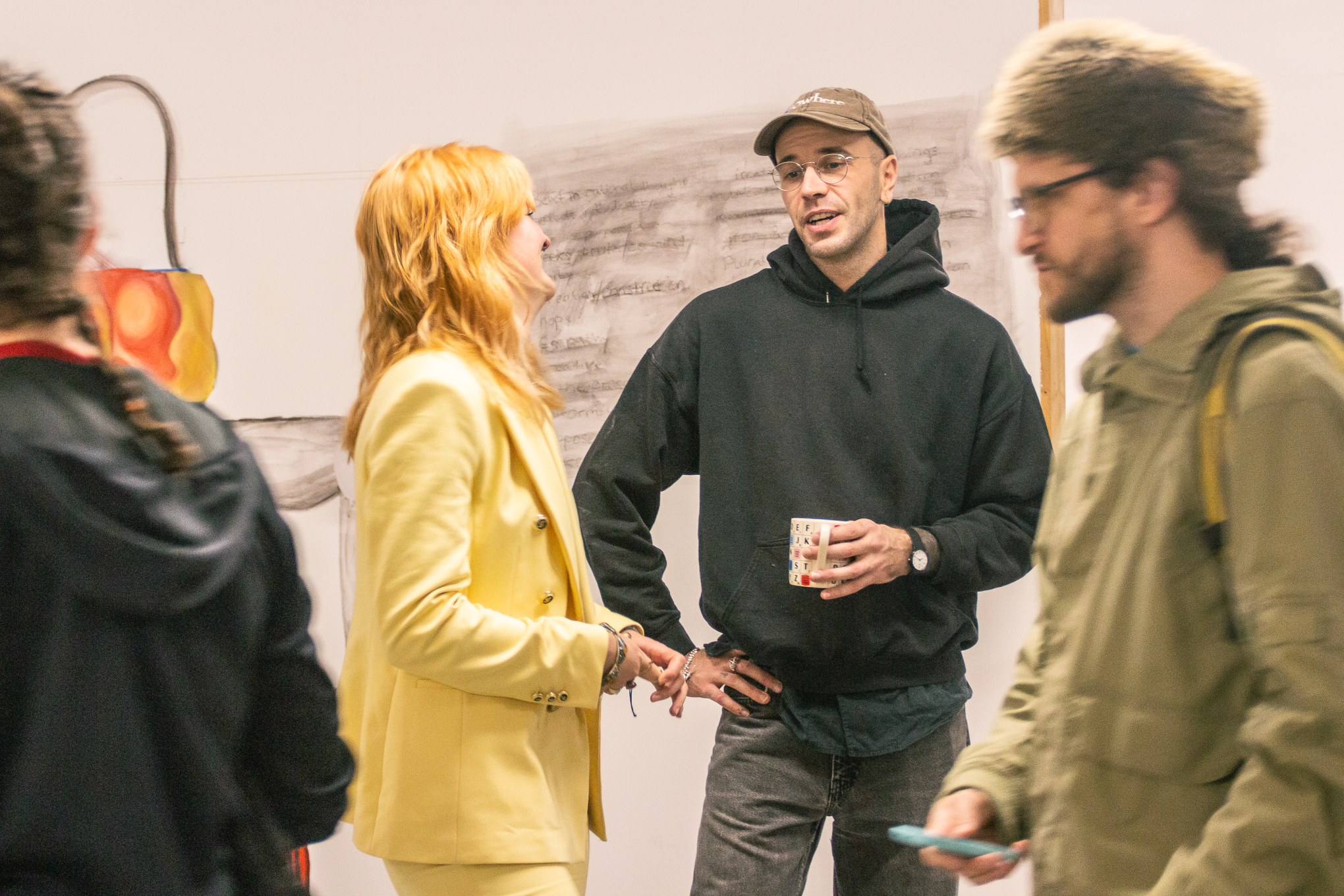 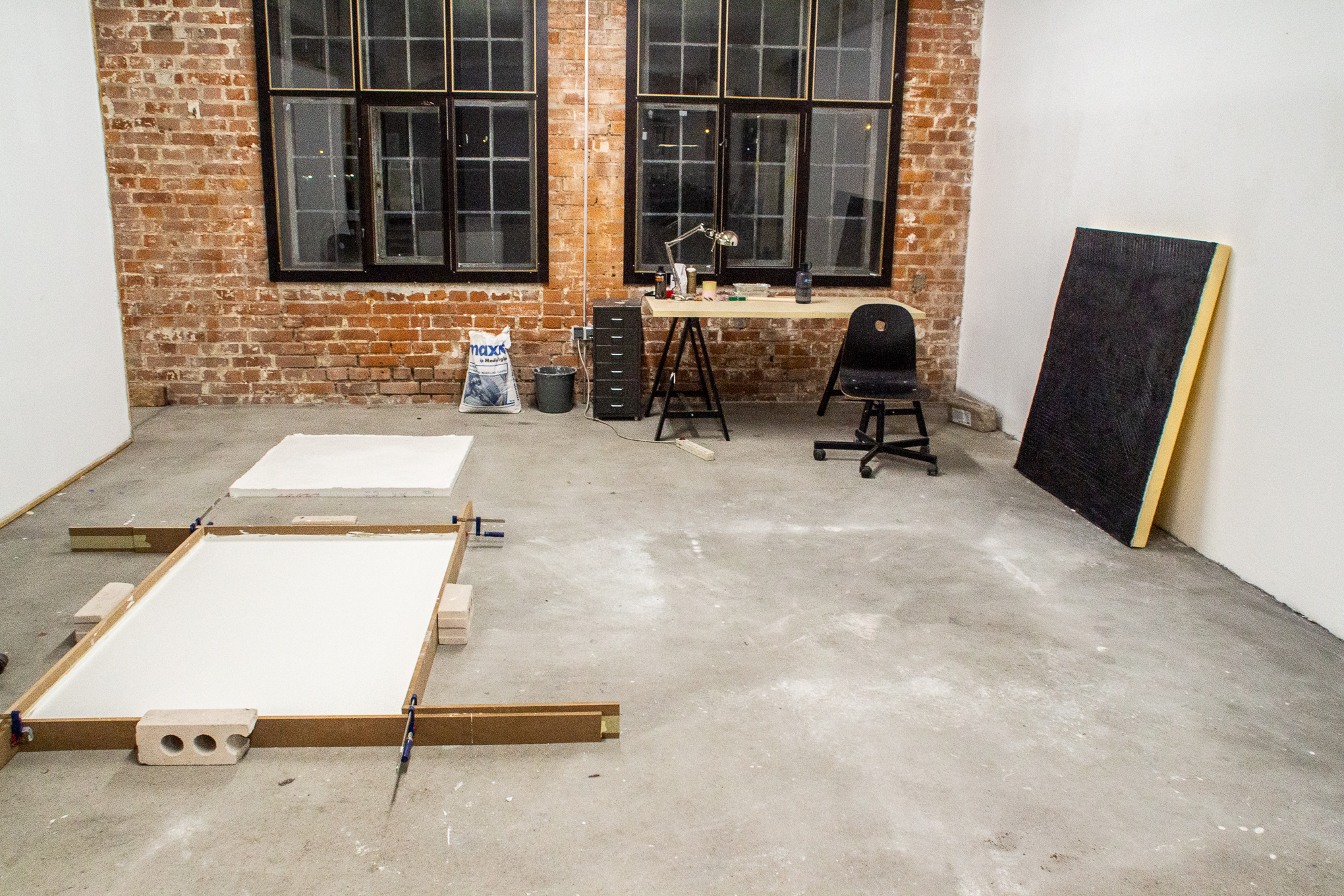 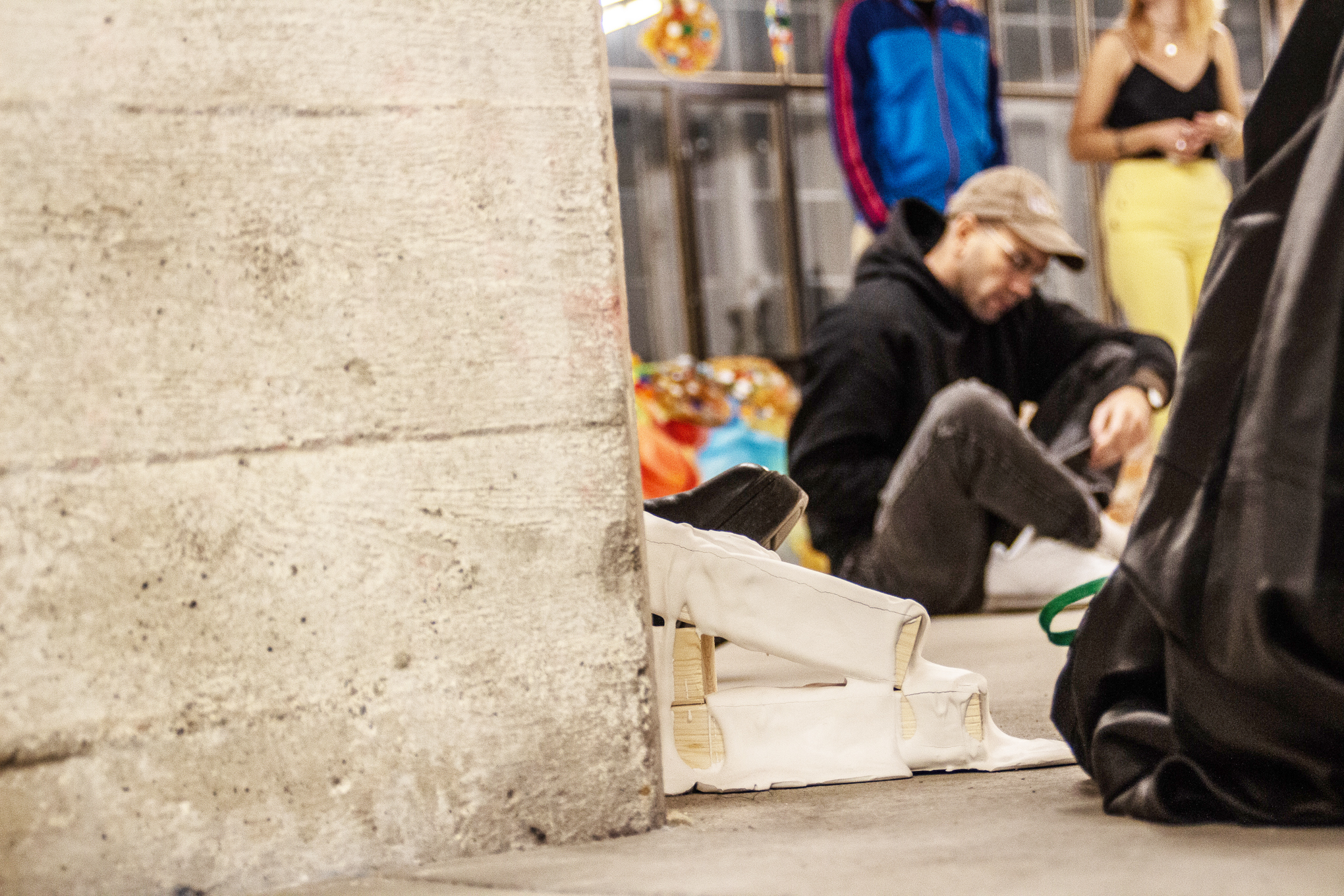 The images on his phone display how the museums have chosen to preserve these Wendat objects. Clay shard and remnants of material culture lie neatly positioned in obscurely categorised, square wooden drawers. These objects are unable to be stumbled upon, instead, accessible only through written motivation addressed to the museum.

Alexis notes that the material that he is attracted to, such as plaster and styrofoam, juggle characteristics of fragility and permanence. Styrofoam crumbles with a careless touch. On the other hand, the plastic particles remain on earth for intense timeframes. The materials that Alexis uses begin to share distant connections to the objects viewed within the museum, remaining as potentials even in their damaged, or incongruous states.

Alexis’ exploratory narratives at PILOTENKUECHE play with tensions of revealing and concealing within the gallery space. In WARM GESTALT, the first exhibition of the 49th round, Alexis’ modest plaster forms lay quietly on the floor, only just on view. The plaster forms seem to draw intention directly from their obscurity. Alexis’ work begins to question how we might achieve forms of re-integration through ambiguity. How might the historical object seek prominence directly from its incongruous state?

These questions continue to be explored in Alexis’ studio, where a large black plaster square sits propped up against his studio wall. On closer inspection, we find there are surface-level incisions on the expanse, influenced by traditional Wendat pottery patterns. The swirling motifs almost reflect the modular lines we might find on a topographical map. Perhaps, this work also plays with juxtapositions between directness and ambiguity. The square, as a universally recognised shape, contradicts its surface, which displays a hidden semiotics.

Alexis’ mode of working buries itself in processes of ‘cultural taxonomy’ as a mode of unearthing institutional strategies of object acquirement and presentation that contribute to our limited understanding of histories. He asks how we might approach and activate the course of the Huron-Wendat Nation through ambiguity, distance, and the blanks.

Find out more about Alexis’ work on his website.