The figures that Shaima Dief paints, haunt her. Living in close vicinity to her art work, her soporific art often stems from her dreams. Despite working locally in Leipzig, Shaima’s impulsive work often utilises themes and symbols from her Egyptian roots and upbringing in Dubai. She sees her art as a way to confront herself and the societies she has found herself in.

When Shaima arrived in Germany she began to address the stereotypes that awaited her there. What would Germans expect from a female, non-white, Egyptian artist? She therefore played with concepts of ‘kitsch’ and the cliché, and how artists-in-exile play out their identity in new locations. Addressing these stereotypes was a cathartic experience for Shaima. More personal themes are now her focus. Working on increasingly larger canvasses, Shaima realised that when she is not limited by expectations, her work gets bigger! 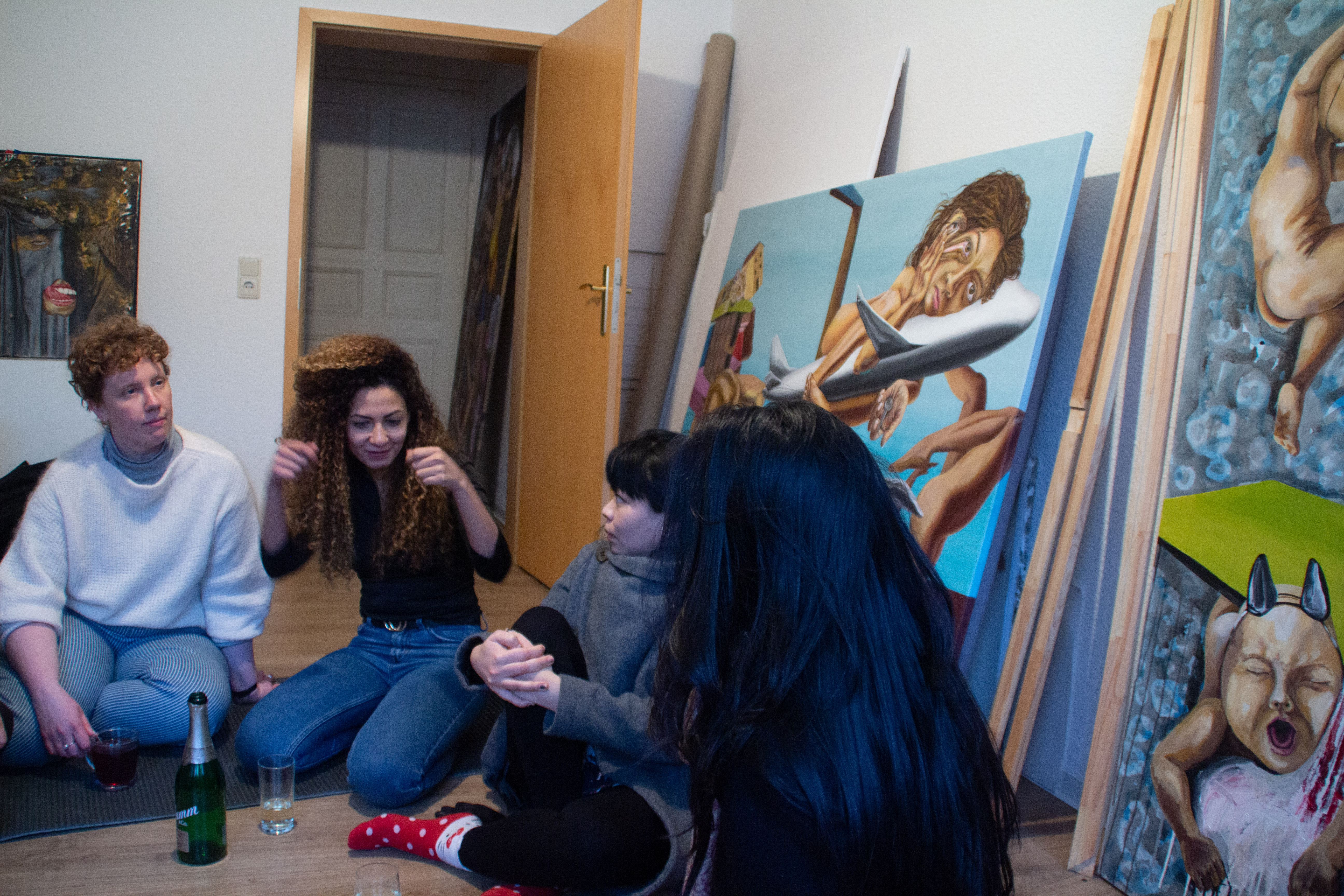 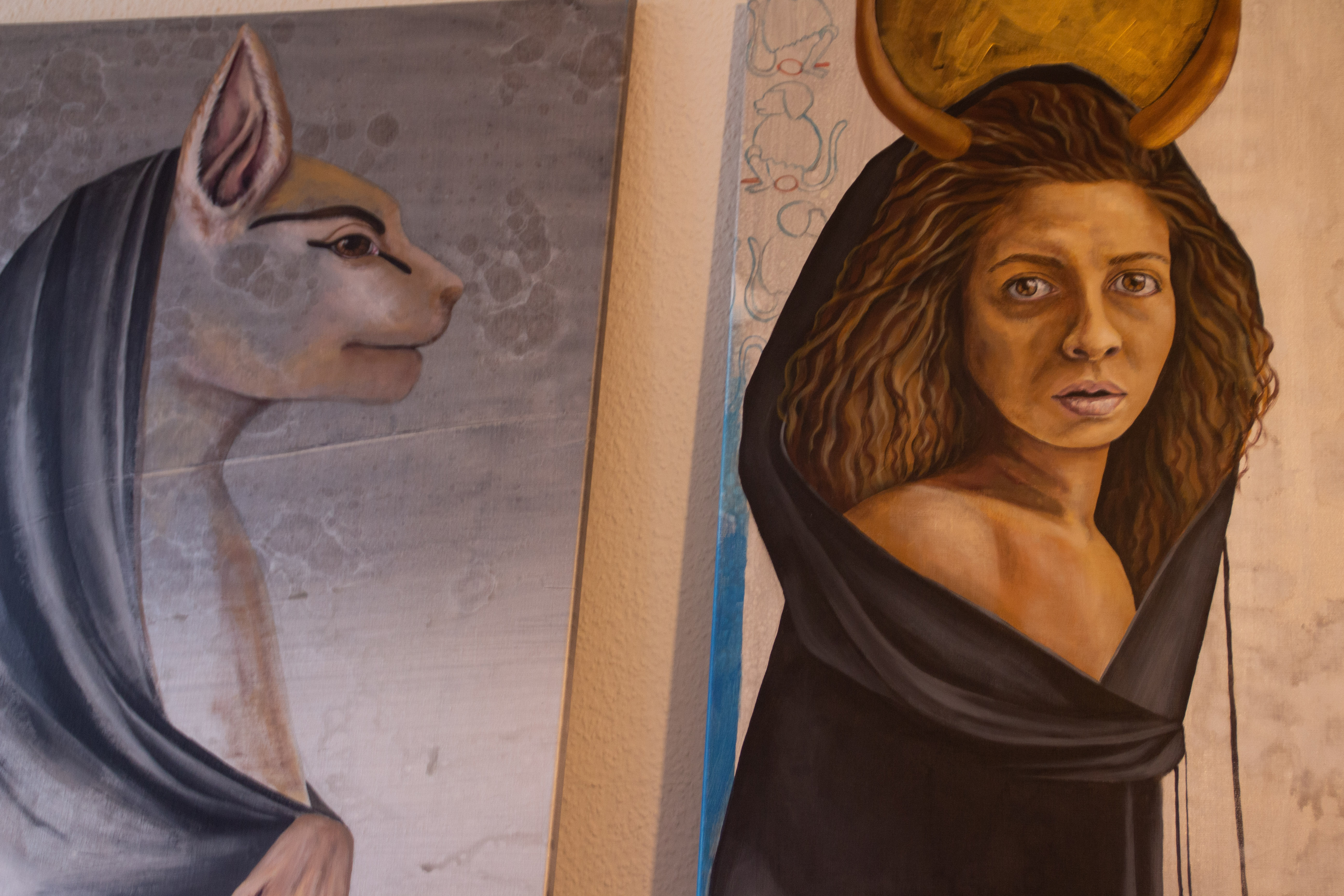 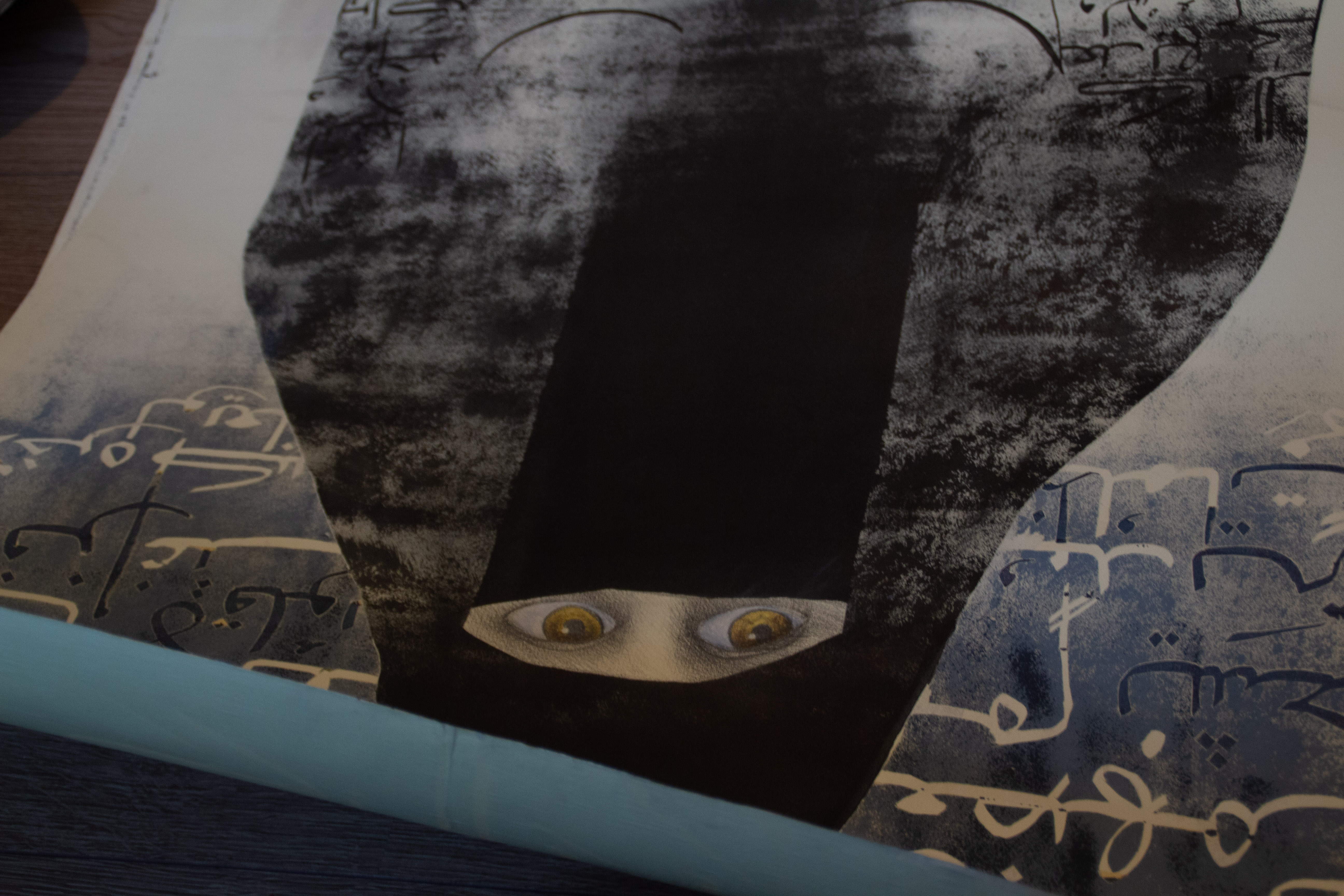 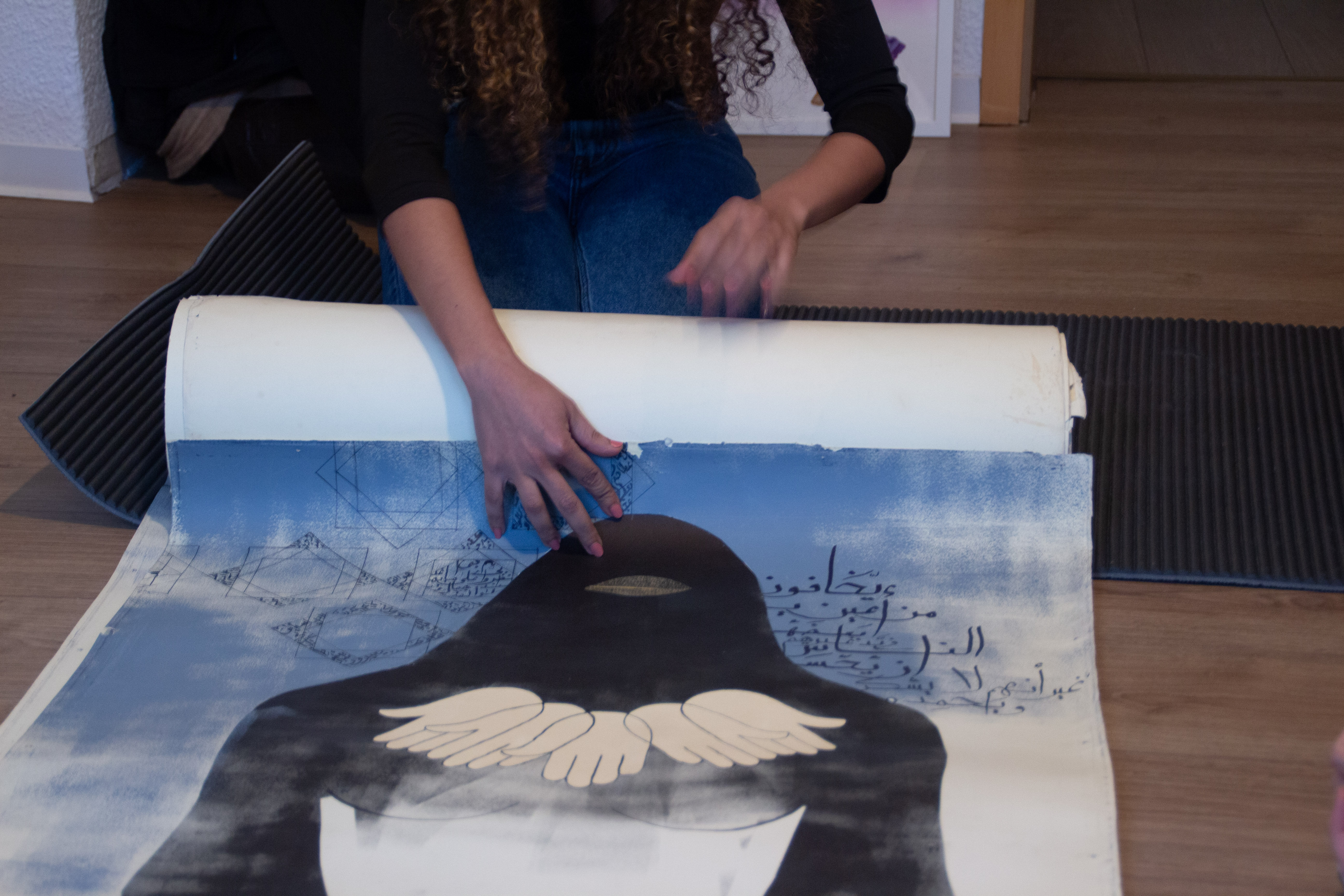 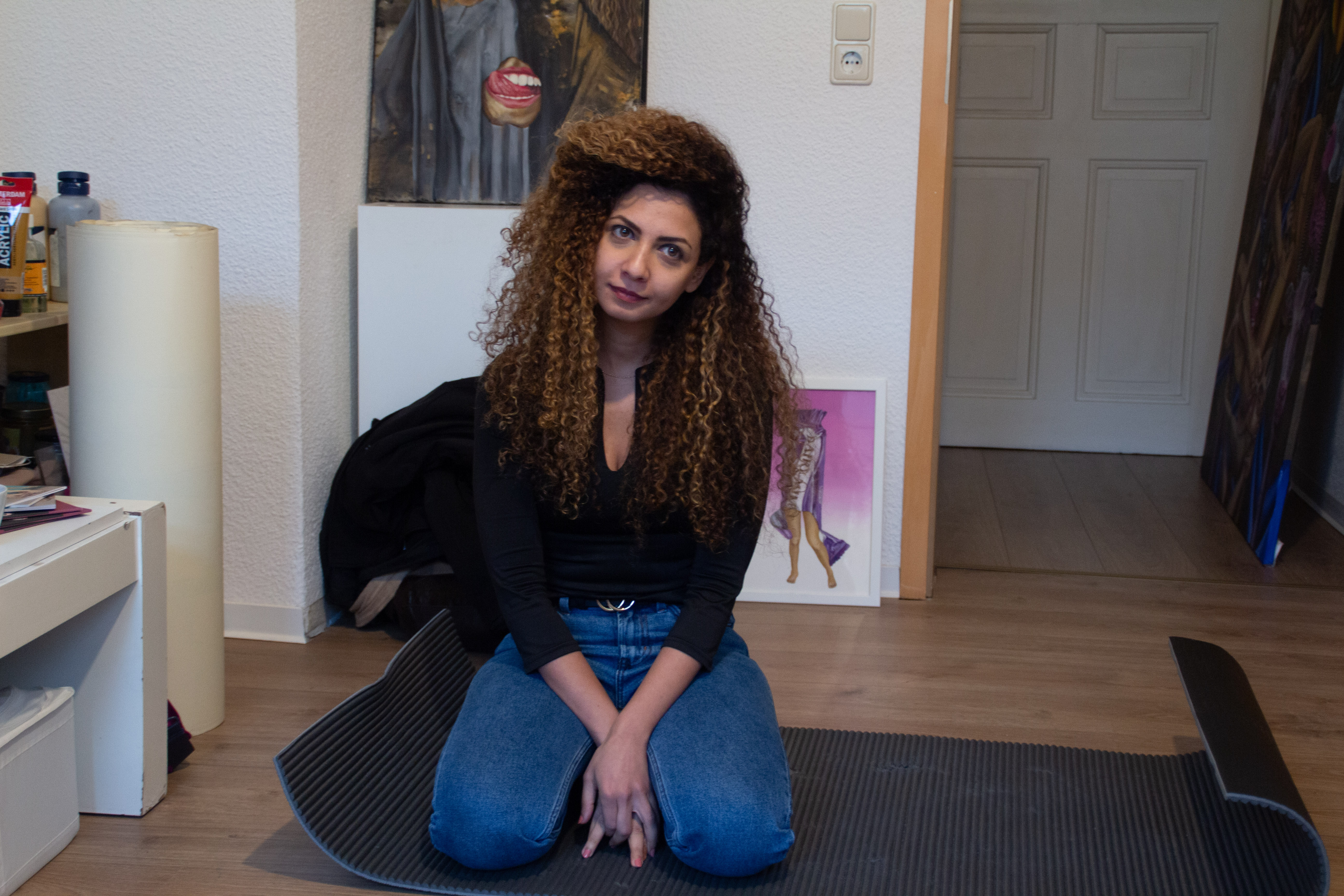 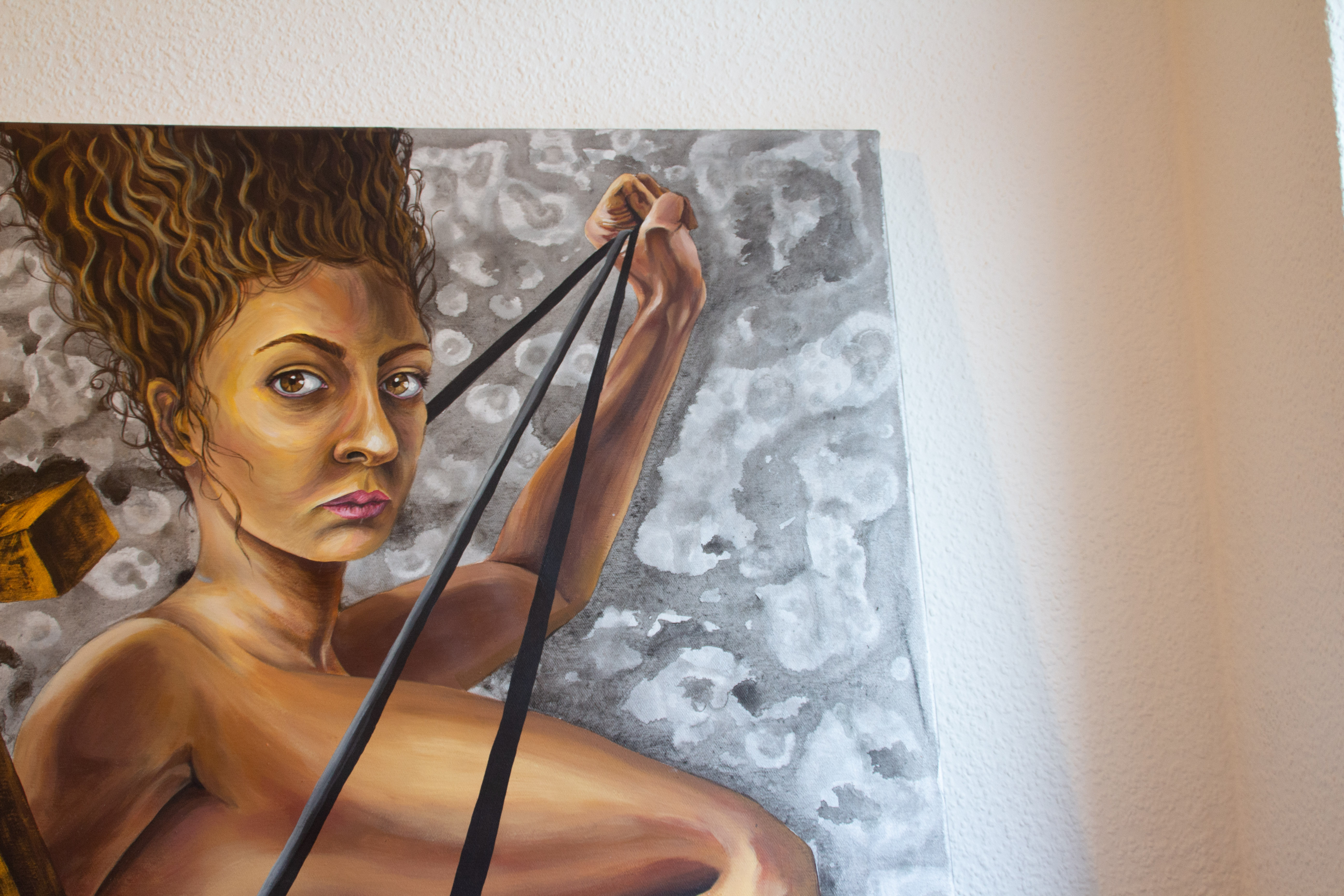 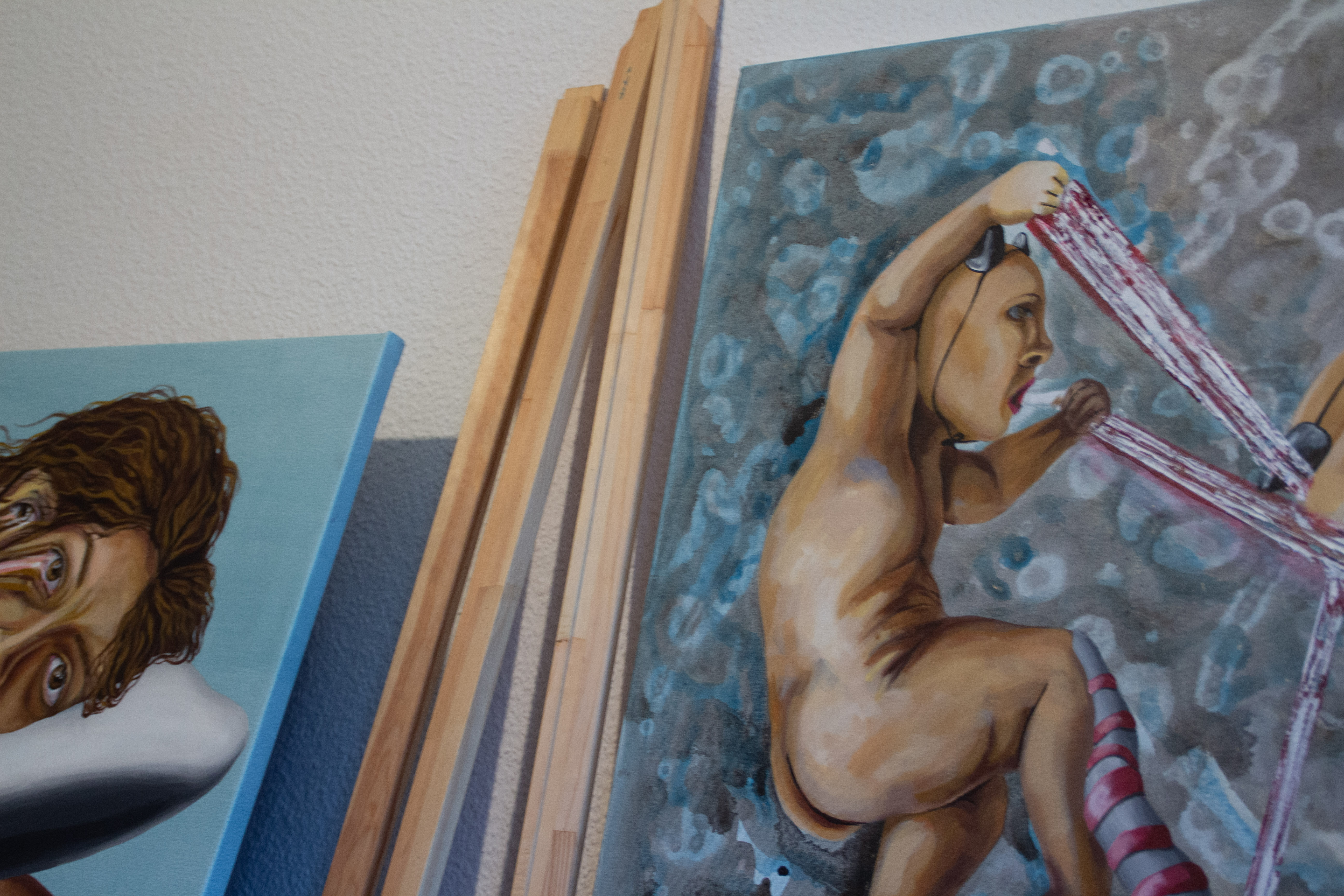 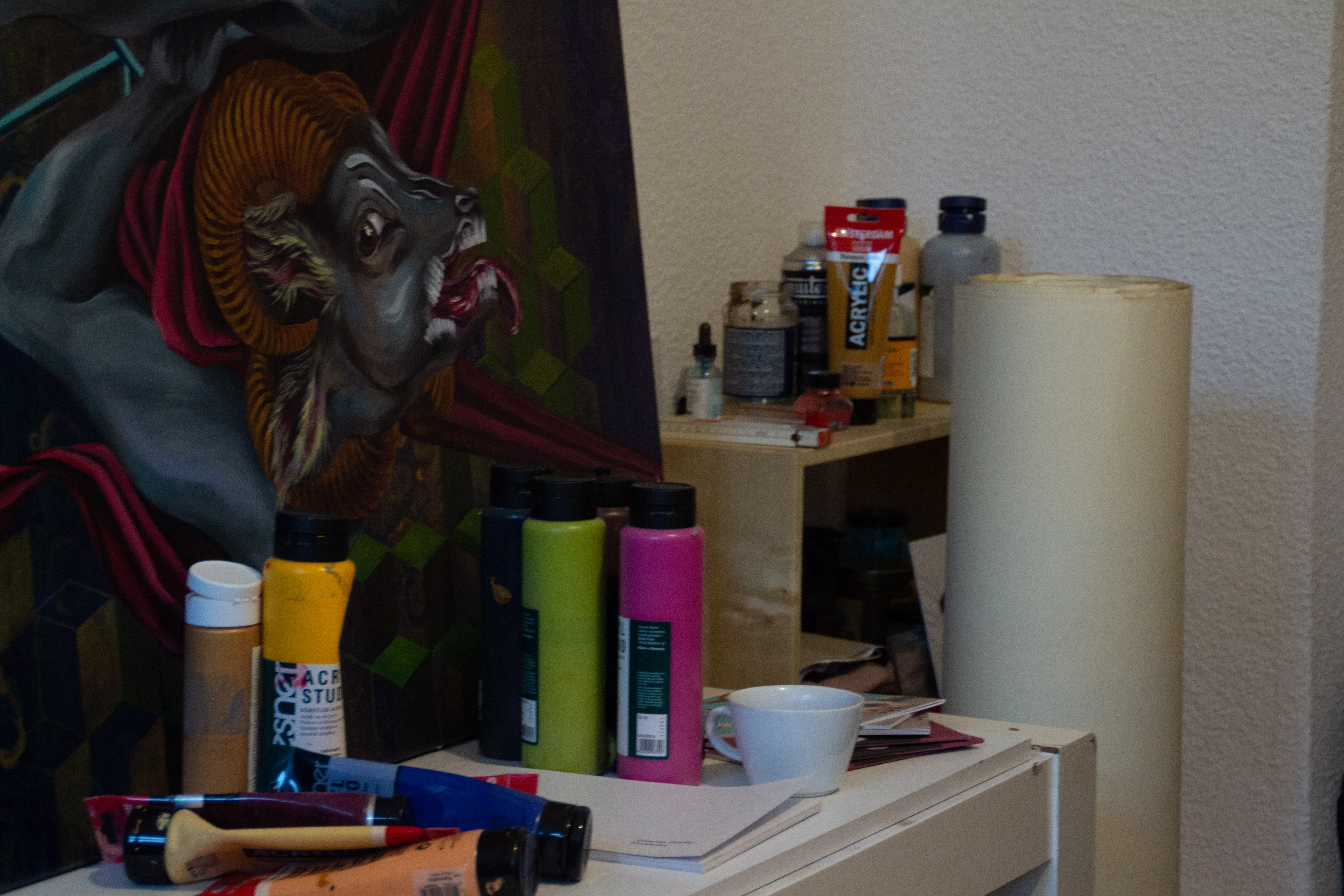 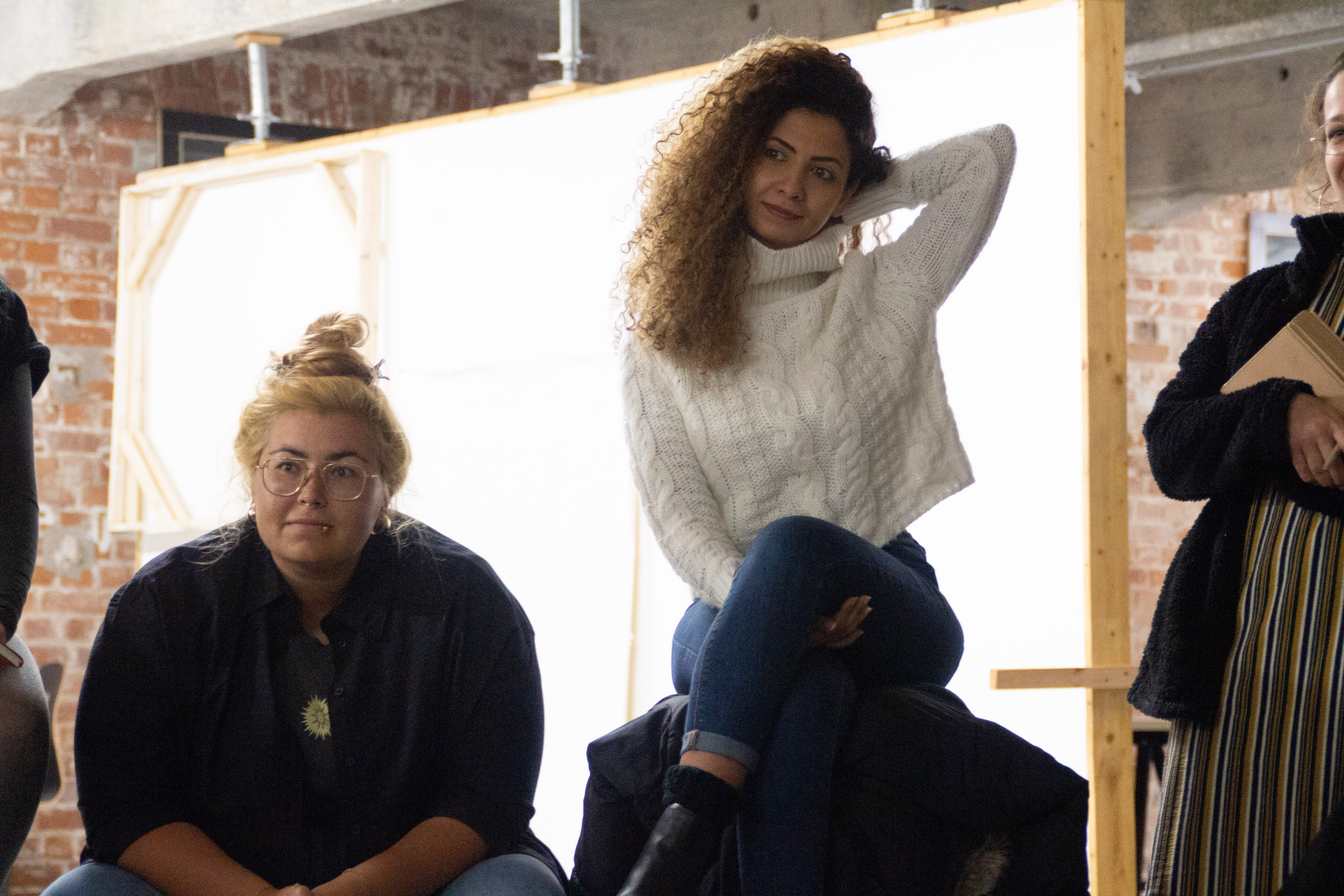 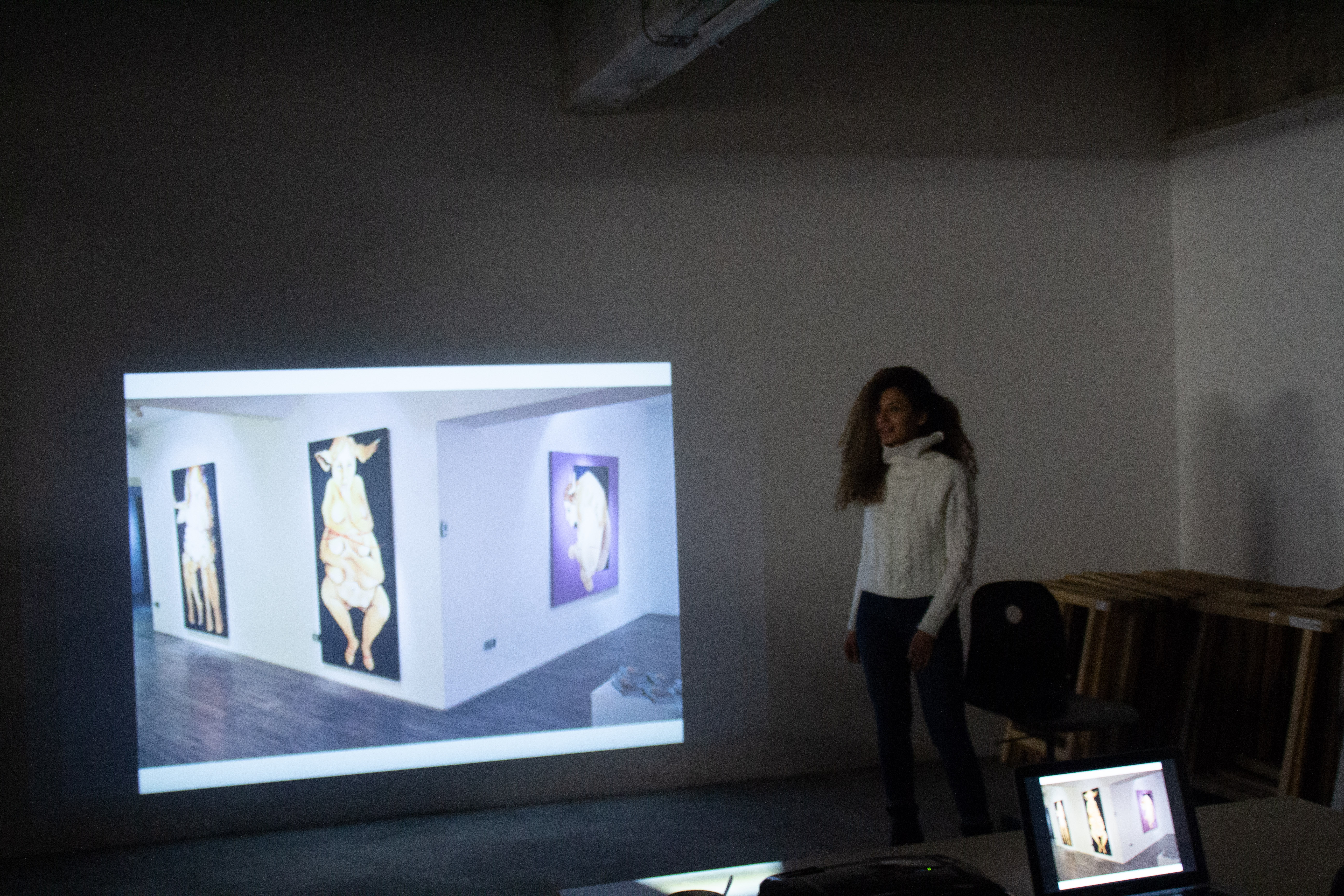 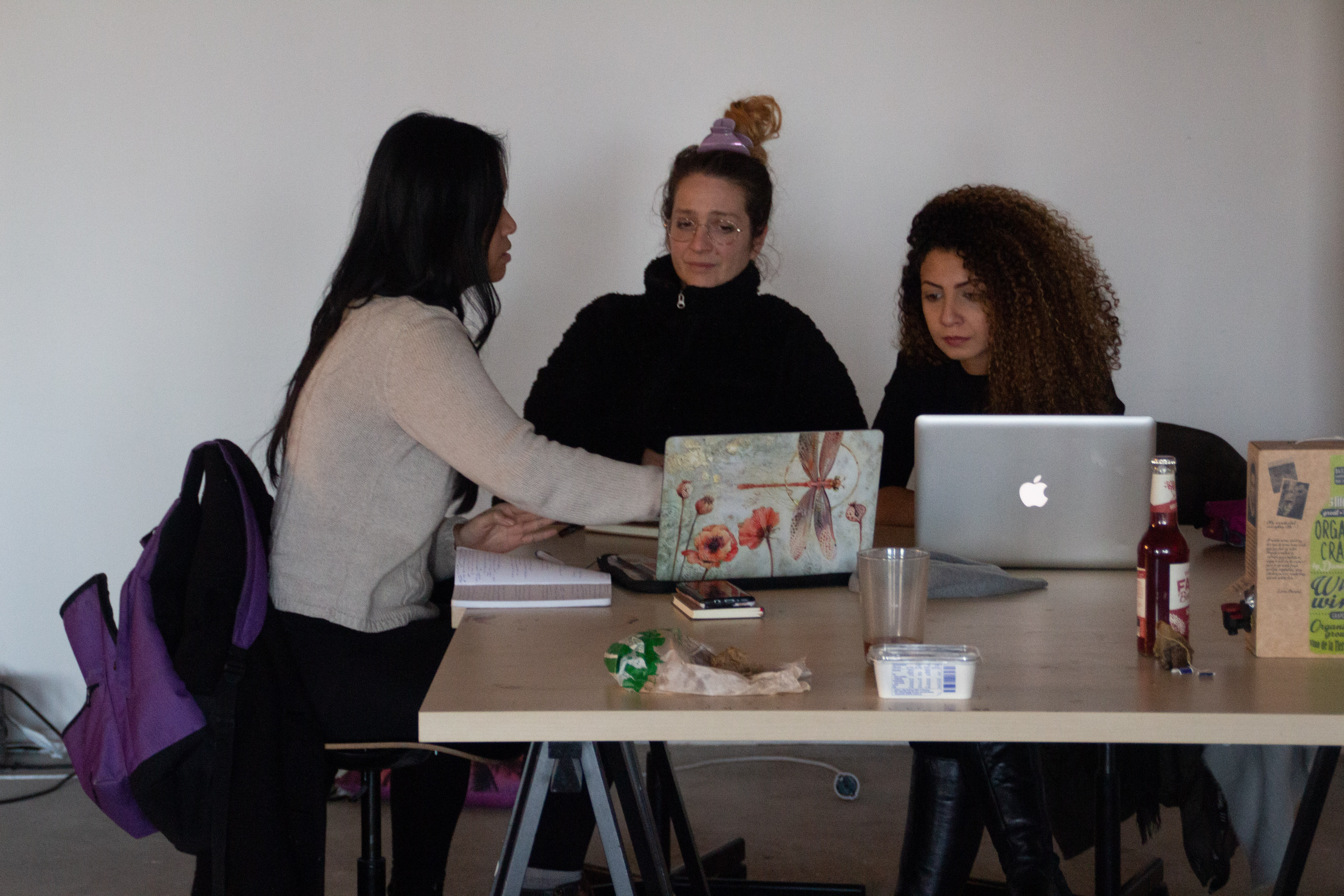 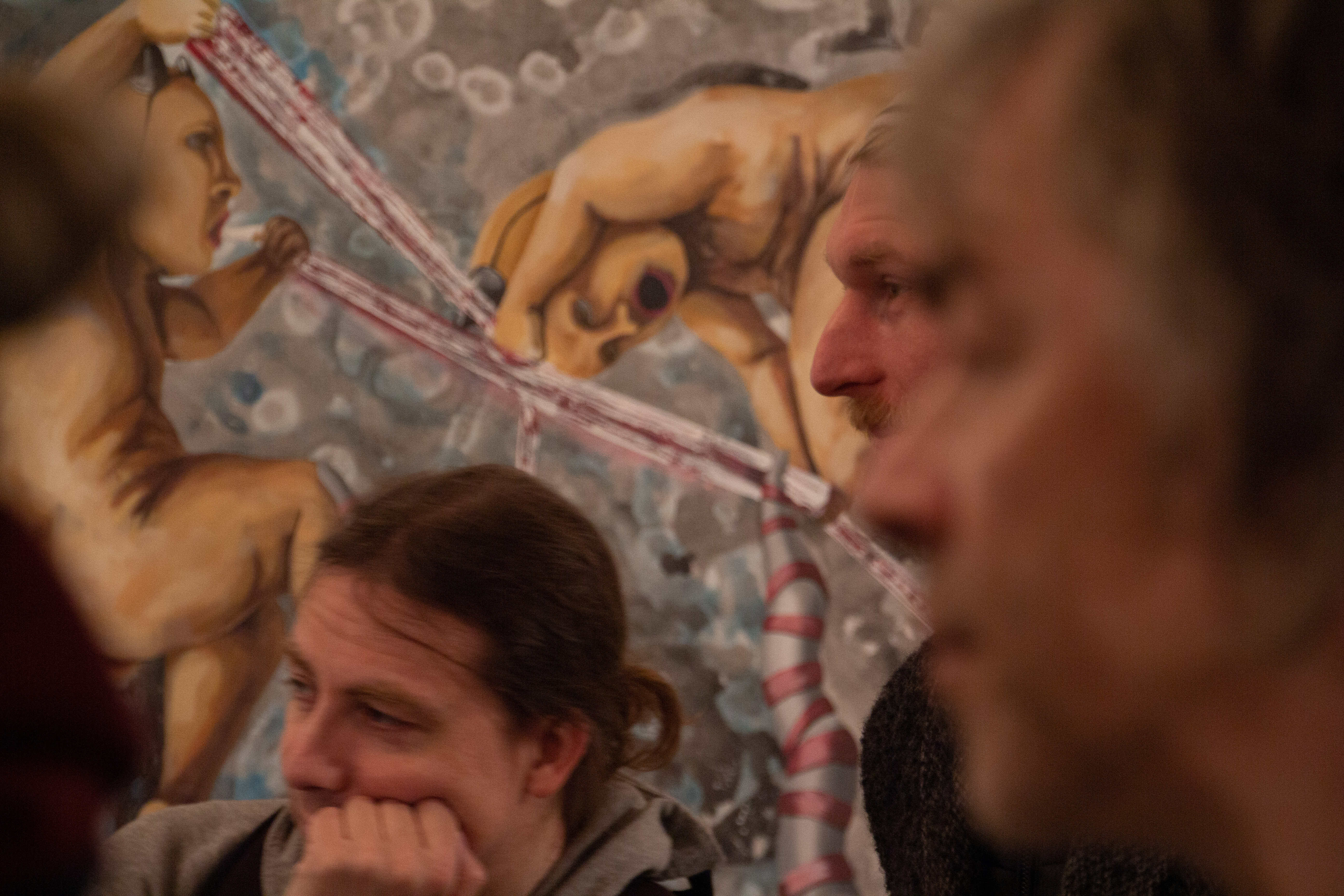 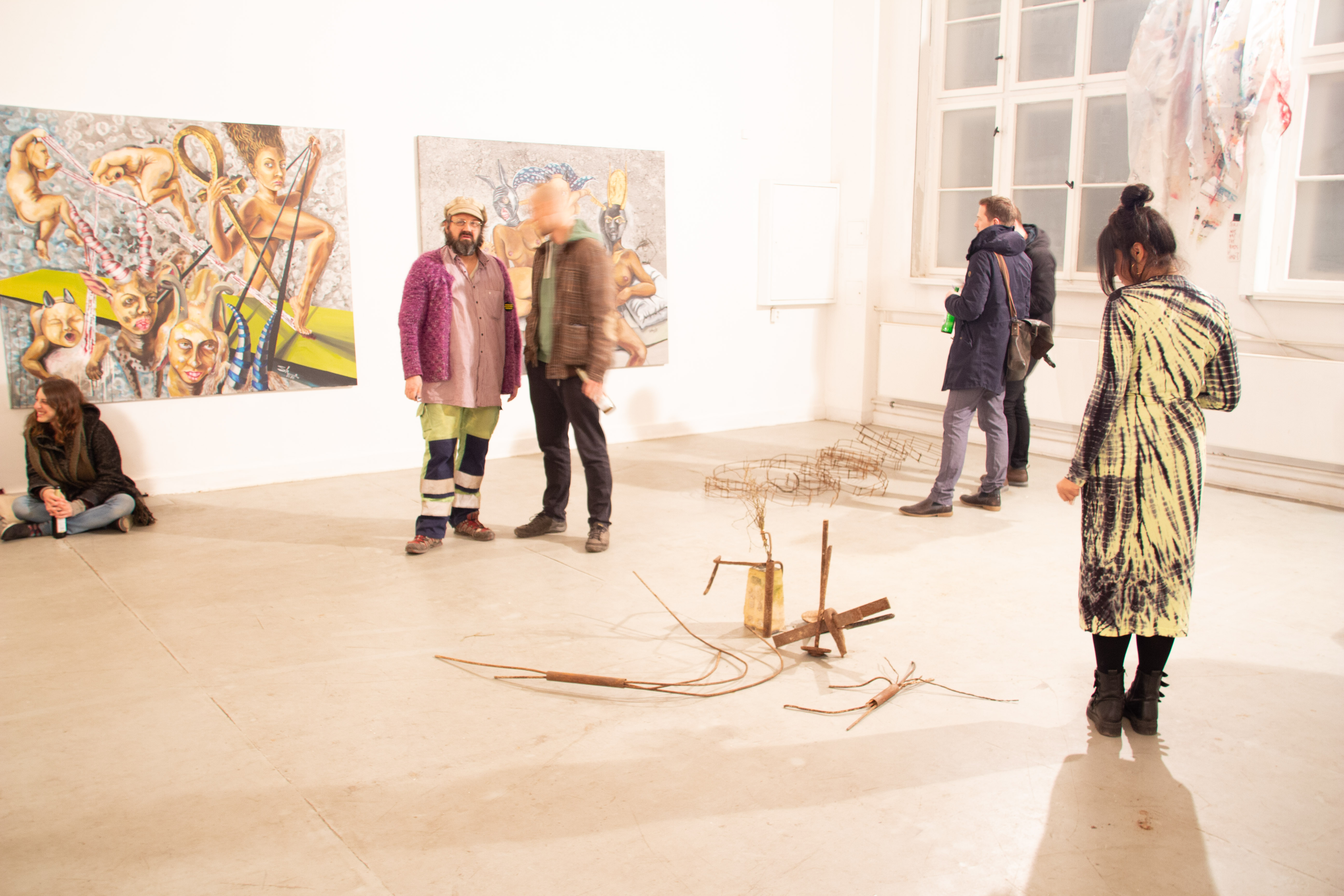 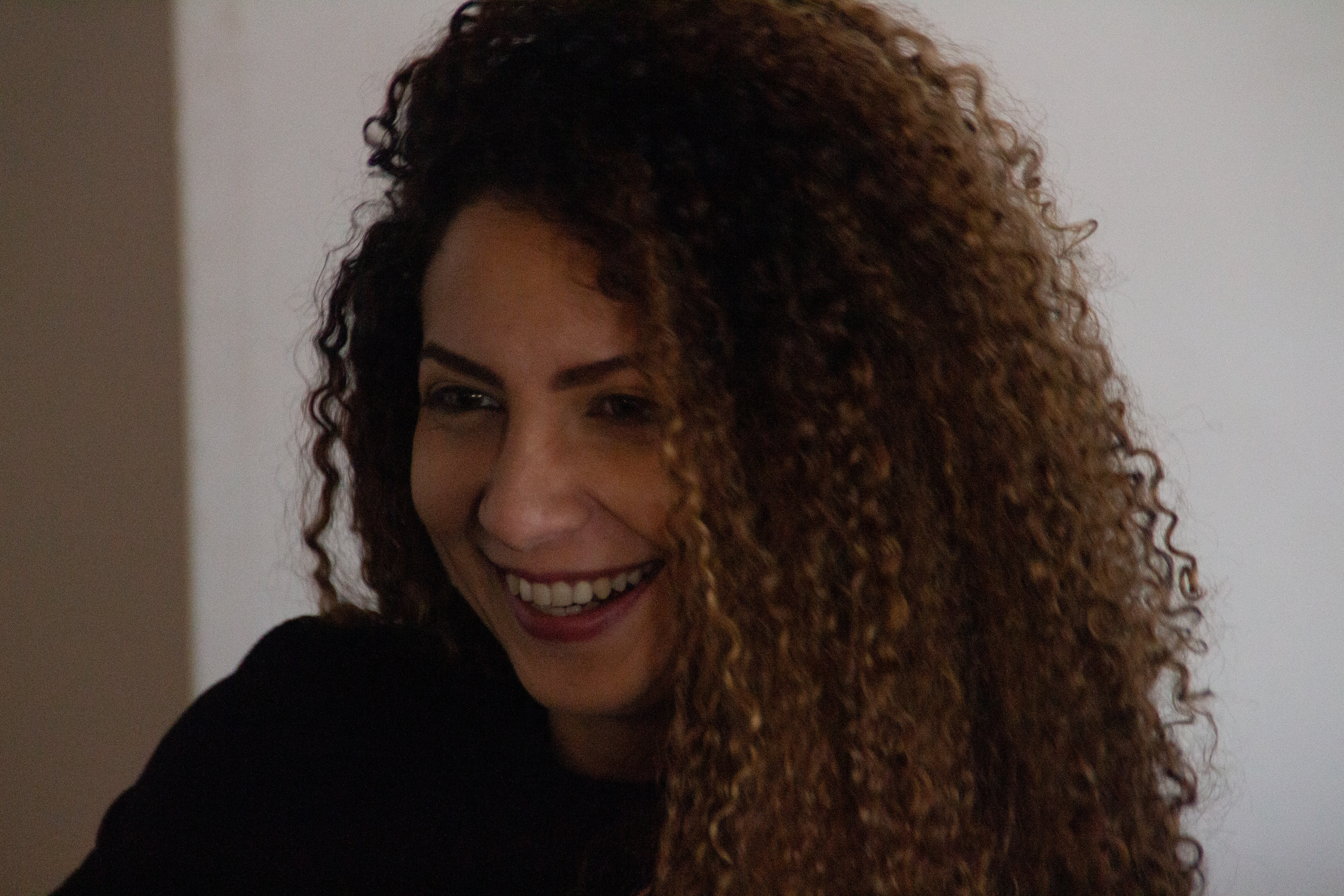 Hybrids, masks and ancient symbols all play a role

Shaima is consumed with the idea of the human-animal hybrid. This duality of man; that humans can be more when mixed with animal characteristics, fascinates her and continually appears in her work. She sees this anthropomorphism as a form of mask; something to hide behind but simultaneously allowing privacy. The mask appears again and again in her work, albeit in different formats. From the niqab to cat woman, the mask is a constant in society, a constant that Shaima is fascinated by.

Her current work focusses on the symbols and figures of ancient Egypt. Shaima plays with historic notions of gender and how they have altered in the modern day. In recent work, she takes the feather, a symbol normally accompanying the Goddess Maat and paints it alongside male babies. By taking this symbol from the female and placing it with the male, Shaima depicts the elevated position of the male in modern Egyptian society. Her abstract and surreal works therefore allow Shaima to explore topical issues indirectly and in new settings.

Cultural memory also plays a big role for Shaima Dief. Through pharaonic symbols, Egyptian heritage is explored but in an alternative setting. Manipulation of ancient and long established imagery is not intended to critique but to explore their new role in modern society. Her current works for PILOTENKUECHE have a disturbing and intriguing presence. Those who view Shaima’s paintings will enter her dream-like world.

currently in production for pktv