“I don’t understand why I exist. I find it very confusing”. Valentine expresses how her artistic output is her way of making sense of stuff. Though, she also interrogates the idea of ‘sense’. How can there be sense when there is so much chaos and so many ideas and so many memories. She is an advocate of the concept of collective consciousness. If we were all to share common beliefs, common ideas and moral attitudes, could this lead us to a state of sense? Though not explicit, there are underlying suggestions to utopia and dystopia in Valentines work – always questioning the encounters of humanity and to where we are heading.

Her own stories, observations, experiences; these are the roots of Valentines creations. Her most recent installation at Pilotenkueche round 38’s first exhibition (Unfinished Hase) responded to her feelings of displacement caused by a constant turn-over of location. The wall hanging was a series of floor plans drawn on thin sheets of resin, all depictions of the homes in which Valentine has lived over the past ten years. Her own journey led her to the question; what is the meaning of a home? Where do I feel at home in my life? The drawings were hung in chronological order on a structure standing adjacent from the wall, allowing the spectator to follow her journey and lack of settlement. 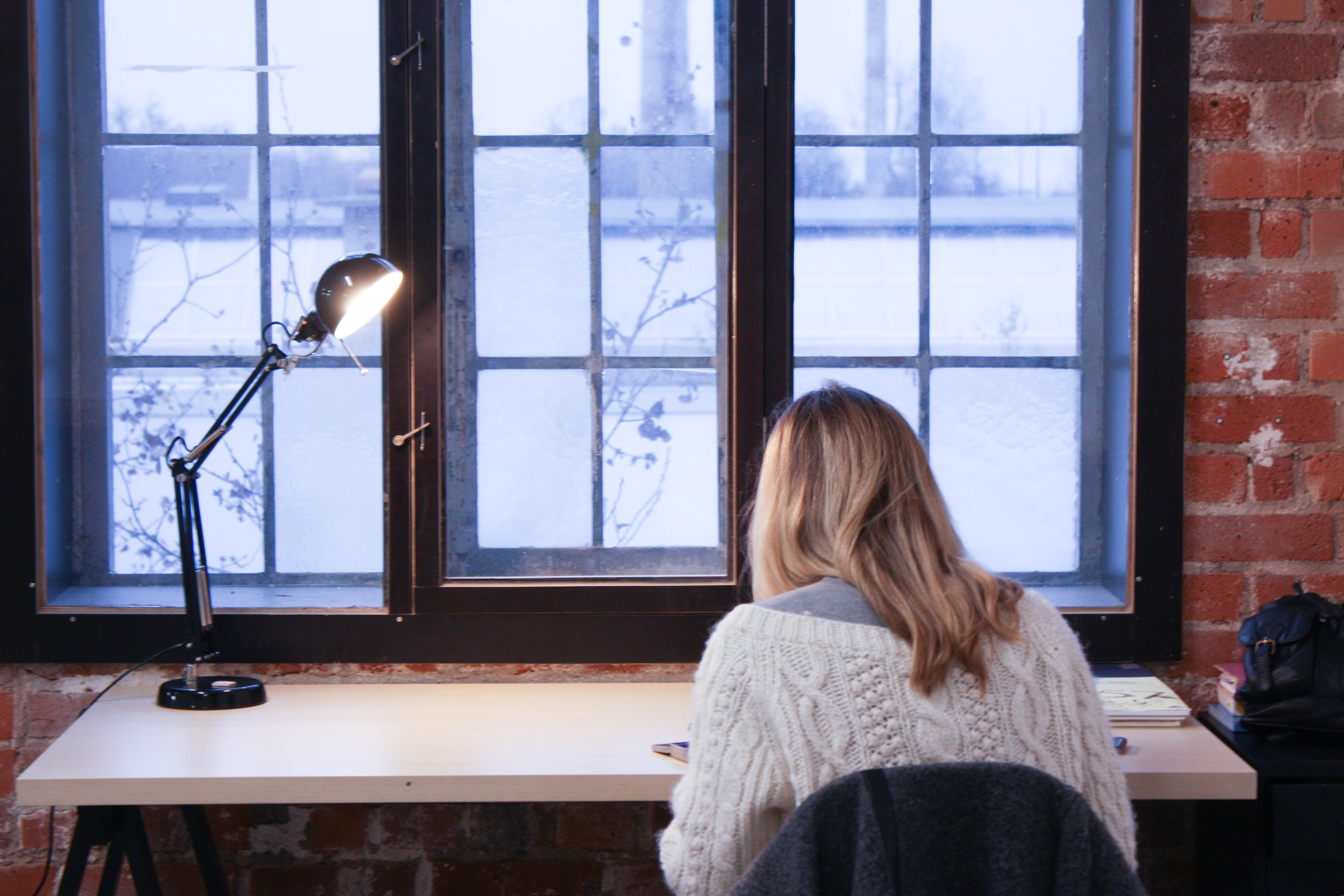 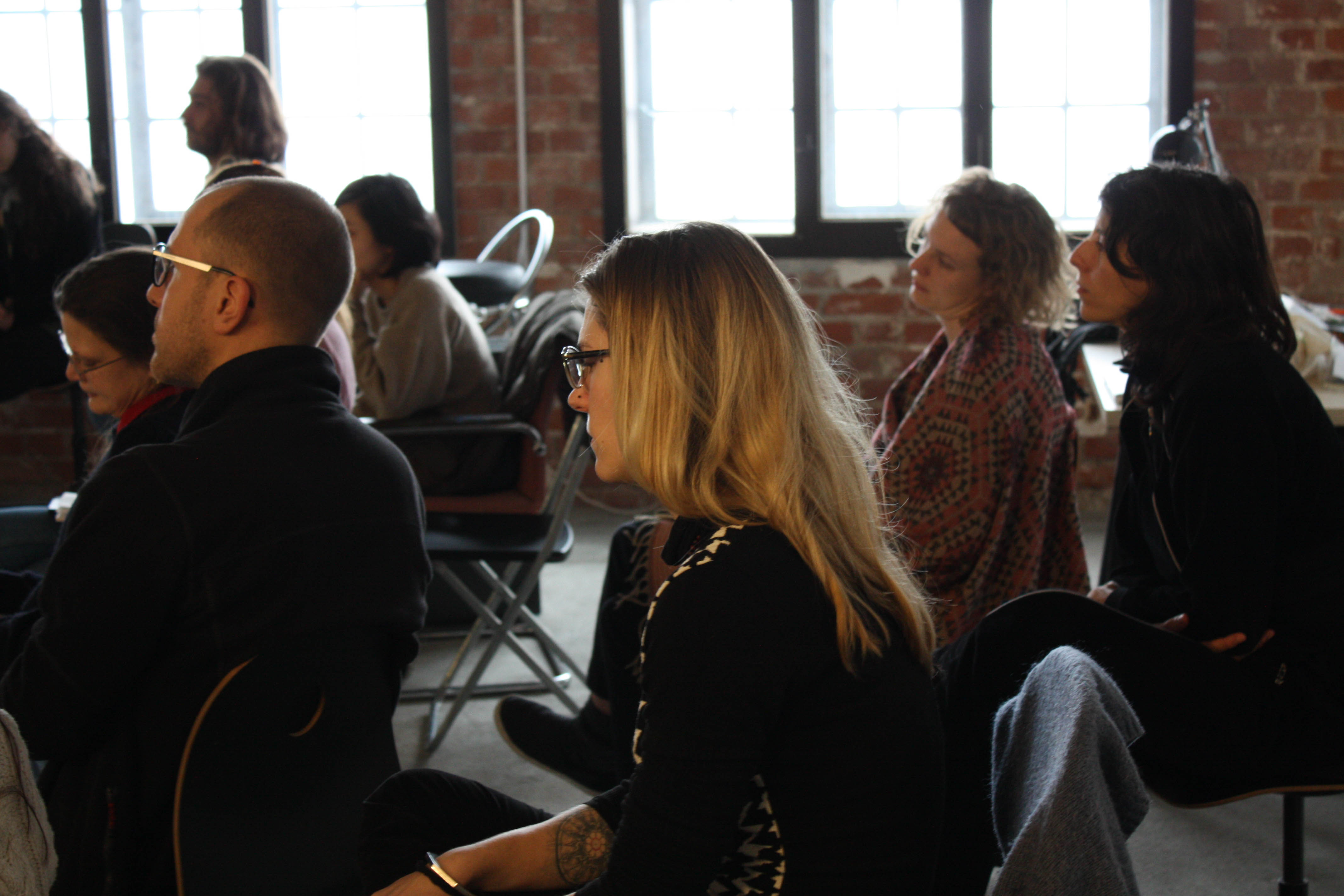 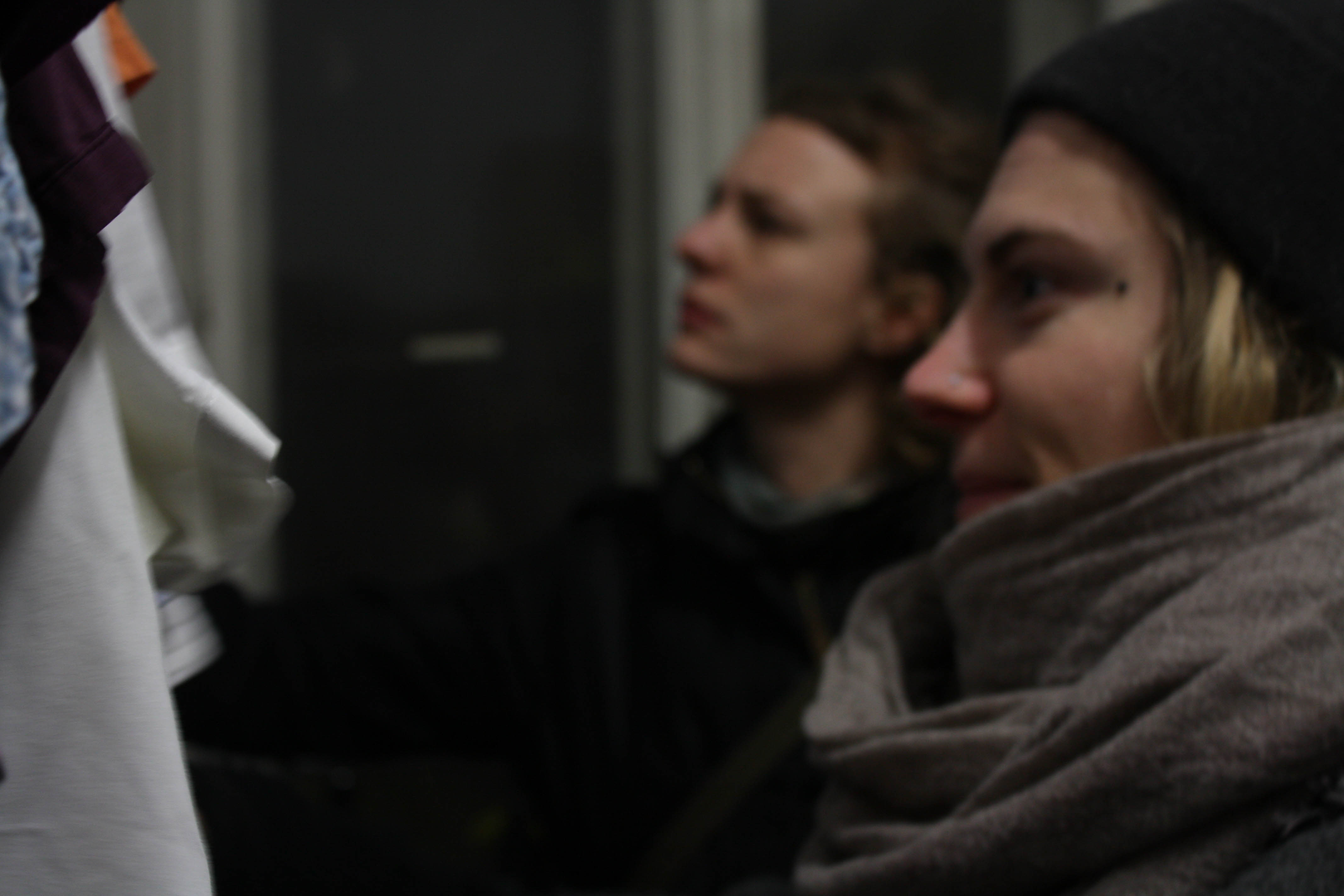 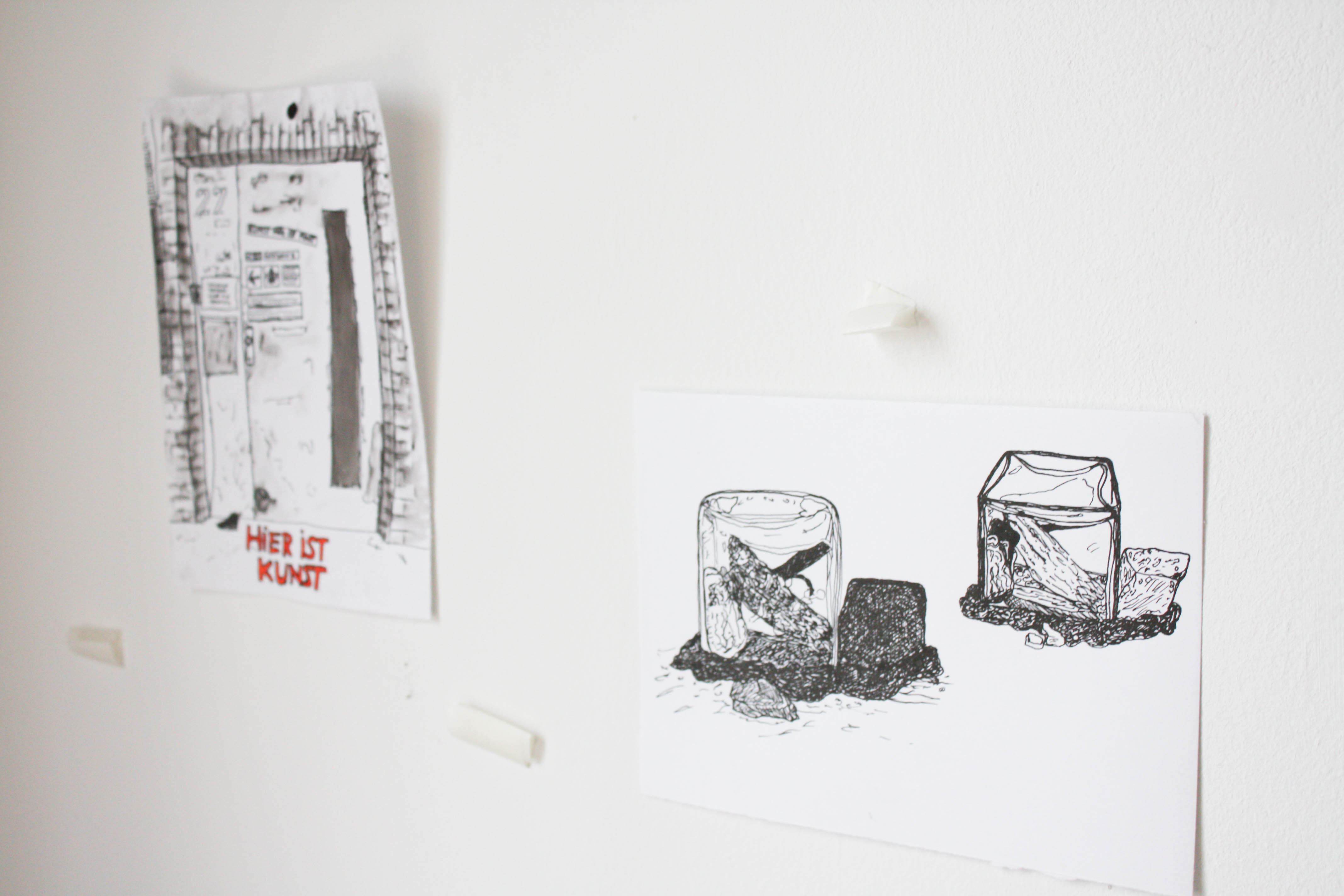 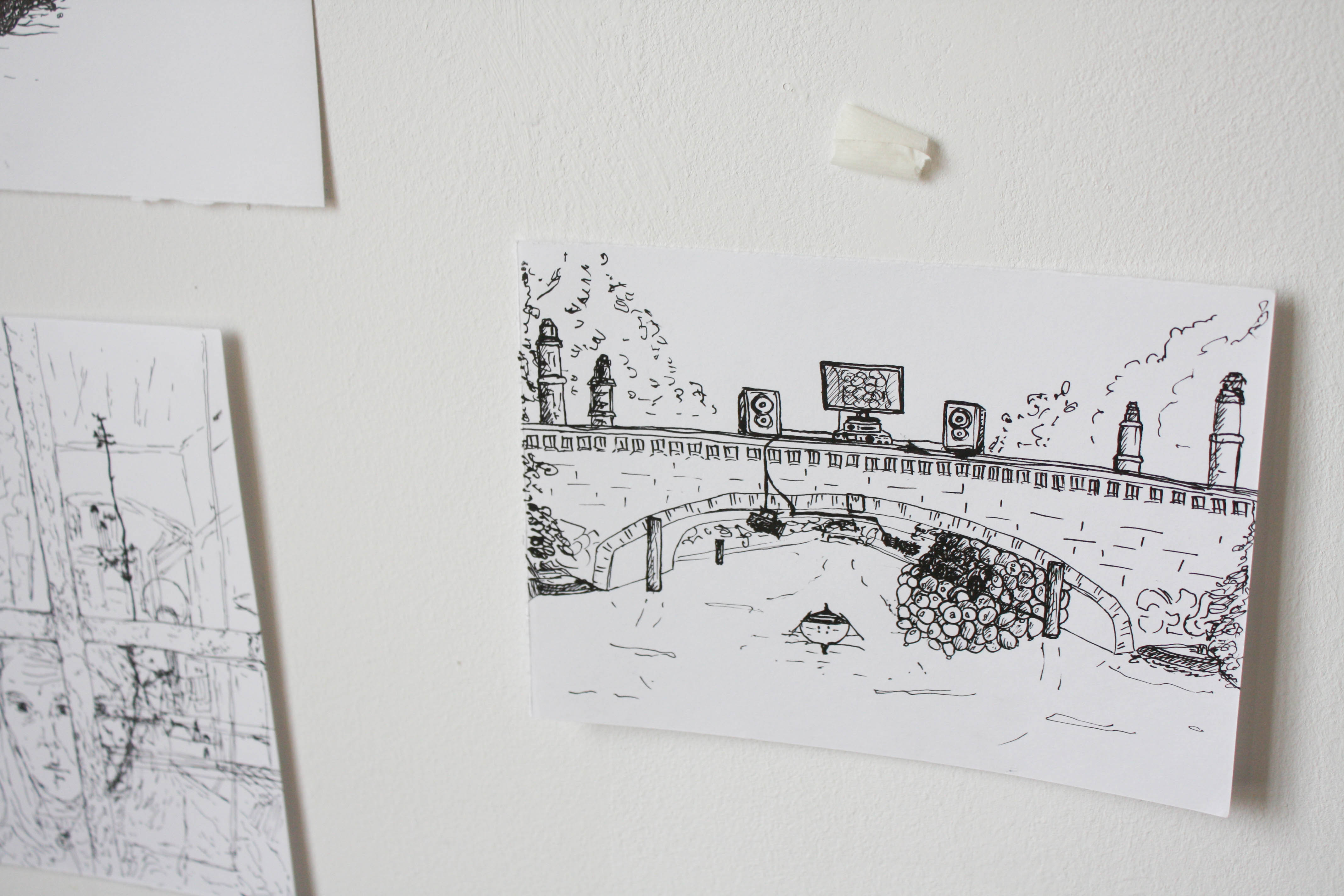 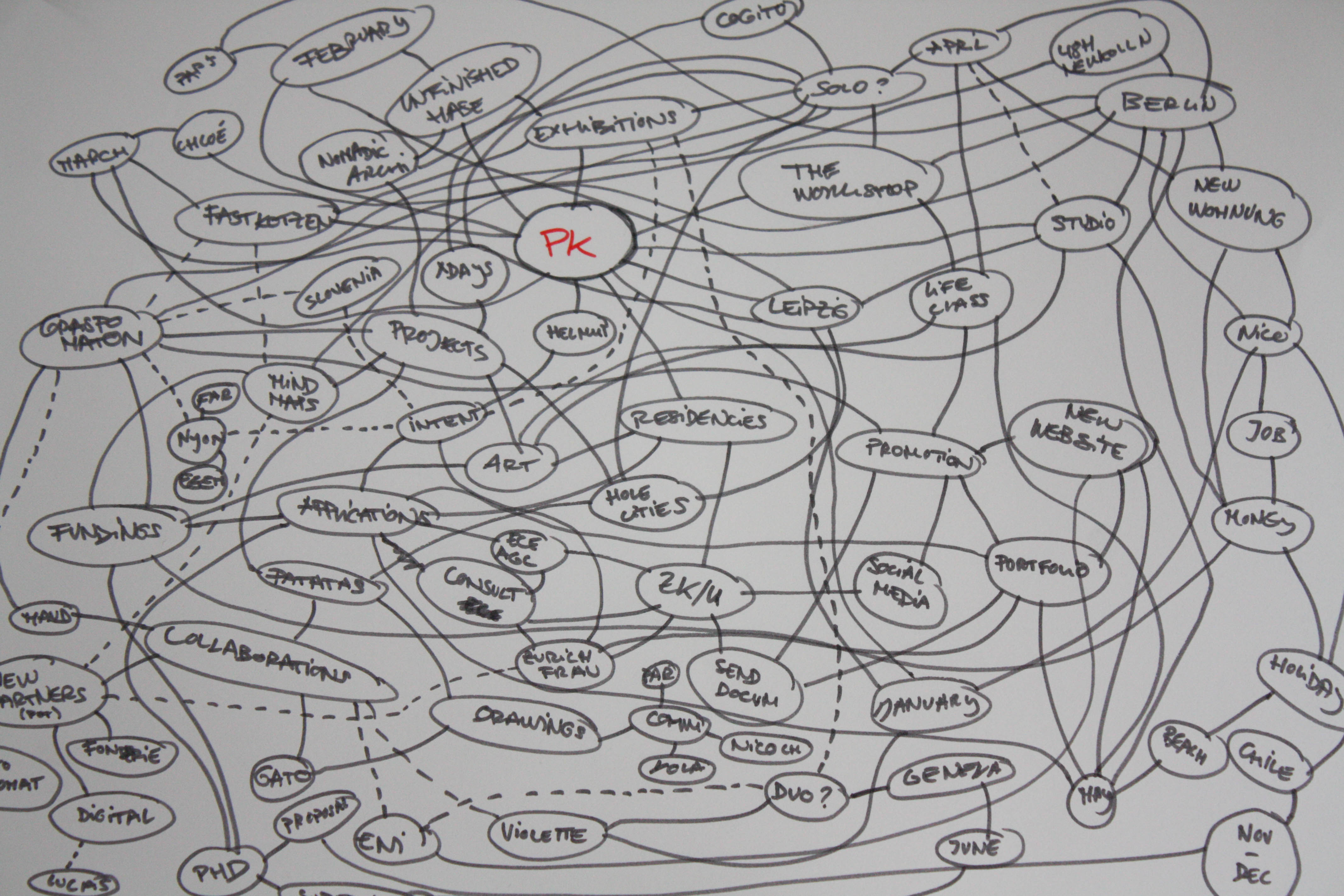 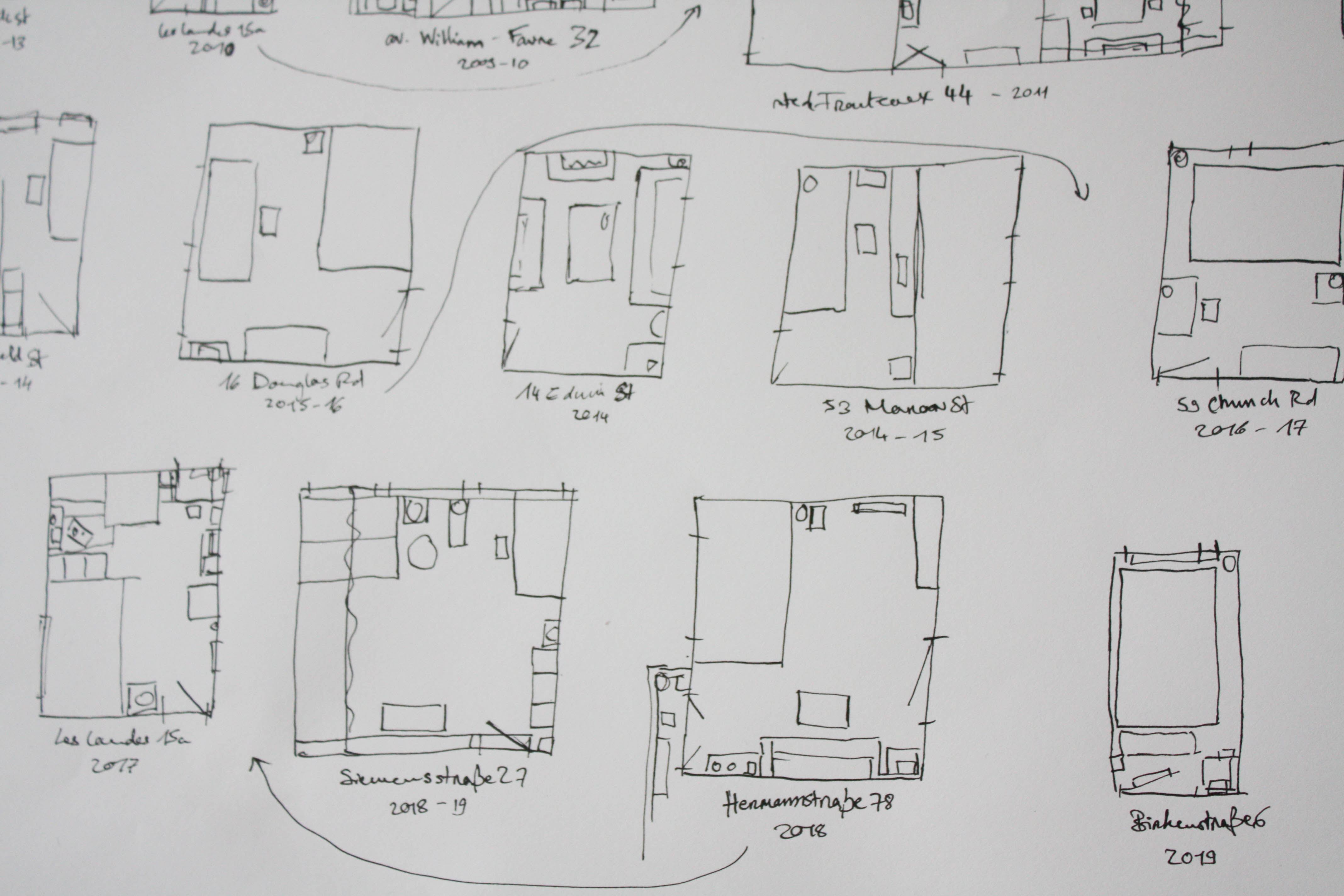 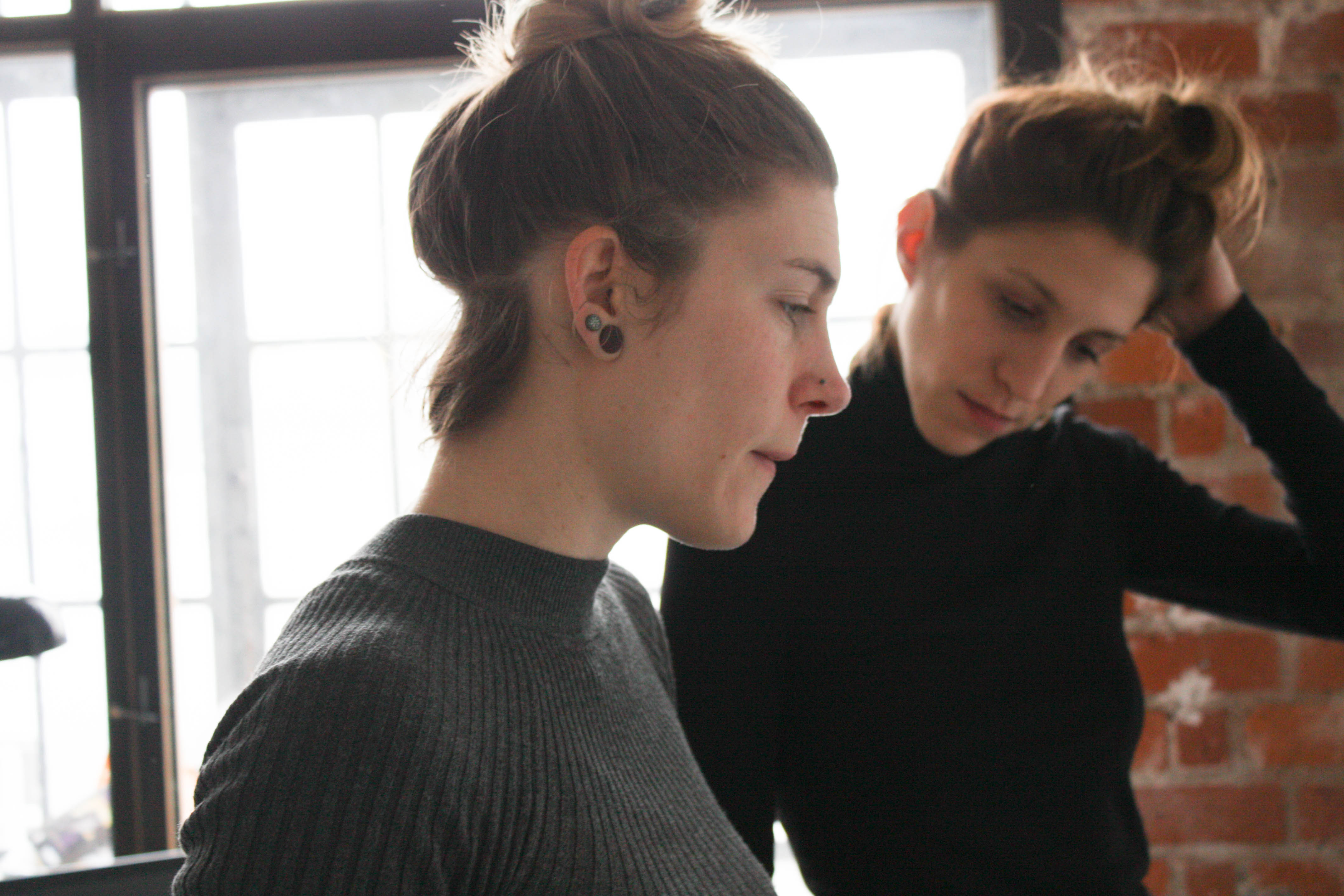 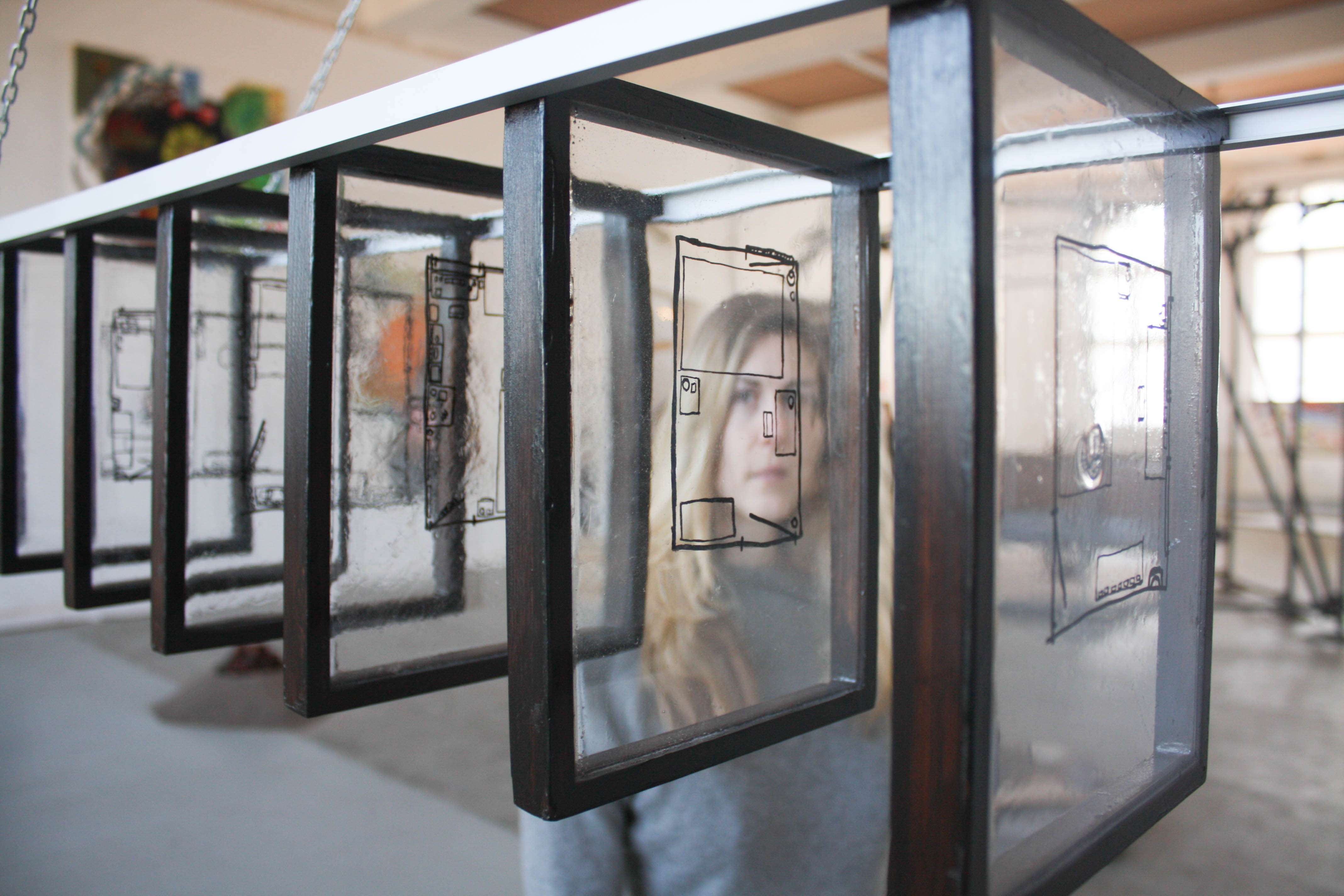 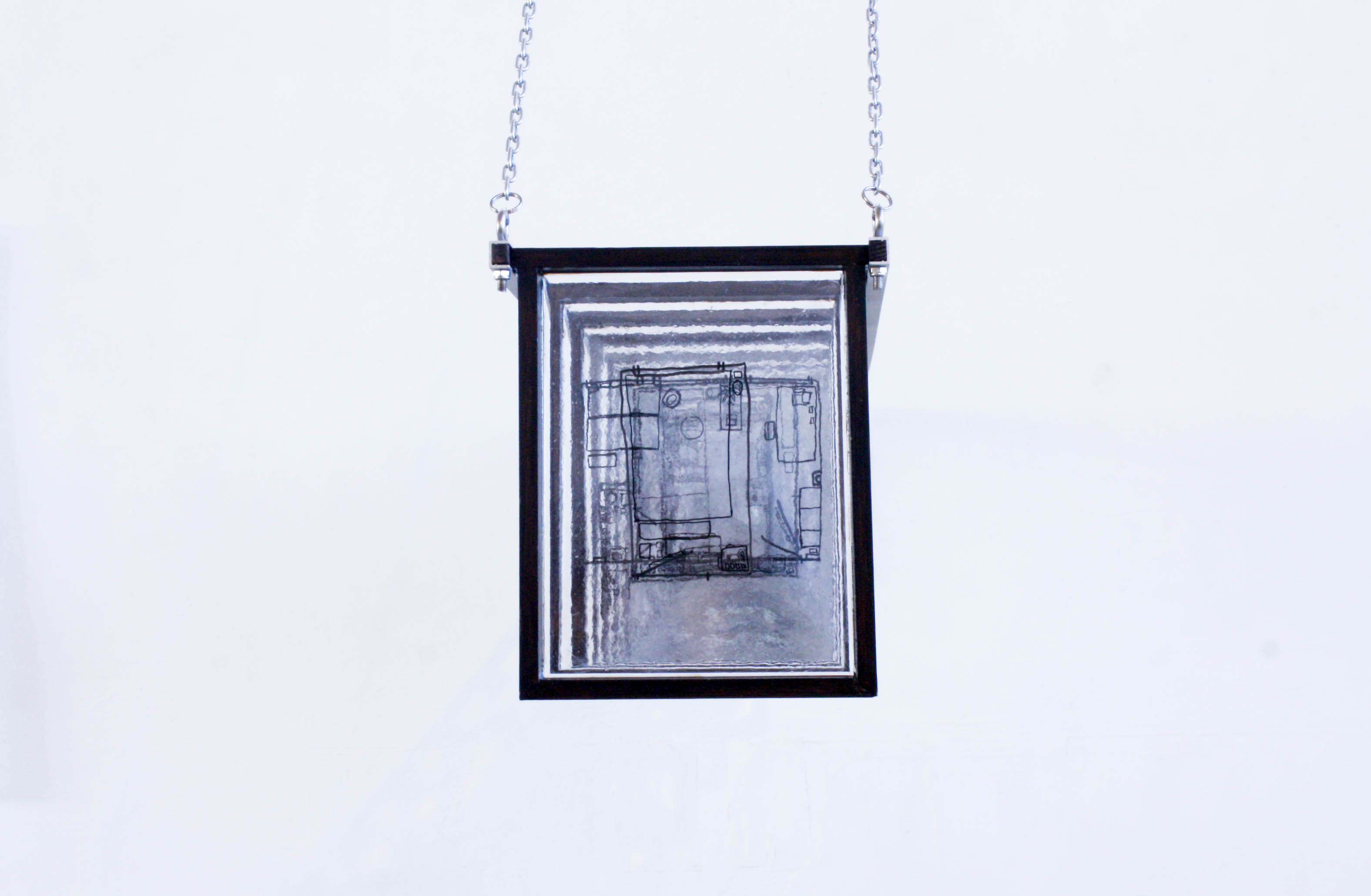 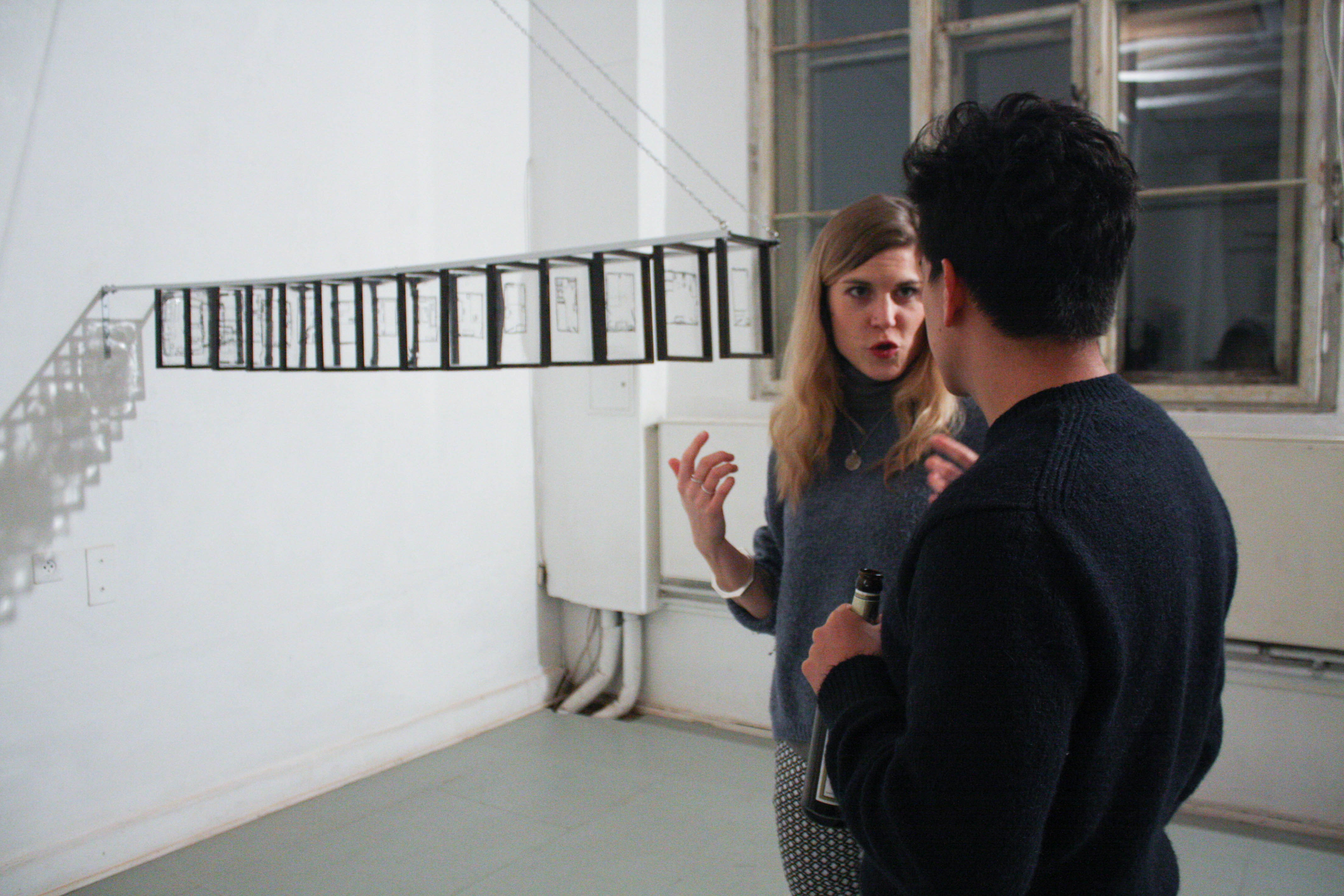 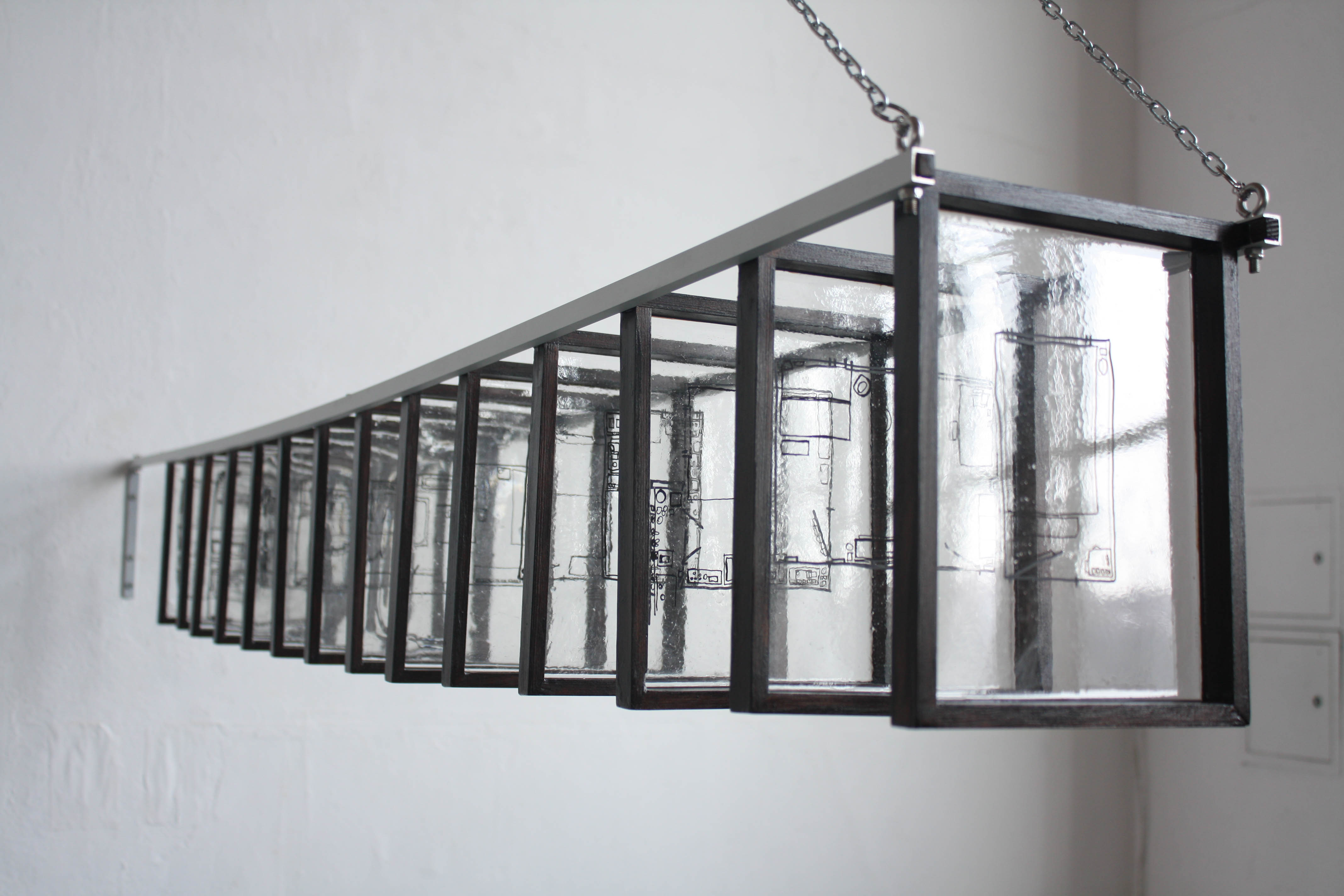 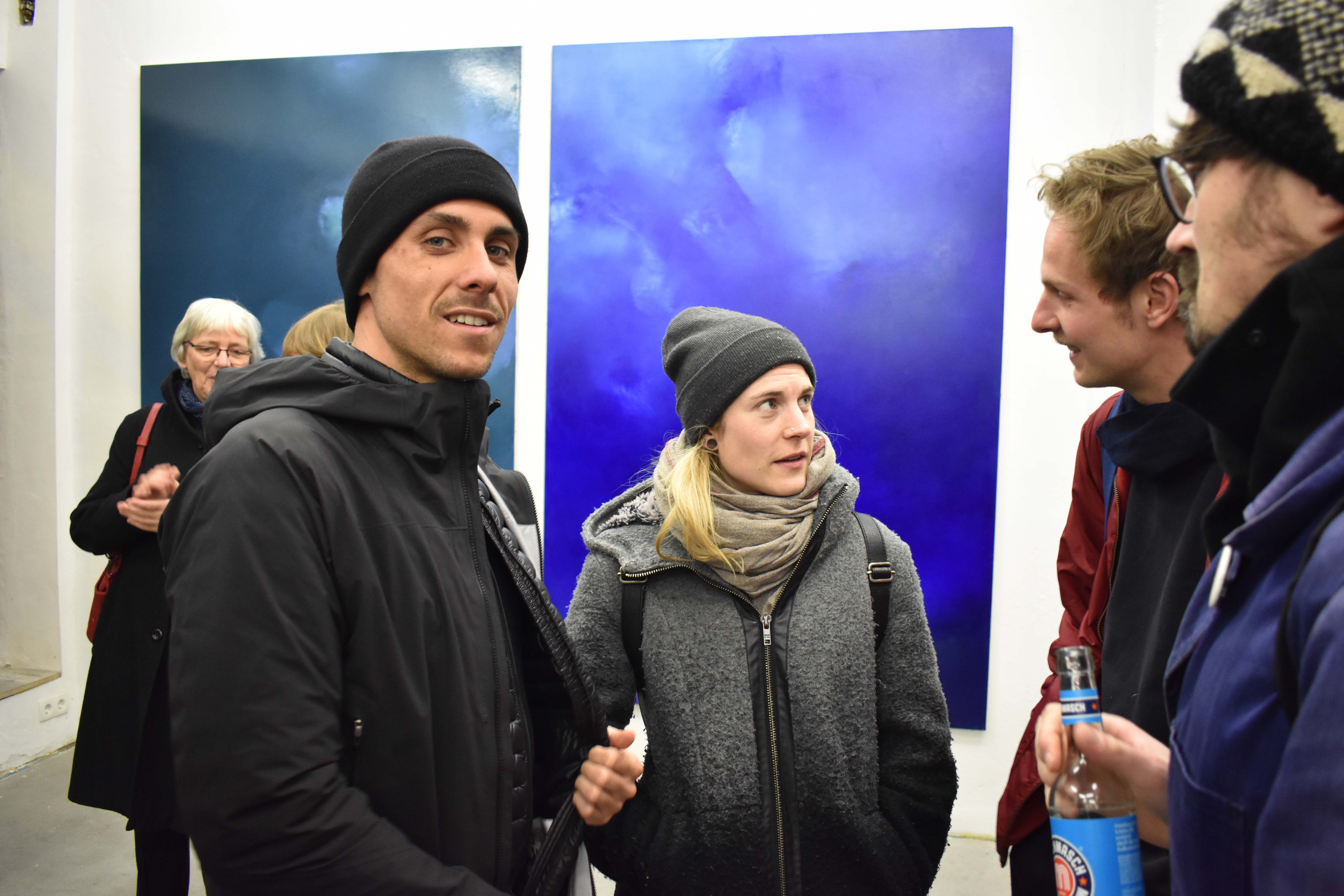 Valentine began studying Medical Science in Geneva. It was there she began life drawing classes, “it was the only time of the week I was happy”. The medical sciences became boring and meaningless to her. At the age of 20, having decided that she was not feeling any sense of achievement and was worried about a linear future, Valentine decided to leave Medicine behind and unpick the layers of humanity via an artistic practice. She underwent a BA in Drawing at Camberwell College, UAL then an MA in Modern European Philosophy at Kingston University.

When asked about her most successful piece, Valentine refers to her photo booth, first created and installed at a festival in Luxemburg. This piece was designed with accessibility to art in mind. By creating a photo booth, she inserted elements of playfulness and recognition. However, the “photographs” which were produced were not typical photographs. Instead of a camera, inside the booth was a variety of artists, one at a time. Each artist depicted the visitor in their own interpretation and delivered the response to the visitor as a work of art. Valentine’s photo booth project is ongoing. For the Fast Kotzen exhibition Valentine plans to recreate the installation. Currently she is searching for funding to develop a way in which it can be recreated as a portable object to be installed in different locations.

After Pilotenkueche, Valentines next step is to move into her studio space in Berlin – shared with other artists and musicians. Here she will continue to explore the variations of her existence. Creating. Tailoring method to her ideas. Using different methods to deliver understandings of her presence. Oh, and a flat of her own: a temporary permanent residence.