“I’ve got seven fly swatters, if you need one.” Isabelle allows herself to take part in buying as a form of research, an ironic response to her concerns in consumer culture and economic theory. Other things which occupy Izzy’s studio space: slime, croc shoes, glittery rubber cockroaches, a bicycle helmet, a collection of shiny fabrics and other apparently misplaced items. Each day as she enters the studio with her industrial sized bag over her shoulder, I am curious to discover which playful objects are gathered inside. Perhaps an unintentional performance in itself.

Collecting is a part of the process. Izzy’s archive of objects has been gathered over time, some of them new shiny objects bought here in Leipzig, others having travelled with her from Edmonton, Canada – her home town. When she buys an object, she is often not sure what they will become.

“Sometimes I have an object for years before it becomes a part of my art” explains Izzy.

Though, after a month of gathering items in her studio at Pilotenkueche, Izzy had founded a pattern of function in some of the objects. Each were an extension of the body. Objects to be worn, carried, held, used by the self. This realisation brought Izzy back to the question; How do we consume, wear and own objects with the desire to be perceived in a certain way? 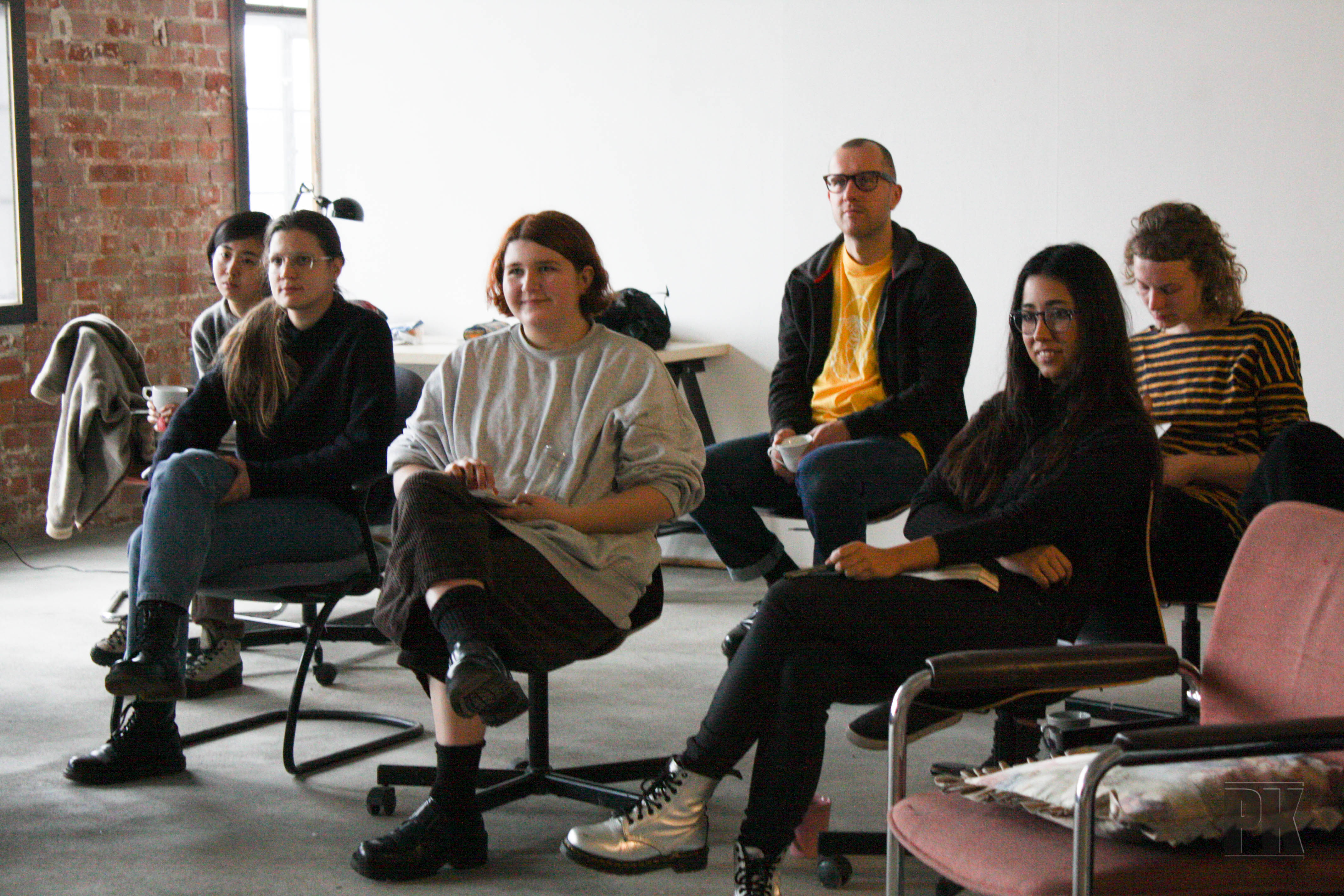 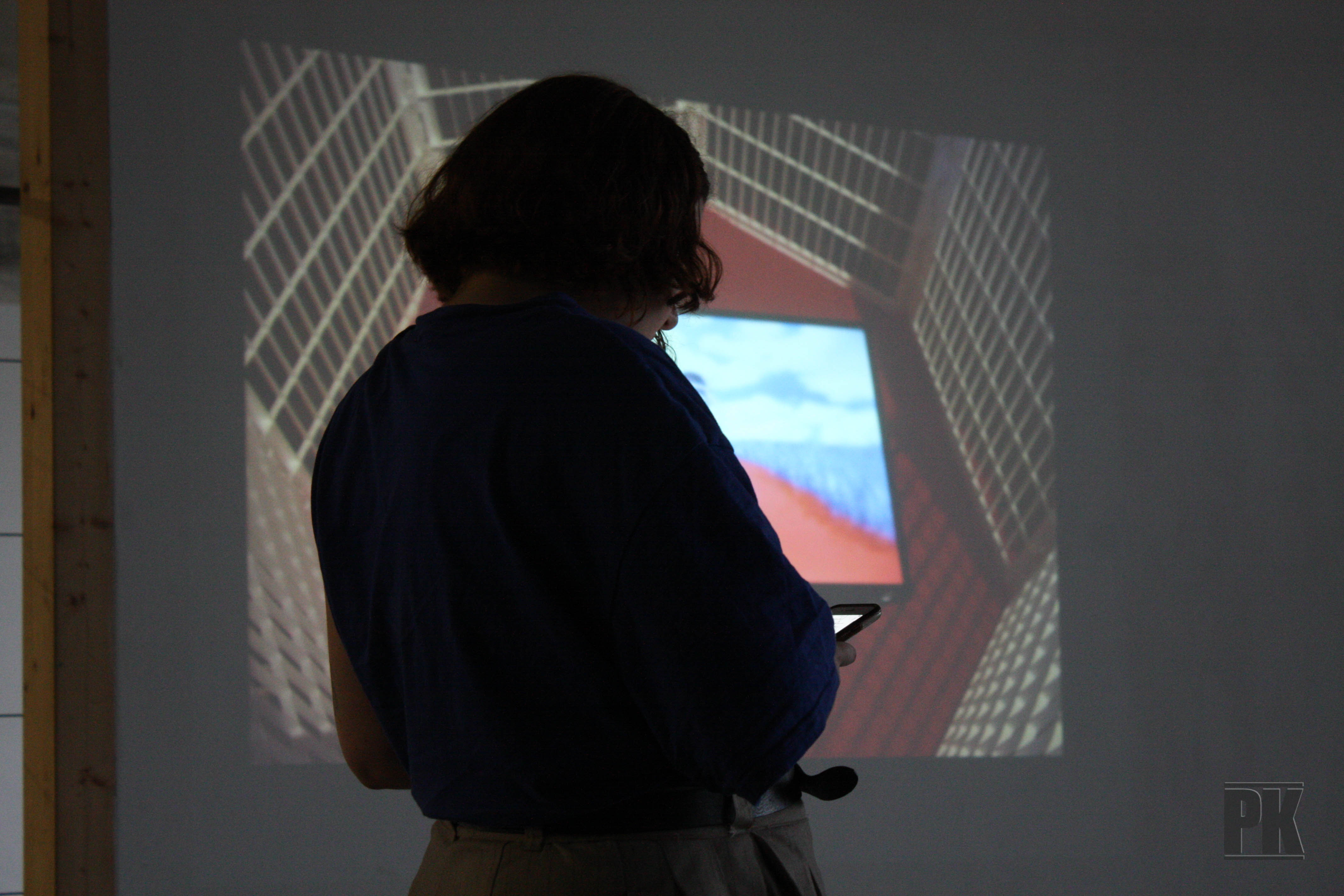 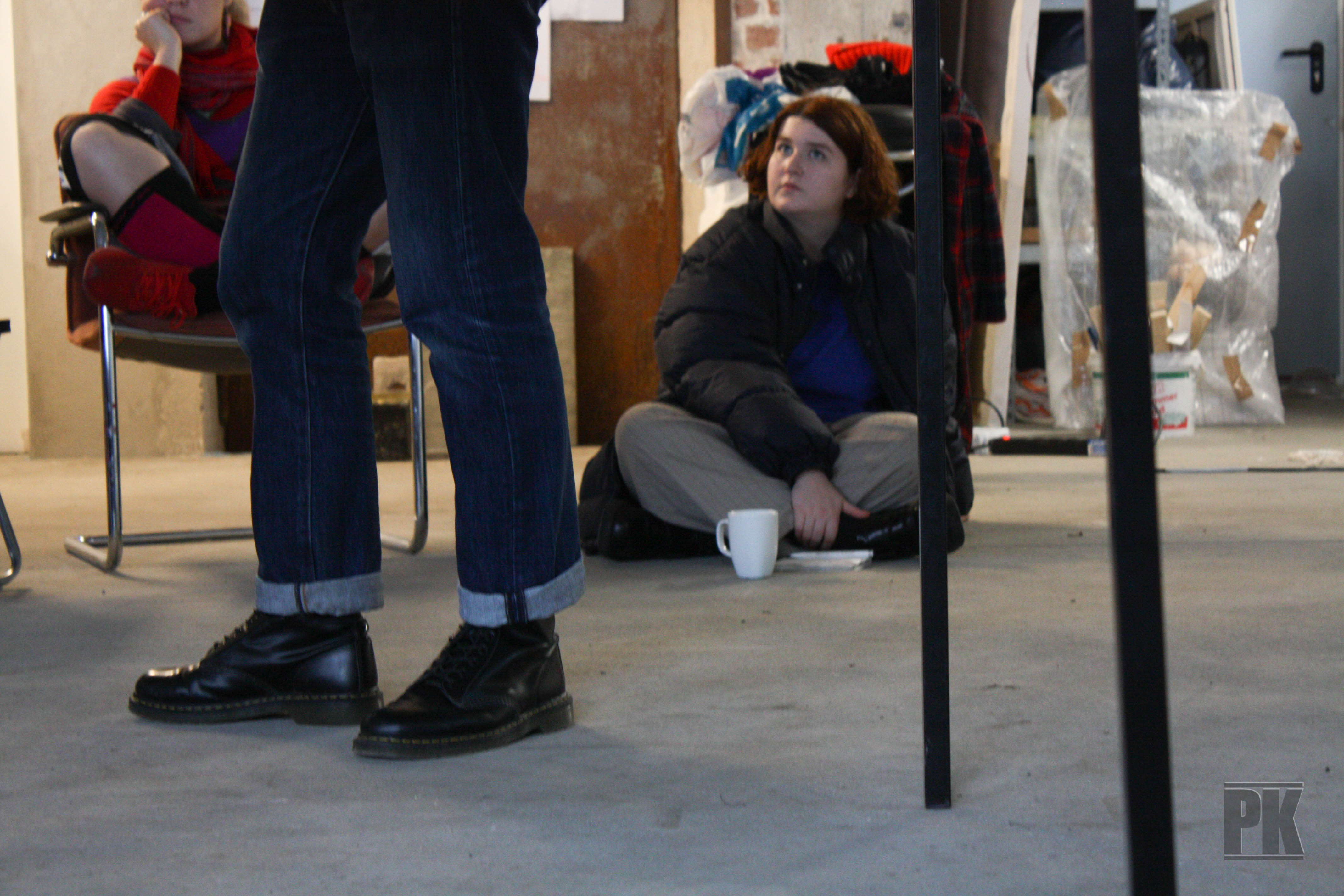 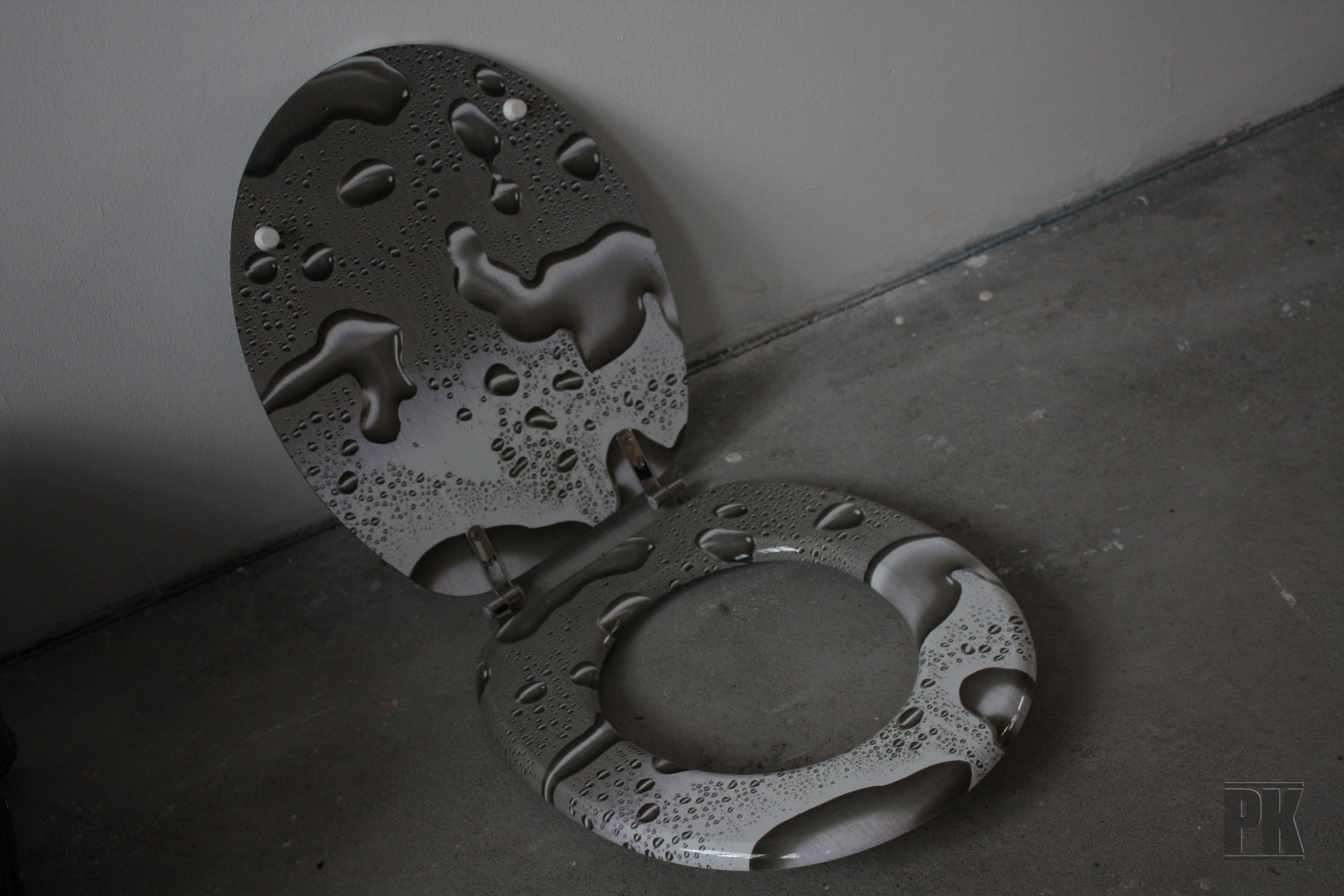 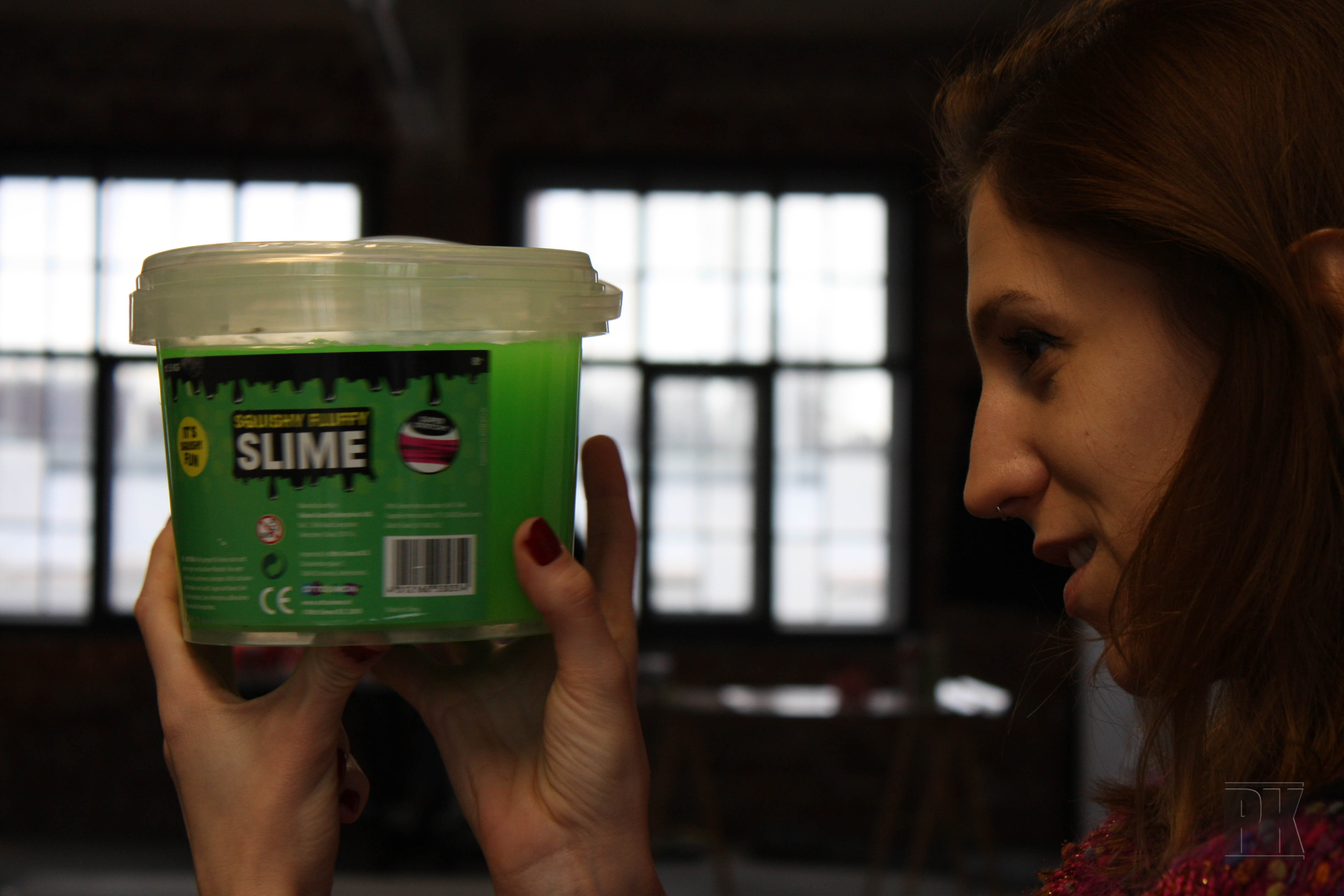 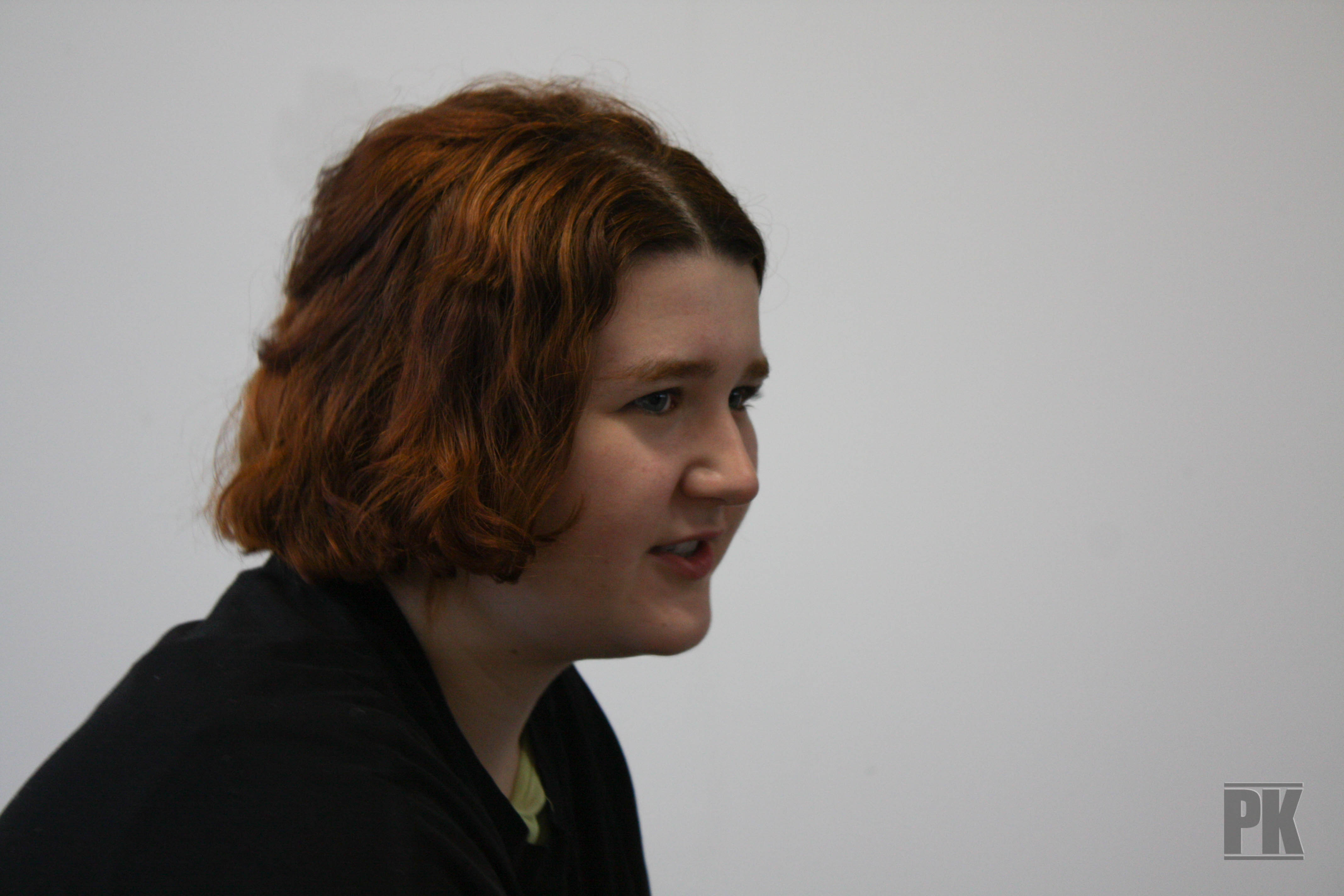 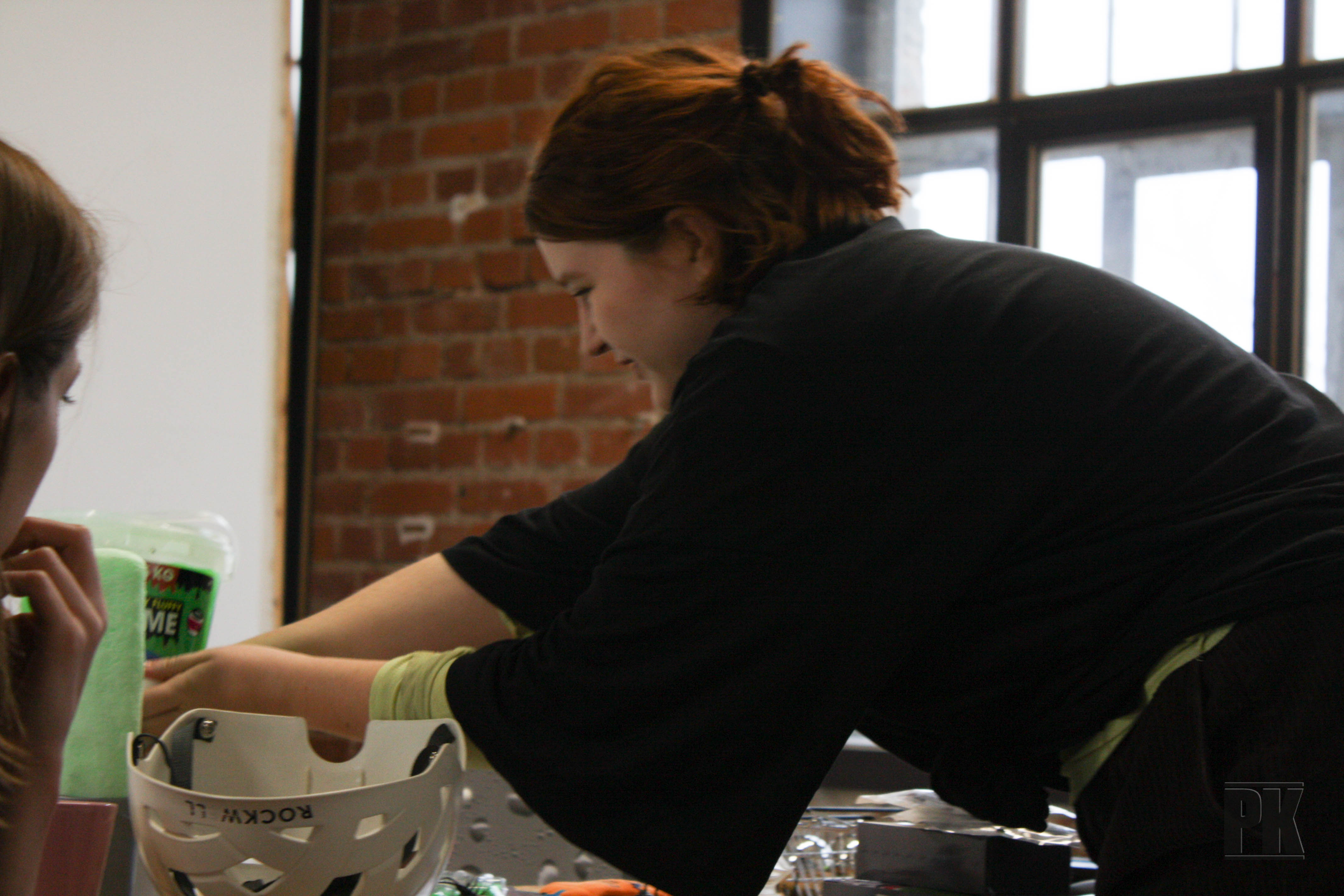 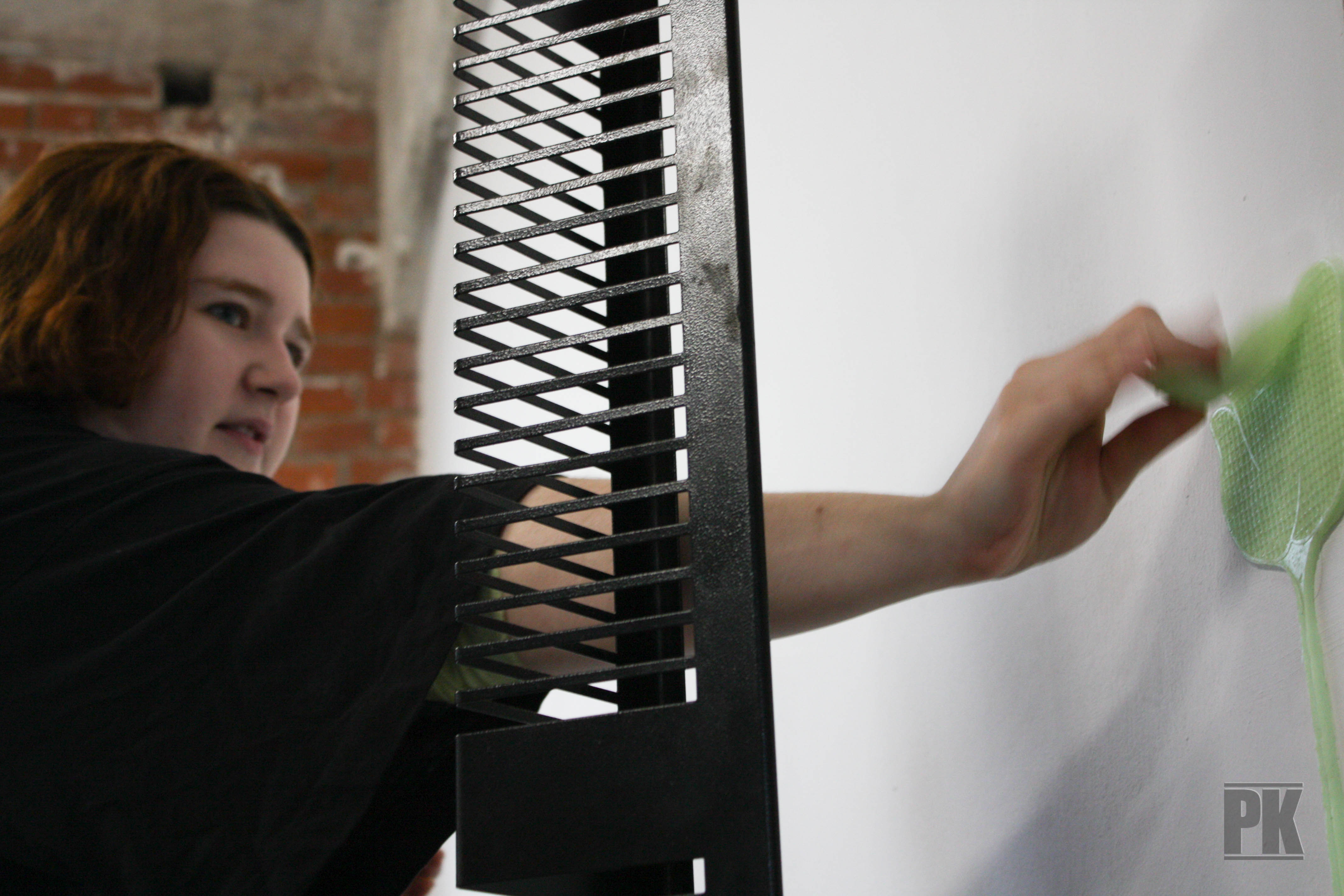 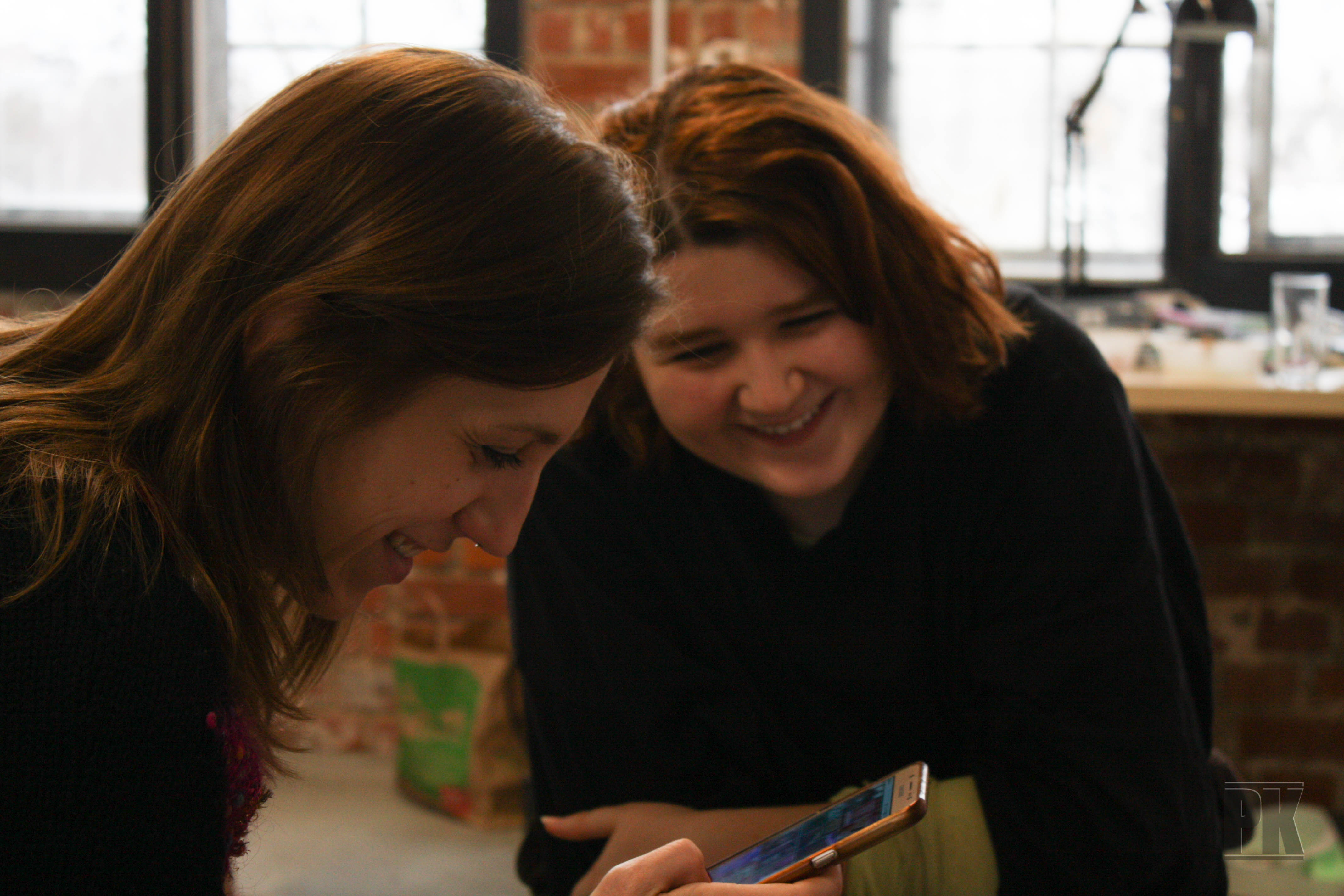 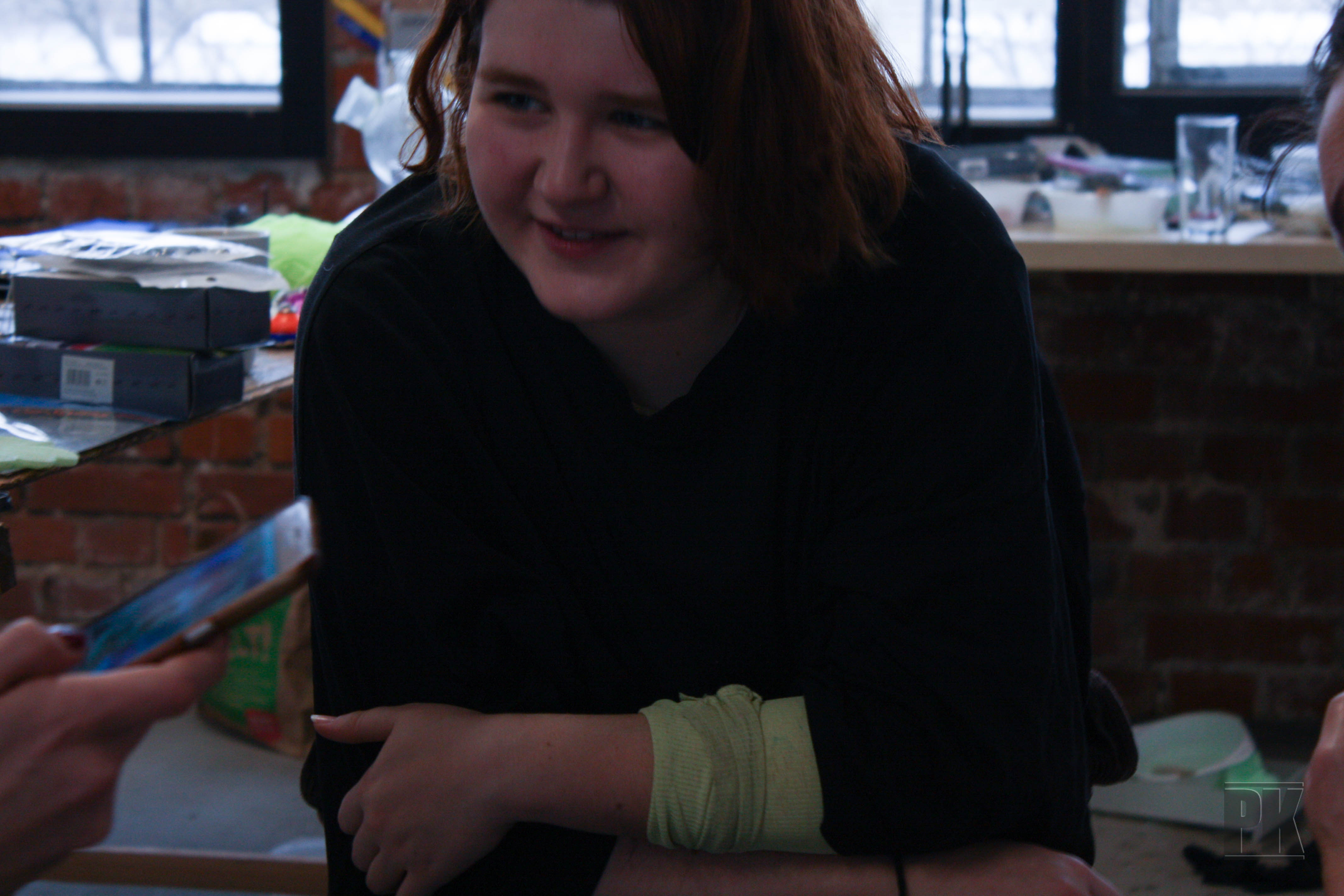 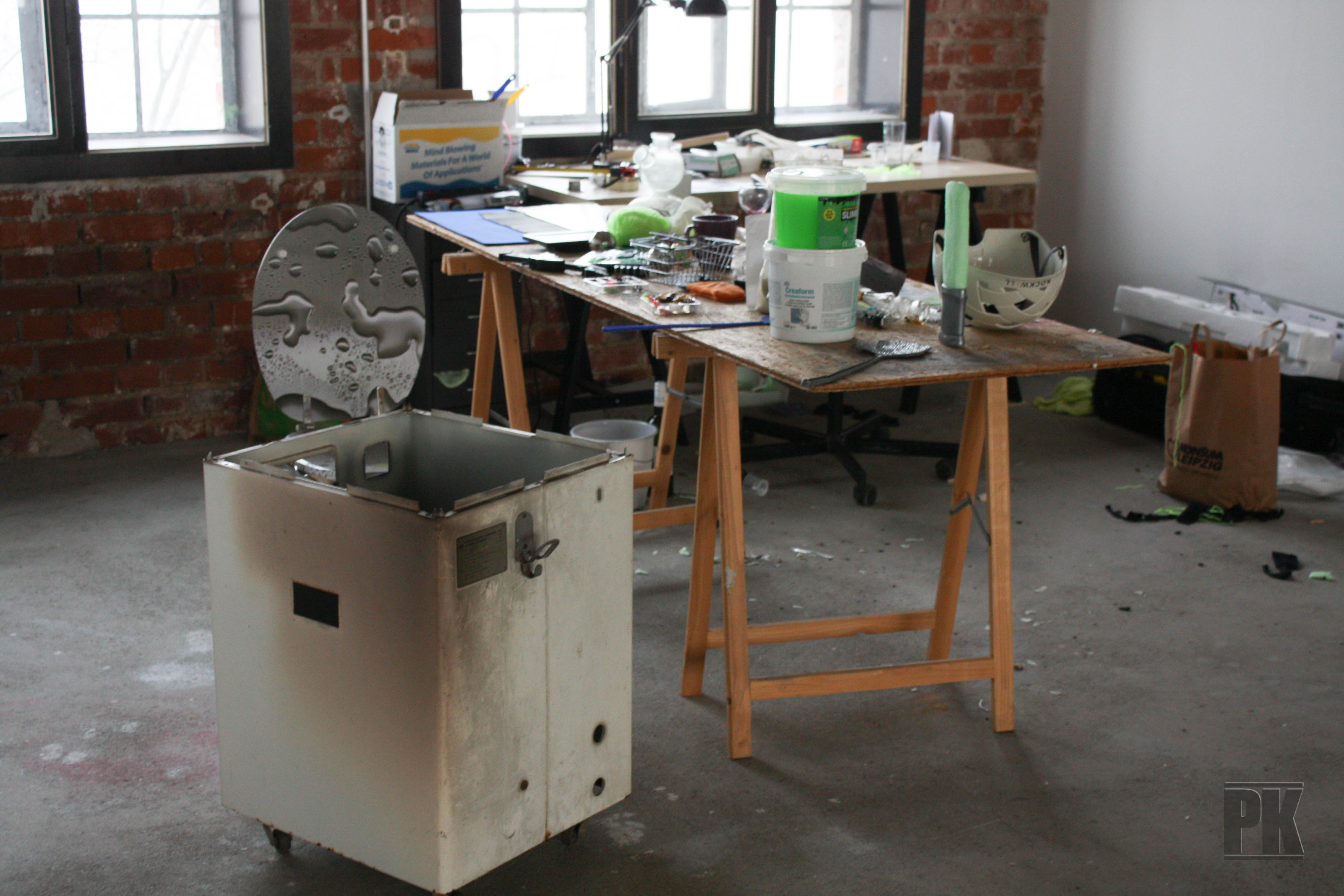 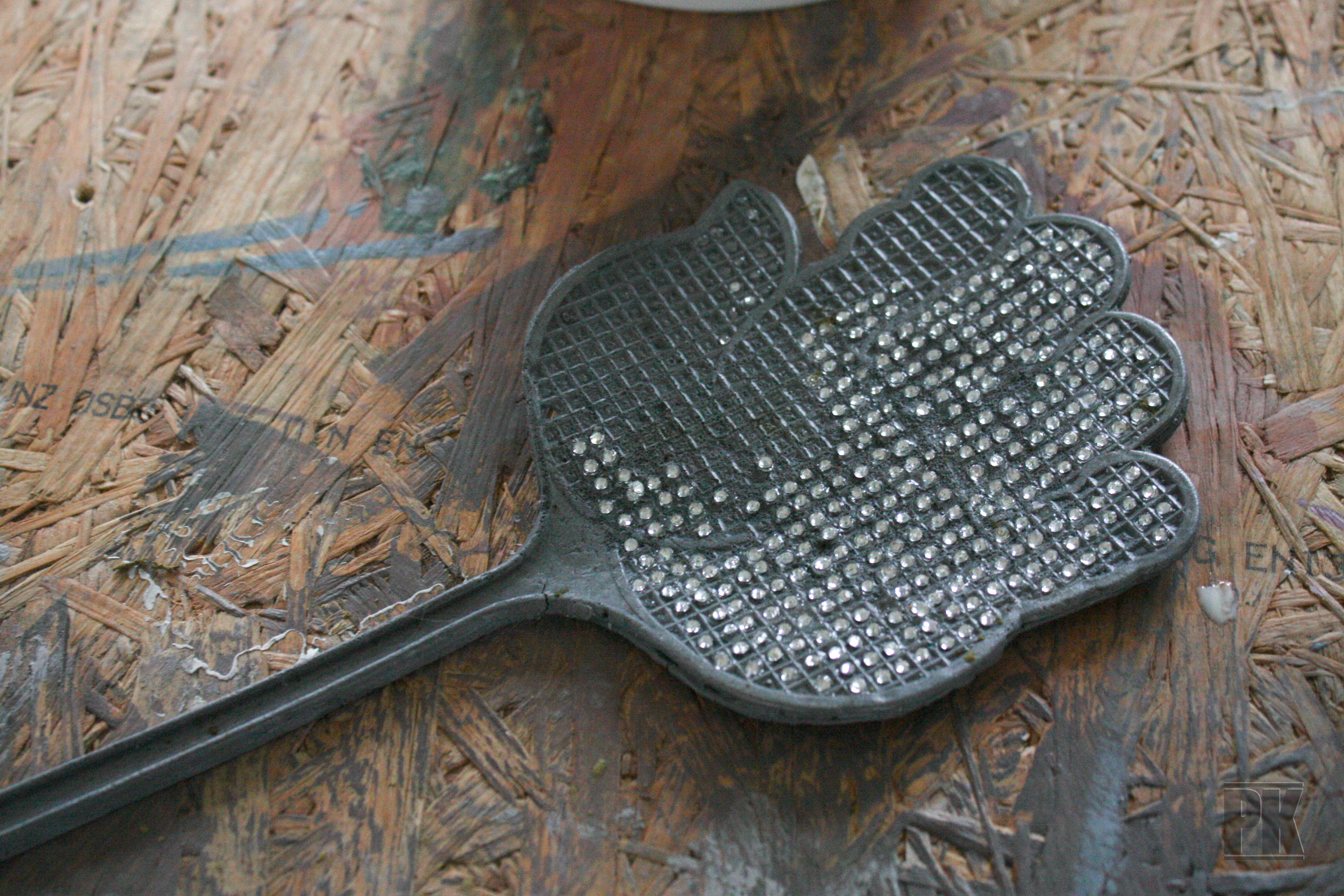 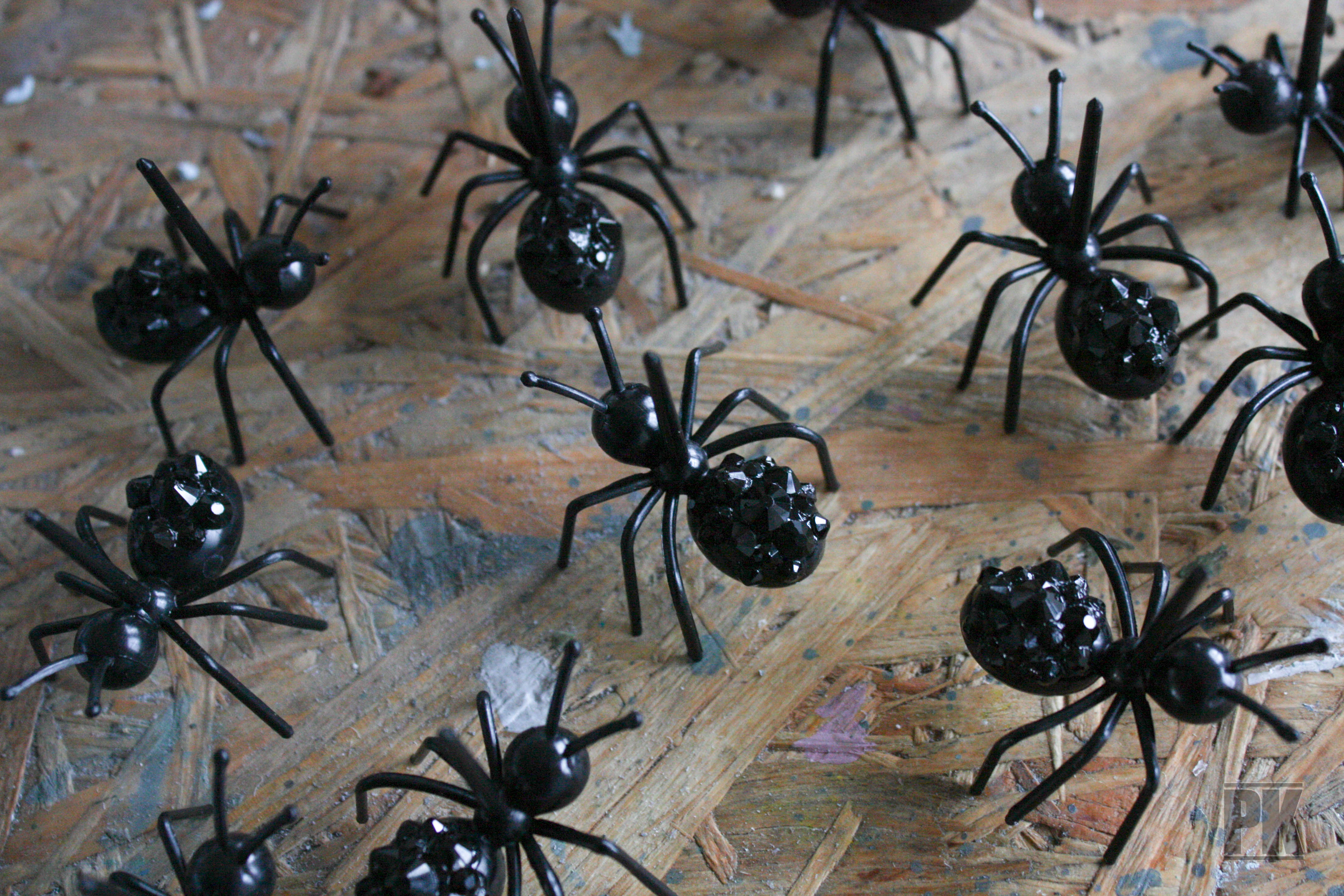 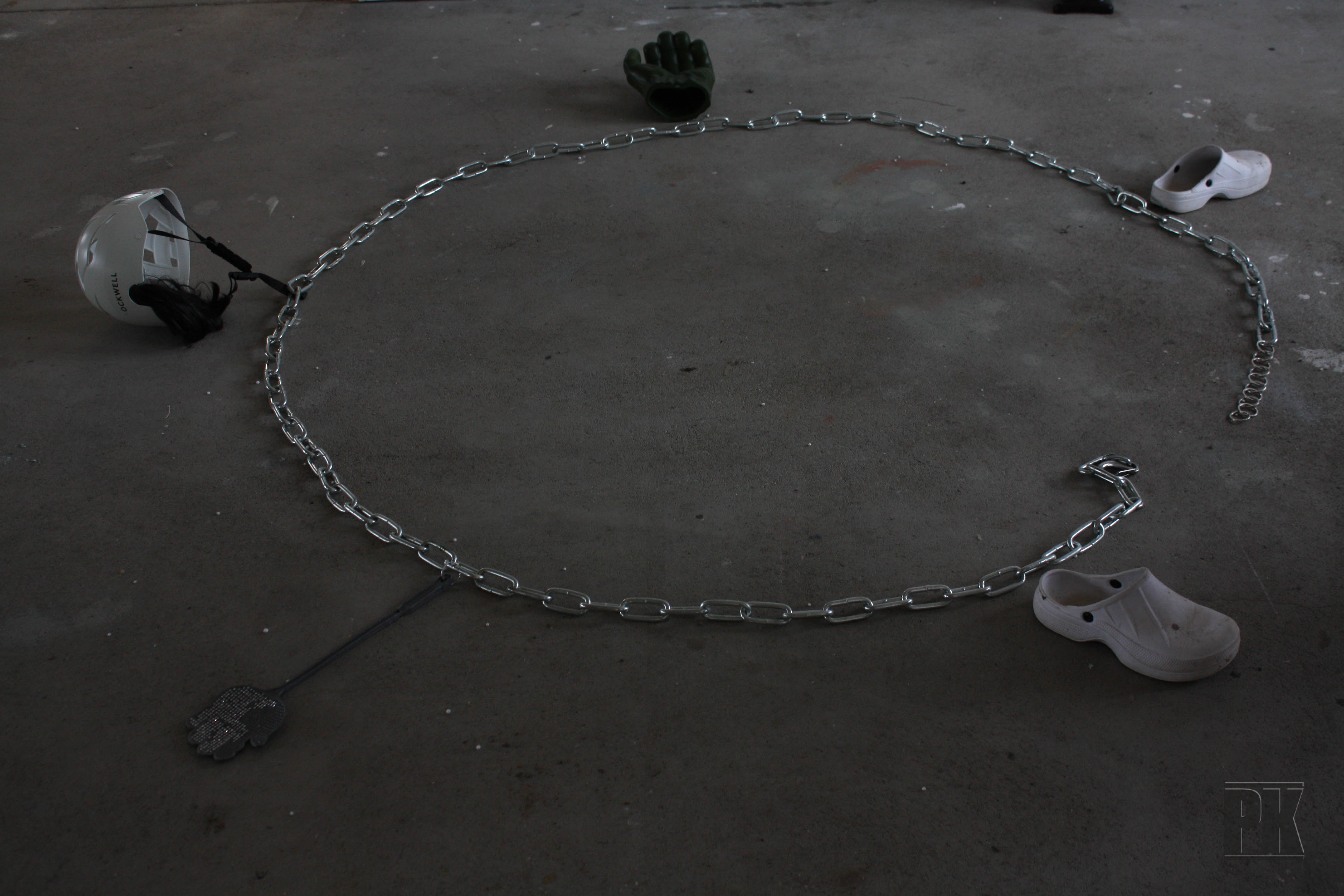 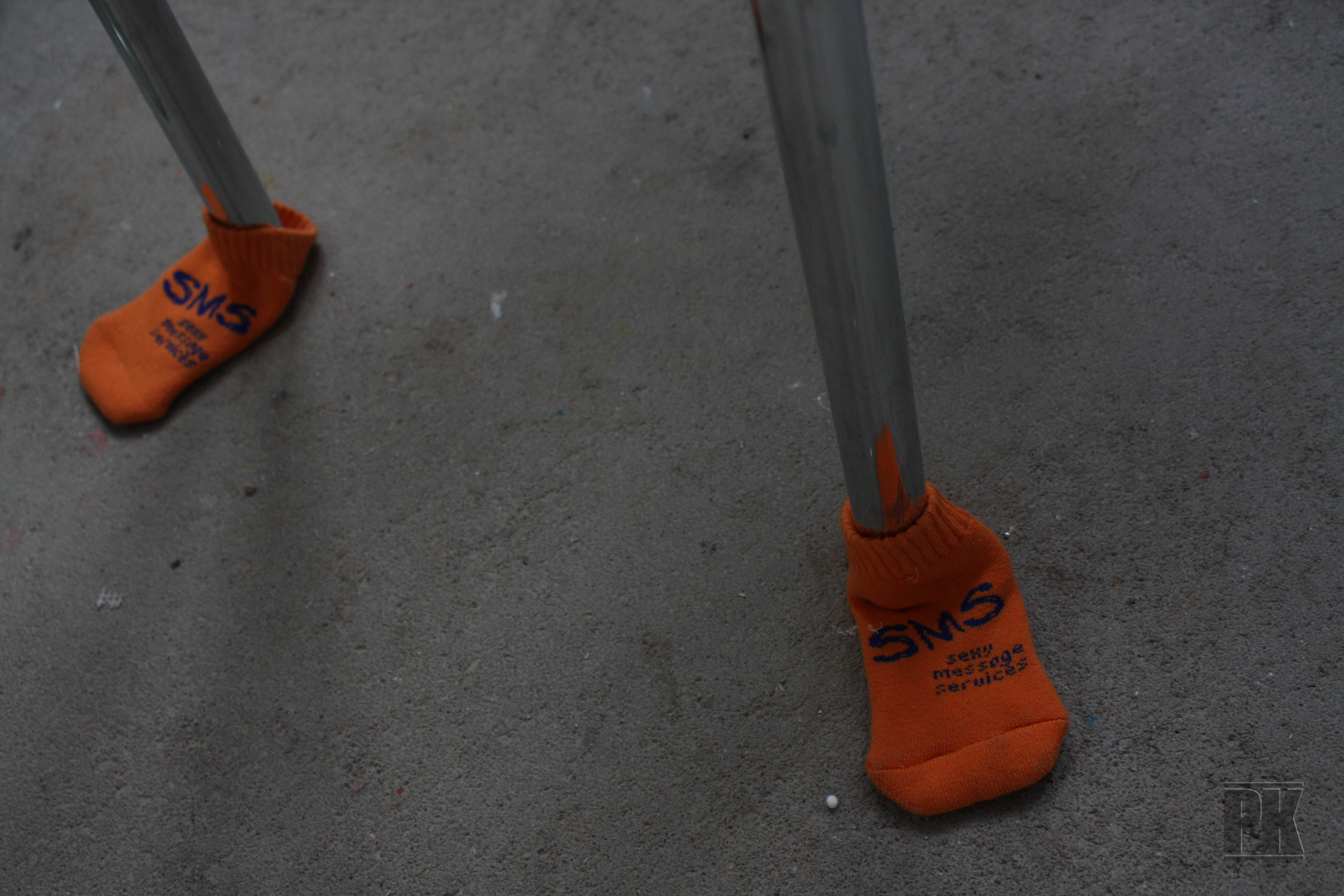 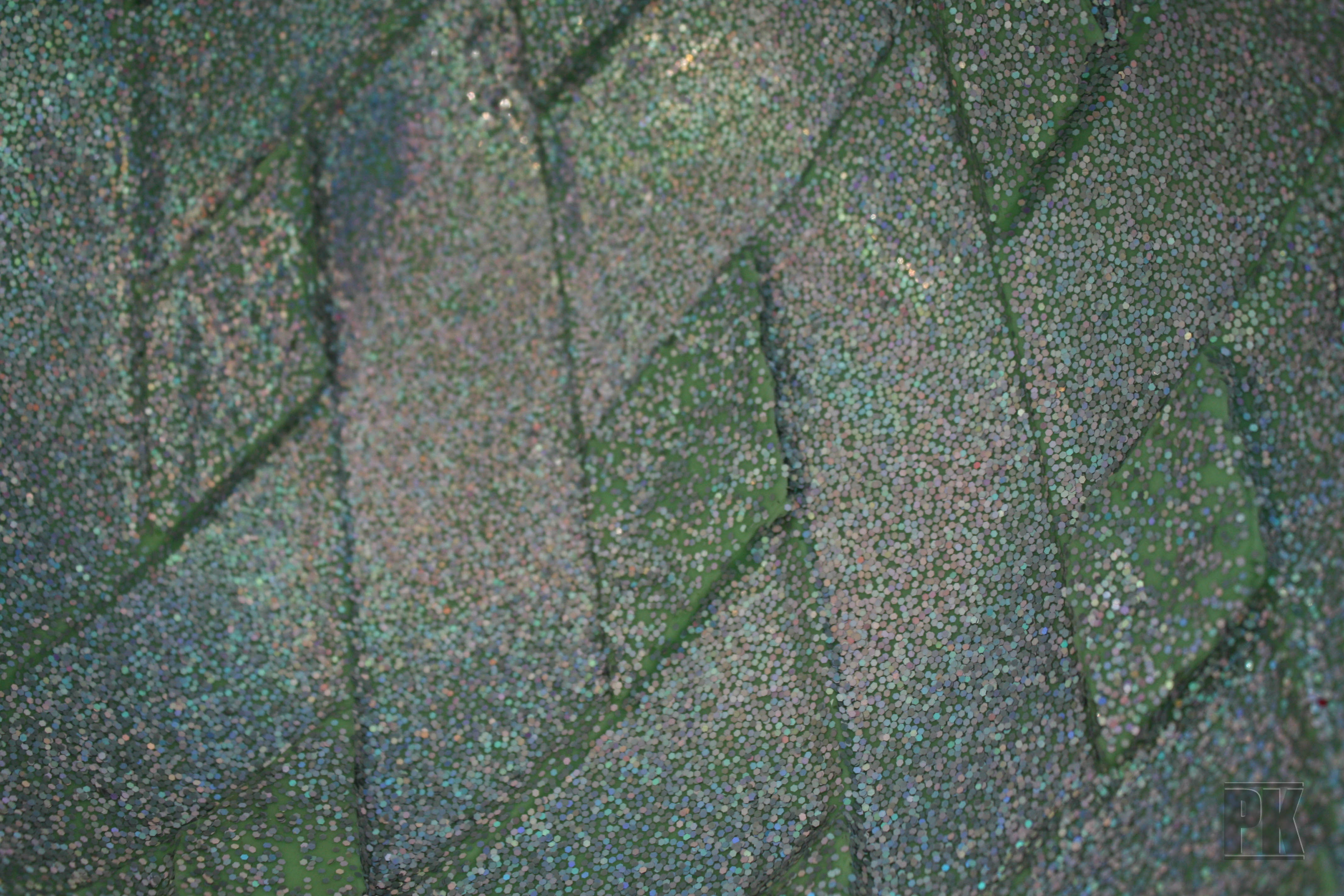 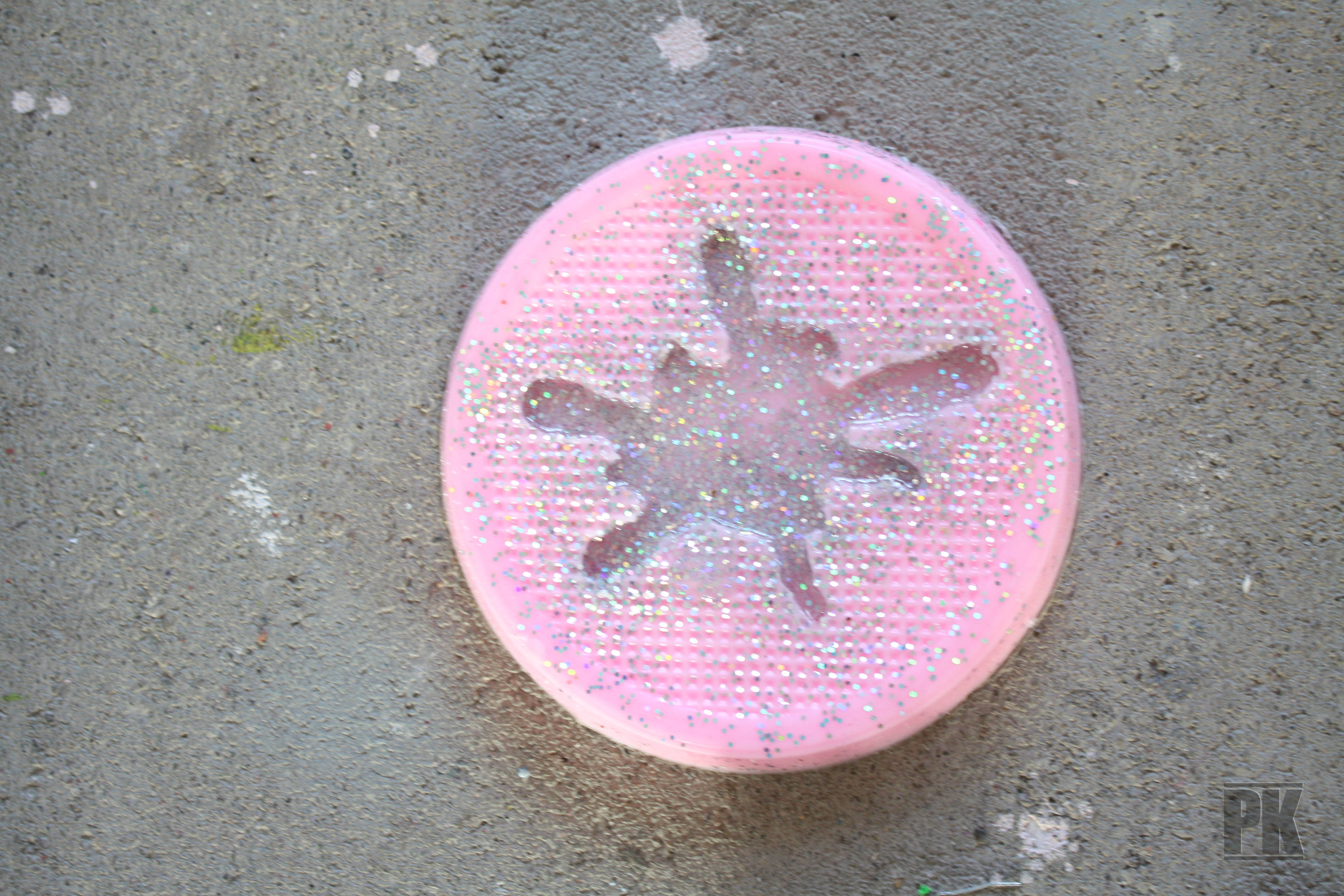 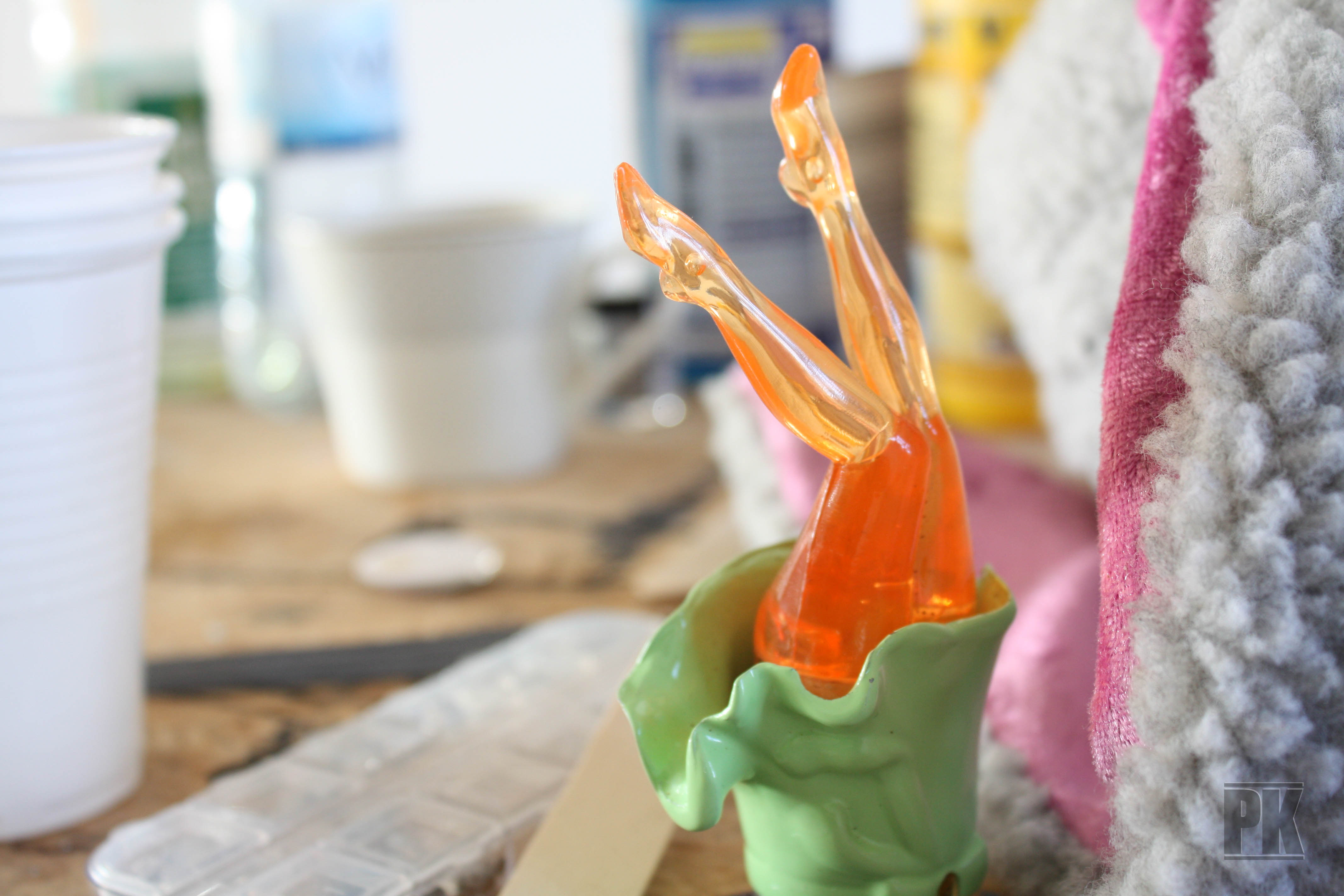 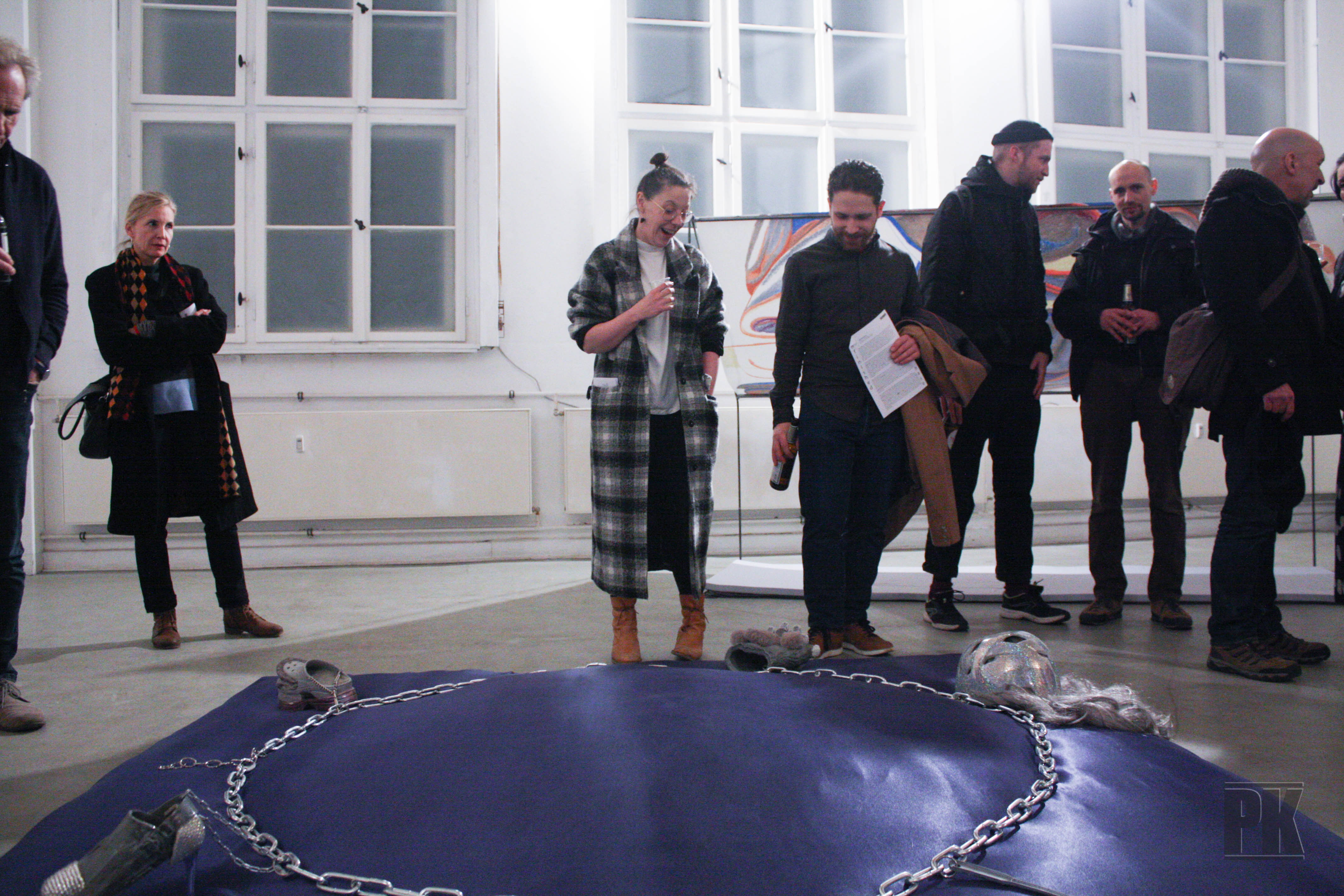 “KUNST BRINGT ERKENNTIS – ERIK ERKENNT.” Erik, a six year old boy, is overwhelmed by Izzy’s installation in the Unfinished Hase vernissage. A humorously oversized charm bracelet, placed on 2×2 metre satin cushion: the room’s assertive kiss of kitsch. After experimenting with painting some of her gathered objects silver, Izzy was reminded of jewellery. Jewellery is something precious which we wear with the hope to be admired and desired.

In particular – charm bracelets. They, themselves, a symbol of Izzy’s practice of collection. “Charm bracelets are really personal as you chose what’s on them, but you only have the cliché symbols to chose from.” But her charms do not fit that of the cliché symbols. Izzy’z charms are playfully recreated from her miscellaneous items; a flipper rebranded with a heel and diamante embellishment, a sponge hulk hand with a glamorous manicure holding a smart phone, a personified croc shoe, wearing braces.

It is evident in her surreal creations that Izzy is inspired by sci-fi movies of the 70’s with her irreverent hints to a dystopian future. She speaks of the acceleration of technology, and how it has changed our relationship to everyday objects whilst allowing us to secure our humanic positions in the world.

Technology has enabled us to be more stable when it comes to fighting the unexpected wraths of nature, but when everything is made available to us with new technologies, do humans become a resource: Human capital, in which we become defined by what we provide. And maybe the most extreme form of accelerationism – a world in which humans have become obsolete.

All of the above being ideas that loom over me, as I leave my conversation with Izzy. When asked if she has any ideas of what she will create for Fast Kotzen, her next group exhibition at Pilotenkueche, Izzy explains that she will continue to explore the term Self-objectification. “I wanna do some crazy special FX make up,” she claims. Maybe a zombie, maybe a Bratz Doll. She wishes to take the focus away from her collected objects, and instead shine a light on how we self-aestheticize ourselves to become the object.

Come and see Izzy’s works in the following shows: