French artist Clement Bedel transports us into an oneiric space and time. He does it through the vivid realism of his enormous painted canvases. The environments, in which spectators feel immersed, oscillate between the real and the fantastic.

The world he represents is a sort of hybrid. These places invites us to reflect on the direction the earth is going: from the indifference to war refugees, to the carelessness towards the overconsumption, the environmental disasters and the consequent climate change.

Clement began his artistic career making videos and installations. Only in recent years, after moving to Serbia, he began to paint. His interest was born with the admiration for Max Ernst’s surrealism.

As in a dream in which we can’t run, his figures seem trapped in a melancholy context. He explained: “The occupants of these landscapes are, in their German romantic passivity, the recipient of the Weltschmertz, the word used to express the feeling of one carrying on himself the weight of the world”. The figures are often lonely; they are impersonal, faceless and could be identified with anyone. 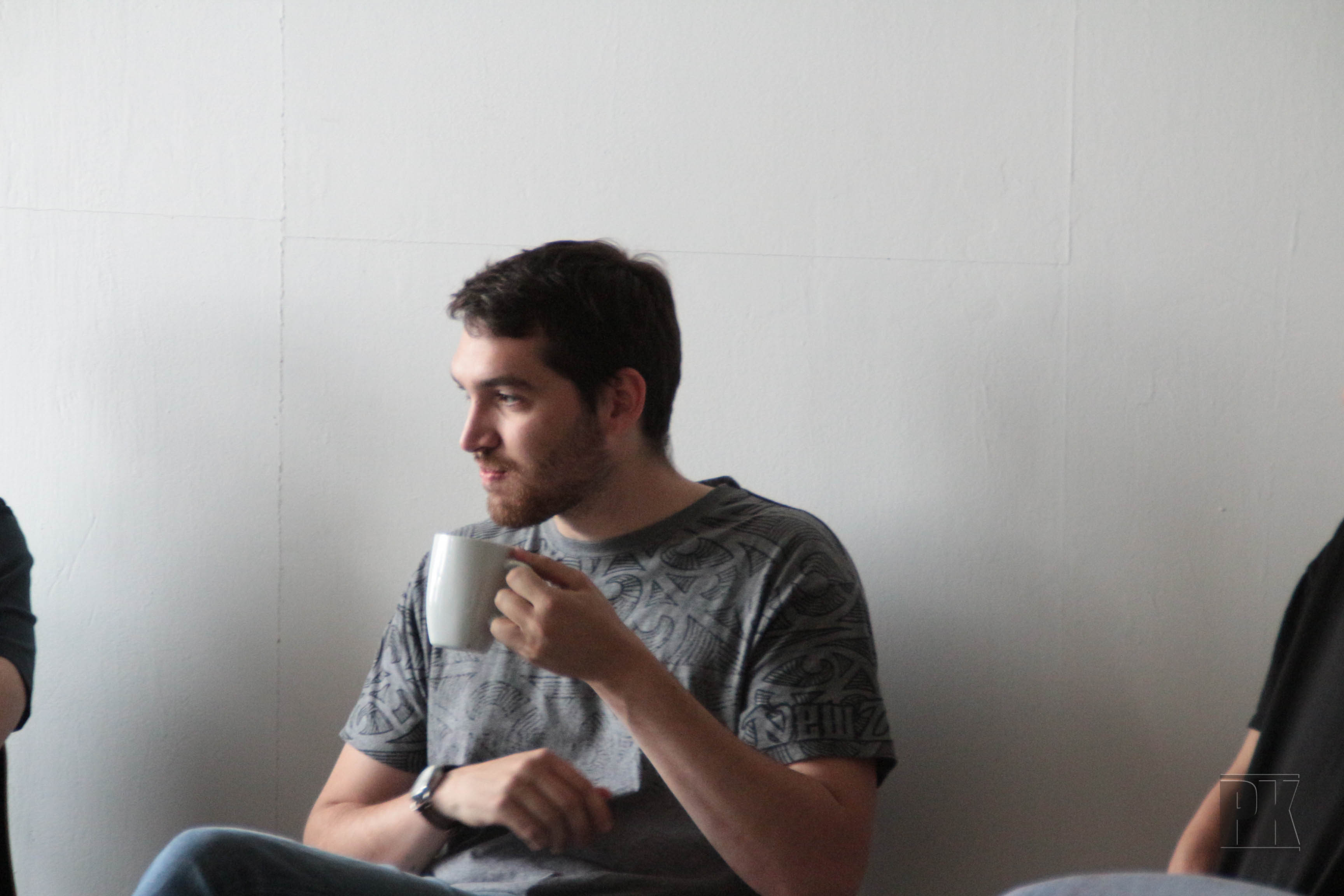 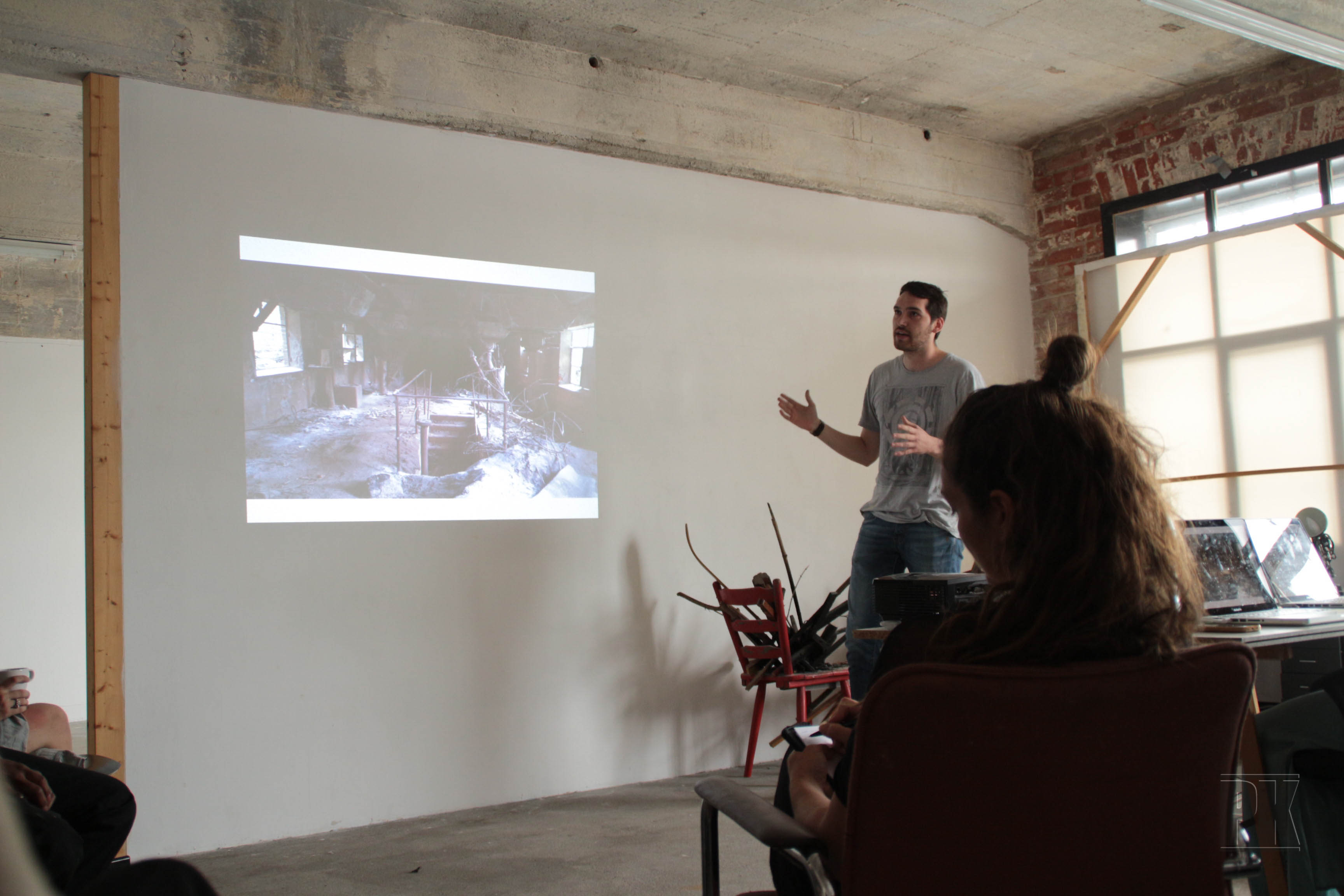 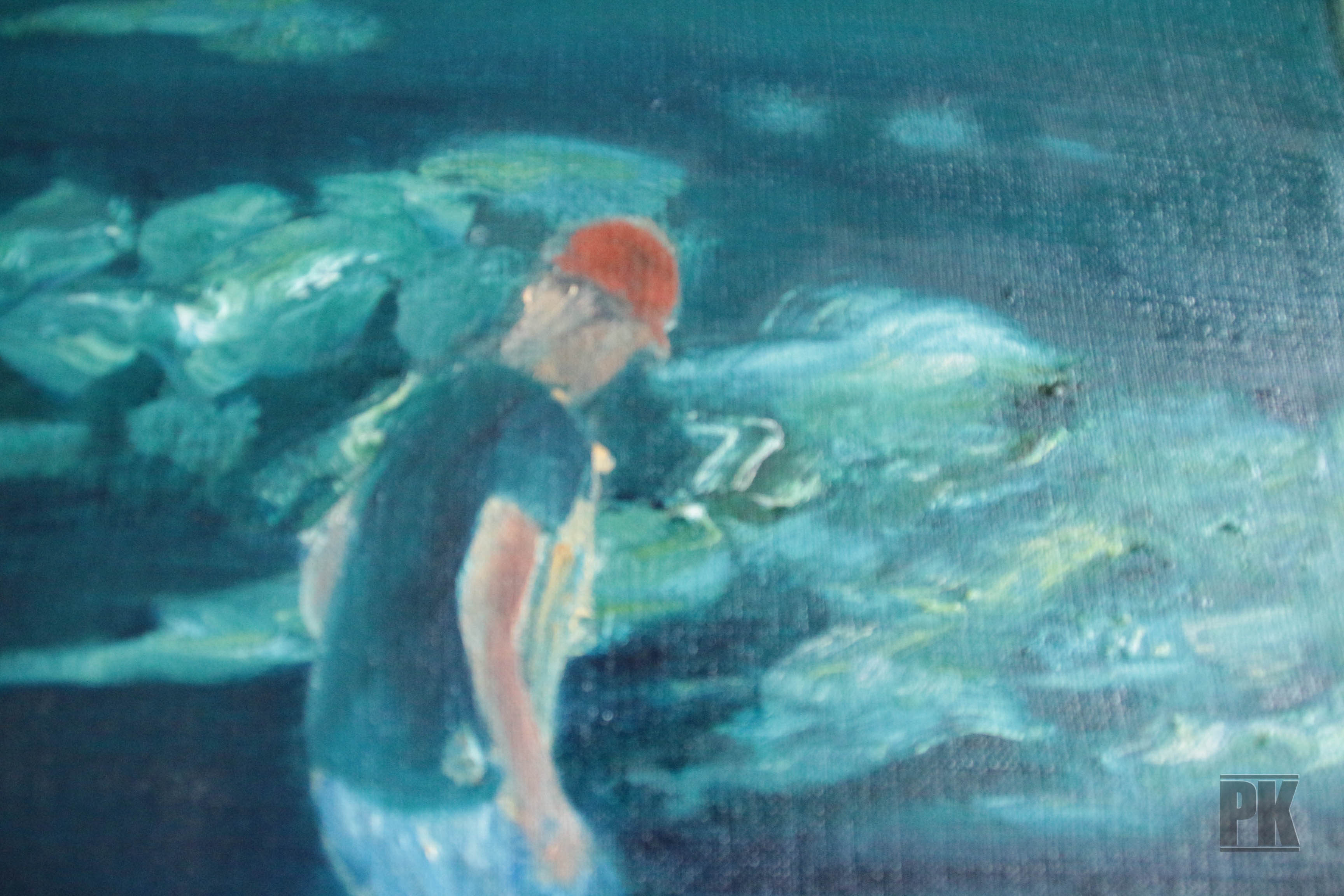 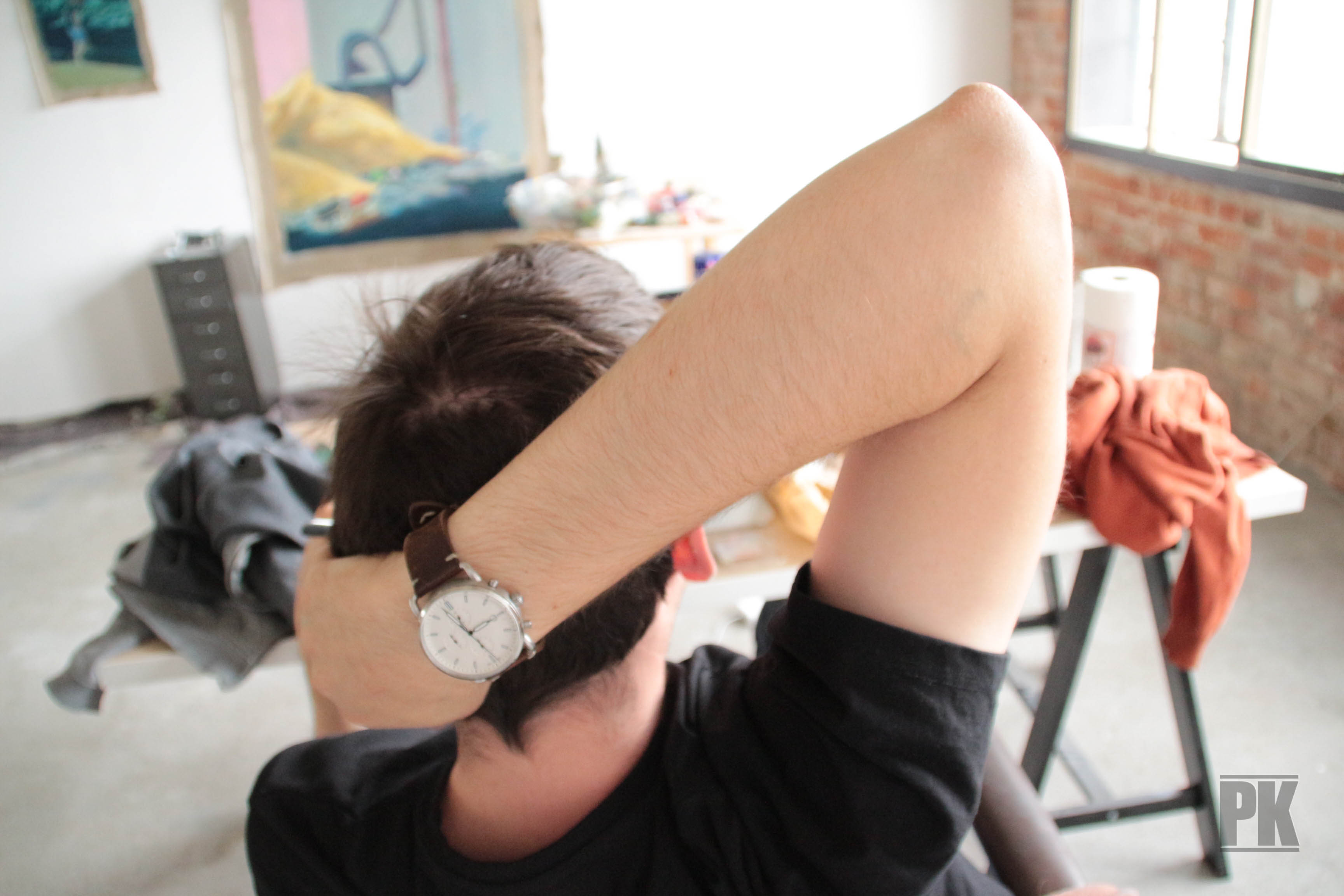 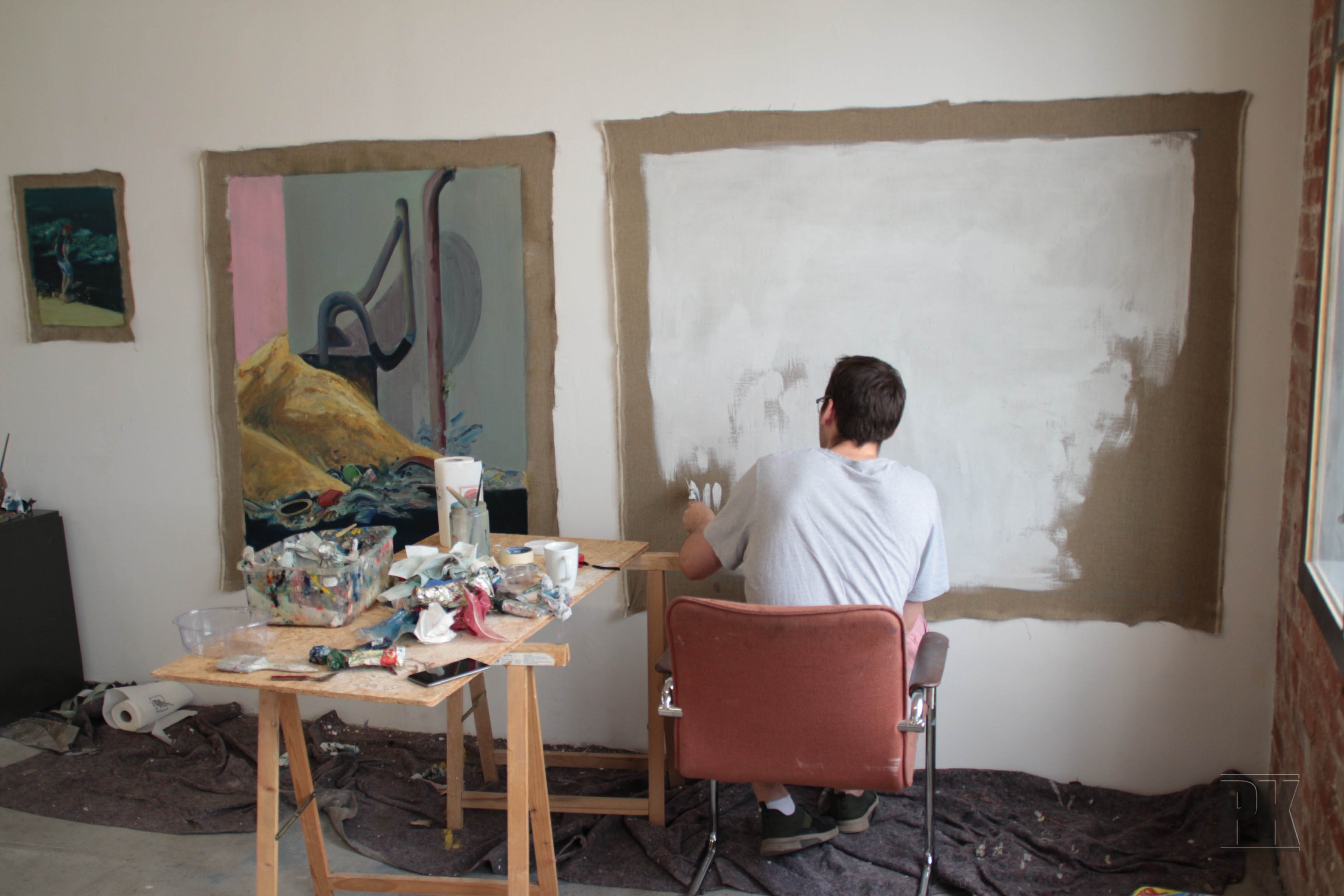 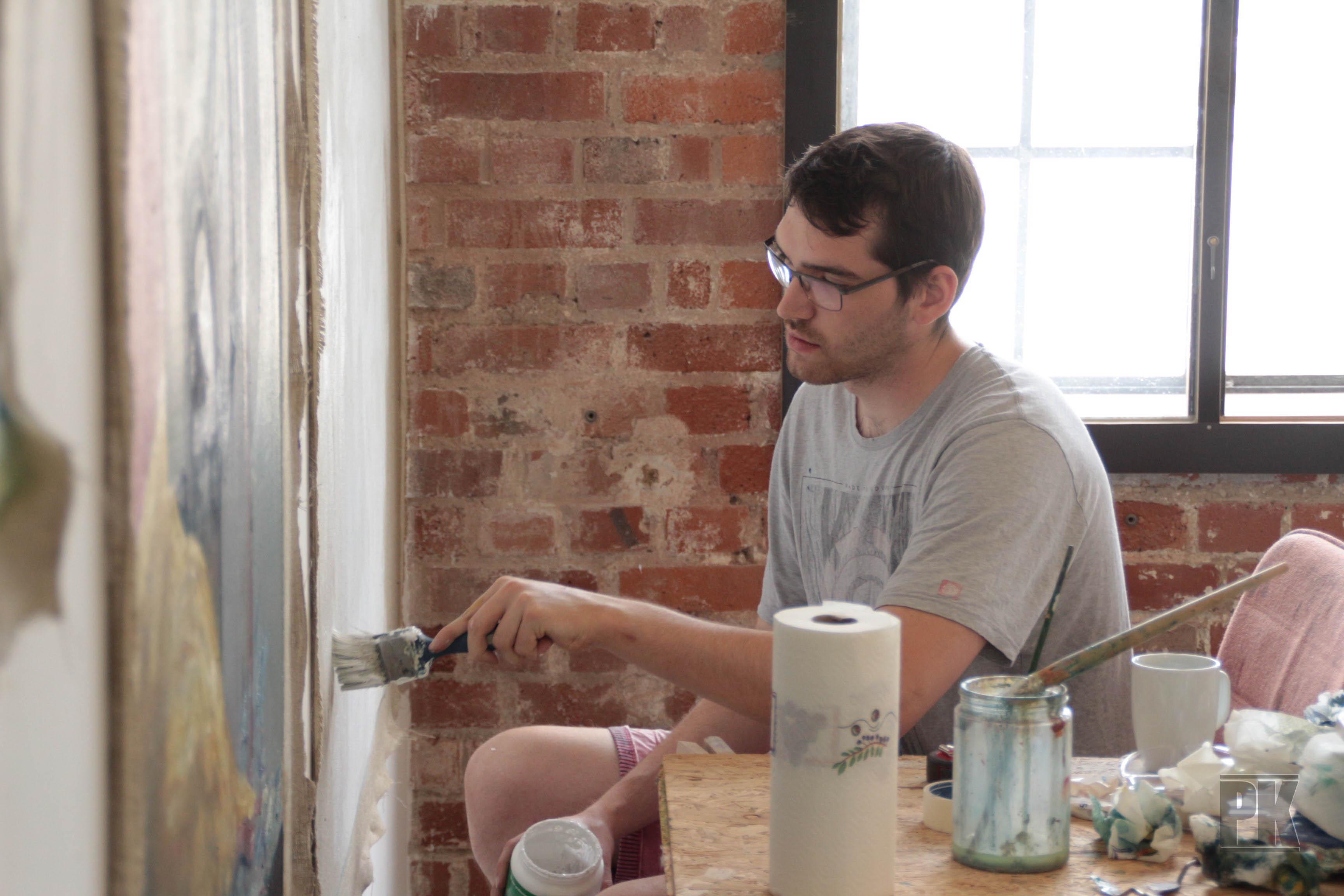 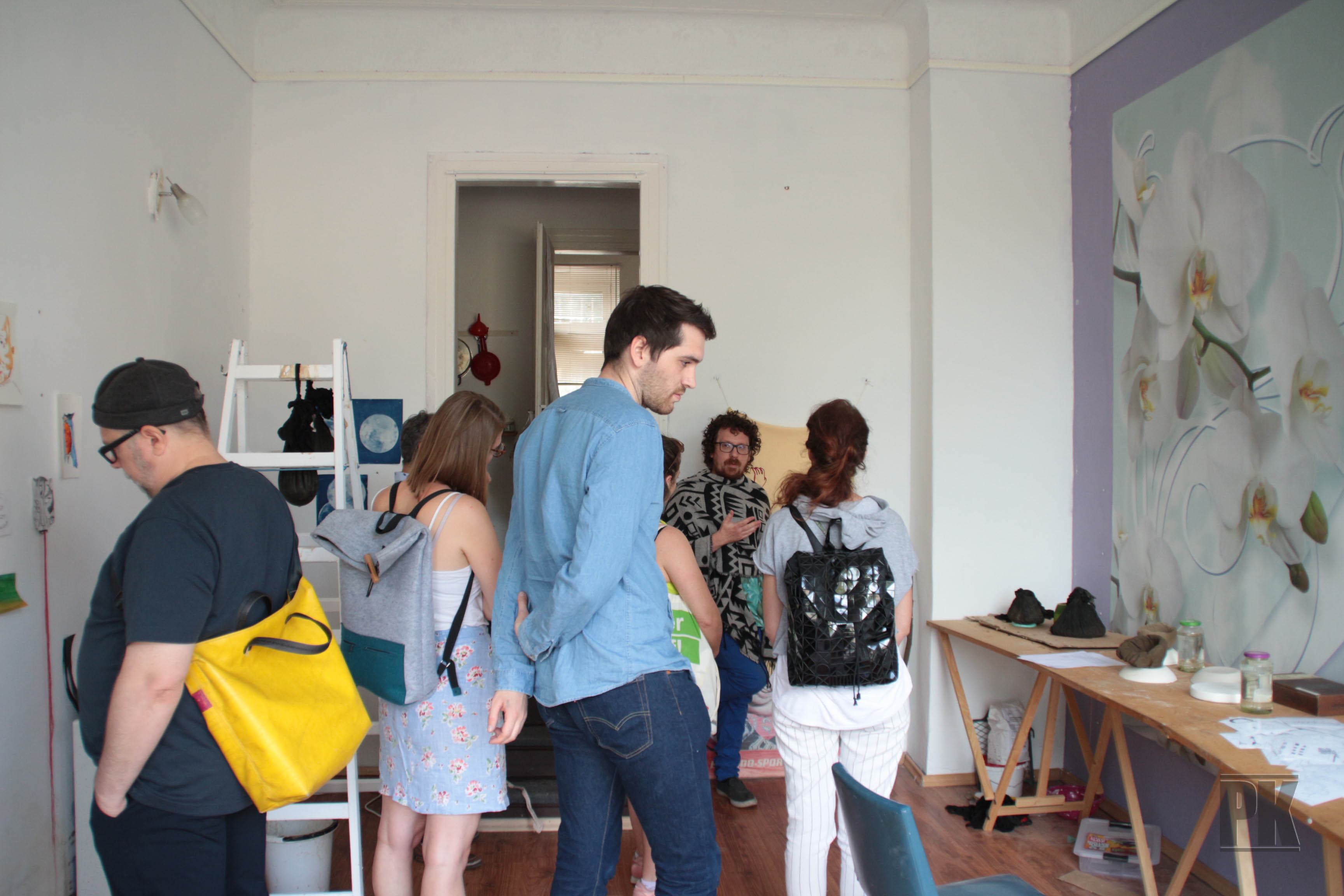 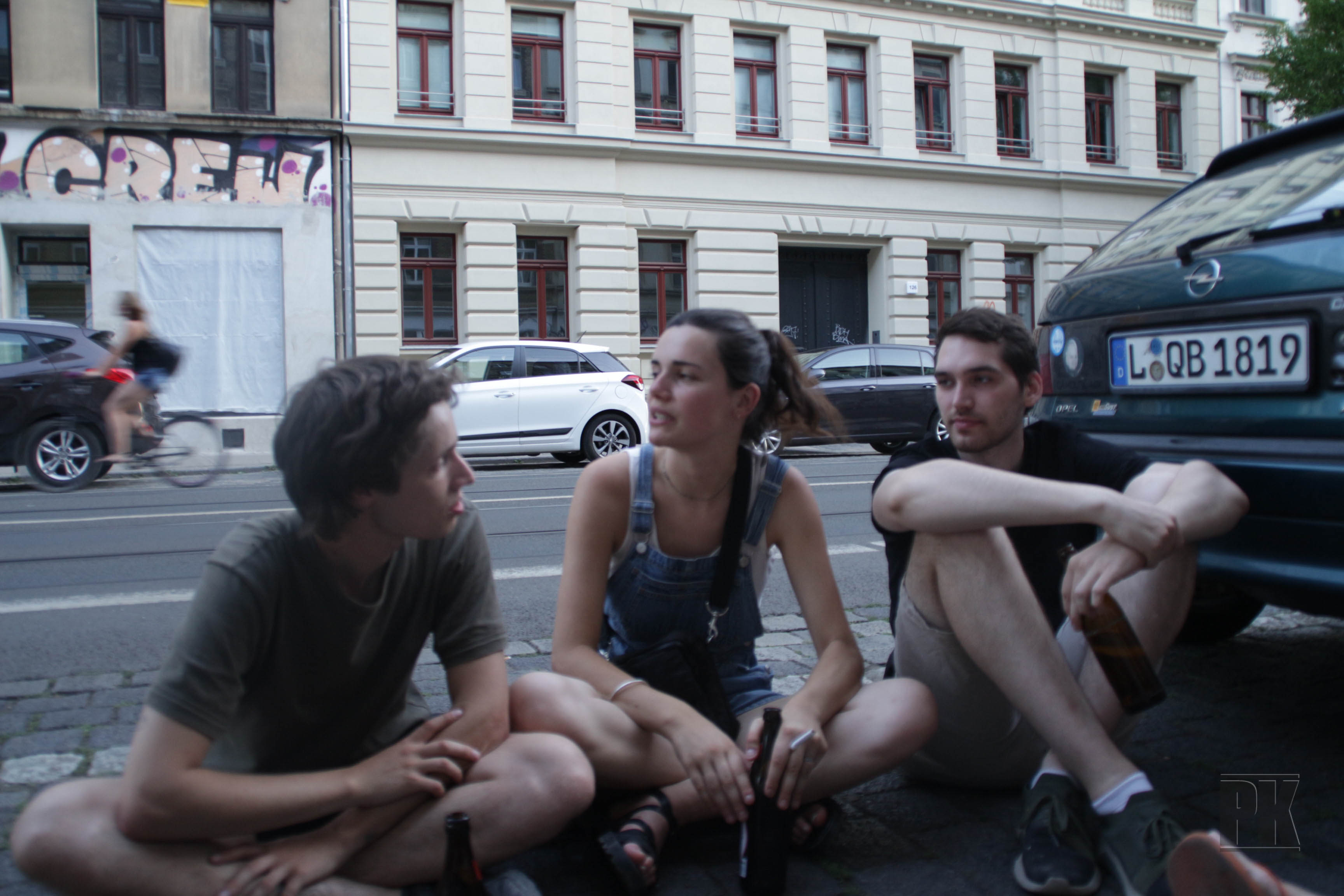 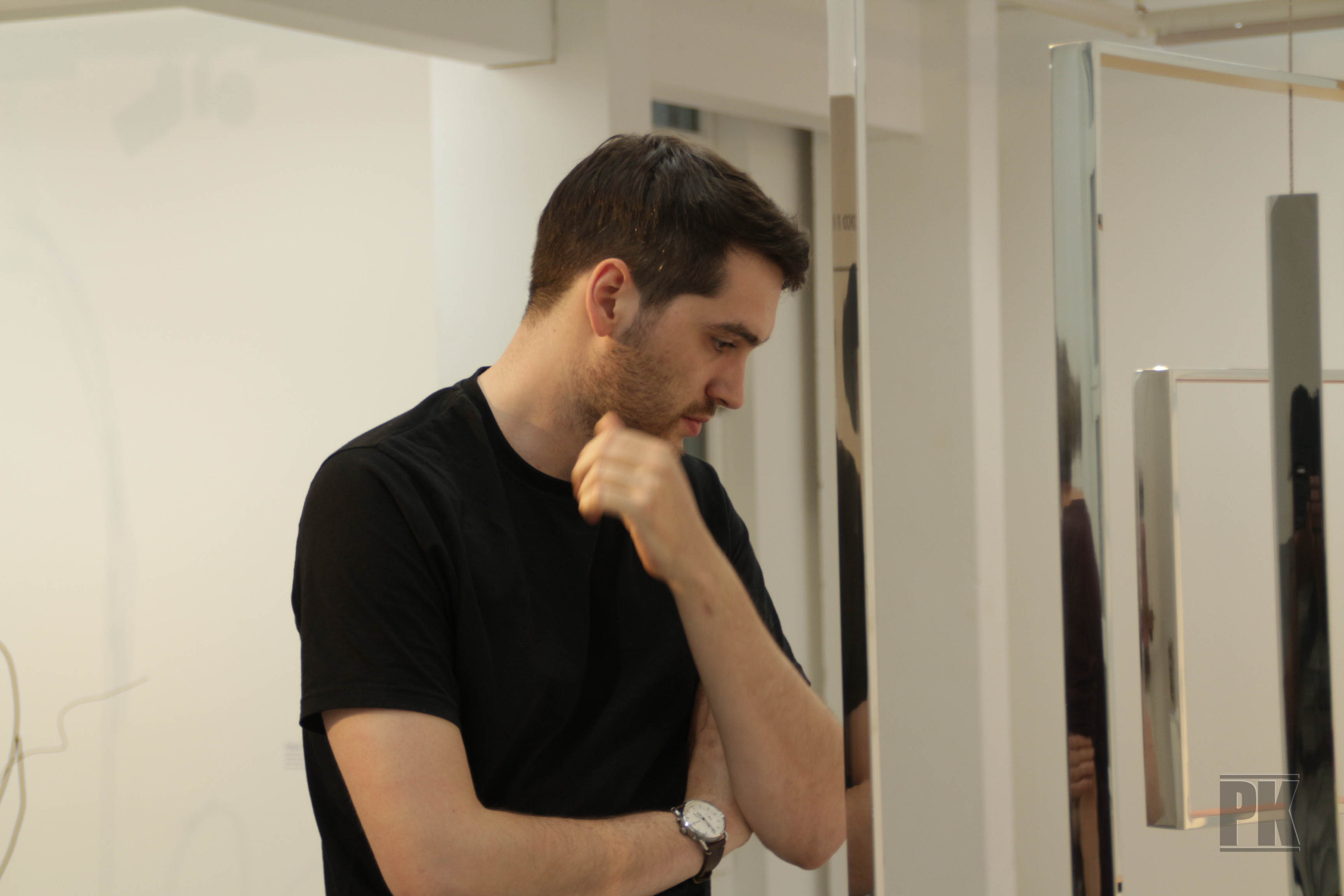 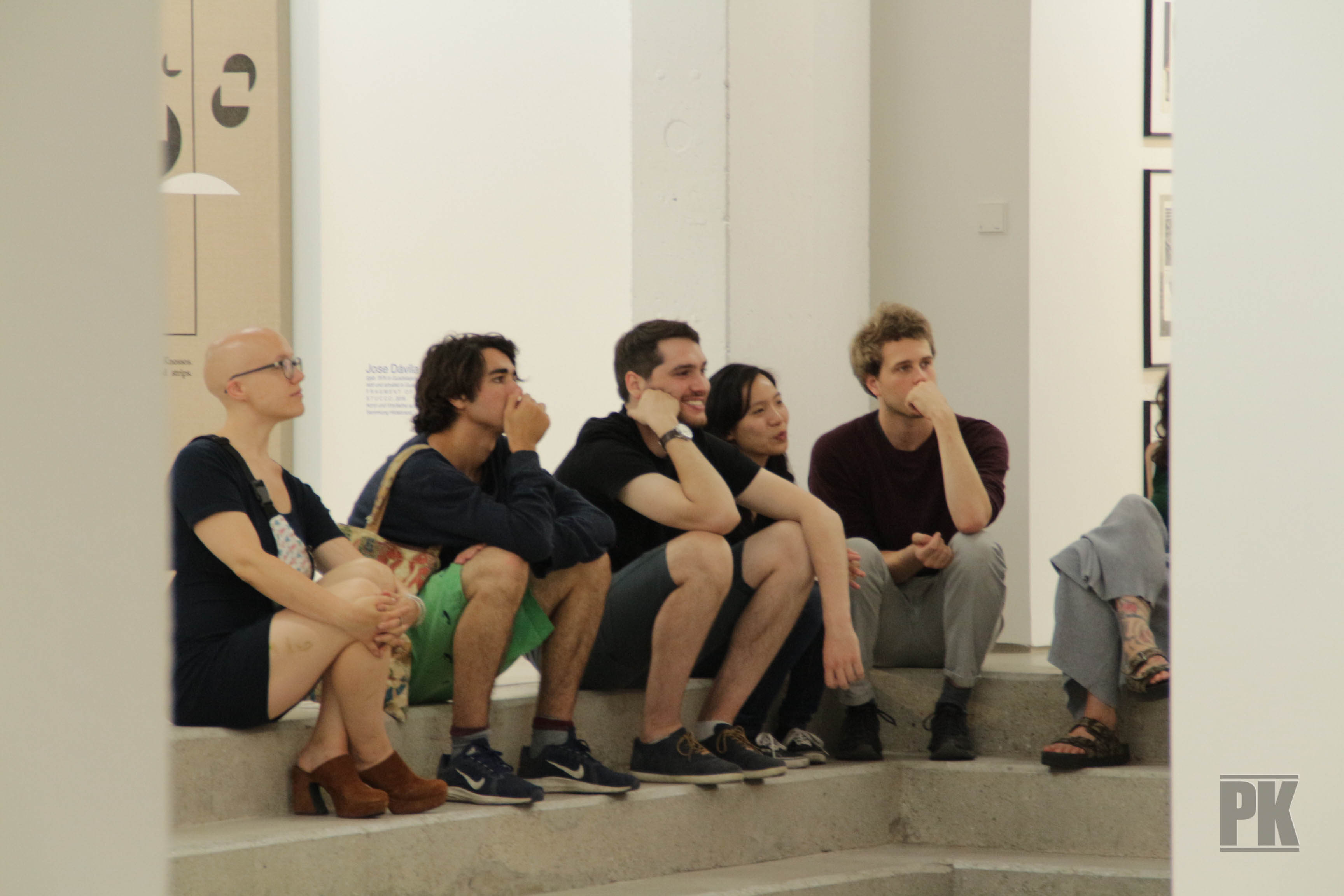 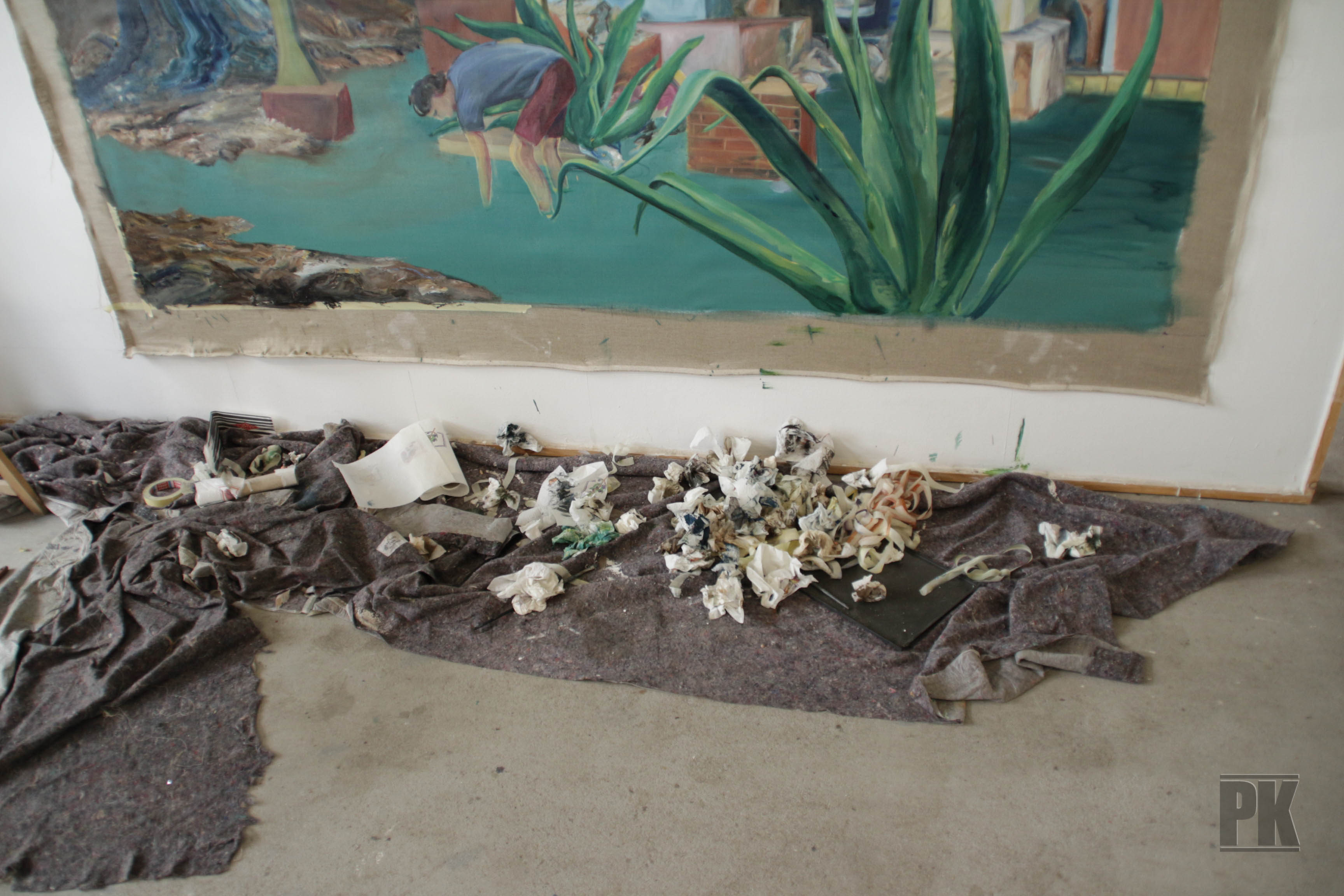 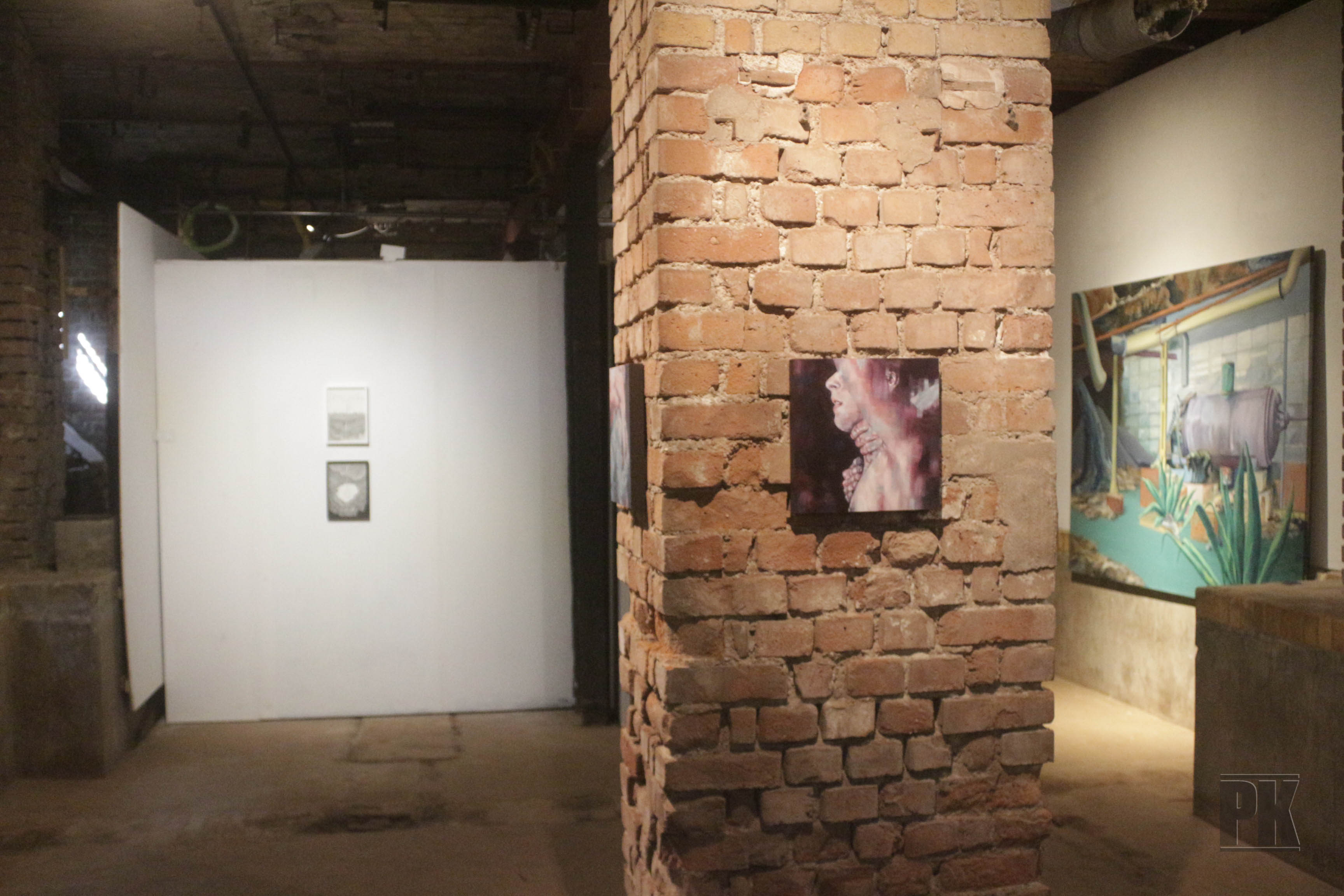 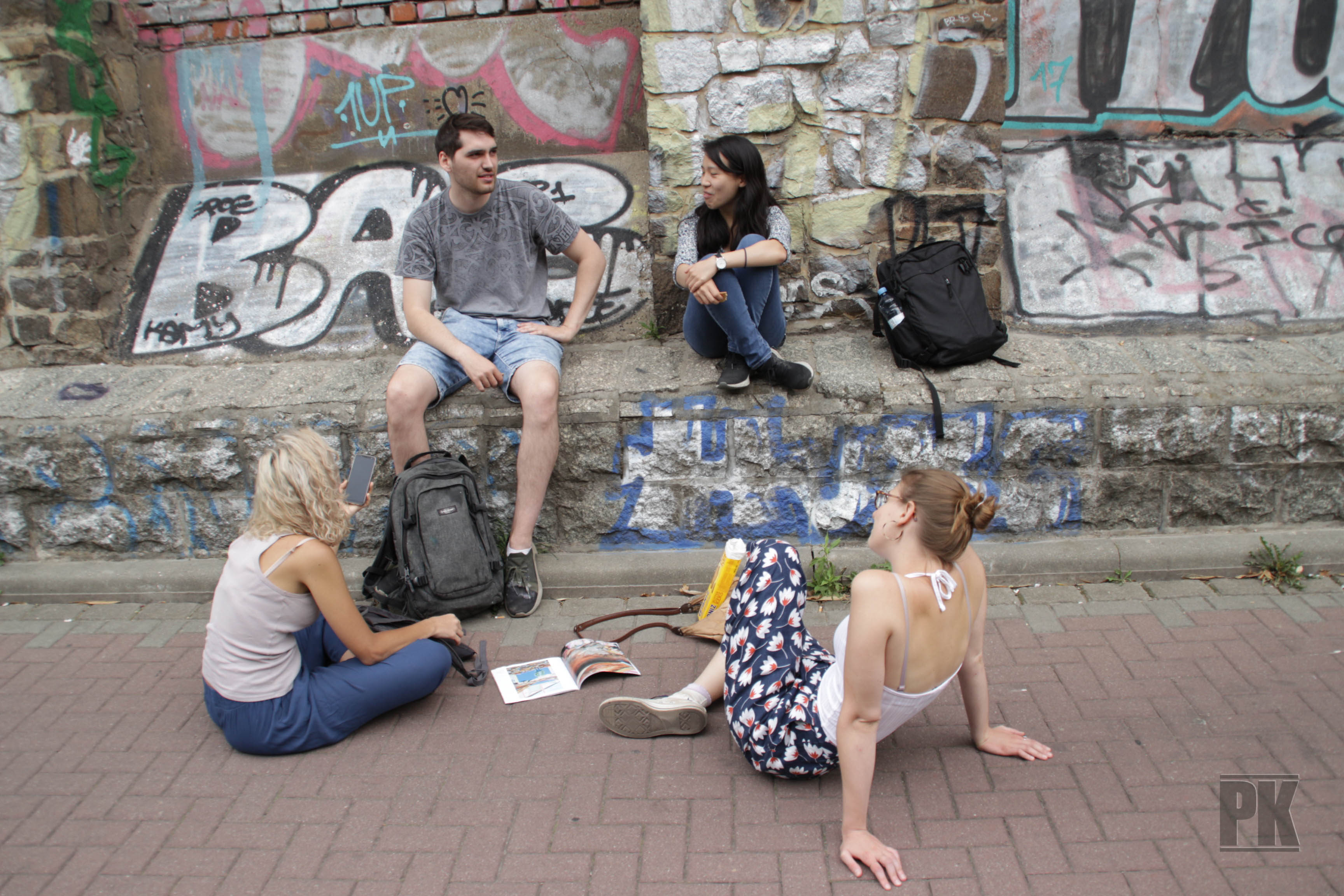 The architecture he paints does not have a logical, structural sense. The environments are upside down and also work if we look at the painting in reverse. The water gushes from undefined sides and it is not clear where we are. There is not a central point of attention, but our gaze runs from one side to the other because of the peculiar perspective.

For the series of paintings he started visiting and taking pictures of abandoned factories. From this material he developed his imagination in compositions of various elements. Today he is excited about working in the space of Pilotenkueche, which was also a factory in the past.

His first painting was darker and gloomy, people were dying. While the last series called Shimmering through reality is more ironic and cynical, there are bright, strong colors and fluid movements, as in the painting with the multicolor swirl symbolize the amount of plastic in the ocean.

The abundance of nature is the personification of light in constant fight with destruction. The nature in his paintings is the metaphor of an anchor of survival. Will the human be able to take care of its precious resources?

Clement does not want to do something dramatic or depressing; this is not a dystopian view of the world. It is certainly the end of an era, but with nature constantly reborn. Nature remains alive as well as human constructions: he considered both strong elements.

This project of painting is constantly evolving and changing according to what he sees and the news he is reading. In his new series, started at Pilotenkueche, he paints the new symbolic element of the agave: it grows strong and resistant without the need for excessive water and invests all the energy in its flower, but after two months it dies. This flower is the metaphor of the point where humanity arrived today. We have grown very quickly, taking all nature’s energy, but we are running out of resources. We are destroying what gives us life.