‘‘If I like the T-shirt I will just cut it!” – explains Ana, recklessly forgetting to add ‘out’ to the ‘cut’. Ana is our French-Spanish artist based in Paris. What is so interesting at first glance besides her working overalls, her accent and cool stance? When entering Ana’s studio, you immediately notice an obsession with image culture, particularly representation of youth, lifestyle, varieties of characters and attitudes from magazines and social media. Her sketchbook is filled with drawings of people of different backgrounds and, while drawn to representation of women in media, her characters are androgynous and masculine, singer and politicians, feminine and queer.

So, what does Ana do with these images? First, she becomes a collector. She cuts out pictures from magazines, her own photographs and from social media. She spreads them all over the table, then assembles them to create new images. As she transforms the collages, she interprets the surface and transforms their looks. Sometimes she places them in pictures of landscape, often ones that hearken back to her Spanish roots. Ana goes home to rest from the visual overload. She returns with fresh eyes to move them around again. Thus she never lets the “collection” stagnate. It is constantly altering to bring new relationships. 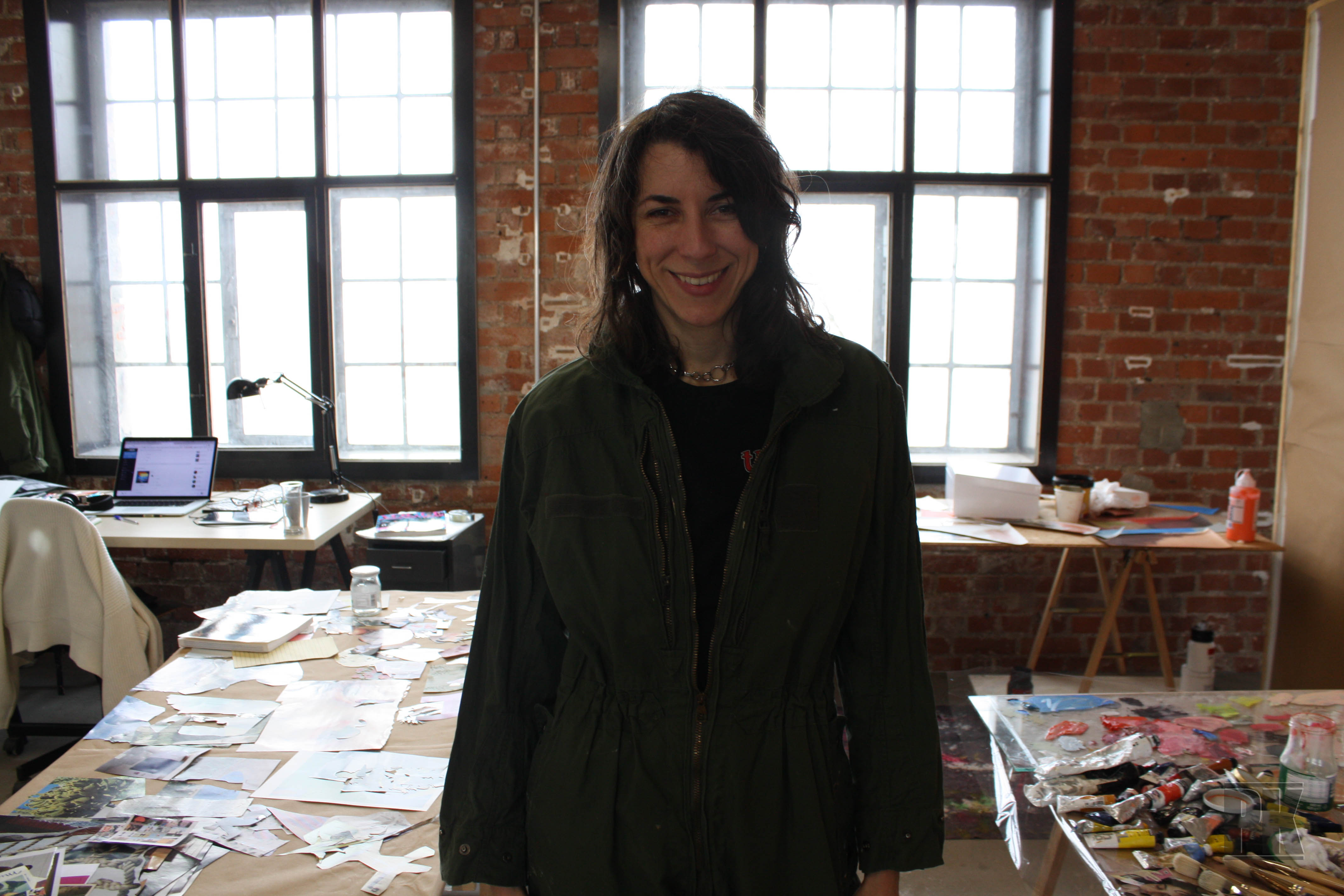 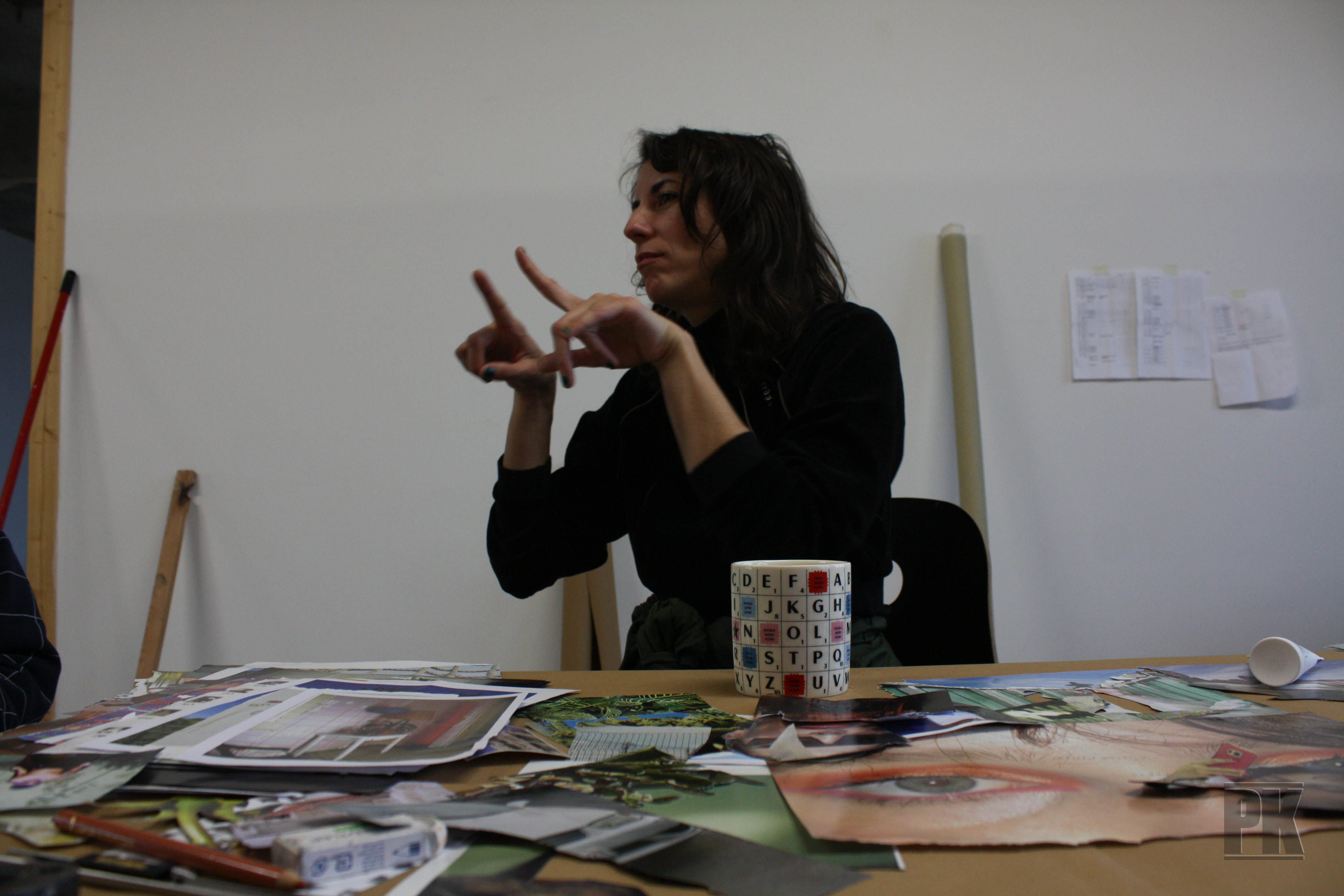 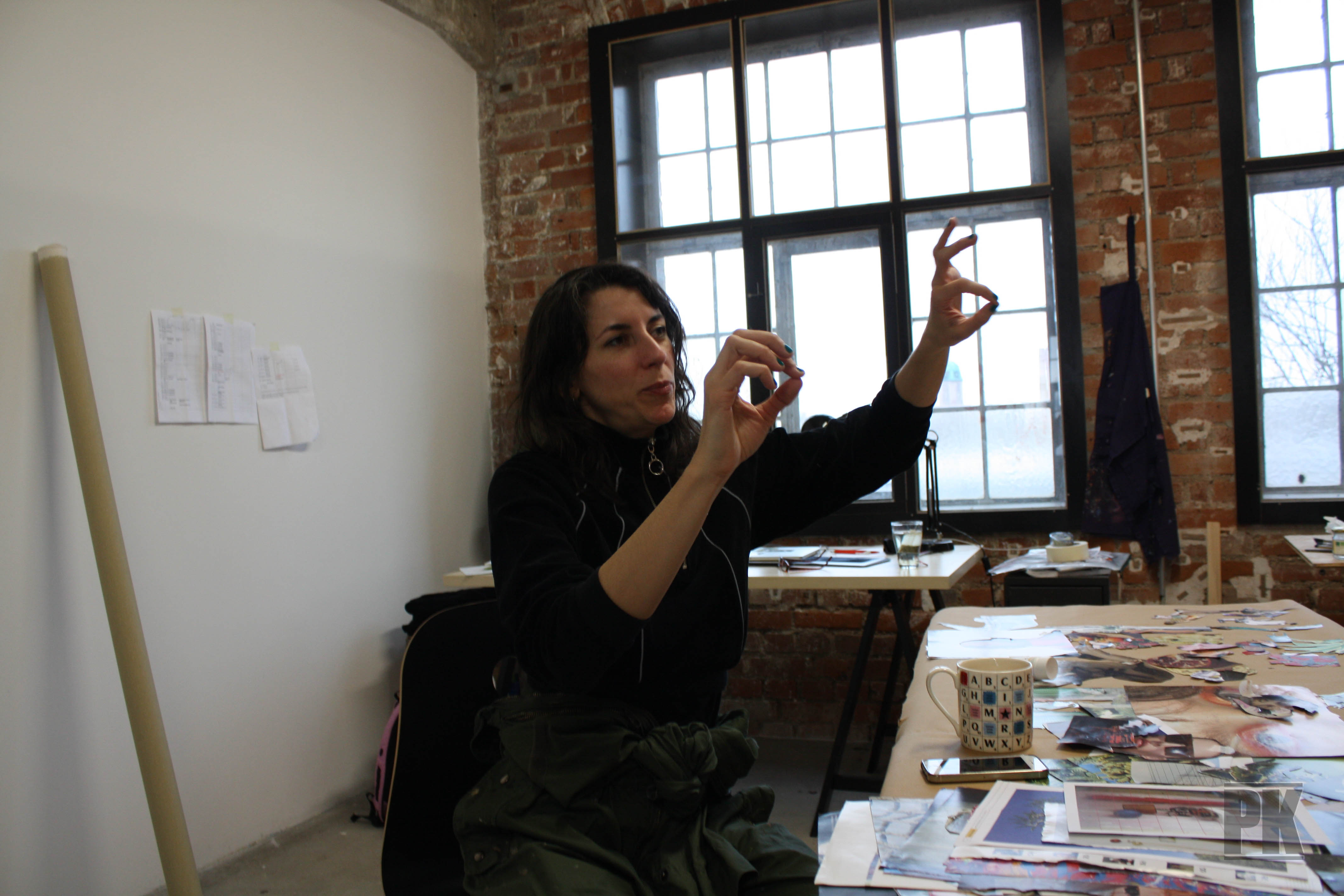 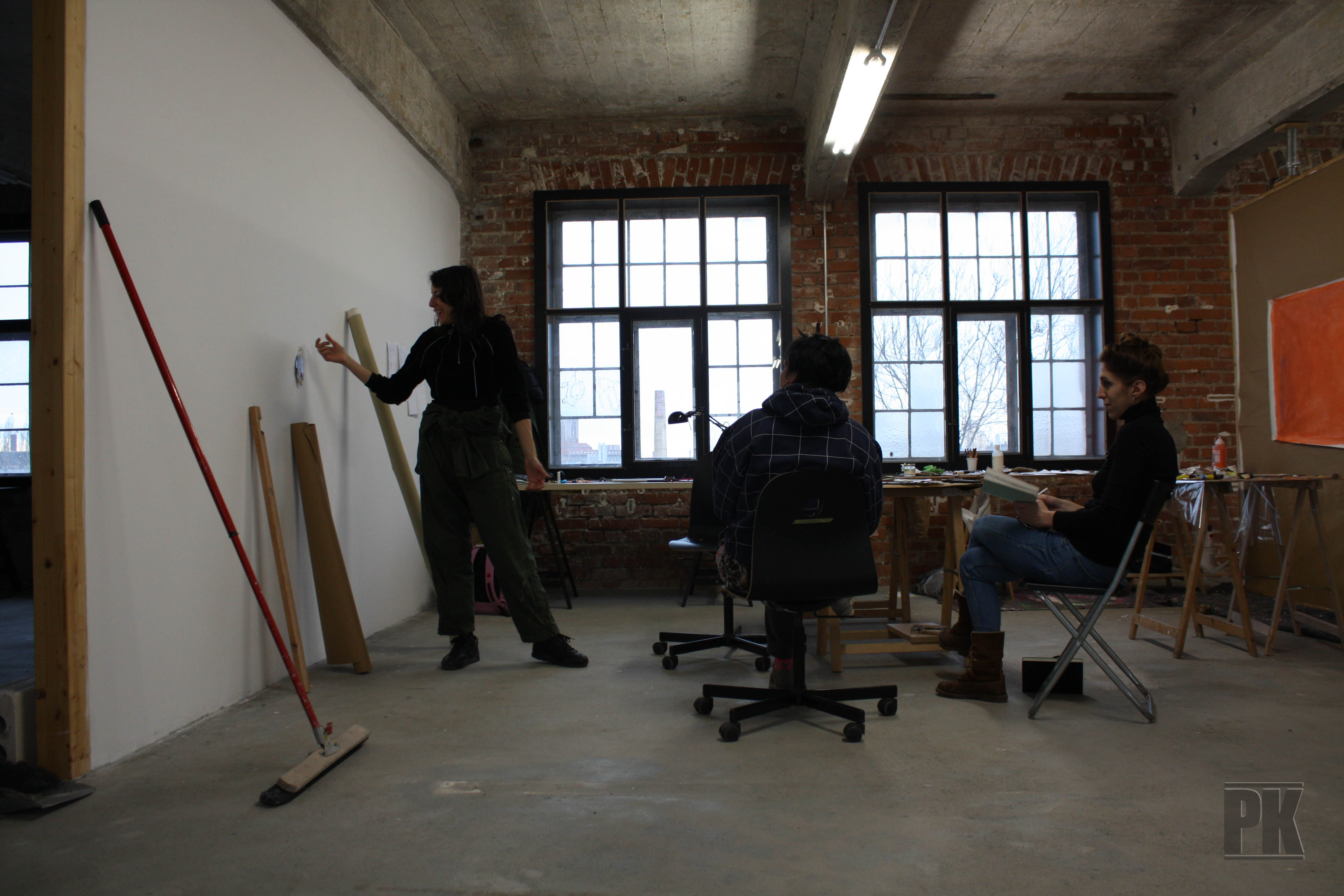 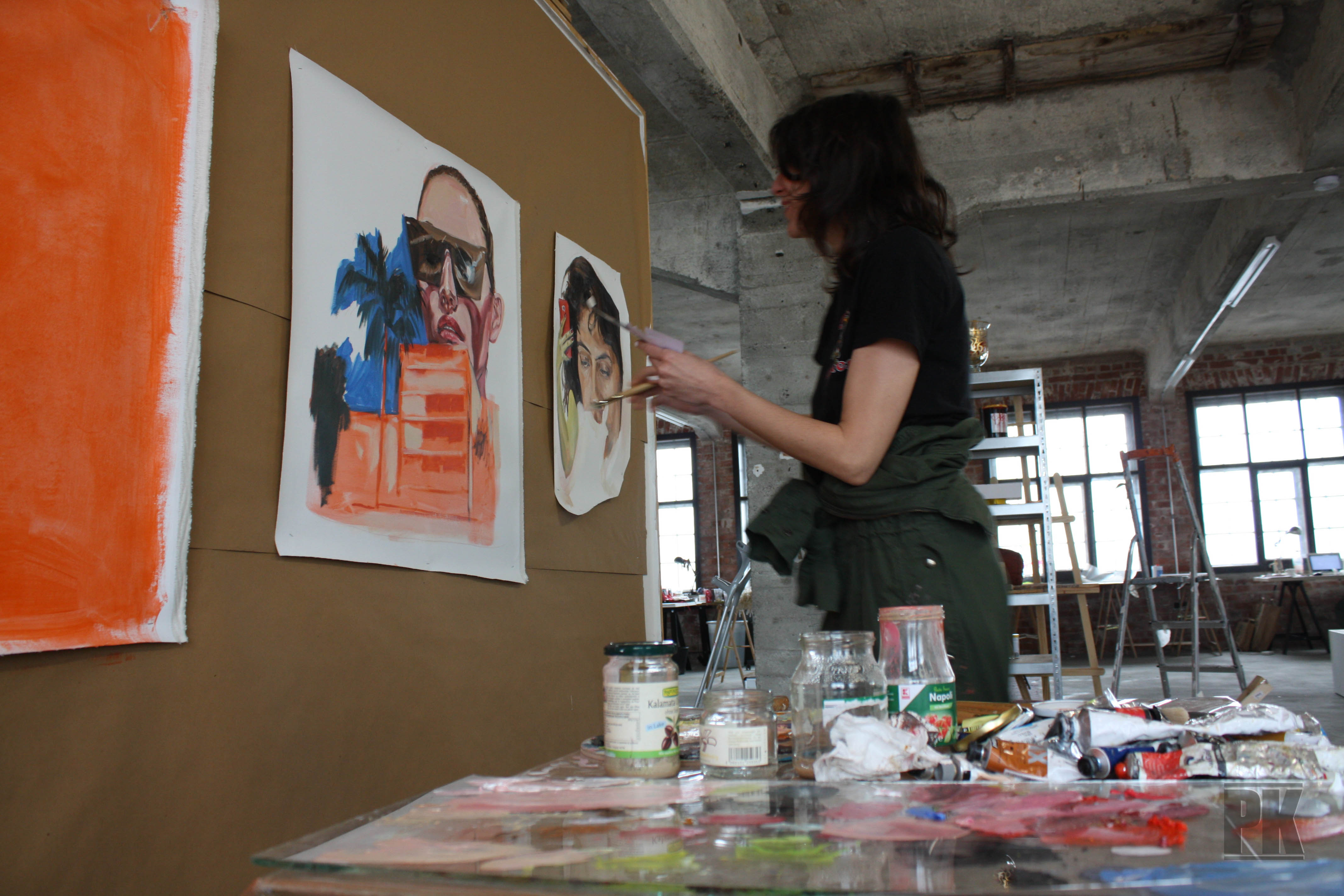 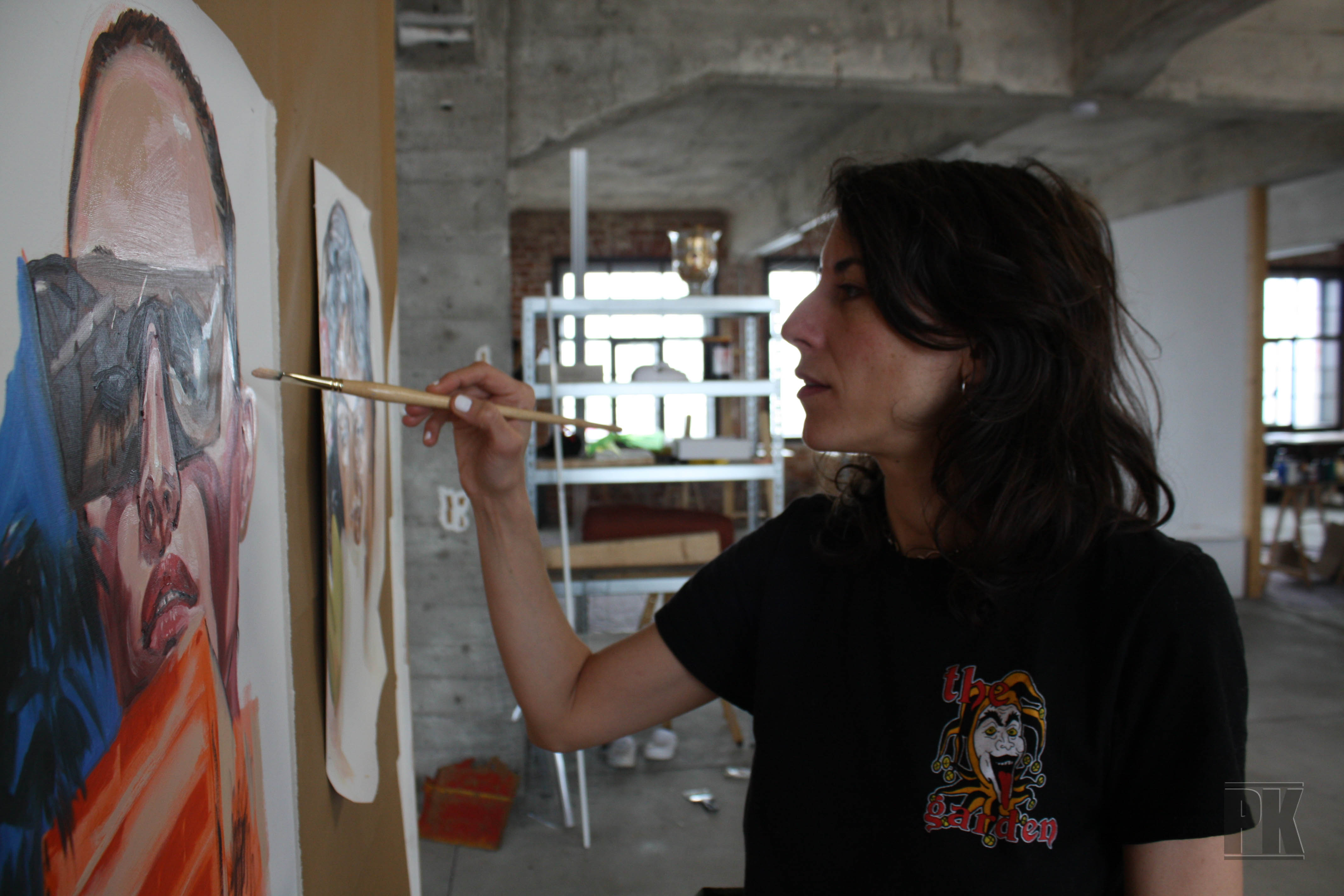 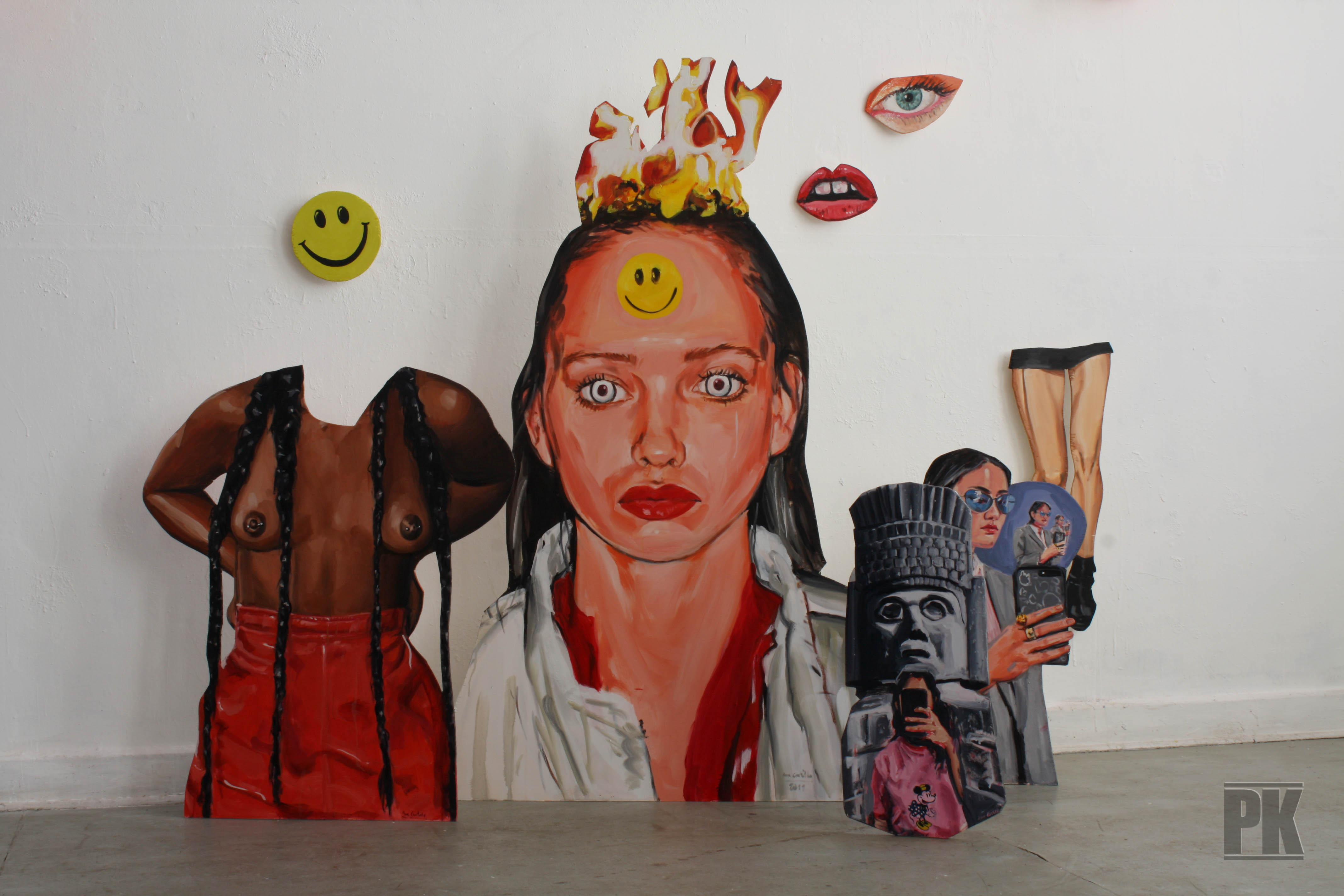 The term collage was coined by Georges Braque and Pablo Picasso in the beginning of the 20th century when it became a distinctive part of modern art. Ana takes collage into the current century by treating it as a crucial working process. She creates a new reality which she re-interprets into painting, illustration or animated videos and GIFs. Hard-working but intuitive, playful but serious, with collage we are reminded of metaphoric pun as intellectual act. Image as product of a mind is born from not comparing two realities but rather getting them closer together.

Ana’s studio is a place where images grow and multiply. The table covered with cut out pictures juxtaposes two paintings and an orange background on the wall she has been working on simultaneously, while various photographs are opened on her laptop. Working in Pilotenkueche for Ana is not stylistically much different from working at home or in a rented studio in the City of lights. Only this time, neither she nor her painting are confined. What is new is the sense of freedom she gets in terms of spaciousness. Naturally, this reflects in her work in progress. She is aiming for larger paintings. For the upcoming exhibitions, we can expect to see paintings approaching monumental sizes. However, she will stay faithful to the appearance of a collage by avoiding the traditional, right-angled shapes of canvas.

Leipzig is, so we hear, not lacking young stylish people with attitude. During winter they hide themselves in cool bars and underground clubs, leaving the streets empty. Some of us will definitely follow Ana in her exploration of the techno scene here, enjoying the environment and in search for Leipzig characters for her new inspiration.

Come and see what Ana creates in the following shows: