Life is like a game. The Australian artist Zara June Williams explores the unexpected and the intuitive of the creative process. Approaches such as combining different individual paintings and interacting with remain marks and droplets of the paint allow her to view the familiarity with a new lens. She invents rules for her art-making and stays playful with the colours and forms. Her art practice seemingly parallels to the nature of life as a game, where we developed regulations and strategies, and laboriously invest ourselves into it.

“Sometimes I get so caught up in the complexity of it all that it ends up seeming like nothing. That’s how I feel about being alive in general. It’s everything, but it’s meaningless.”

Zara’s paintings come across as a game of vertigo and chance. Roger Caillois introduced the four elements of game in his 1958 Man, Play and Games (Les Jeux et Les Hommes): Agon, Alea, Mimicry and Ilinx, which means competition, chance, simulation and vertigo respectively. Intrigued by the remains of the process, she lies down papers beneath her paintings to catch the drops. “I guess I speak a lot about chance.” Often she wonders whether it is the unintended trace or her paintings are the actual work. “I think the interest came from questioning the ego and control. I found I was no longer satisfied with outcomes that I could easily anticipate.” 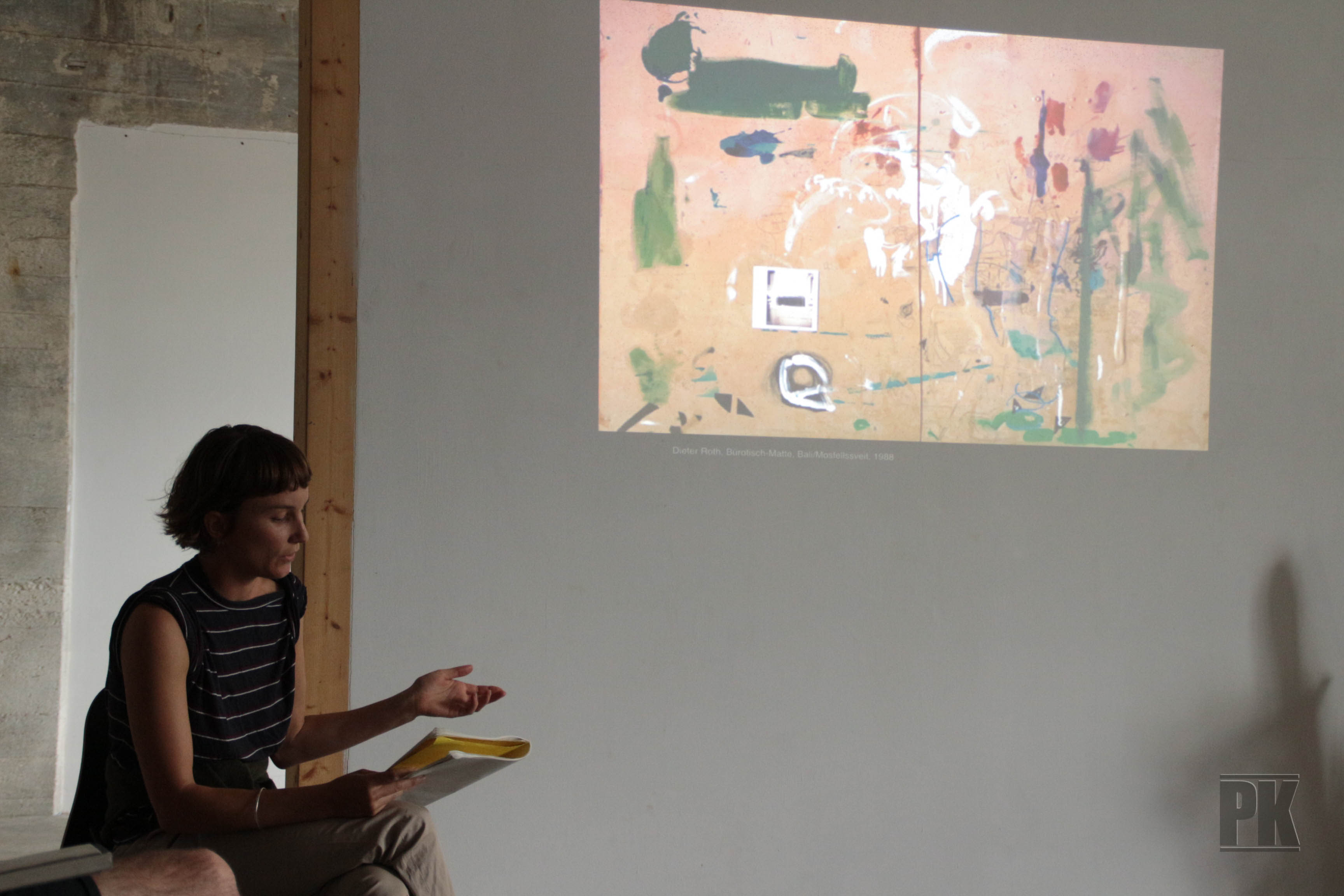 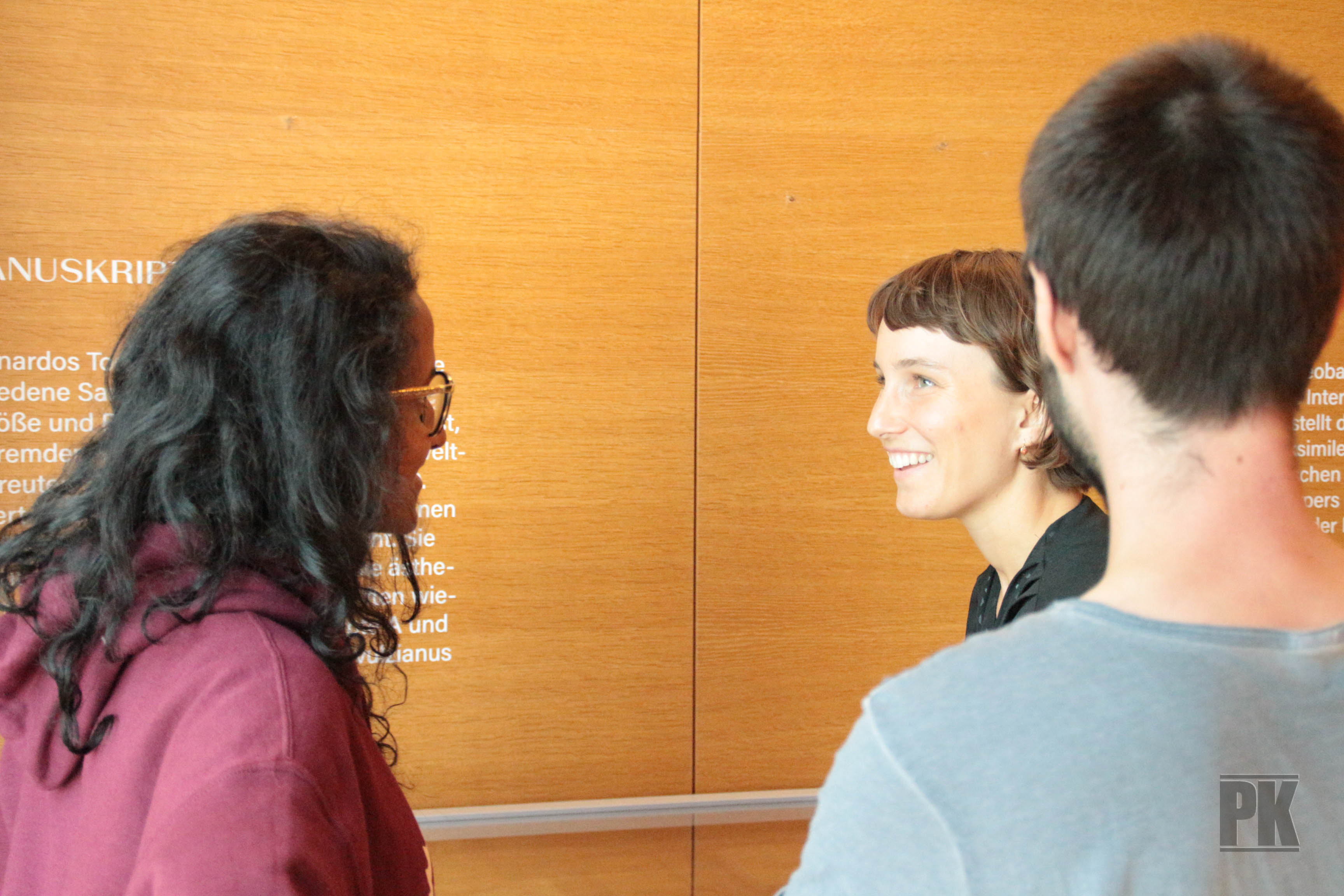 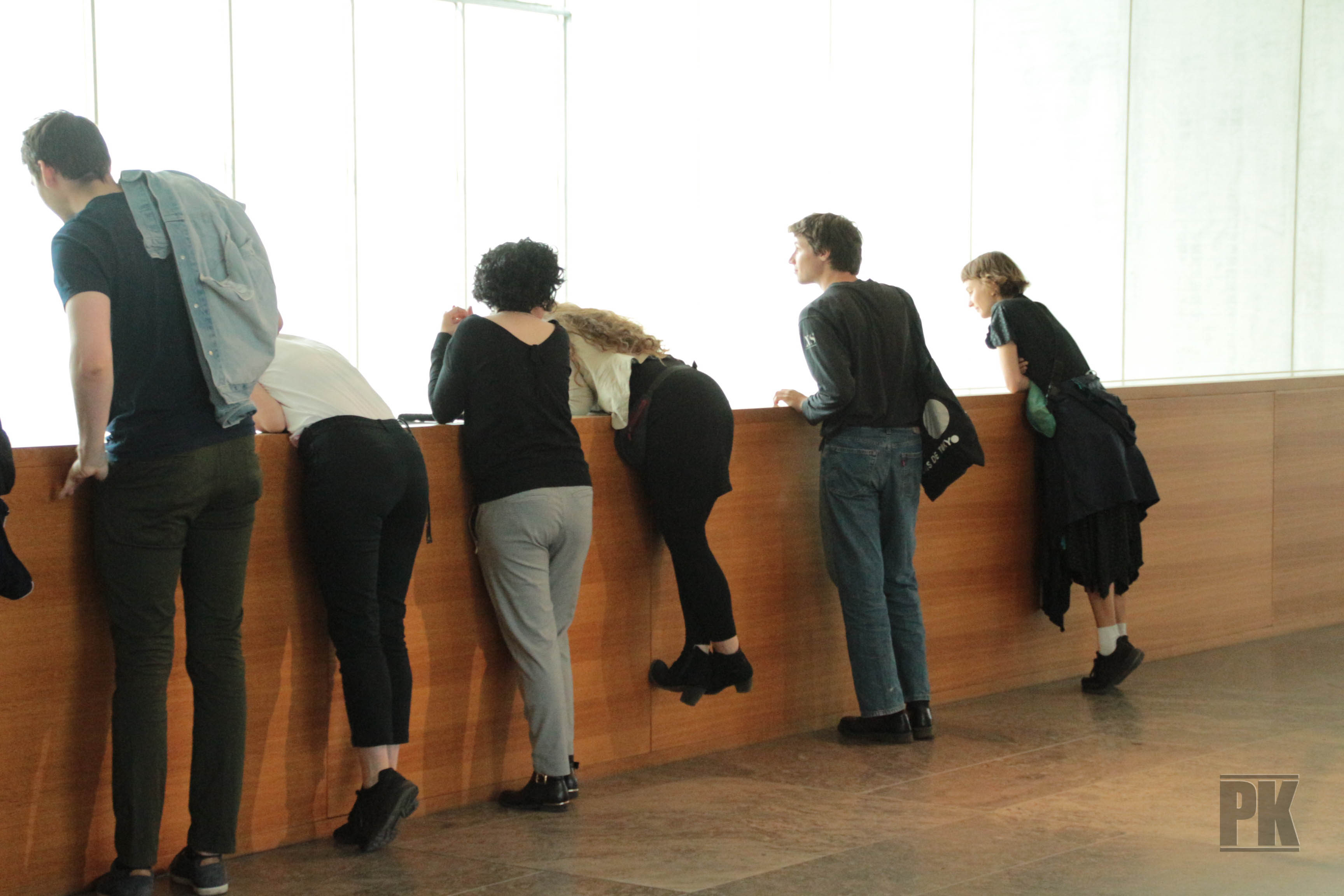 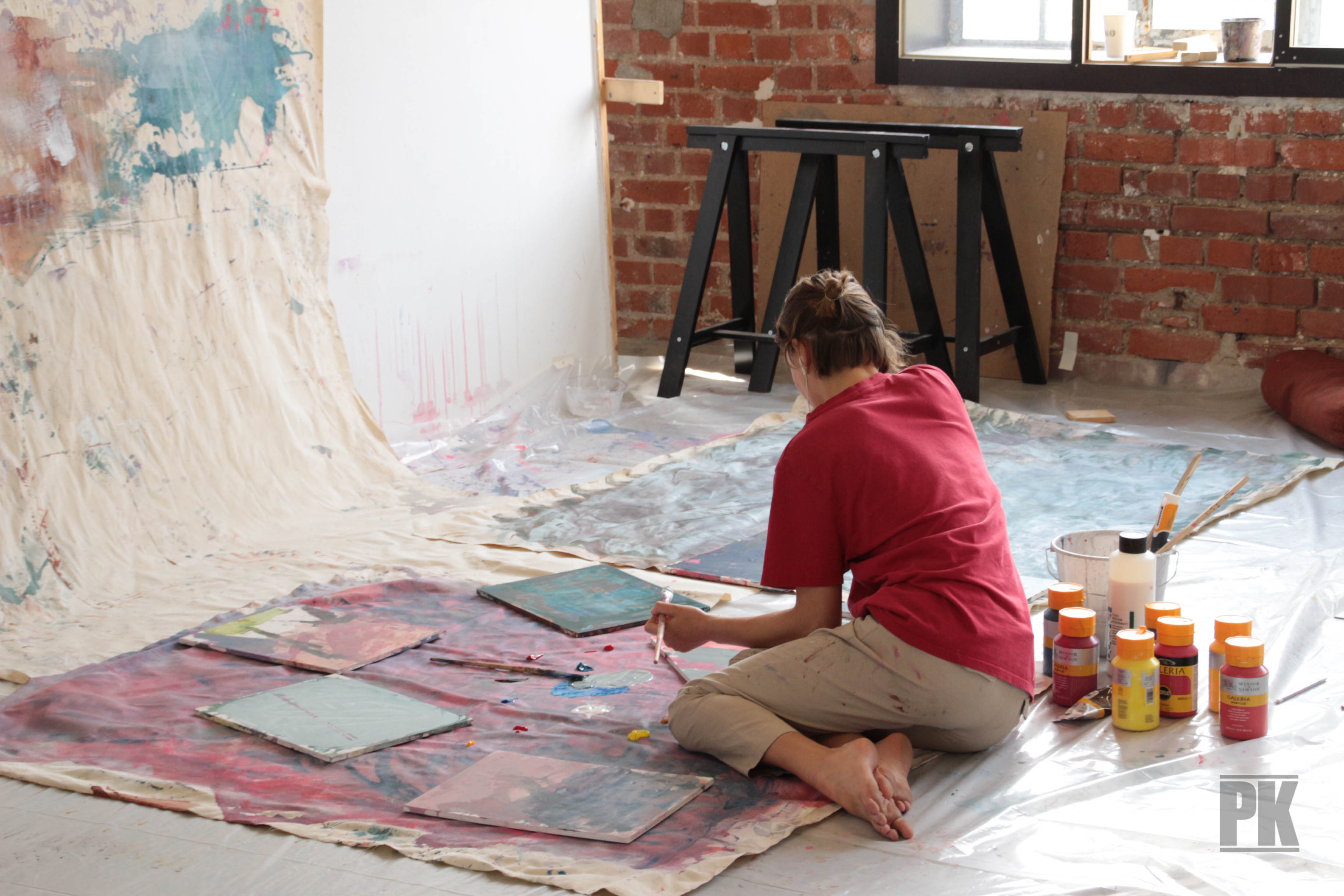 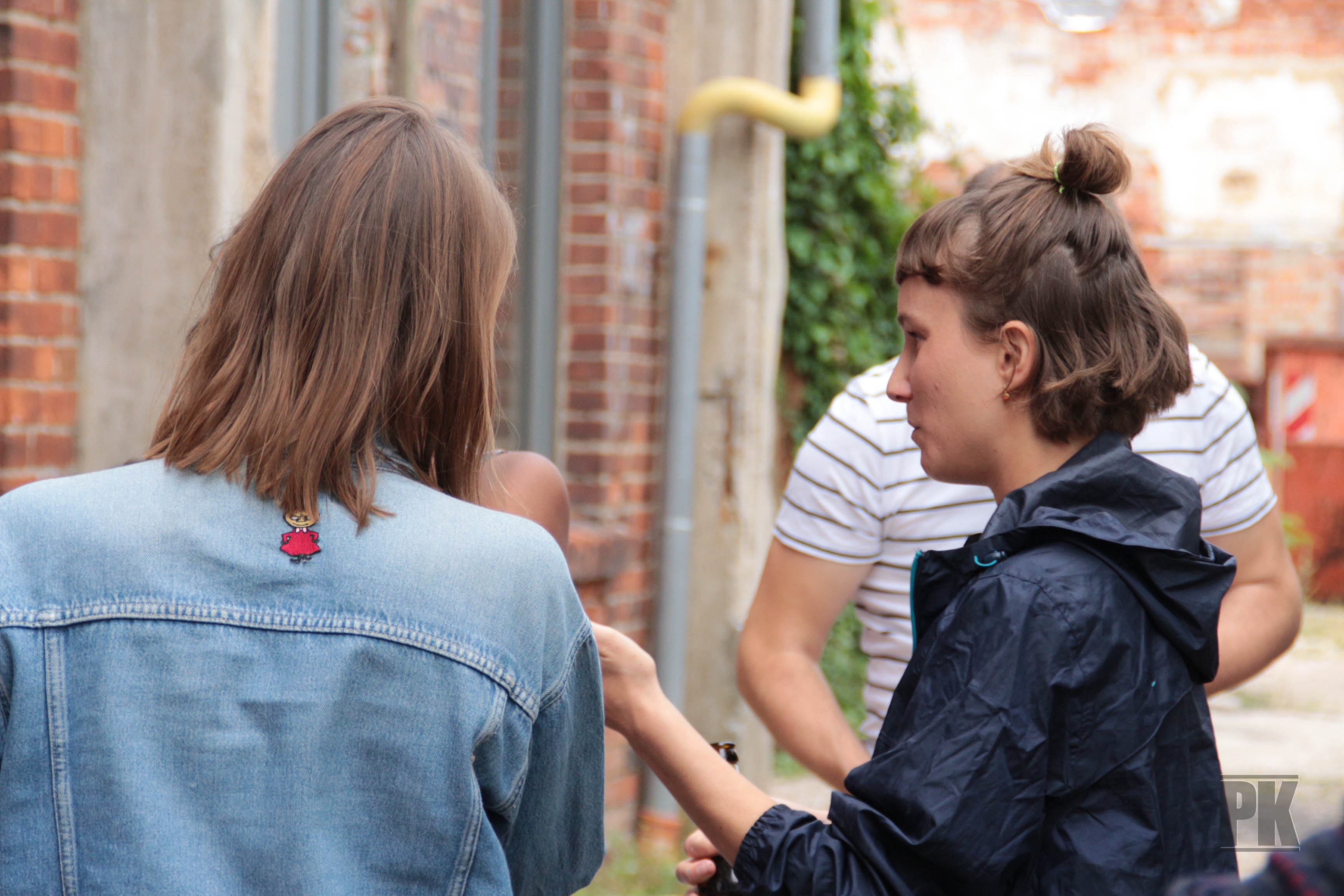 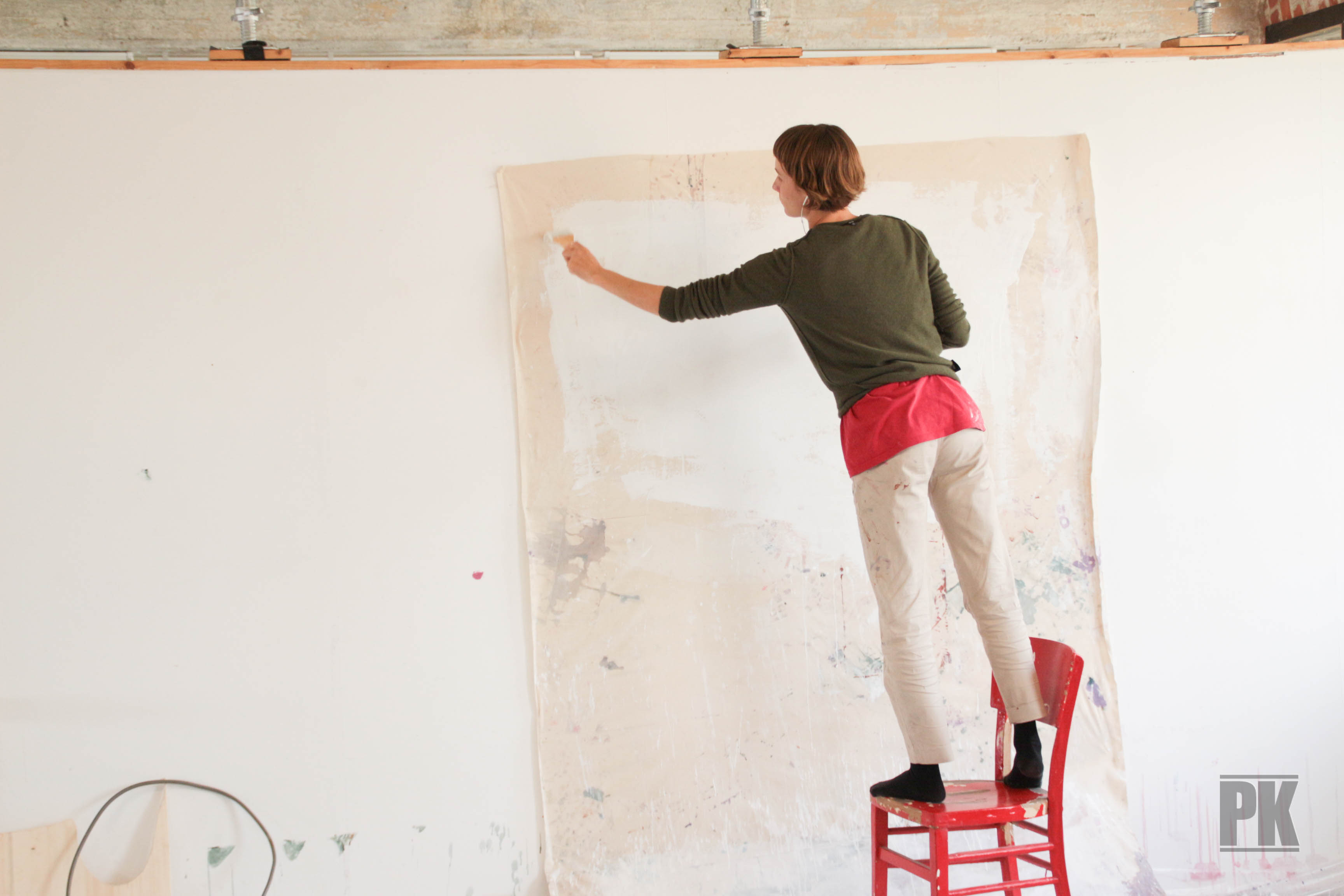 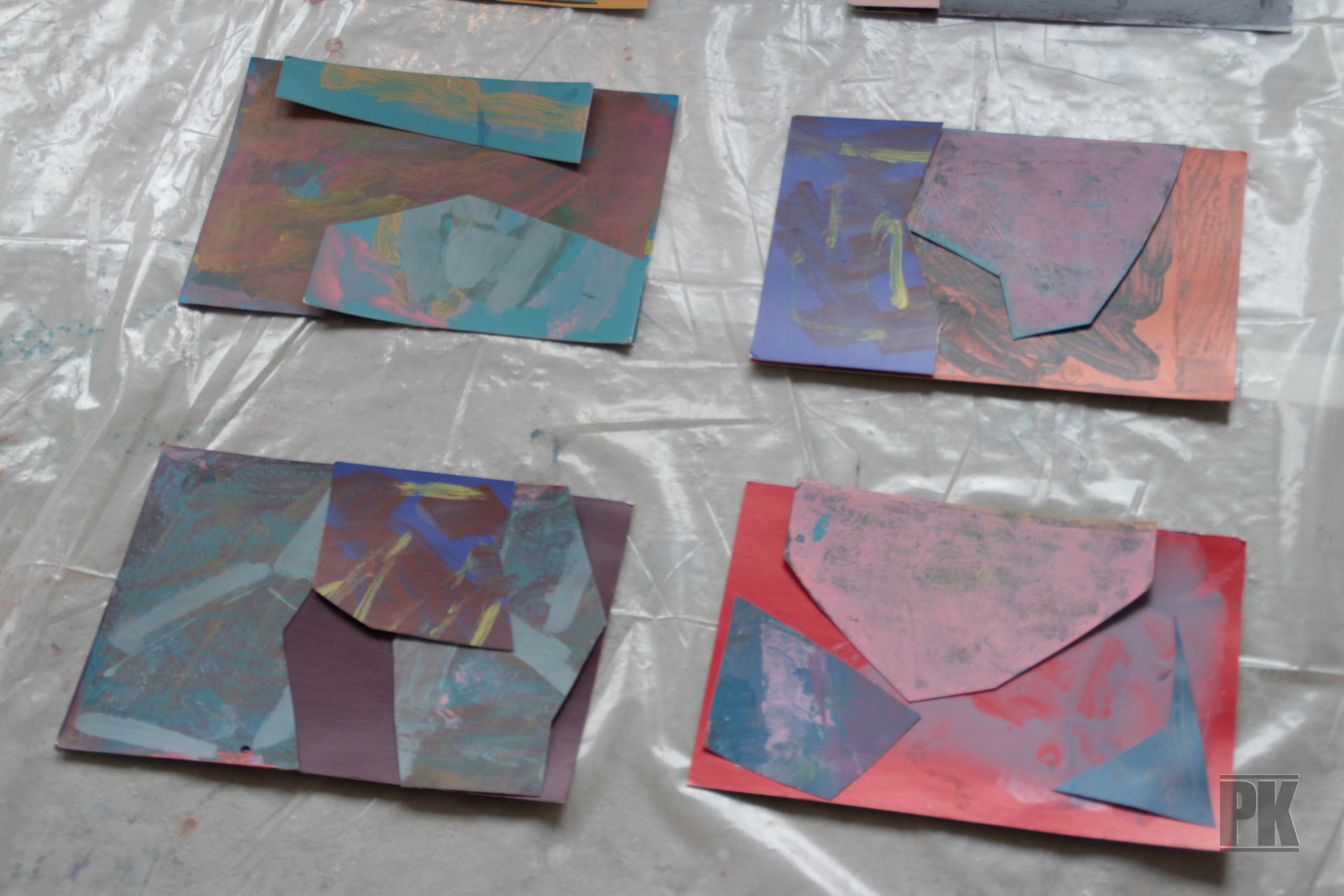 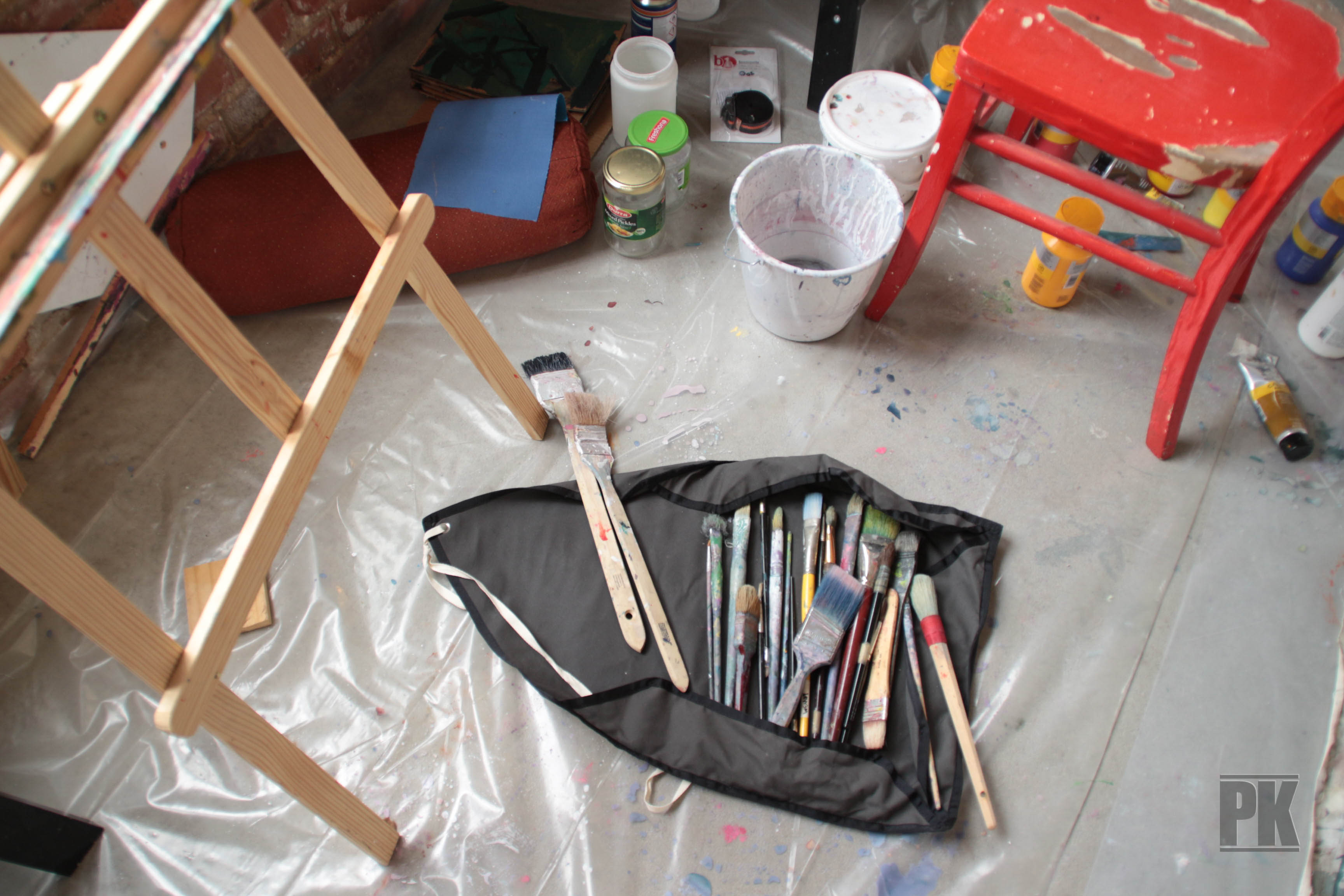 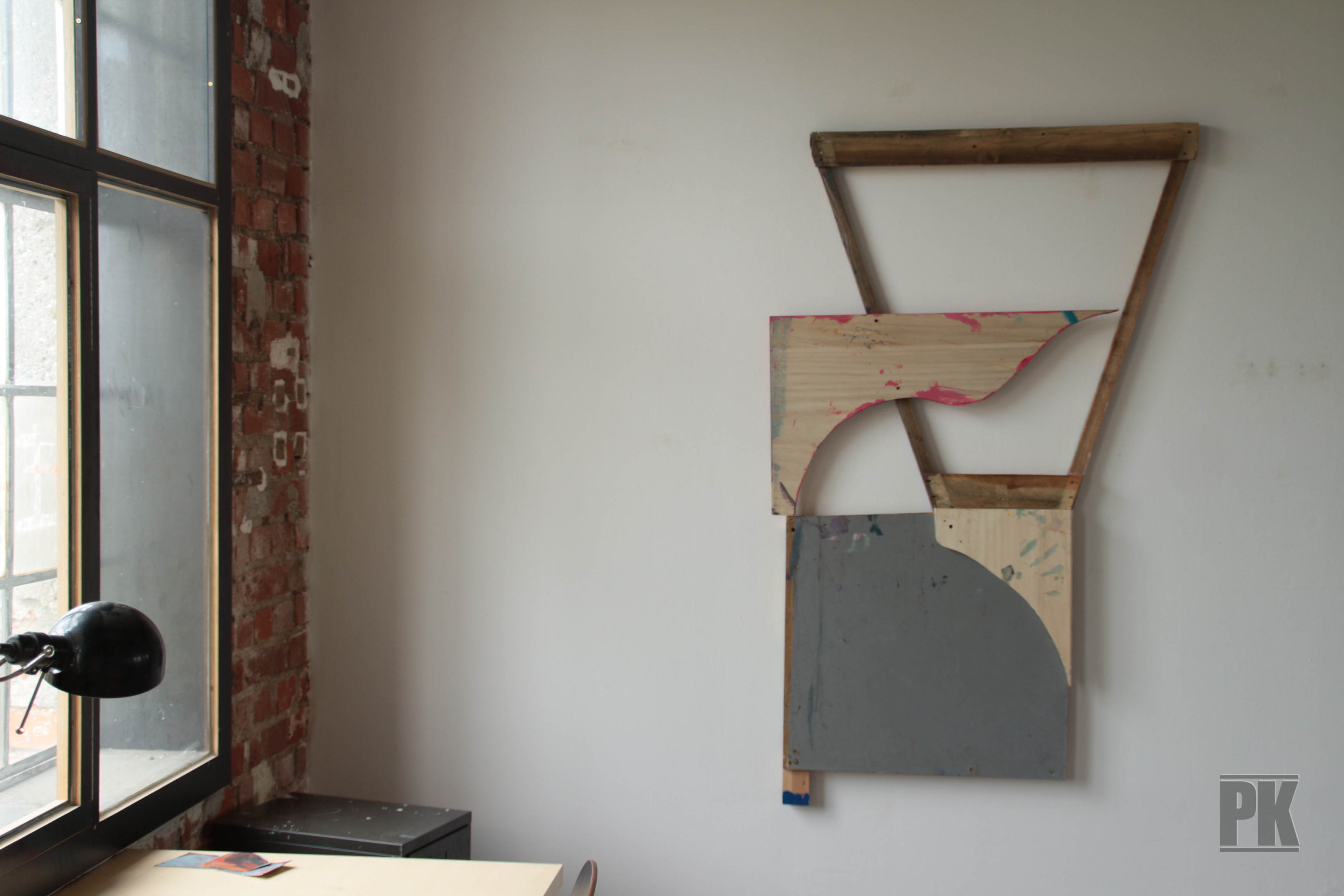 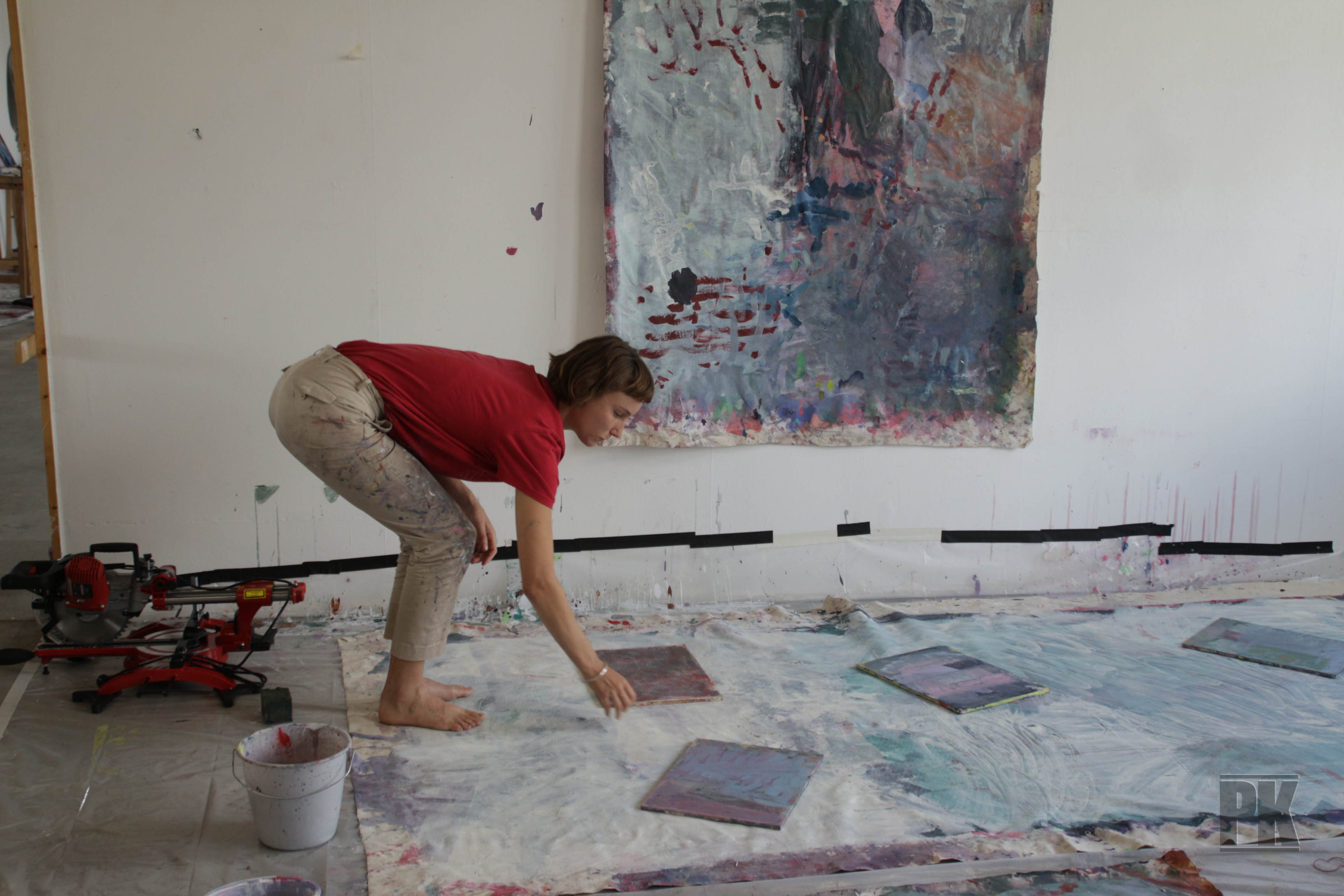 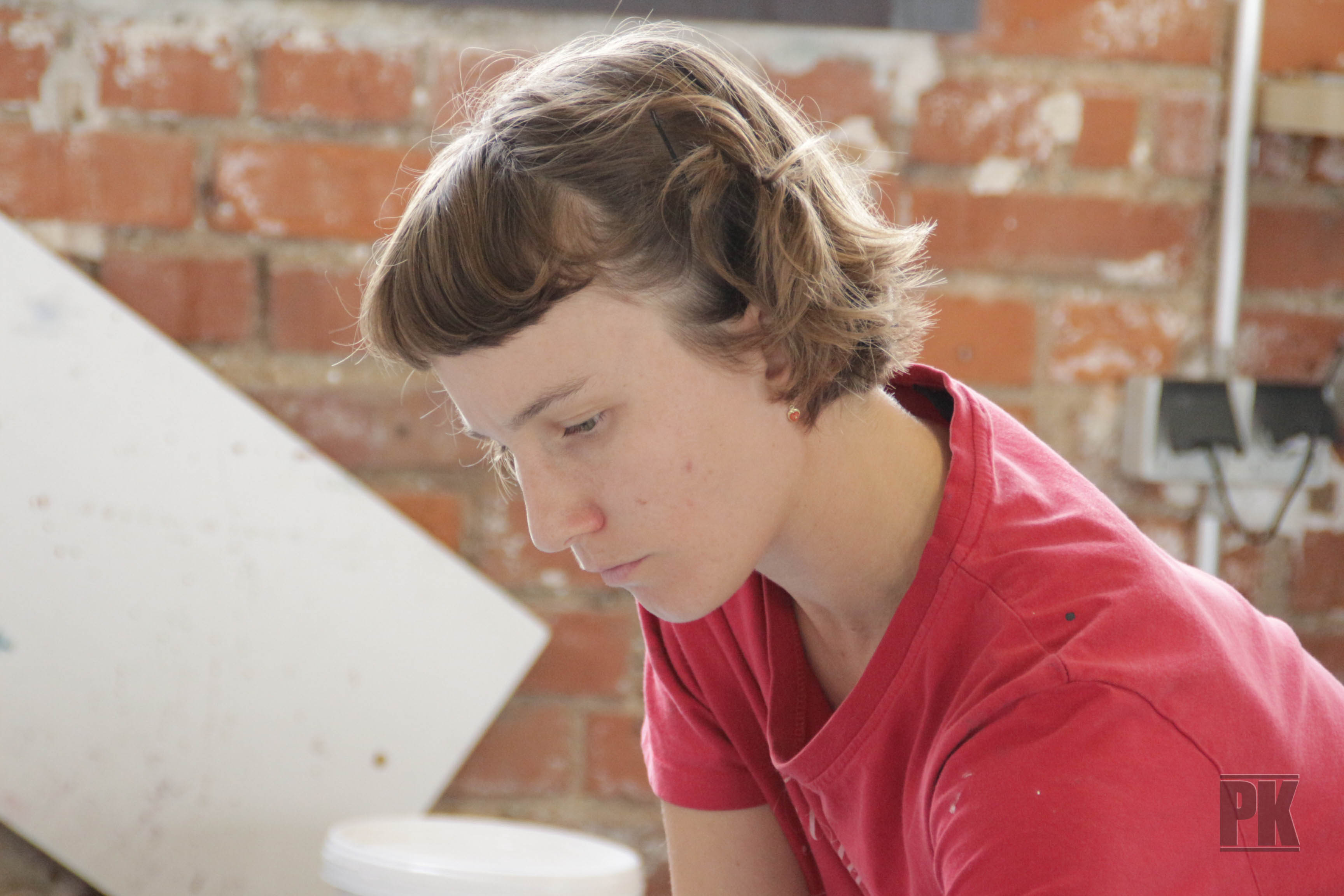 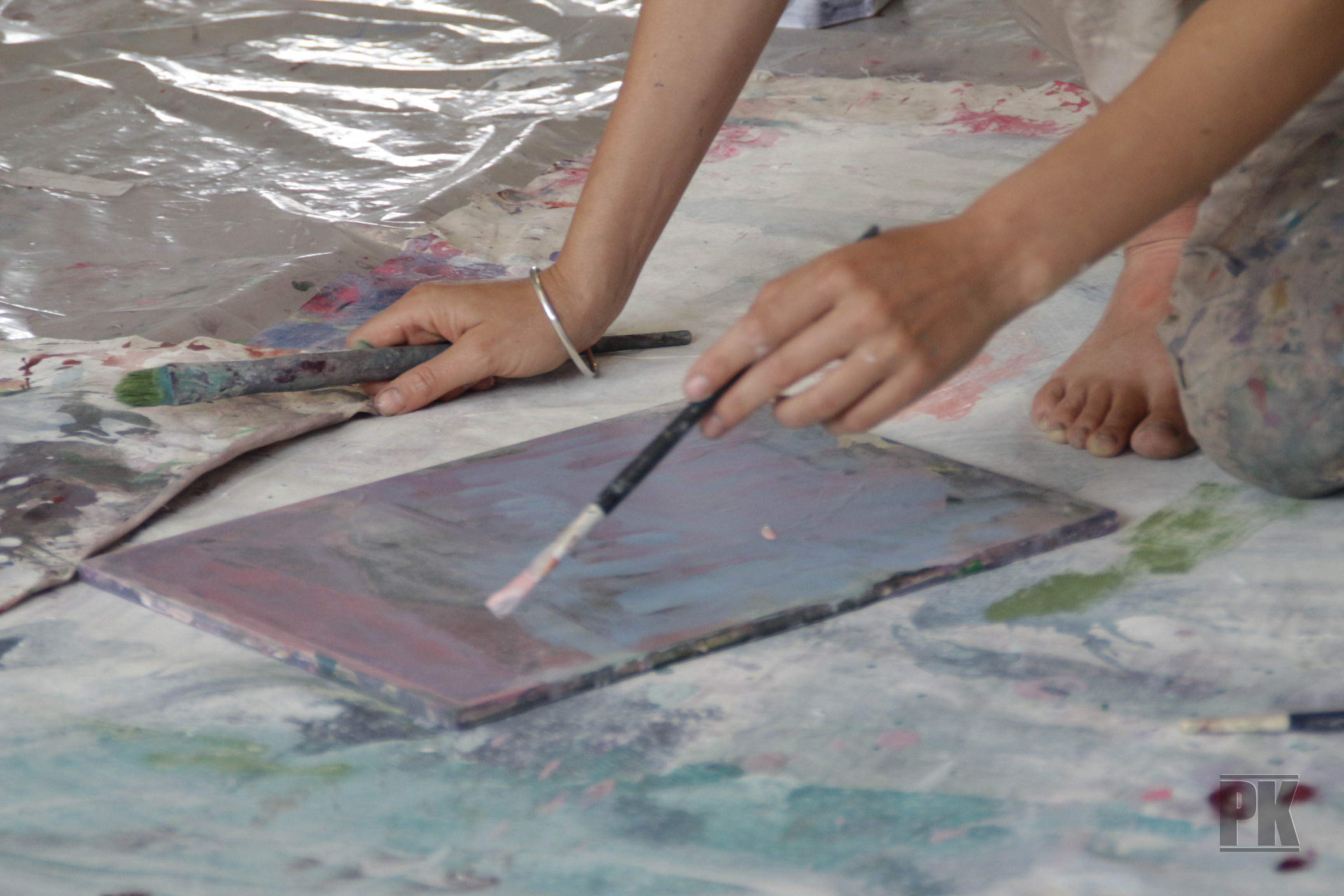 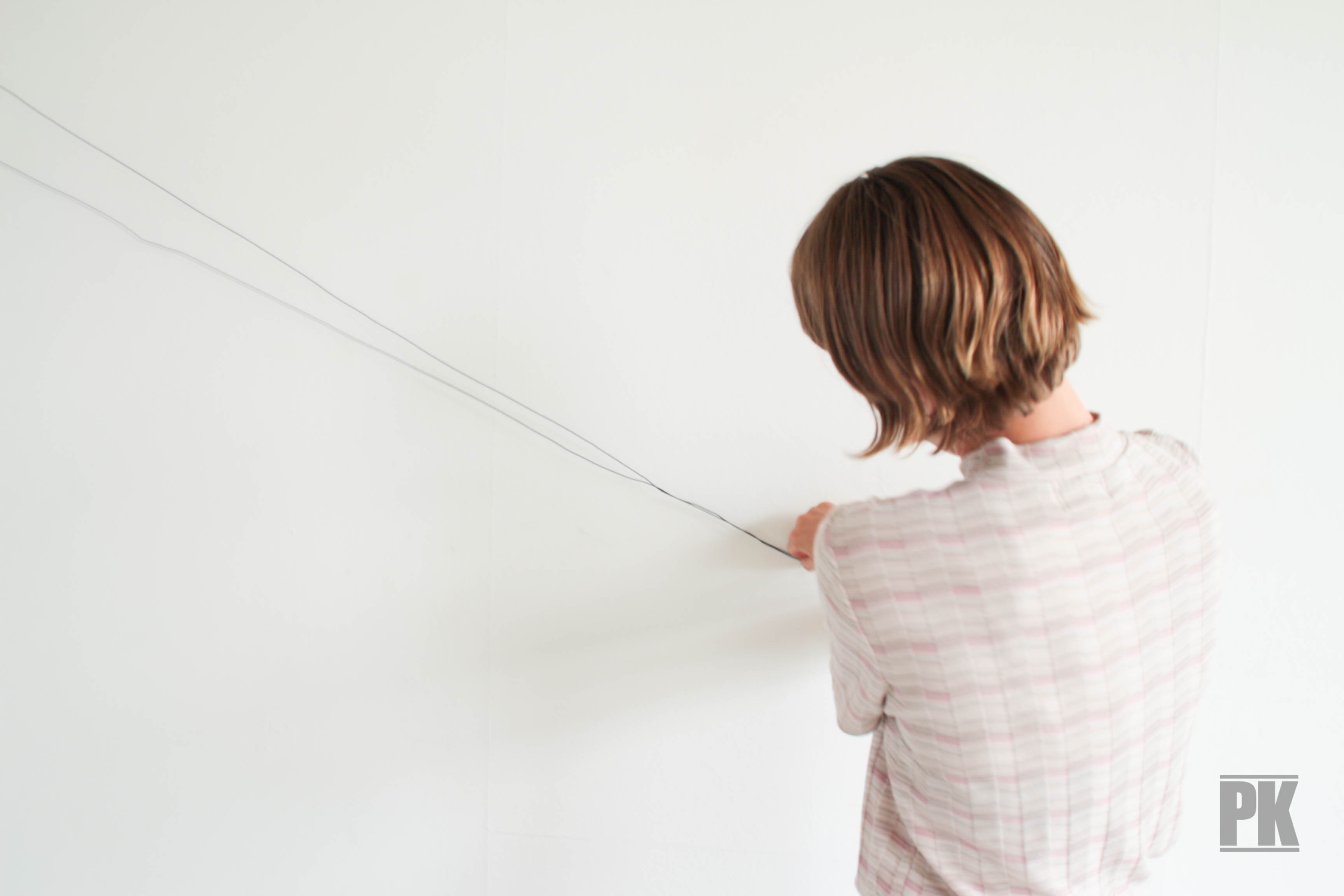 To add the unpredictable quality into her work, she sets up certain parameters and games. For example, she took a cluster of wooden frames found on street which resonance Jose Dávila’s “Homage to the Square,” and lands it randomly on the surface. She then paints between the edges of the frames and repeats the process of interacting with the unintended composition of structures.”It is like I allow someone else to do something that I have to respond to.” Zara is meanwhile interested in working with found materials which already come with a character she can react to.

Her captivation of inviting chance to interfere with the work rises from the desire for the sense of an instant novelty. Ilinx,the Greek word for “whirlpool,” means the alteration of recognition, which Caillois defined as “an attempt to momentarily destroy the stability of perception.” “Assemblages is another way I can surprise myself from the outcome.” She cuts her paintings into half and plays around by putting different pieces together. “Cutting and reassembling works allows new and complete images to form instantaneously. There is a freshness to this method that I enjoy.”

During the residency, Zara has started to experiment with integrating photography and painting. She takes pictures of her works, collages them in photoshop, and then transfers the resulting image on another painting. “Photography is potentially another tool I can use to accumulate information to the point of collapse. Finding ways to digest chaos created by my own doing is an ongoing challenge.”