INTERVIEW FOR THE EFFUSIVE MAGAZINE (2015)
with Martin Holz, coordinator of the Pilotenkueche
by Lizette. S. Harvener

Last week I met Martin, the coordinator of the Pilotenkueche project, artist and writer, an extremely fascinating person, completely dedicated to his work. Thereby, I promised to allow him to give his testimony without further interruption. 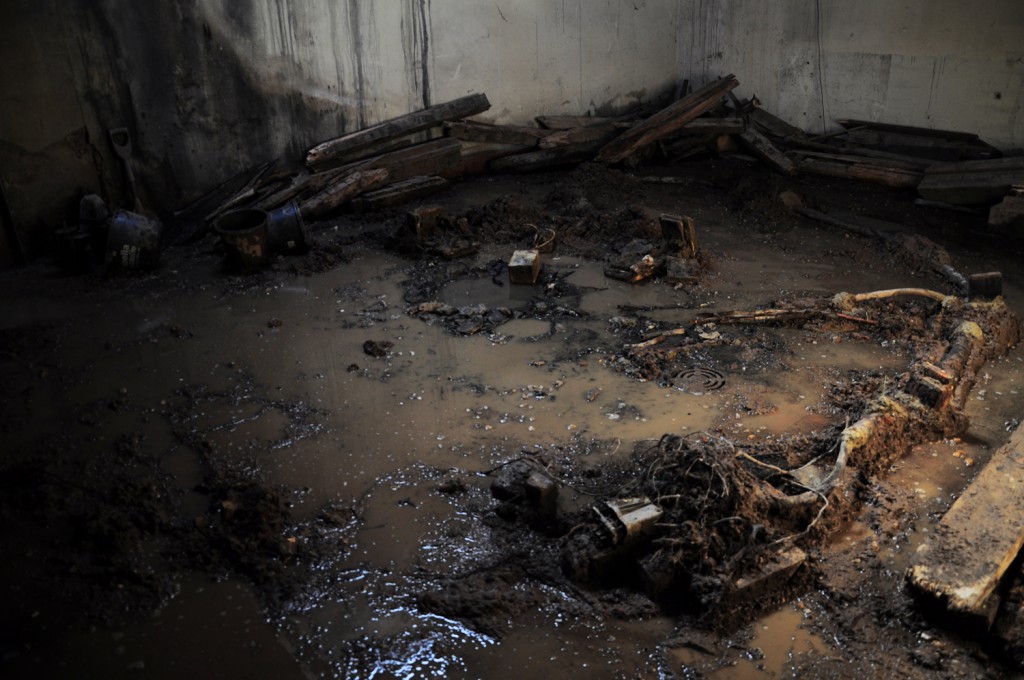 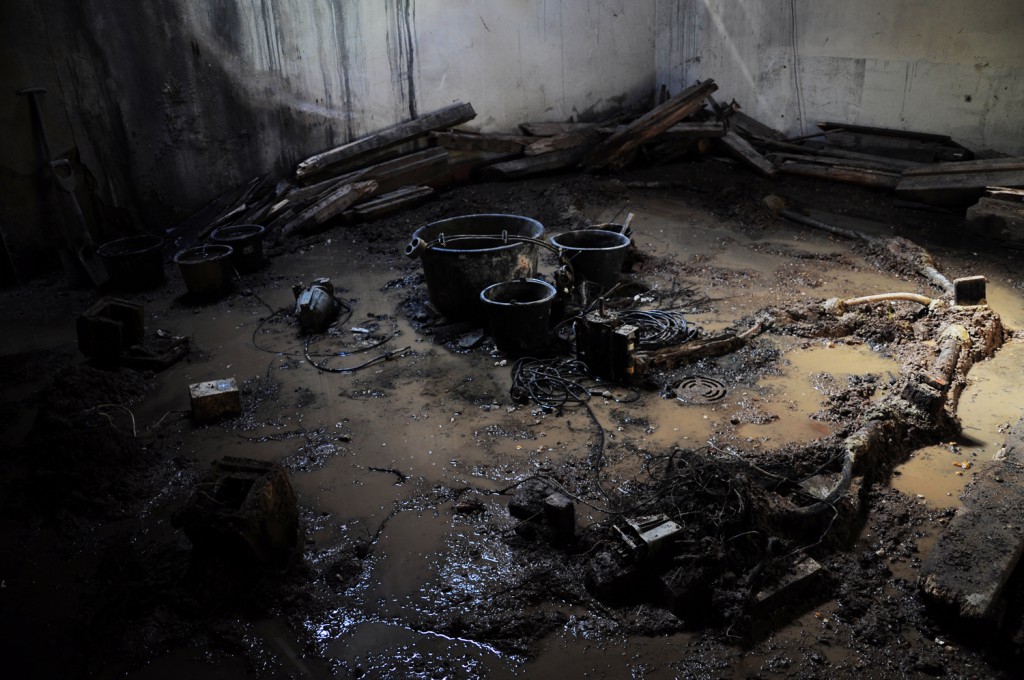 Therefore, Pilotenkueche is an artist residency, a generator of disciplinal complexity. It has autonomy and a personality with various shades. It organizes expositions, event, representations, hosting between 6 and 10 artists who use the space for their personal usage. The focus is on the multitude of disciplines and their connections, from authors to artists, to performances, a synergy, and a mutual exercise to explore art. 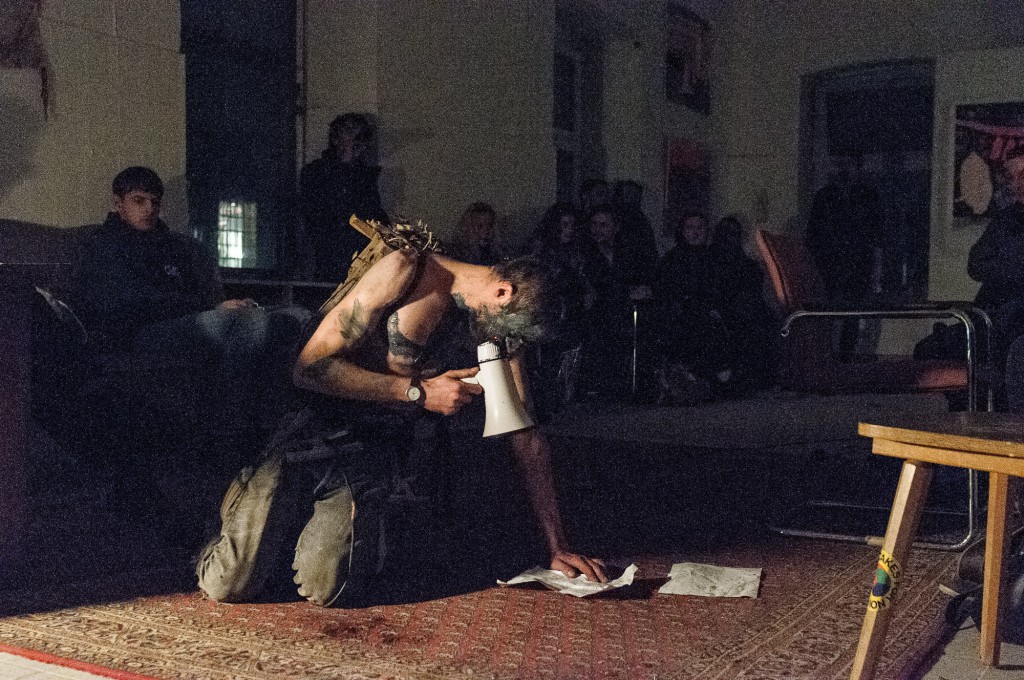 Martin was the one who transformed the Pilotenkueche project and built it from scratch into a productive environment. This residency became a place where artists with little opportunities can exhibit their works for the open public, while having for themselves a work space which they can explore without boundaries. 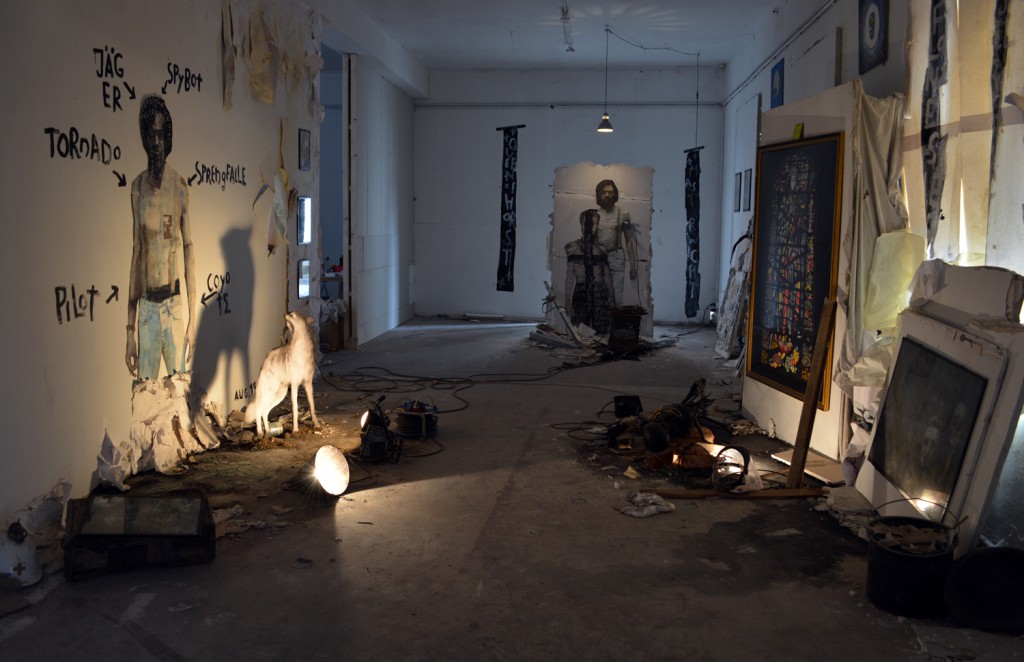 TERMINATERROR (2015) / together with Norihiro Usui 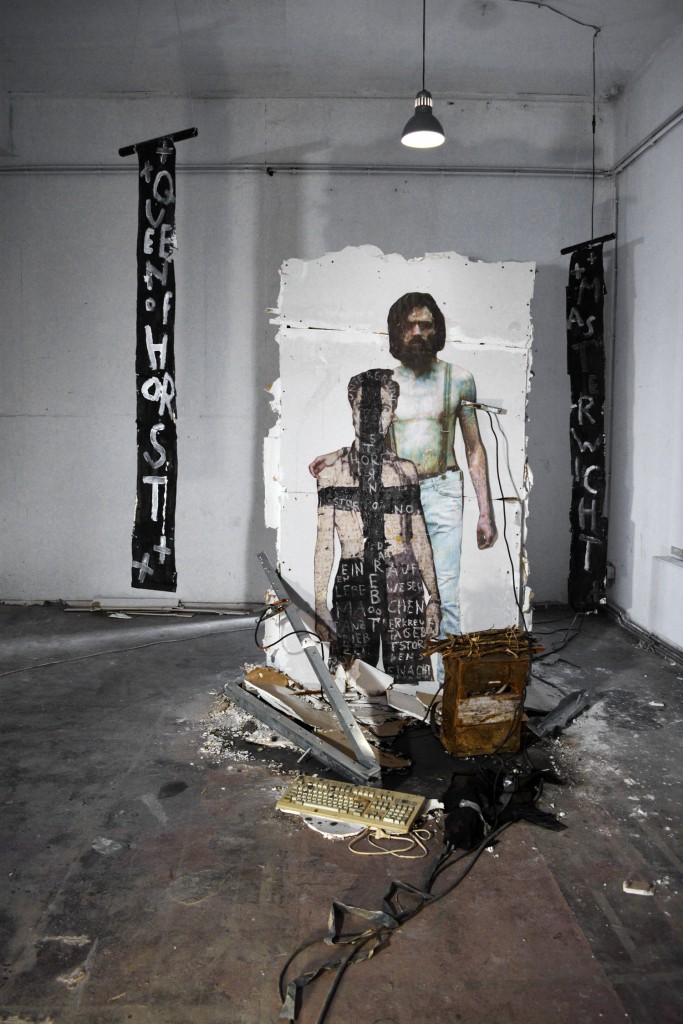 TERMINATERROR (2015) / together with Norihiro Usui

Along with his girlfriend Ines Lucines, Martin put into shape the design and the entire concept of Pilotenkueche. He restructured the bureaucratic system, promoted events and sustained the residential platform because he was and he is 100% involved not only in the decisions but also in the hard work. 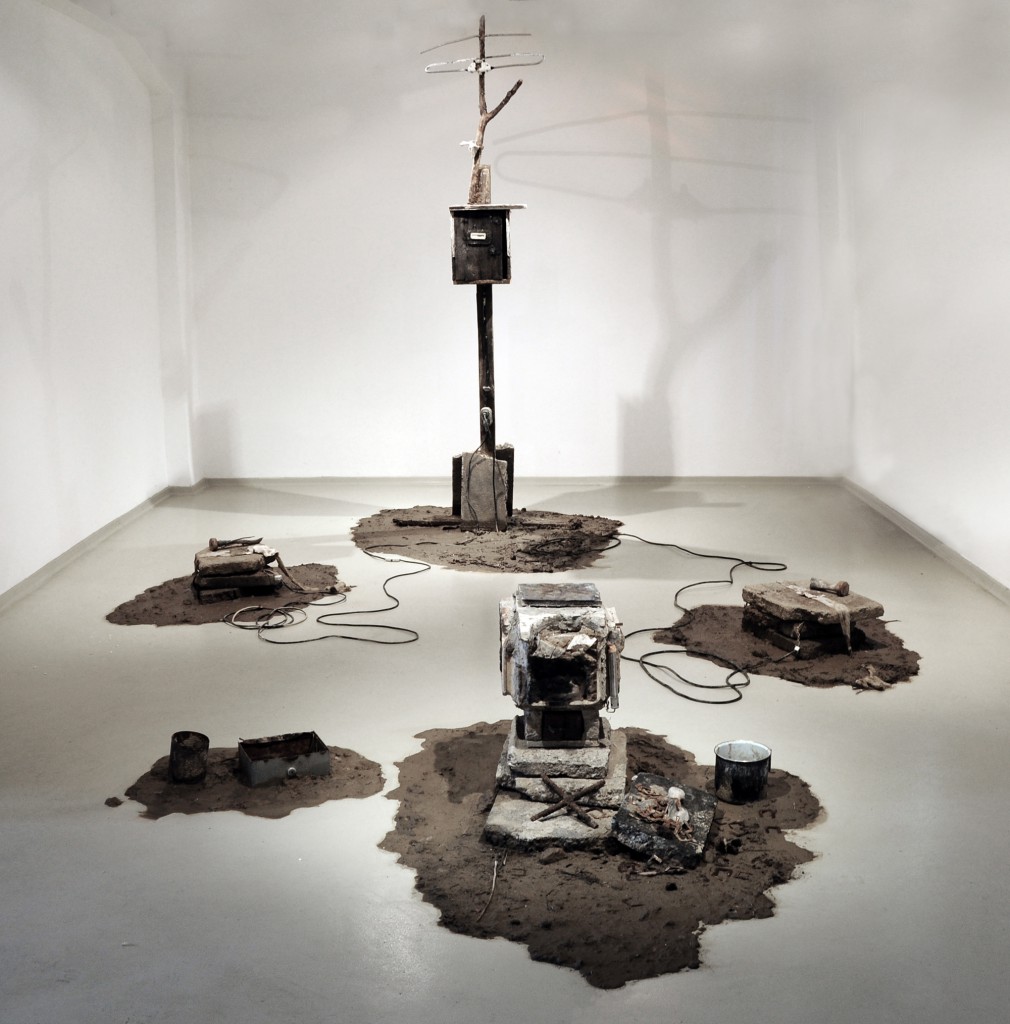 He is not a simple studio artist. He promotes the theory of plurality of the plans of consciousness; he talks about a different confrontation of the self, he works in a marooned address. His entire creation progress is realized on the outside, and only after he transposes the entire work into an interior space, where it is to be dominated and conquered by equipment and representations. He is a very flexible character: he studied German languages and philosophy, following the construction of the ‘huenengenerator, education of guerilla tactics at dead addresses and abandoned property, founding the ‘archaeological society v. Schliemann’, the ‘fernkindliche armee fraktion’ and organized the trans-disciplinarily project ‘conquering places’. He has the inner power to transform everything; he leaves his mark on every work, without having money as the primary consideration. He manages to build giant projects and to design systems of making the entire work of art whole. He does not create shallowness, but shadows and transfers that are real. He modestly claims that he is not a grand artist, but, mark my words, he is a troubadour with Napoleon’s attitude on his shoulders. 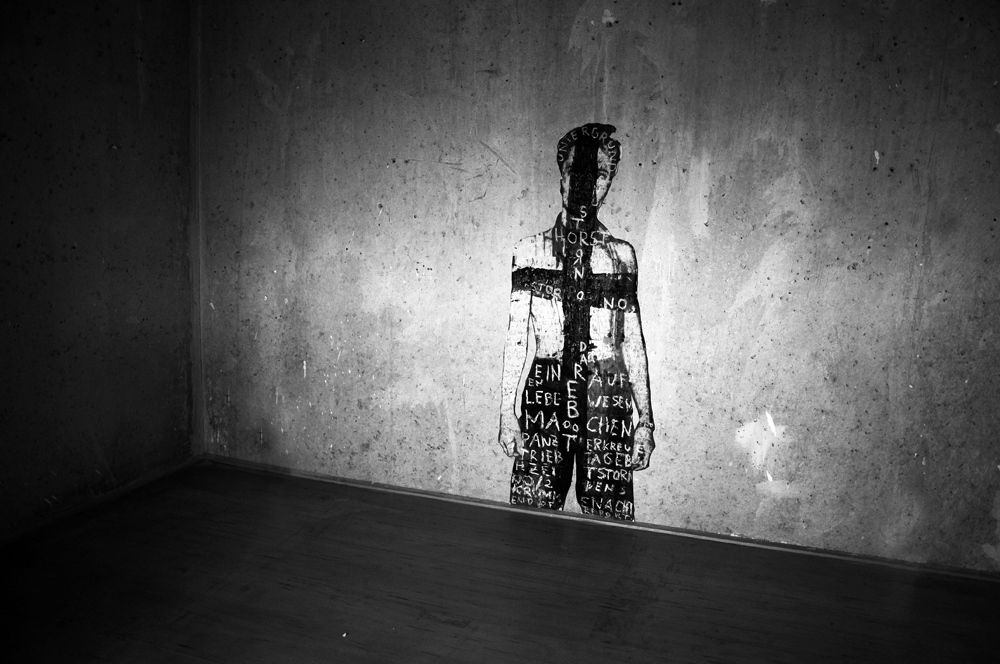 Special thanks to @Paula Cozma, our new member, for suggestions, for everything you do!