Sometimes everything just seems to be going wrong. When things do not go as planned, we seek explanations. Shall we blame the universe? The people who have greater impact on our lives than we have ourselves? Or, in despair, will we blame each other? Artist Nadya Sayapina translates the deep emotions and traumas of people with similar experiences.

2020 has changed the way we see the world and our place in it. Naturally, this has led to a thematic shift in art. For Nadya people sharing similar stories and being in comparable situations became the driving force for her projects. The narration of her mixed-media art is not implicitly straightforward. Her representations are much more about translating complex and fragile emotions gleaned from histories which bind a collective of people.

And so it was for Nadya. During the time of socio-political changes in Belarus, numerous people raised their voices. Fast, it became very clear, that those in the spotlight could not sleep peacefully. Artists, including Nadya, who were taking a part in artistic actions against repression were imprisoned. There is no doubt that these circumstances had revolutionary impact on both – personalities and art. “My message calls mediation. I work with people and voices; I try to include people to participation” – admits the artist. 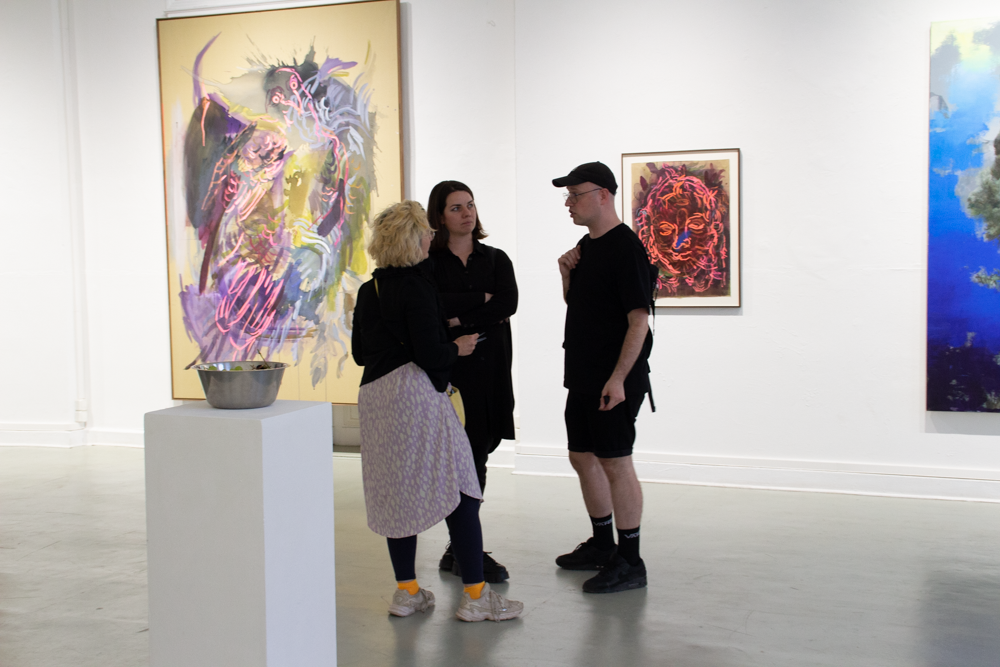 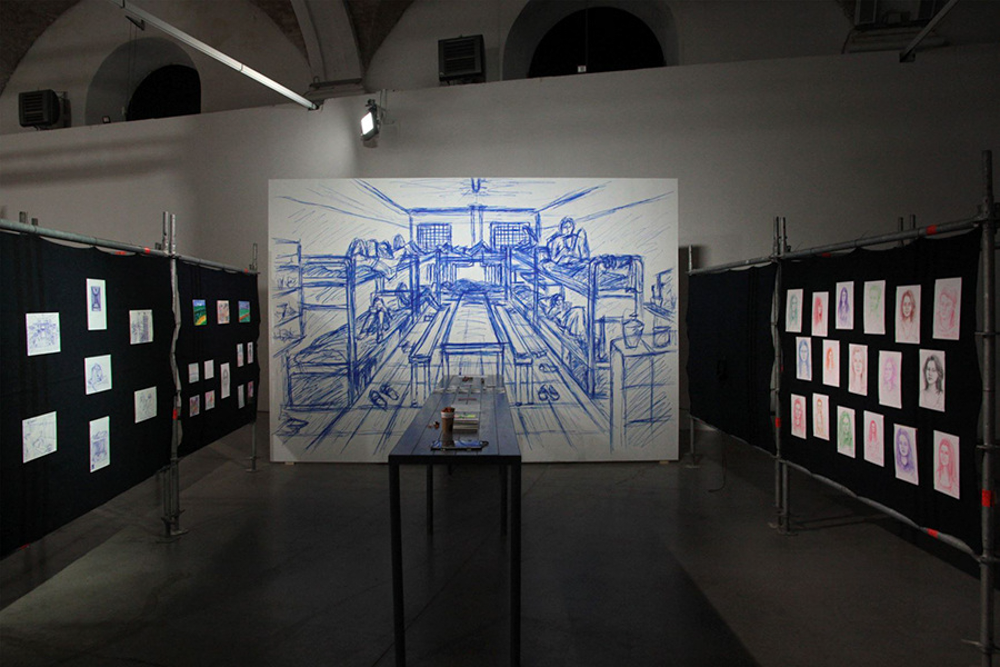 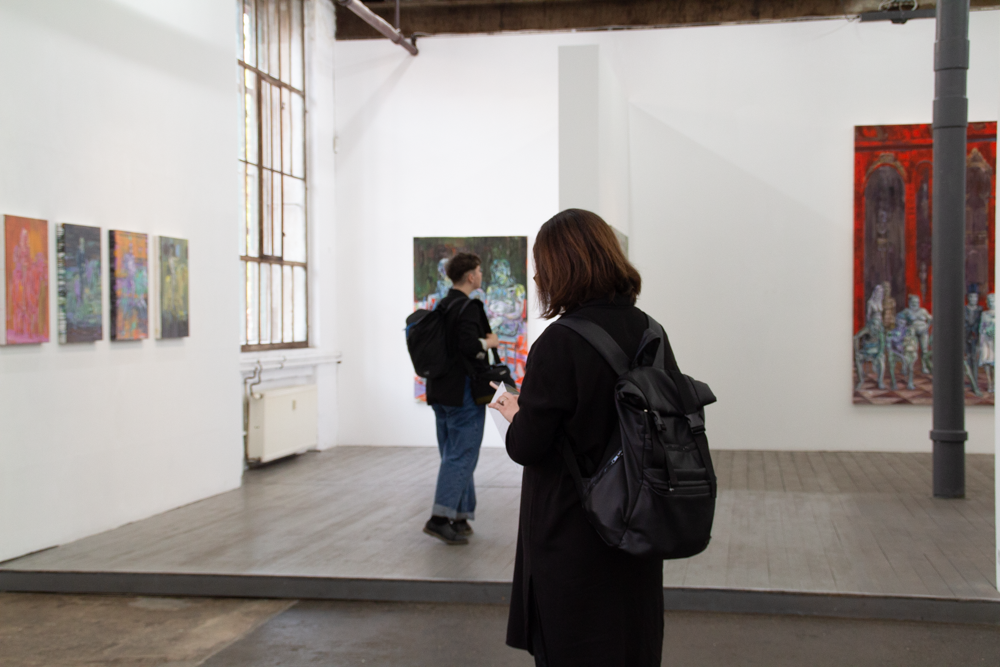 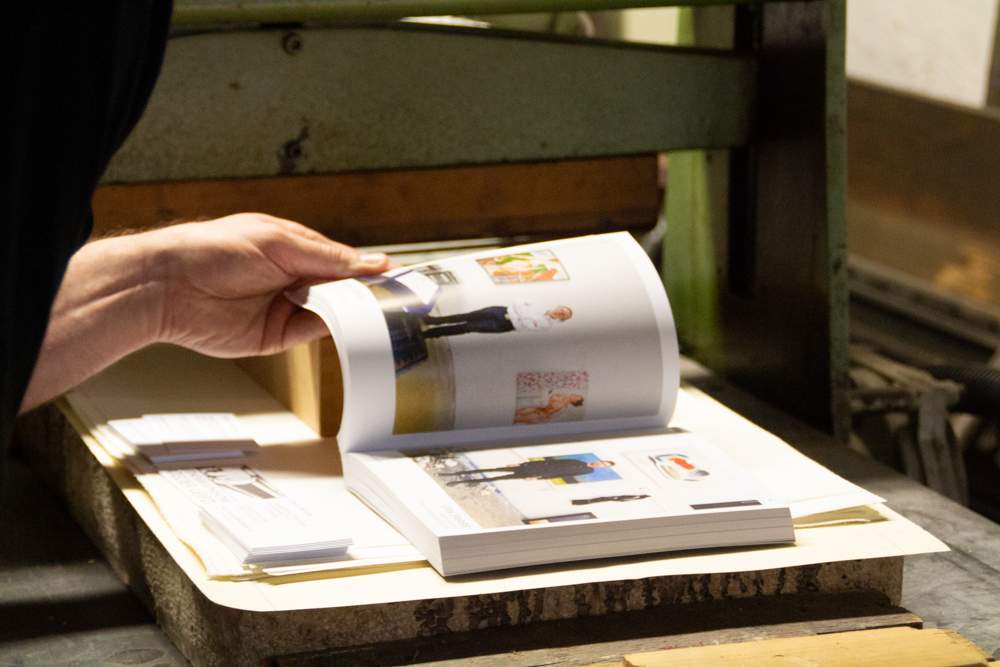 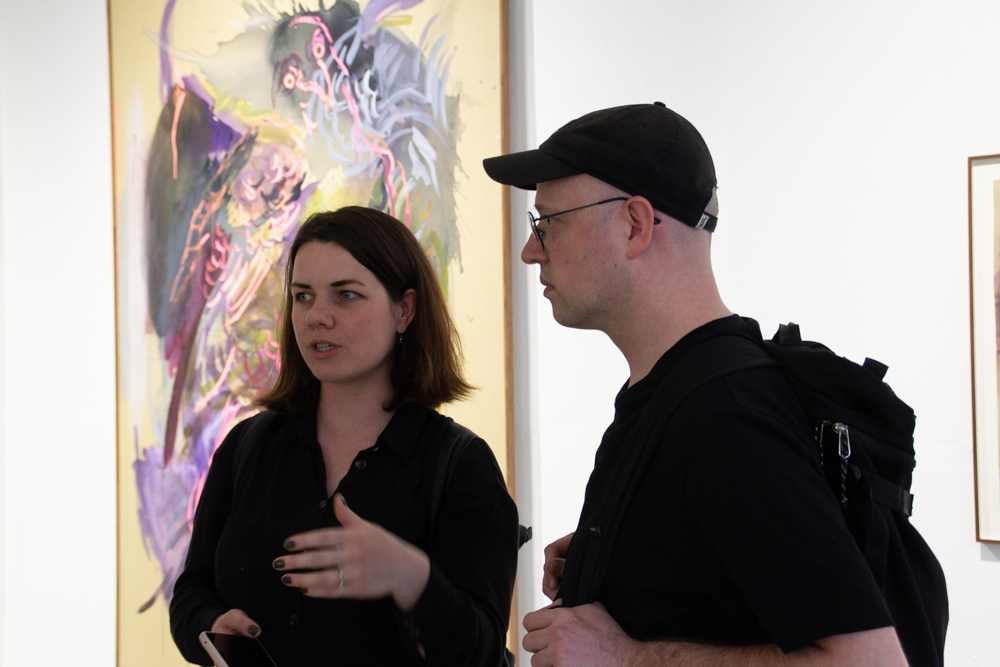 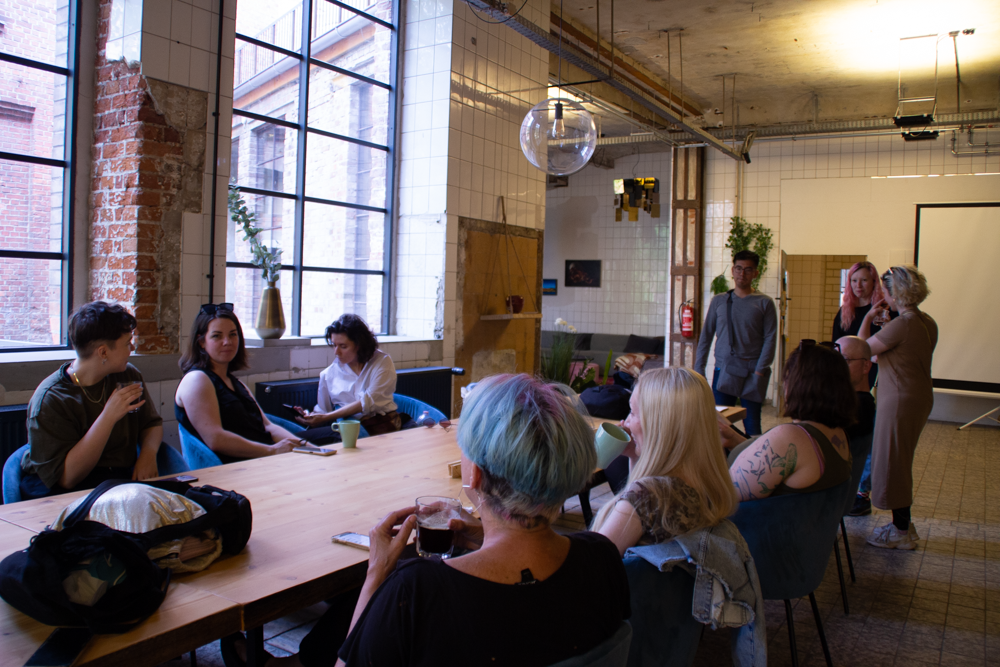 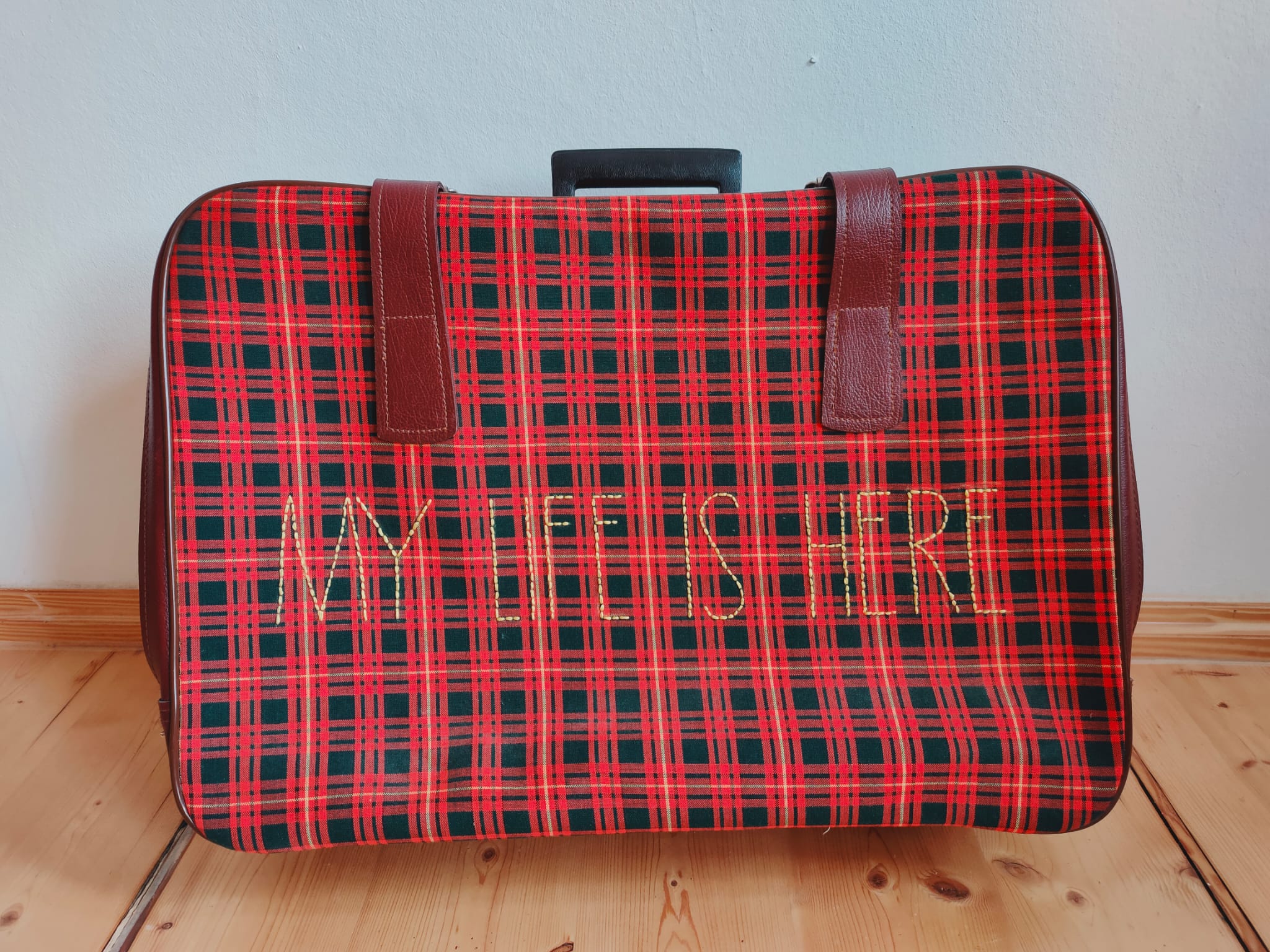 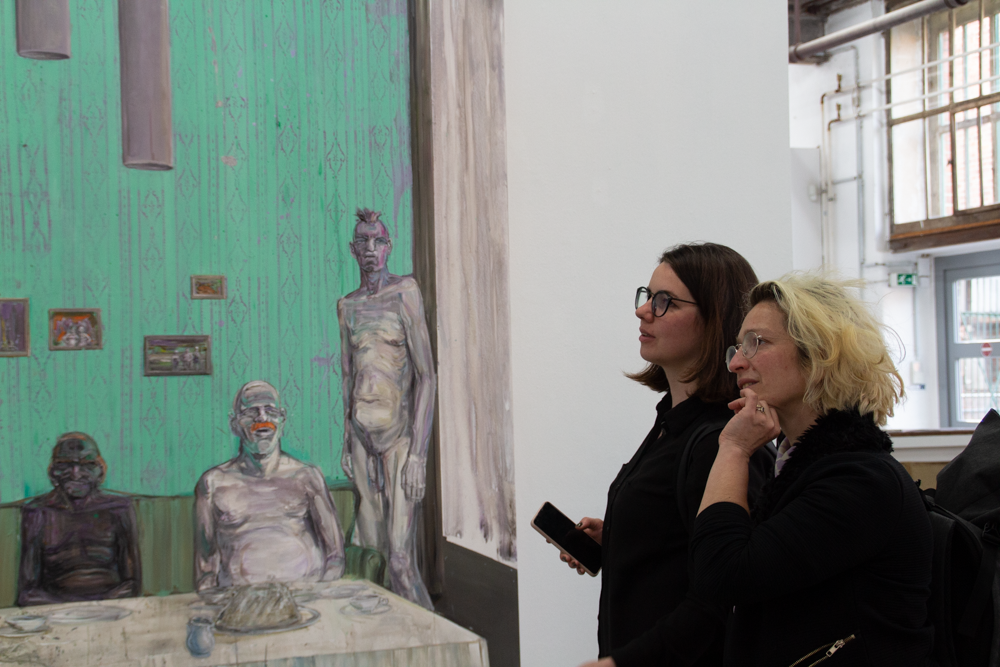 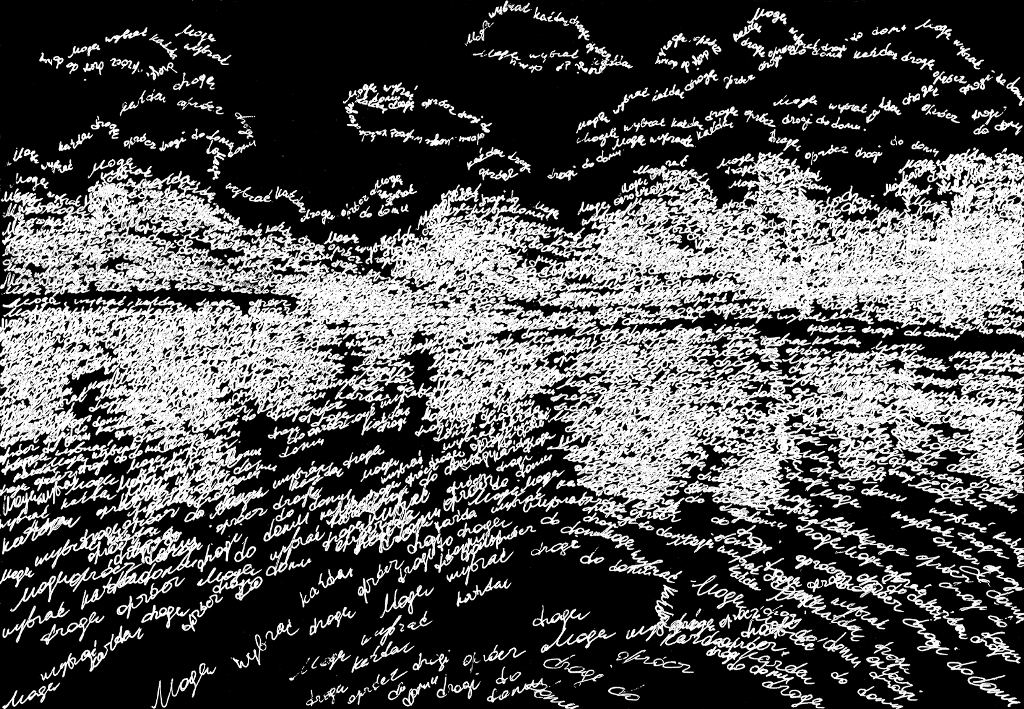 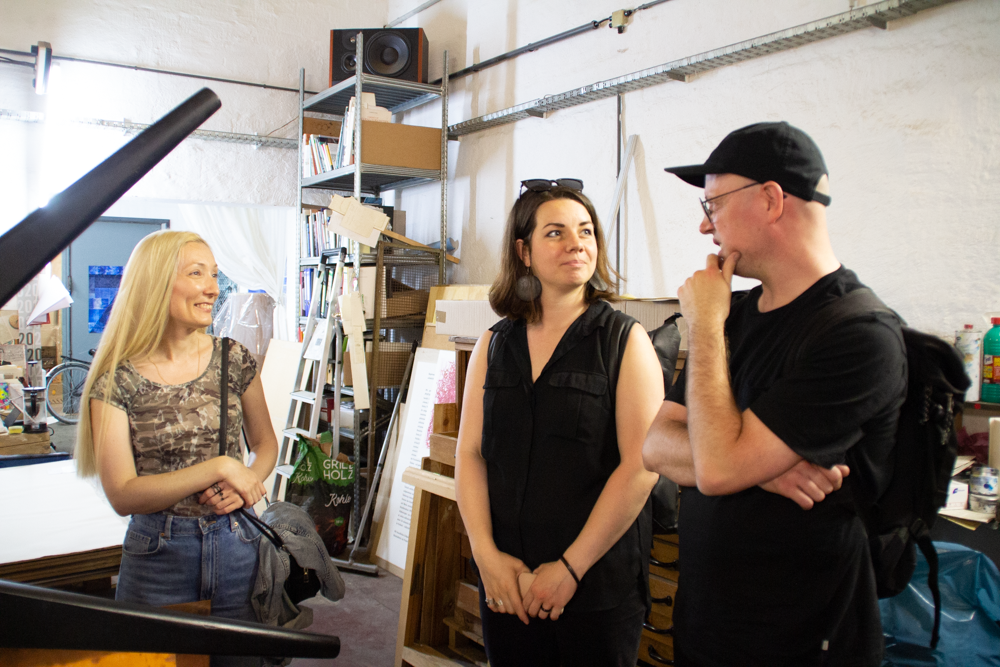 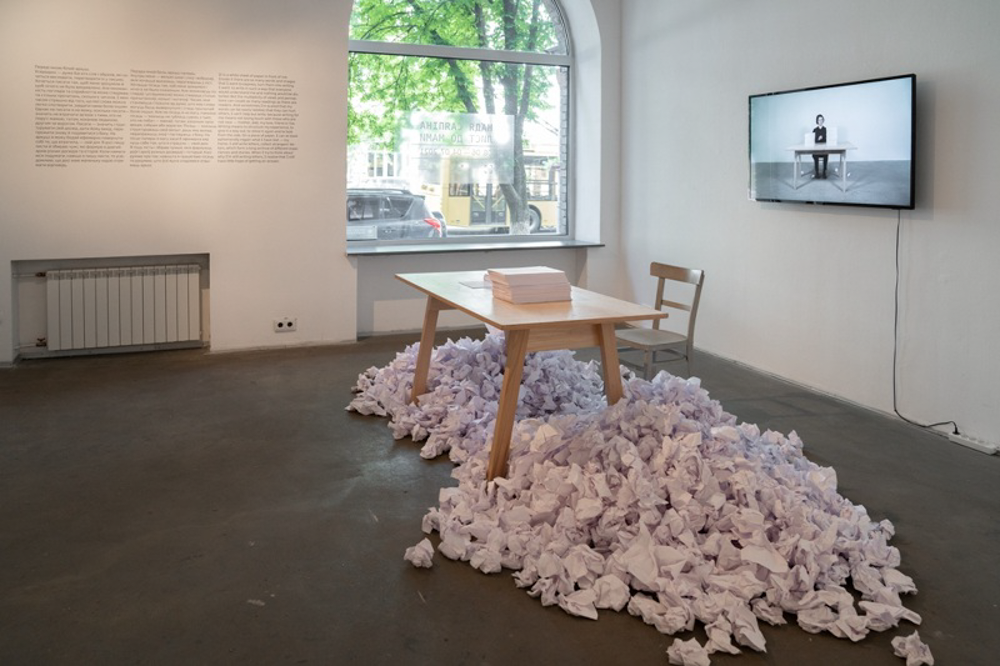 photos by PILOTENKUECHE or supplied by artist

The experience of her 15 days in prison literally became her artistic material. During that time she began considering the idea of sisterhood. “How people behave, how they feel. Those girls were there for the same reason […]. We got connected because of that. We were supporting each other to help these emotions”. Thus, the purpose of the project Dollhouse was to display assemblage of mutual emotions but also the situation in prison itself. The mixed-media composition is comprised of portraits and audios from cell-mates… those accompany situational drawings depicting their attempts to pass the time.

Nonetheless, who has exhibited once, will remain visible. The constant feeling of fear and panicking with every knock at the door forced Nadya to leave her homeland. She fled to Ukraine. There, she started the letter to mom project to highlight other people in the same position. She interviewed persons from the first migration, sometimes resembling the exile. Nadya translated recorded audio into text and set it in a video performance, along with installations and drawings. The artist then suggested locals read those interviews and create “letters home”.

Nadya exhibited the results for the first time in Ukraine 2 years ago. Conditions have drastically changed since then.  “There is still so many things to show. Now there are other reasons for migrations. It feels so strange to put these letters on the wall. Today people who came to read those letters are also on the first migration because of the war…”. At the time, the participant experience aimed to create empathy for those who could not return home because of the difficult situation in their country. Now, far from Ukraine, many who read them are the ones in need of empathy.

“I can choose any road except the road home”

Nowadays Nadya is carrying out a project in a collaboration with musician and live performer Eugene Buldyk. The artist is continuing her participatory practice, yet she is concentrating on a different subject. Nadya’s main interest looks at objects which have become symbols of the first migrations. “People are speaking about objects which cannot be adapted, for example, a cup. They don’t want to buy a cup, because that would mean that they are really there”. For Nadya such an emblem is a suitcase. You may be prepared to return, equally you might be destined to move again.

Also in that installation, she uses various mediums. Nadya asked Belarussians who are living in different countries to share a photograph of a place which gives them the feeling of being home. On the basis of those photos, Nadya has sketched and developed postcards nowhere, together with the same phrase on each in different languages… “I can choose any road except the road home”.

Nadya seeks to find the connecting point among intricate and delicate stories. For this reason, her work remains essential. Although our circumstances may vary, at any moment the conditions could change. Thus, understanding and empathy is a universal need.

Keep up to date with Nadya’s work on her website. As a International resident, her work can be seen in the upcoming PK events.