Can you be serious and fun at the same time? Nawar Alhusari is, and modest to boot. He came to Leipzig as a resident at PILOTENKUECHE International Art Program, and loved it so much that he is here to stay. Rich in historical and modern culture and its connection to publishing, make it the perfect place for him.

Nawar ‘s practice has a strong relationship with text and theory. His earlier works, such as his graduation project for the Bachelor Degree  A Visual Reading of Sufi Philosophy (2011) created in Damaskus, reflect this correlation. This project contemplates Sufi philosophy, poetry and finding ways to visualize them.

When thinking of text appearing on image, posters come to mind at some point. Nawar’s interest in posters manifested during his masters’ degree where he deepened his knowledge of lithography, leading to him teaching it later. He studied the impact of lithography on the European poster. At the moment, he is researching The Visual Identity of the Political and Social Poster in the Middle East;  the working title of his phd project at Bauhaus University. It’s important to mention how theory and practice go hand in hand in Nawar’s work. He is absolutely socially engaged, which is a really important virtue, maybe now more than ever.

One of his recent works realized in Leipzig in the framework of a grant (GEDOK Mitteldeutschland International Art Symposium) is entitled All Homes Are Temporary (2021). This initially site-specific, public installation also strongly relies on text and is quite political. Though, not only words are in focus, but a graphic symbol. Nawar told me about the strange Lebanon phenomenon of material from UNHCR tents appearing appearing not only inside the refugee camps, but also everywhere in the cities around them. The ubiquity of this tent material and the UN logo on it caught Nawar’s attention. He uses the very same material to convey a message related to this crisis.

“All homes are temporary”

– a catchy phrase starting with ‘all’ describing a specific thing to be of one sort only. This cannot be an unfamiliar way of phrasing for anyone who walks with open eyes in the streets of Leipzig or follows the news even just a little bit. In contrast with the well-known often debated (sometimes problematically) A.C.A.B. slogan from the US, Nawar’s statement is sensitive and critical, and yet it draws attention to the always present topic of the refugee crises. A stable home is such a fundamental base for a human being, and the tents are barely serving this purpose, though at the same time saving people from more horrible conditions. Nawar’s text is made out of metal and placed on a billboard-style tableau covered with the tent material. It was exposed to various weather conditions in its outside installation at the Plagwitzer Friedhof. Both the process of the deterioration of the material and the graveyard location deepen the meaning of the work and focus even more on the topic of temporary homes. 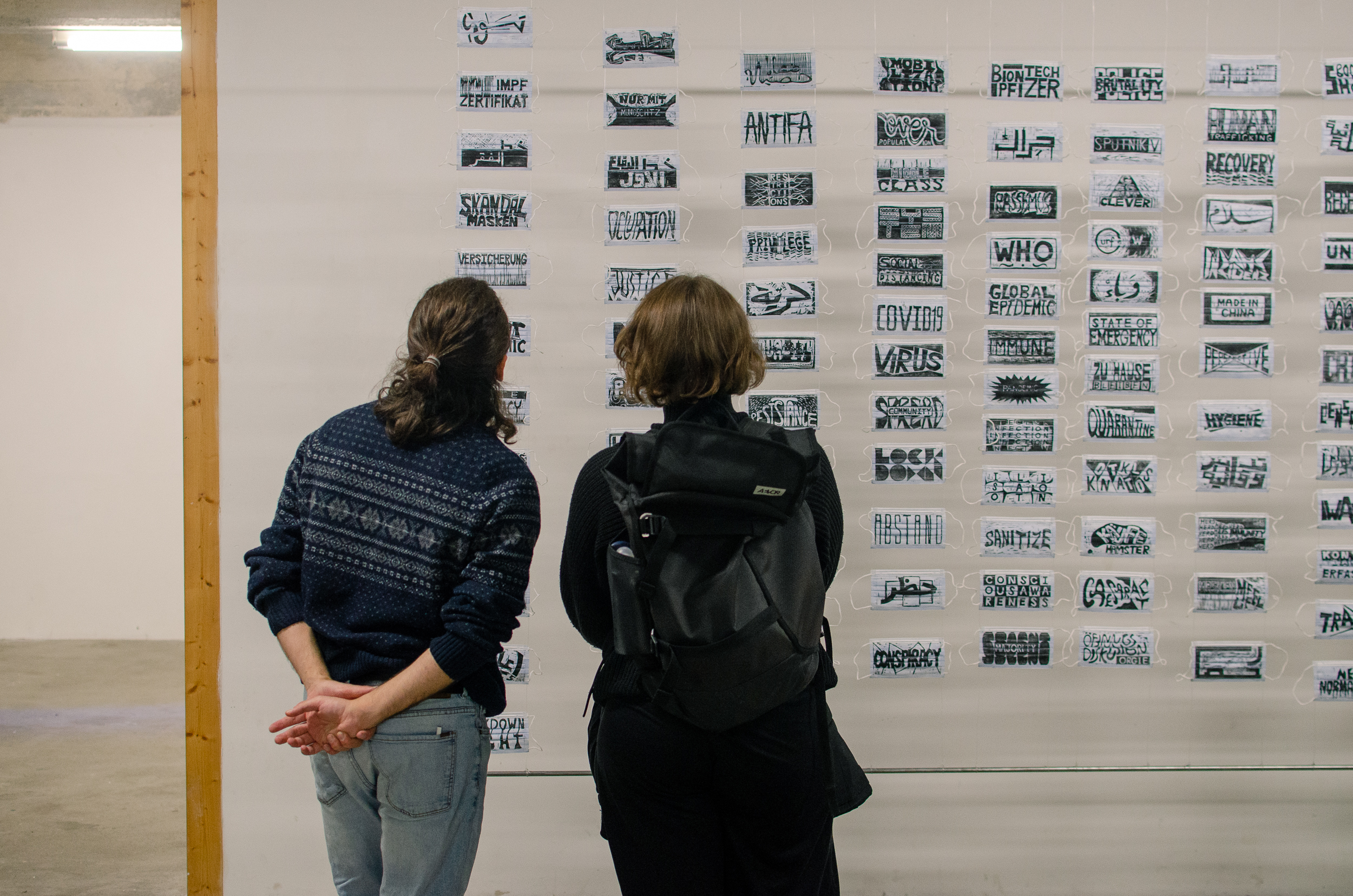 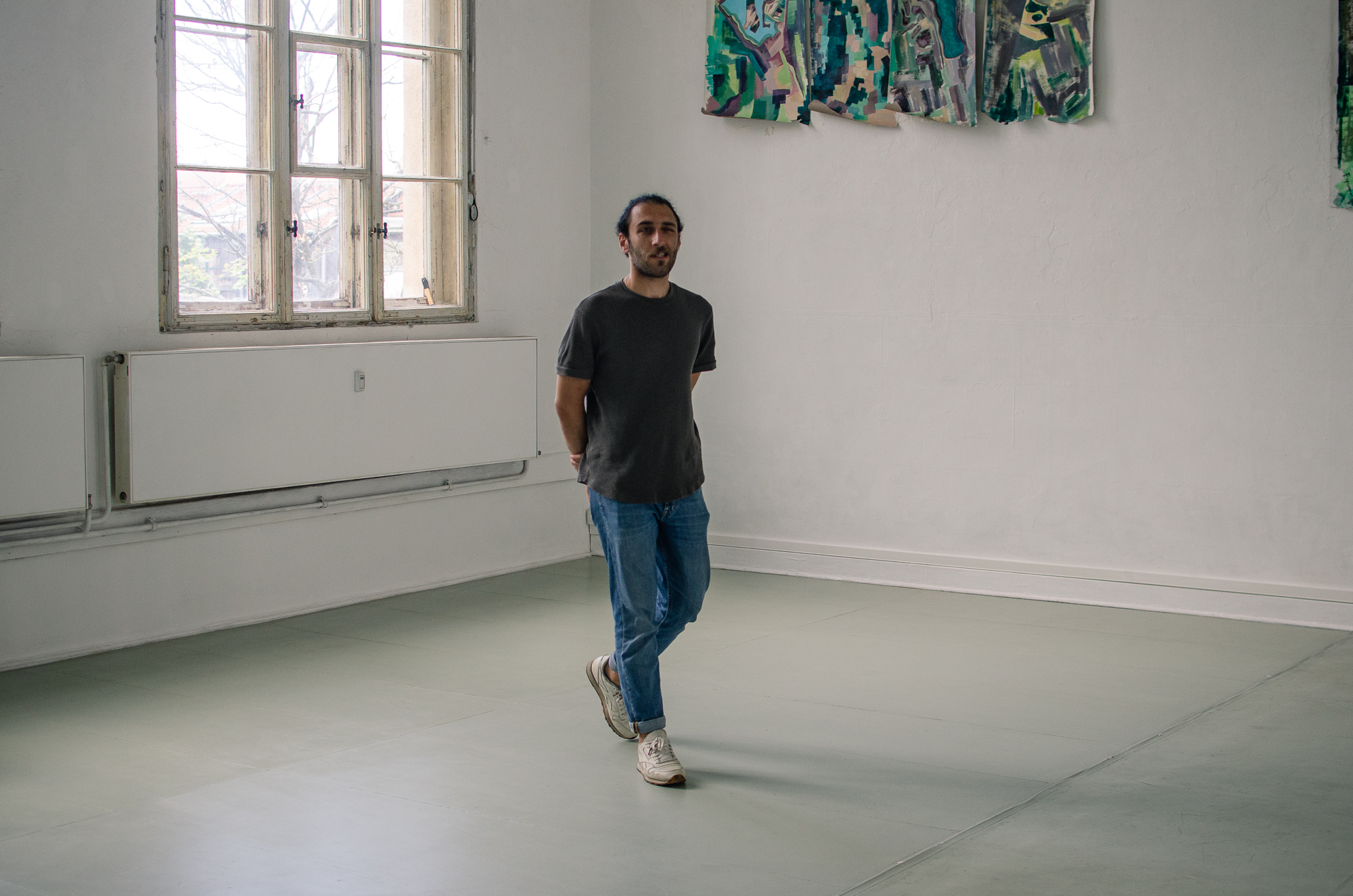 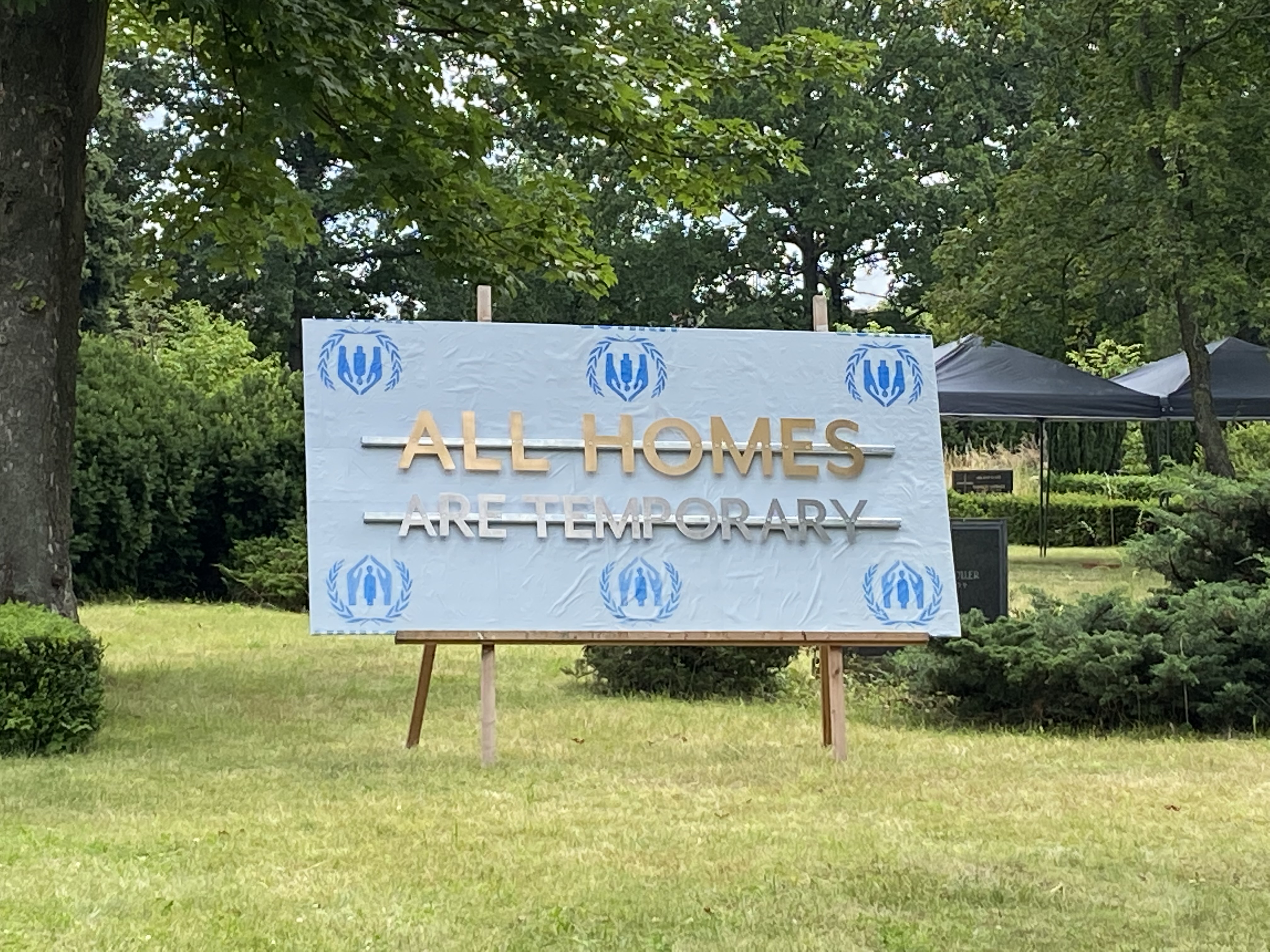 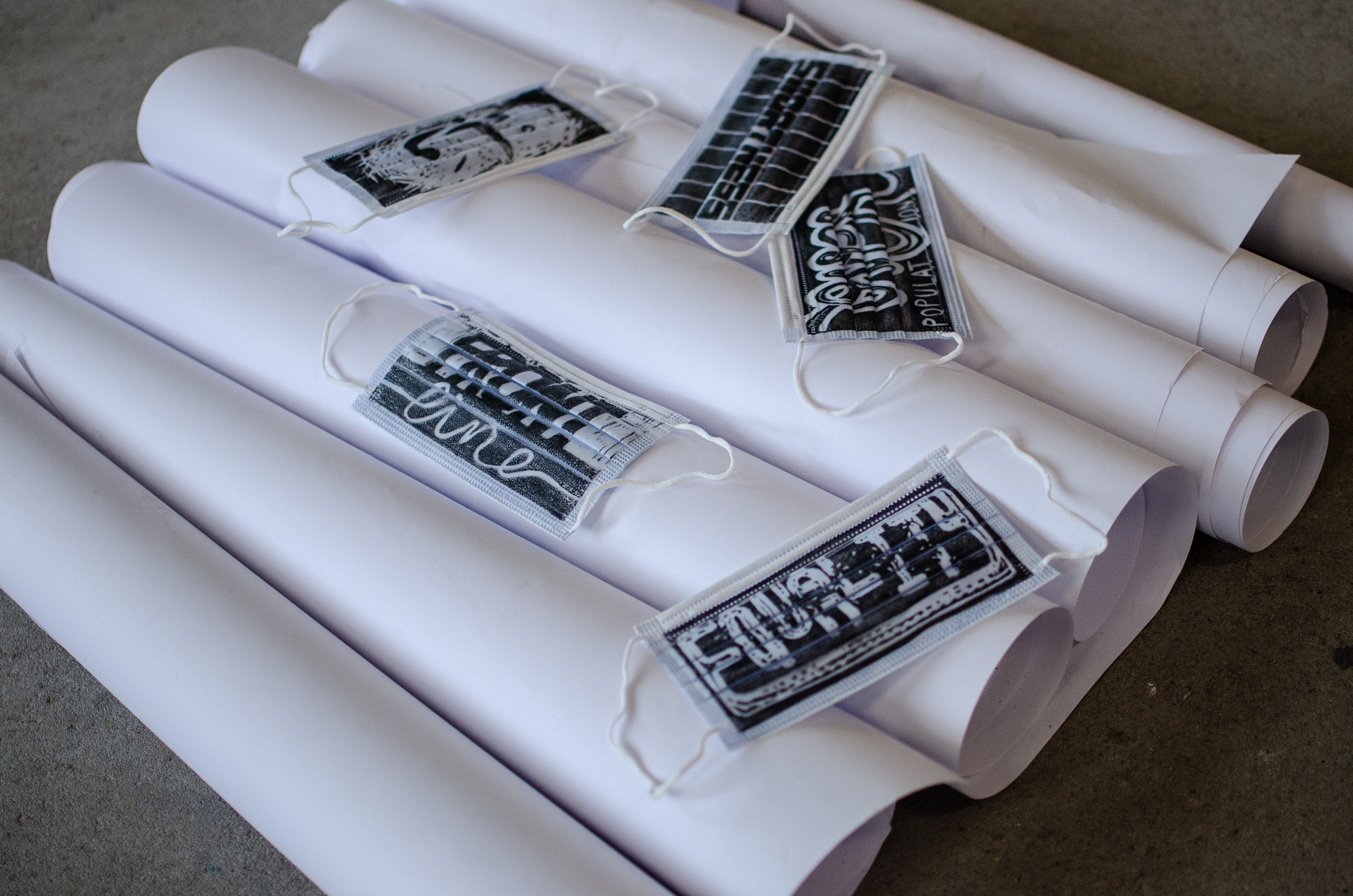 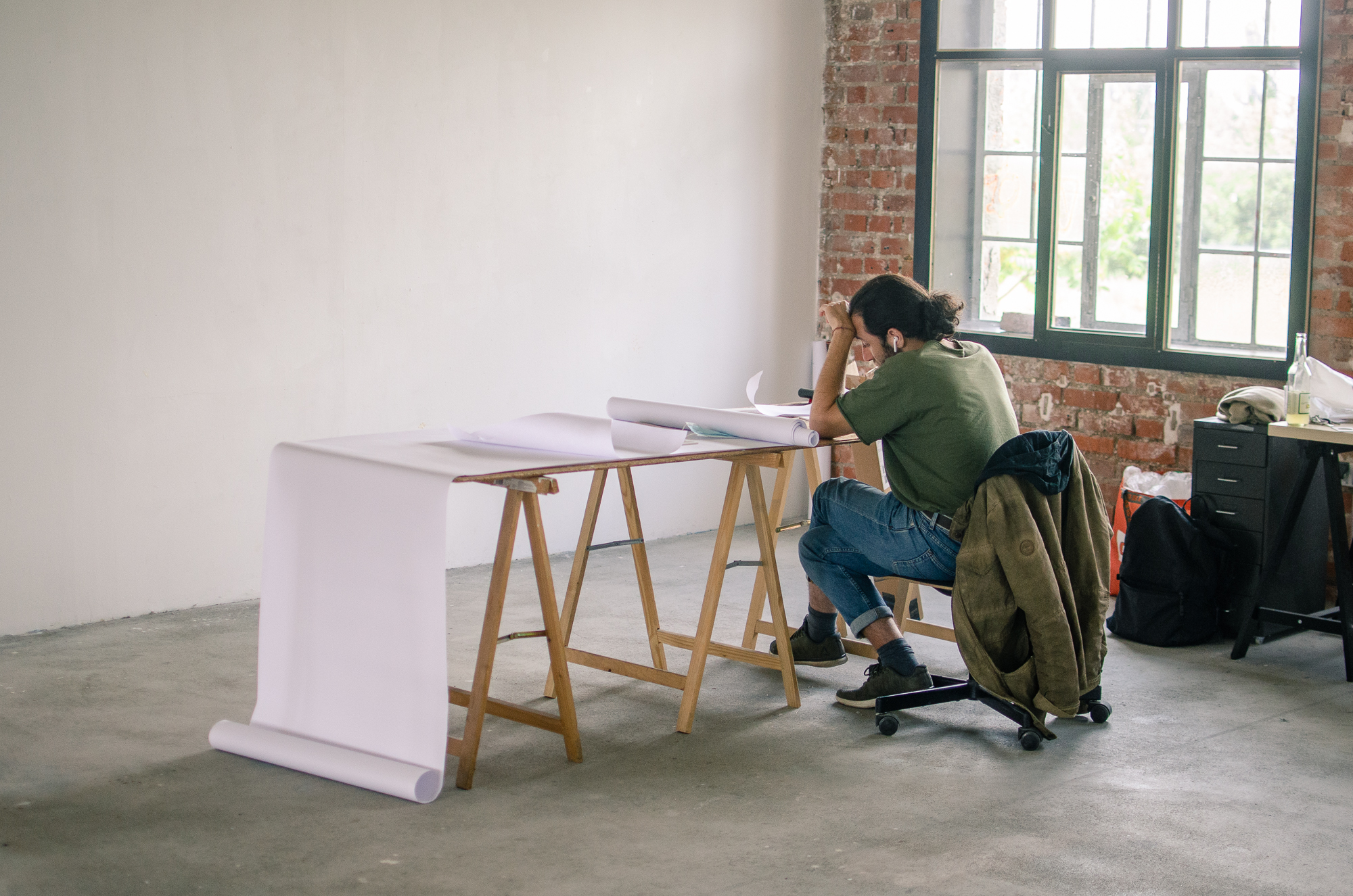 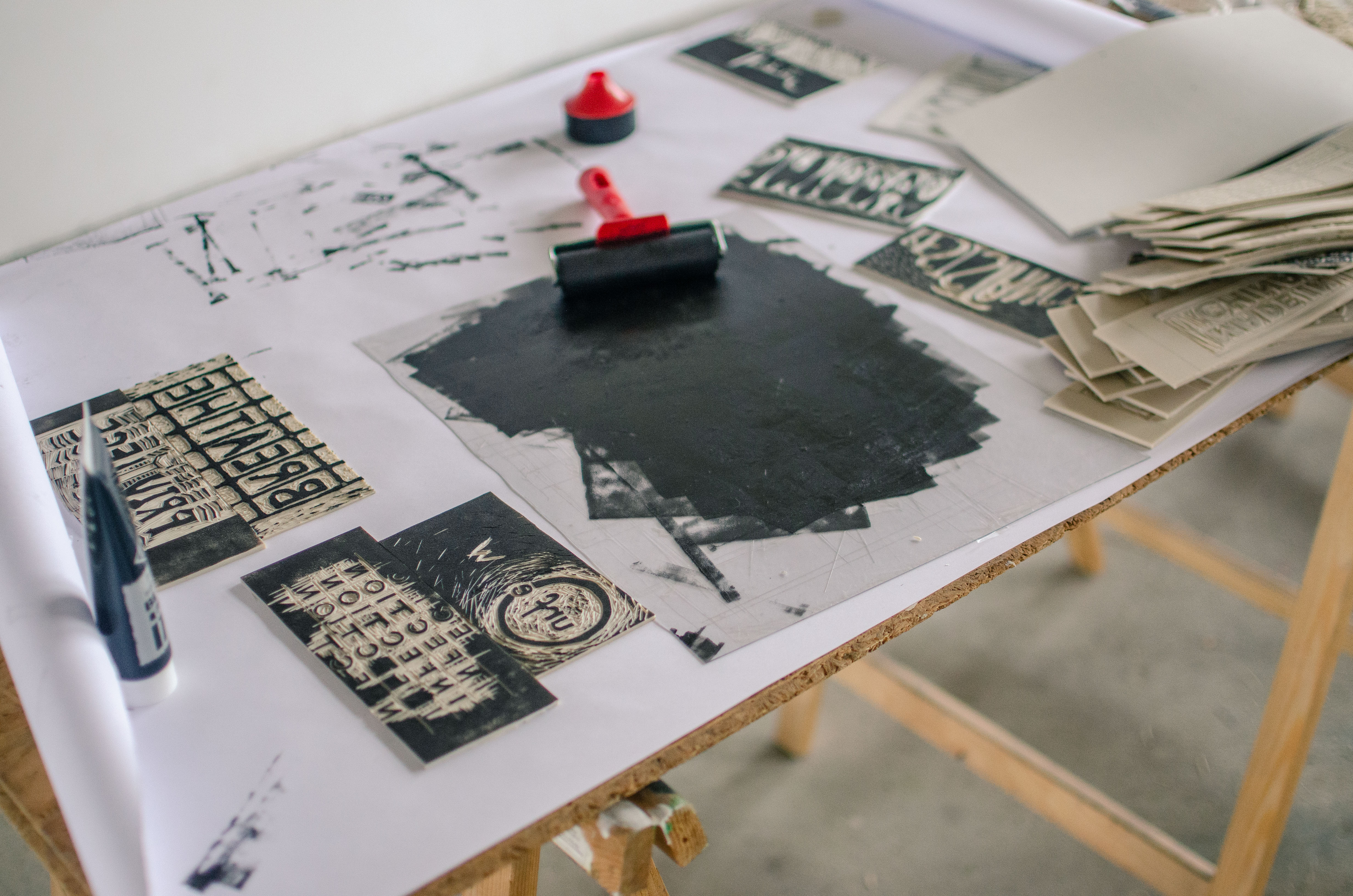 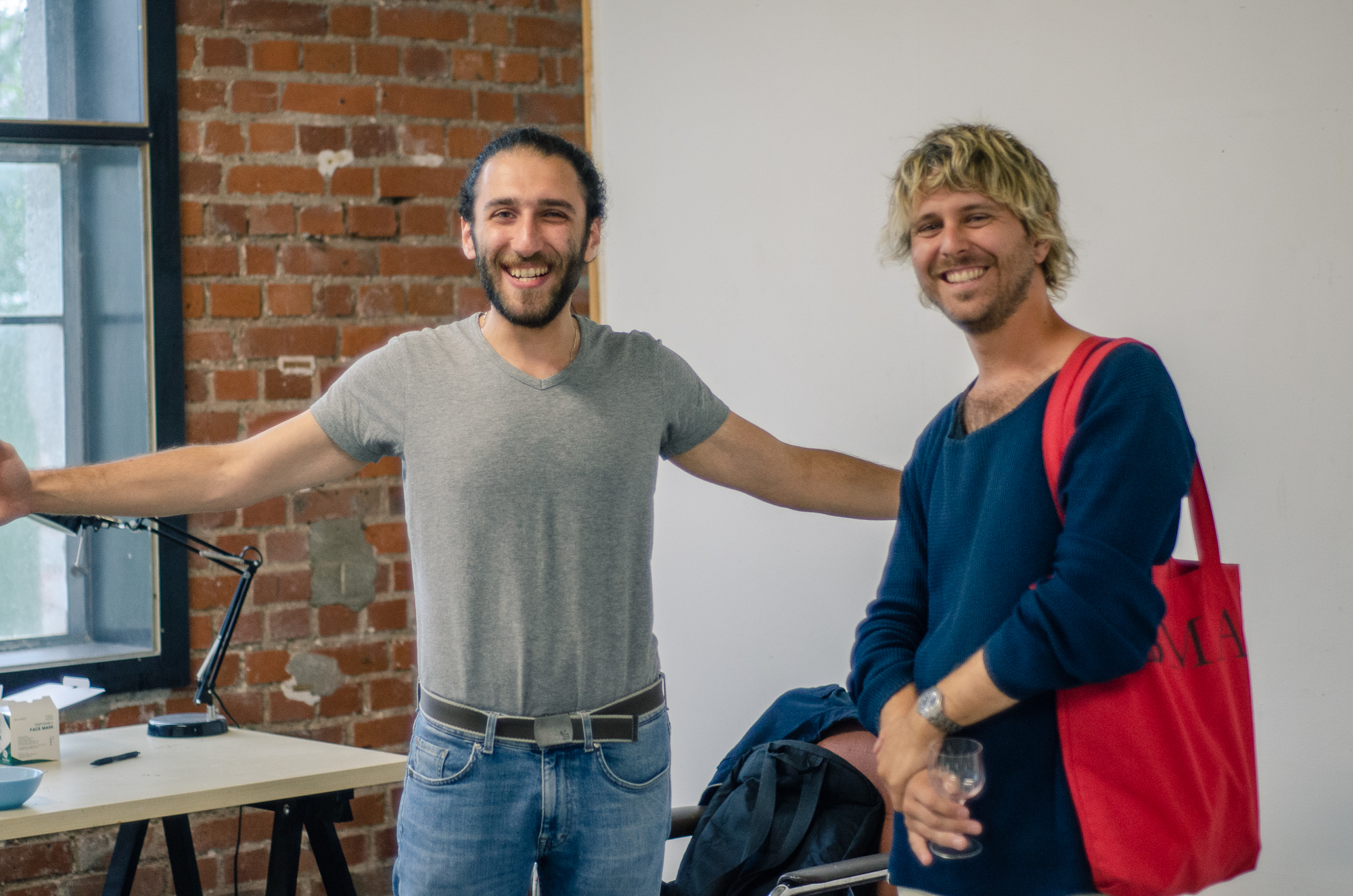 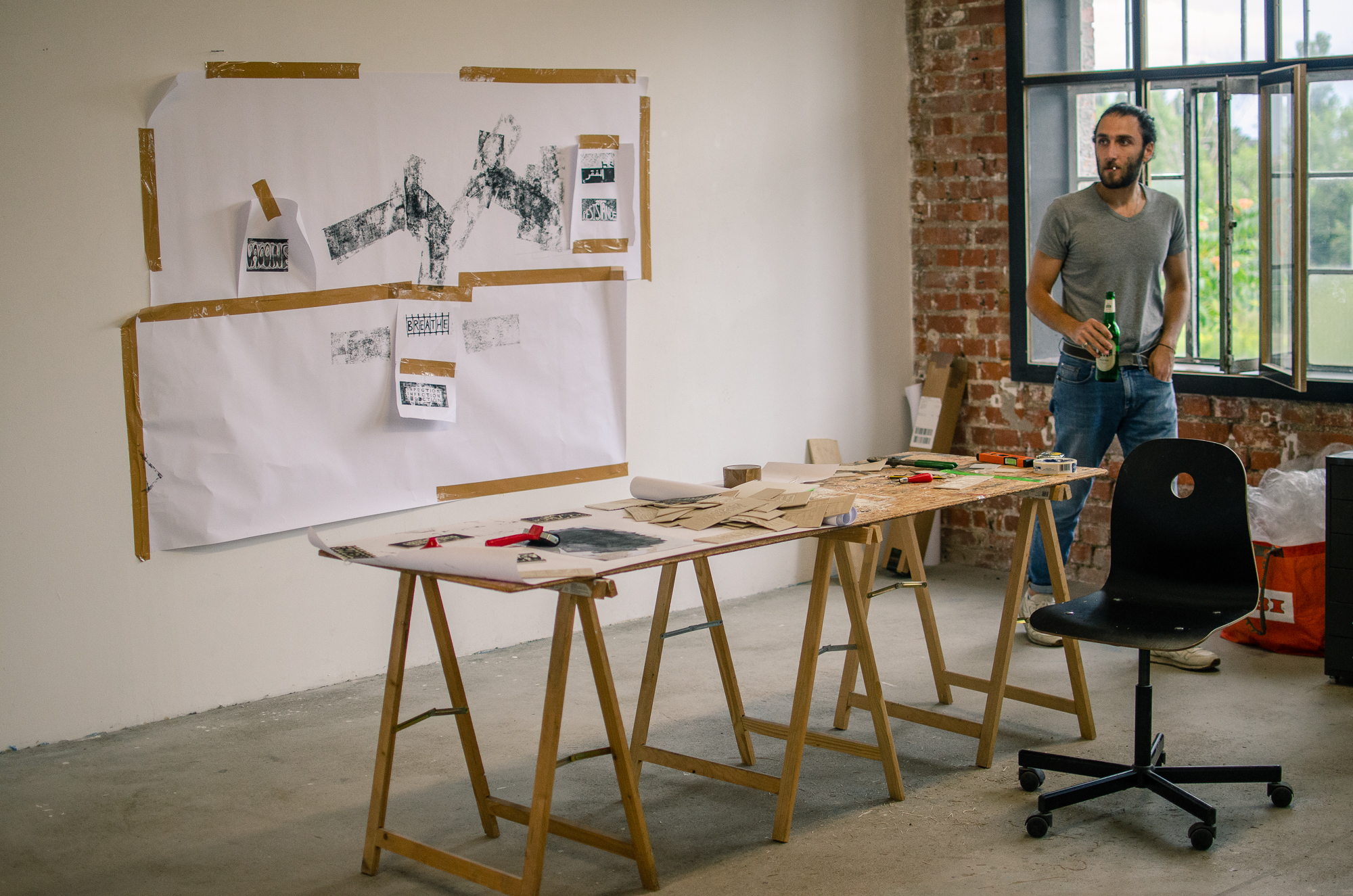 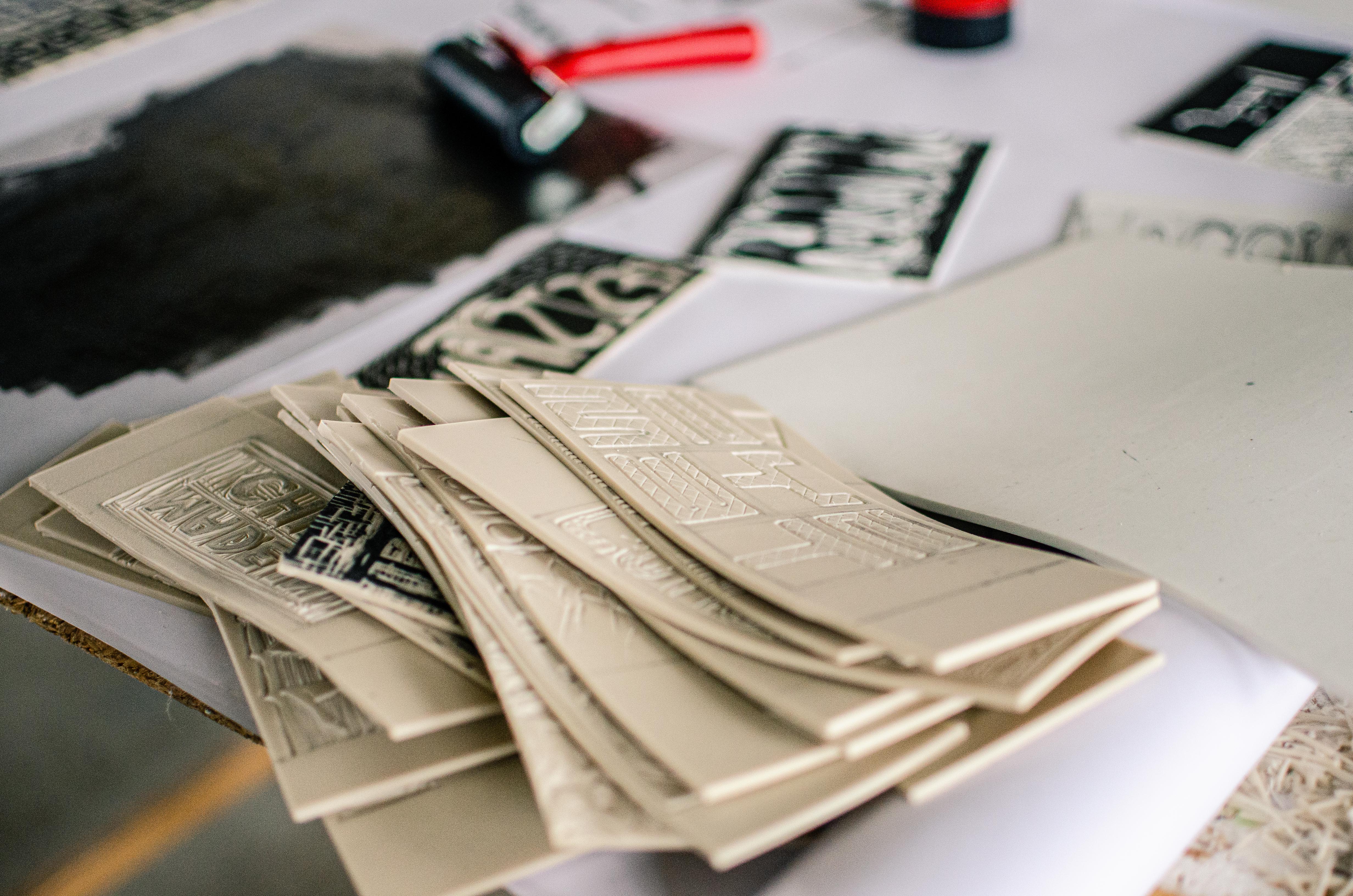 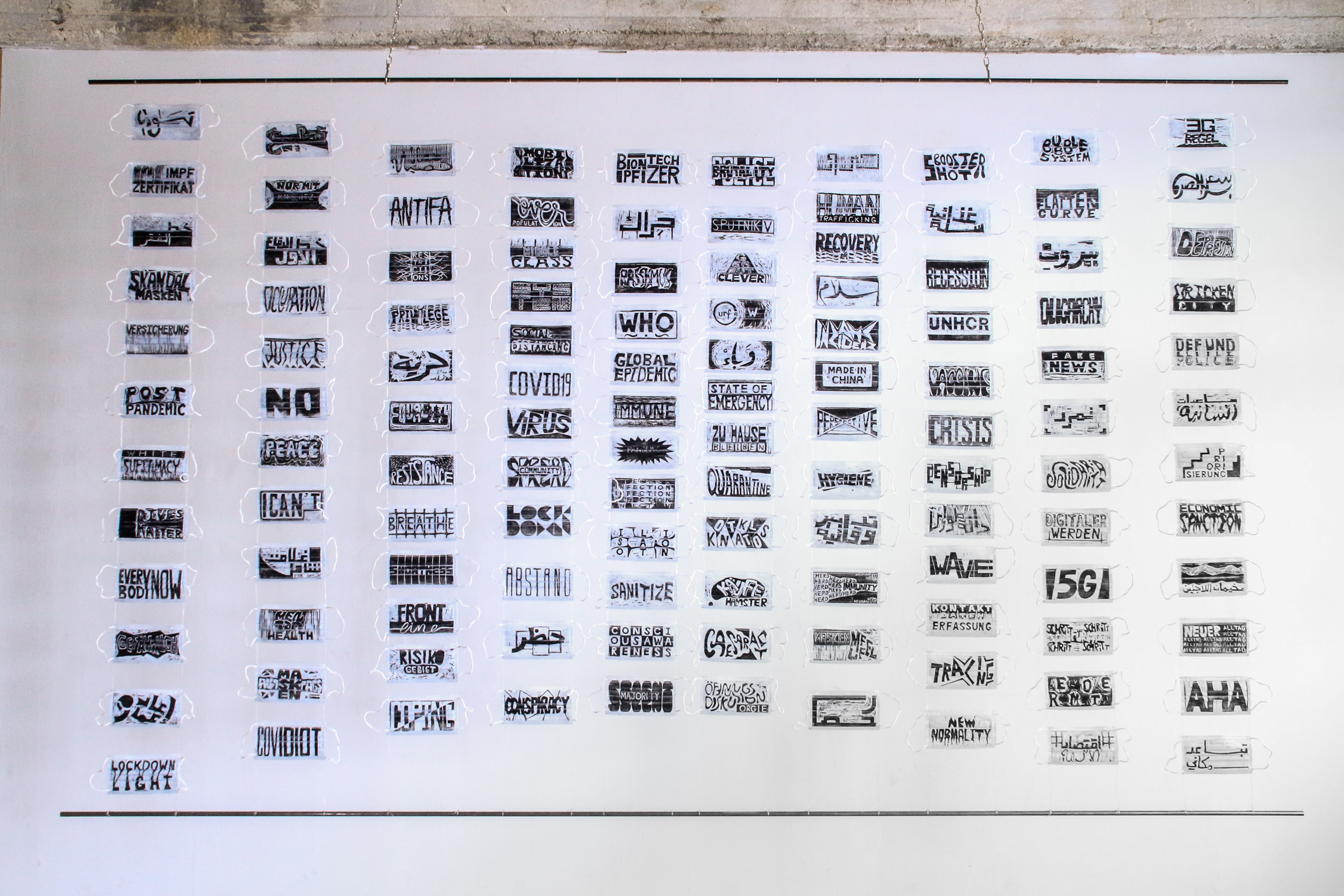 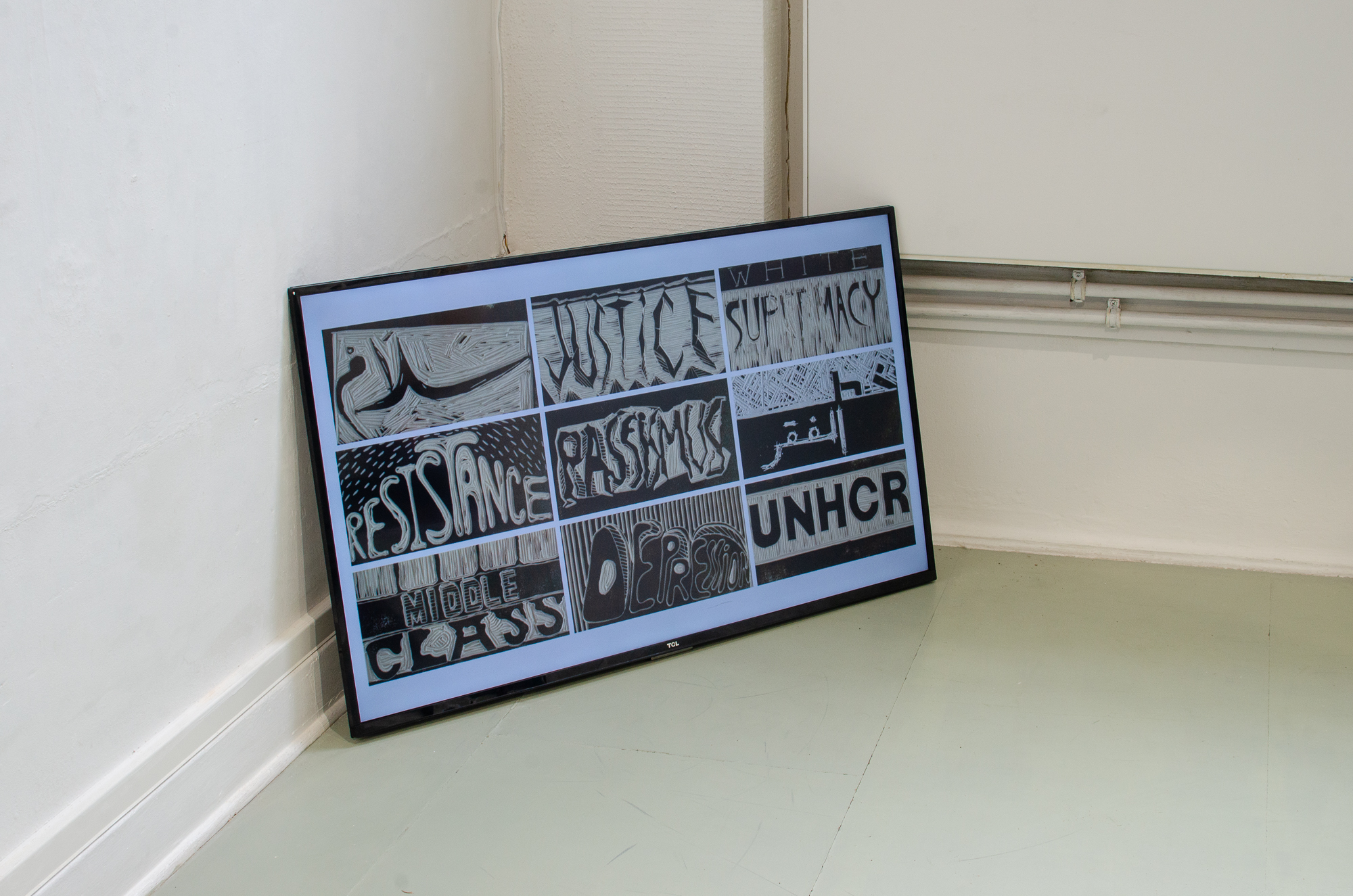 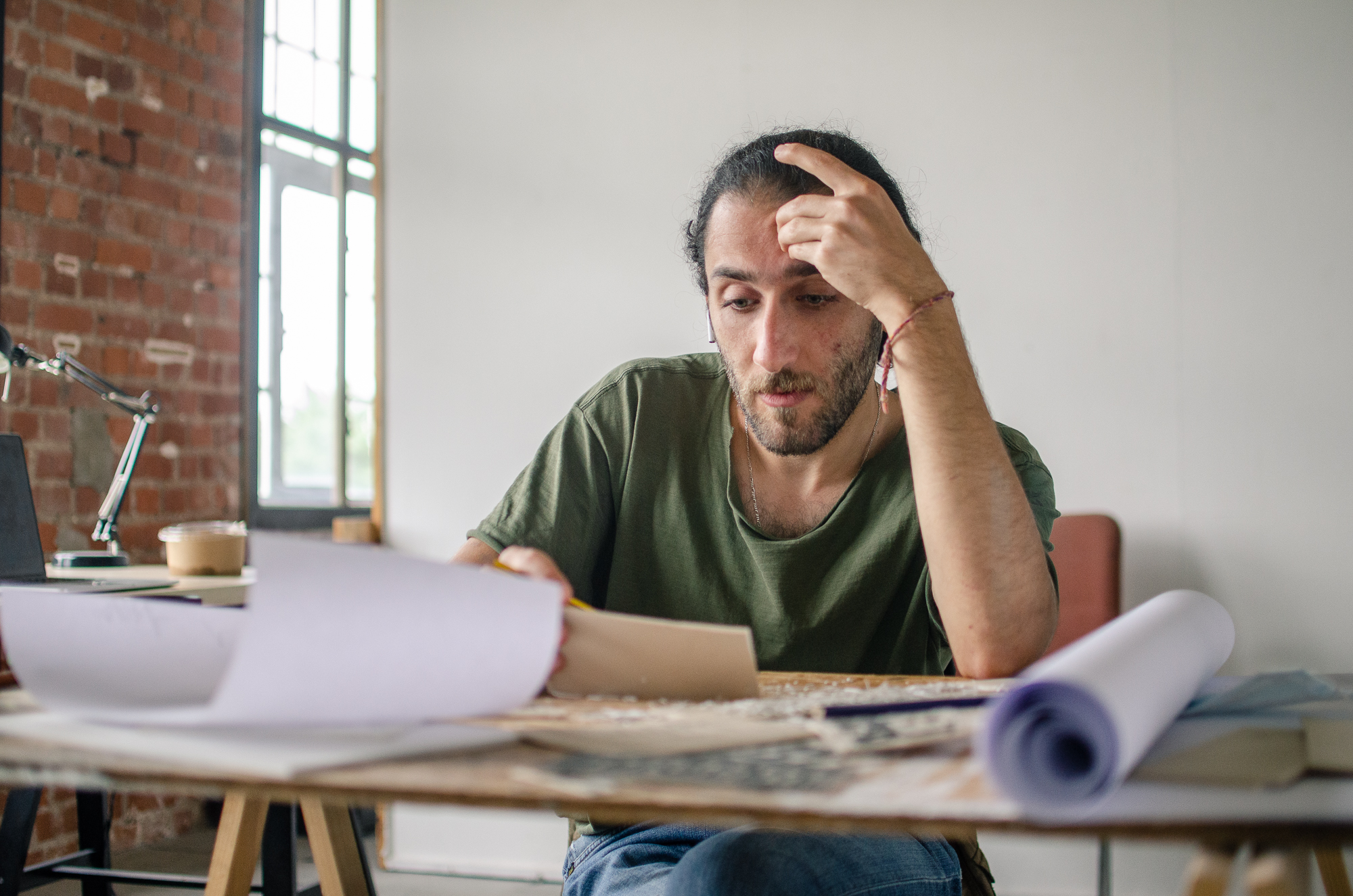 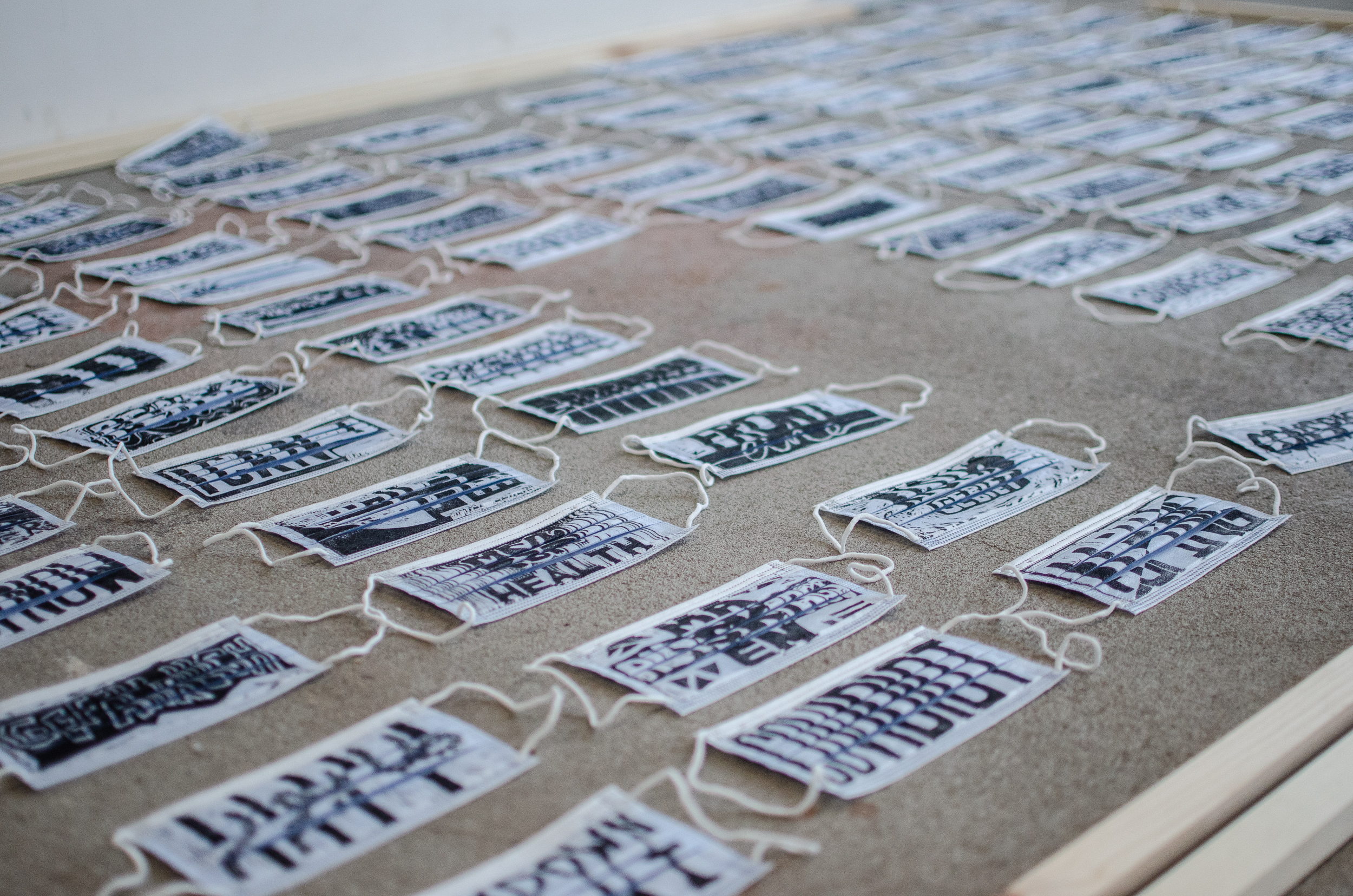 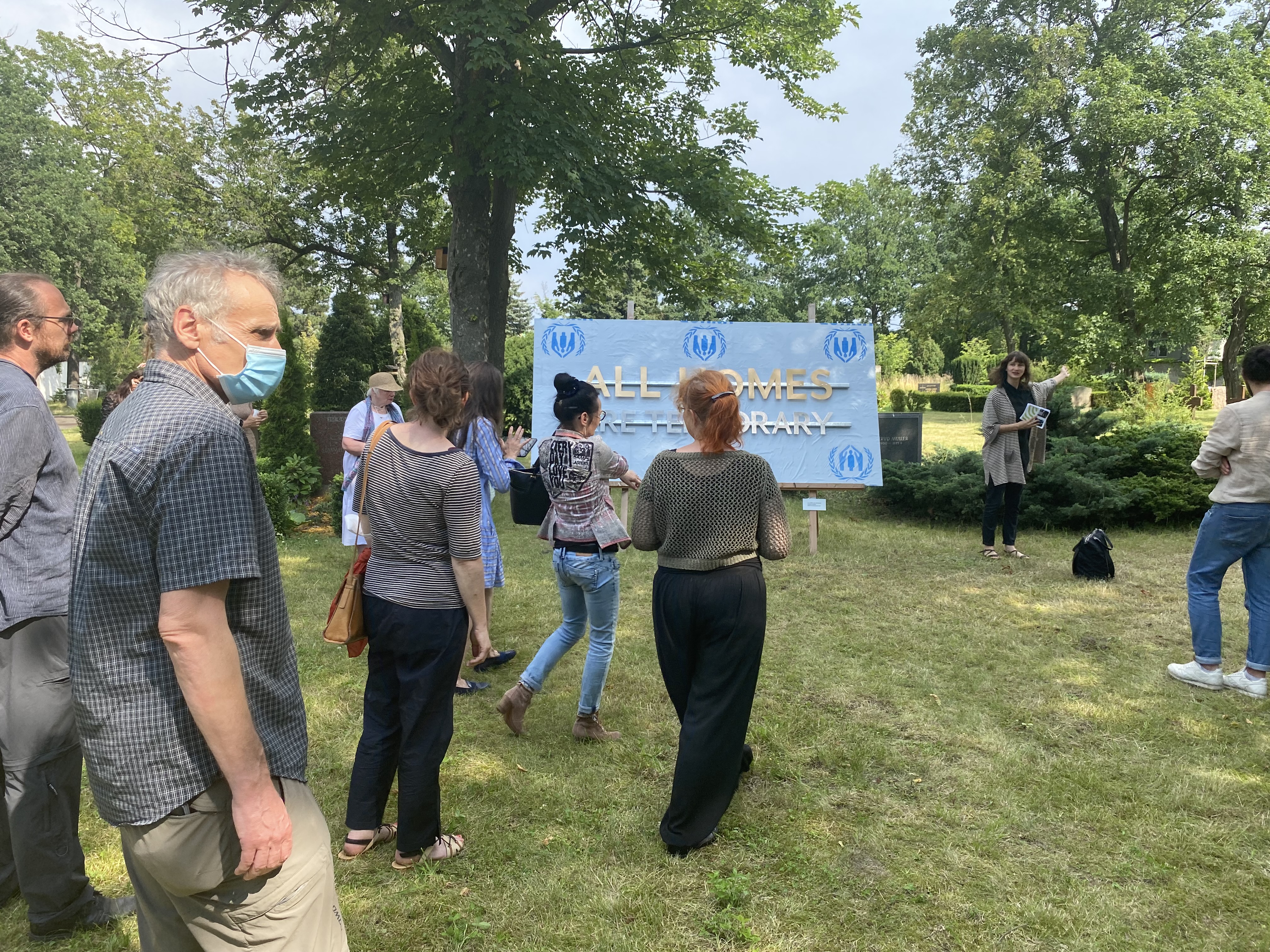 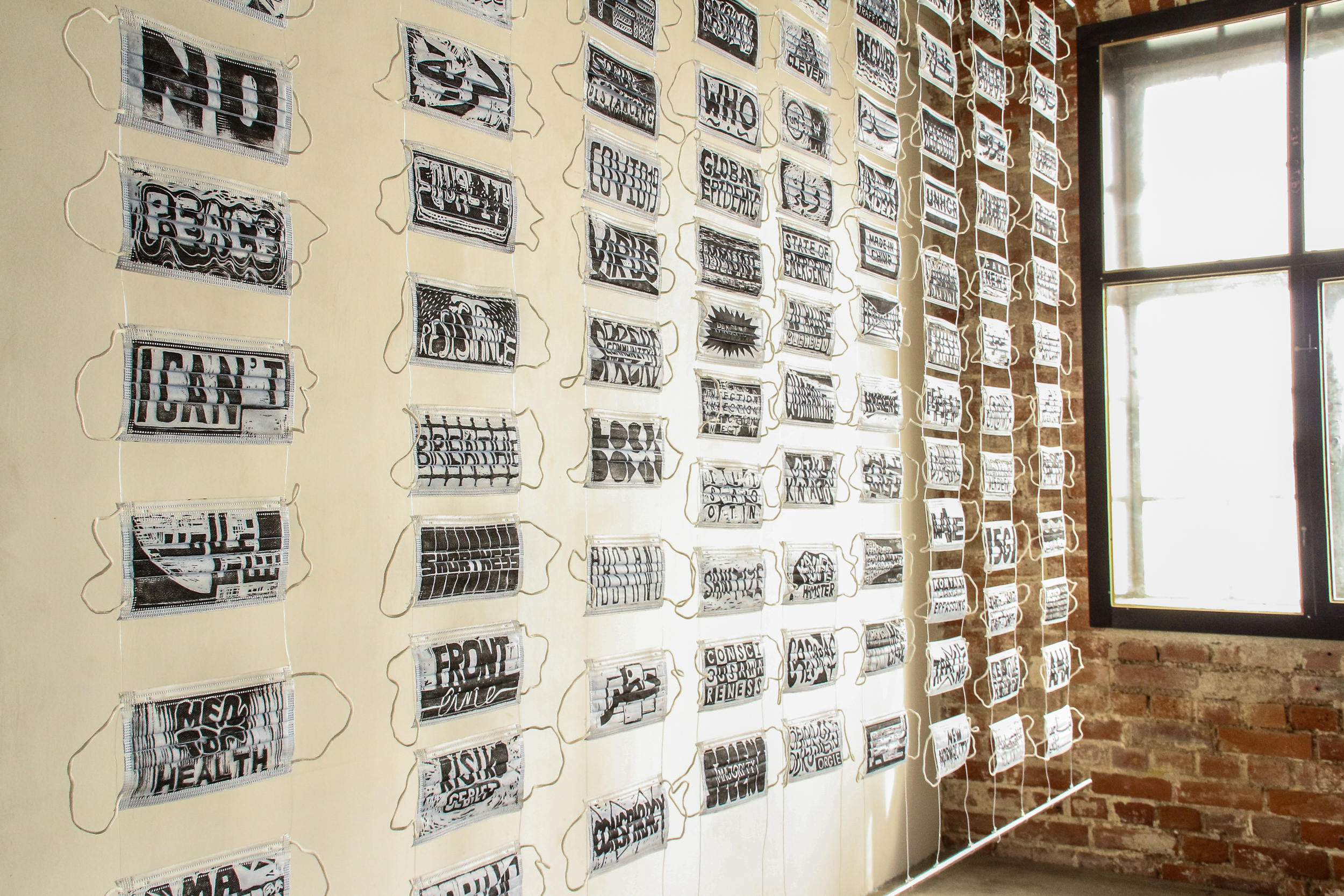 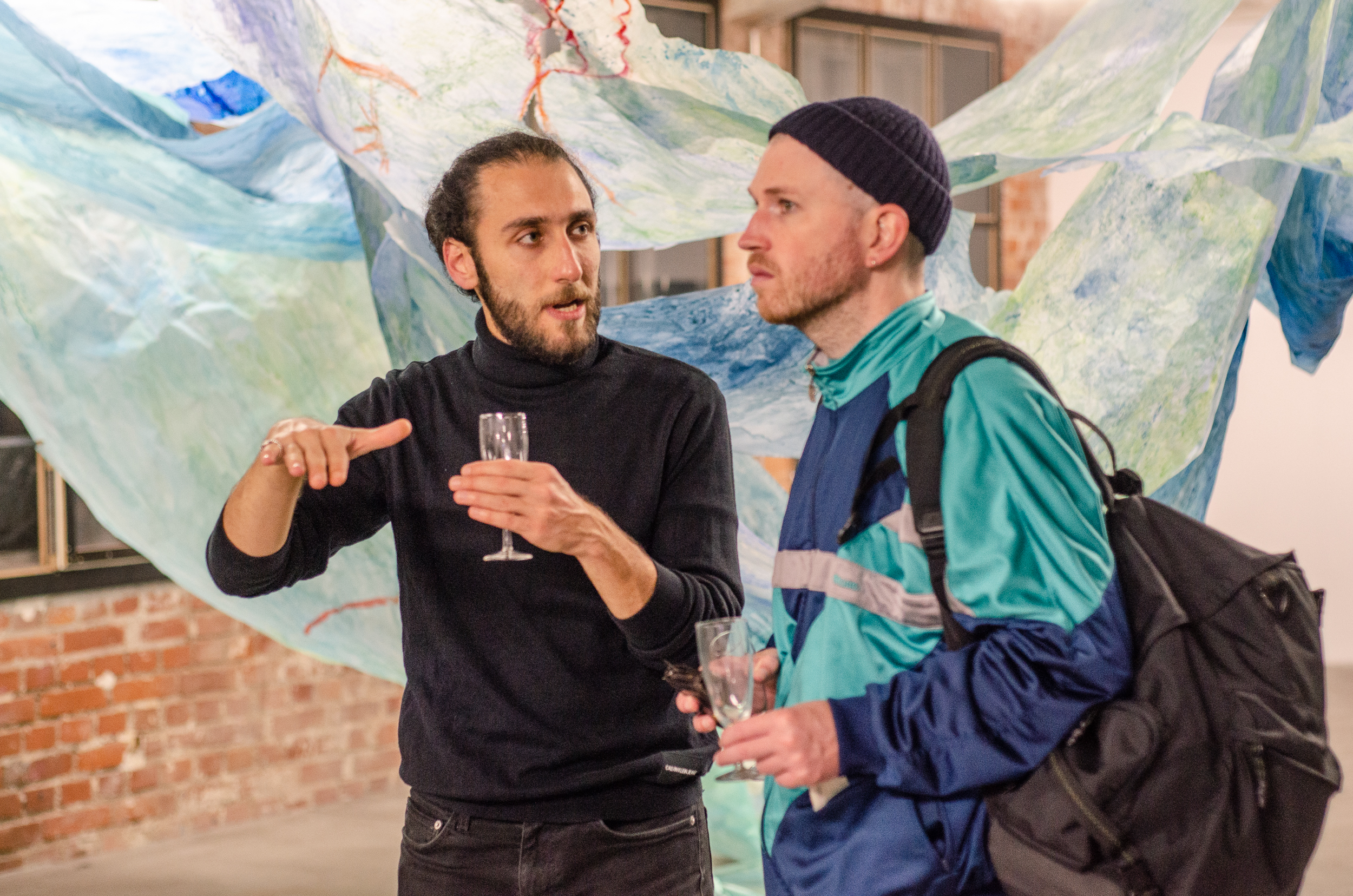 photos by PILOTENKUECHE or courtesy of artist

During his residency at PILOTENKUECHE, Nawar researched on words once again. This time they related to the most current global situation: the pandemic. The project Noises of Isolation (2021) was executed in two parts. First, it was installed as a video (titled Daily Dose) as part of the group show Airy Democratic Spirituality at Alte Handelsschule. And second it was as a large, floating installation at the final exhibition of the residency, Sublime Generous Odyssey at PILOTENKUECHE.

Using the technique of linocut, he created 120 different designs showcasing terminologies and expressions related to the COVID crisis – in German, English and Arabic. The linoleum plates are fitted for printing on surgical masks. In the video version, the images of the linoleum plates relentlessly flash, while in the installation, the prints on the surgical masks overwhelm us in a different way. They almost cover a whole wall, floating above and next to one another in a grid, with the help of transparent wire. Being intense was an intention of this work, to ‘address the massive flow of information’ (quoted from the artist) and to highlight the overwhelming nature of this situation as well. These words and expressions which we type daily into our search engines, have become ingrained in our collective consciousness. Isn’t it too much? Somehow I feel like his work is asking exactly the same question.

Most of Nawar’s works are related to text, different languages, and accordingly, his origin: Syria as well. That’s why it’s important to say a word about his approach to the topic of being a foreign artist in Germany, or rather, in the West. Nawar rejects the expectations of the Western art scene towards artists who come from the Middle East. They expect a certain aesthetic or form. He believes in authenticity. Moreover, he finds it crucial to differentiate between aesthetic value and conceptuality. He pursues his interests regardless of those expectations and in the ways and forms he finds appropriate for his projects. Therefore, the works might be less probable to be exoticized by inappropriate voices.

Nawar participated in two exhibitions while at PK. His project was accomplished with the support of Ettijahat-Independent Culture.

Catch up with Nawar’s current activities on his instagram.