Instead of asking how some things in the world have come to be, Viktoria Sophie Conzelmann demands the inevitability of alternative futures.  Her conceptions appear straight from a science fiction novel. She operates between, among, behind, and through the crevices of natural history, science fiction, and natural futurities. Yet, nothing about this is fictive.

Conzelmann’s work is at once here and there. Not too close to the real, however not wandering too far into the imaginary. It is not tangible and her process can not be measured nor quantified. It is incessantly growing, expanding, convoluting, bubbling, traipsing in and out of consciousness, breathing, waiting: present. It follows her through the seasons. Occasionally it peeks out when it feels it is ready to reveal itself to her. As soon as you stray beyond the tangible, she tenderly nudges you back from the edge of the fantastical into materiality. Tentatively, yet adamantly Conzelmann forces you to question whether the exact fissure of the breaks is in reality or the imaginary.

By considering and applying future-based thinking and imaginaries in her practice, Conzelmann maintains the fine, often meandering line between what is already here and what is yet to come. The preservation of this equilibrium is attained by unreservedly rooting herself and her work in research relating to natural history and scientific phenomena. How this is ultimately applied to her artistic practice is somewhat unconventional. Her practice surpasses normative artistic methodology of expression in how she herself becomes the artistic process by achieving a complete state of immersion. Conzelmann inhabits a continuous state of becoming. She effectively acts as the walking receipt of her artistic expression, expansion, and method of archival. 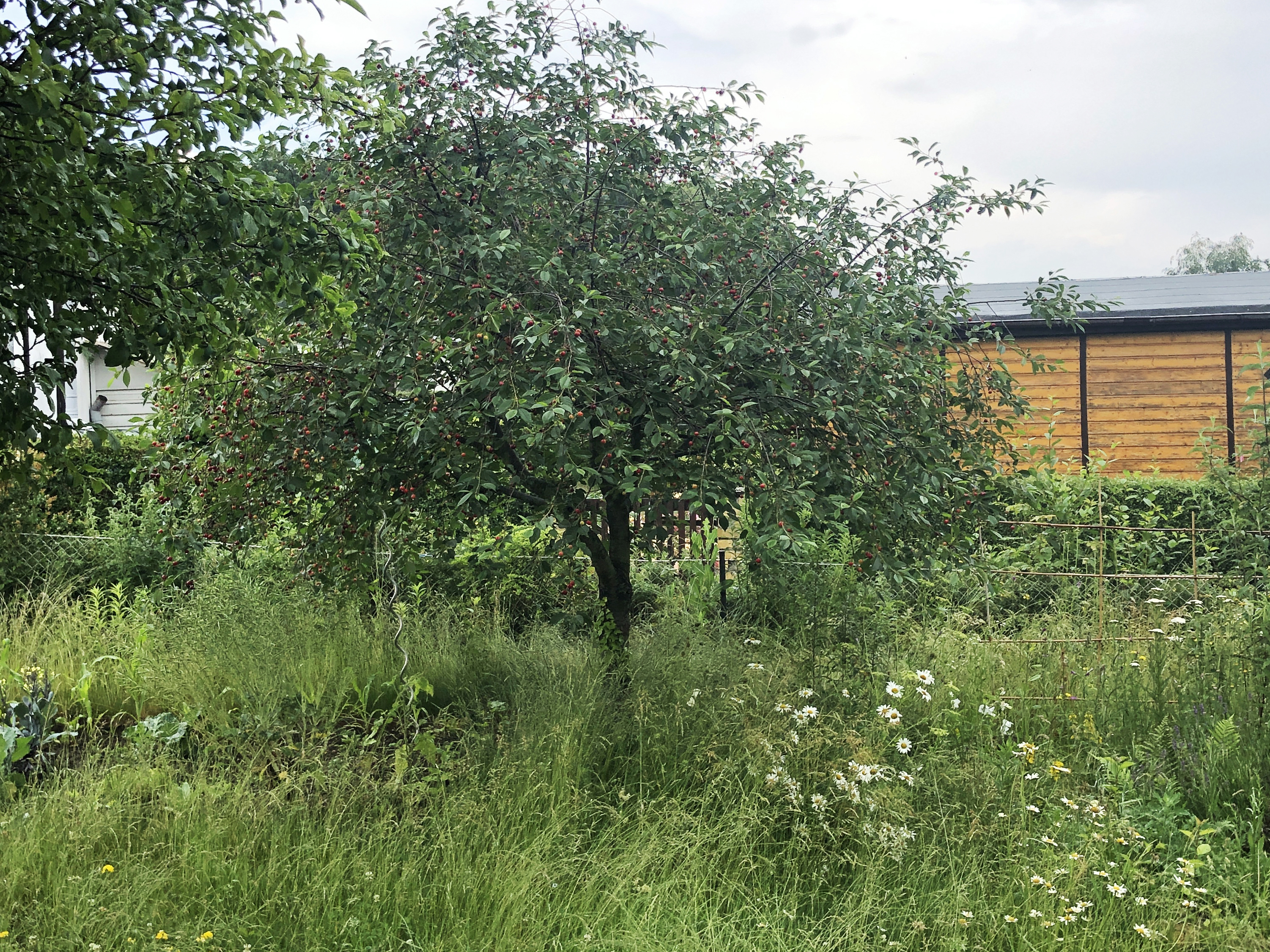 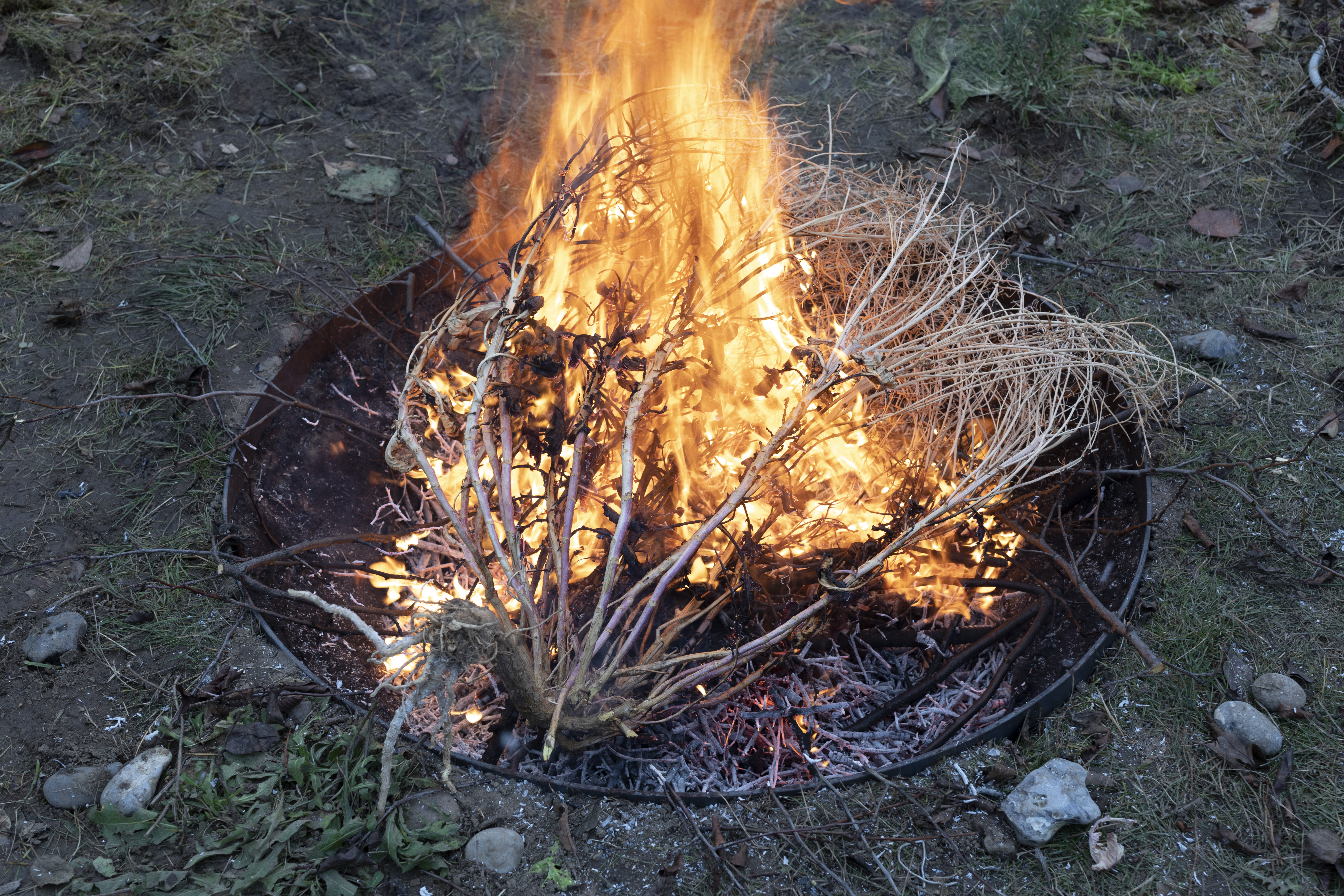 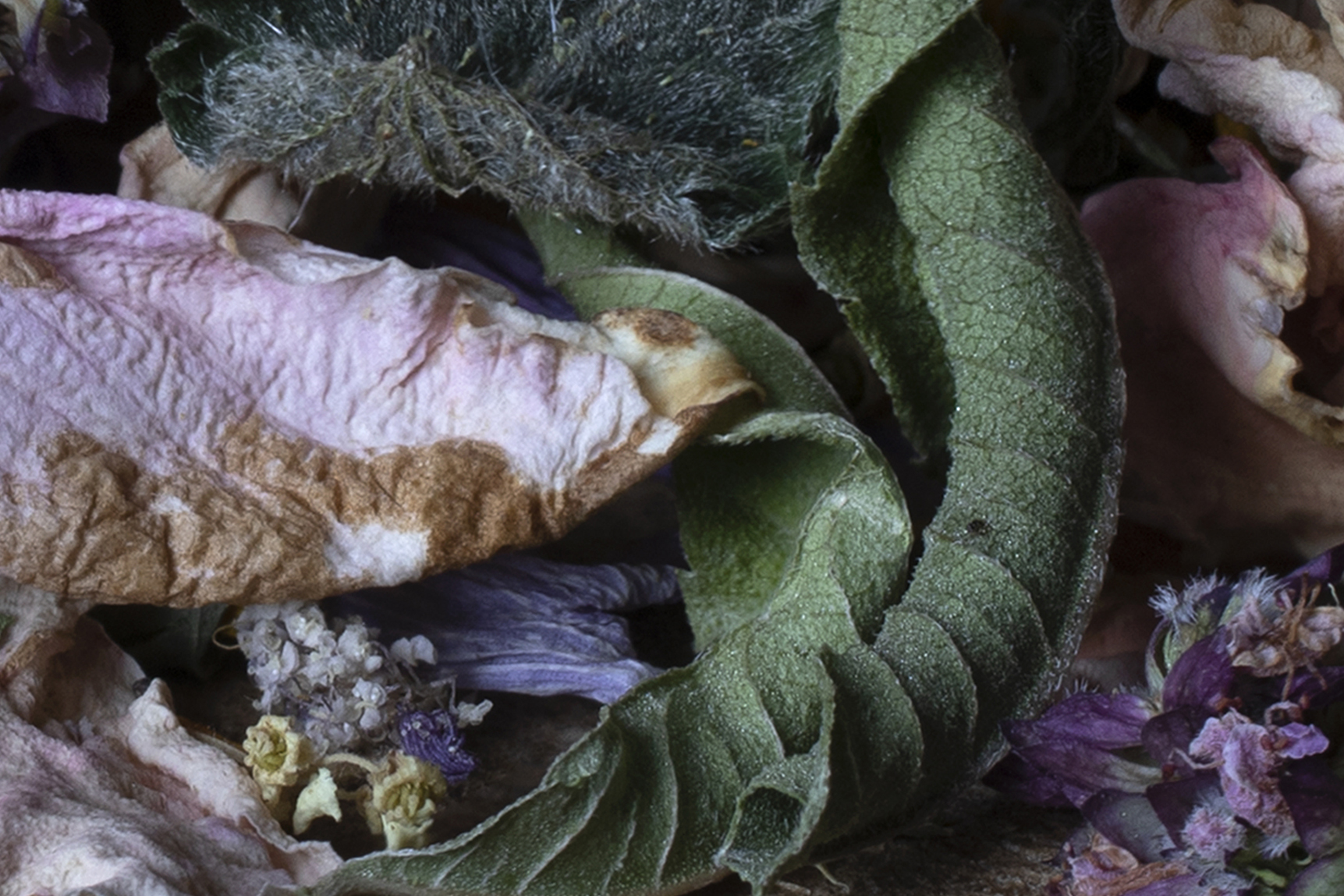 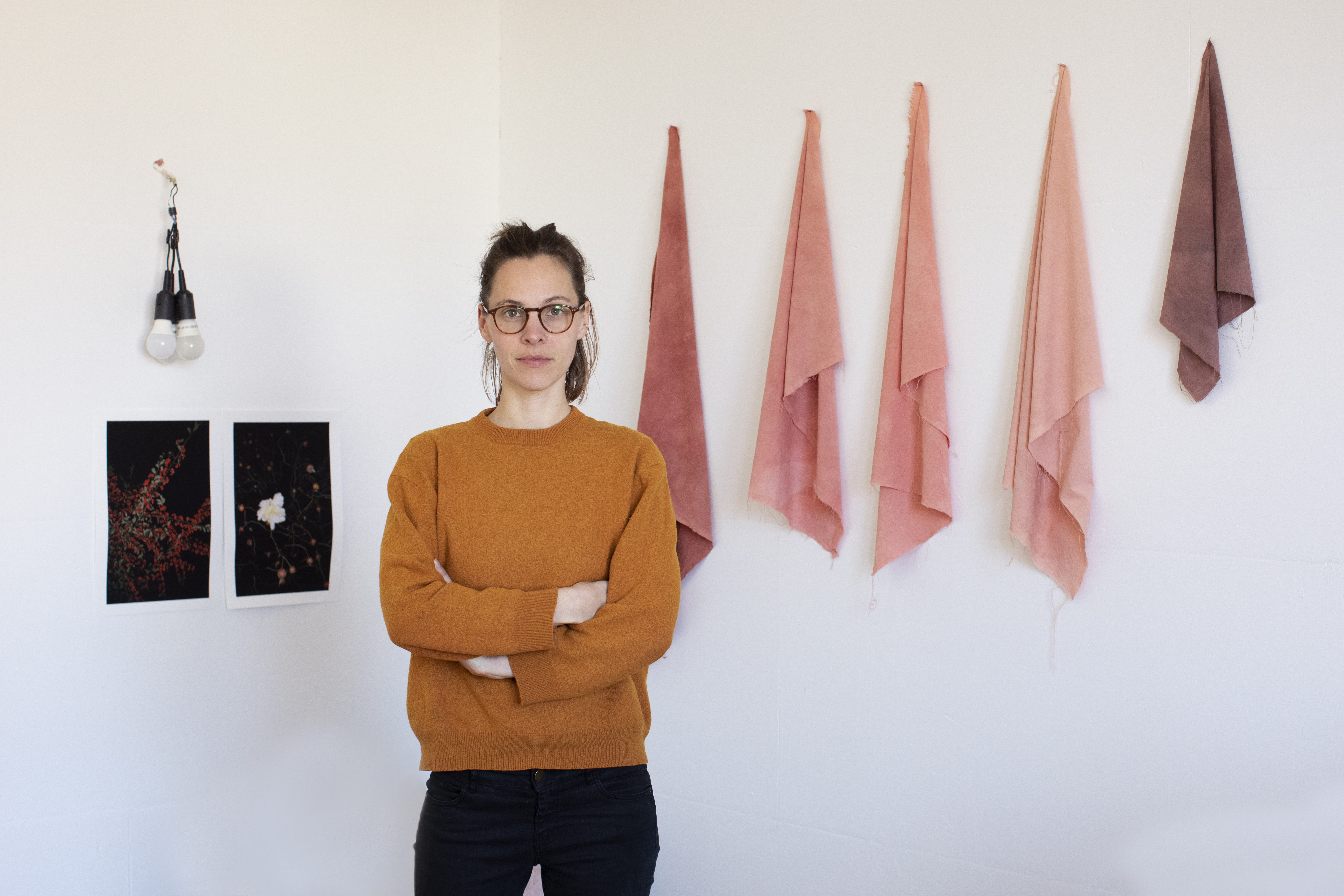 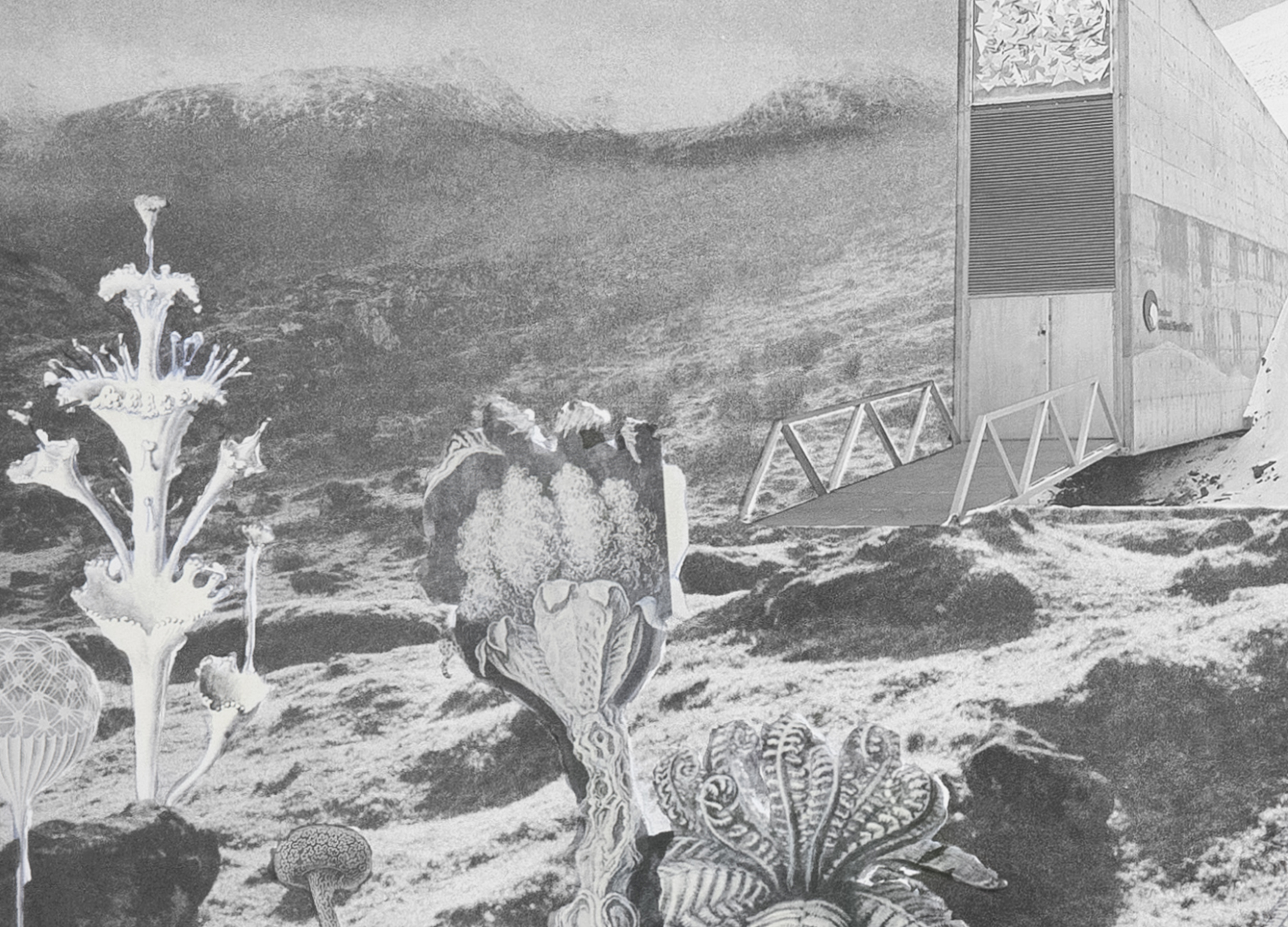 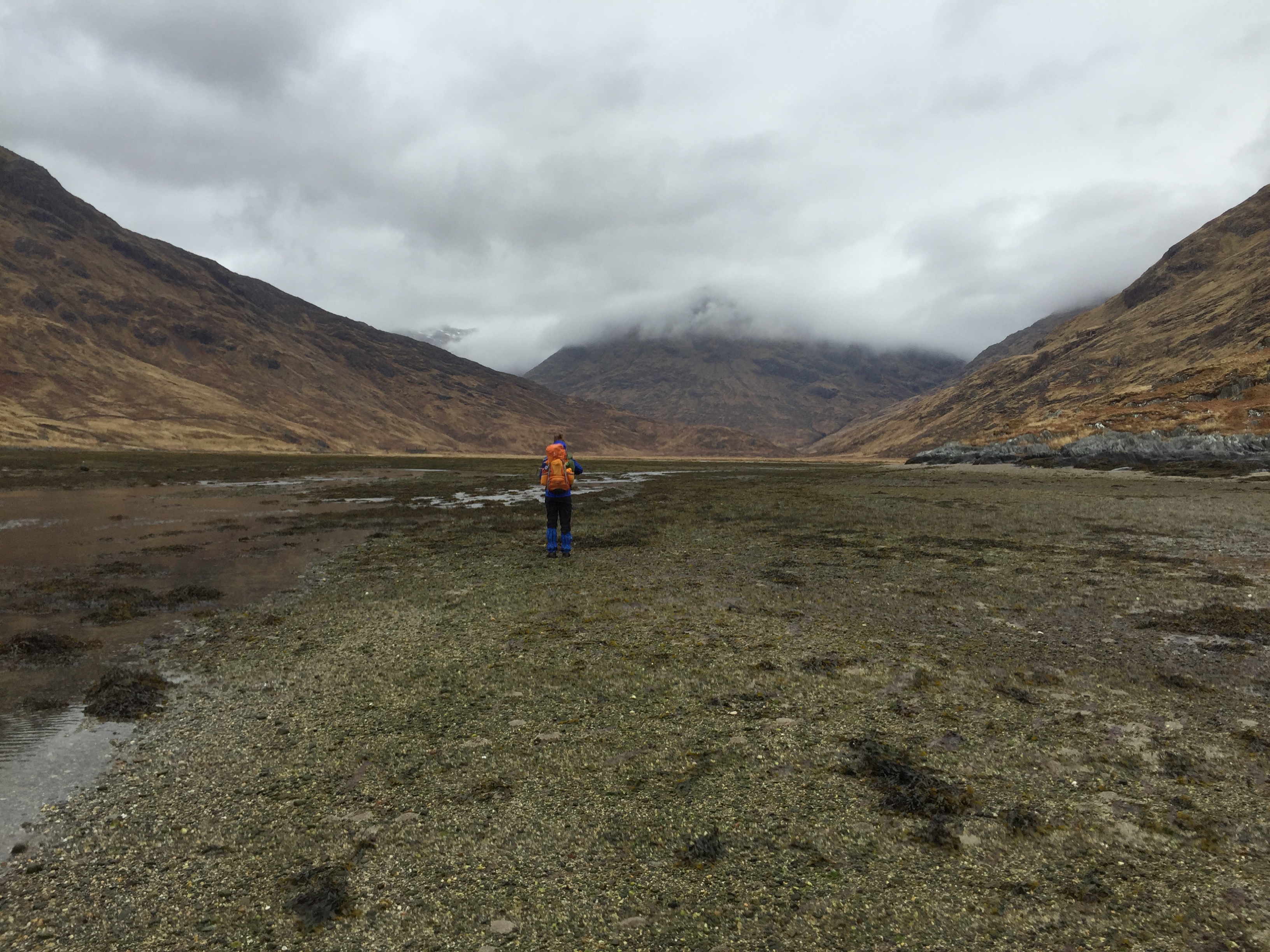 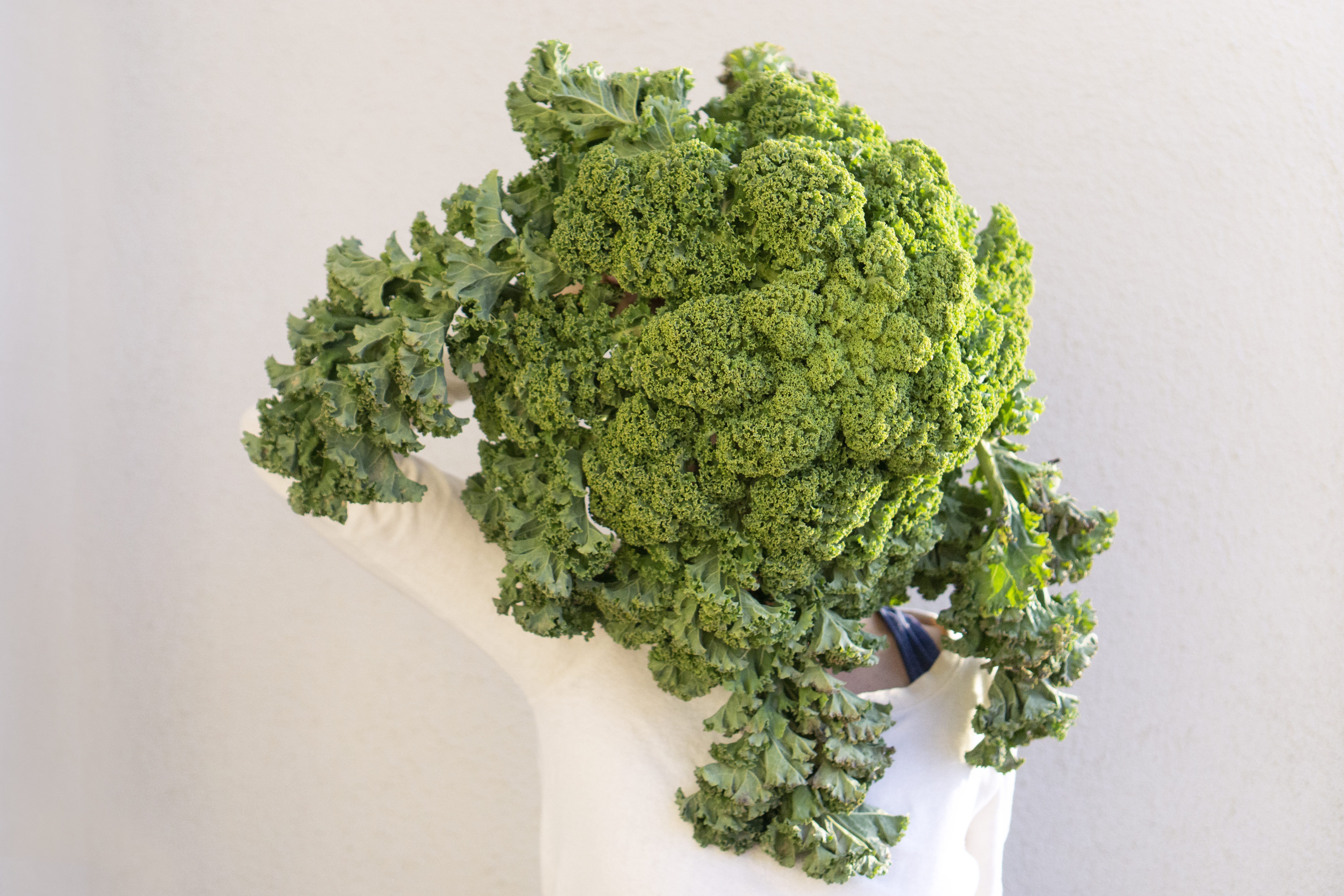 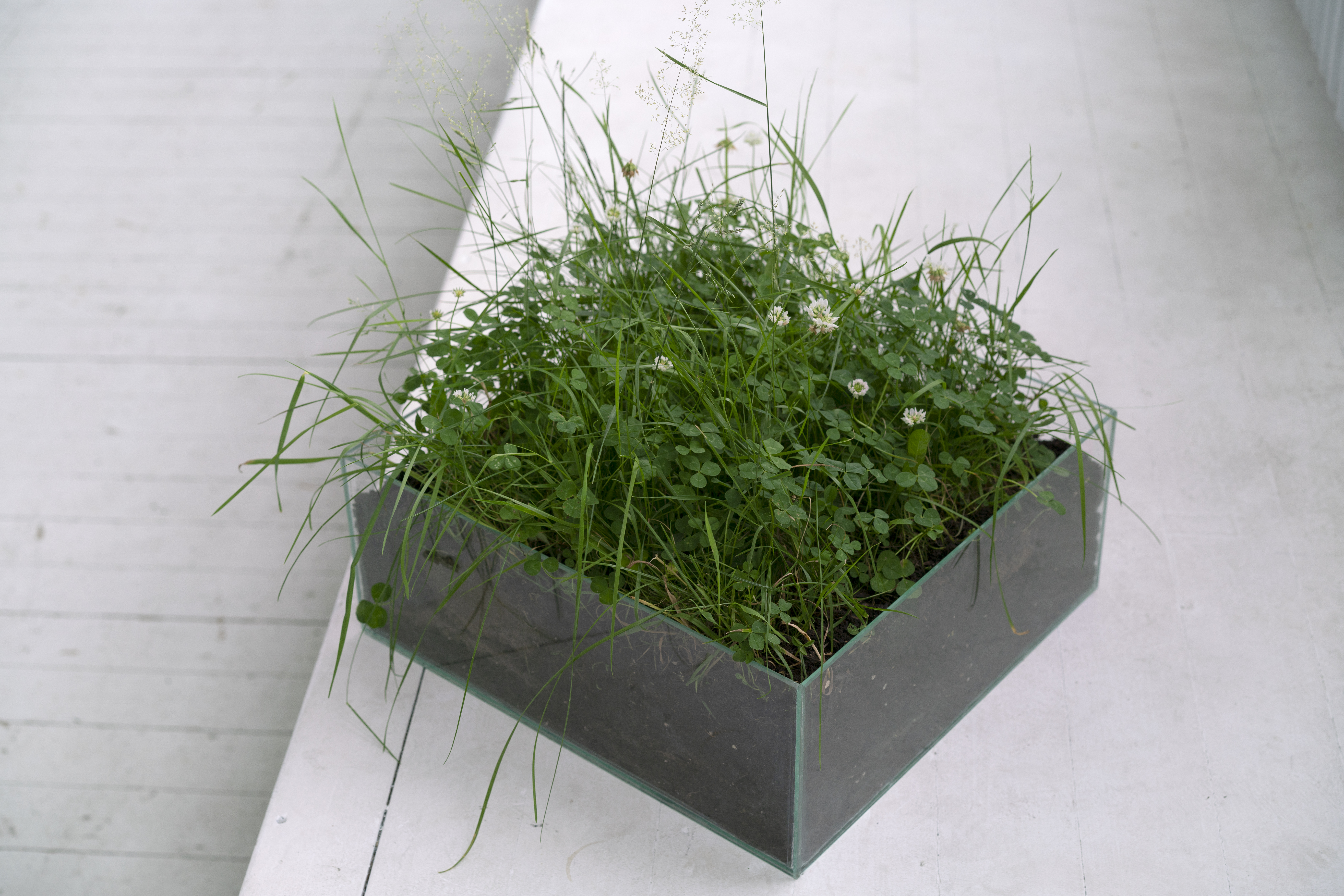 In speaking about confident utopias, Conzelmann asserts the obligation for exploring even the most meagre possibility that perhaps our worlds are not broken. Perhaps there are ways in mending what we think is already lost. This process may find itself within the most infinitesimal of spaces, often beyond what the naked human eye can see. This is where future-based speculation becomes an act of faith, wonder, and optimism for Conzelmann. However, this is all but a display of blind ignorance. Aware of the dangers in claiming agency over scientific knowledge, Conzelmann is intent on subverting the associated perfectionism through her playful scientific inquiries. She necessitates the opening up of the all-too-often closed off spectrum of scientific possibility. Therefore she is granted the freedom to fantasize.

Her work inhabits a space of curiosity, humility, and speculation. The guiding question woven through her work seeks to look behind and beneath the surface of how we think we perceive the natural world. This may be the source of why her work appears to be out of a fantastical unreal reality dreamscape. Yet everything is already exactly where it was and where it will be. Perhaps this is the key to necessitating new imaginaries of the natural world; act like it’s already in front, below, behind, above, or within you. All is here. The rest is up to you. See?

Viktoria Sophie Conzelmann will participate in PILOTENKUECHE International Art Program as a local participant later this year. In February, she took part in the Virtual Gallery Tour where PK chose an artist from Leipzig to join in a curated discussion with Erinah Fridah, an artist from Kampala, Uganda. Moderated by Lara Buchmann of Silhouette Projects residency, the topic that they chose was plants. PK will be continuing our corporation with Goethe-Zentum Kampala UGCS for more Visual Gallery Tours throughout 2021 and into 2022. We are also working on acquiring funding for an artist exchange with Silhouette Projects in Kampala. Watch this space!