Thursday 1 November 2018, I Accept the Cookies, the first exhibition of the 37th round of Pilotenkueche opened its doors.  It had taken days to prepare the exhibition space: from painting the wall, to arranging the work, and then finally placing the cookies (as promised in advance) in a highly visible place. 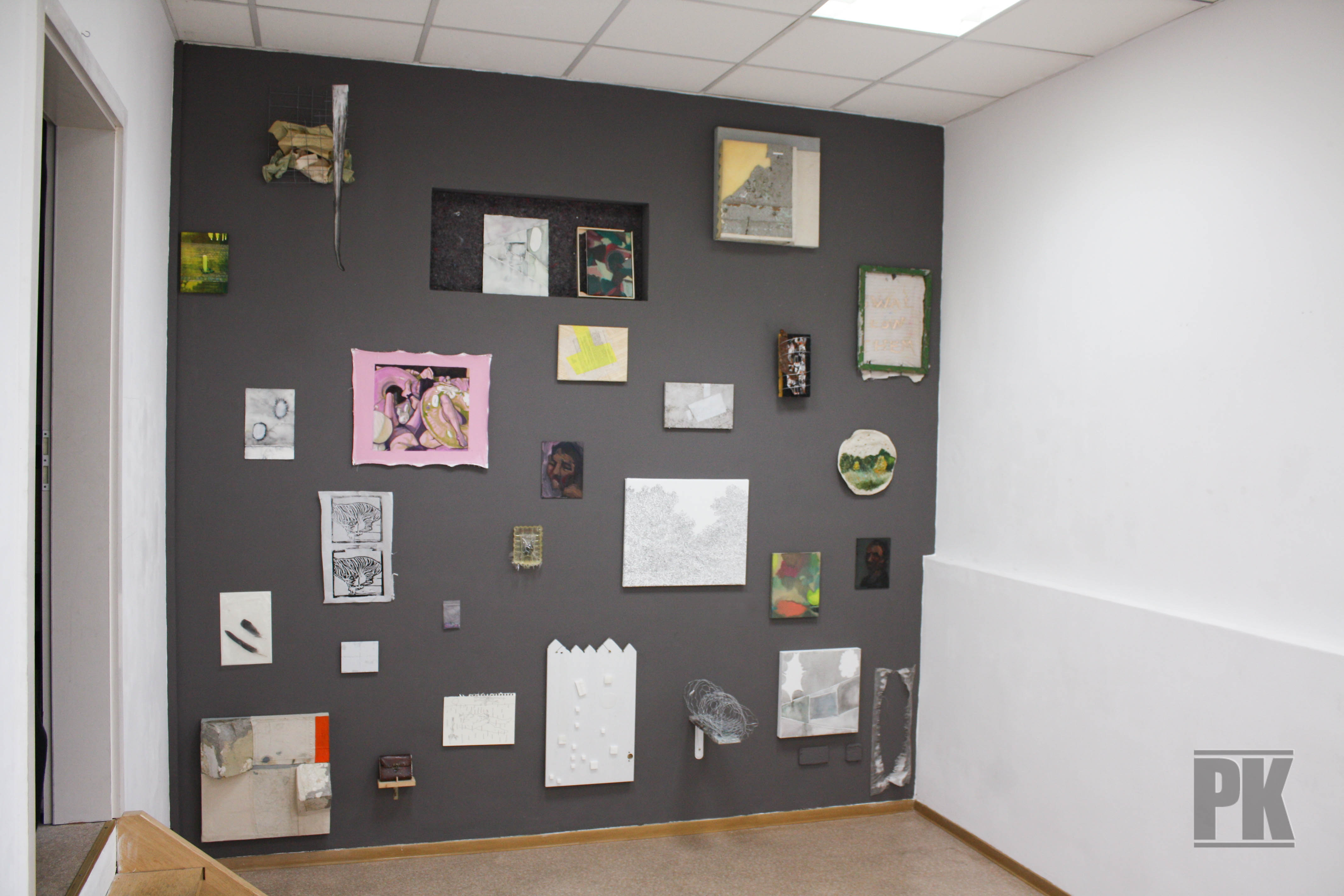 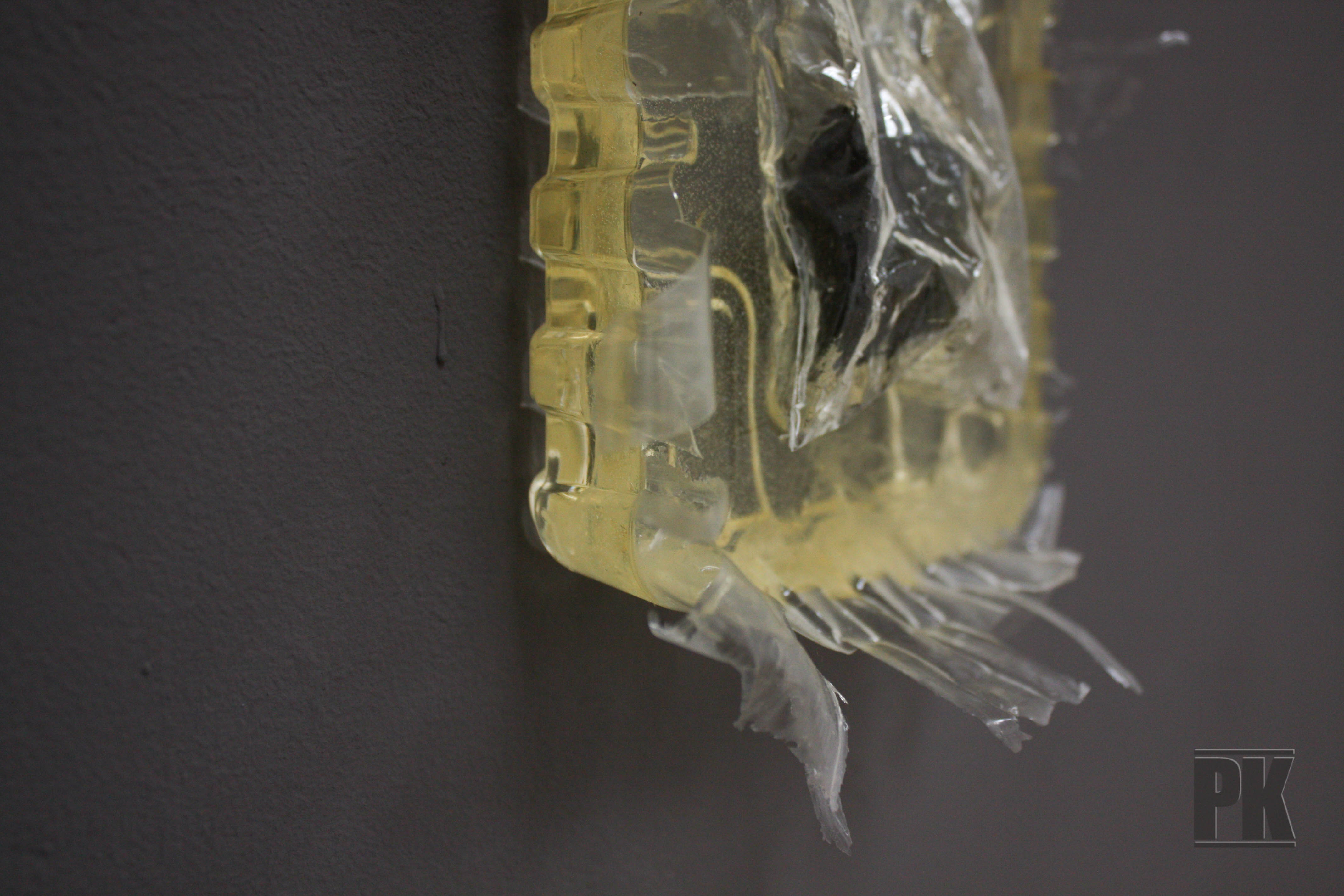 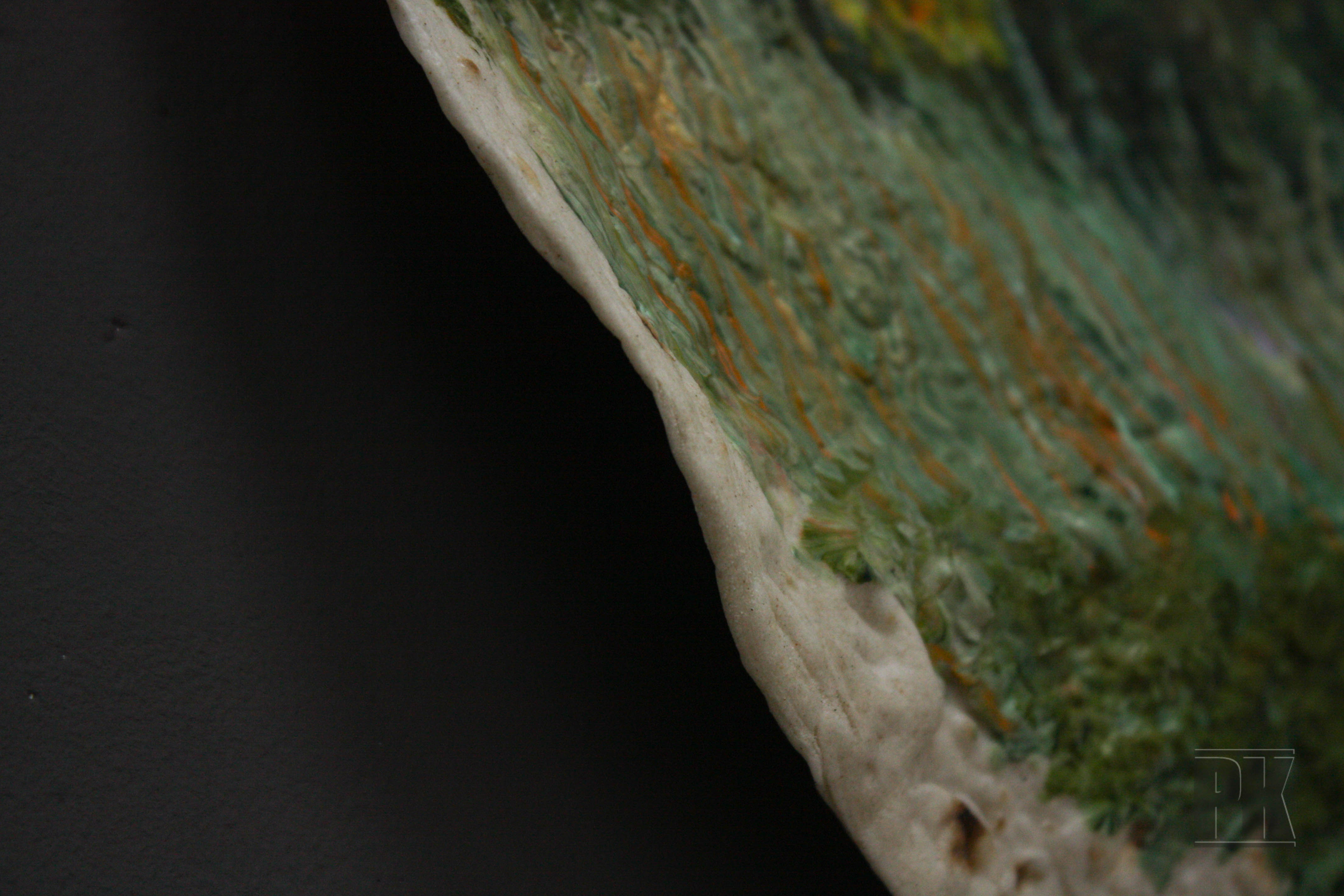 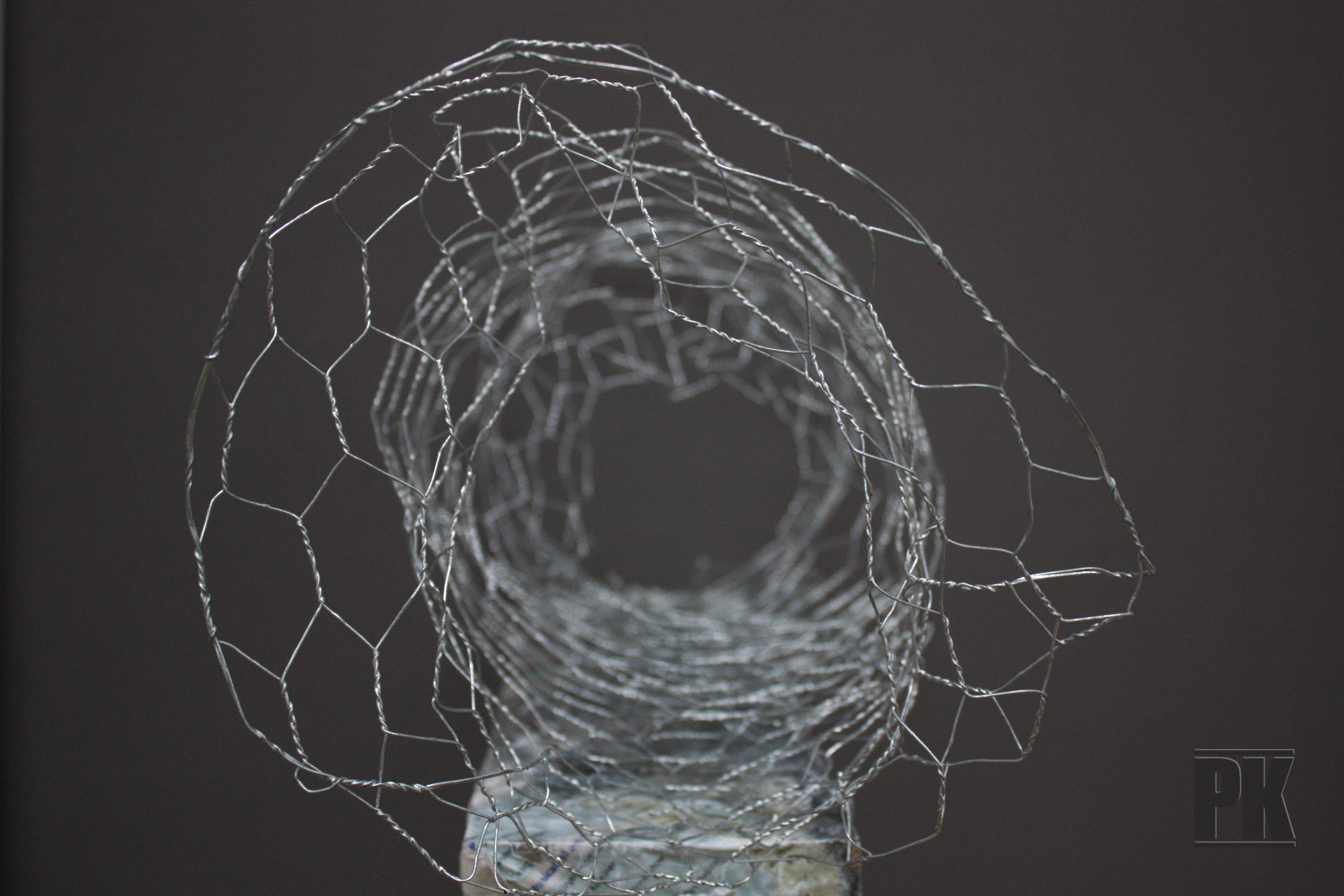 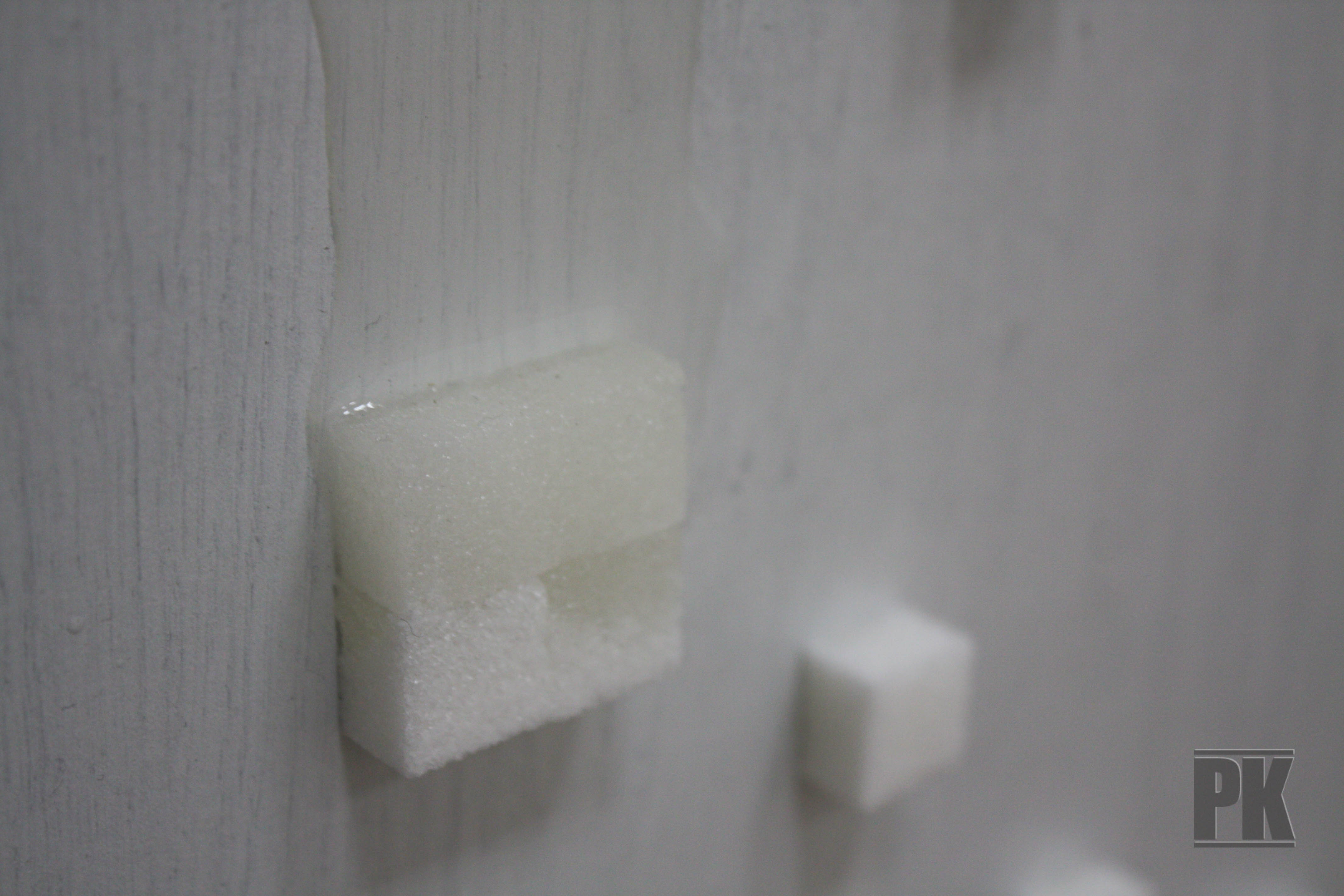 Thanks to the almost sterile environment of Ping Pong, upon arrival people could see how concisely everything was arranged. Using only one stone grey wall for the works of 13 different artists without creating an overwhelming impression certainly isn’t an easy act, especially when the artists had barely known each other only a couple of weeks.

There is an old German proverb that goes, “Too many cooks spoil the broth.” In our case it’s cookie dough.. But in the end with the remarkable knowledge and skill of the curator, Vivian Tabach, this cookie could’ve not been tastier.

Although most of the exhibited art was still in progress, as a whole it created a unique finished piece. In a simple, yet experimental way, with each artist participating with their own, personal flare, the installation mirrored the character of Lindenau in which the exhibition took place. Like the neighborhood and exhibition, Pilotenkueche is about people coming together. What matters isn’t the gender, the heritage, the religion etc. – but the common interest for art…and for cookies. 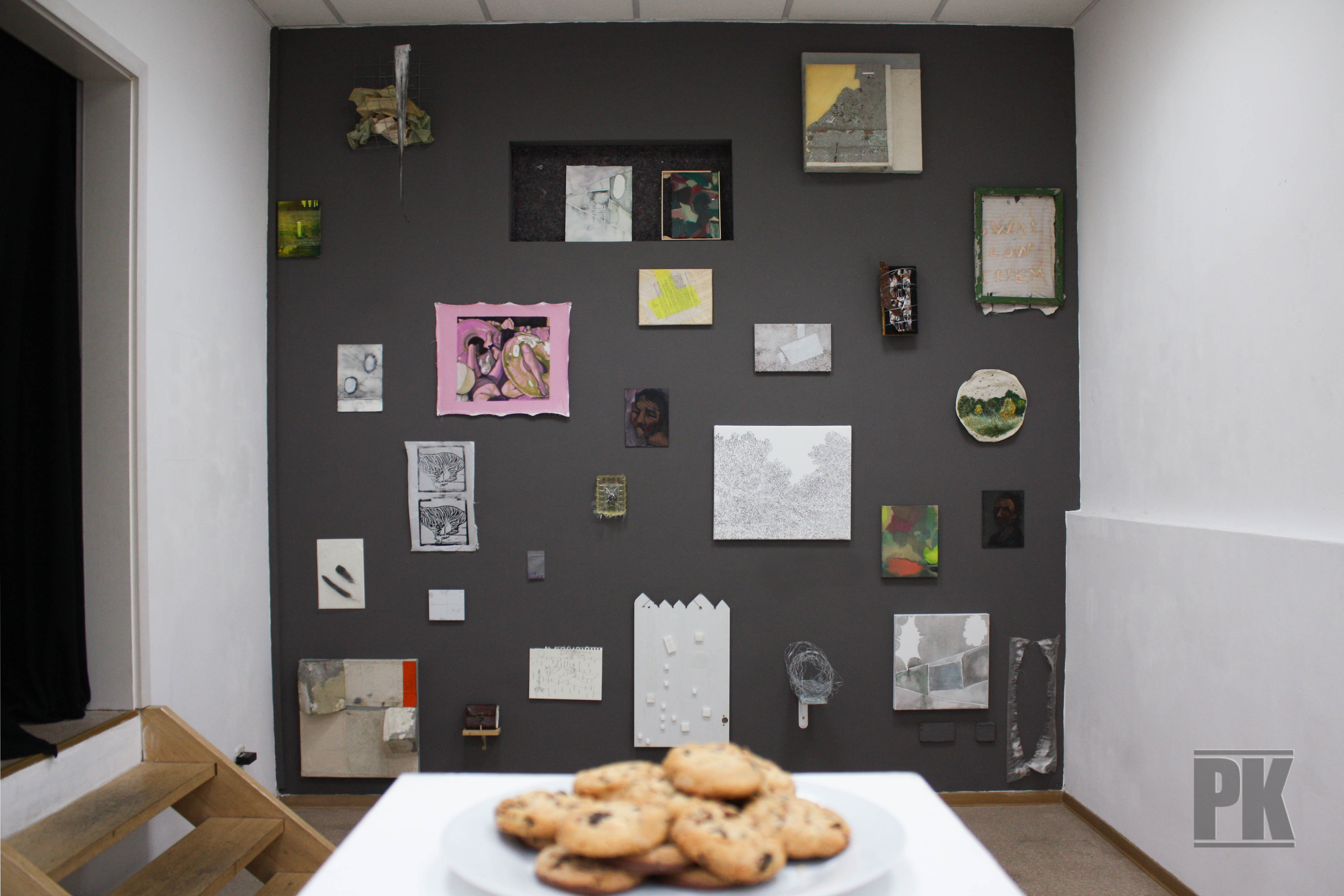 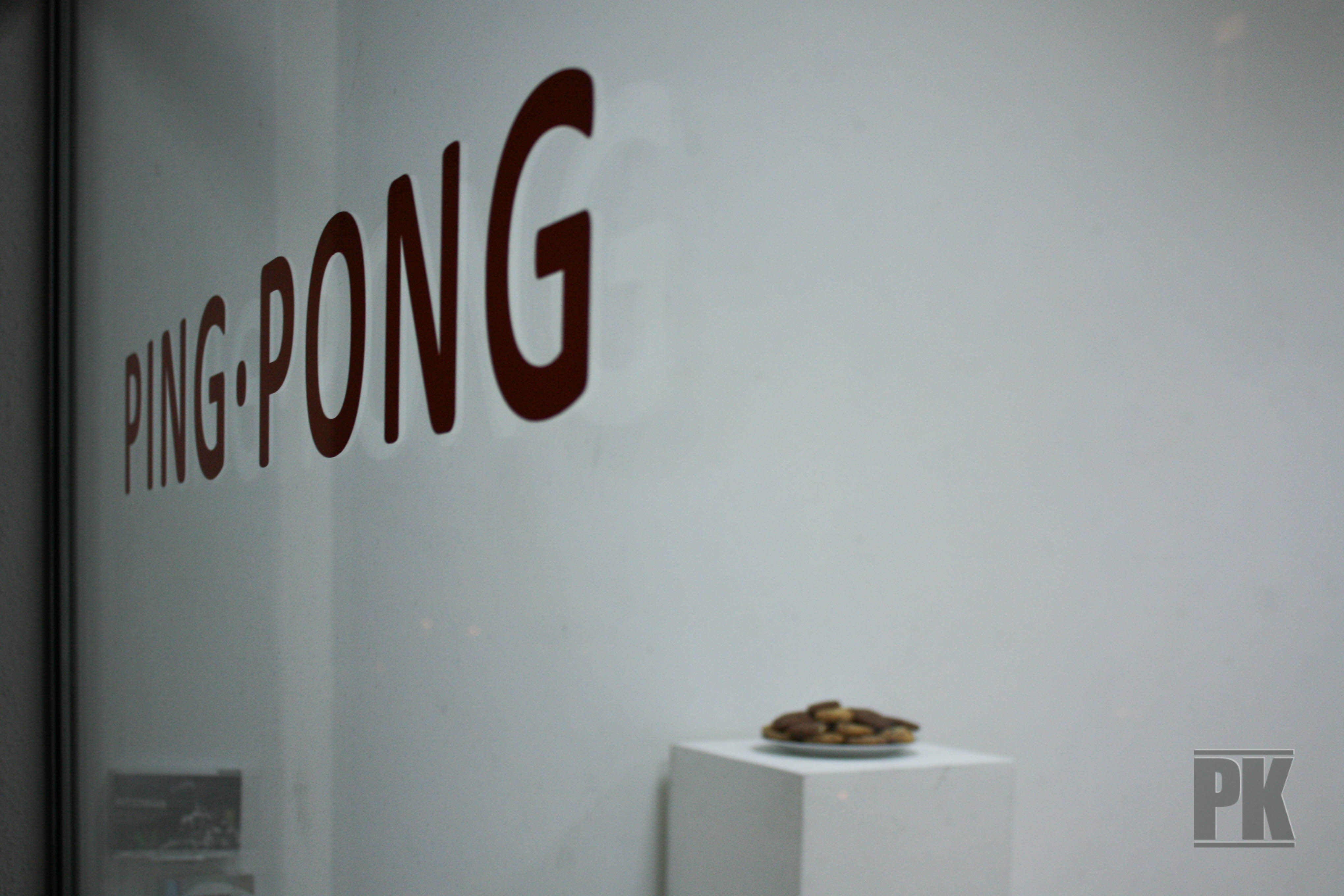 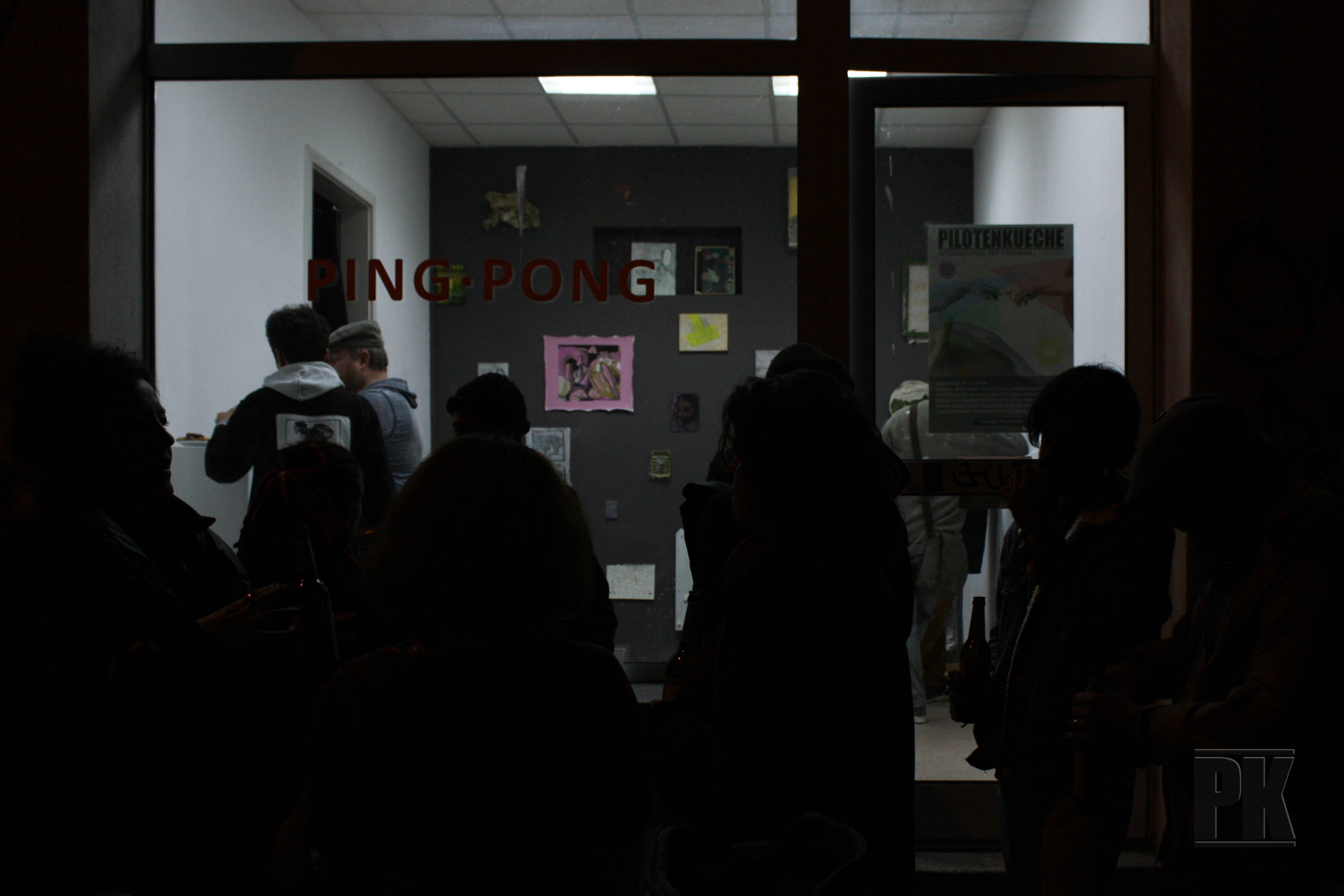 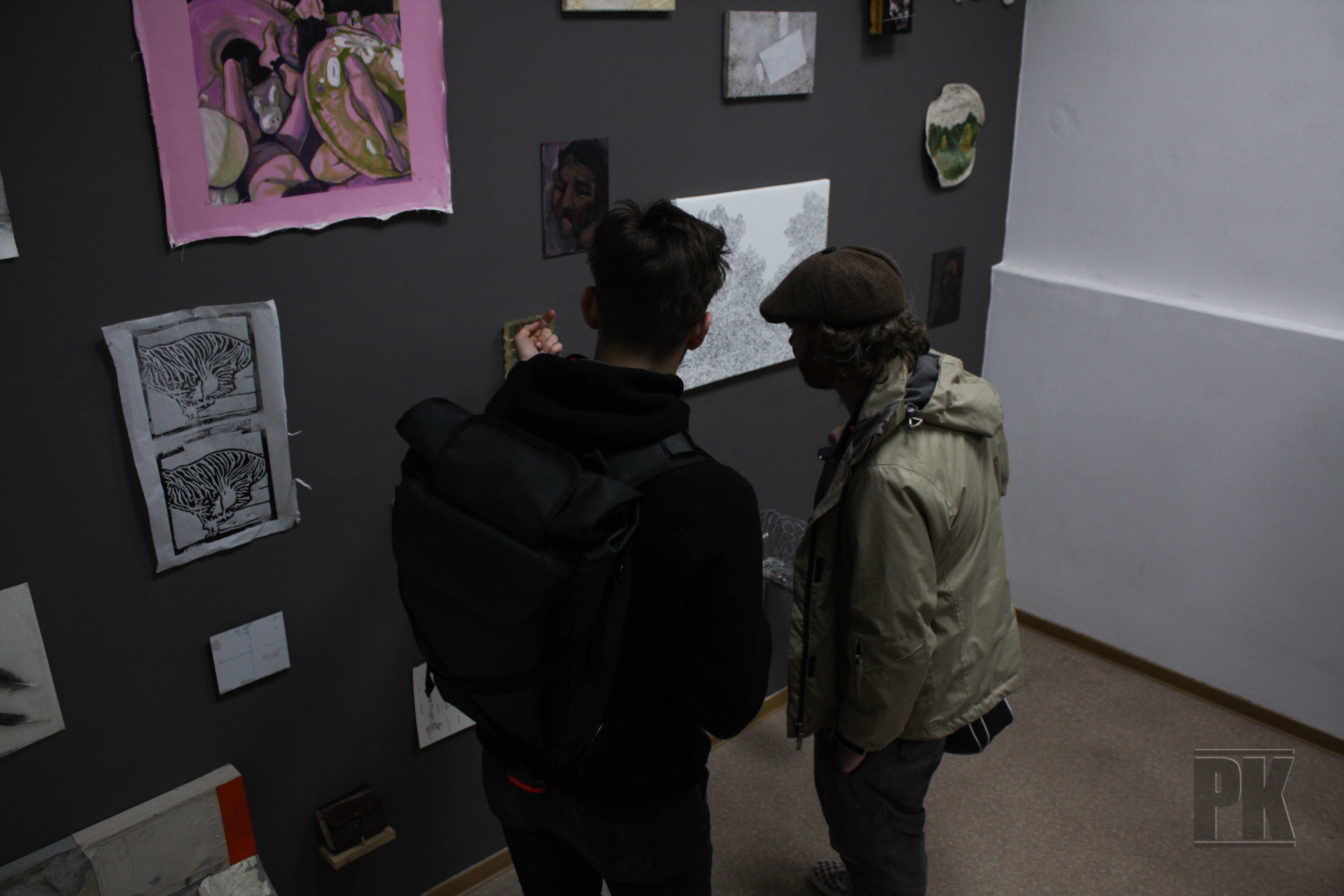 Diversity was also present in the audience, ranging from the artists themselves, former pilots and people from the local art scene to seniors who had read about the vernissage in the local newspaper LVZ – even more interesting since this broadsheet isn’t the exactly known for its affinity for contemporary art.

There was even one guy who just felt so attracted by our well placed bait – the plate of cookies shining at him from behind the glass pane – that he just had to accept them without looking further to see what was going on inside besides them. This was especially relevant as, in some way, it turned the virtual phenomena of just hitting “accept” without even reading the endless terms and conditions into a real thing. Eventually, sedated and with another cookie in his hands he also found interest in the art pieces. He could be found studying very closely the synergy of sketches and paintings, of the installations and leftovers attached to the stone grey wall giving just a hint what might be in the making behind the door of Pilotenkueche studio. He left with flyer in hand.

This was a really nice evening, with happy pilots and many interesting talks, leaving the audience hungry for the next crumbs in the artist’s little journey through the different art spaces of Leipzig.

After this kick-off and with an even more strengthened bond, our pilots are already preparing their next exhibition: Rutschbahn. Come slide with us into it and see how they progress!

We would like to thank Ping Pong’s gallery owner, Marcel Noack,  for his collaborative spirit!