Some people just leave an impression on you. Performance artist Jacqueline Van De Geer is definitely one of those people. Our Remote Culture Journalism resident, Lucas Stafford of Ireland, caught up with her in Montreal.

Lucas: Jacqueline, could you tell me about some of your early performances?

Jacqueline: My first performance was in the Netherlands, I grew up in Rotterdam which was considered to be fancy now, but when I grew up it still had the scars of the bombings so there was not much to do. Everything was very focused on reconstructing the city and art was not the main focus. I do consider myself lucky as there was a lot of underground places which were always moving and never stable because you would squat an old movie theatre as a free jazz club and a year later the city would buy and it would be something else. I’ve seen a tremendous amount of spaces which were always temporary.

That informed me that when I make a project there is always an urgency, I’m not going to wait necessarily for a grant, usually I am half way into a project when the grant comes. I don’t want to make myself dependent on grants which I think stems from growing up in this scarred city that there was not much available. We had a lively underground community that made performance art that we didn’t even realise we were making.

I remember a text that Henri van Zanten performed and he would shoot national flags and ask us to lie in the sand in a pop up gallery while he would recite a text. I was in a performance piece called “Loving You” every night was different, there was a skeleton of things to do and ask and sometimes it was a complete failure you could feel it, but sometimes it got wings.

Those performances informed me a lot of getting the attention of people and making a bond that i now call participants. A lot of my solo work is very interactive and lately I developed a series of performances where I love when the audience takes over and I can disappear in the background. One time I totally disappeared and I thought wonderful they are still here.

Lucas: What is the most interesting/memorable contribution from an audience member?

Jacqueline: During a performance piece called “The war within” I was inspired my backpack of war memories of my parents or my family and growing up in that city. I thought why do I know so much about the holocaust and why do I still want to know more, besides it being an important informative part of our world. It felt like that war was installed in me and I wanted to exercise that heavy feeling, kind of guilt that I felt about Jews and Roma’s even though I am not part of that history in a way.

I started that performance in my living room in the beginning it was very severe. I would ask your name, the colour of your eyes and my friends would say this not fun why did we come here. There was a part with a balloon and I would get everybody one after another to blow air into it, blowing peace in the balloon. I would play that I had a bond with God and I would know what God likes, that he definitely likes people with blue eyes and blonde hair. 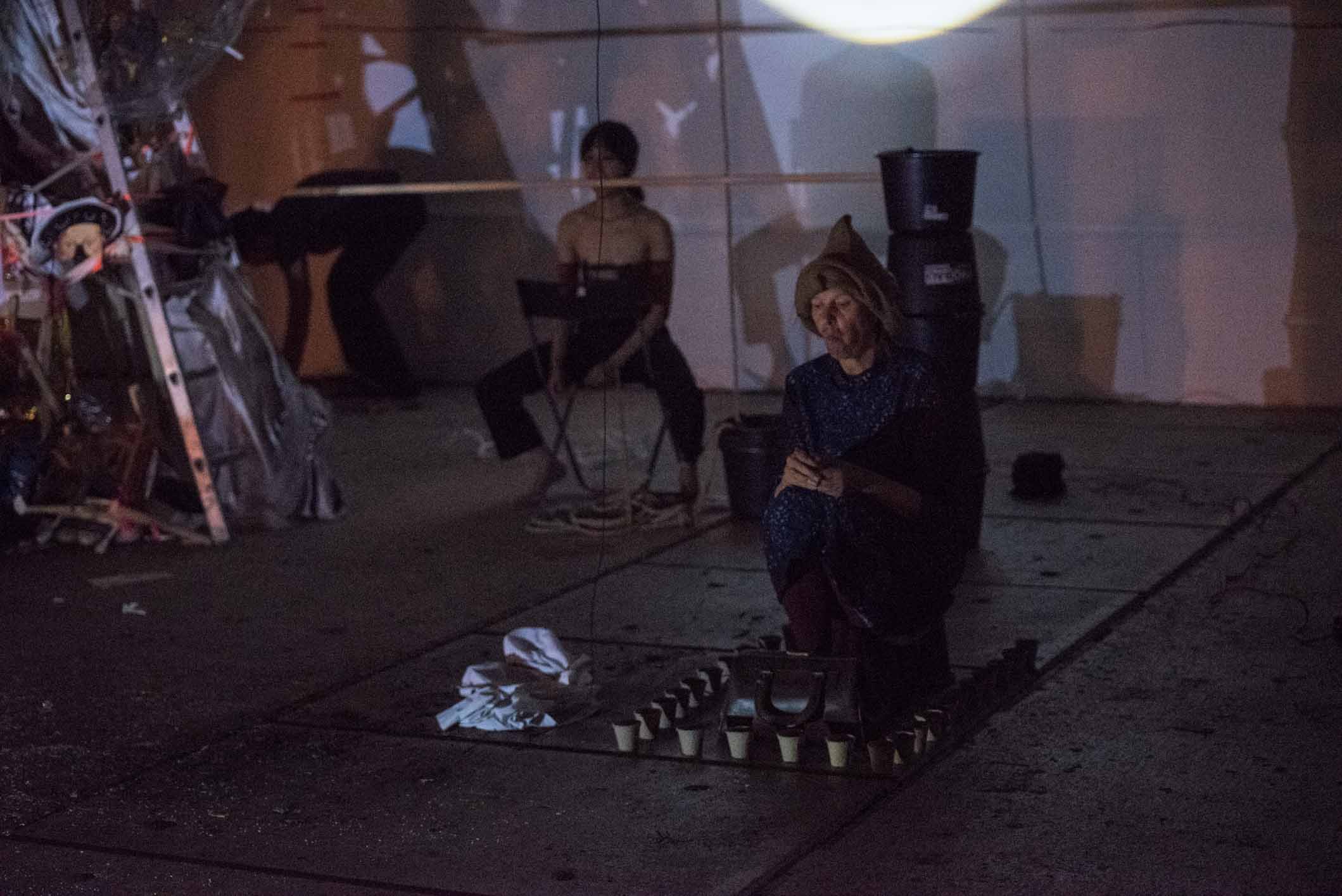 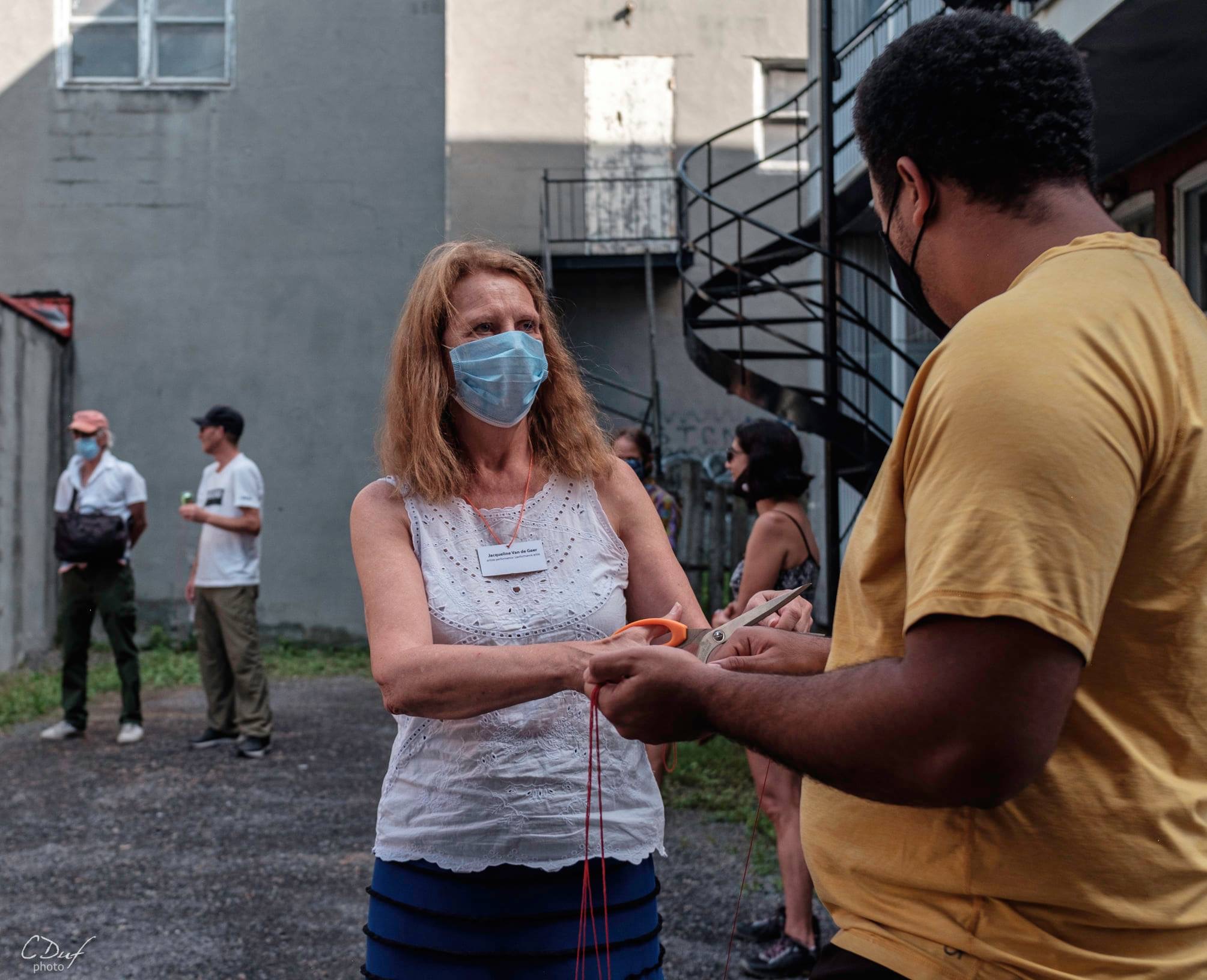 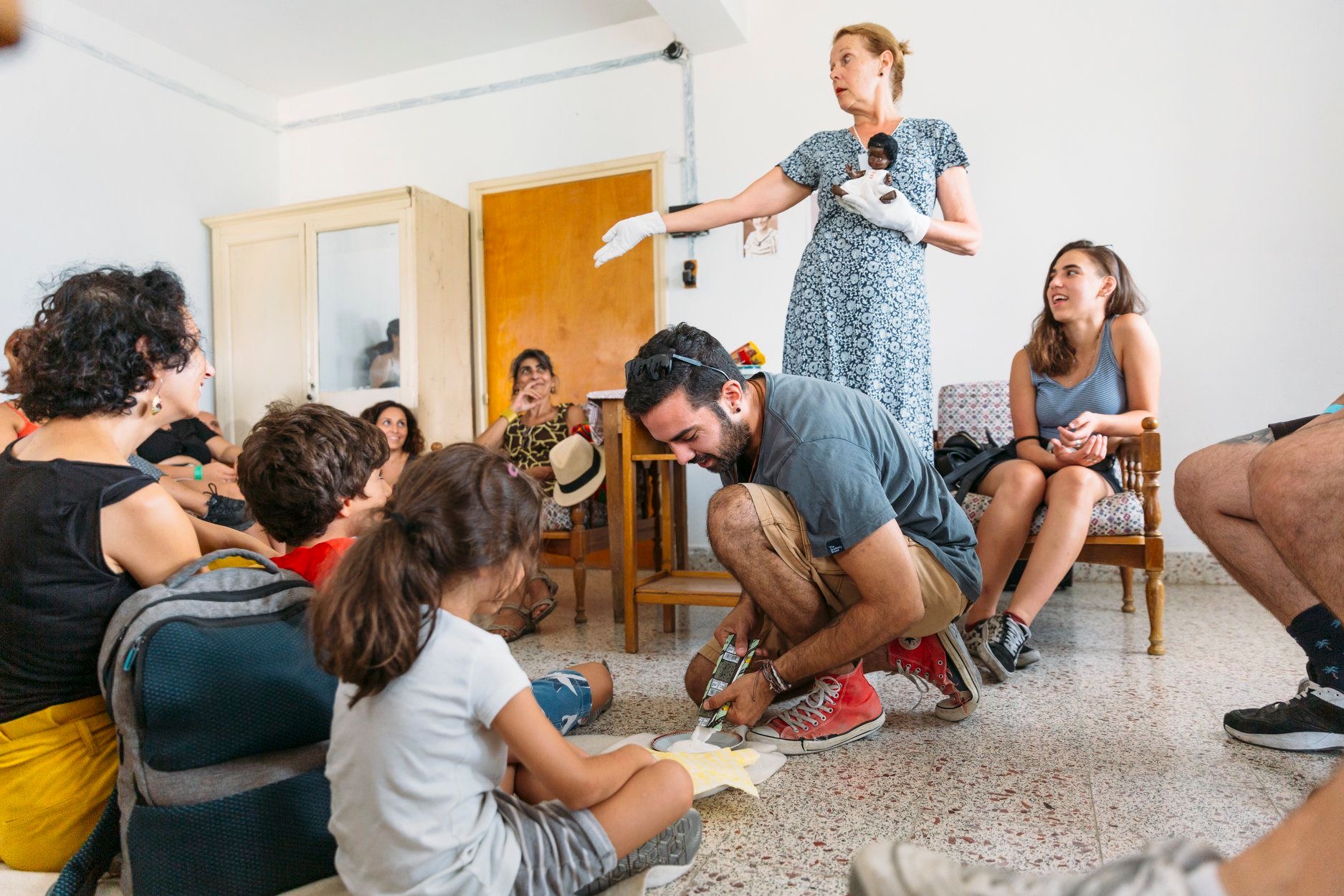 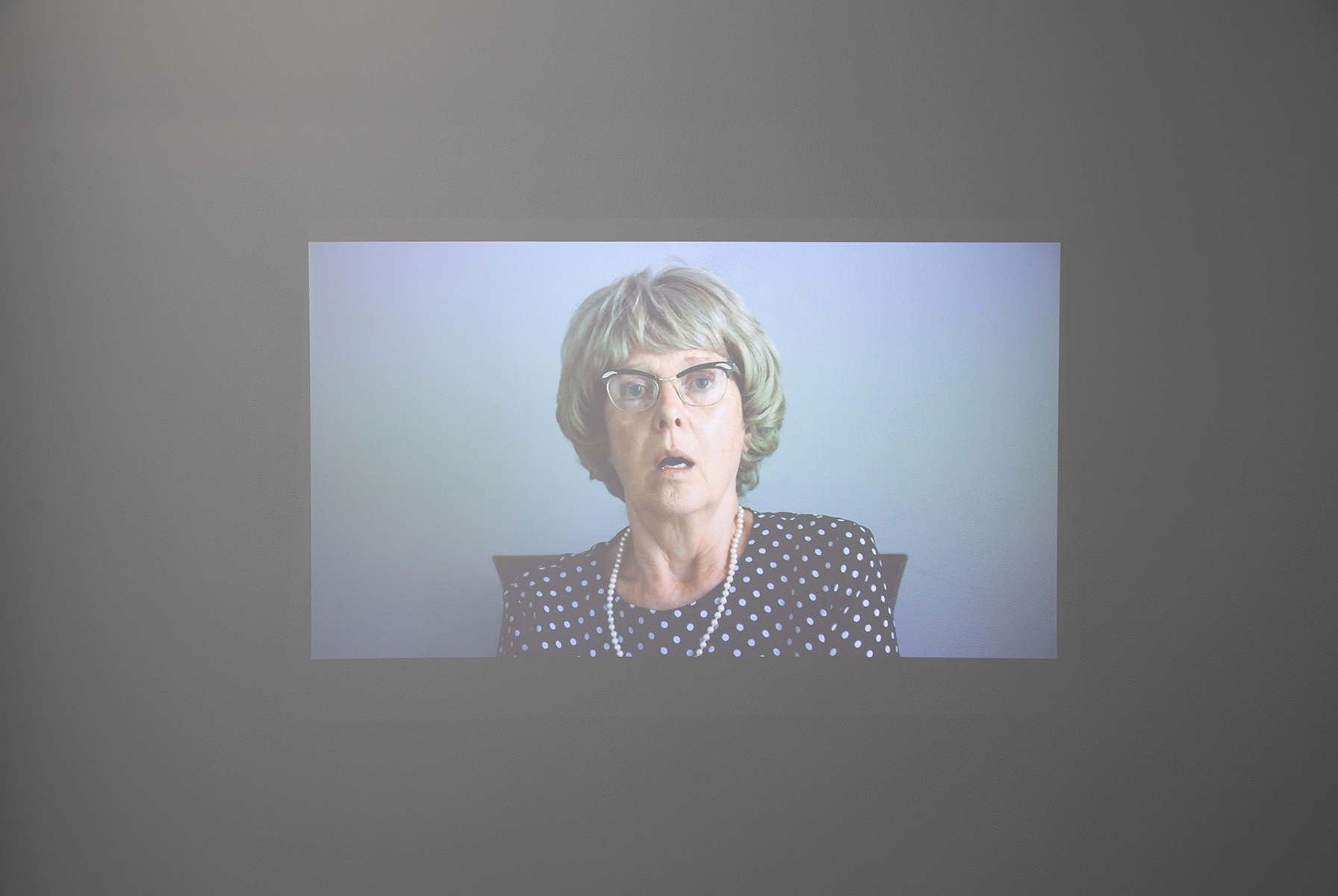 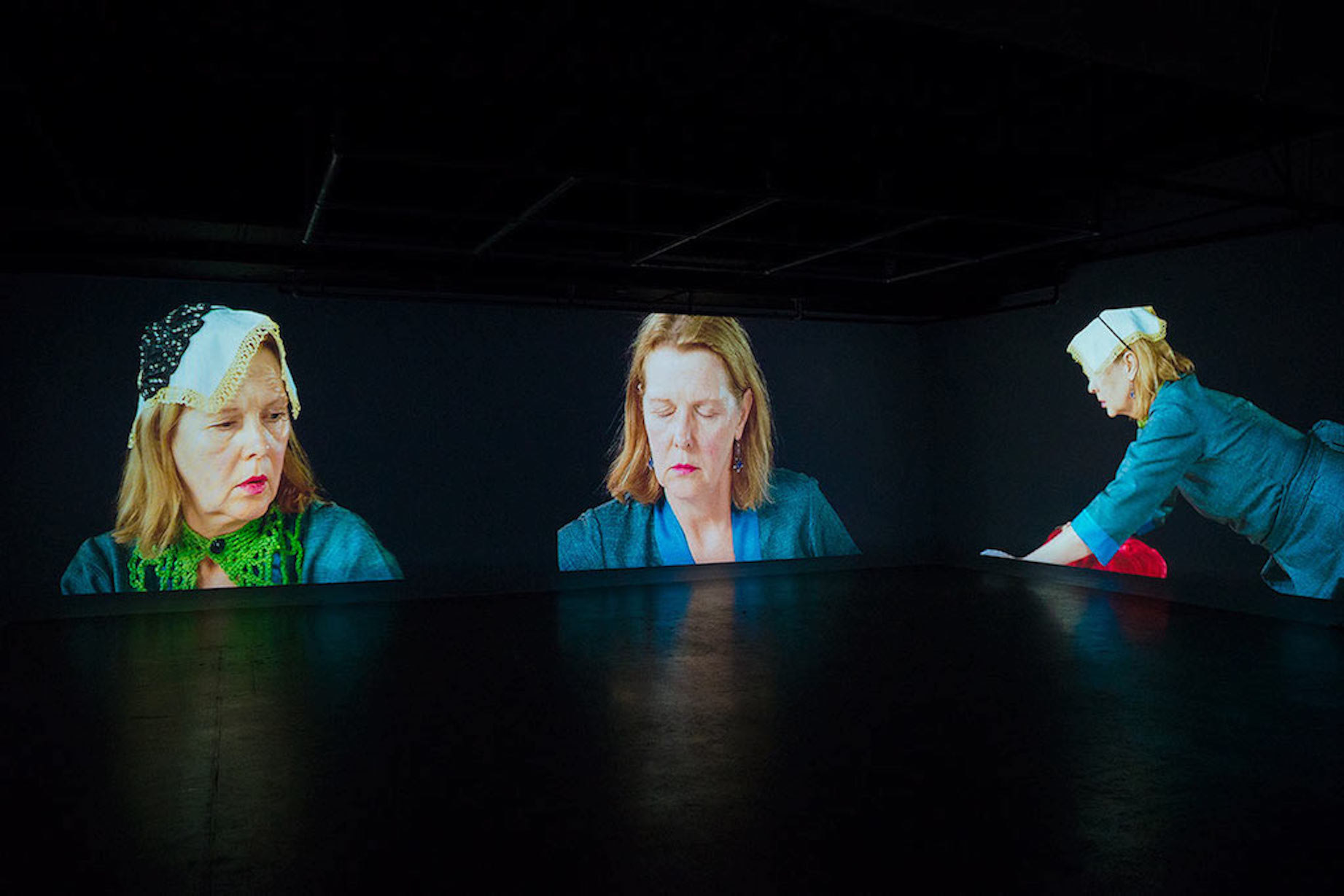 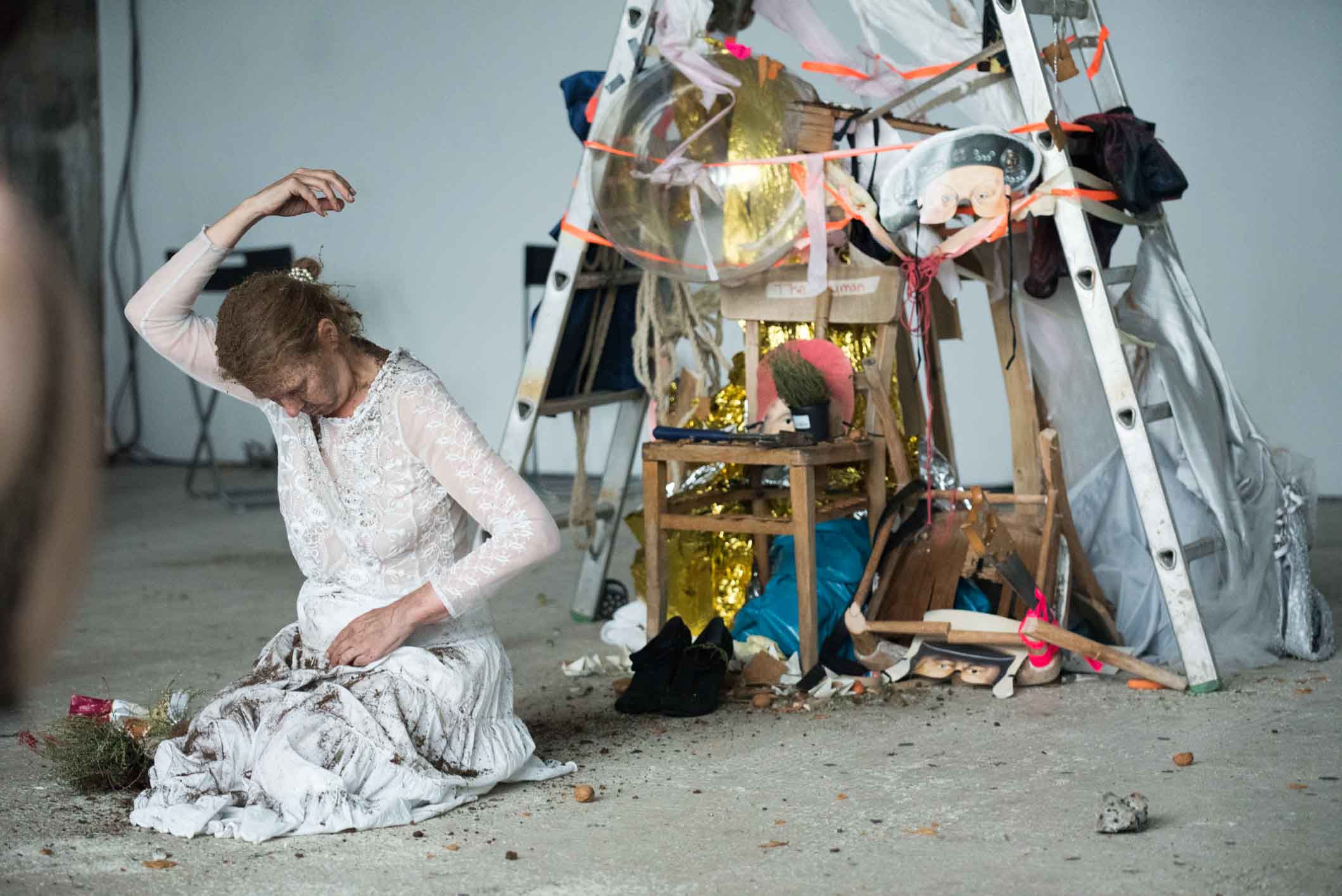 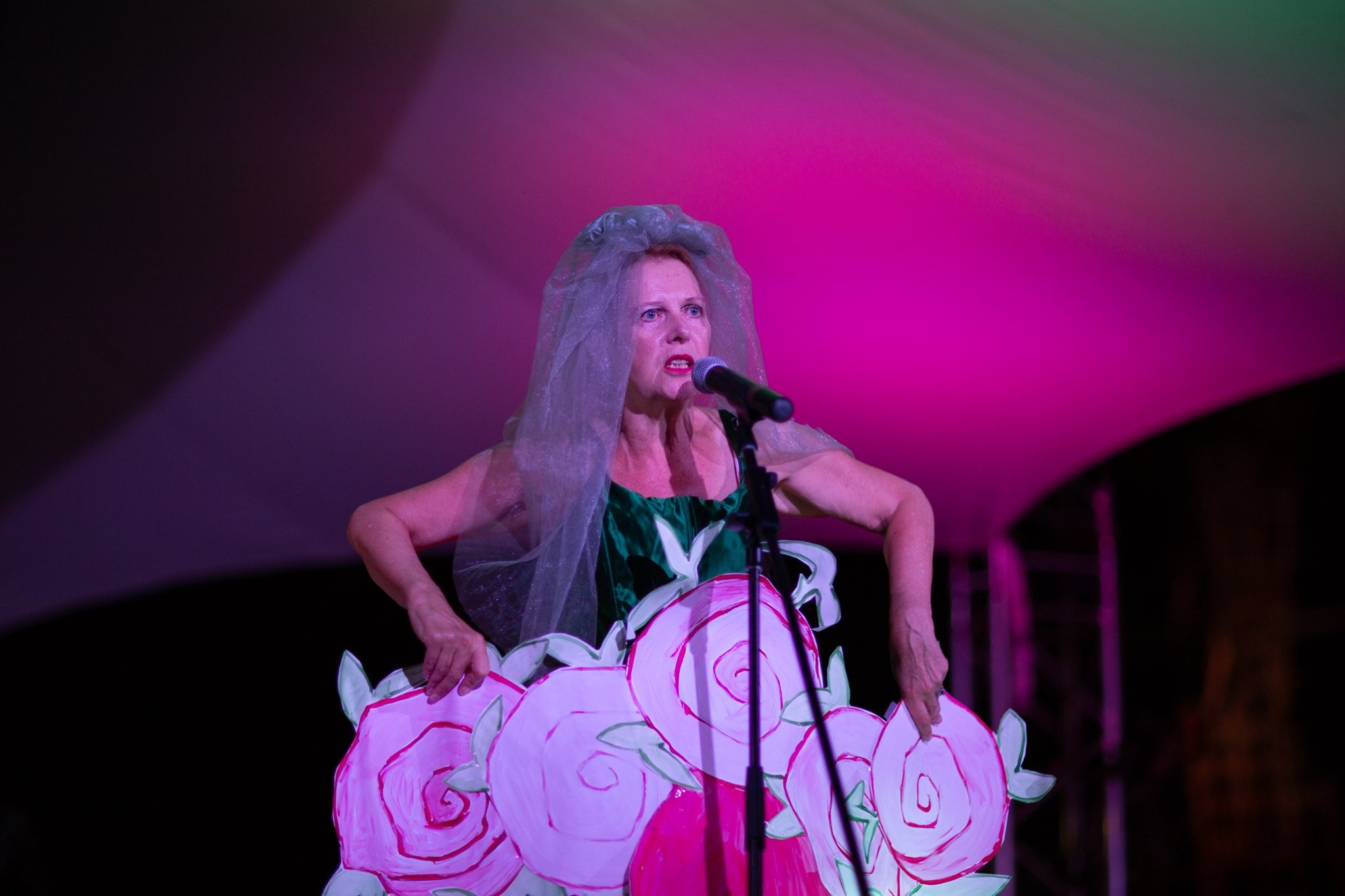 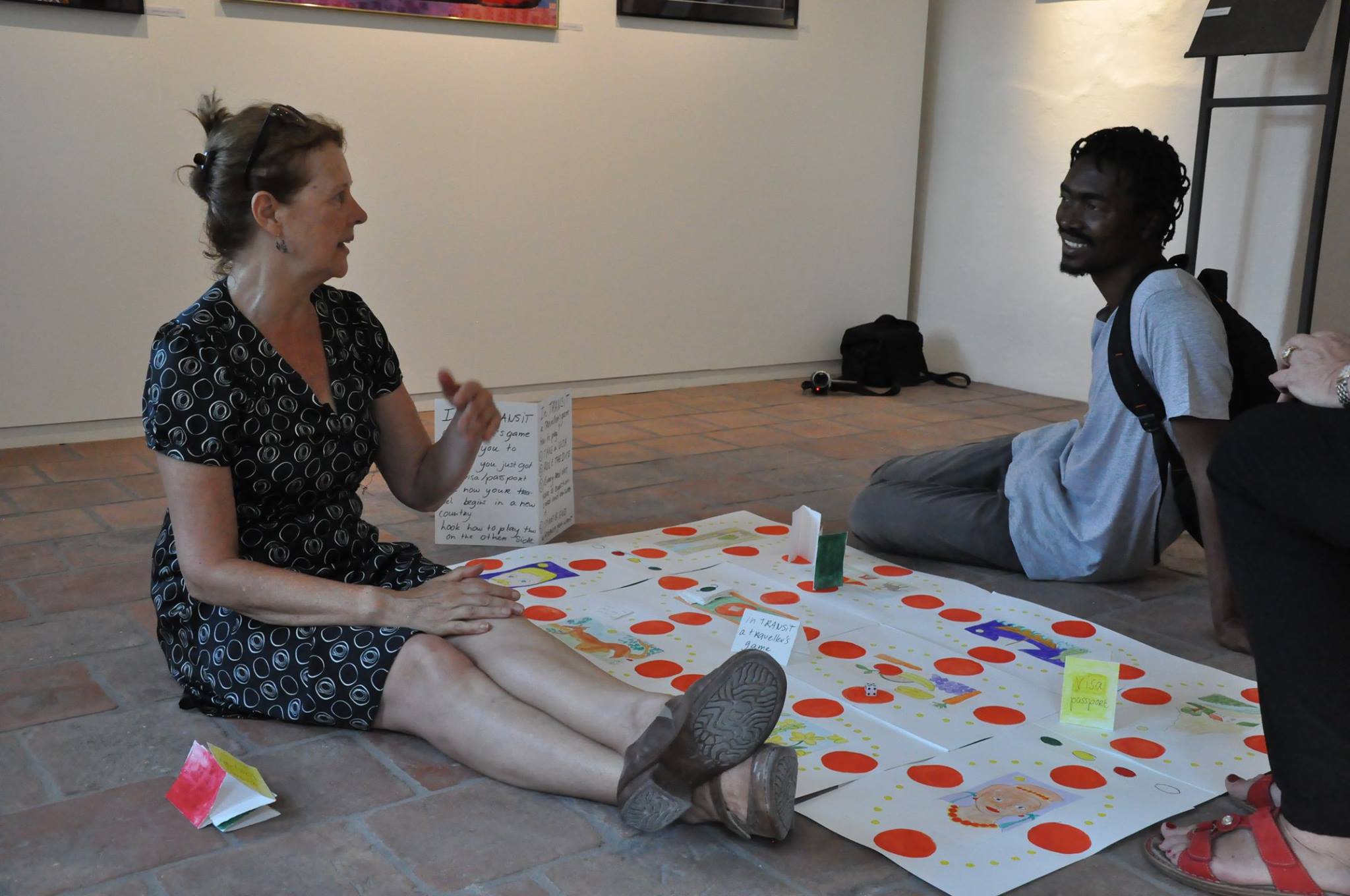 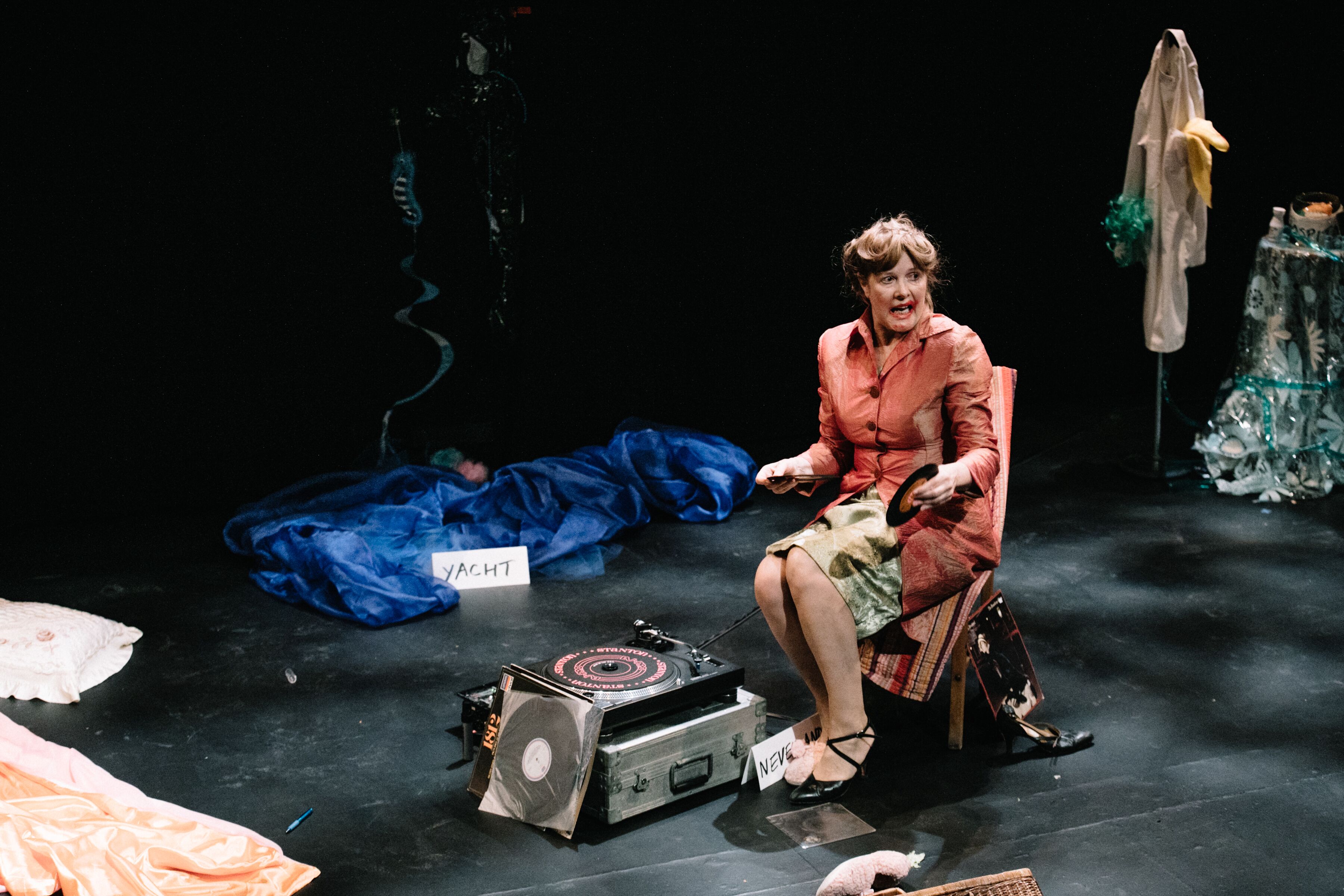 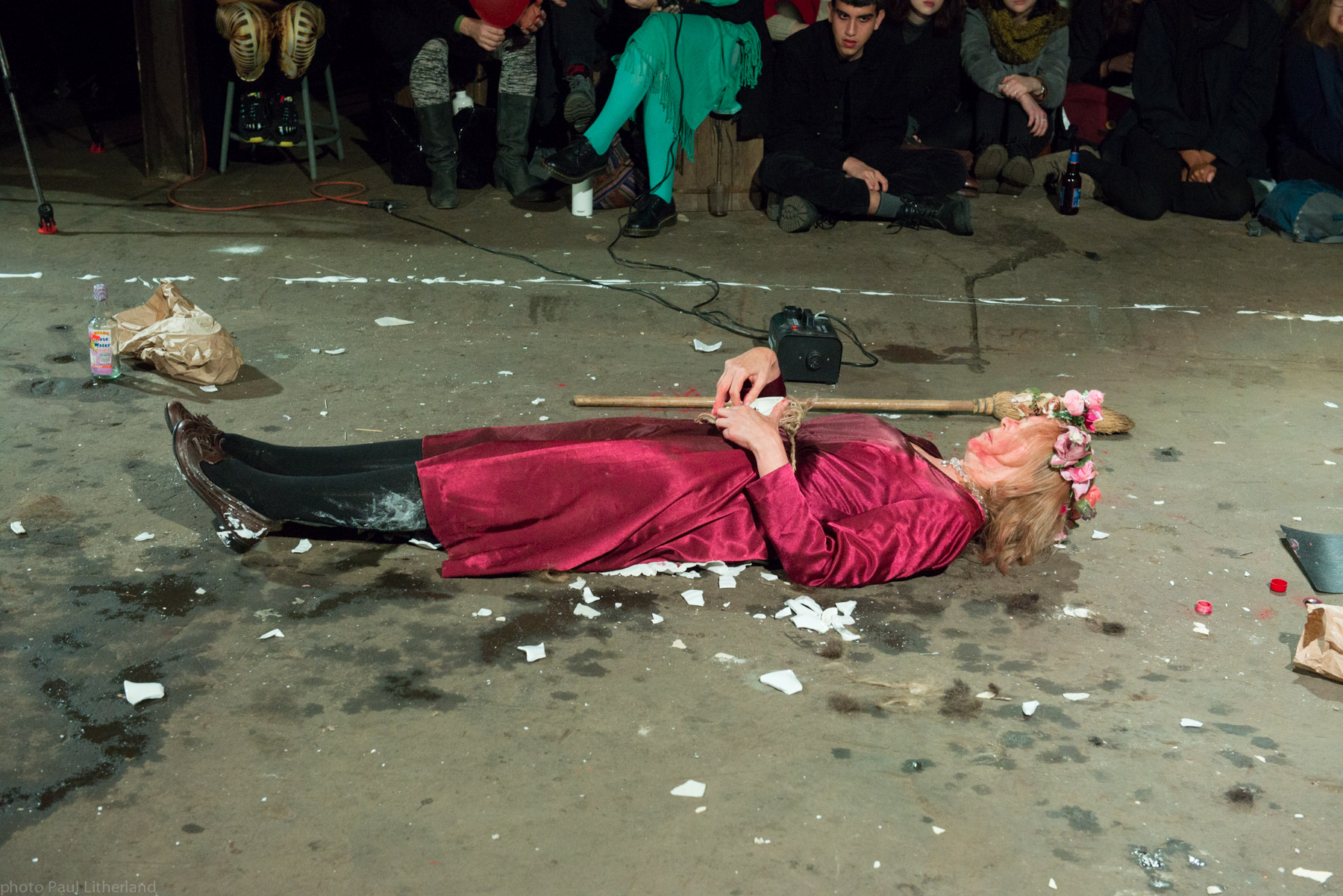 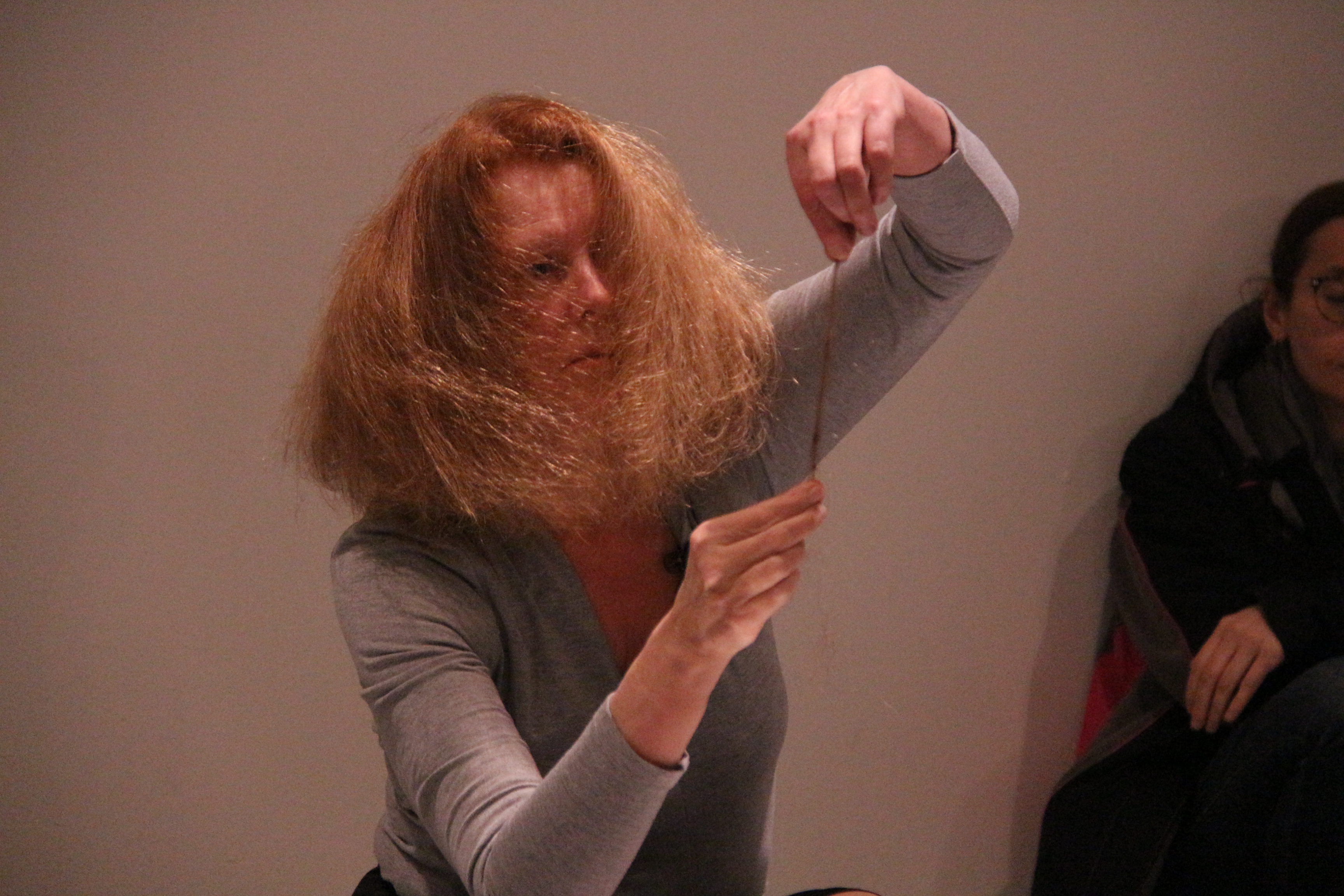 It was a very strange atmosphere, but nobody said this is rubbish. At some point I excluded people with brown eyes and I put them out on my balcony and I thought this is weird they are doing it. That for me was very interesting because that is how it works. You lure people into a nice common activity and then slowly but surely with a friendly voice and big smile you get them into something else and then you exclude people and it feels uncomfortable , but nobody says anything. I think we as humans get lured into things and then afterwards think why did we buy into that. It was a strange phenomenon and I thought it was mesmerizing.

Lucas: Is it ever your goal to make your audience somewhat uncomfortable?

Jacqueline: I like to make my participants very comfortable. I think its very easy to make your audience uncomfortable as you have a lot of power as a performer. I want to break that wall in a softer way. I think you get more out of it as people are letting their guard go easier or people are very confronted with themselves that they want to be softened up, sometimes people want to be pushed and abused to show they are tough.

Lucas: It is important for your work to raise questions?

Jacqueline: I let people be very free with what they experience because I just indicate a situation or hand out a kind of tool. Sometimes it can be very simple. 3 years ago I did “You are my disco” It was a festival in a big old building with a hallway and I had a high stool with a record player on it, I was dressed in a 70s dress. People would come and I would tell them about my youth and the rules of the disco were. Then I would say lets dance with each other, everybody dance. The participants were sceptical at first, but then within 5 minutes people were dancing. Maybe I raised questions there like, why can’t we have fun in the middle of the day? Why cant we trust each other to leave our bags in a pile? Why are we so uptight about dancing?

Lucas: Could you tell me about the inspiration behind your installation “Wunderkammer”?

Jacqueline: What could I do in Leipzig to open up a conversation about Germany. I thought I’m going to make a “Wunderkammer” a cabinet of curiosity, because basically objects talk. I bought books, a lot of Russian books actually and I thought ok I am going to make wall paper and a cosy little room where people can sit and examine the objects that represent Germany and think to themselves what is Germany?

Jacqueline wants people to look from outside

There was a ragged German flag hanging and sauerkraut to give the space a smell. I found the difference in conversation between Eastern and Western Germans very interesting as the Participants from the east seemed to get a sense of nostalgia, while those from the west looked confused as to why they were staring at a pile of sauerkraut. I could see that some people really thought why are you as a foreigner touching my Germany and I thought maybe its fun for you to see what a stranger sees in your country. It was a big love letter to Leipzig.

You can keep up with Jacqueline Van De Geer on her website. She has been a PK resident and will be on the expert panel of our upcoming Online Residency. Her next Leipzig exhibition is in July.