Artists influence their environment and can activate otherwise unreachable social links according to art historian and cultural manager Dr. Barbara Röhner. Operating in a local context feels very immediate and tangible. It touches the lives of all participants and motivates them to think further. Interventions in public spaces trigger questions like where do we come from, who are we, how do we want to live and work and what can we do for others. Visual art is able to question and disrupt the usual order. Therefore, it’s always exciting to see what new things are to emerge.

Röhner runs the art association ars avanti e. V. that organises various educational projects, local festivals, and exhibitions. The Alte Handelsschule, built in the 19th century as an elementary school, is the key location for Röhner’s activities. The school originally had several large drawing rooms, something special for those times. Now young artists develop their works here and thus stimulate further (re)thinking of the space. With the central school hall as an exhibition space and multiple artist studios, the Alte Handelsschule has become a cultural exchange space.

Röhner admits that she is glad that visual artists have found a permanent place. Having an art complex as a stable location can’t be taken for granted. Art has a marvellous ability to enhance the neighbourhood. However artists are often forced to leave the place when the neighbourhood becomes a speculation object, and rents rise.

Art in the community

Röhner studied art history and philosophy at the M-L-U Halle/ Wittenberg and curating at the UdK Berlin. This educational background has provided her with a good basis for her current profession in exhibition and event management and as a curator. Since then Röhner has mainly  been involved with contemporary art, while social discourse always plays a major role. Further education in the areas of politics, sociology and various scientific fields are also part of her work. Röhner considers this interdisciplinary approach particularly exciting. In this respect, she always learns something new with every project and every exhibition. 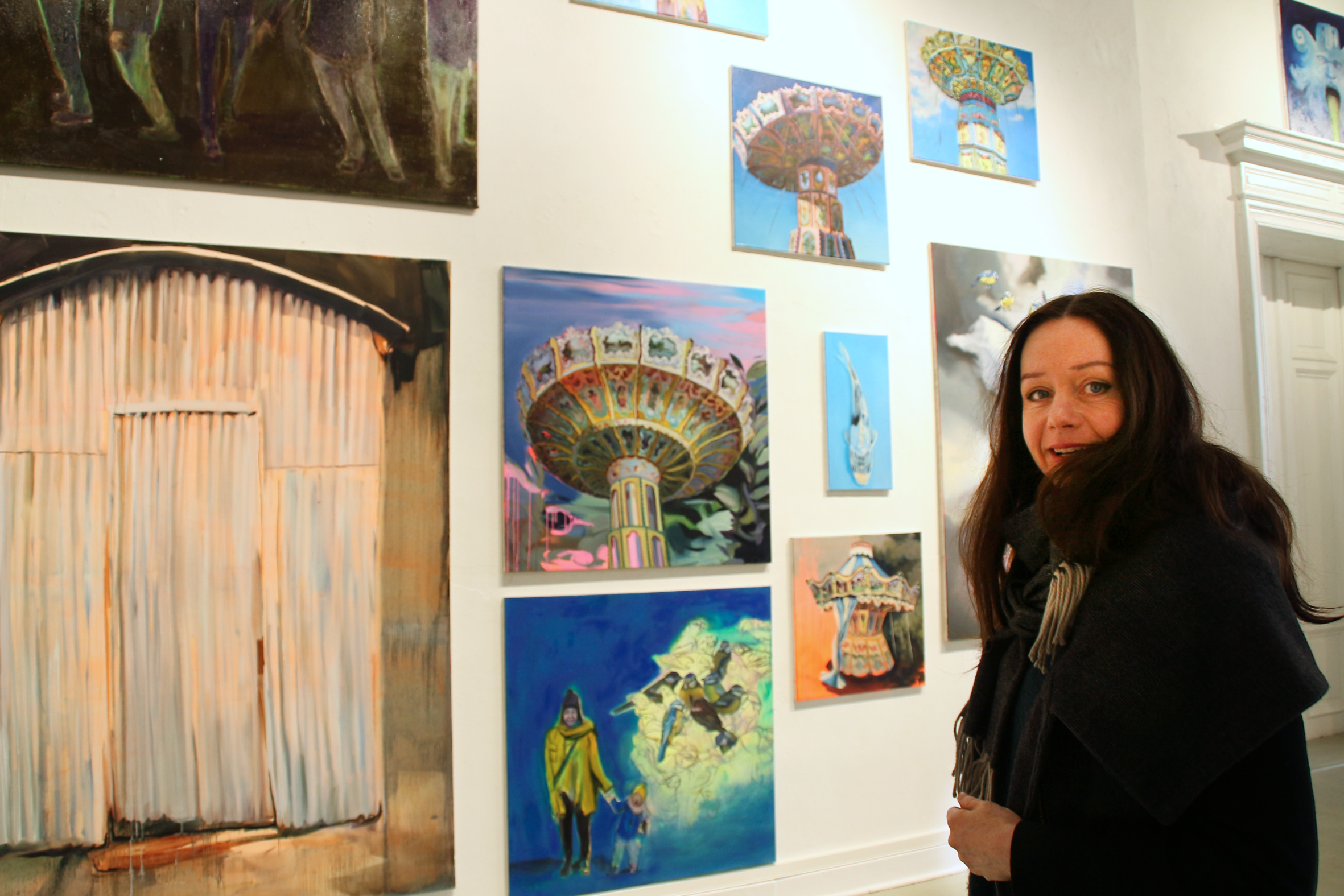 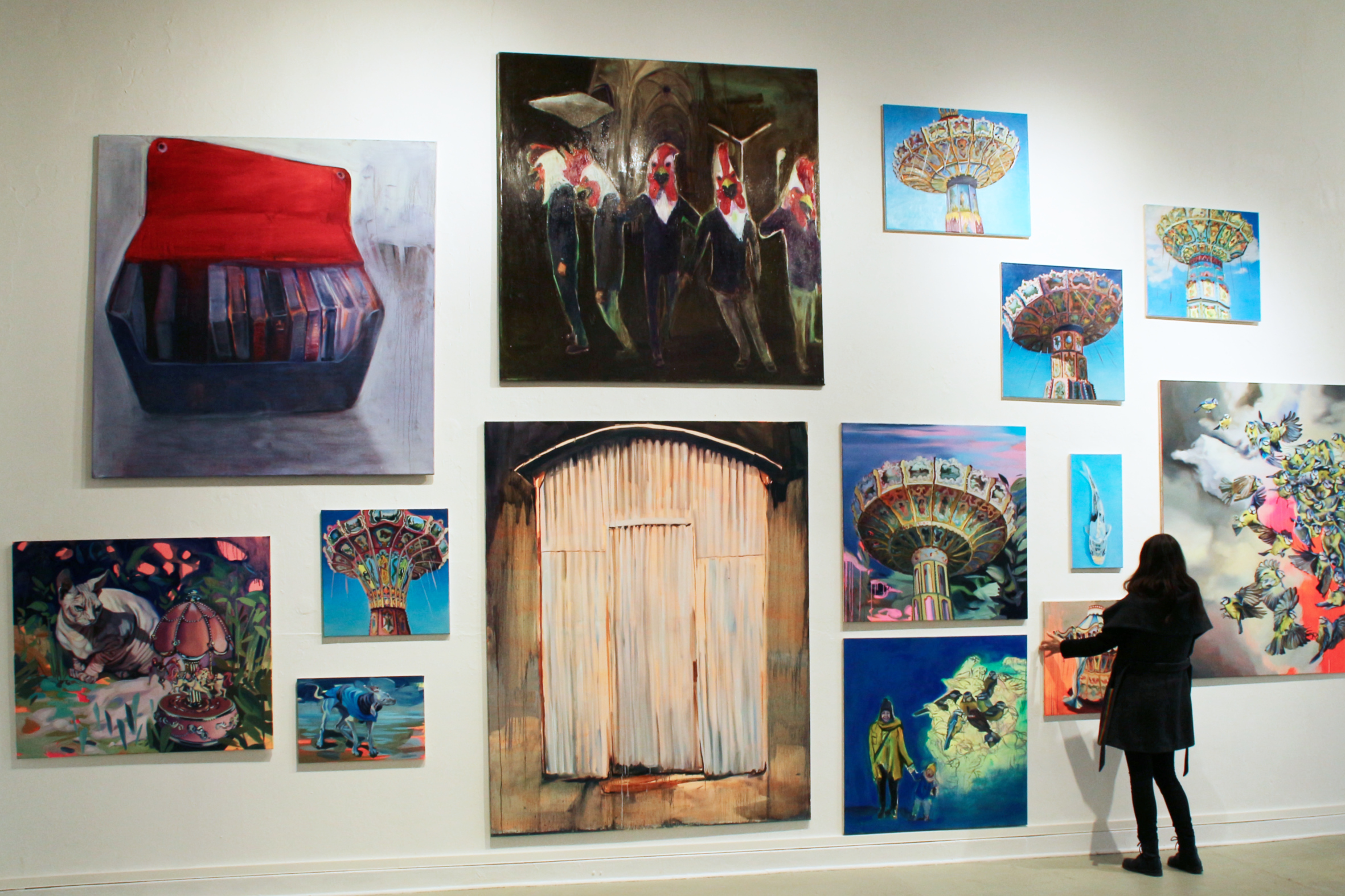 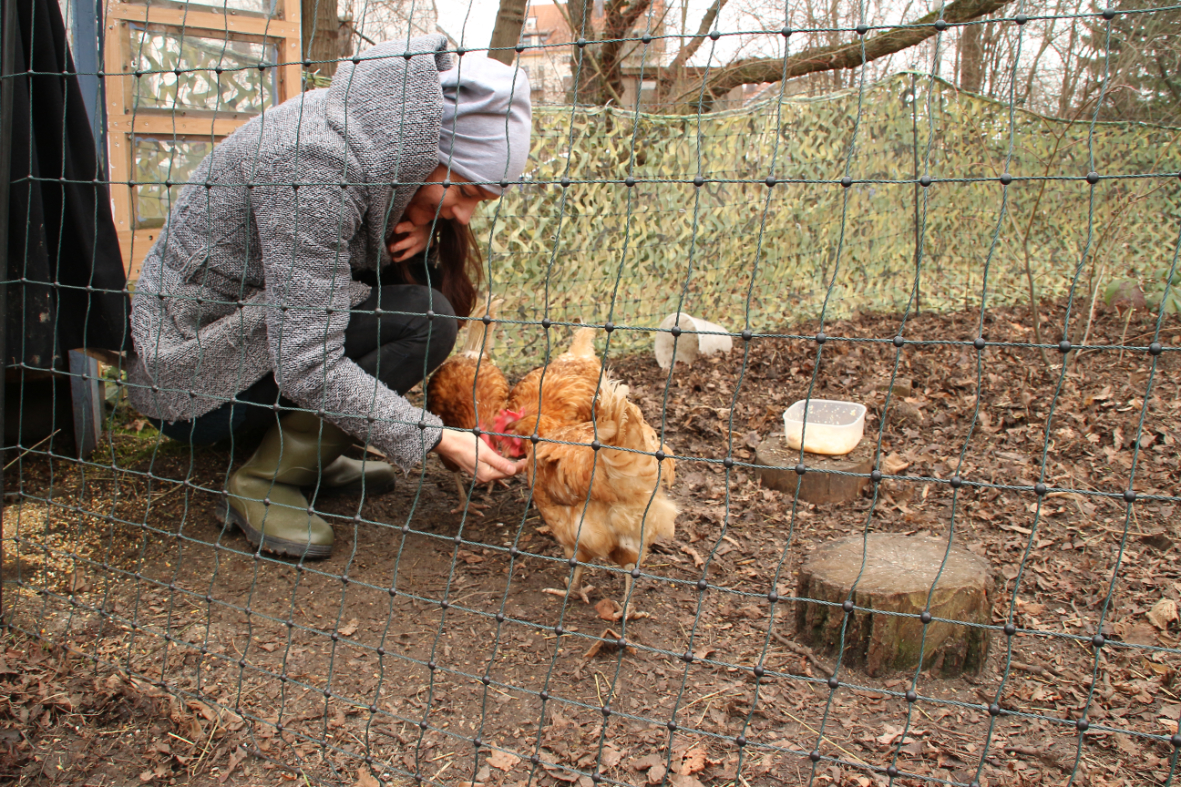 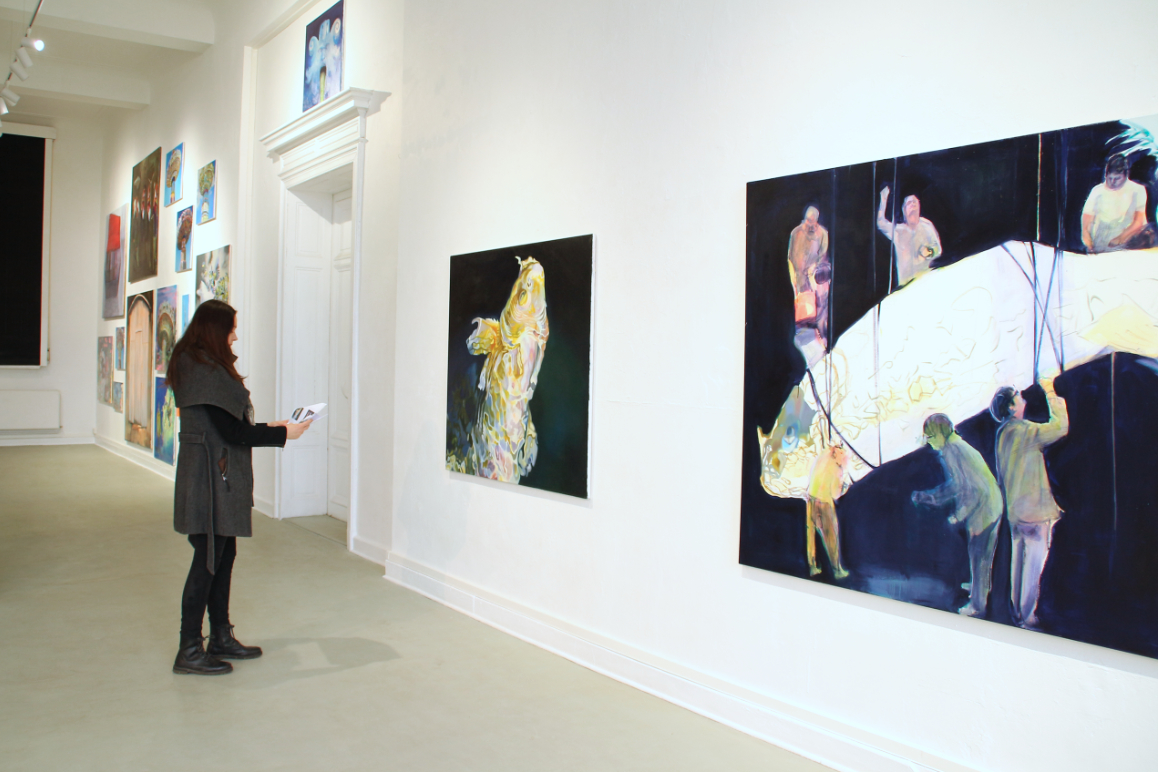 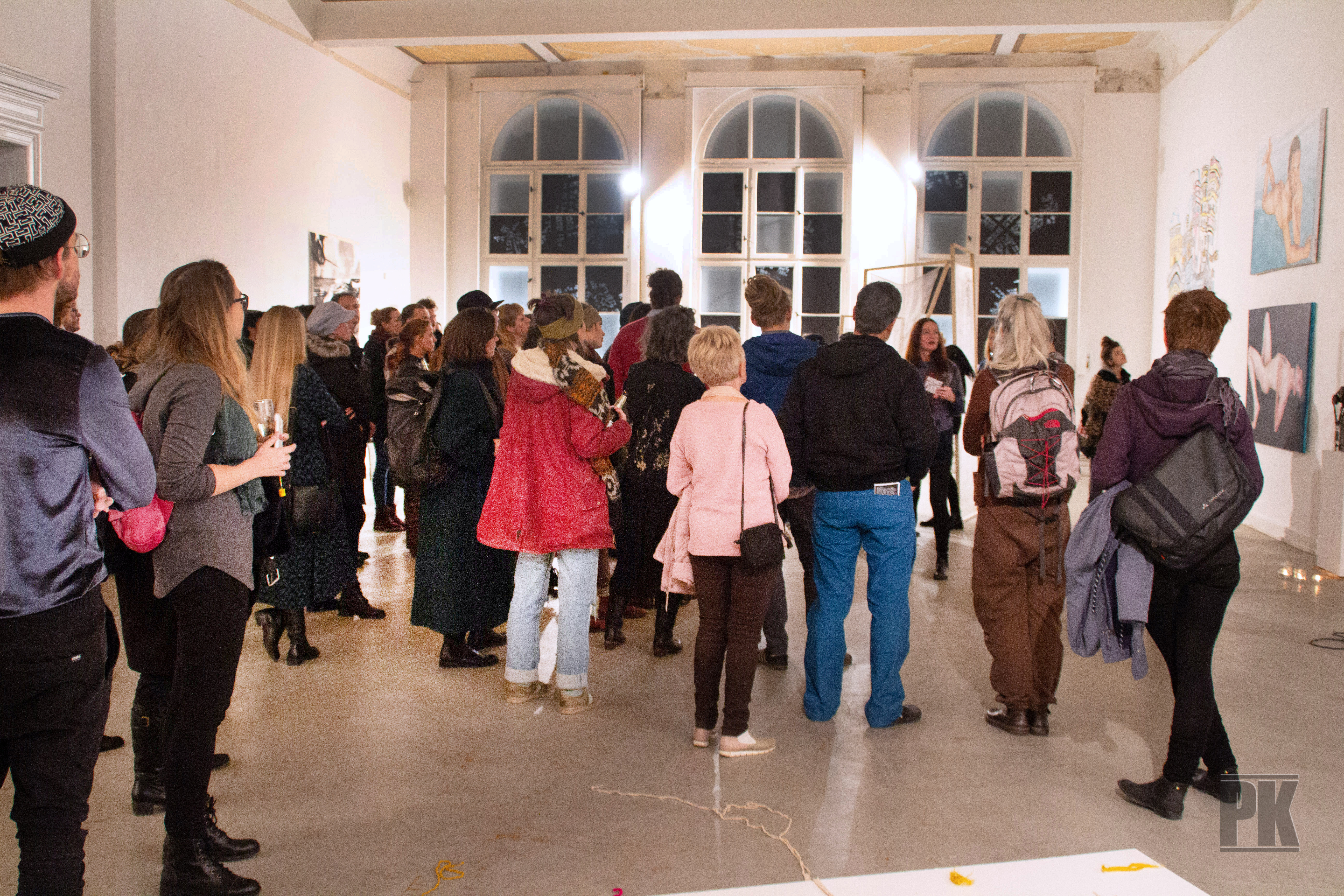 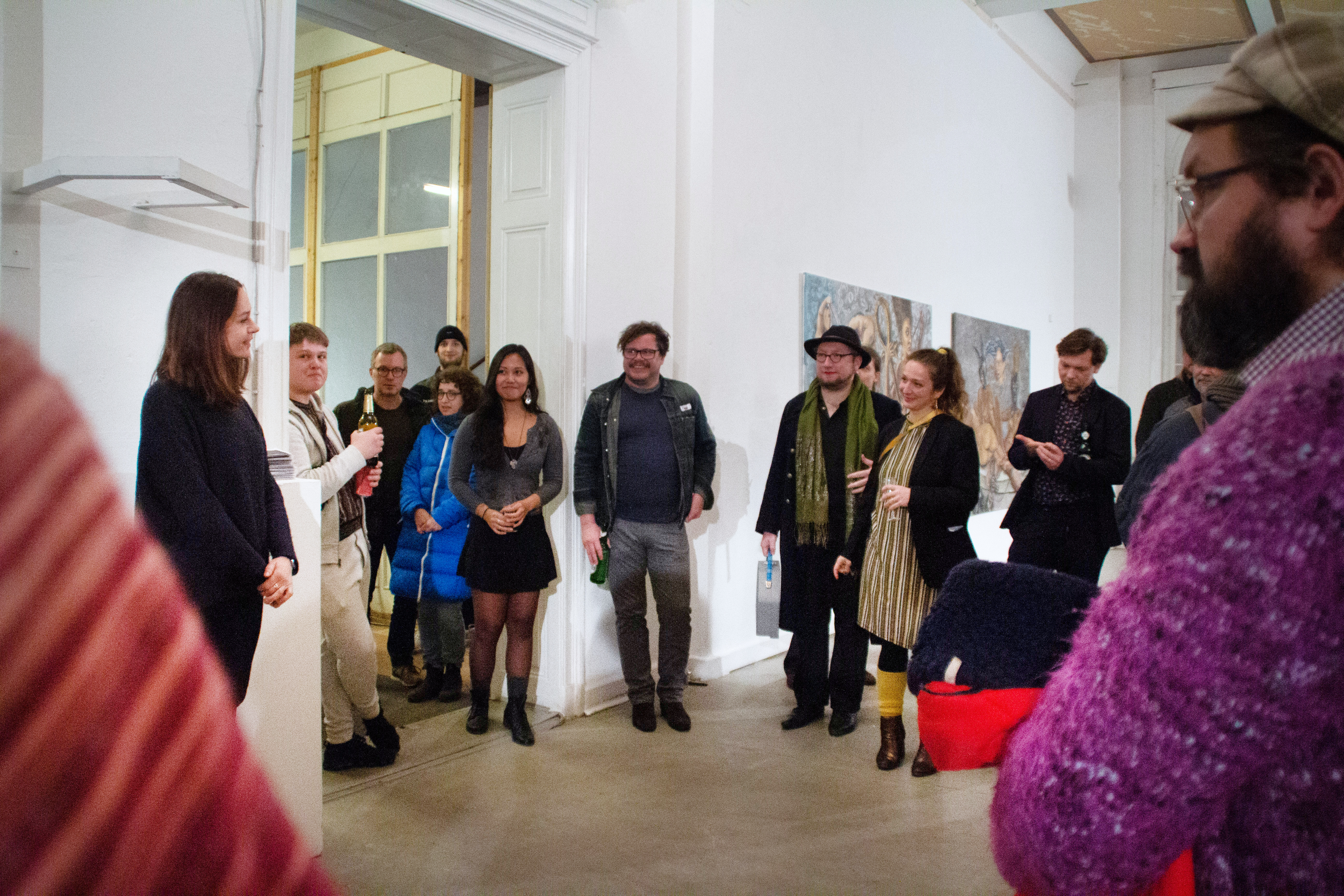 For more than 10 years, ars avanti e.V. has offered art projects in schools. The starting point of these projects is often the school surroundings or urban issues. For example, sculptures were built in an elementary school that referred to the former use of a park area as a sculpture garden, of which only the pedestals remained. Another project involved the floorplan of a former church being traced in the schoolyard with glowing balloons. This luminescence was clearly visible to visitors from the tower of the new town hall. An ongoing project is dedicated to the theme of UTOPIA, with students from different schools designing possible future scenarios.

The art association ars avanti e. V. organises annual art projects with children and young people. However, it is their concern to inspire people of all ages and cultural backgrounds to understand art also as a medium of intercultural communication. Active engagement through art is therefore education in the best sense of the word. This is what organisation’s slogan alludes to.

The exhibition cooperation with the PILOTENKUECHE began in February 2018 with the exhibition Unheimlich. 15 artists from the US, Canada, Israel, Syria, Chile, Turkey, Ireland, and Germany showcased the work created during round 34 of the residency program. The artists always view the exhibition space beforehand and each program includes a guest curator. This allows for a high level of coherence within the exhibition.

The last exhibition of PILOTENKUECHE fell during a lockdown period when no more than 18 visitors could enter the exhibition space at the same time. This, of course, made a “normal” vernissage impossible. It resulted in finding a solution to present the exhibition both physically and digitally. The opening with a choir as the voice for the missing visitors was a completely new experience, which could be accessed digitally afterwards. Fortunately some visitors were still able to attend the exhibition at this time, though hygiene restrictions meant they were only able to listen to the choir in the stairwell and foyer. This added another layer to the experience.

Current Corona restrictions still do not allow for larger crowds, which is why the openings have to be transferred to the digital space. The pandemic has reshaped the artist-community interaction models. This has the advantage that visitors from all over the world can attend the openings. Nevertheless, the complete digitisation of exhibitions and art events are not suitable for every medium. Especially the procurement of the surface, the incidence of light, the haptics or the dialogue of the works in the space can hardly be conveyed digitally. Nor can digital replace the direct exchange between an artwork, visitor, and artist. As beautiful as the diversity of digital offerings is, the need for direct experience on site remains.

After visiting an Open Studio event in the neighbouring town of Halle, Röhner wanted to do the same in Leipzig, but realized it did not exist. Röhner decided to create Offene Ateliers where an array of Leipzig artists, designers and ceramicists simultaneously open their studios. Due to an incredibly positive response the open studios developed into an annual continuity under the art association ARS AVANTI e.V. Now 20 years later there are up to 120 studios included in this event. Due to a lack of funding and pandemic restrictions digital spaces and exhibitions will play an important role in the continuation of this project. They intend to celebrate the 20th Open Studios in the courtyard of the Alte Handelsschule if possible.

The other ambitious project is BI-Kleinzschocher. The idea of the Citizens’ initiative is to invite all inhabitants, tradespeople or interested parties in the district to engage in Kleinzschocher. This can be a spring cleaning, citizen participation in street and construction projects etc. For example, the organisation and implementation of the citizens’ festival every summer is a highlight of the Citizens’ initiative. Referring to the premiere of the peasant cantata by Johann Sebastian Bach in the former Kleinzschocher manor, Röhner wants to combine tradition with today. Music and conviviality appear to be in the foreground in order to address and get to know as many people as possible from the most diverse spheres. The main principle and the dream goal of the BI-Kleinzschocher is mutual respect and social support.

Röhner`s exhibitions and projects are certainly a part of Leipzig’s contemporary history. She curated the first major art exhibition in Leipzig after the fall of the Berlin Wall. Through documentation and reflection, such achievements become signposts and inspire other projects. Local Leipzig contemporary art history is quite heterogeneous and blurred. There are so many artists here that it is almost impossible to cover all of their practices. Many of them live and work in Leipzig temporarily and are not visible, but nevertheless give the city great impulses. There are undoubtedly some well-known local galleries, artists, and HGB graduates. But that could only ever be a fraction of what makes up the art scene in Leipzig. In this respect, Röhner is concerned with showing this diversity through her exhibitions, the Open Studios, and other projects.