“I consider myself an observer with alchemical tendencies”

Matthias Geisler has long been watching the versatility of the digital world with fascination. He works with the interaction between graphics and digital media. He wants to discover the archetypal surface that hides behind an image and make it visible. He selects and extracts the digital images that captivate him and transforms the incomprehensible as an abstract entity into intricate images or re-creates it as poetic impressions and figures.

Through the process of analyzing, modifying and deforming, the results are complex drawings in which subjective visions of reality are revealed. His daily experiences are condensed into the final outcome. He says, “The surfaces of the digital world raise in me the question of how order and chaos are determined.”

Sometimes he simulates the typical loop of digital space to repeatedly draw images with seemingly imperceptible differences. As in the serie called Krater: these are graphite drawings of images taken by NASA and ESA space probes. They are patterns with the different layers of repetition, structure and quality in which he examines the complexity of the space. Currently a source of inspiration are the pictures of the space by the German photographer Thomas Ruff in which he also reinterprets the digital images.

In addition to the spatial dimension, Matthias is fascinated by caves. Both are silent places that invite reflection on the meaning of existence. He draws his caves as mystical places. Starting from a figurative idea, he then follows their rhythm until he breaks away from reality. They are deliberate reminiscences of digital, electronically generated images. In the series of drawings Pause the cave reveals itself in the geometric and symmetric surfaces. 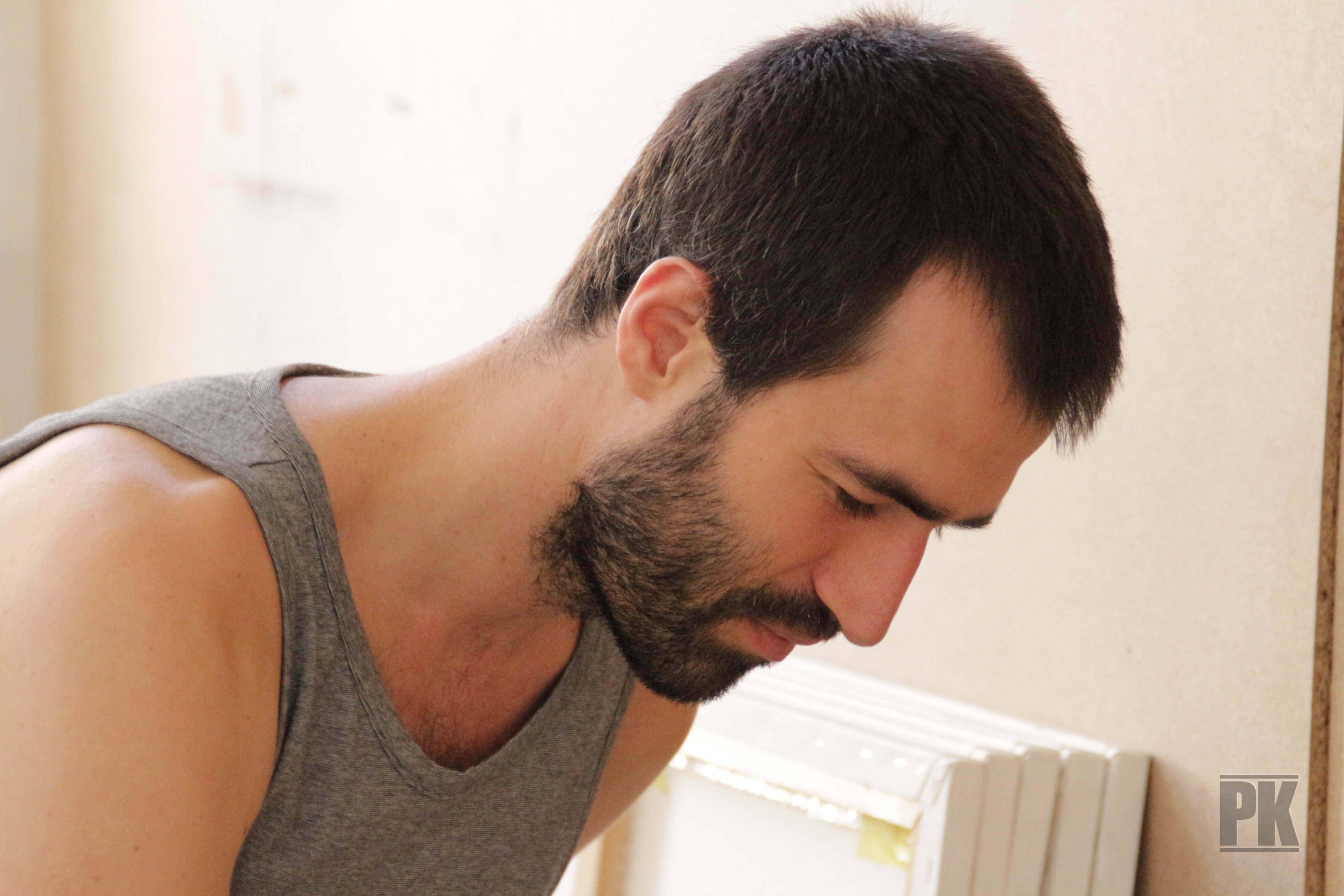 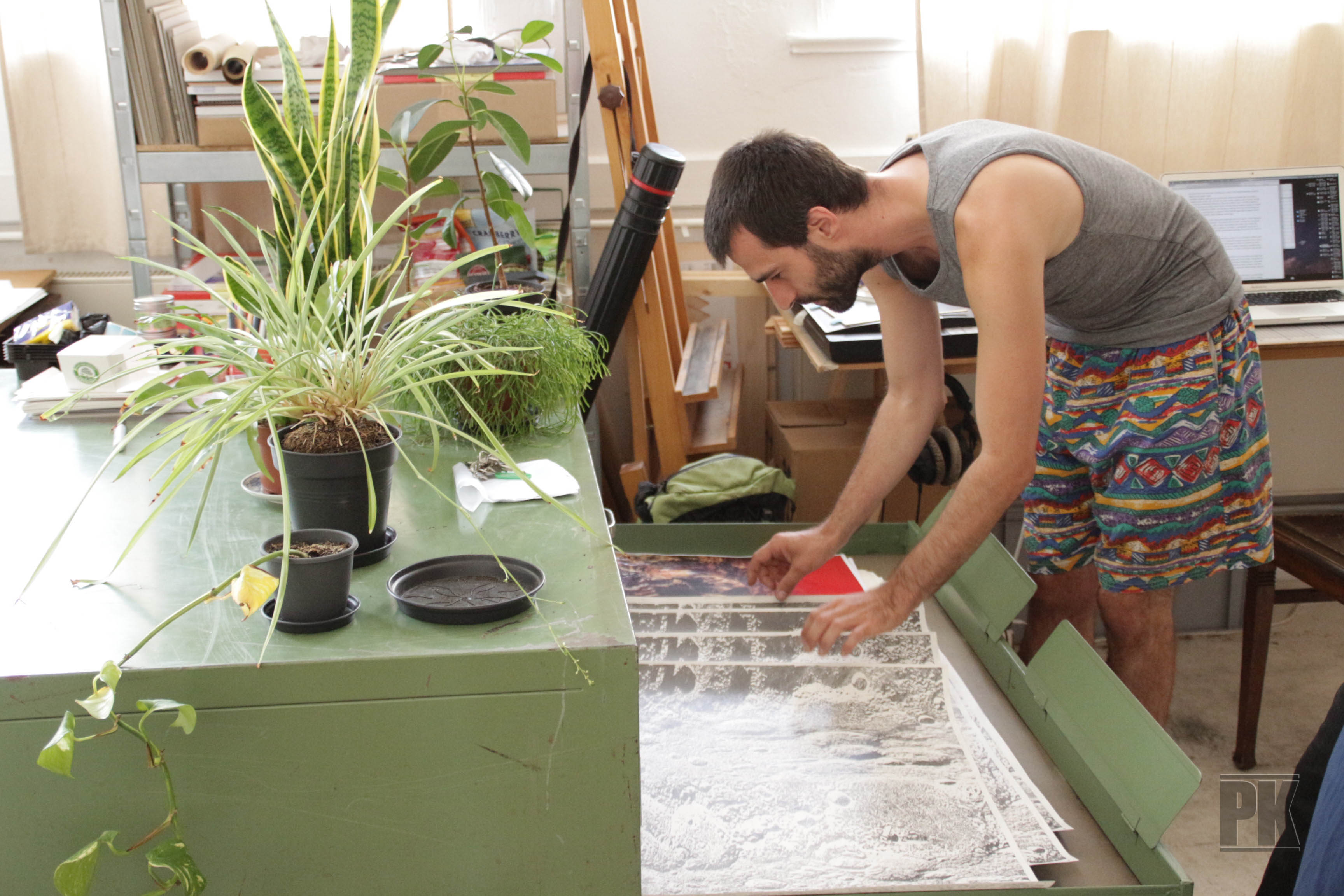 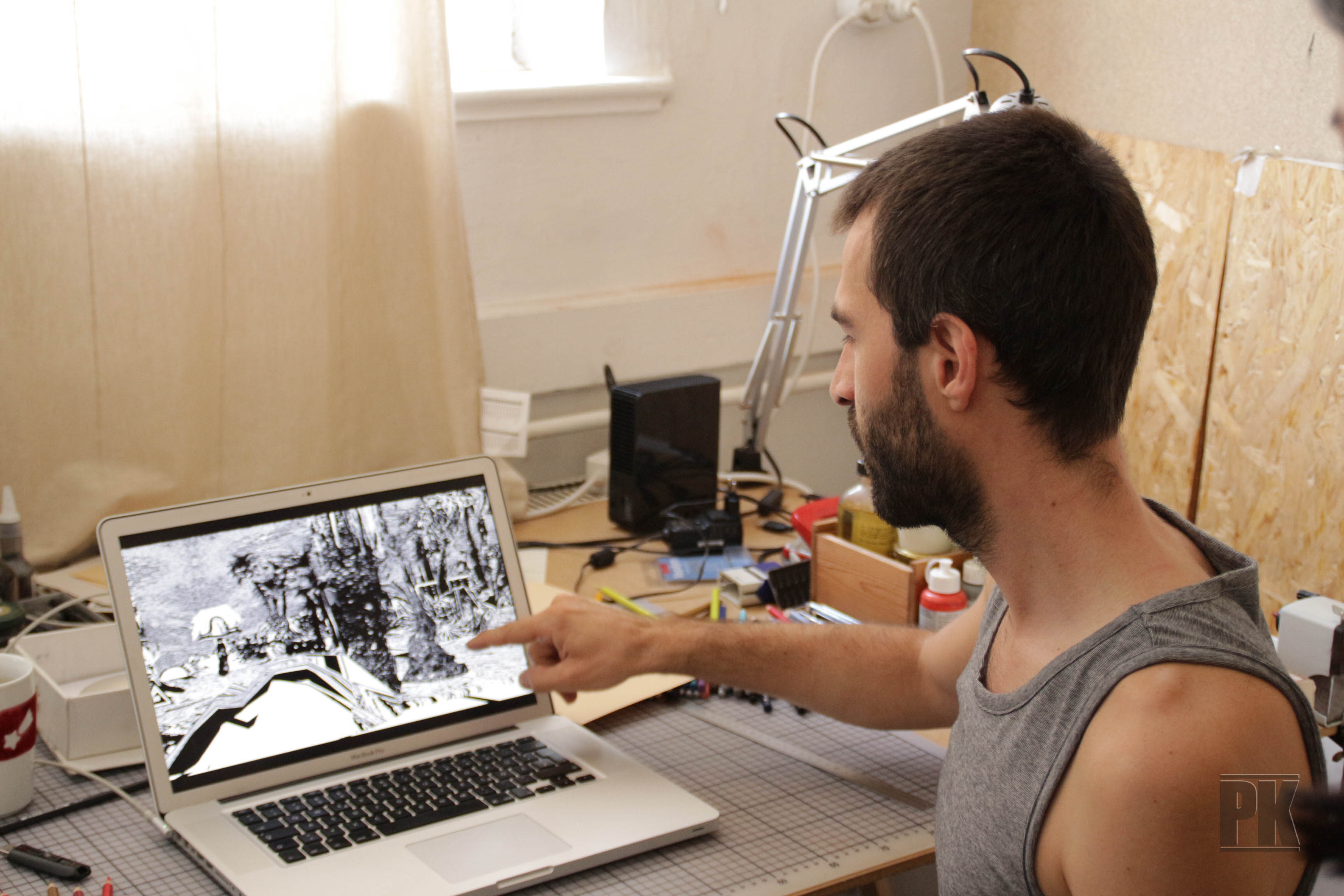 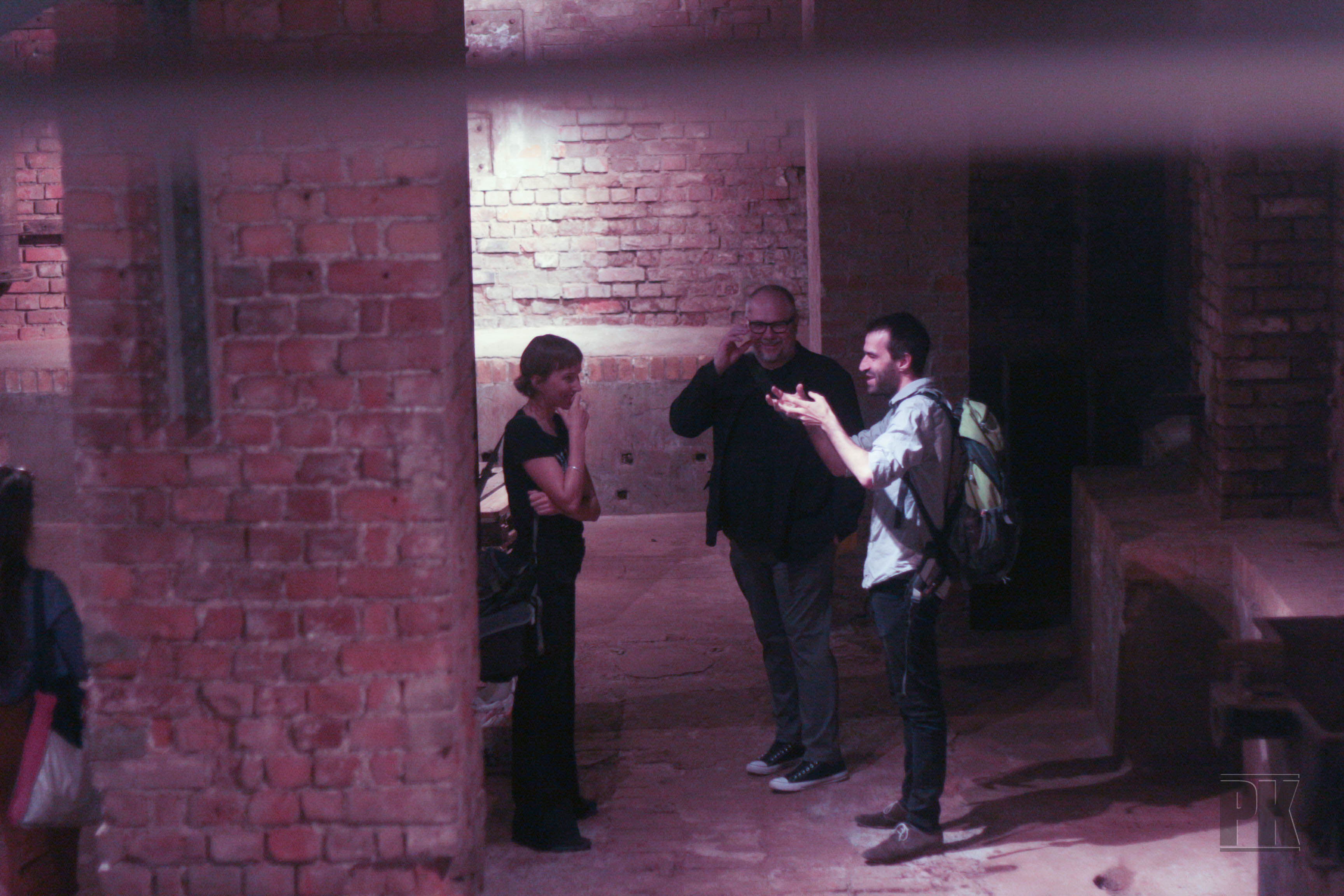 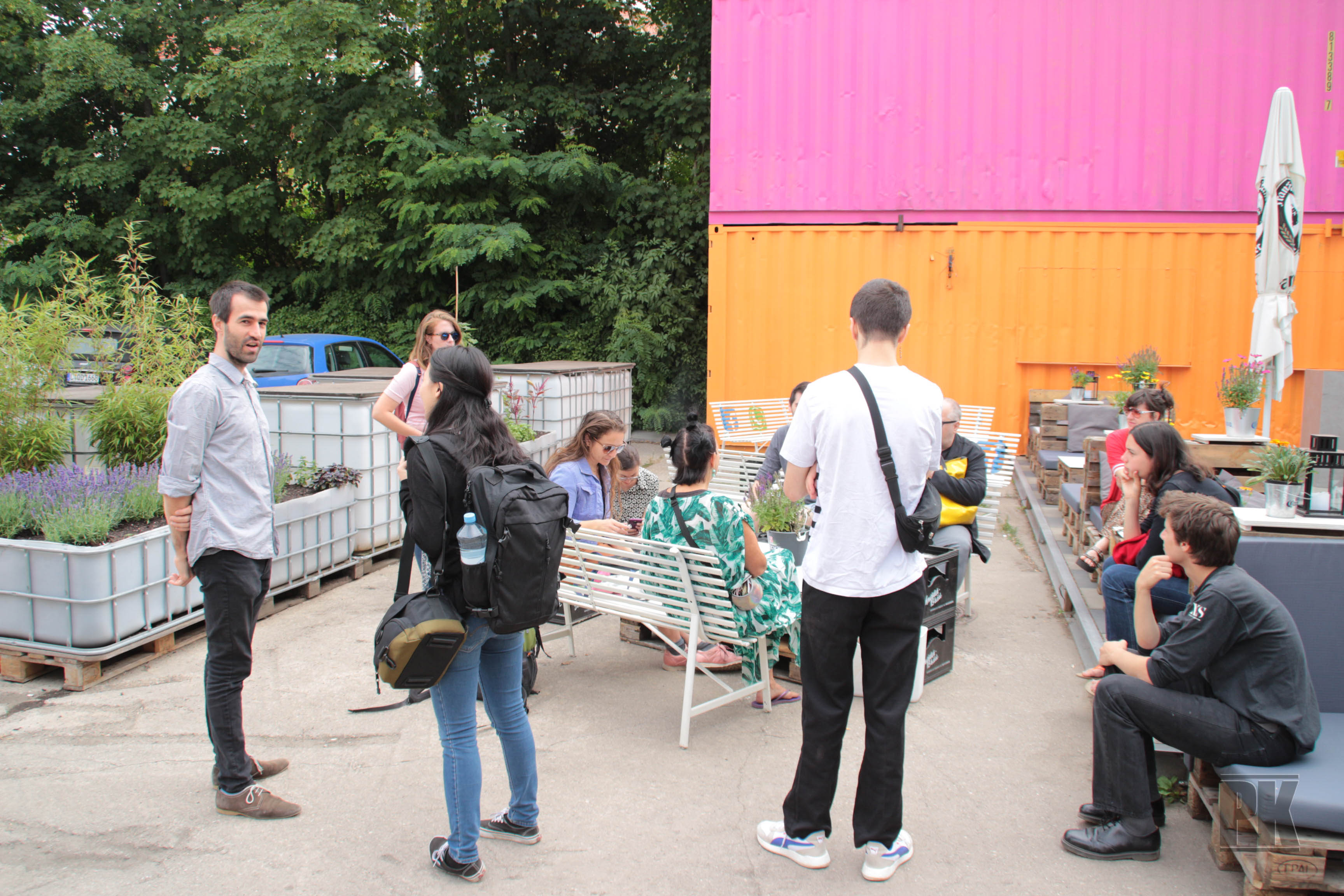 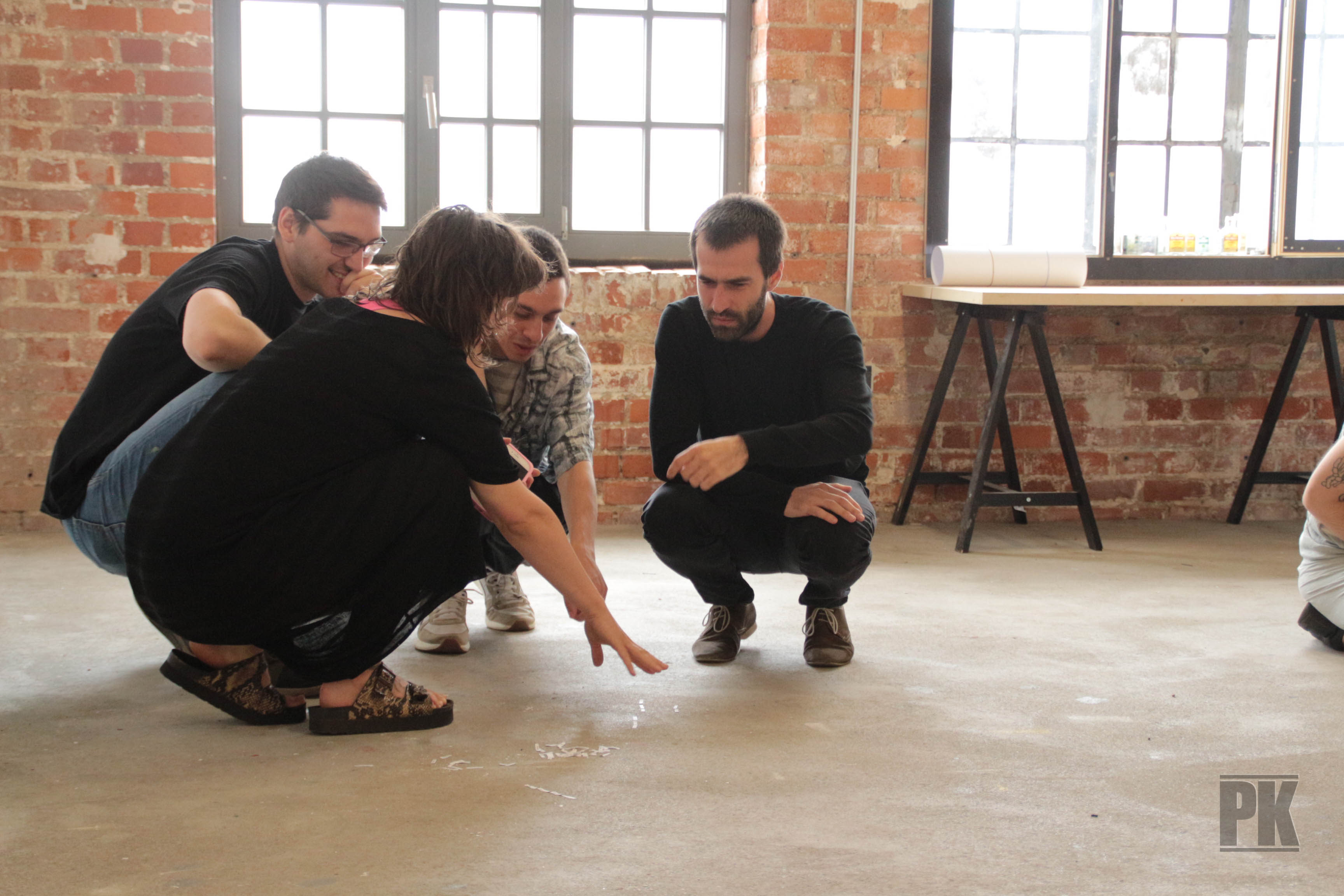 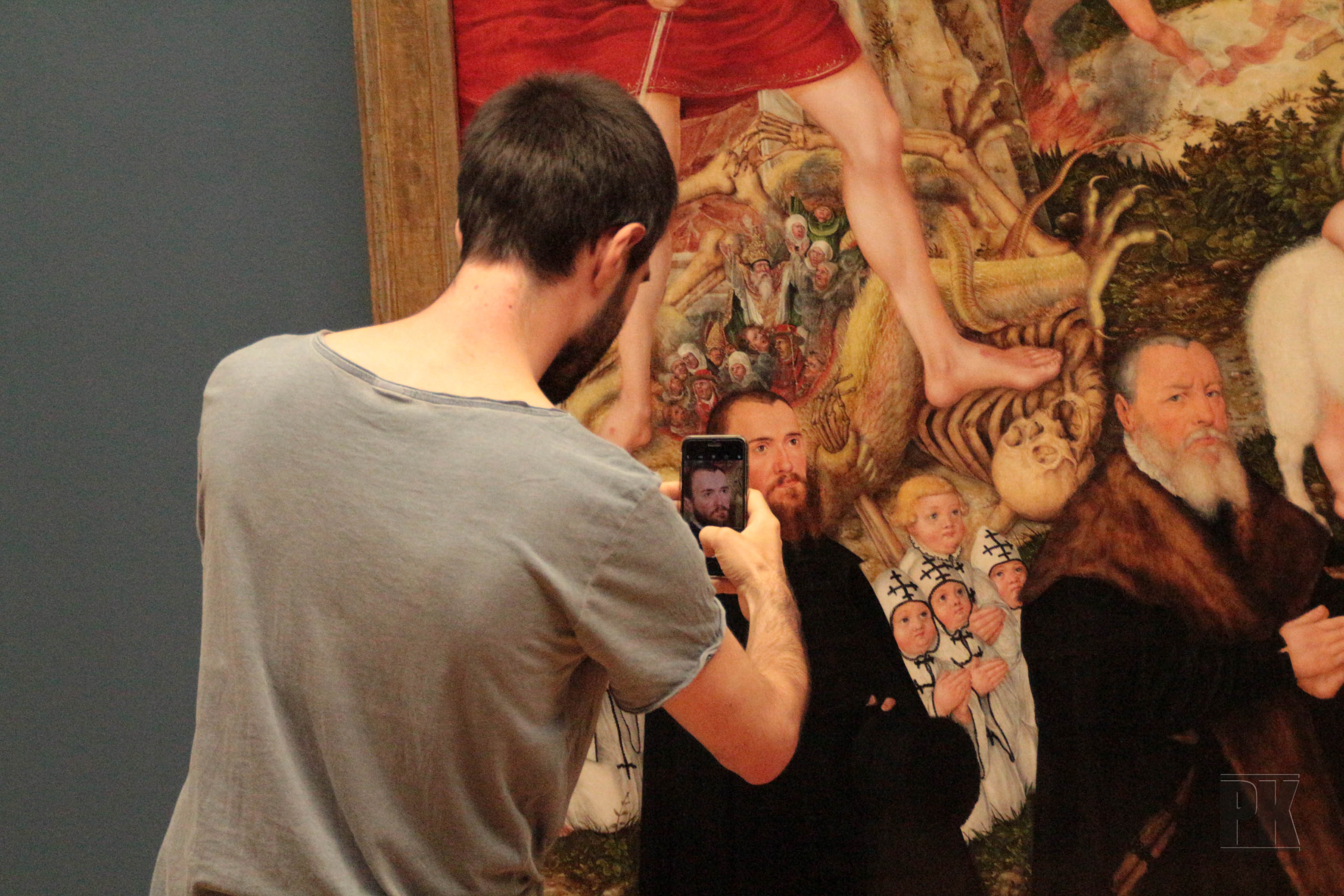 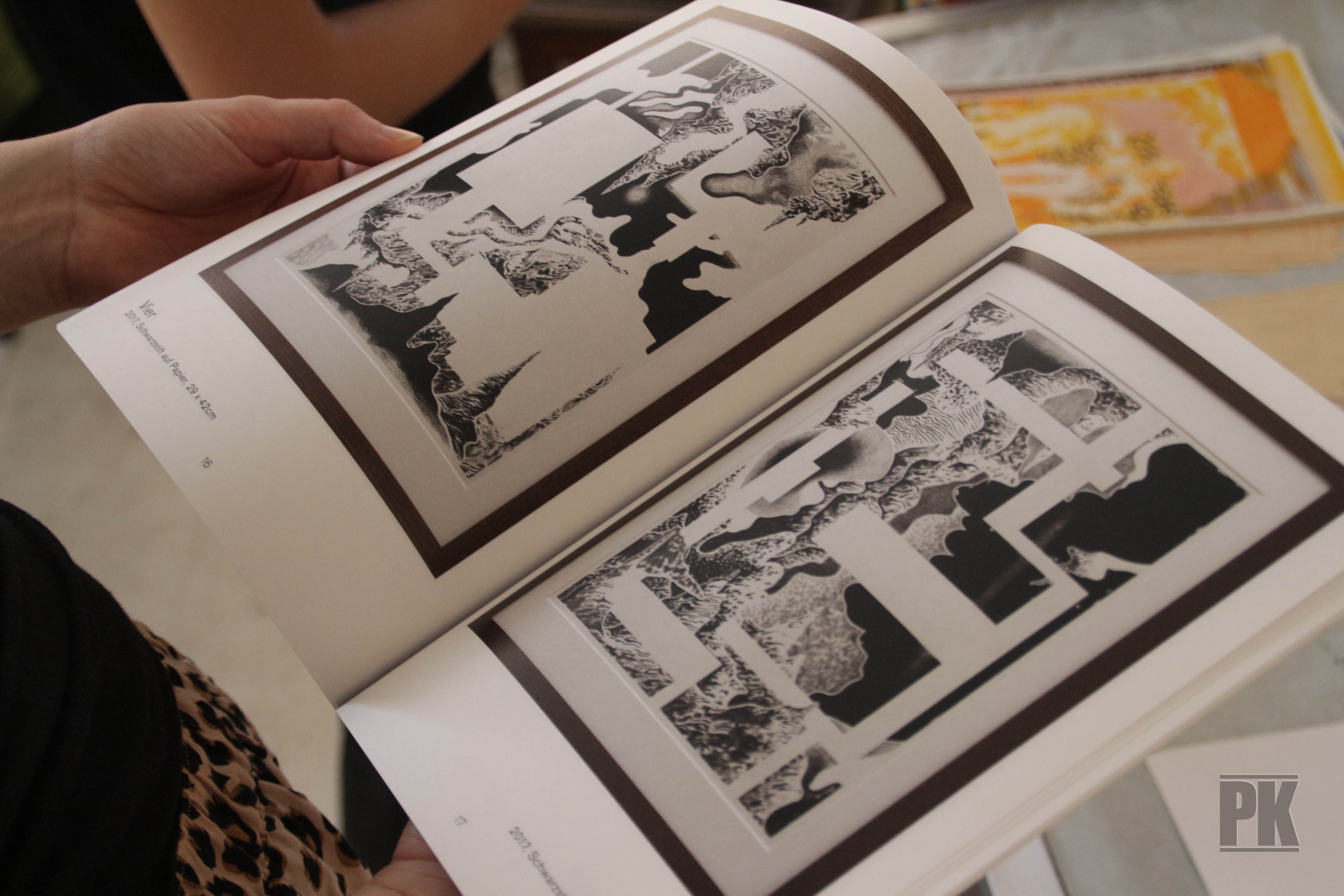 This work of research and transformation is associated with literal reflections. Each year he fills one notebook with interesting combinations of reasoned texts and drawings or quick sketches. Sometimes they are poetic compositions, ironic comics or long poems.

Matthias’s education started with the study of naturalistic design. He then he left it to find his own personal language closer to his interior world. When he draws, he starts with decorative lines or fluid forms. From abstract, figures and stories emerge.

He has a similar approach when creating his videos. From digital textures that form psychedelic and otherworldly environments, he tells stories of men who discover imaginary places and create human relationships. It is as if one of his drawings of an imaginative parallel world have come to life in his most recent short film.

Matthias says, “The digital is a non-place, a space without any dimension. Distance and time play no role, just like in the inner world, introspection or better said, the world of inner occupation. Man is still free in thought.”

The constant oscillation between understanding, searching as studying and creating is an expression of intent to discover mythical and mystical aspects of reality.