Realistic and magical, the illustration of Ariel tells the stories of modern fairy-tale. As a little girl, she was lured by the landscape and fantasy of Hayao Miyazaki’s animation “Spirited Away.” She has always admired the charming forests and landscape of her hometown Athens, Ohio. With the desire of creating stories to draw people into nature and to remind us that there’s still magic, she set herself on the quest of story-telling as a print-maker.

Unfortunately, Her beloved land Ohio was then destroyed by fracking. The concern for the environment brought her to her first big project which she wrote a fairy-tale of a heroine fighting against the evil force that is wiping out the forest. “I realised through illustrating, I can tell it in a way that is not as confrontational as other forms, like activism. I did protest, but I feel that when you show it less ‘in-your-face,’ people are more willing to accept it.”

Magic and fantasy are in her blood. Last year, she went on a genealogy trip to Scotland – the land of mythical legends and medieval tales, of burning witches and Arthur’s Seat. She found out her family is related to Robert the Bruce, the King of Scotland during early 14th century, who famously fought in the First War of Scottish Independence. This journey of ancestral discovery, with her fondness of the animation “The Secret of Bells” resulted in a series of illustration with Celtic ambient. 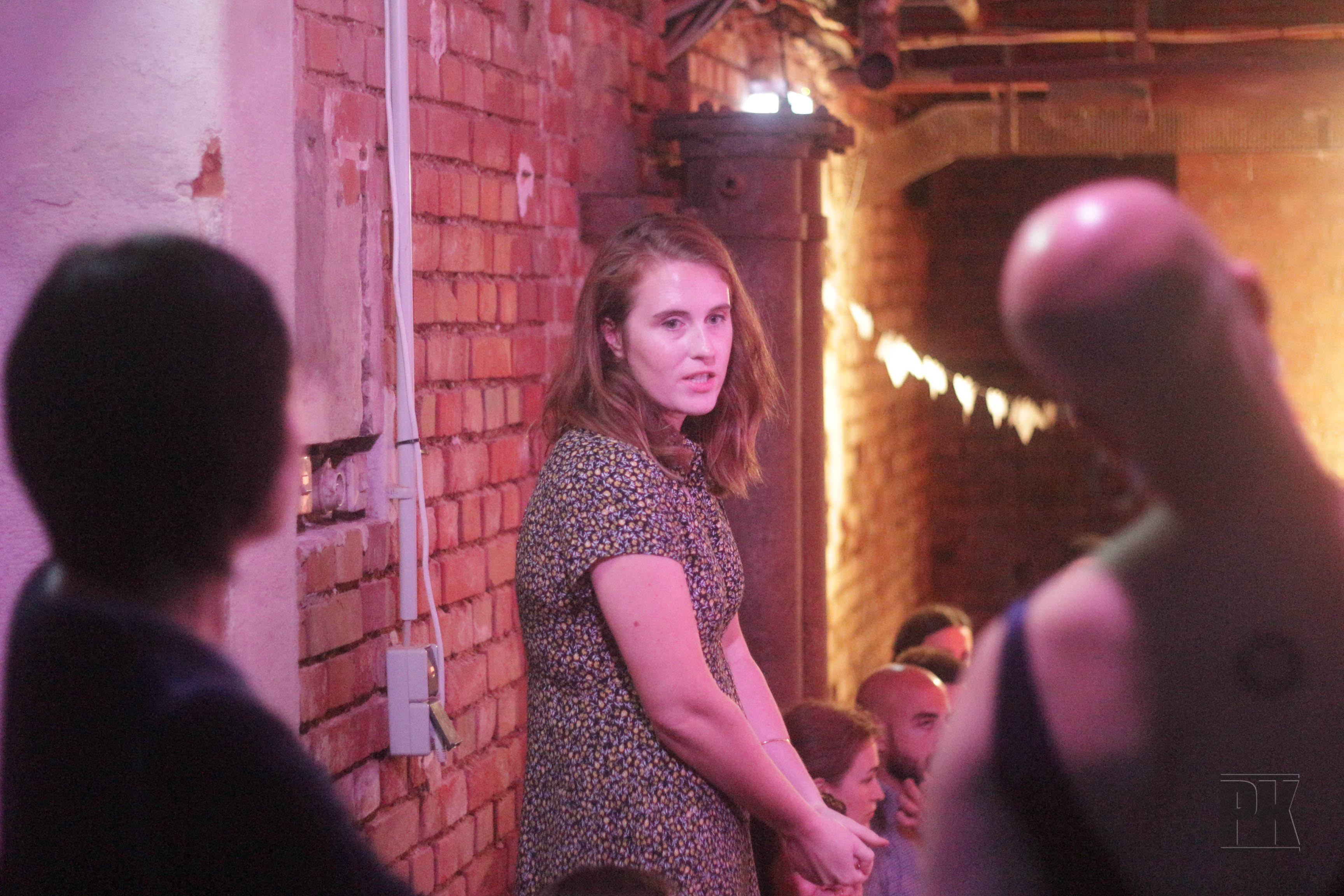 Her latest work at the residency was inspired by her recent trip to Southeast Asia, including three paintings and a linocut print and embroidery textile piece. She gradually shifts print-making to painting for its accessibility being on the road. The paintings, titled in “The Discovery,” “The Danger” and “The Explorer,” present a Thai Arch, a tiger and a young lady, respectively. The feature of the young lady was borrowed from the figure of one of the Joan of Arc statues. She explained that Angkor Wat was said to be explored by a French naturalist who stumbled onto the land. However, the story-told is a Christopher Columbus sort which shows the discovery of European invaders rather than the portrayal of what had been happening already long before the intrusion. “I would like the culture which actually made the effort to create this thing to be given credit.”

The discovery comes along with the damage of relics and ecology. She talked of the missing reliefs, such as the head of a Garuda that was chiseled off in order to be sold in the black markets. During her trip, she was not able to visit Maya Bay in Thailand – made famous by 2000 film “The Beach” – as the officials decided to close it until 2021 for ecology recovery from severe environment destruction by tourism. Just like the early fairy tales of Hans Christian Anderson and The Grimm Brothers, there are dark elements in her magical stories. In her modern fairy-tales lies the timeless question of all fantasy: What does it cost to get the prince? What do you sacrifice to realize the dream?