Yana Jiao wants to transport the masses to a place of calm. This is the base point to peel back the many layers of her work. She shows humanity up close and personal. She often shows the darker sides of how we affect each other and our environment. The elegant simplicity of her work leaves room for the viewer to go at their own pace, as it continues to capture interest indefinitely.

While Yana’s pieces are one with nature, the materials are generally manmade. In her series Leviathan, one’s first thought is that these are seascapes. A deeper look reveals the undulations, not as waves, but as uneven rubble. The work looks at the plight of people “lost at sea” through no fault of their own. With little or no notice, their homes were demolished by the government. The remains are covered by this plastic netting for “safety”. The works give no further explanation of the why or what happens now? They capture the moment of drifting. 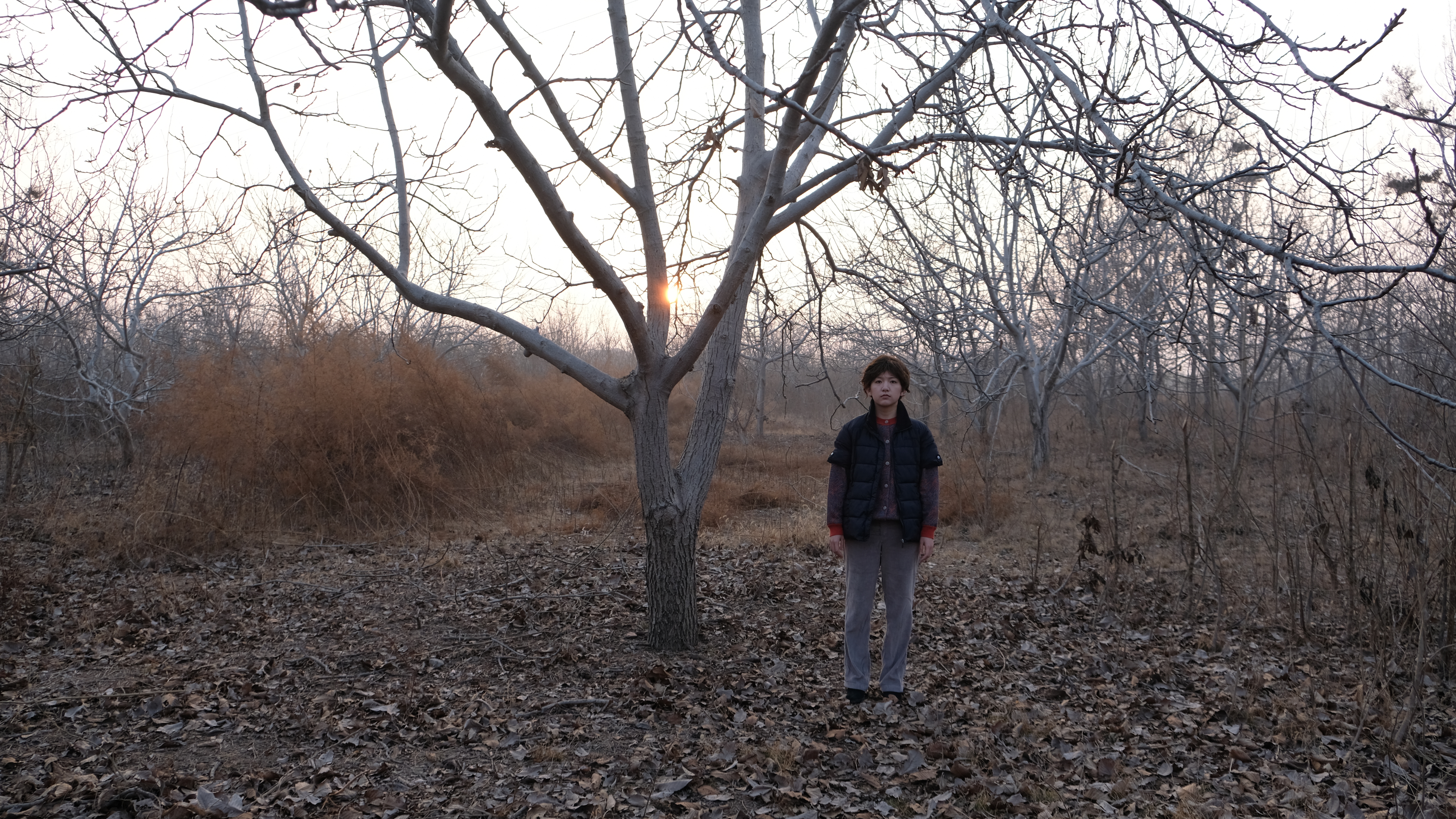 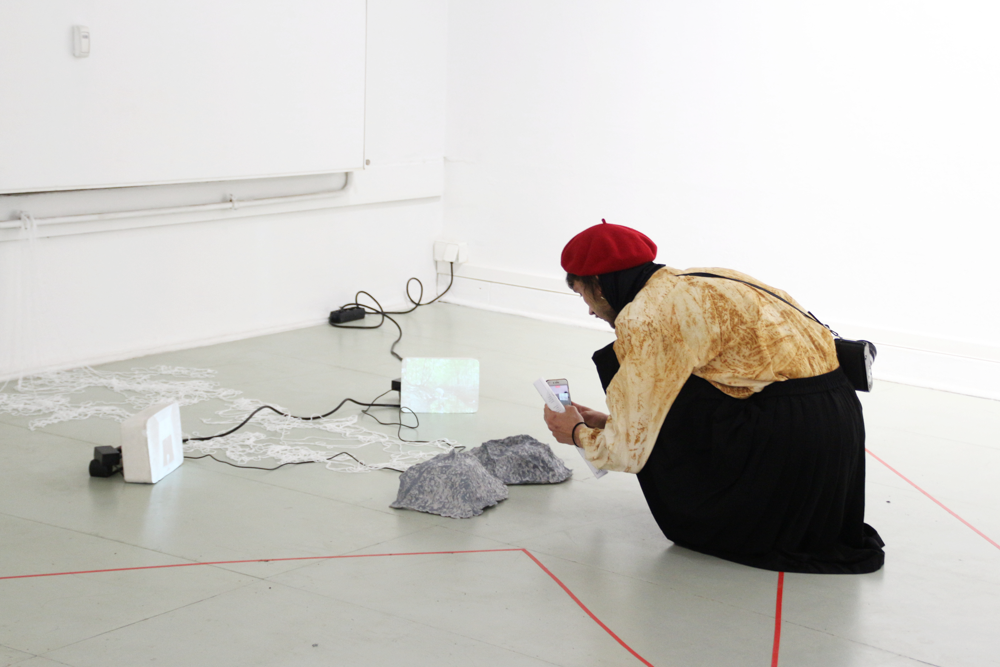 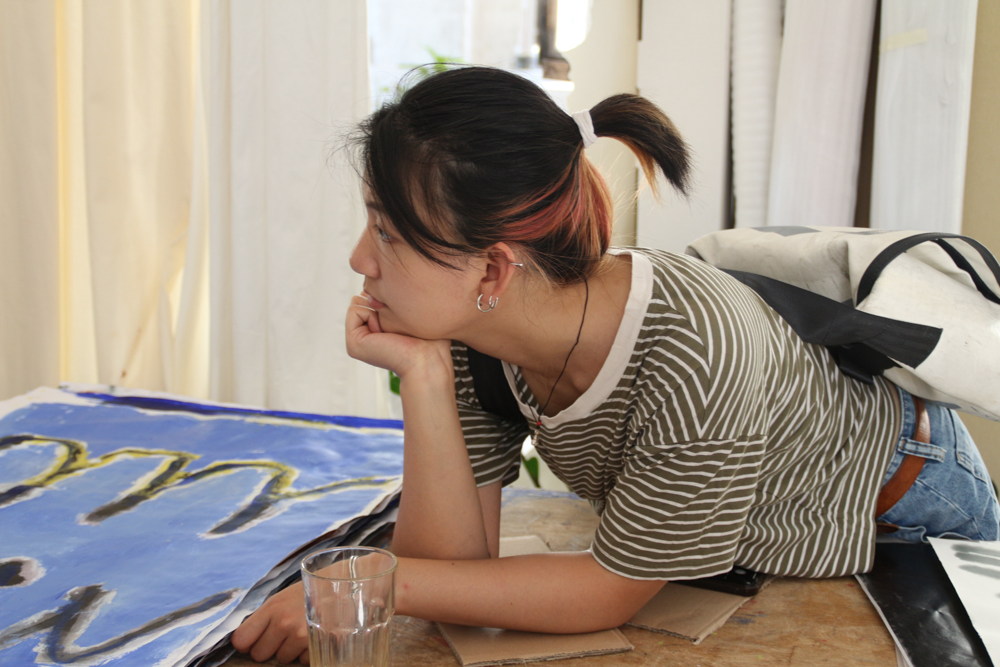 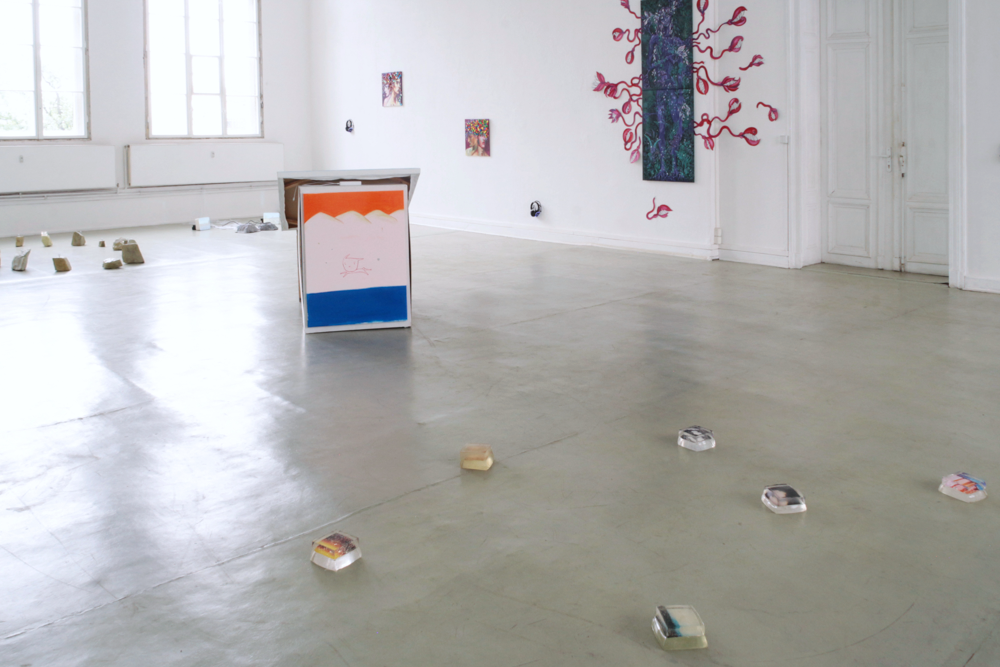 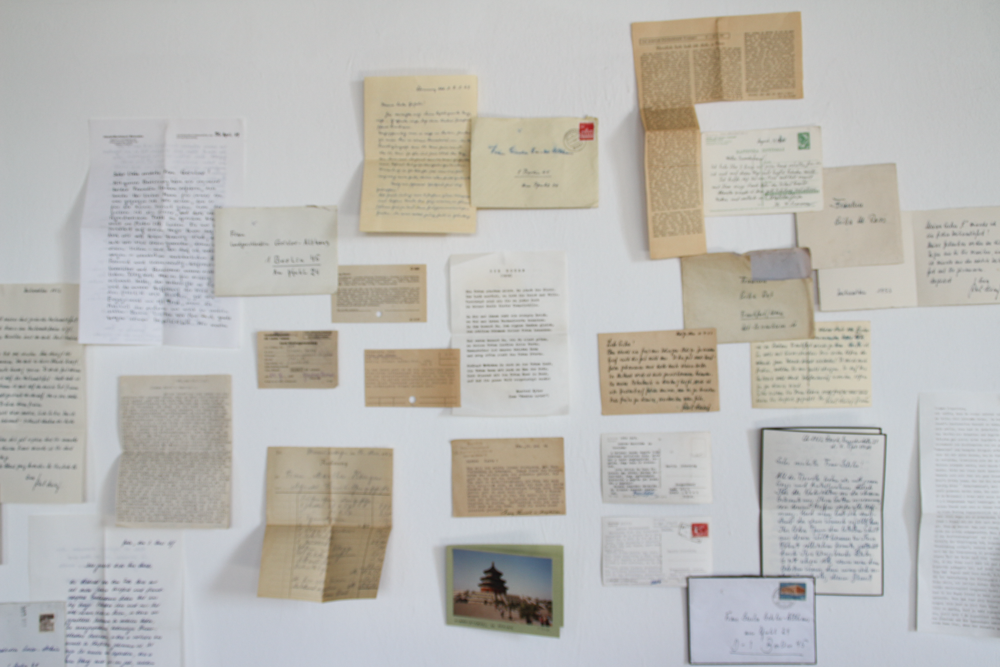 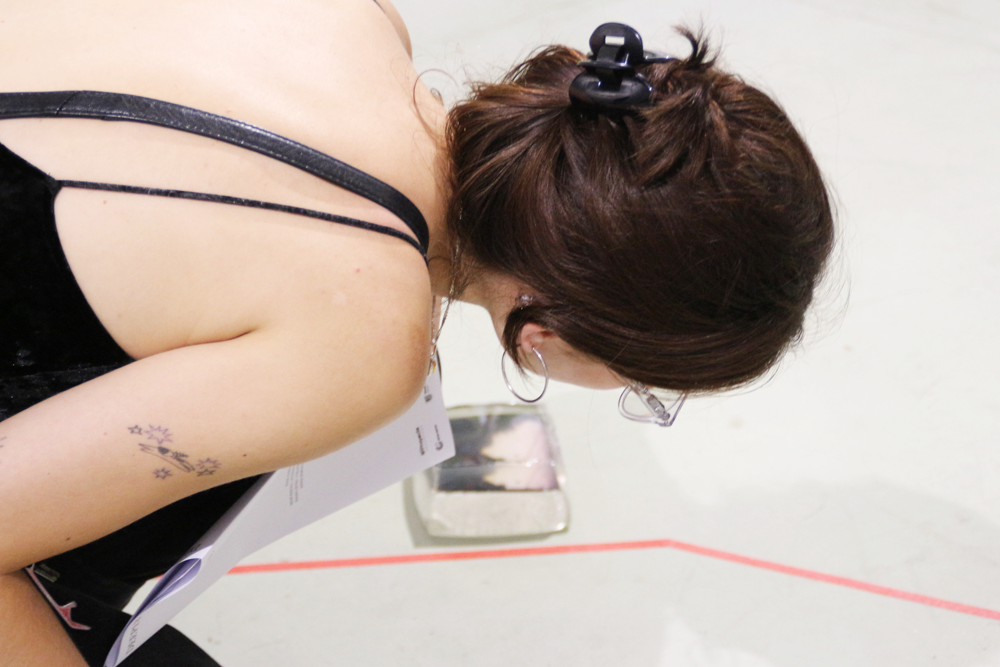 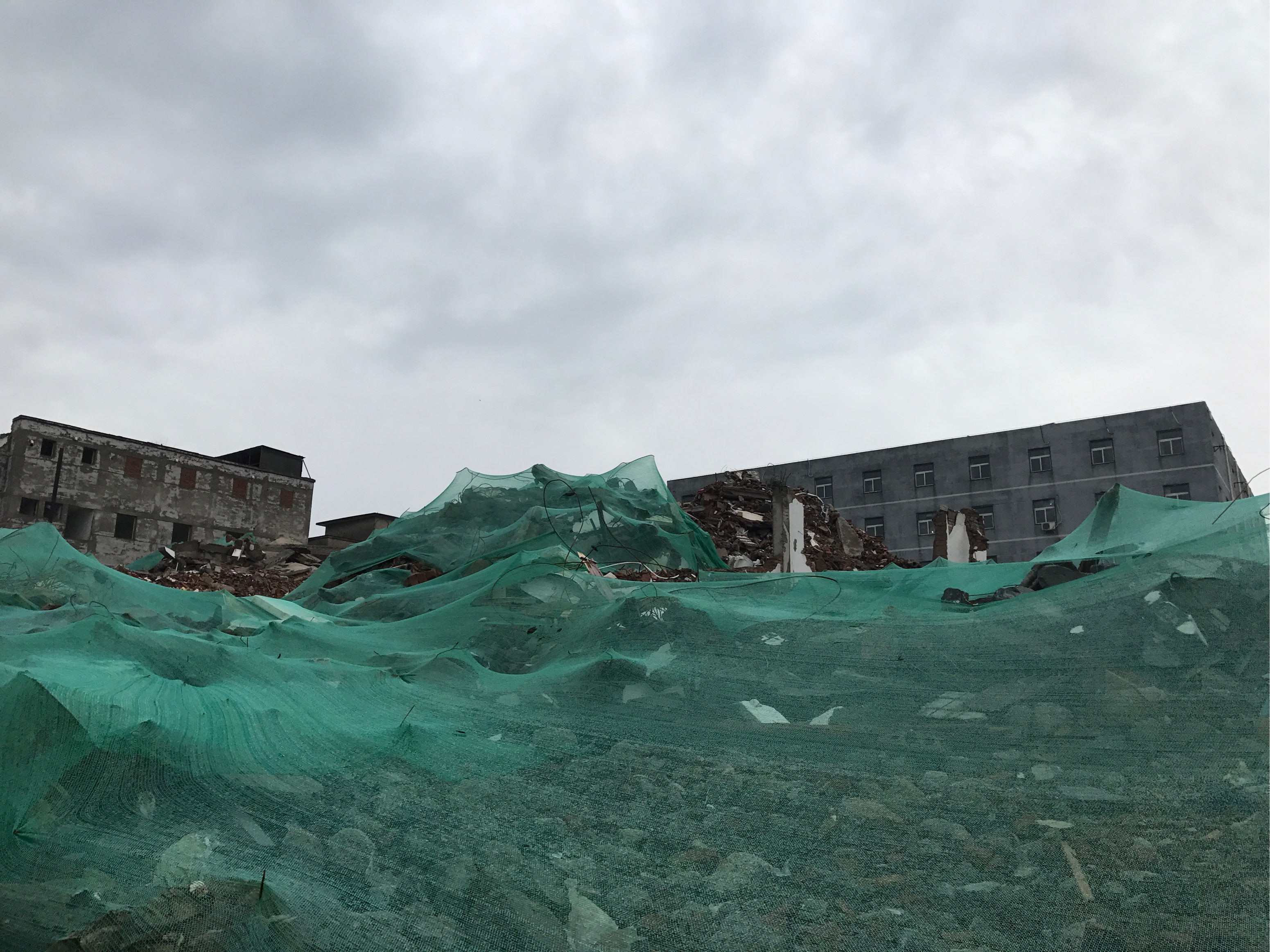 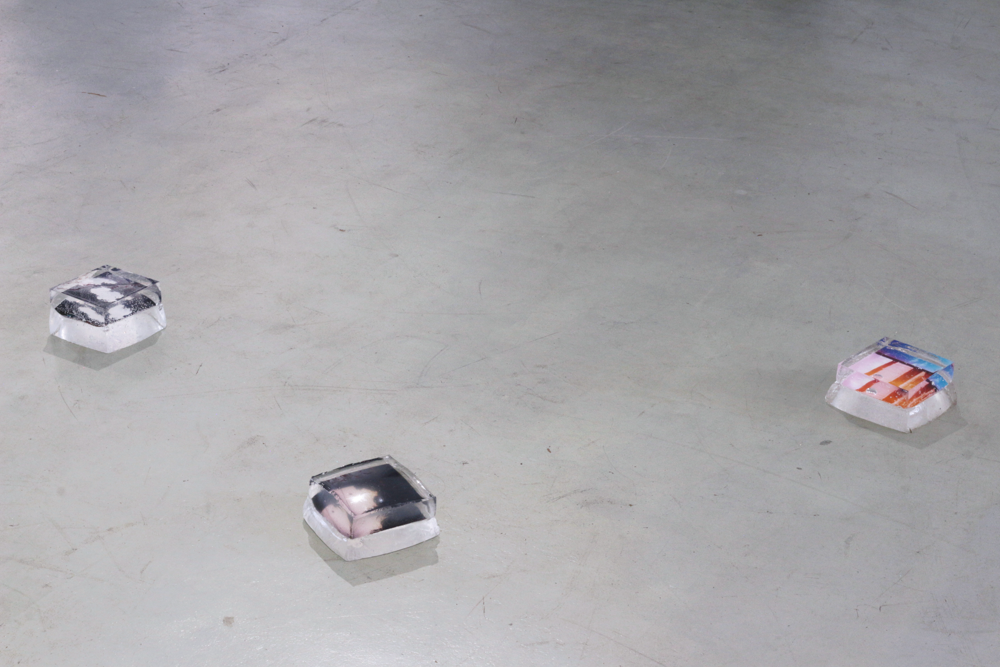 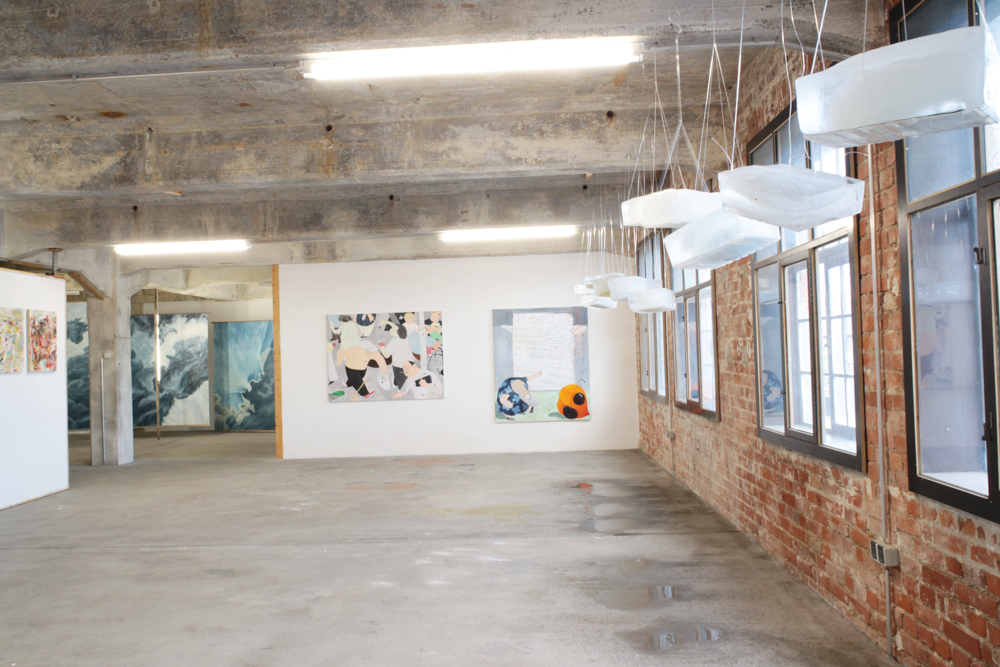 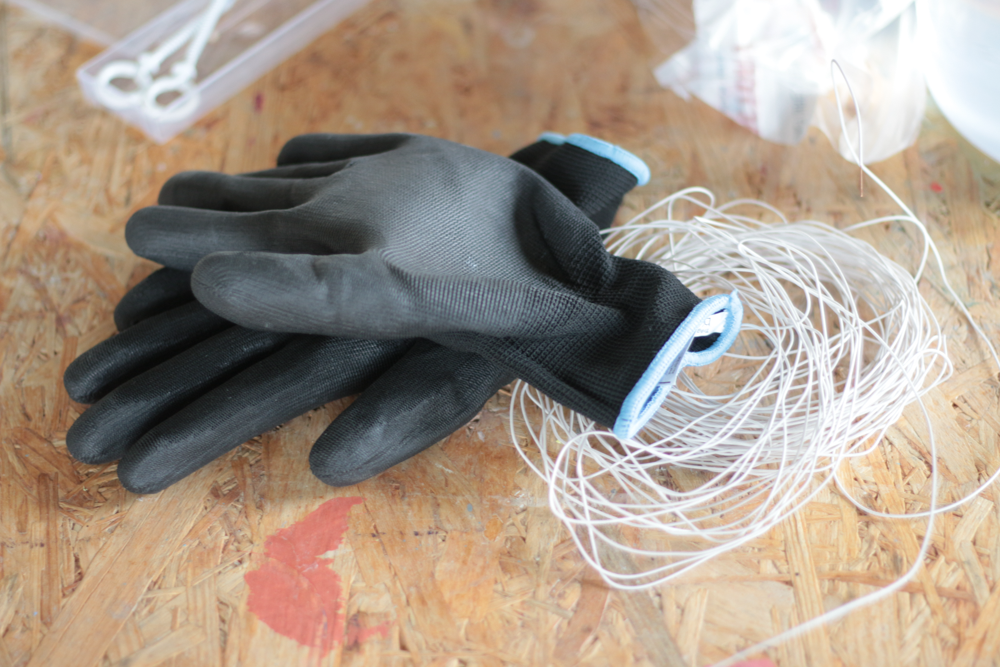 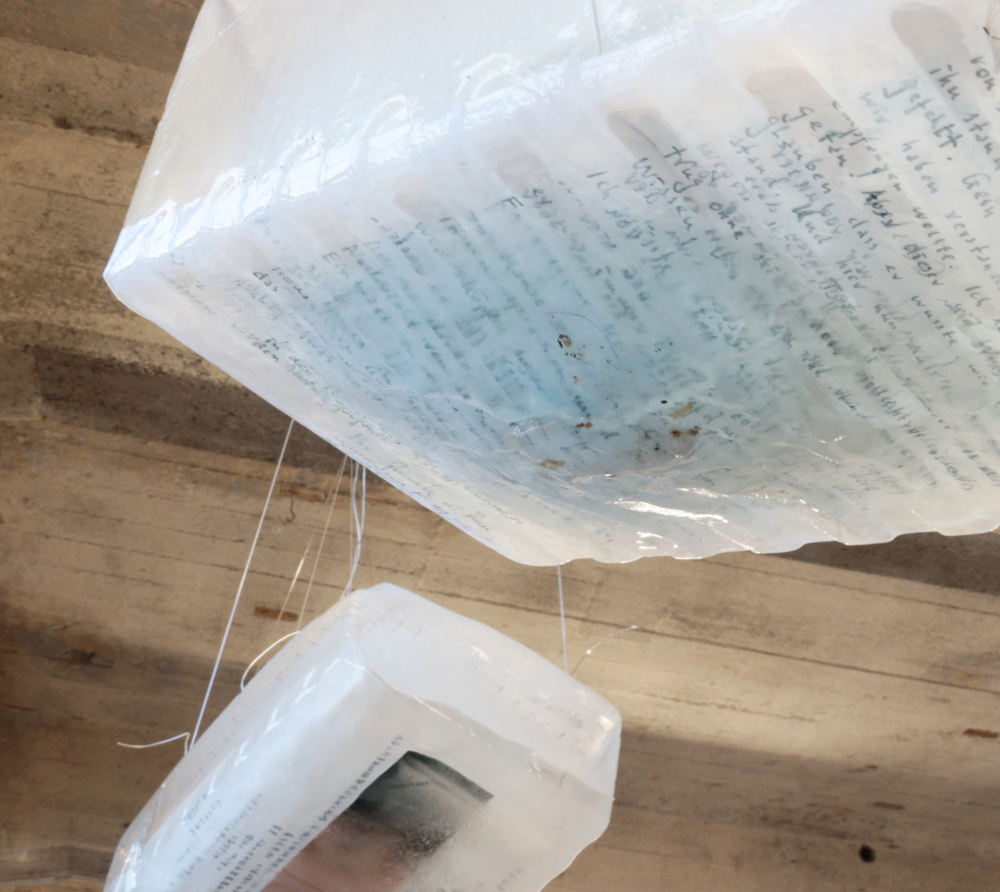 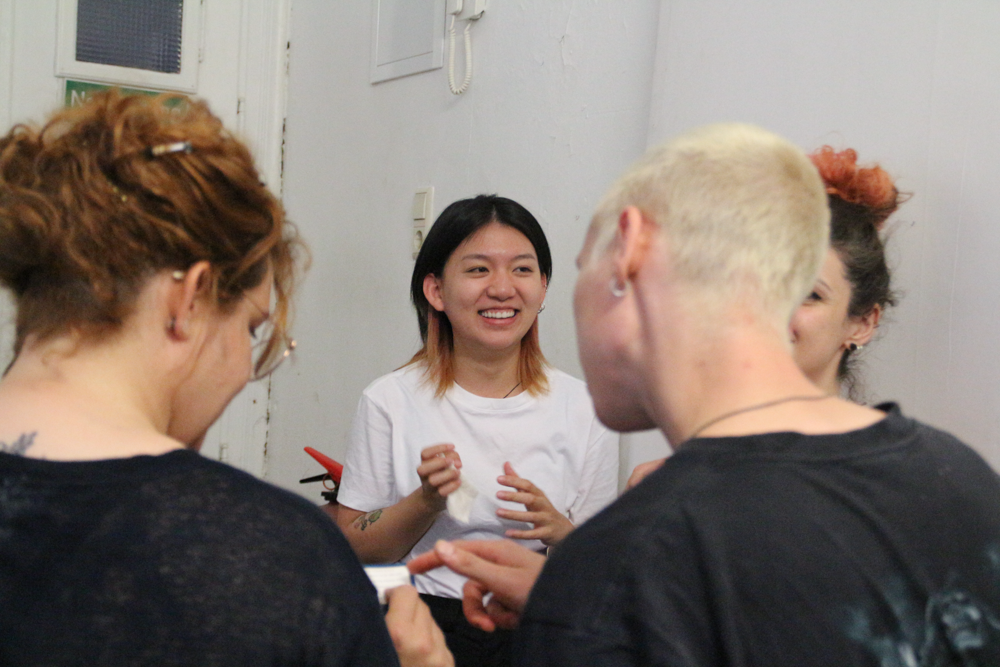 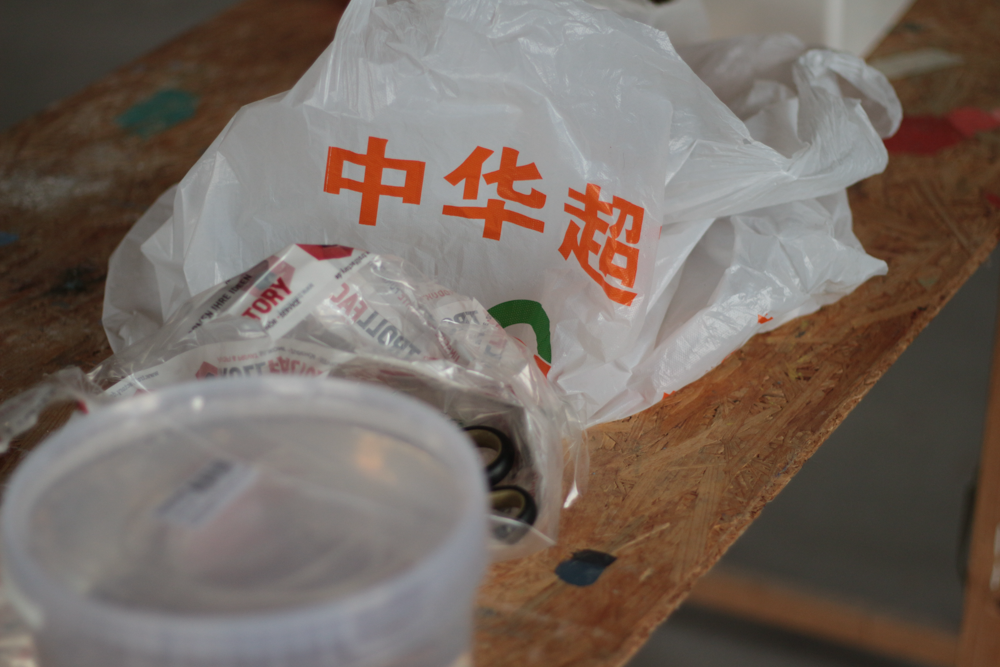 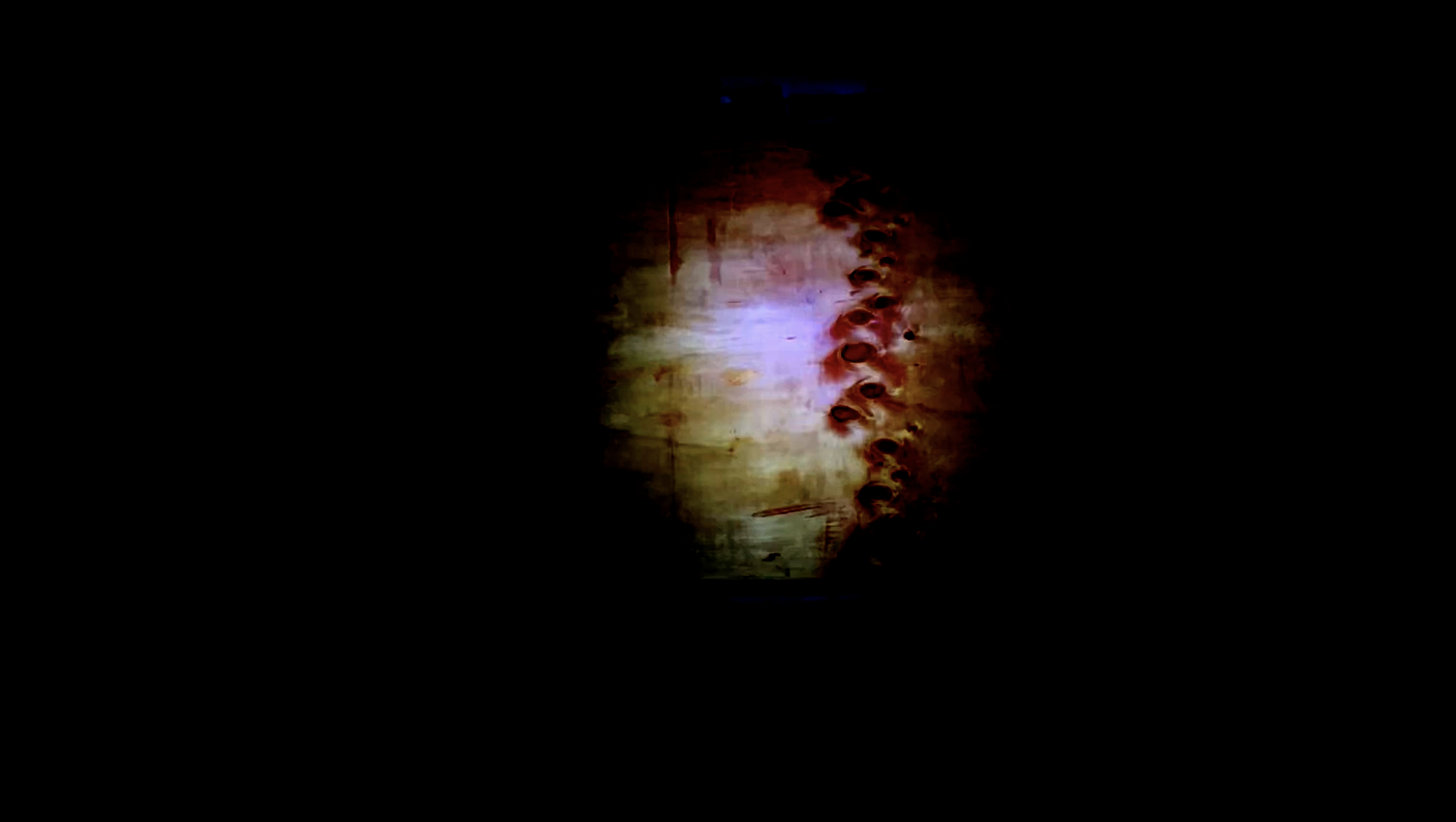 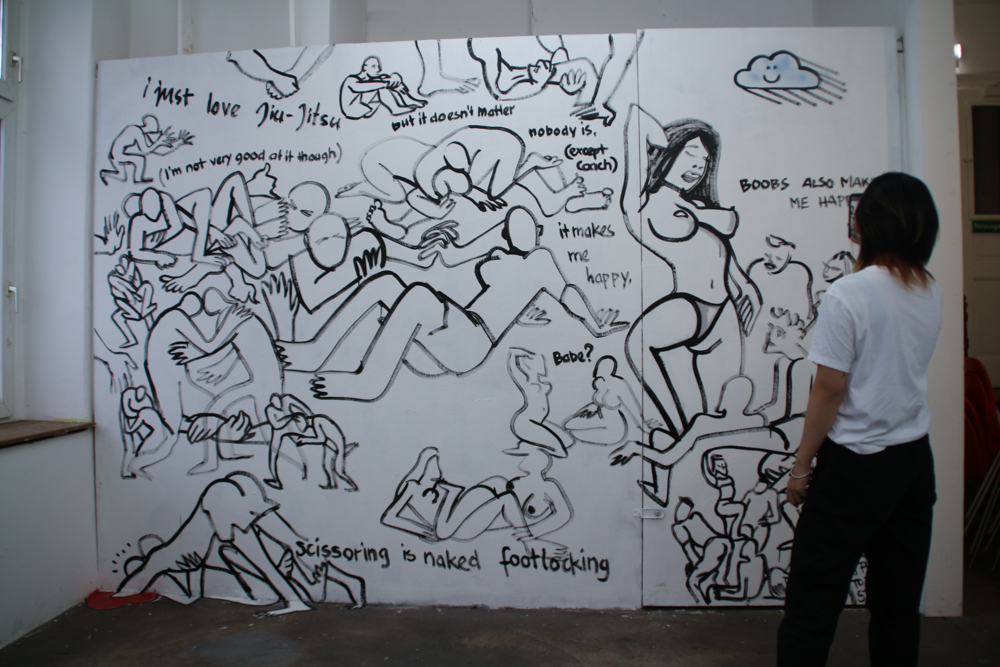 In her series I CAN NOT BE WITH YOU, Yana researches missing people. She shoots herself in the environment where they were last seen, wearing similar clothing. It may seem like it couldn’t happen to us, but 180,000 people go missing in the UK alone each year. That’s staggering! But India’s statistics are even more distressing. 88 women, children and men disappear each hour. Yana’s photos are almost ghostlike once you realise their context.

Yana is home and not home

While in Leipzig, Yana found deja-vu-like similarities between here and her hometown. She would turn the corner and be reminded of a cafe, shop, park bench or moment. This made her feel welcome and homesick at the same time. This warping of time and location found its way onto analog film and encapsulated in jelly wax for part of her works in Deeply Pelusa Life.

The placement on the floor and medium allowed visitors to take the position of leaning over to look from above. It also required an attempt to look from the side at the same time. It is almost as though you need to be able to draw a line with your eyes that looks through the object, curves around, then bounces off the ground in order to look from the top, side and bottom in one glance. This is the way Yana describes her physicality as she moves through her experience.

For her work Fragile, Yana took letters written by people in the GDR and encased them in large blocks of  ice. During the vernissage the ice was suspended from the ceiling. As it melted, rhythms filled the air, replacing the voices that wrote the words. Puddles formed on the floor, replacing the bodies that once were. They were very present, and yet we all knew they would disappear. What was unclear was if the pages could handle the extreme conditions they went through.

Yana is only human

The next day some dangled, having been caught in the monofilament used to hang the ice. Others were curled. Some looked the same as they did when they were frozen. None were destroyed. It was a beautiful portrait of those who were gone, but are now in our memories. Again, Yana takes something complex and turns it into something human.

Keep up to date with Yana’s work on her Instagram. As an International Resident, their work was a part of exhibitions Deeply Pelusa Life and Dreamy Cube Curve.

PILOTENKUECHE International Art Program is a full program that includes international artists, local artists, curators and interns. Our mission is to open cultural dialogue through the arts.